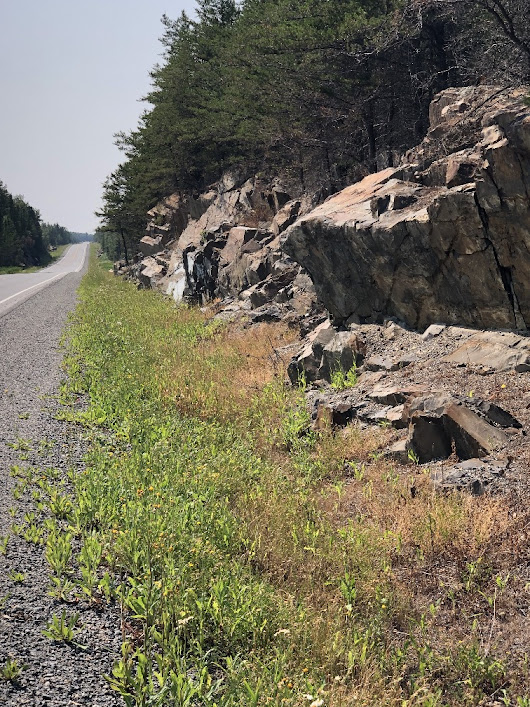 After entering Ontario near Kenora, we veered south on the highway headed south through Sioux Narrows, and for a ways along the international border at Fort Frances.  The hope was for perhaps less traffic, and more lakes, as we have never been this way before.  Lots of major, and minor road construction and paving projects along the way, with quite a number of one-way sections controlled by either traffic lights, flag people, or pilot cars.  I don't really mind that at all, because after exiting one of these sections I let all the traffic go by, and with no one behind me, I can go as slowly as I like without impeding others. That is a problem I have with many of the secondary Ontario highways with either a gravel shoulder, or no shoulder at all.  It makes it very difficult to pull over and let others pass.  On the plus side, they do an excellent job with advising how far it is to the next passing lane, and the ends of the passing lanes are posted well in advance. 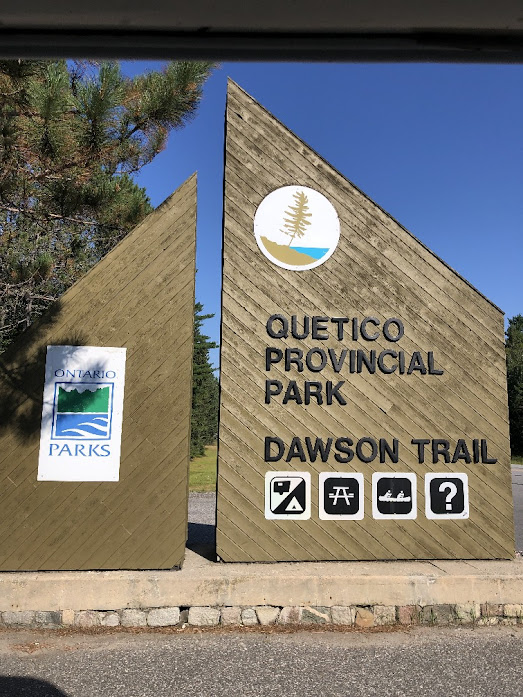 They have these unique 'monuments' along the highway, every 100km or so.  I know what they're for, and they serve a real purpose, but I'll bet most people don't! 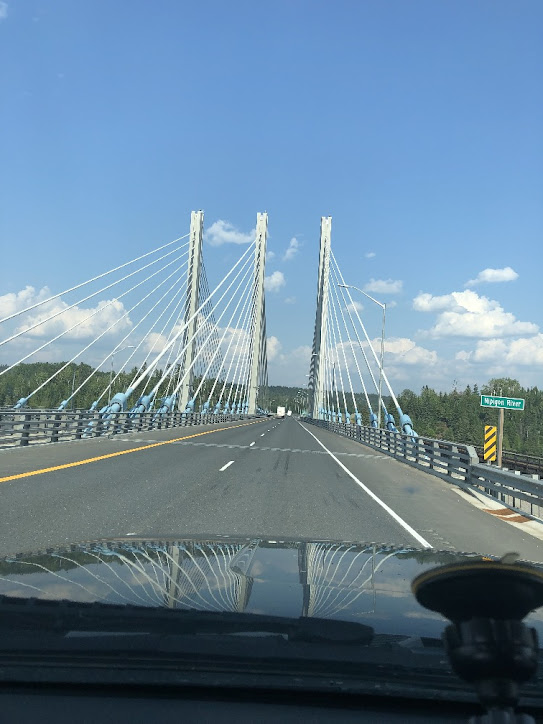 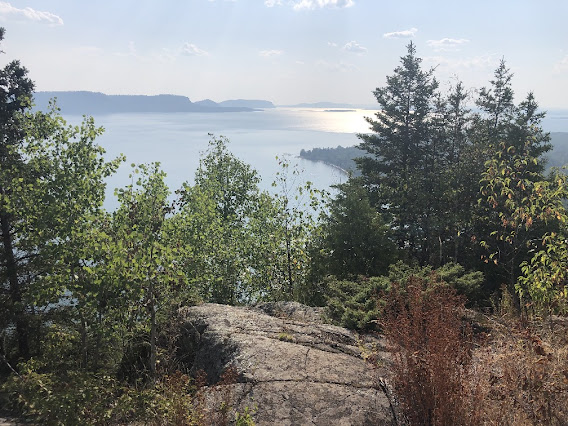 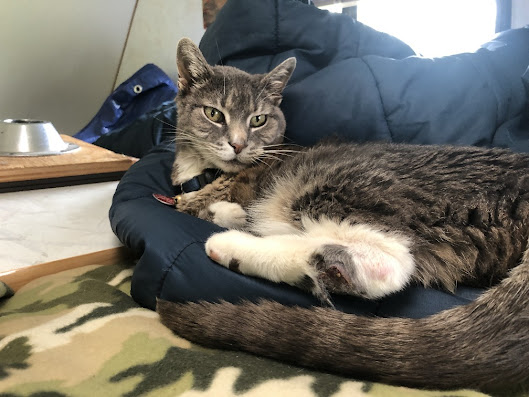 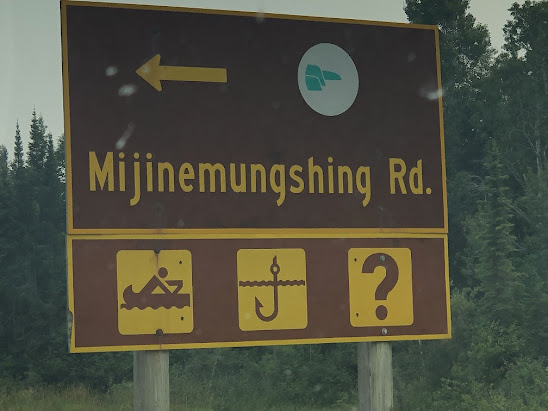 Eventually, the two main routes converge just west of Thunder Bay.  And by the time we reached the shore of Lake Superior at Rossport, the temperatures had plummeted from around 31C to only 21C!

Hmmm?  I'm not so sure I'd call this a 'collision'?  Maybe a squashing, or a mushing!  At any rate, slow down and watch for slimy crawling things!

I wonder where the 'insensitive' amphibians hang out?

I kept seeing these signs offering a free can of beans - already opened. 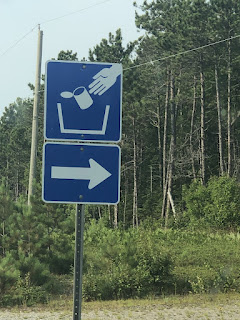 But when I'd get there, I'd find the price had gone up to $500., but at least it included a free hammer! 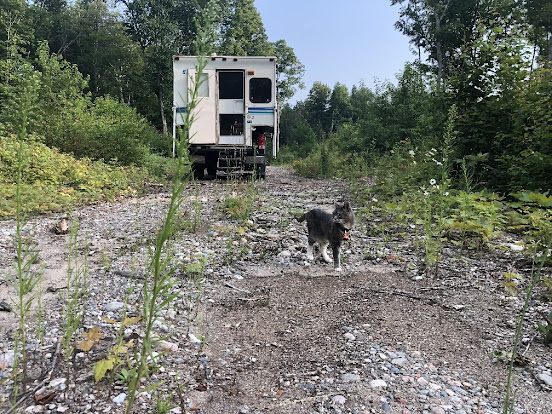 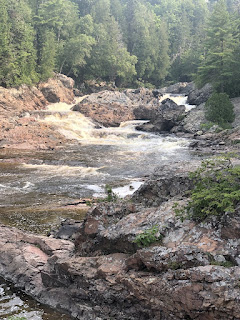 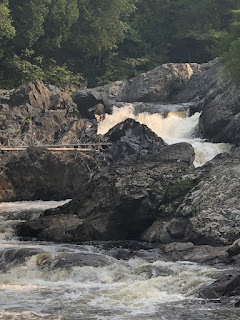 You know you're in Ontario; when you find snowmobile parking inside the patio! 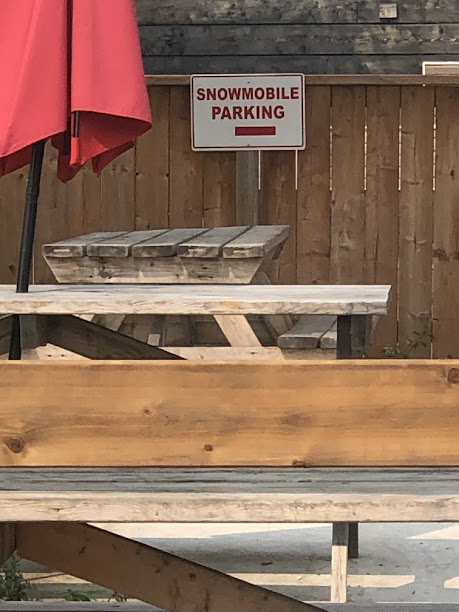 Traveling can be tiring ... 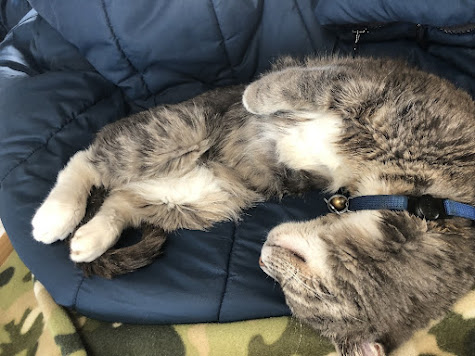 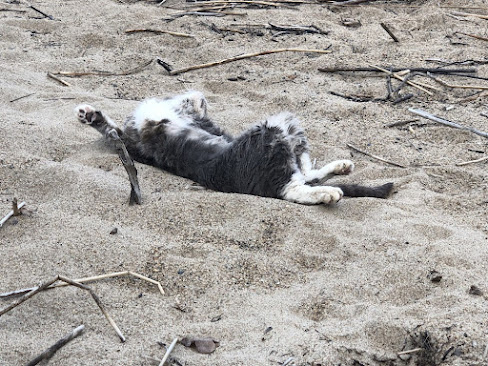 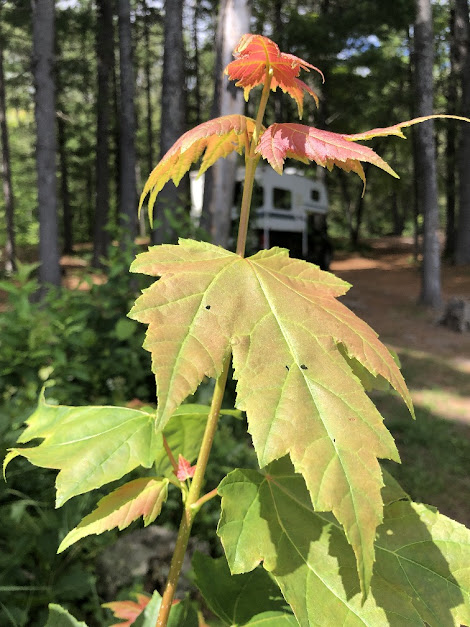 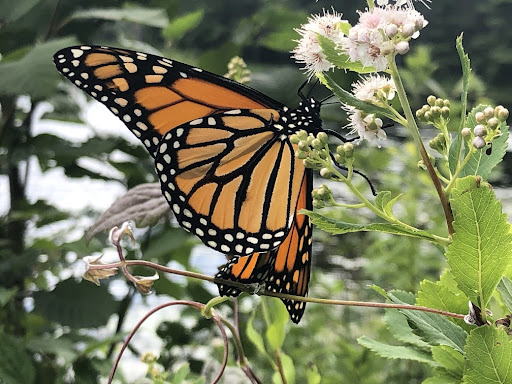 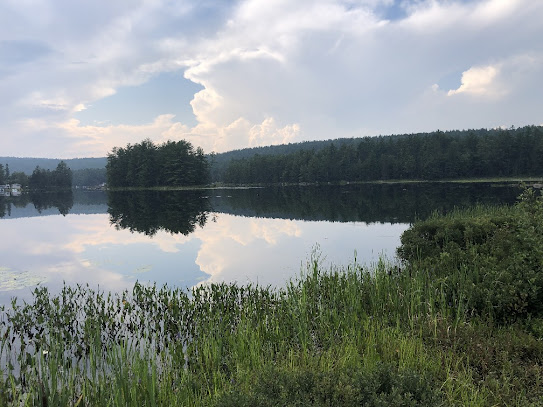 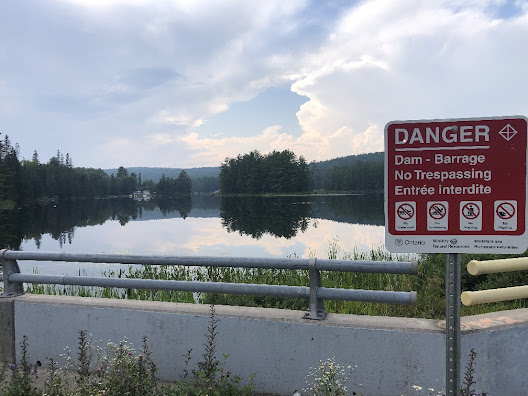 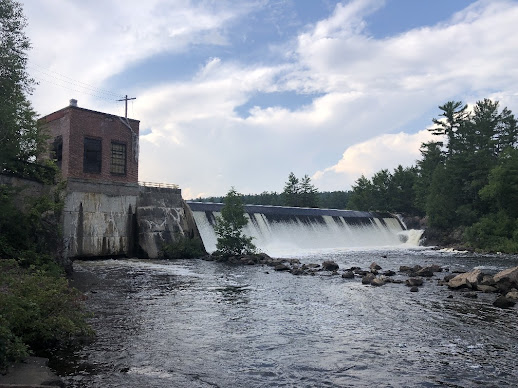 Well, who would have guessed, but the blog is pretty much up to date, for the first time in a long while.

Stay tuned to see where we end up, as we have no idea where we're going, or how long it will take to get there! 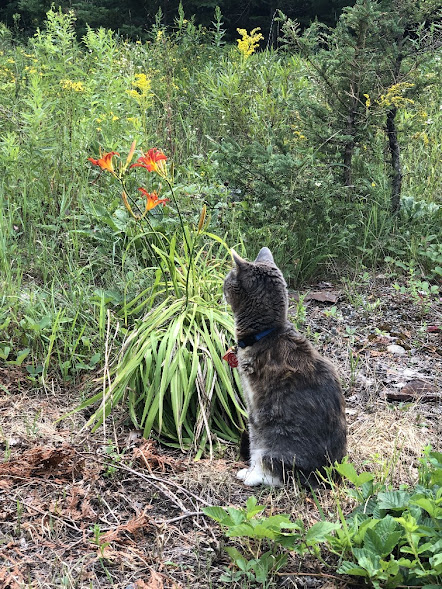