Hold your hats, it's a new blog post (if Google cooperates)!

Well, it's been a long time since the last post, but we have reached the longest night of the year, so I hope everything starts to look up from this point on?  At least we can see the start of the tunnel,with a faint hint of light at the far end!

Somehow, the last camping trip of the summer season back in October seems to have missed the earlier blog posts, so here's a taste of that trip eastward into Saskatchewan, and Prince Albert National Park. It was very quiet at that time of the year, so we had it mostly to ourselves, which is just fine. 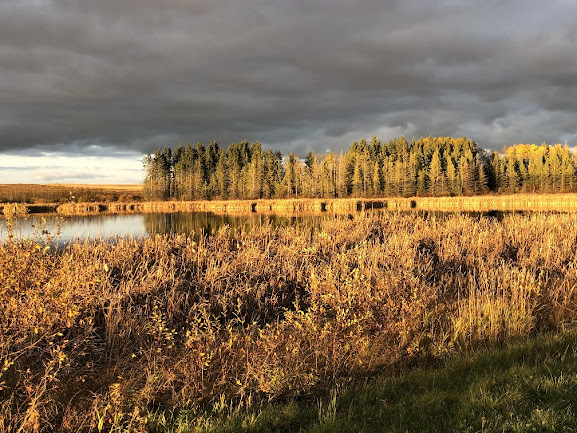 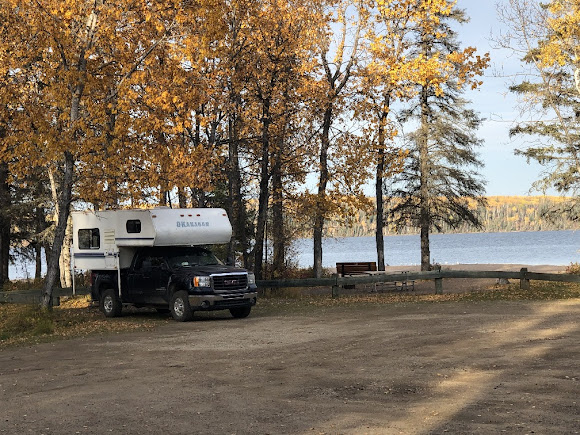 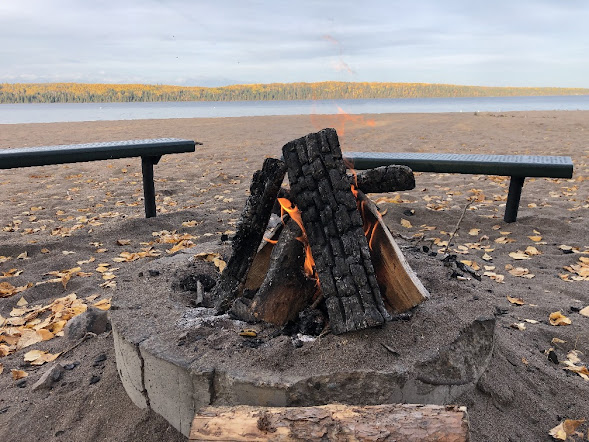 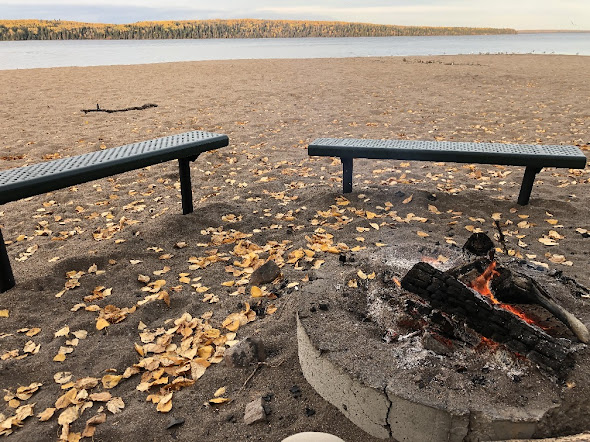 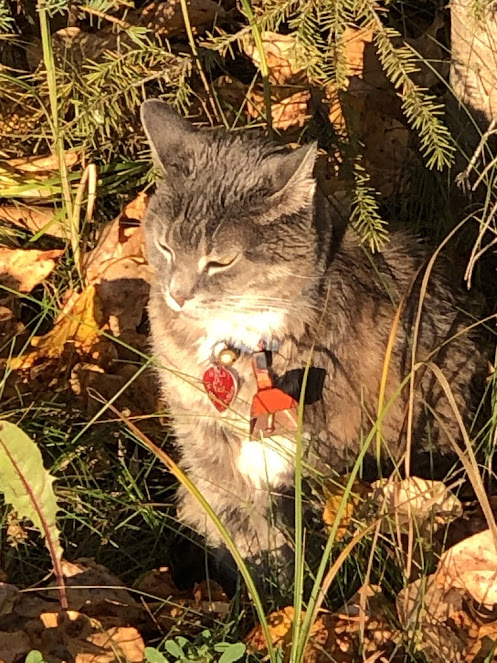 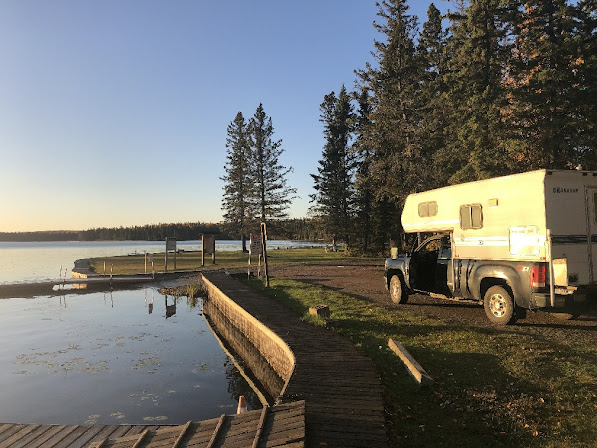 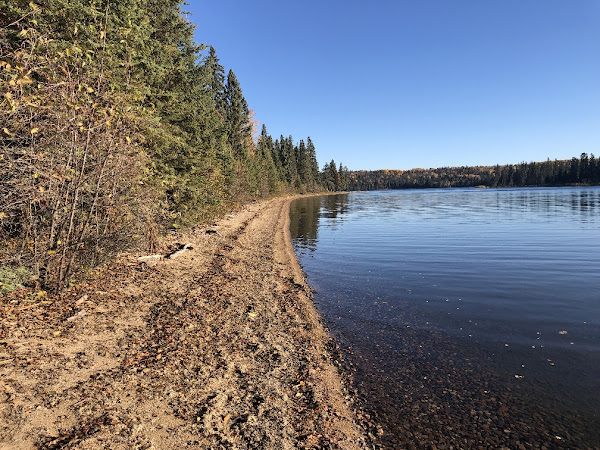 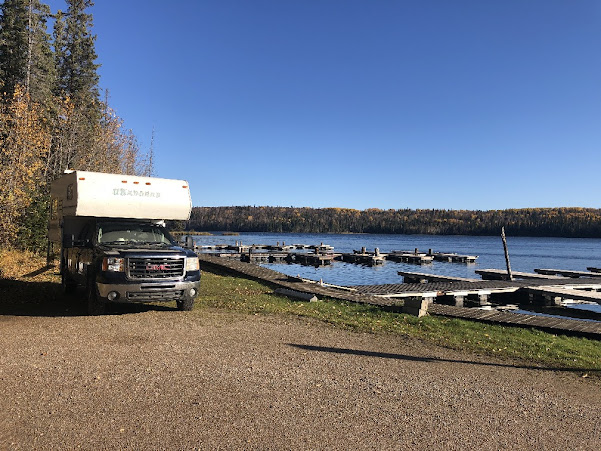 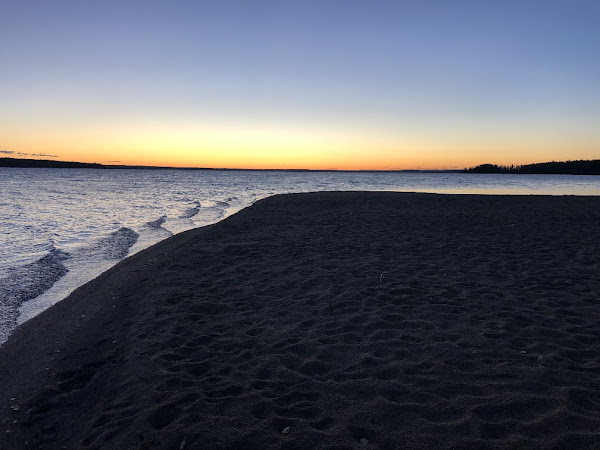 On the way home, the snow geese, not having gotten the Covid memo about the border, were preparing to flaunt their freedom and head south for the winter! 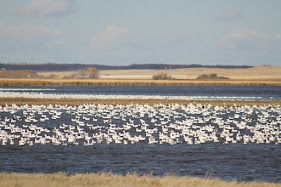 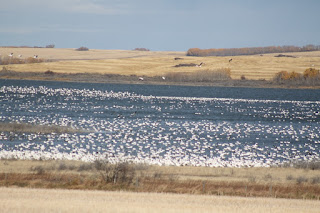 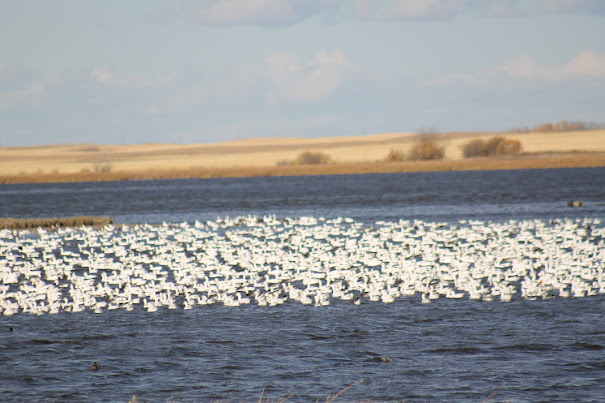 I noticed that some of the farmers along the way have gone high tech, with these cool wireless weather stations in random places around their fields. 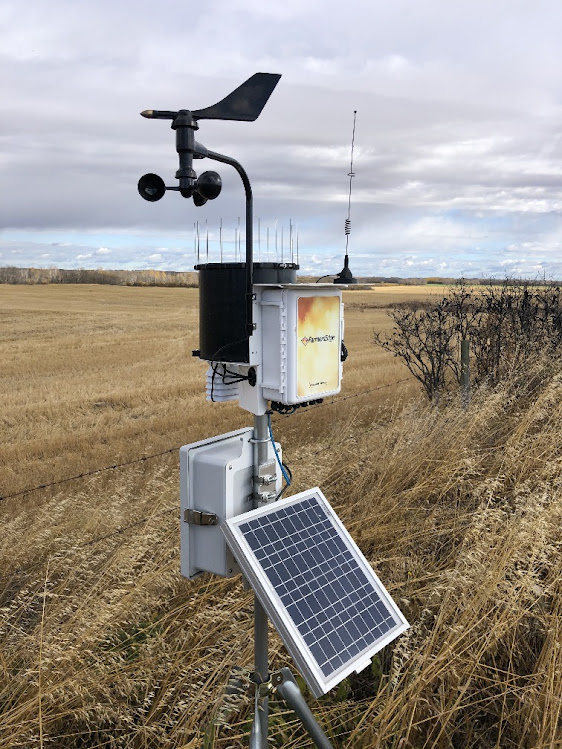 When I got home in early October my old water bomber buddies were still racing to put out some persistent fires to the south west further into the foothills.  Luckily, they got them knocked down before the first snow came on October 12th, when I drained the fresh water in the truck camper.  Of course, I didn't bother to winterize it, which was a mistake and even the daytime temps were not climbing above the freezing mark.  It took quite a few hours with heaters going and the furnace on before I could sadly winterize it.  Meanwhile, the 5th wheel is still sitting, where I parked it and winterized it back in April.  I left it's solar panel out - which is doing a good job of keeping the batteries topped off - as long as I clean the snow off the panel!

Woke up to a temperature of -27C (-16.6F) on the 25th of October for crying out loud!  Here we are near the end of December, and we have yet to exceed that foolishness.  My truck started OK, but having spent only one previous winter in the north, I could tell it was ready to hook up and leave! 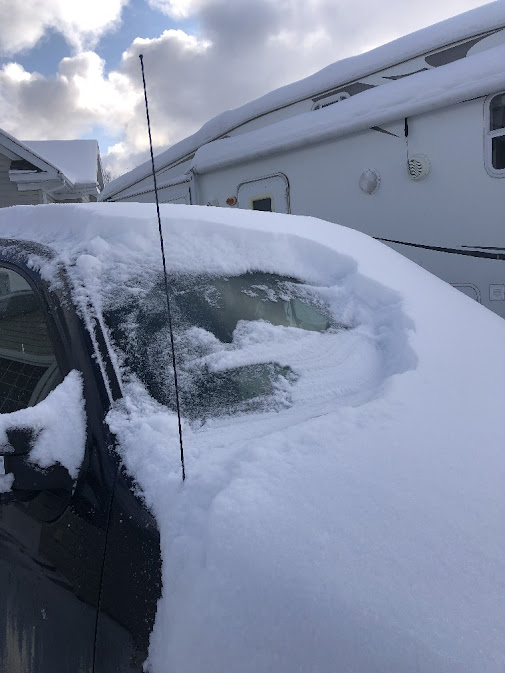 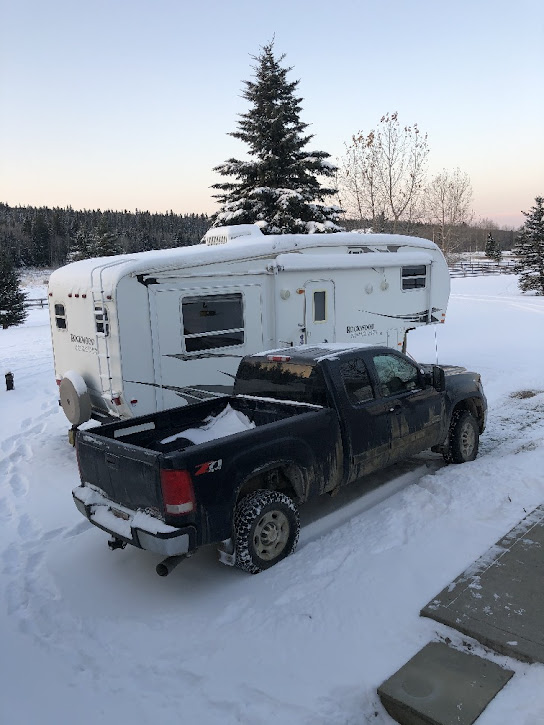 Hailey's vets had her on some special food (for allergies?).  Picked up a case at the local vet for $94 CAN.  Checked with the company online and it sells for $38.50 US down south, but they won't ship retail to Canada.  Someone is making a killing along the way!

Around the end of November it was becoming clear that we were going to be marooned up here in the land of cold and snow, so emergency measures had to be taken.  First, I started to build me a skating rink to give me something to do.  I think I average about 6 hours flooding and clearing for every hour skating. Mission accomplished.  My hockey skills are coming back. 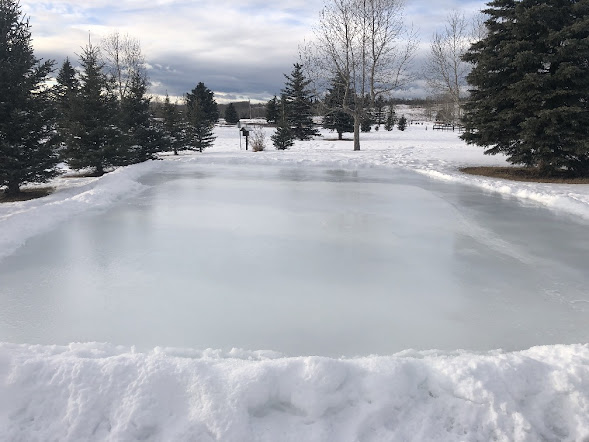 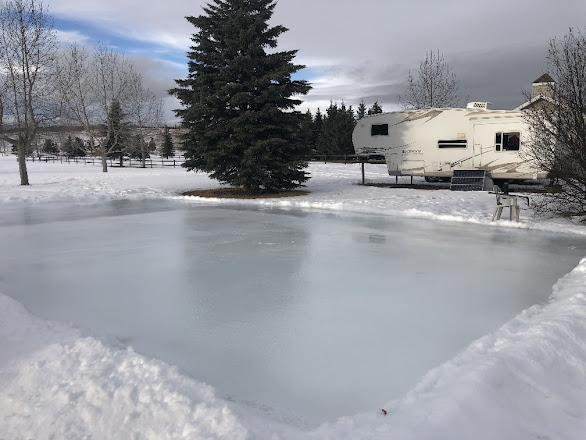 On the other end of the spectrum, I decided it was time to re-enter the world of hot tubs, having hauled my old one to the dump when I made the last move.  I only wanted a small one this time (110V), but everyone is having the same idea, and most were back-ordered till well into the spring.  Finally, a small one became available, so I can now thaw out at will. 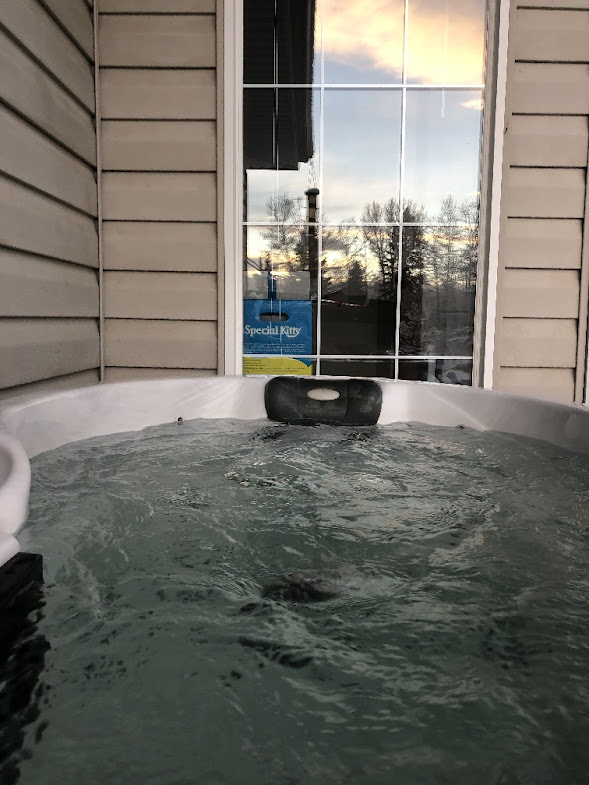 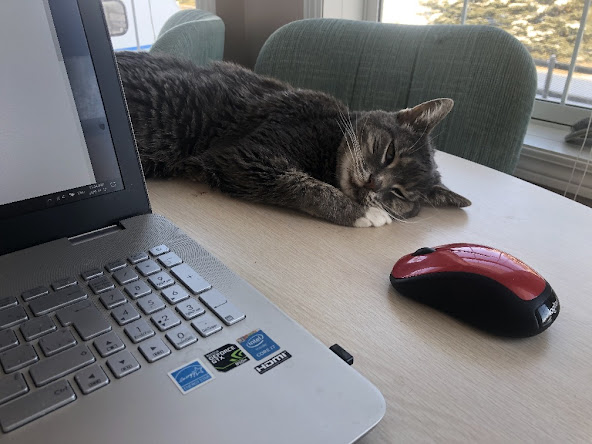 Wow, this blogger editor is a piece of work.  And I don't mean that in a nice way.  Awkward, stupid, counter-intuitive.  Can't move the photos where I want, but finally got the text kind of in the right spot. But now the formatting is not available!!
What I was trying to say is that unlike Al's feeders in Bayfield, mine were getting swamped with birds back in the late fall, but now there is only a few chickadees visiting mine.  And, one squirrel! There were a few Blue Jays, a Hairy Woodpecker earlier, but they all seem to have moved on. 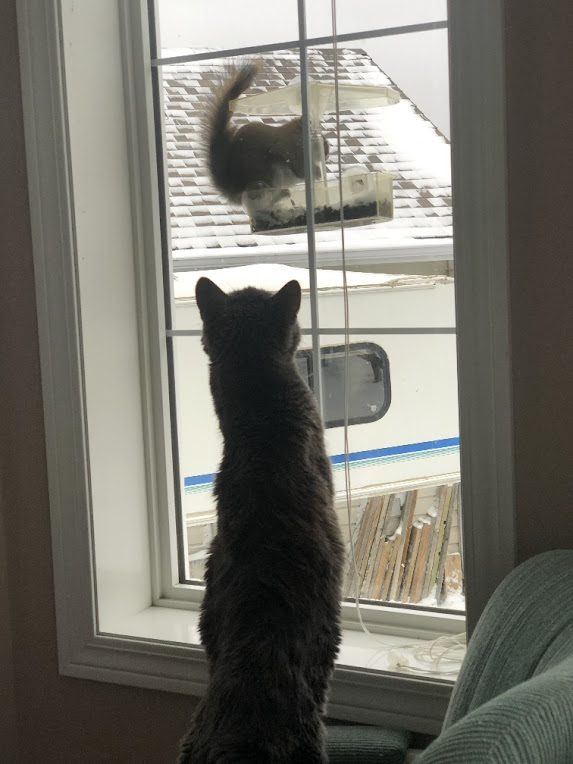 Speaking of Al ...  I think the builders of his Tim's and my local Esso & McD's are having a race! The Esso has been open selling gas for a while, but the restaurant has not opened yet. 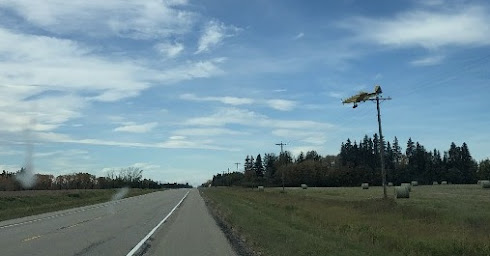 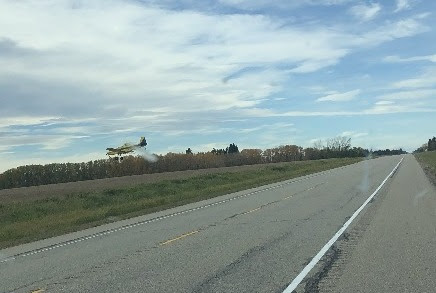 Nice work on that text formatting (above) Blogger!!!  Then, it 'disappeared' the text and I had to re-type it.  No doubt it will show up double in the final version! 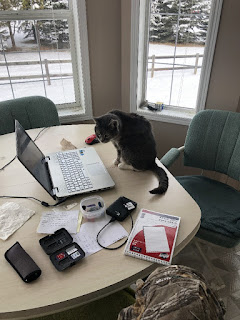 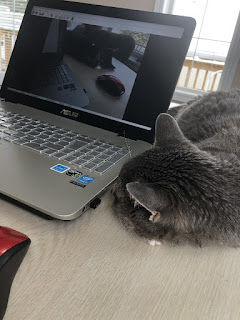 Sent these photos of a local road to the county to warm them that it will almost for sure wash out in the spring even with normal river flows.  They replied that they are starting the planning and permitting process next year to do the repairs.  Pretty sure they are just going to wait till it washes out, then go for emergency authorization! 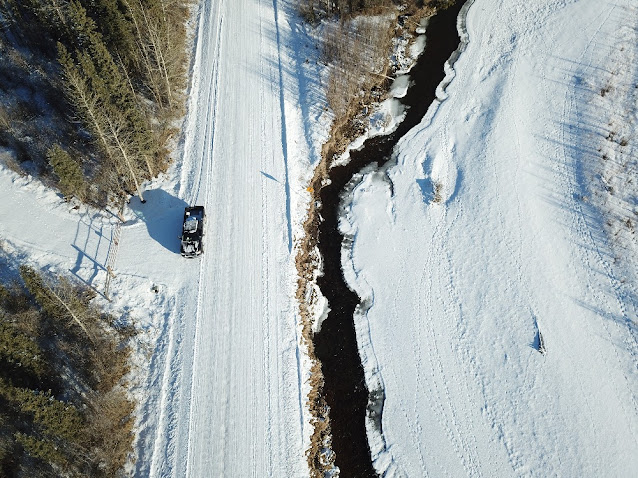 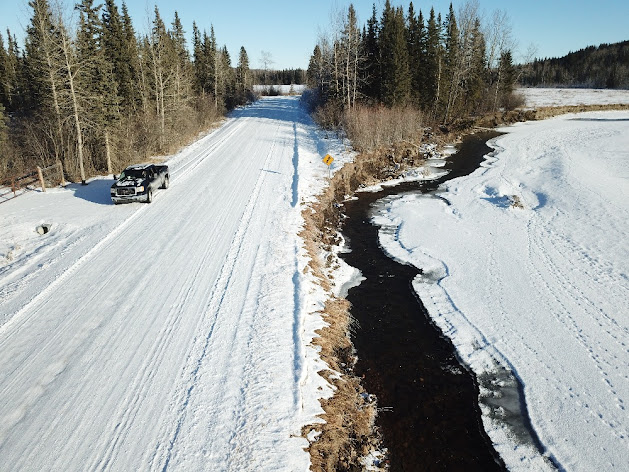 When not skating or soaking, we've been fighting off the blues with various slide shows or videos on the big screen TV of some of our favourite warm southern places, as below.

I've also downloaded a lot of RV travel vlogs, and watch them on the big screen ... 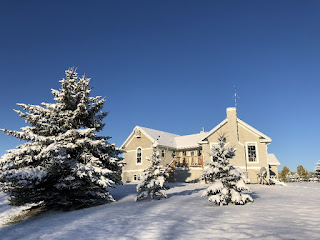 I hope everyone has a Merry Christmas, and I think we all need a much better year in 2021.  Stay safe everyone. 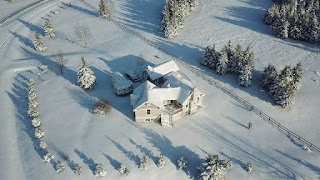 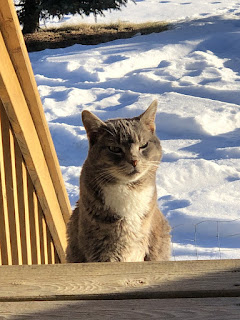