It looks like we spent almost 10 days, camped in the Mojave Preserve, south of Baker, Ca.We were a long ways from I-15, and a fair ways off pavement.  Average traffic past our spot was <1 vehicle/day.  During the long weekend, we could see the solid line of traffic in the distance, and we were SO glad we were not part of that rat race. 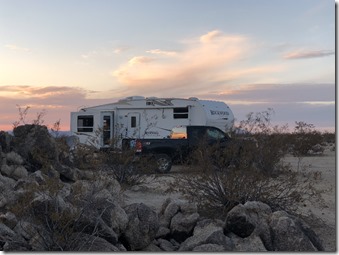 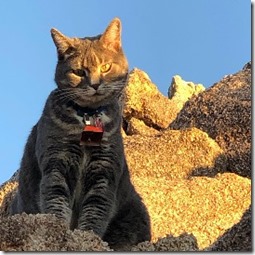 There was a nice mountain complex beside us, so that provided some exercise exploring and scrambling up the various peaks, or walking entirely around the rock in the desert.

As per usual in these spots, my floor magnet picked up a good quantity of nails from the various abandoned fire pits – from past idiots burning pallets.  Lots of broken glass, from target practice no doubt, was picked up and hauled to the bins in town.  Overall though, the area was pretty clean and well kept.

A bit of burro sign seen in the desert, but none were spotted.

The area has an active volcanic past, so back trails lead to some very interesting formations.  One of these is a small lava tube that you can walk down inside.  There are stairs leading down into it in one spot where the roof has collapsed, and then you can go a few yards in either direction. 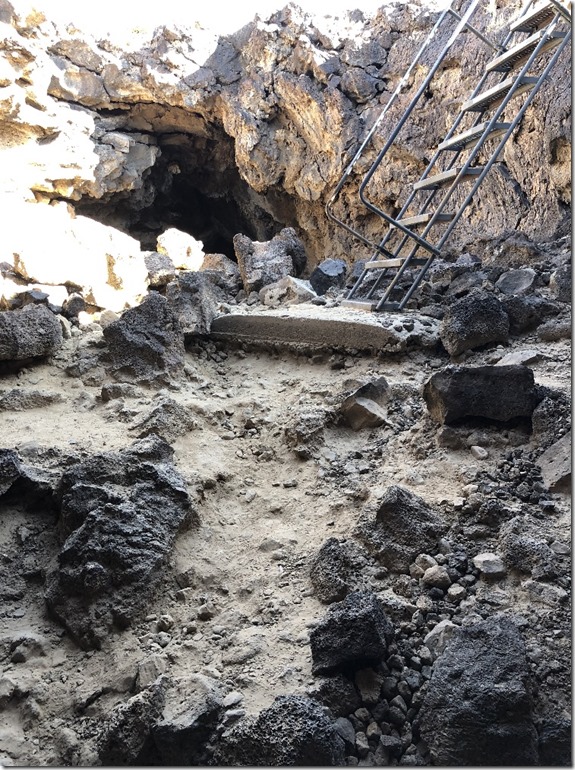 On the surface, next to my light is a small hole, less than a foot across that leads down into the cavern.  Inside, this is a hole in the ceiling, about 10’ over your head. 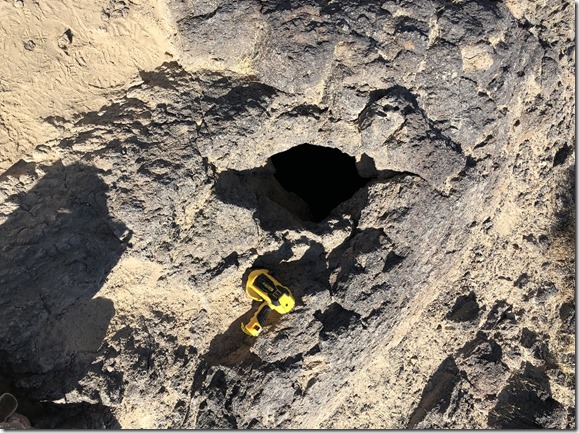 At this spot, the road ended at a dry waterfall in the wash. 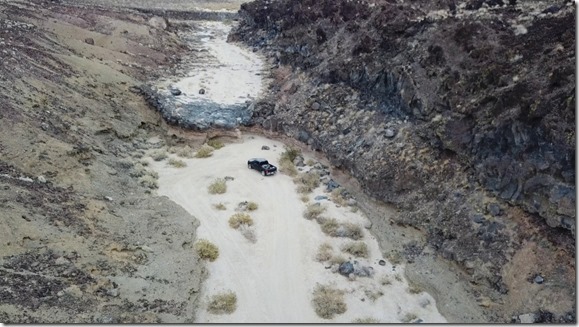 Several evenings Hailey was indicating mouse-like sounds, but they were coming from high on the walls or ceiling, not the usual mouse haunts.  Finally went outside with a light and found that it was a large group of bats circling the rig, and presumably landing on the roof or walls that was creating the scratching sounds!  That’s a first. 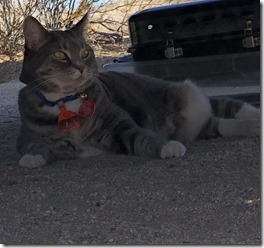 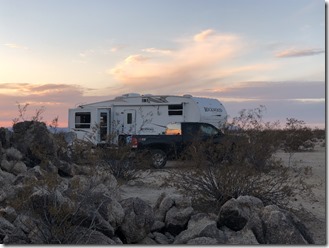 Found these spider dens out in the desert. 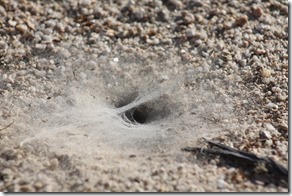 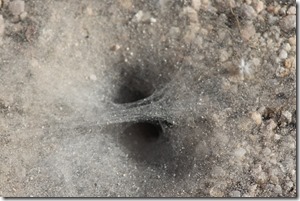 I had one neighbour for a few days, but we each had our own private side of the rock pile. 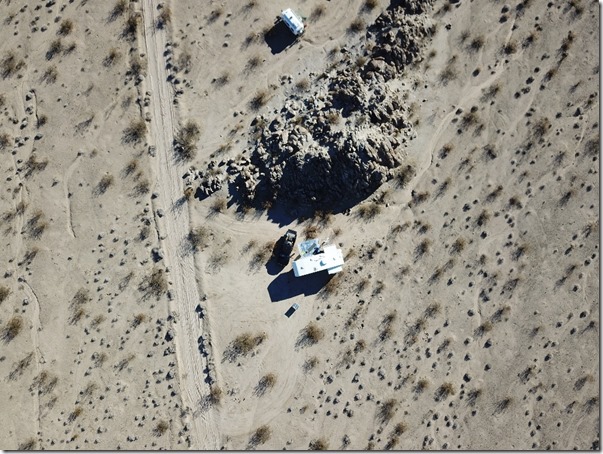 After departing that location, we found another scenic spot for an overnighter. 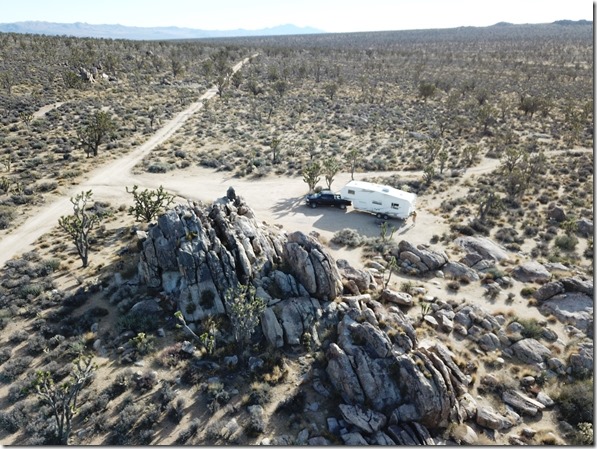 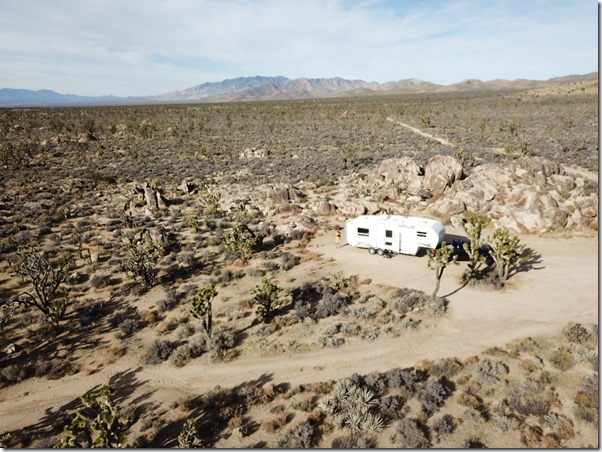 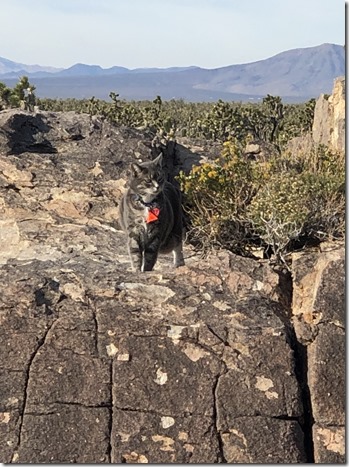 Hailey climbed a Joshua tree for a look around the neighbourhood. 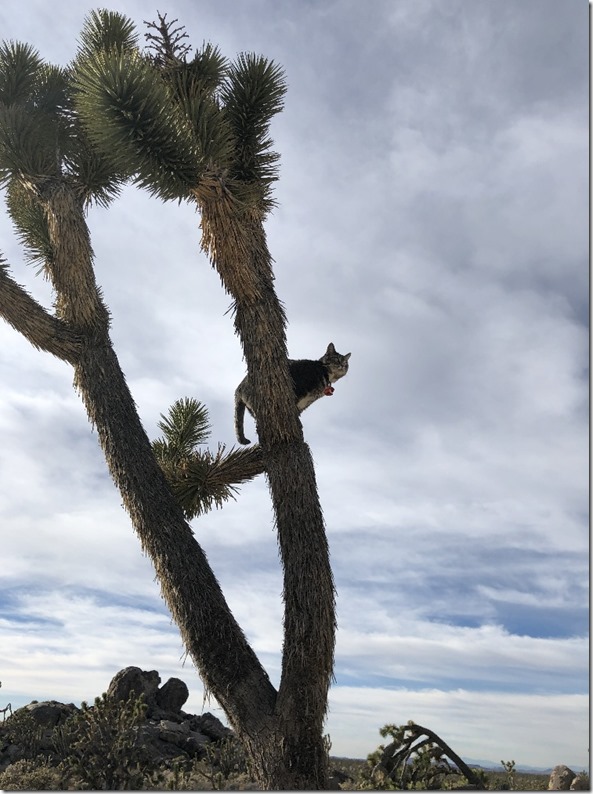 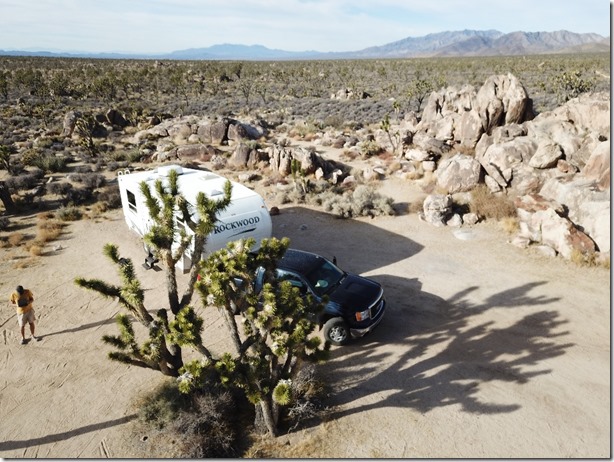 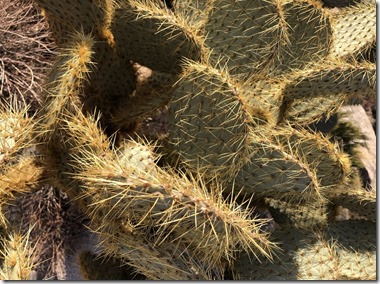 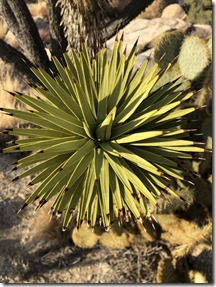 This is the Mojave Cross, on the Cima road, inside Mojave National Preserve, also known as the White Cross World War I Memorial.  It was the subject of a court battle that went to the supreme court.  So now it sits on a small parcel of private land – surrounded by the Preserve.  You can read all about it with the link above. 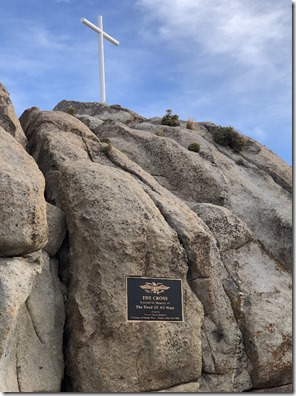 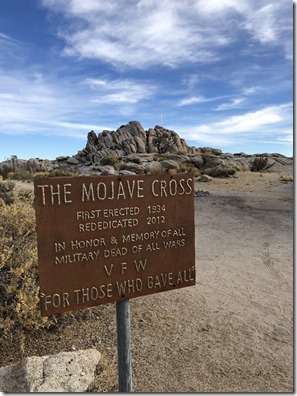 I hiked up Teutonia Peak nearby and checked out some abandoned mine workings, but passed on the higher Kessler peak hike.  It is high elevation and sunny, but fairly cool, so only spent the one night there.

From there we headed back eastward to Searchlight, Nv, but had to dip into my fuel reserves to get back to the much cheaper Nevada prices.  After topping up the propane as well we headed down to Six Mile Cove on Lake Mohave, meaning to just check it out. 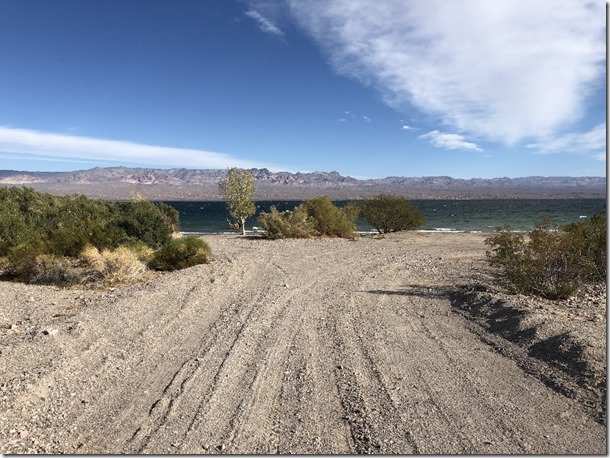 But the long road down to the shore was so rough with washboard, we decided to stay a few days.  The area was much cleaner than when I had visited years ago, but there is still abundant trash back in the bush and along the shoreline.  Only saw one Roadrunner, and wondered if it was the same one that came face to face with Hailey in the same tree when we were last there!  There were only a couple other rigs there, but it got a bit breezy, so that attracted a bunch of kite boarders. 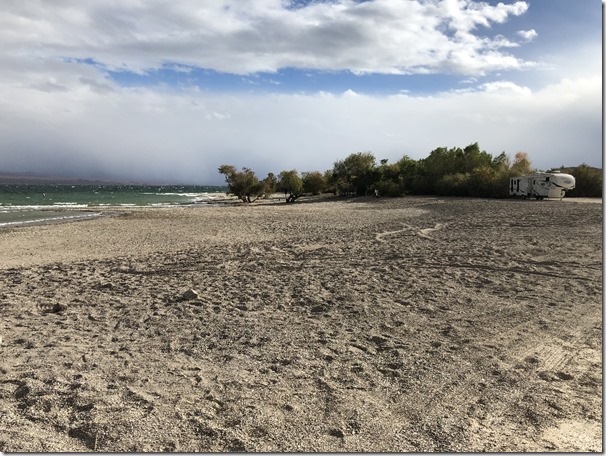 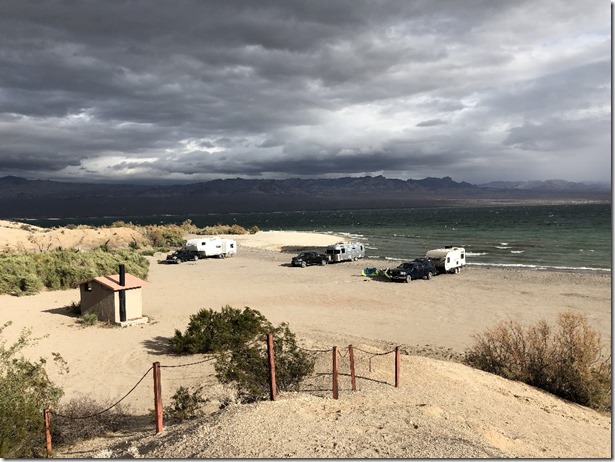 AT&T signal was weird there.  It would be strong for an hour or so, then be gone for longer.  Even on the surrounding hills it was not consistent.  I’ll use that as the latest excuse for not updating the blog.  Nice neighbours from Missouri felt sorry for me and picked up some cold beverages for me on a trip back into town.  We hadn’t planned to stay that long and were running a bit short. 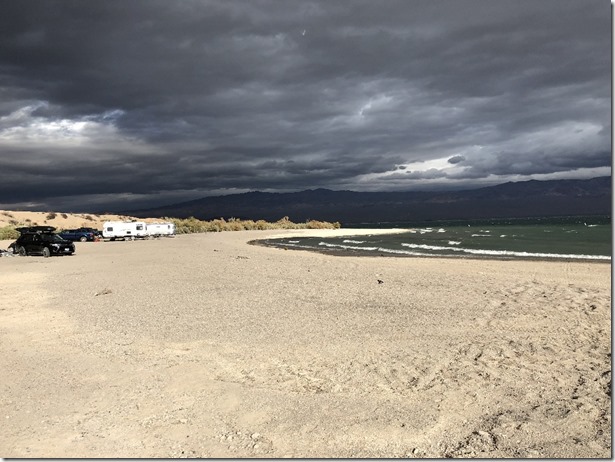 Had a bit of a rain shower one afternoon, but there was no visible runoff down by the lake.  It must have rained a lot harder up near Searchlight, as there was obvious signs of flooding across the Cottonwood Cove road, and some minor erosion of the road shoulders. 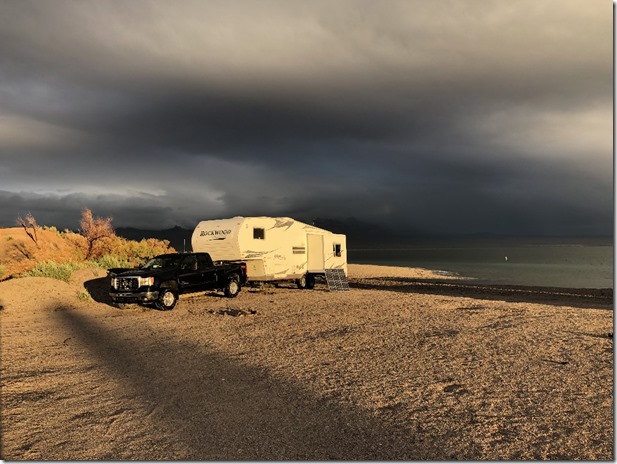