Weather in this part of Alberta has been a mixed bag, and we're still seeing overnight frost more than half the time.  But, it is improving slowly ...

Therefore, it was time to ditch the 5th wheel hitch and load the truck camper!

The seasonal snow has all melted, but there were still flurries every few days to remind us that it was not summer yet.

So- it was time to get out and test the equipment with a shake-down run in the camper.  First time out was only an overnighter at a favourite camp spot on the Clearwater River, less than an hour from home. 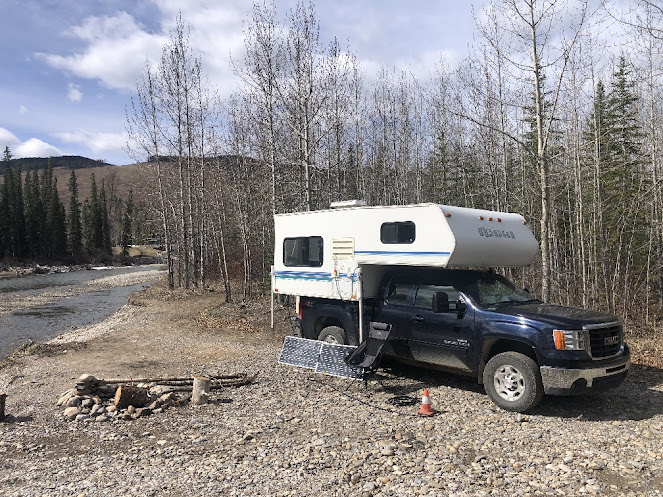 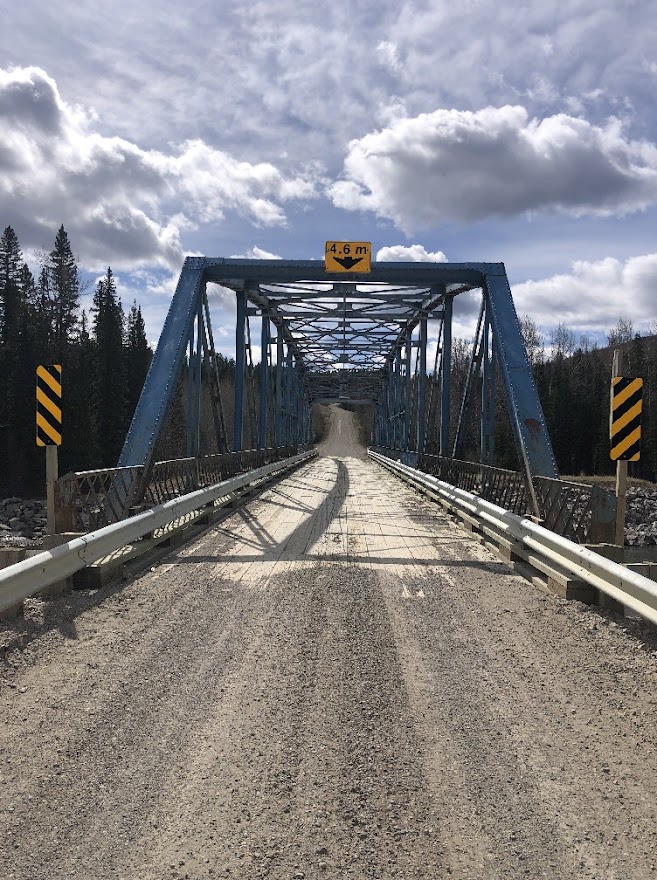 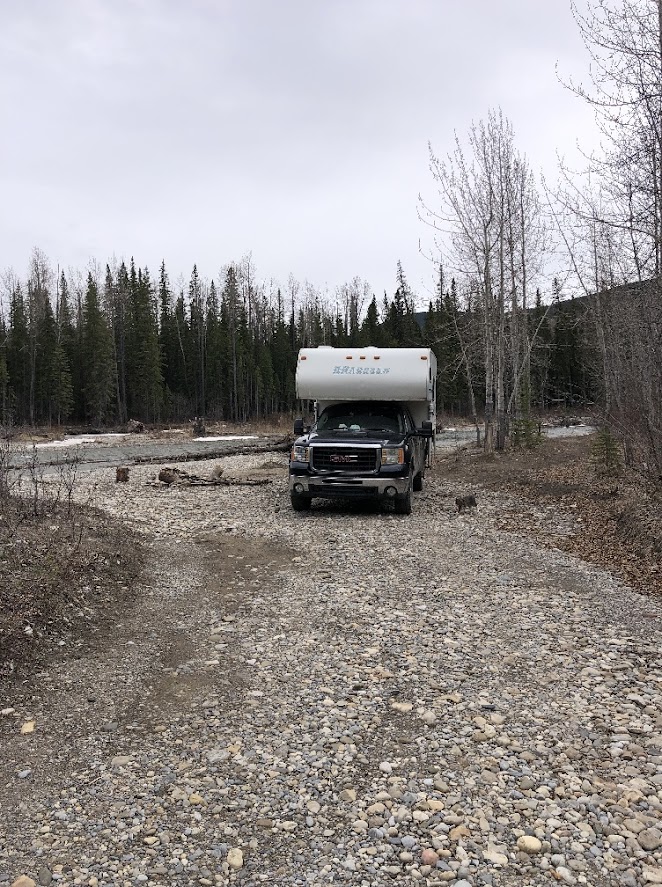 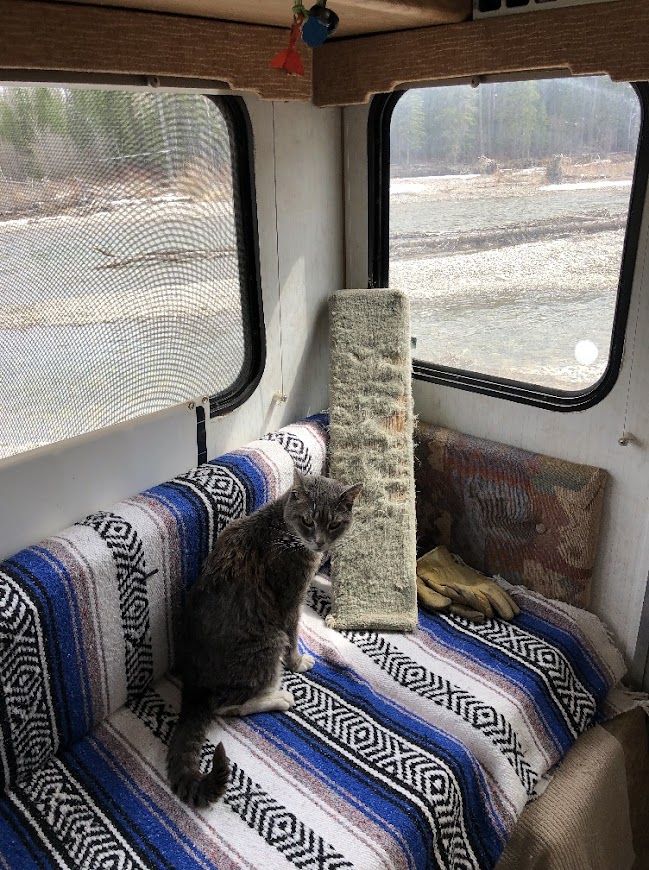 On the way back towards home, we took some random logging roads that led us to some other pretty decent looking camp spots! 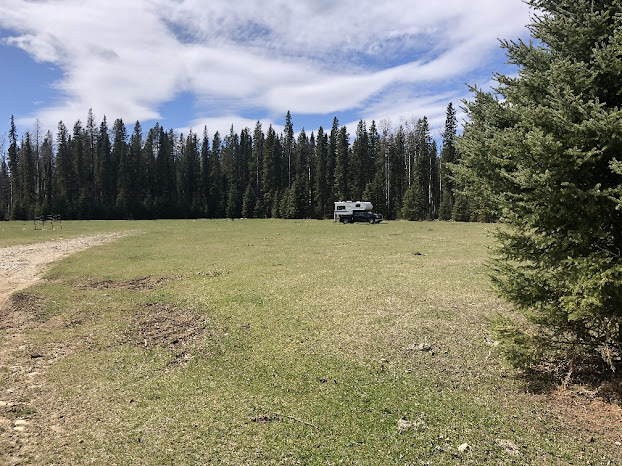 The 'Sasquatch' has been adopted as a sort of mascot for back country recreation in this area. 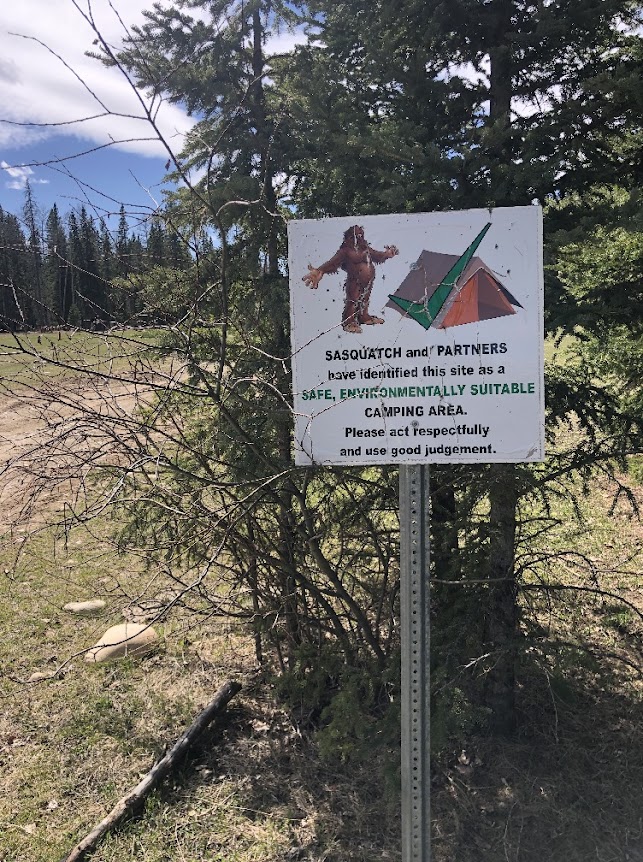 The area is also home to a fairly large population of 'wild' horses, and we encountered 3-4 different groups as we drove around. 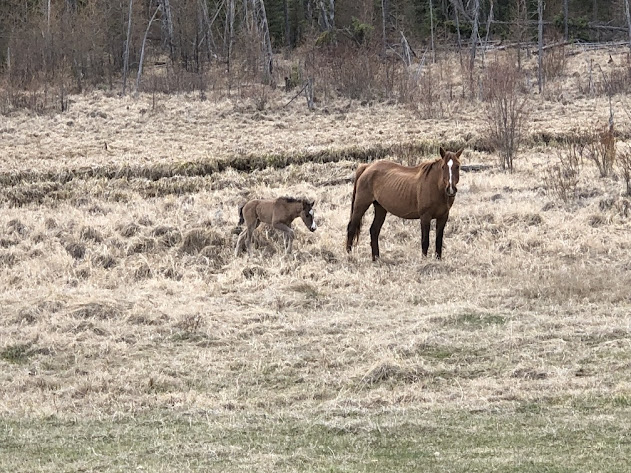 After a rough winter, they were all enjoying the warm sunshine and the first bits of green grass. 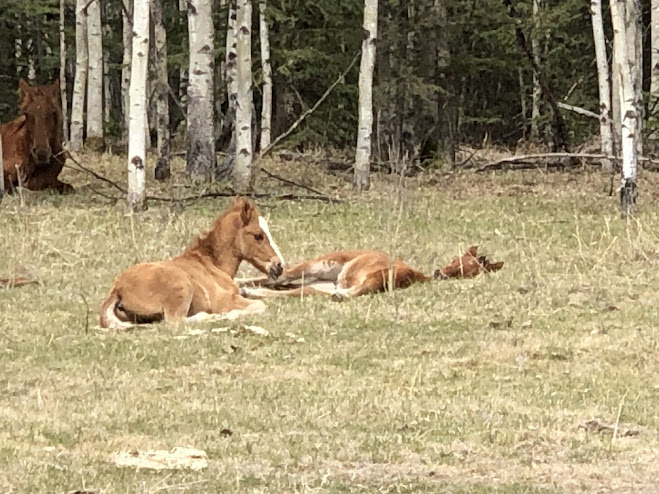 About a week later, we headed out for another short, unplanned trip, just before the holiday long weekend.  Once again, only one night was planned, with the option to stay out longer if conditions were favourable.

This time, we started out west of Water Valley, after enjoying some good wings with friends at the local saloon there. 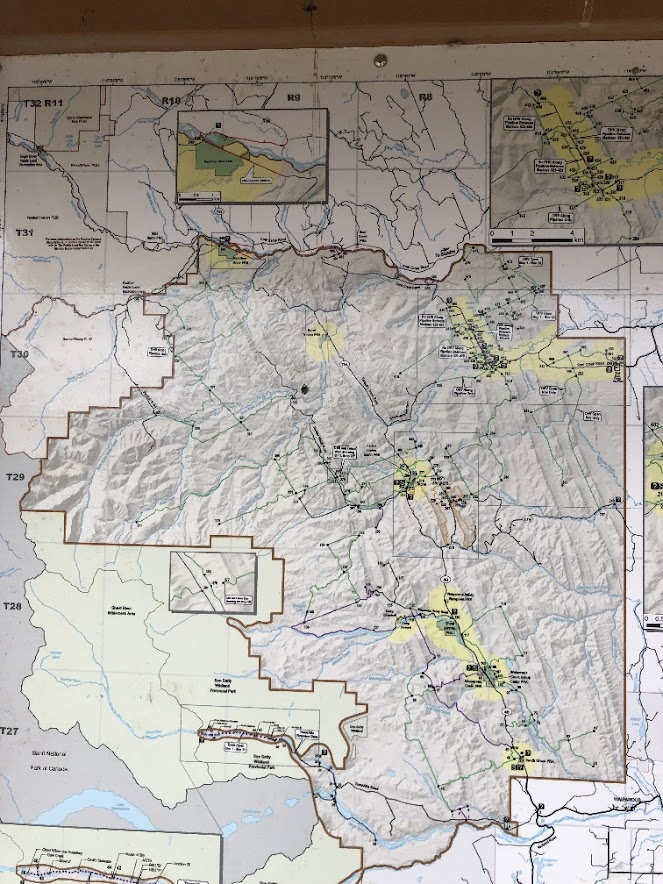 The night was windy and cool, but wonderfully quiet, so we headed up the Trunk road to see what lay in store for the next few days.  Unfortunately, the snow had other ideas, and it began to snow quite heavily.

Not sure what this group of timber company trucks was up to, but perhaps it was an ATV training course, as all the trucks had trailers attached.  Any more snow and they'd be wishing for snowmobiles! 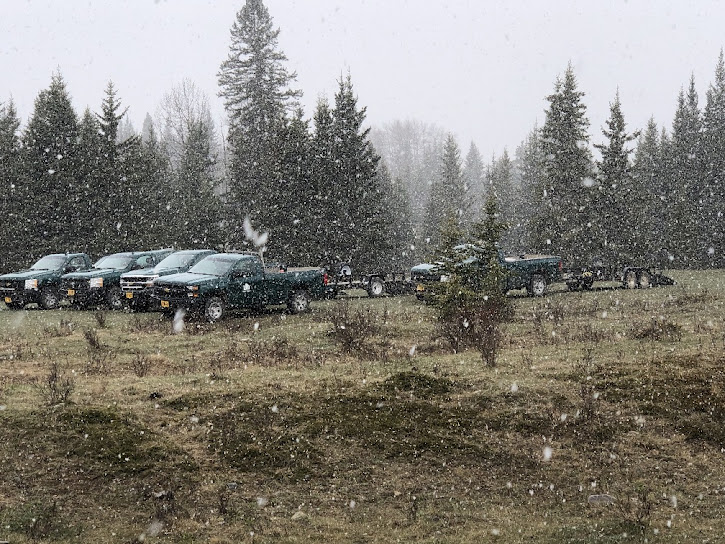 The further we went, the heavier the snow became, and soon the road became a sloppy mess of mud and melting snow.  That, and the impending long weekend was enough to convince us to head for home and start hosing the mud off the truck and camper.  Spring-time in Alberta! 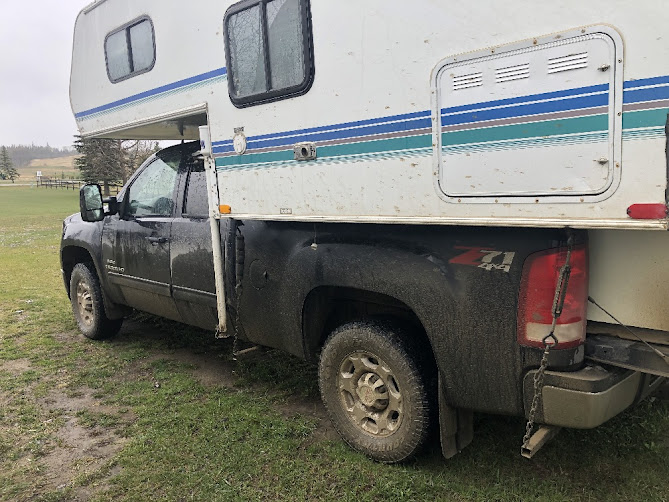 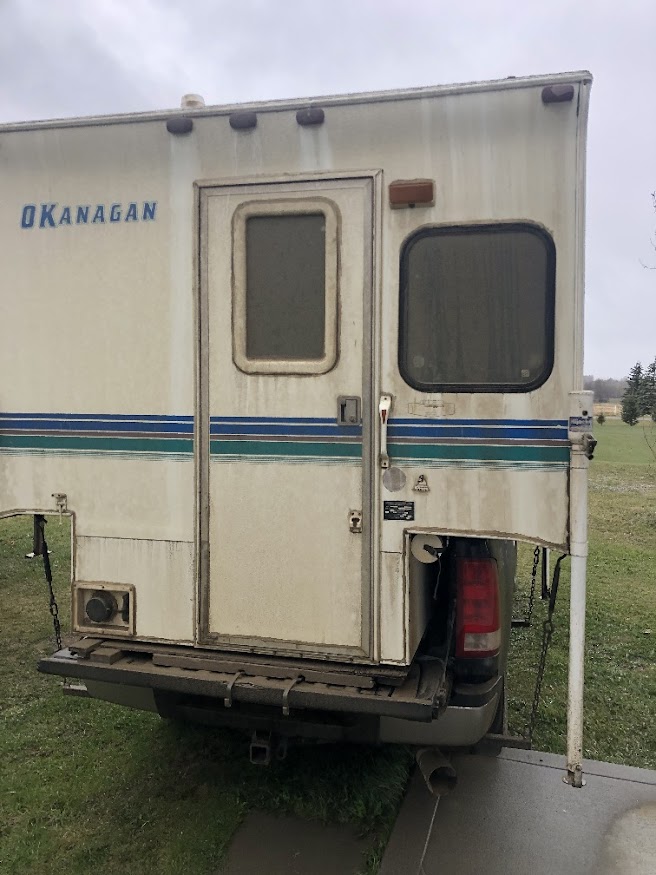 Hailey decided to take up her old position up front, to help me drive and spot the wild horses 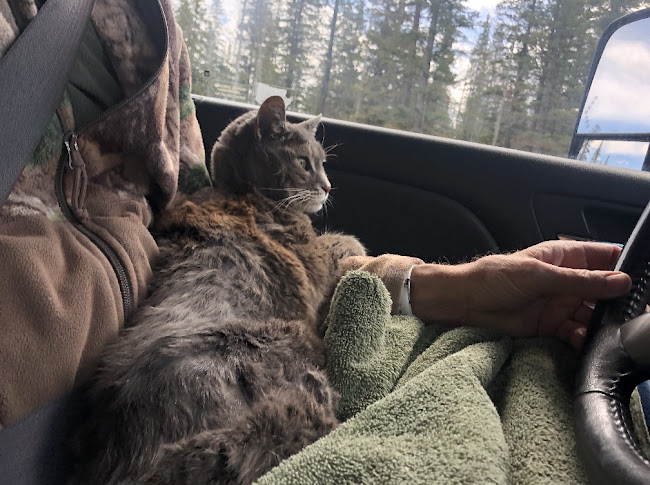 Meanwhile, back at home, it looks like we had some visitors stop by ... 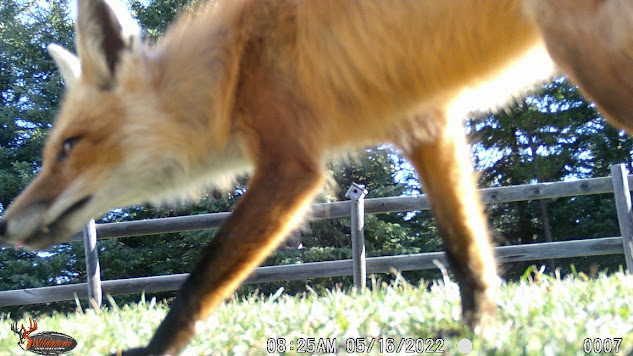 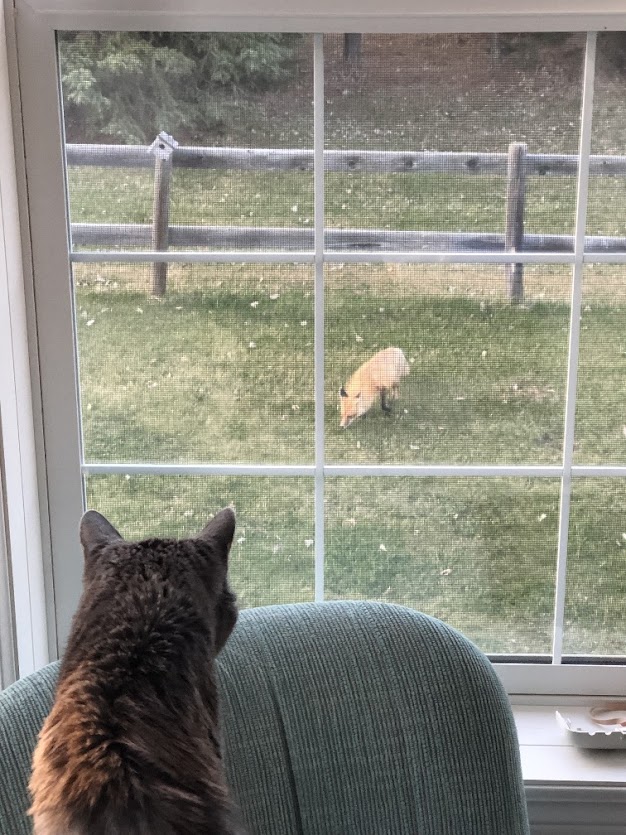 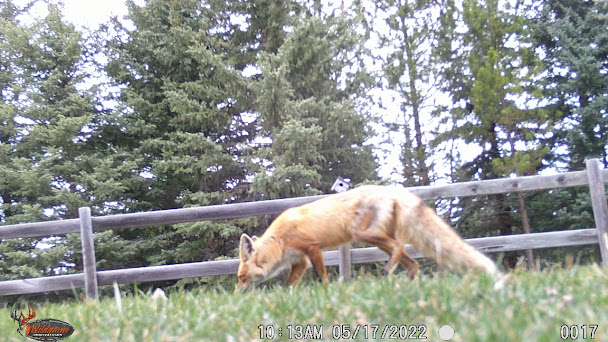 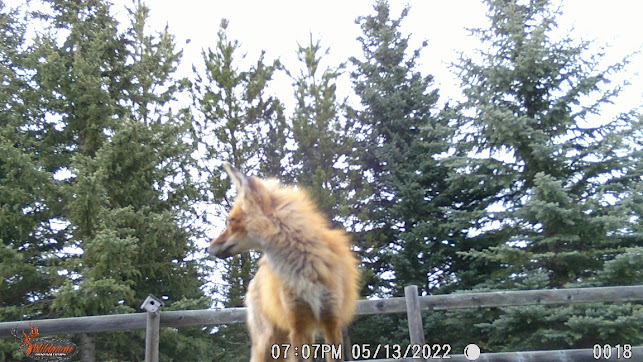 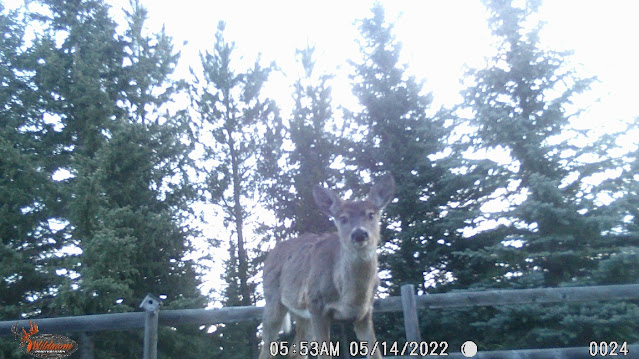 It took a while, but the birds finally discovered the seed in the feeders. 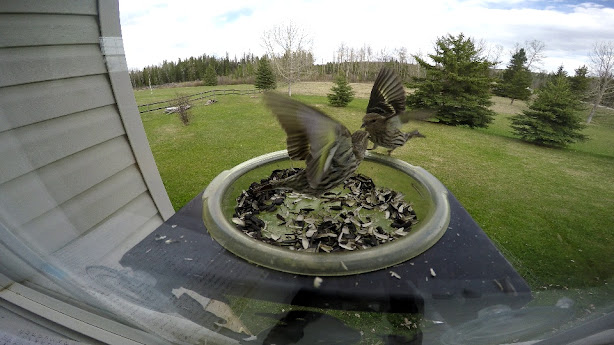 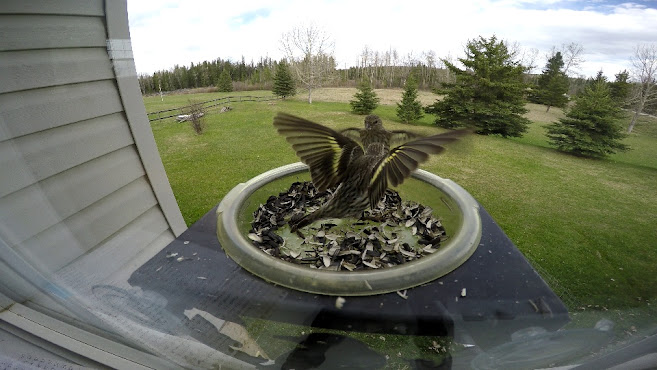 And, of cours, there are always a few disagreements! 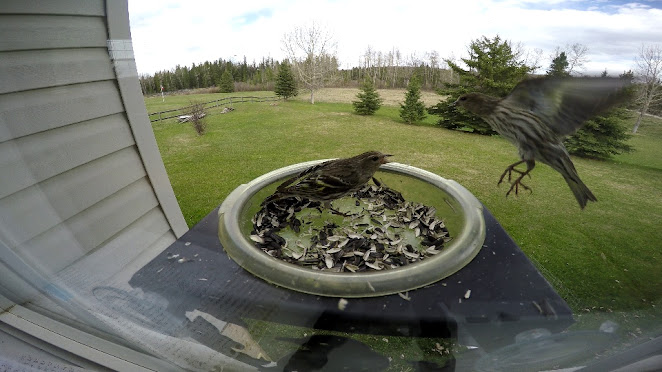 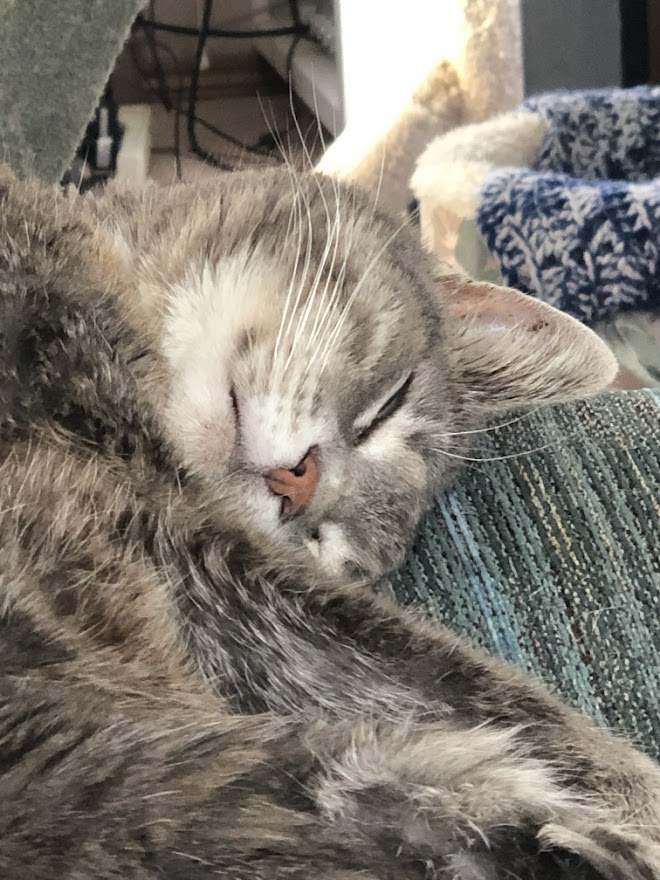 The long weekend, with the usual snow and rain is now behind us, so Hailey and I are once again on the road - somewhere.  We really have no idea where we will end up, or how long it will take!  Hopefully, that will spur another blog post before too long!  Stay tuned. 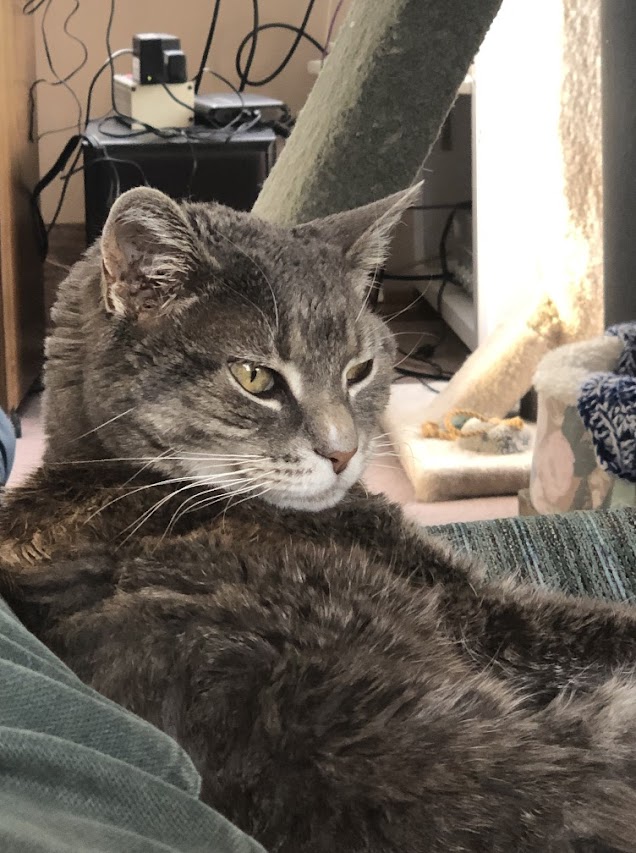