Headed to the Bay of Fundy

After our night at Pohenegamook lake, we continued on southward, along the Maine border, and into New Brunswick. 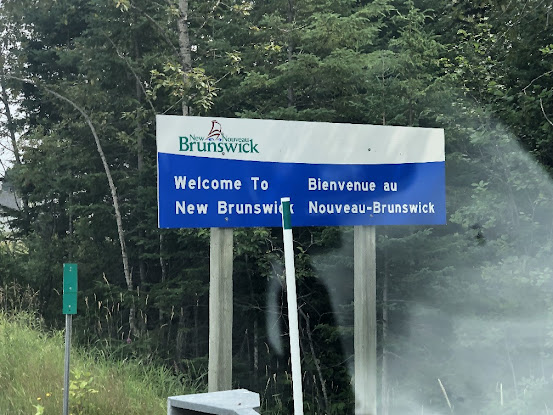 After a brief stop in Edmunston, it was time to look for an overnight spot.  This large mall in town looked to be almost totally empty, with just a couple of stores operating.  Debated spending the night, but it was just a bit too noisy and close to the main highways. 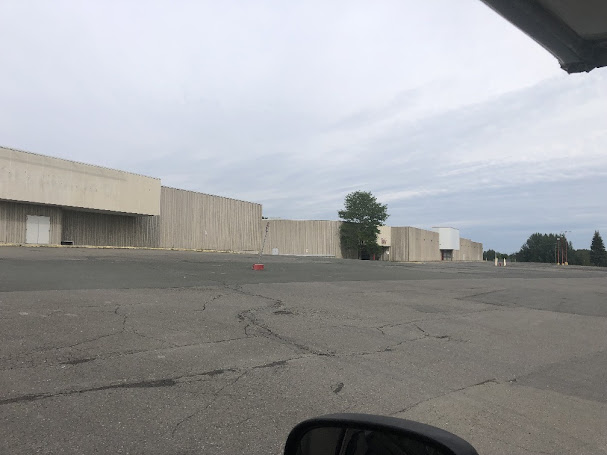 Instead, we found a nondescript spot in the bush just off the highway, but overlooking the Saint John river, which is the US/Canada border at that point.

We prefer to stay off the main routes with all the traffic, etc, but sometimes it does not work out that well ;-).  We took a minor, numbered (630) route south of Meductic and Canterbury, which also appeared to be the shortest route to the southern coastal areas.  It started out with mud and potholes, leading through mostly generic bush with no scenic views.  Because it had the look of a road that might just end somewhere ahead, I flagged down a vehicle traveling in the other direction to confirm that it did indeed connect to something at the other end. 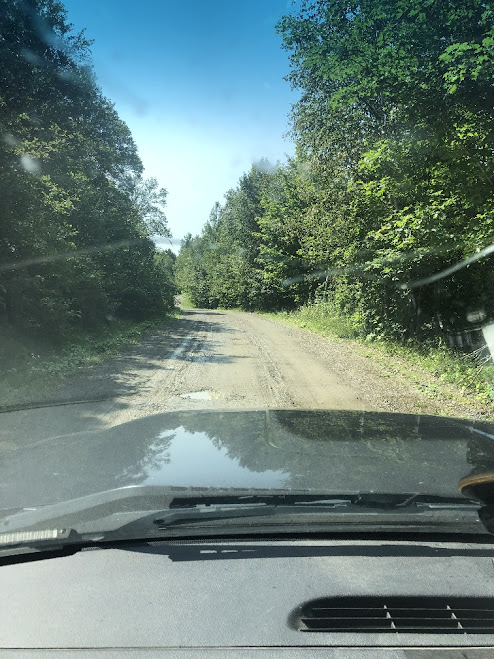 It was nice of them to tack up 'rough road' warnings on convenient trees!  They weren't really required as it was all fairly rough! 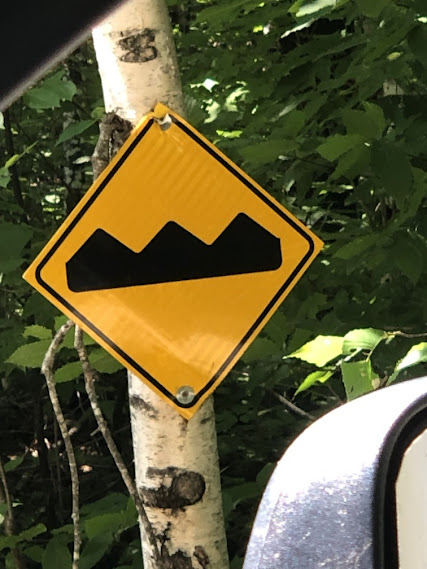 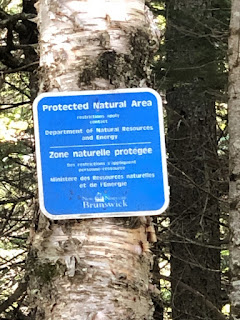 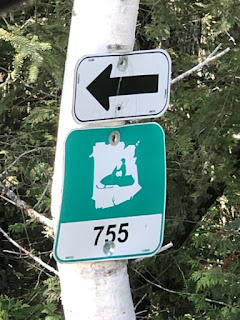 Another innovative safety feature was painting the rocks in the road orange for better visibility! 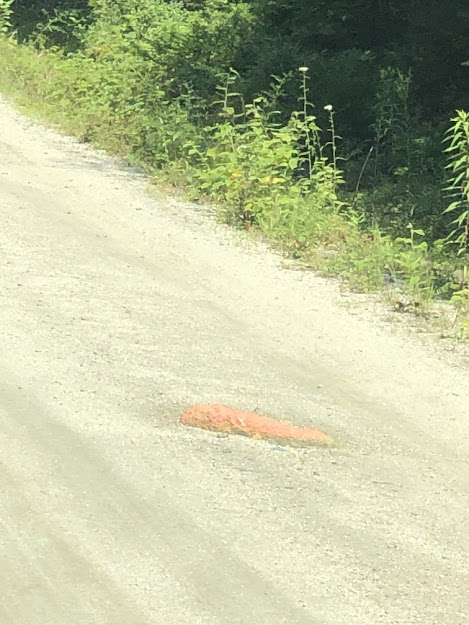 We came across a little provincial park that was not on my map, and although clearly popular with the locals, the access road was equally, umm, interesting! 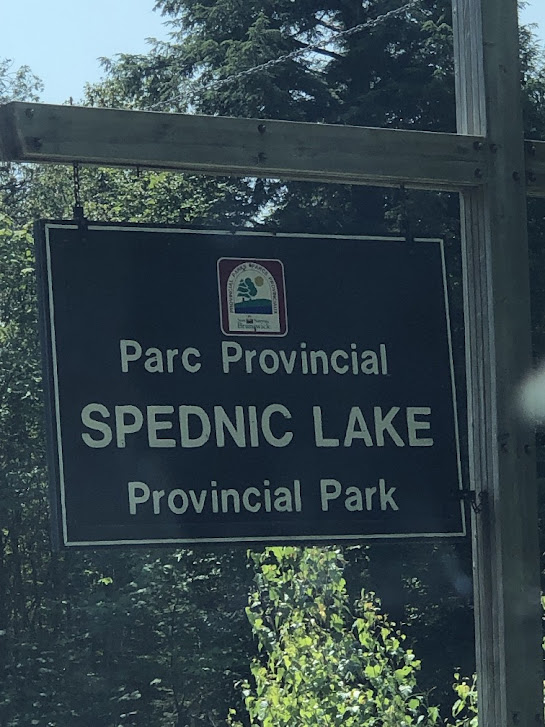 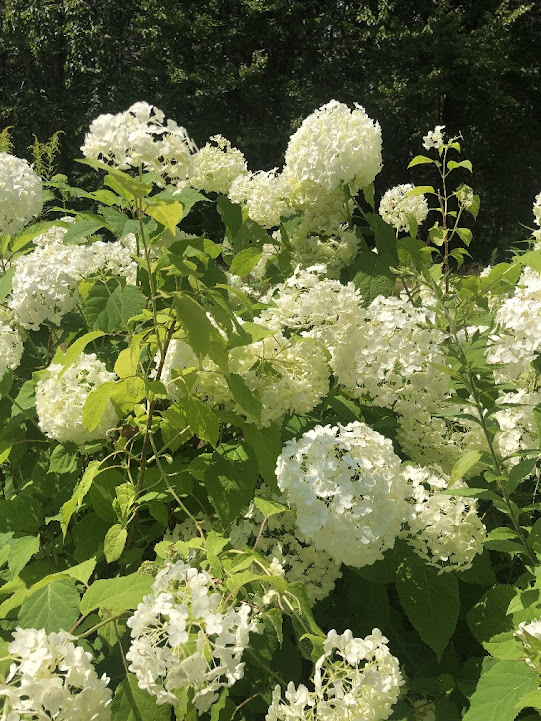 Another vehicle, with Ontario plates traveling the same direction as us, also flagged me down to check if the road we were on 'ever ended', and if it actually returned to civilization at some point!
We did find pavement eventually, and pulled off for a break so Hailey could eat some grass and catch a few grasshoppers. 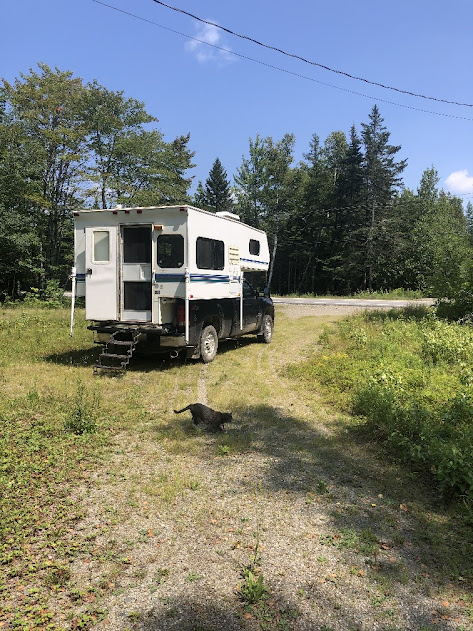 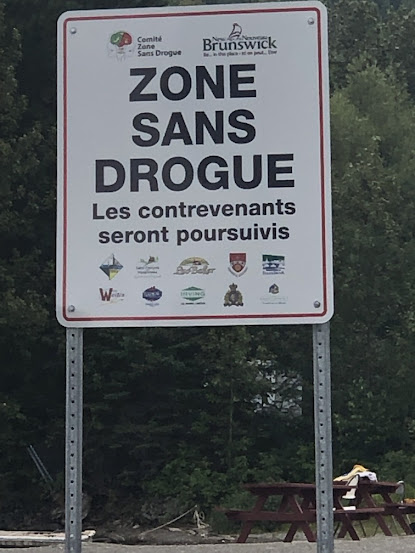 I have no idea what this sign is warning of?  Kids laying in the road perhaps? 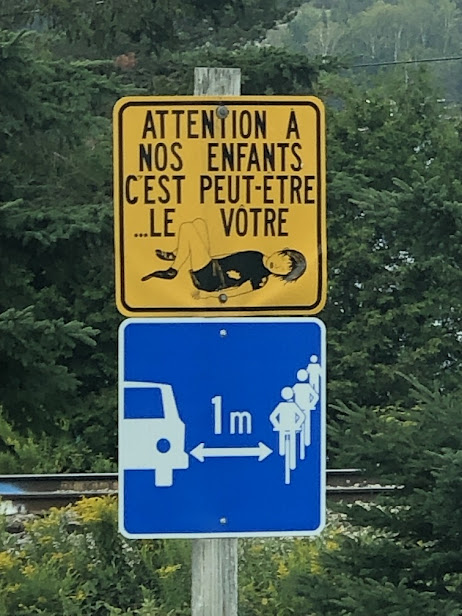 Just like in Quebec, there are hundreds of signs warning of ATV and snowmobile trails crossing the highway. 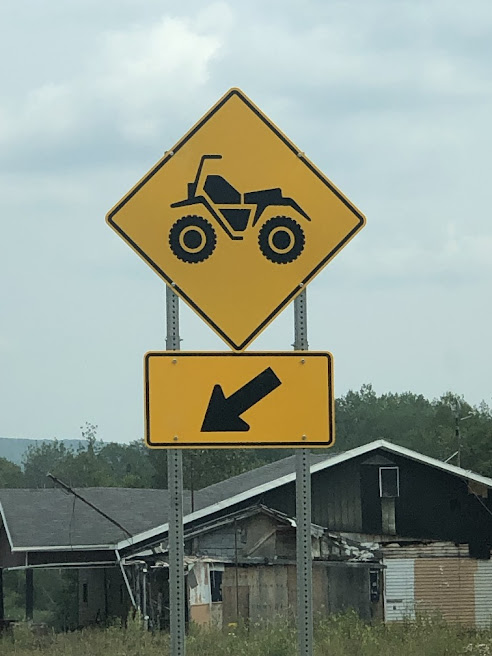 And this one I really like! BRRRRUIT!  Don't use your 'jake brakes' here!  This pic was from Quebec, but I saw the same ones in New Brunswick. 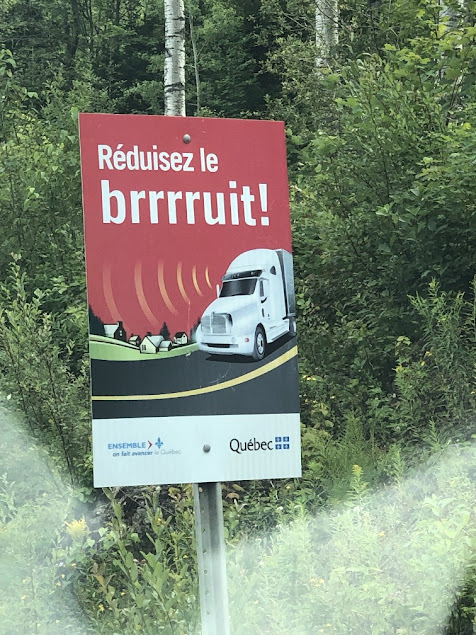 I found this parking lot along the border with Maine.  There must have been 30-40 semi loads (mostly lumber) just parked, with more being dropped off all the time.  I'm guessing they were waiting for other trucks to come and haul them across the border into the US? 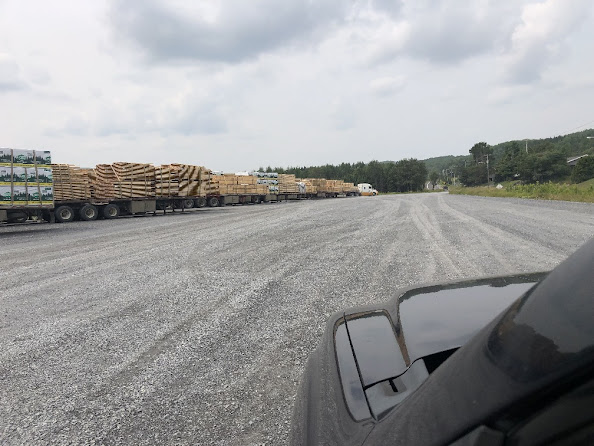 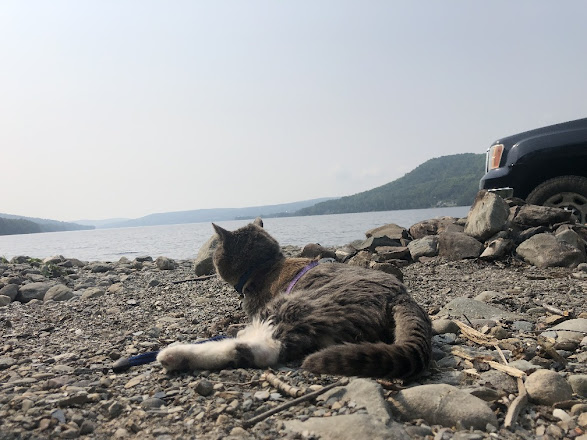 Eventually, we reached salt water at the Bay of Fundy, and waited for the ferry to take us to the island.  But that's for the next blog post. 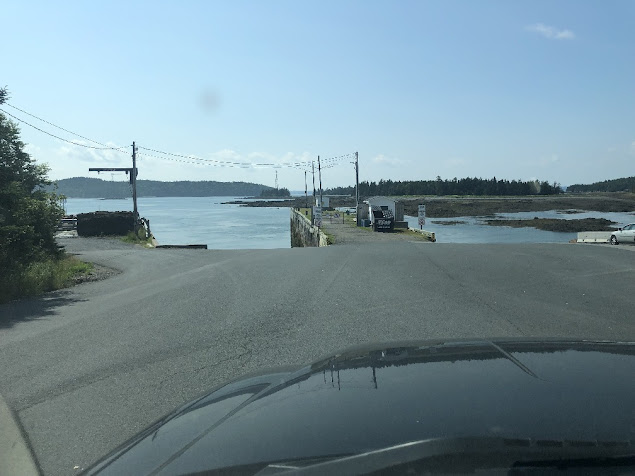