So, it turns out that the cool water trough/water fall in my last post is actually a reconstruction of an original log chute, designed to get logs down the river, past the rocks and the bends where they would get hung up on the way to the mill! 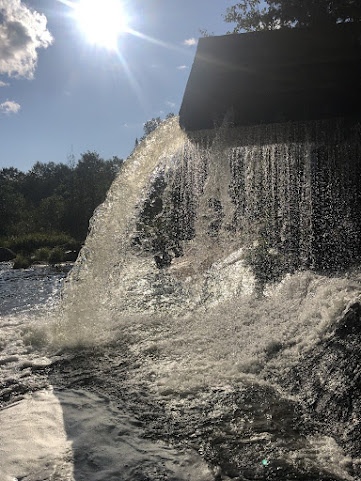 https://www.atlasobscura.com/places/crooked-slide-park
We're still headed east, apparently! We could have stayed on the south side of the St Lawrence river, and gone through Ottawa and Montreal, but instead we chose a more northerly route that missed both cities.  Of course, this meant much slower going, rougher pavement, and more small town.  This took a much longer route through Quebec - which gave more opportunities to view the road signs, and to try to figure out the meanings of some of them!
This one I had to google! 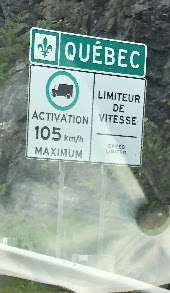 A speed limiter is a governor used to limit the top speed of a vehicle. For some classes of vehicles and in some jurisdictions they are a statutory requirement, for some other vehicles the manufacturer provides a non-statutory system which may be fixed or programmable by the driver.  Now you know!
I thought this one might be to indicate it was time for a shower for your truck, but it's actually indicating a weigh scale.  Still not sure what the overhead part is for? 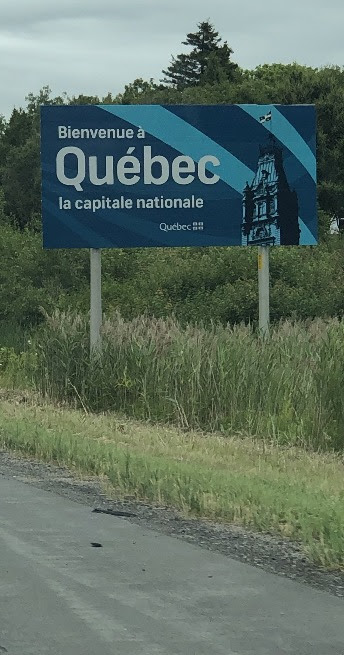 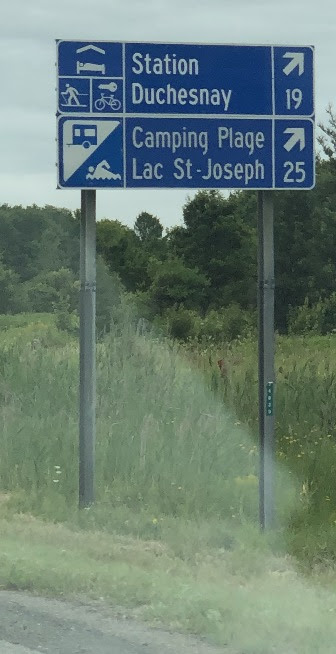 It seems that most of the places in Quebec are named after various Saints.  And there was clearly no shortage of hyphens handed out ;-) 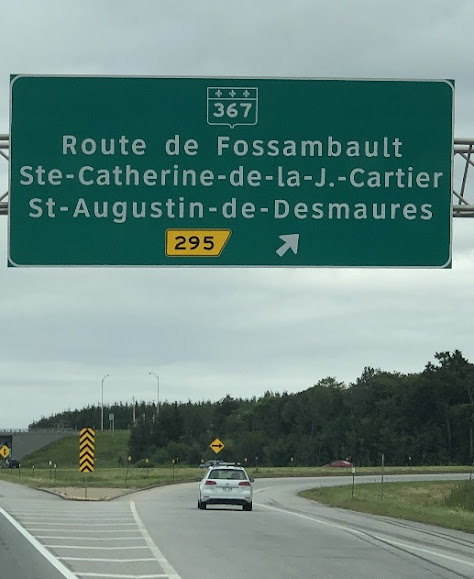 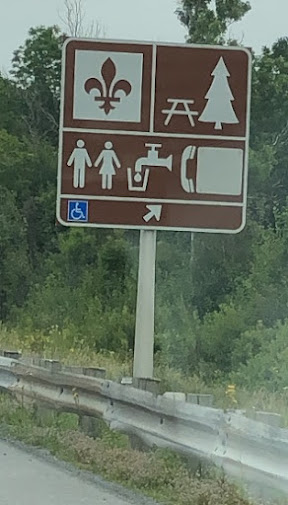 A warning sign with flashing lights if visibility is reduced ... 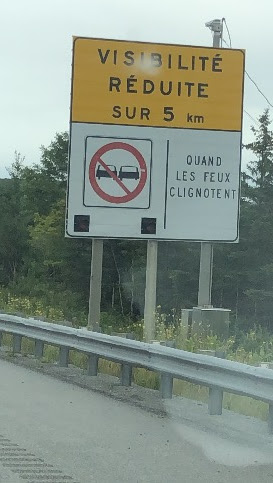 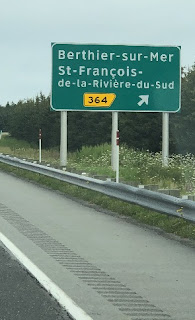 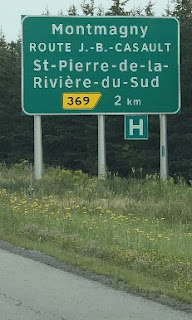 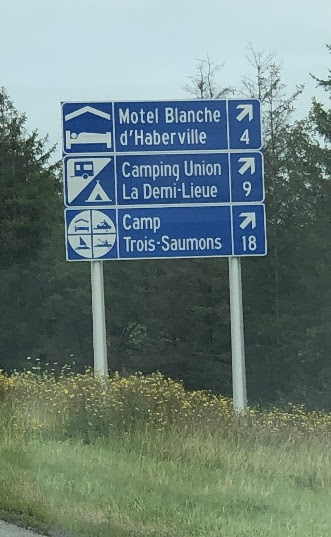 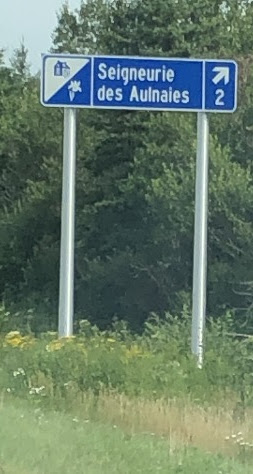 Another one I had to Google ...
Accompanied by guides in period costumes, take a tour of the Victorian-style manor (1853) and its lavish interior. The village mill (1842) boasts the largest bucket wheel in operation in Québec - an impressive show indeed. Millers will demonstrate the traditional way of making stone-ground organic flour...
This is the Quebec version of the Ontario sign proclaiming that 'Fatigue Kills'. 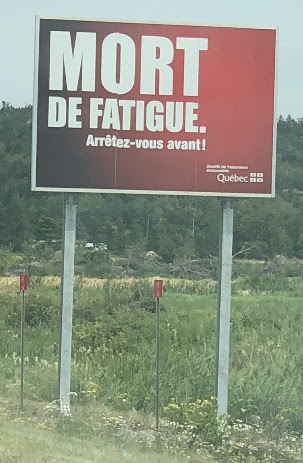 I had to Google the CLSC - community health centre - which I suspected, as it often appeared on signs also showing hospitals. 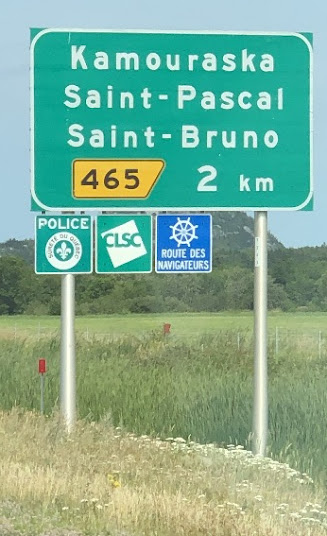 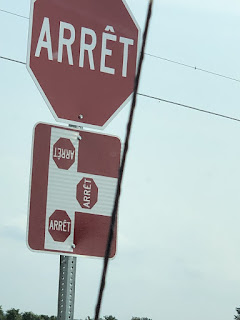 And just some shots of driving through one of the hundreds of quaint, tidy villages and town along the secondary highways.  Not unusual to see tractors and farm implements going right down main street. 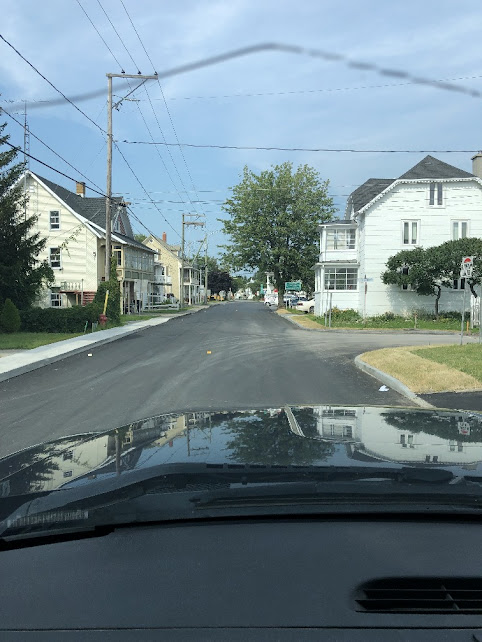 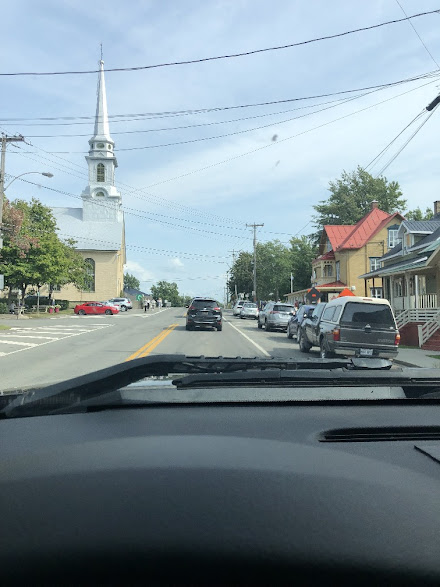 And, if you're a boondocker, this may be just the sign you are looking for - as it announces the start of Crown Land, or public lands, where you might just find places to camp in the woods! 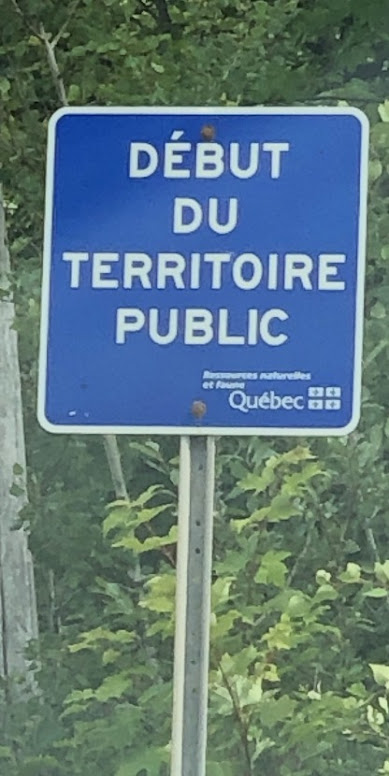 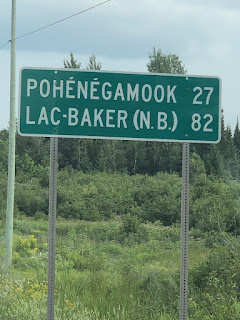 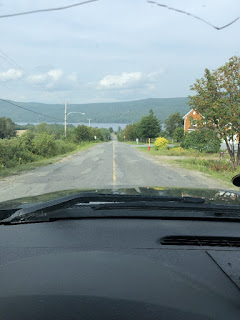 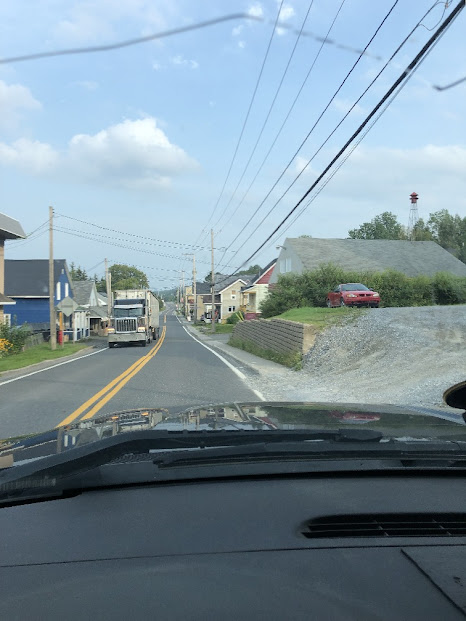 I followed the blue sign above, and found this great little overnight spot by a primitive boat launch on Pohenegamook (common spelling!) lake. 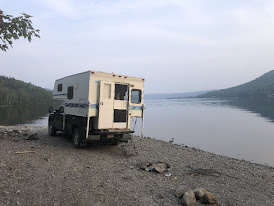 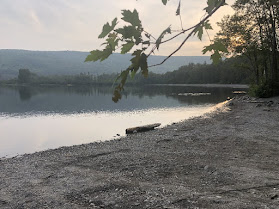 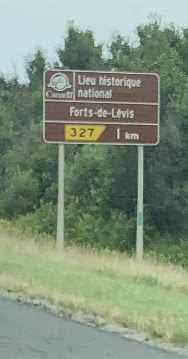 Heading into New Brunswick next, and hoping to have more to show than signs!