After Covid kept us restrained from traveling to the sunny south last winter, it is no exaggeration to say that we are more than keen to get moving again, and as soon as possible!

we should be able to cross the border again on our southward migration!  Sure was not looking forward to the long, long dark cold months of winter, flooding my rink again, and getting out the dreaded snow scoop.  Only the hot tub made the last winter survivable, as even (downhill) skiing and organized hockey was largely absent, or severely constrained.

When the US 'finally' reciprocated the border protocols (fully vaccinated US persons have been allowed to drive into Canada since early August), that kick started preparations for a more 'normal' winter. 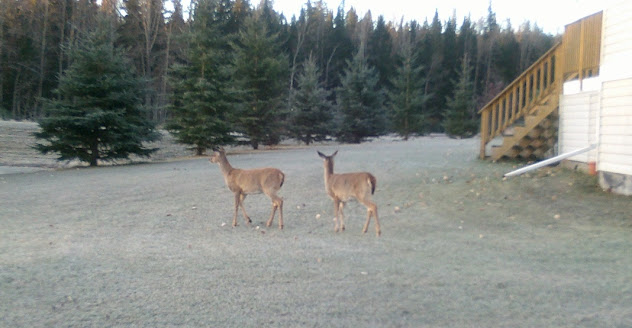 With cooler weather upon us, and the promise of warmer things just around the corner, there was little desire to use the summer (truck) camper any more. 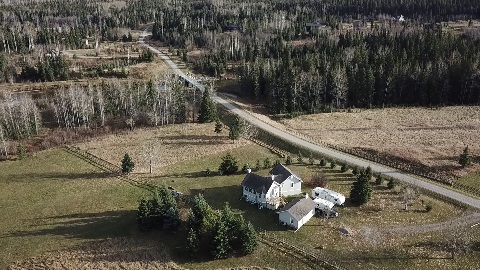 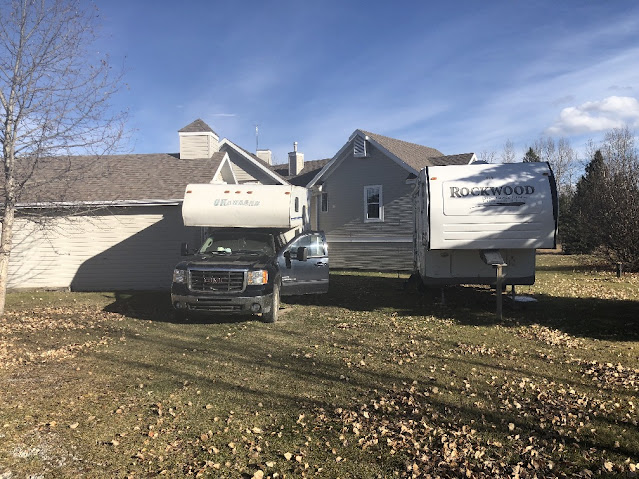 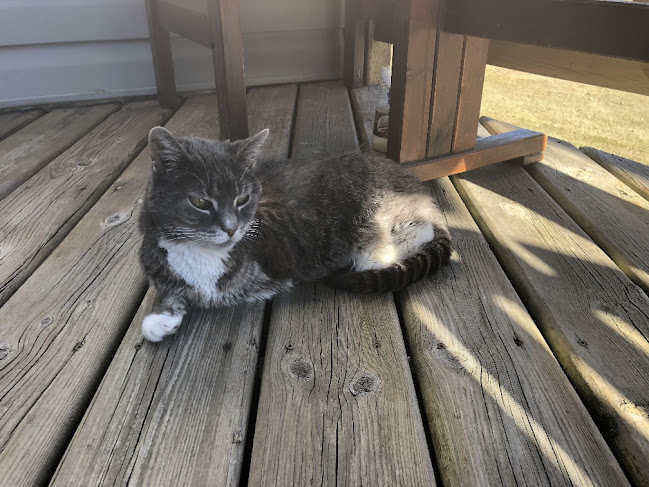 First, it was time to get the tires rotated. 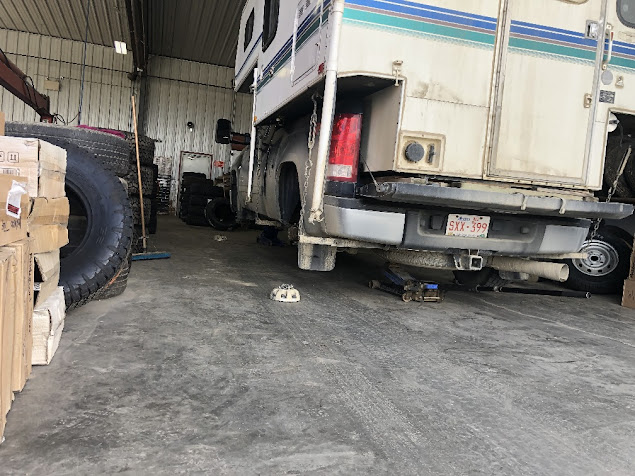 Then, it was quickly relegated to it's winter home on blocks. 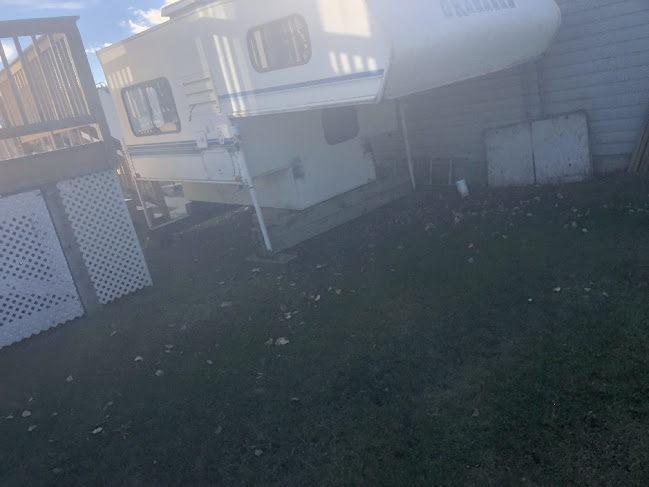 Even before Hailey heard we were leaving again, she asked several times to go into the 5th wheel, so she could check out her dishes, litter box, and favourite napping spots.  I think she found everything in order - just as she left it, 18 months ago. 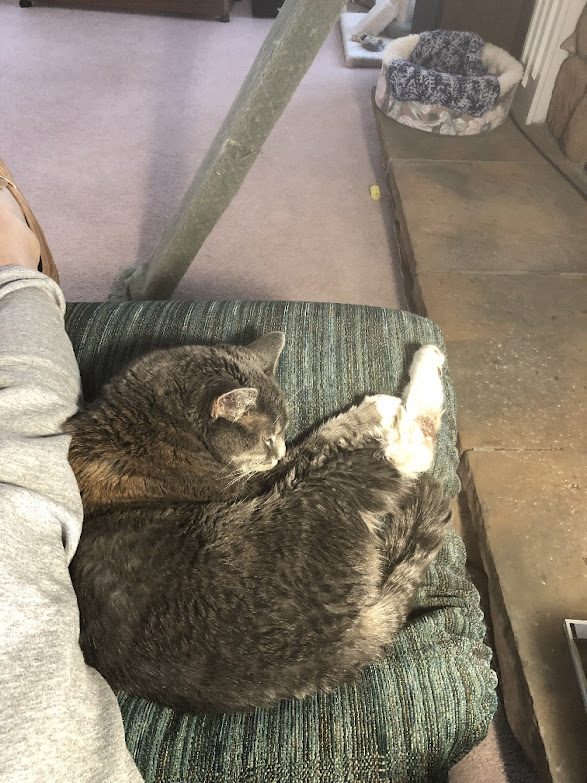 In the meantime, she has been eager to soak up whatever fall sun rays are available. 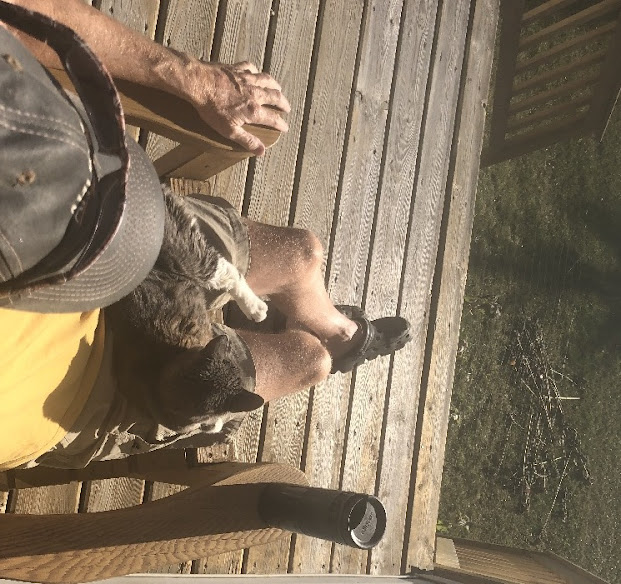 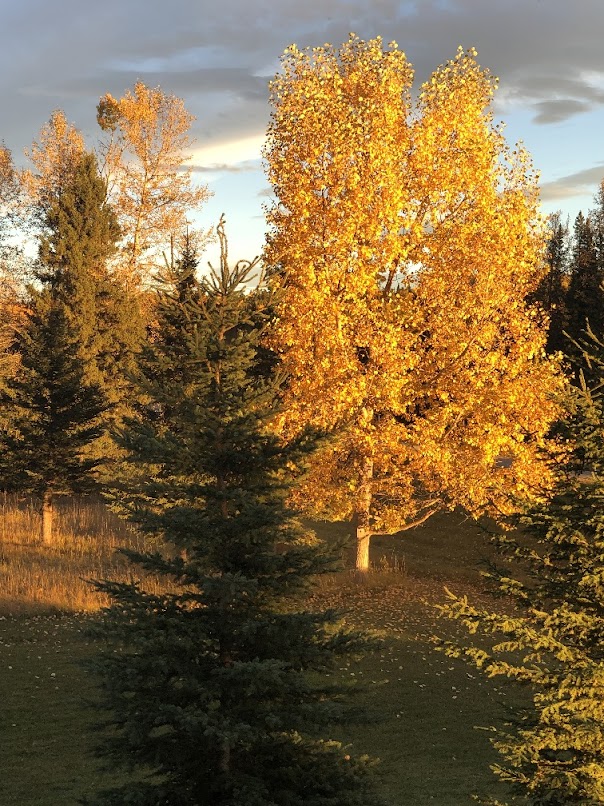 Her rather well-fed looking fox friend came by to say goodbye... 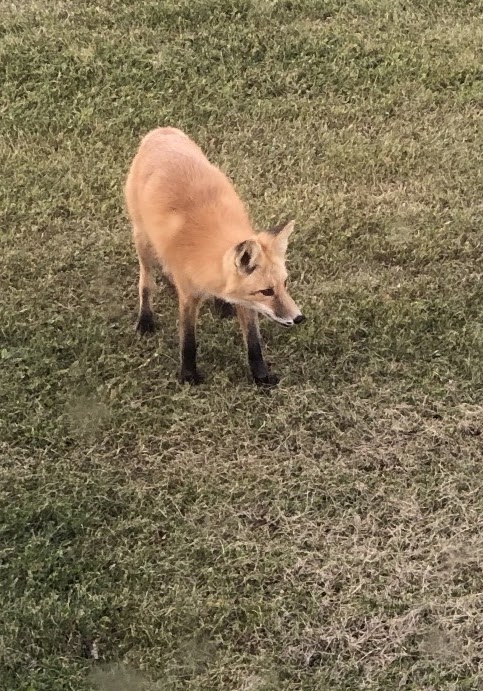 Fall colours were doing their thing as usual. 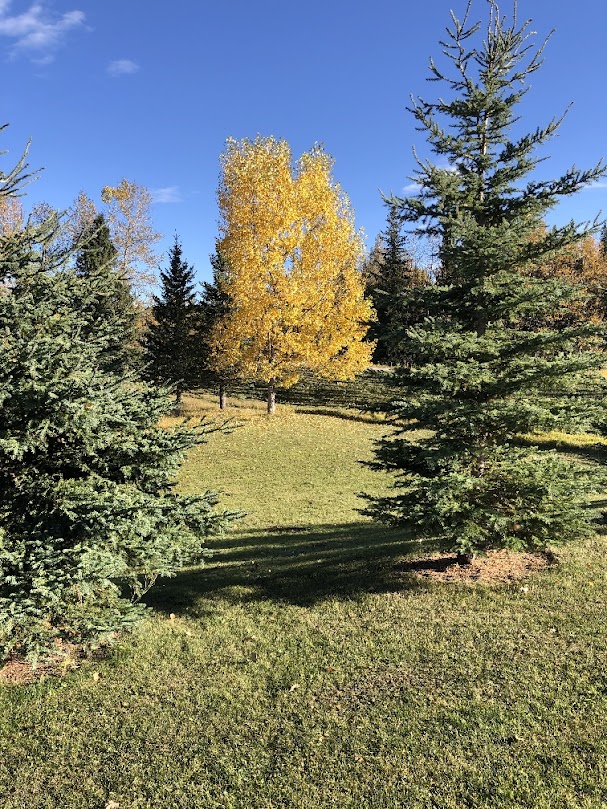 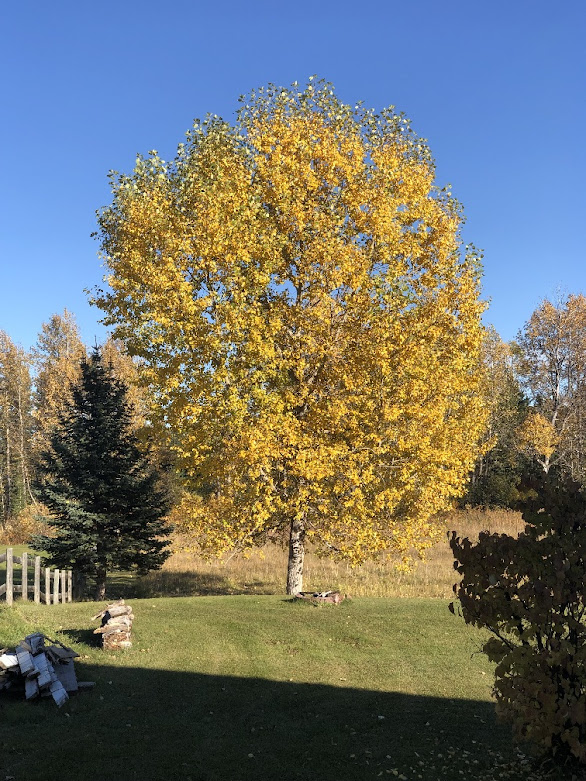 A flying squirrel paid a visit to the front deck one evening. 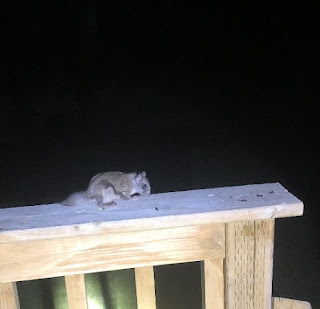 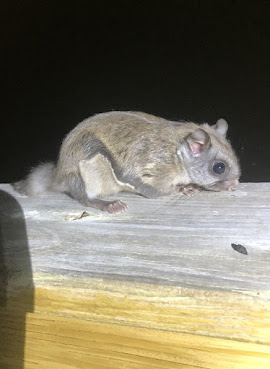 Fridge and furnace were tested, and still working fine, and my secret weapon, the stand-alone propane heater was moved over from the truck camper.  The tires were getting in poor shape when we returned home in the spring of Covid, and the rig has been sitting unmoved ever since, so it's time for some brand new rubber before we head out.  One less thing to cause trouble along the way.
One of my old solar panels has been keeping the batteries charged during the last year and a half it has been parked without ever being plugged in - just like the boondocking we do when on the road.  But over the last two summers, we have acquired a couple of new 100w flexible solar panels, that have now been well tested with the truck camper.  Now, they will add a welcome increase to the charging capacity of the 5th.  They are so light and easy to handle, and so thin that I often slip them under the mattress, or behind the couch for storage.
Looking forward to being able to finally get some use from my unlimited data AT&T account, that I have been paying for and hardly using for the last year and a half.  A few times, when traveling or camping near the border I've been able to use it a little, but having it virtually full time again will be a welcome change.
Hope to see some of the usual 'winter friends' again this winter, and spend time in some of our usual haunts in the desert.  I think Al should just load up Scooter with Pheebs and everything they need, and turn for the border as soon as Kelly gets home!
Still trying to convince Wandering Willy to hitch up for a while this winter...  John & Brenda ...?  I'll be down there waitin' for ya'll - as they say down there! 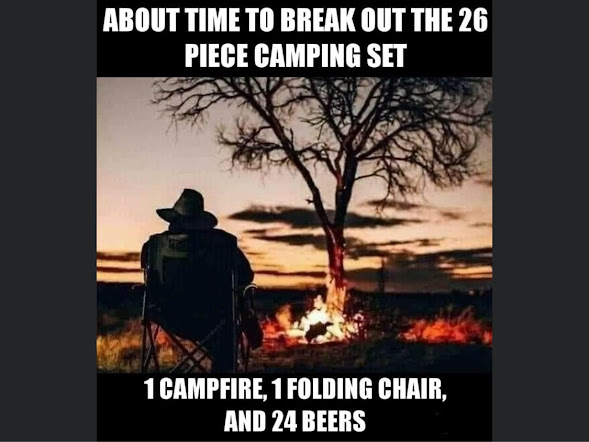