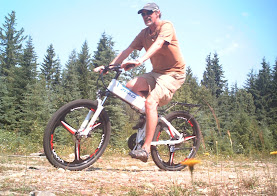 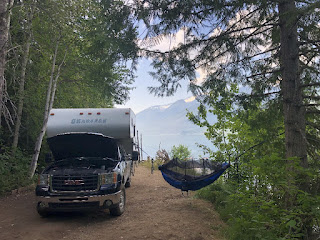 While still camped on Revelstoke Lake in British Columbia, I noticed a bit of a change in the wording of their signs over the years. The 'old' sign lists all the various offences that you might commit - very authoritarian. 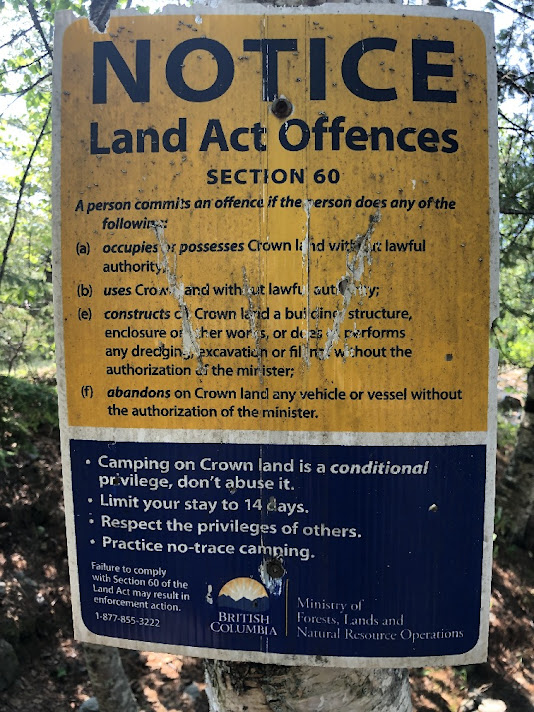 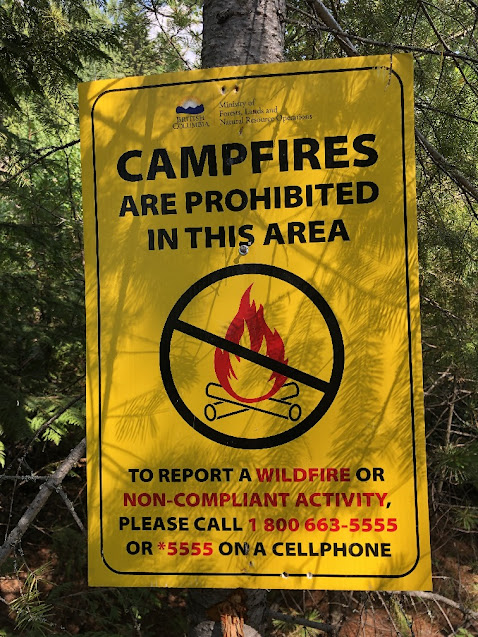 After that trip, we made it home and stayed a bit over 24 hours to mow the grass, do laundry, and have a shower!  Then it was back out to Abraham Lake to meet up again with Don & Donna (Driving Miss Donna)  It was the same place we camped back in May, when the ice was still on the lake.  We did a few day trips, and some hiking .. 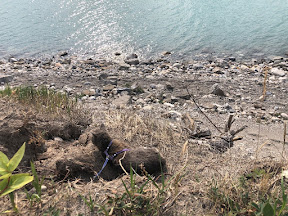 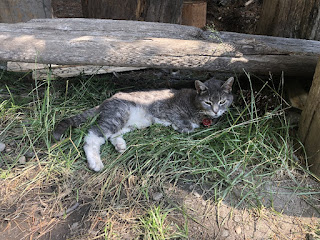 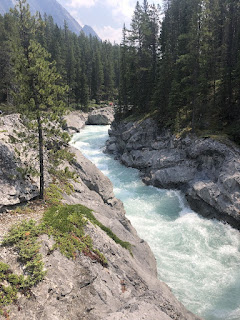 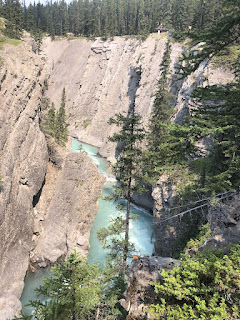 After that short trip we again returned home to take care of the essentials.  But, not having to unload or re-load much, we kept this turn-around to only about 21 hours, and we were off again, to points unknown.

It seems that east was the predominant direction this time ...

We passed by Cabri Regional Park, Saskatchewan - where Kevin & Ruth used to spend their summers keeping the place ship shape. 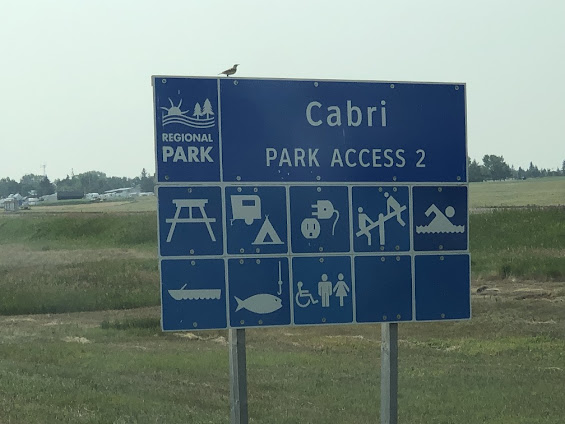 Next place we saw was the iconic elevator at Dog River, err Rouleau, Sask. where the long running comedy Corner Gas was filmed.  Not much left there now, except for the locations in town. 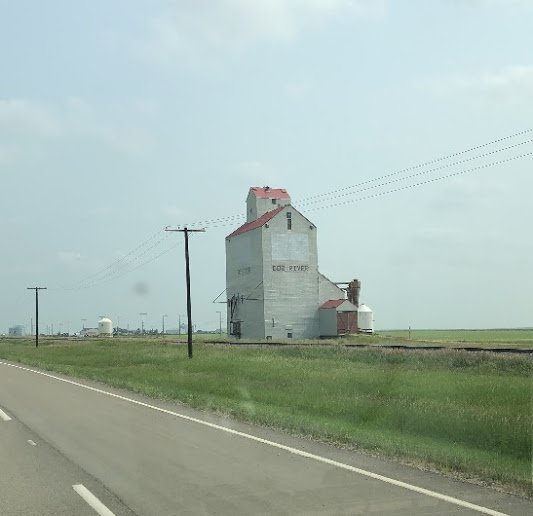 Before long, the time zone changed, the paved road shoulders disappeared, and we found ourselves in Manitoba!  Many moons ago, I was the webmaster for the fledgling North American Game Warden Museum (then called the North American Wildlife Enforcement Museum) located in the  International Peace Garden south of Boissevain, Manitoba.  I have never been there in person, and that record was doomed to continue :-(  The physical entrance is actually between the Canada and US customs, but as I was about to turn in, a signboard informed me that if I did so, I would be subject to all the covid restrictions, as if re-entering the country, which might include a covid test and possibly a 14 day quarantine!  I immediately made a U-turn and then had to pass through Canadian Customs, where they assured me that was still the case despite recent loosening of restrictions. 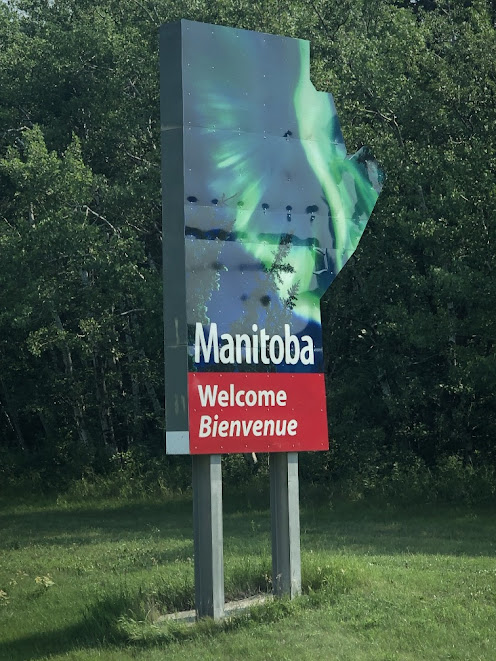 We continued east, and came across this little campground with prices more in line with what I'd be willing to pay - that is if I needed power, or liked staying in campgrounds, which I don't! 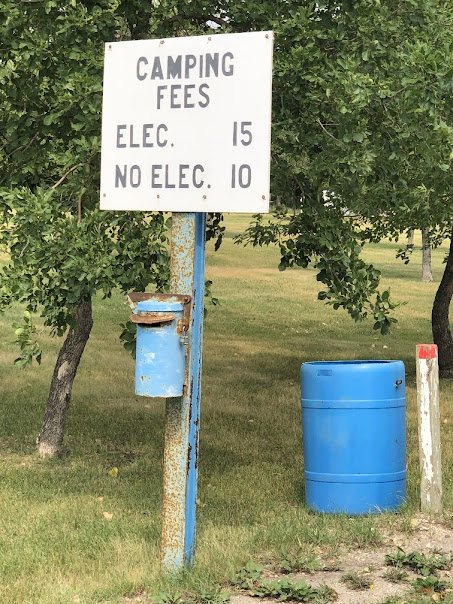 Where we did end up 'camping', Hailey was surprised to see a black bear wander by in the morning! 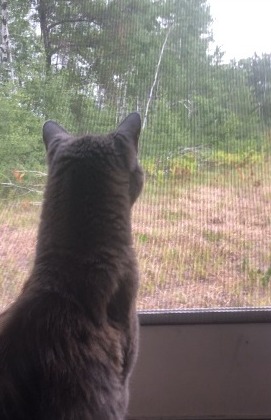 This particular 'camp' spot was also a favourite spot for some of the locals to dispose of waste materials.  There was a nice pile of old asphalt shingles that I drove over - twice, before wondering it there were also shingle nails there?  Sure enough, I pulled out my big ground magnet (usually used for US desert camp spots where they like to burn old pallets), and collected close to a pound of old nails.  Still can't believe I didn't get a flat from that, as shingle nails with the big heads are the worst possible kind of nails.
We stopped for breakfast in a Provincial Park day use area. 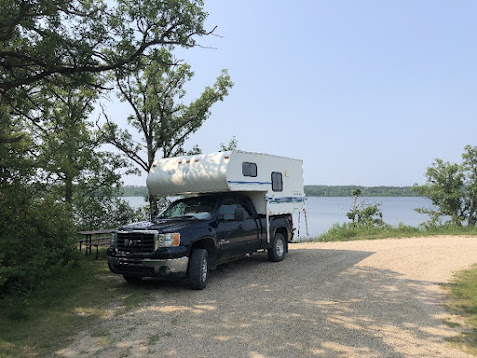 Before long, wouldn't ya know it, we crossed another provincial border and found ourselves in Ontario, and all the rocky outcrops of the Canadian Shield. 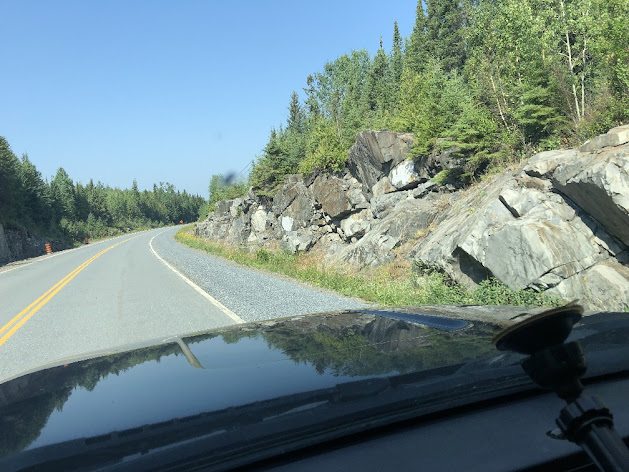 Had a good visit and coffee with another retired park warden while passing through Kenora.  He had to leave his island retreat on Lake of the Woods and boat to shore to meet me at Tim Hortons!
We checked out a number of Ontario parks along the way. 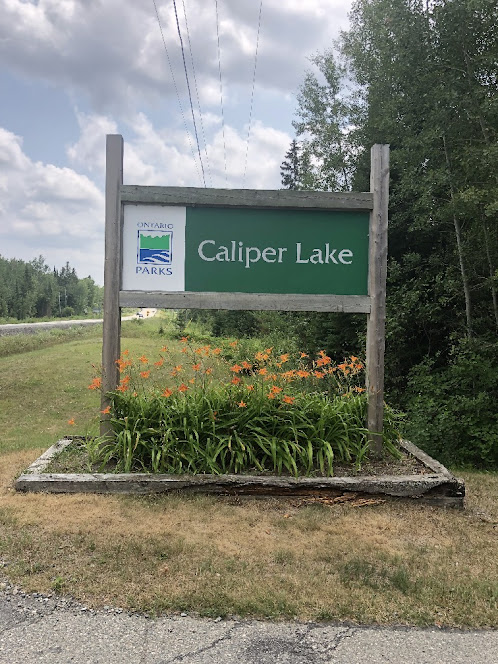 And a good collection of back roads and trails ... 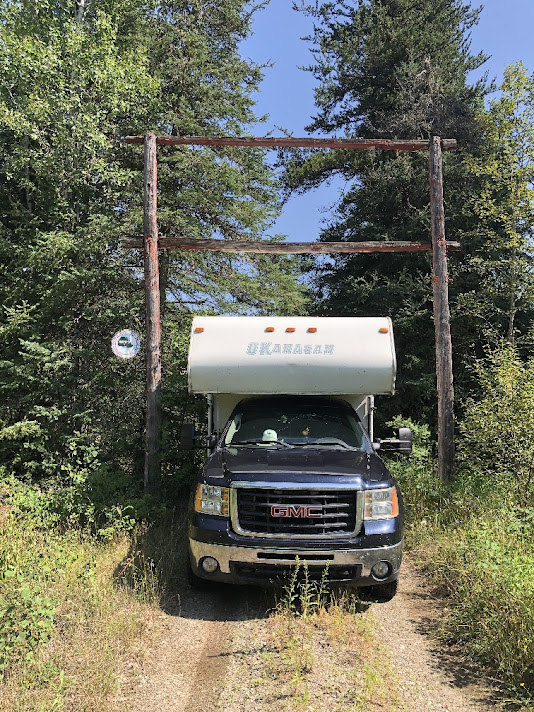 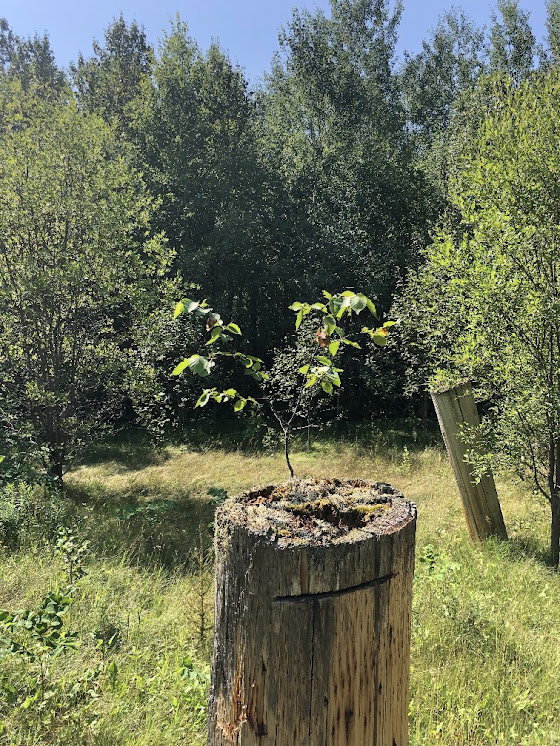 I'm always amused at where they put the 'guardrails' on Ontario highways.  There are hundreds of miles of highway, bordered by some of the nastiest bedrock in the land, right off the shoulder of the road.  Big ugly square and jagged blocks of rock.  If you hit one, that would be the end of you.  But NONE of them have guard rails!  However, every smooth grassy slope leading away from the highway, usually down into some nice soft trees (!) is protected (?) by three strands of clothesline strung between some toothpicks along the shoulder! 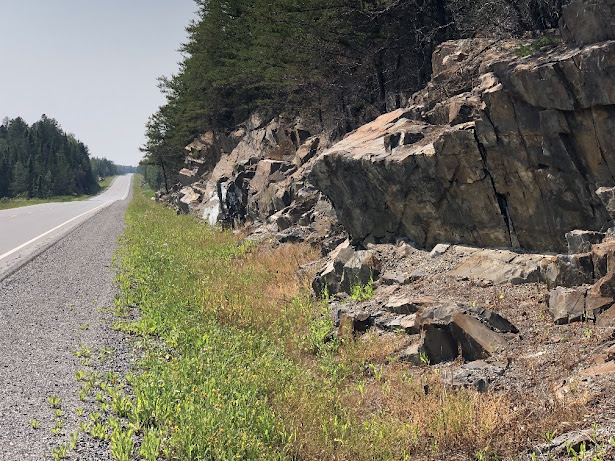 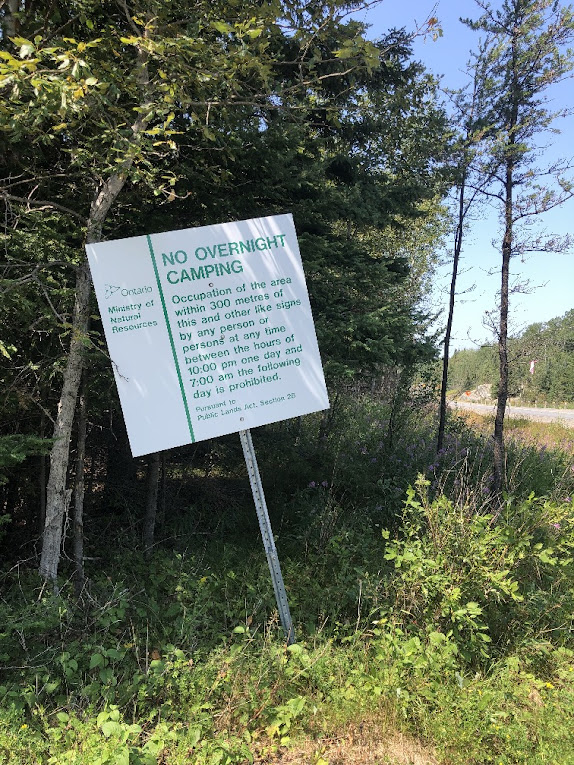 Not all roadside spots welcome overnight camping ...
I spent a night in one lovely little picnic areas on a lakeshore. 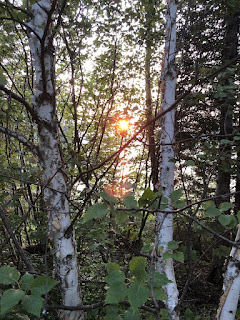 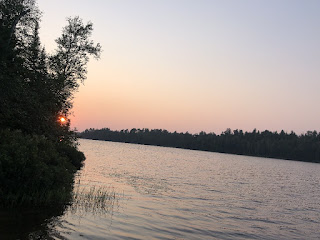 After a leisurely breakfast, I was pulling out, soon after a passing motorcyclist pulled in.  As I passed, I gave a cheery wave - only to be met with a steely gaze!  Oh well, I guess he's having a bad day, I thought.  As I pulled back onto the highway, I saw the large signs that said - no overnight parking!  Oops - but the road I had come in on had none of those signs ;-)