We were in line first thing in the morning at the Horseshoe Bay ferry terminal.  Hailey took her morning's medications as we waited.  We made it on the second sailing to Langdale.  Going to Vancouver Island by this route requires a total of three ferries.  Due to Covid, we immediately started to break all the standard ferry rules!  In larger ferries, the signs indicate that no one should remain on the car deck(s) during sailing. Now, almost everyone is instructed to remain in their vehicles!  On all the staircases, signs suggest holding onto the railings - no way I'm touching anything like that!

Just a short drive up the Sunshine coast is Gibsons.  Made famous by the TV show The Beachcombers, many readers will instantly recognize Molly's Reach, one of the central locations of the show. 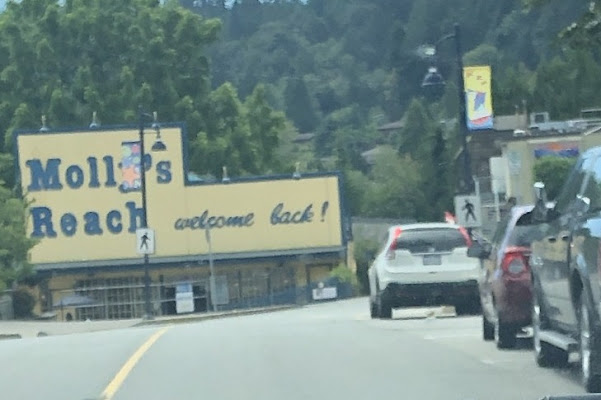 It was already getting later in the day, so we started looking for an overnight spot as we cruised northward past Gibsons, Sechelt, and Halfmoon Bay.  Checking Google Earth for places we had previously spent nights, led us back up on a logging road to a nice secluded spot to spend the night. 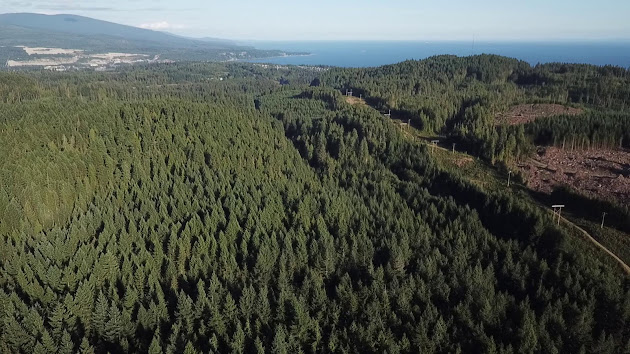 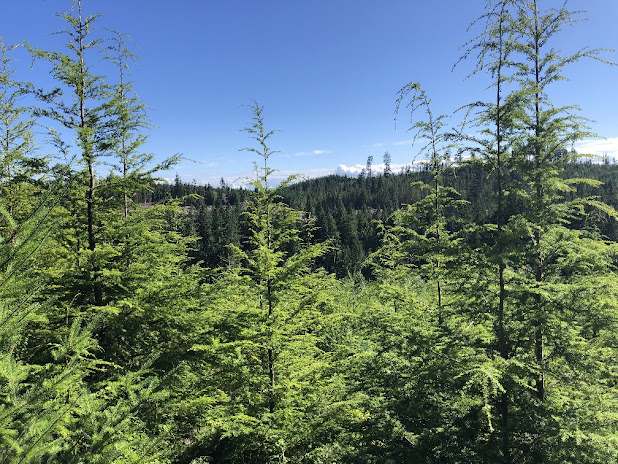 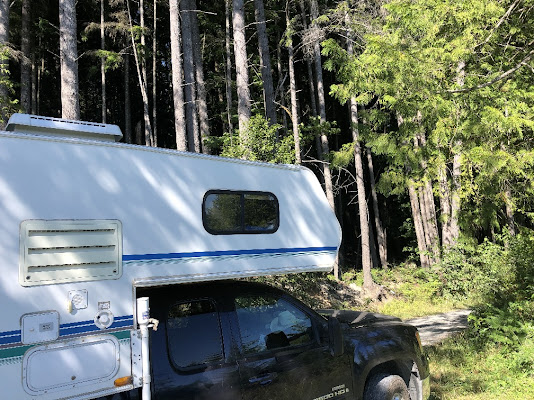 Next morning, on the northward wander, Smuggler Cove, and Skookumchuk Narrows provided opportunities for some hiking.  Without checking the tide tables, the hike to Skookumchuk (Sechelt) Rapids was timed to coincide with slack tide, which meant that it was pretty mellow, and I watched a large fishing boat float through with no issues. 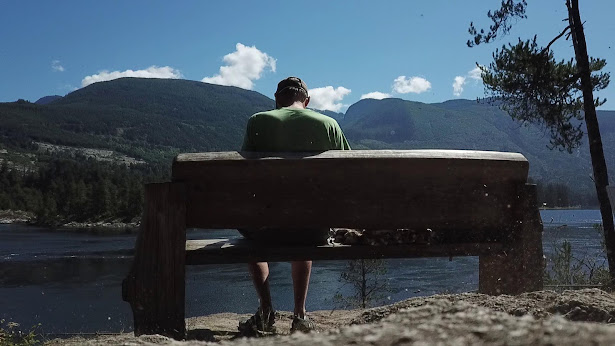 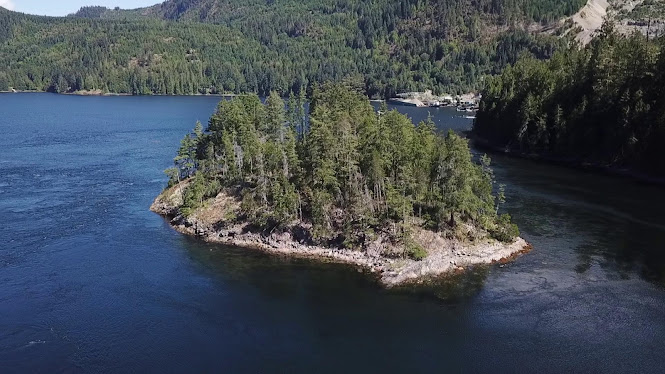 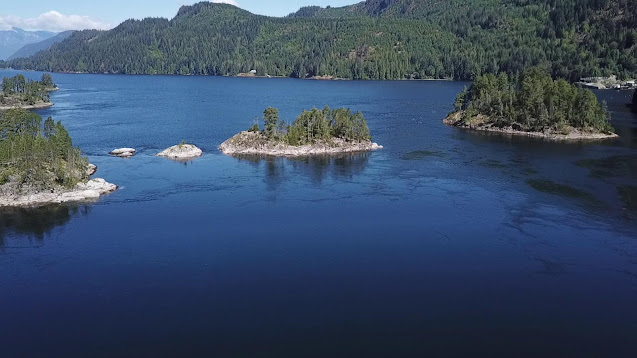 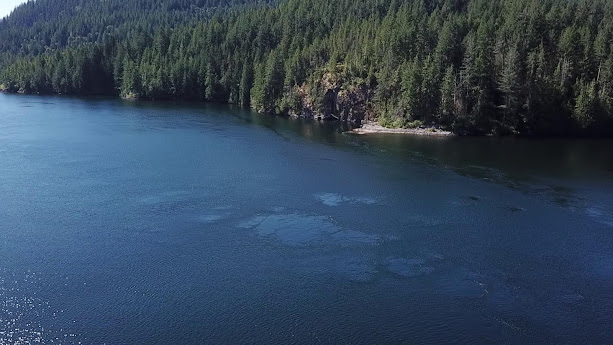 It was quite different the last time I was here, in 2015 at mximum tide flow.  Here are some photos from that time! 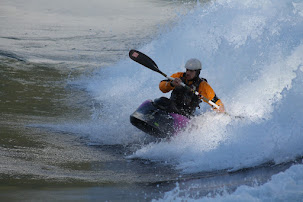 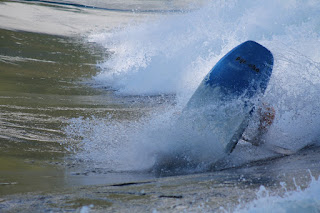 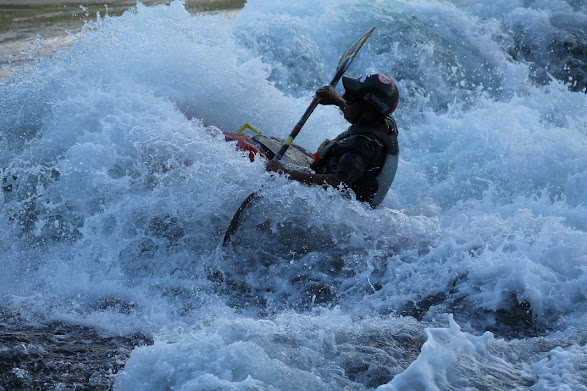 And here's a Youtube video of a barge running the channel!

Back on another ferry, we crossed from Earl's Cove to Saltery Bay.  All these locations are still on the mainland, but because of very long inlets, multiple ferries are required on the route. 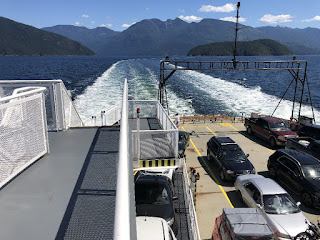 Just off the ferry, we checked out Saltery Bay Provincial Park

Last time we stopped there, the whales were putting on a performance (below), but nothing was seen this time. 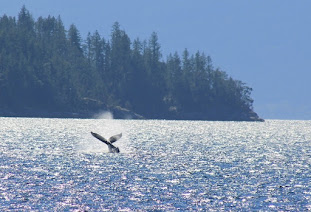 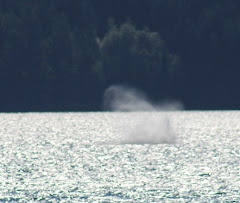 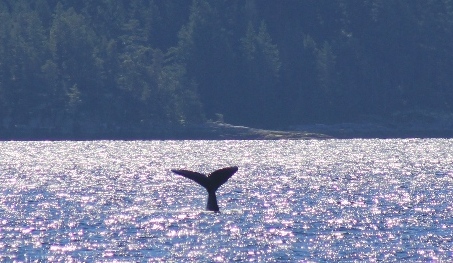 North of Powell River along the coast was an area not previously explored, so that's where we headed after picking up a few essentials in town.  Dinner Rock forest service campsite looked inviting.  Although the access road is extremely steep, it is paved, so getting down to this spot on the water was no problem.  Unfortunately, the camp spots were all full, and even if there had been vacancies, it was a bit too crowded for my liking.  Next place to check out north of the village of Lund, was Diver's Rock Regional Park.  Well, it turned out that this is only a day-use area with only 2-3 parking spots right on the very narrow road, and a short, steep trail down to the water, and one picnic table and a fire pit!  It was quite scenic however, so it was easy to waste some time here watching the boats and the sunset, before finding a quiet spot to spend the night. 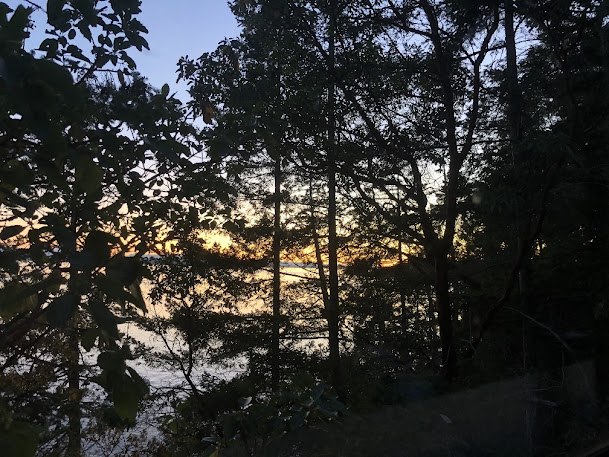 In the morning, I had my coffee on the shore, and watched at least 3 whales and a seal, not far offshore.

Parking appeared to be at a premium in Lund. 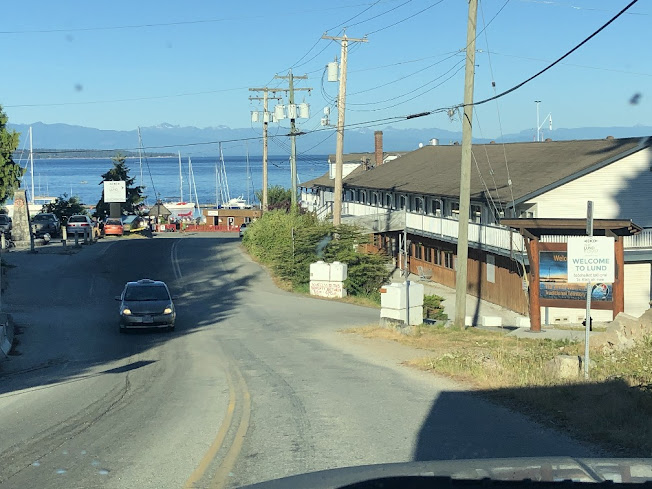 And so, for hundreds of meters along the road, vehicles were parked back to back.  No one was around, and I don't know if there was some sort of special event happening, or if all the people were out fishing or whale watching? 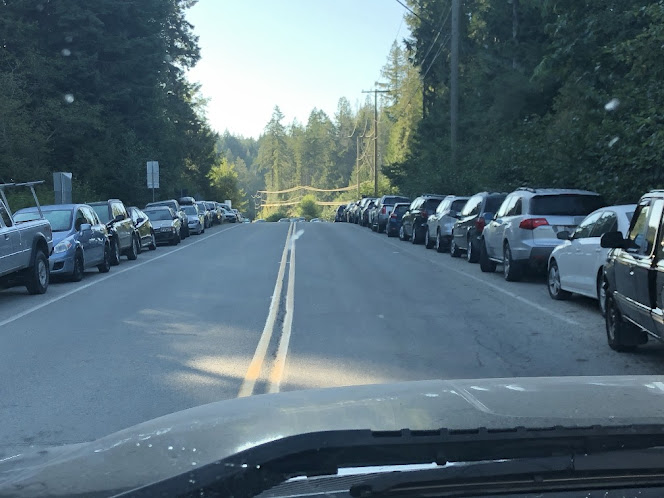 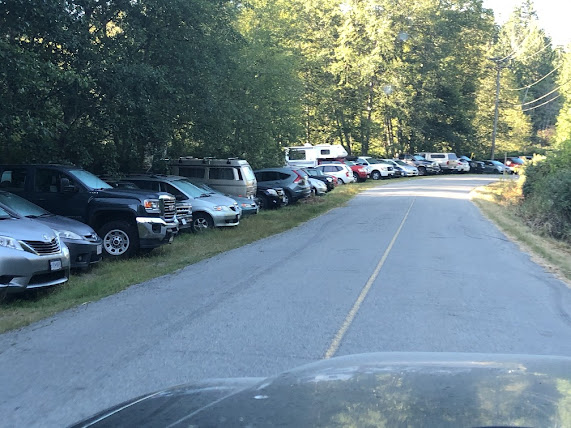 Headed back into Powell River in the morning, the sight of a line of concrete ships forming a breakwater caught my eye. 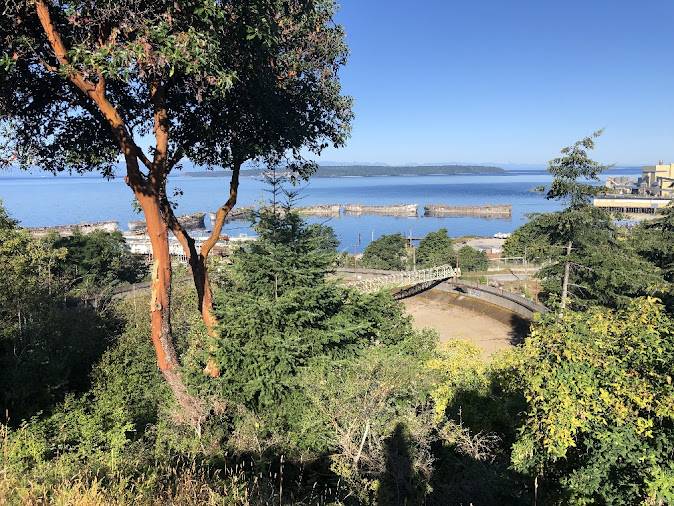 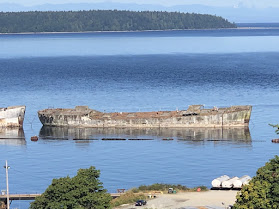 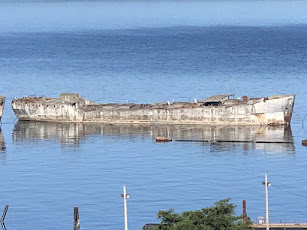