Well, my last two blog posts have never showed up on the sidebars of other blogs that link to mine.

And most of the readers find the blog from those links - which have not been updated!

All I can think of is that Blogger doesn't like my use of Open Live Writer to edit my blog? 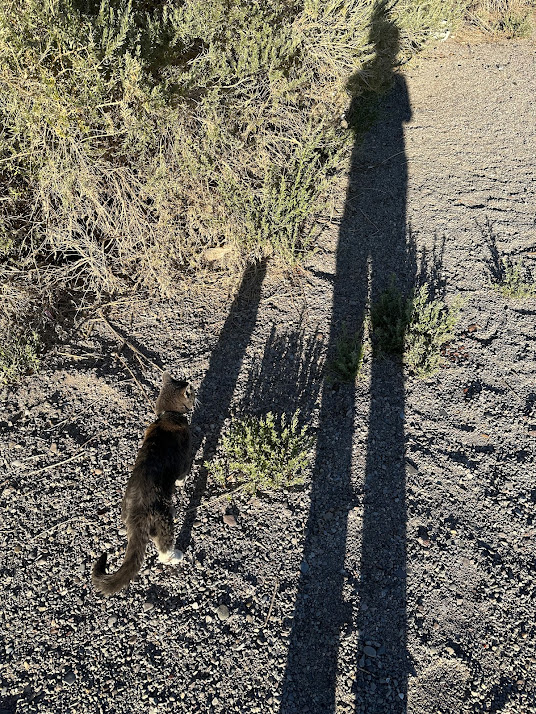 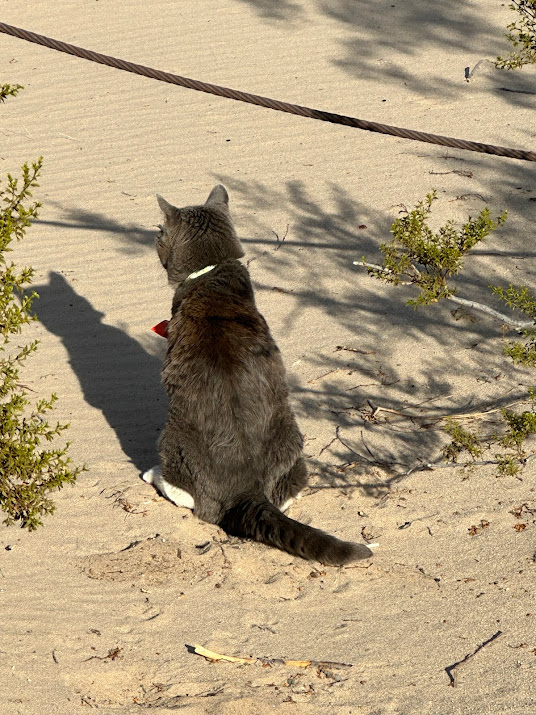 If this one shows up, feel free to go back and check the last two posts that you likely missed!

(For unknown reasons, my previous blog post did not show up on the sidebar of any other blogs, so you way well have missed it, if that’s the way you usually get here!  Maybe Blogger is just upset that I’m using Open Live Writer?  Time will tell if this one updates properly …)   In case you missed it, here’s a LINK to the last post.

We had a very enjoyable week long stay at Six Mile Cove on Lake Mohave (Colorado River), within Lake Mead National Recreation Area.  There was a fairly constant wind that attracted a few kite boarders, but it may have also kept any bugs away?

It was very quiet there overall, and there were a couple of days when there was no one else there at all.  We had the whole place to ourselves!  Even on a weekend!  At most, there might have been four rigs there for a couple of the nights – mostly just small RV’s and a van or two.  No noise, traffic, music, or annoying generators.

It appears that this place can turn into quite a zoo in summer, as evidenced by these two screen shots I took from youtube videos!

You wouldn’t catch me here in a million years with crowds like this.  I imagine the washboard on the six mile access road must have been intense with that amount of traffic.

It does appear from these photos though, that there are only a few RV’s to spend the night, but I expect that the long weekend ‘day’ users may have been partying a good part of the night as well?

This time at least the road in was in pretty good condition, with minimal washboard.

Not much of a crowd here!

Last year at this time, the park had two gate lanes open, but this year I did not see it in operation, but the Ranger did make an appearance at the cove most days, and park staff did come to clean the outhouses.

We had a problem though!  With the end of daylight savings time, several timepieces refused to accept the change – so we had no choice but to leave, and search out more timely locations!  Right across the lake was Arizona, which doesn’t use dsl, so when we got there, all the clocks were happy again!

Driving past Laughlin to Bullhead City.

Our intended destination was the Quartzsite area, so after partaking of some slightly cheaper fuel in Fort Mohave, we continued down through Lake Havasu, only stopping there to eat and stock up the food supply.  By the time we were approaching Quartzsite, it was almost dusk, so it was an easy decision to head a ways down Plomosa road to find a spot just to spend the night.

After a quick bite to eat, and a ‘cat-walk’ for Hailey, we tried to hit the sack.  But unfortunately, the blare of music from a group across the road even drowned out my radio playing inside my rig!  Not having set up at all, it was easy to re-locate a mile or so further down the road, where at least the volume of noise was tolerable.  I saw another rig pull out at the same time – likely for the same reason?  I usually try to camp as far as possible from others, just to avoid situations like this.  Sure glad I wasn’t all set up and unhooked.

Hailey likes to keep on top of the news!

In the morning, we topped off the propane in Quartzsite, and headed out to our recent favourite spot, at least a half mile from the nearest neighbour.  Perfect!

We were camped north of Baker, Ca at what I think was the remains of ghost town Silver Lake.  I bit of research showed the town existed from about 1906 till 1940 …

“Only a cemetery and a mound of crumbling adobe attest to the fact that Silver Lake ever existed. The Tonopah and Tidewater Railroad brought this town to life in 1906 when it completed its rails across the dry lake bed that gave the town its name. With its post office, saloons, and depot with telegraph office, Silver Lake was a growing metropolis of about a hundred hearty souls in 1907. The town began a rapid decline in the 1920's, the post office was transfered to nearby Baker in 1933, and the T&T Railroad ceased service in 1940. “

It turned out to be a pretty decent place to camp.  In close to a week, vehicles only came by once, though some ATV’s were on the nearby powerline road, mostly on weekends.  There is lots of potential firewood laying around, though we never had a fire because of the constant winds, and the possibility of a California fire restriction.

The only real downside was the amount of broken glass all around.  I cleaned up some of the worst stuff close to camp, but there was plenty to go around, no doubt courtesy of small minded ‘target’ shooters.

Industrial traffic across the road on the dry lake bed.

I went for a look at the nearby Silver Lake cemetery.  I thought all the graves would be from the early 1900’s or so, but there were quite a number of fairly recent graves, including WWII military vets, and some into the 2000’s.

The most prominent grave there is the one for ‘Death Valley Jack’, Harry W Nickerson, who was an early homesteader and pioneer, apparently responsible for improving a lot of the area roads.  He was born in 1887, and died in 1932, aged 45.

“Nickerson was an early Mojave pioneer. He homesteaded at Halloran Summit and established a tourist stop that would soon be called Yucca Grove. It consisted of several stucco cabins, a cafe, and a garage”

It was still fairly cool at the relatively high elevation at Baker, so we decided to look for some more lower elevation warmth.  But first we took a detour down Cima road into the Mojave National Preserve to look at a place we had camped previously.  But it was even higher and with the brisk wind, it was even colder, so we didn’t linger.  We carried on through Nipton, Ca, and Searchlight Nevada, and down into Lake Mead National Recreation Area.

Entry gates were closed (maybe because it was Monday?), and we found our way down about 6 miles of gravel wash to Six Mile Cove!

This road can be horrible with washboard, but this time it seemed to be in much better condition thankfully.

We met one rig headed out, and the second and last departed not long after our arrival, so we had the whole place to ourselves for at least the night!

To the casual observer, the trash situation here is much better than when we first visited years ago.  And at least the huge dumpsters have covers on them now!  But in spite of the improvements, I have been able to fill my 5 gallon pail many times with thousands of bottle caps and almost everything else.  Venturing back into the bush produces a ‘gold mine’ of bottles, cans, paper plates, chip bags, and despite the three regularly cleaned outhouses, a disgusting array of TP.

Just a couple of pails of trash, from the many I hauled to the dumpster.

It is very quiet here at this time of year, and the huge dumpsters are virtually empty, but nonetheless, the big truck showed up to remove the almost empty bin with a completely empty one …

As you may have guessed, since I am not blogging from my yacht in Monaco …  I did not win the $2B Powerball lottery recently!  I was close though – I had six numbers.  Problem is – none of them matched the winning ones!  Another $2. down the drain!

Another test of a video – this time from Dropbox.

A major battle happening in our camp spot!