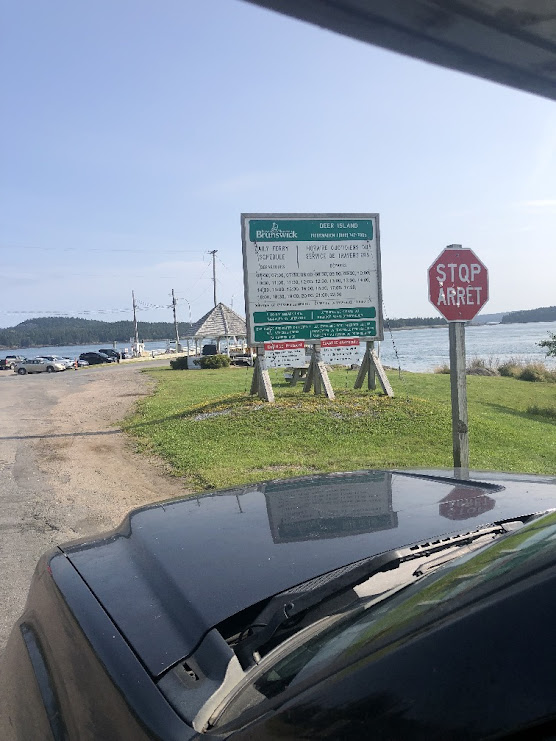 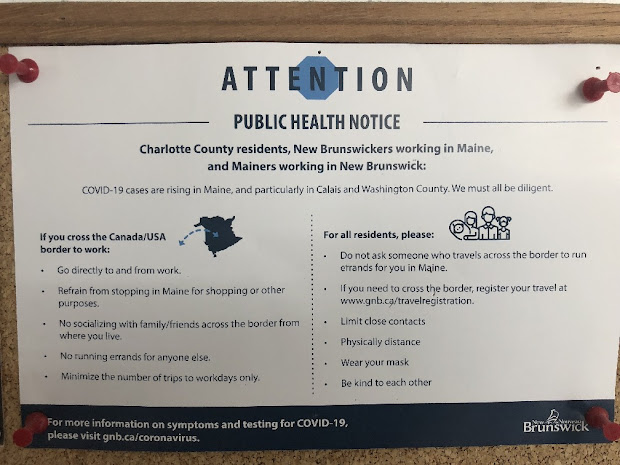 After spending a few days on Deer Island, sailing and seeing a few whales off the coast, it was time to head back to the mainland.  There is a free ferry, and it's about a 20 minute trip.

First stop was in St. John, with a dump and a fill at the information centre on the edge of town. 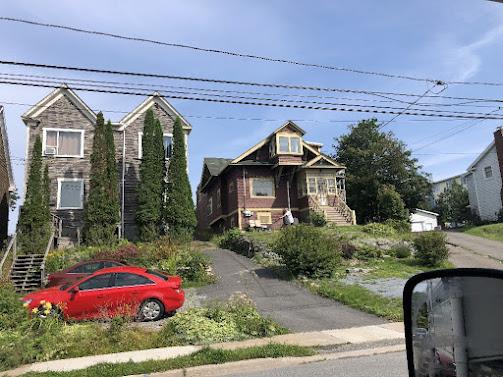 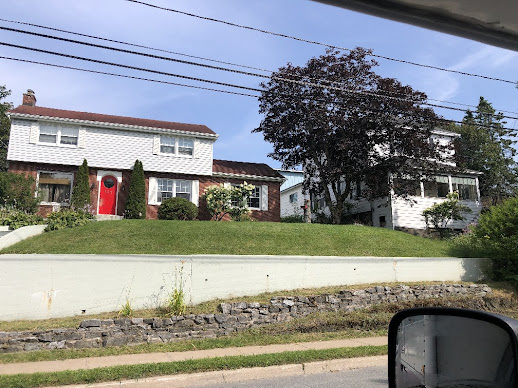 The reversing falls were not performing, so we topped off the fuel at Canadian Tire ($1.35/l  diesel), and continued on to get out of the urban area.

We found a great looking spot at the end of Duck Pond road, right on the beach, and went to explore down the shoreline. 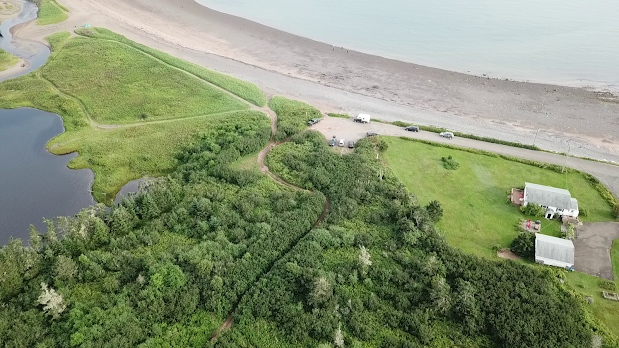 Turn the sound on to get the full thrilling effect of this video ;-) 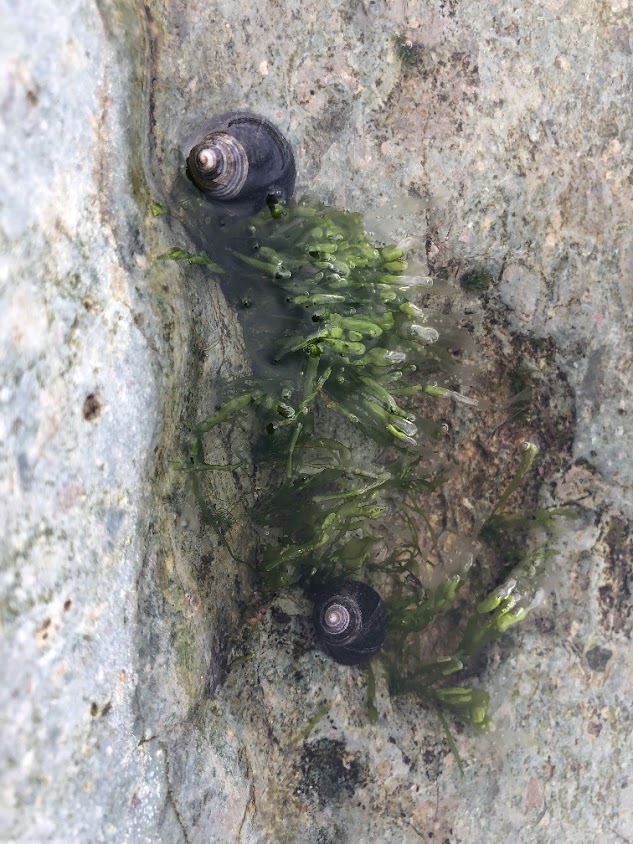 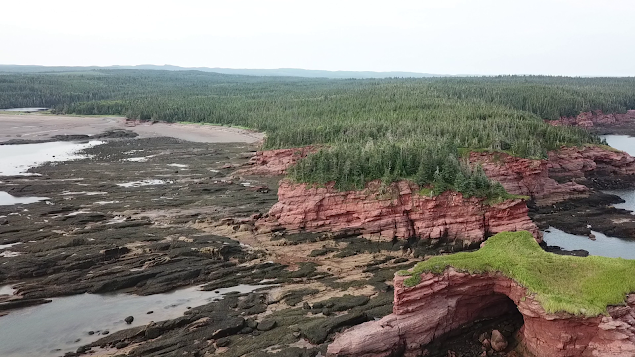 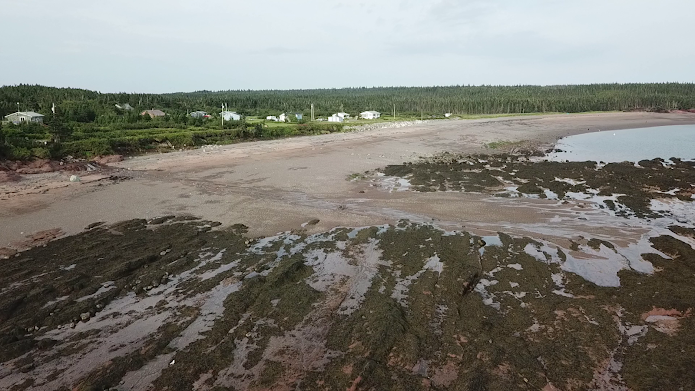 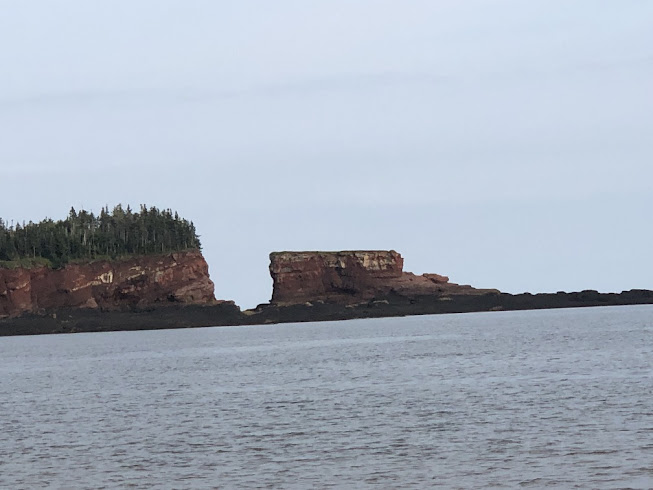 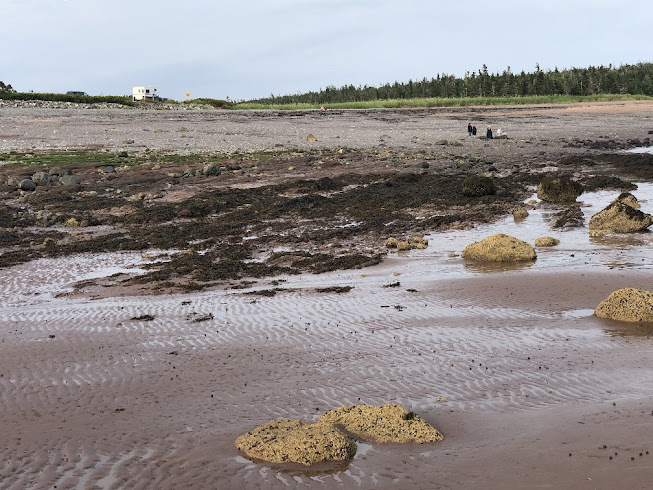 All was well till a very polite lady came over from the house nearby and inquired if I was "looking for a camp spot"(!), as this was supposedly private land.  Seemed like a public road to me, but nevertheless, we moved a few miles down the shore to a quieter spot to spend the night.  There were no dogs here, so Hailey got out to see what she could find! 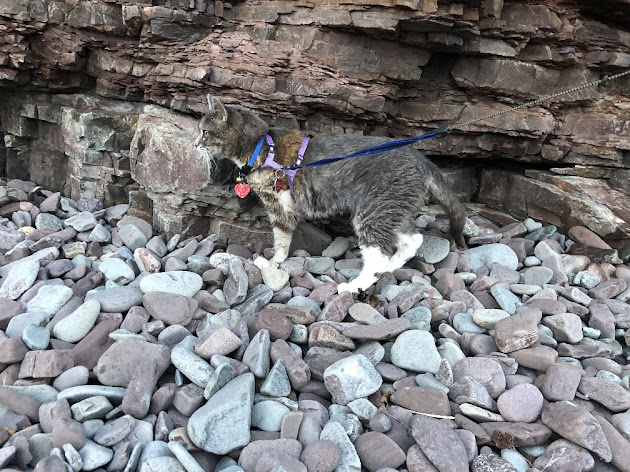 Next morning was slow, to give the fog time to burn off.  We continued along the coast, following the slowest roads possible.  This led us to the covered bridge at Tynemouth Ck. 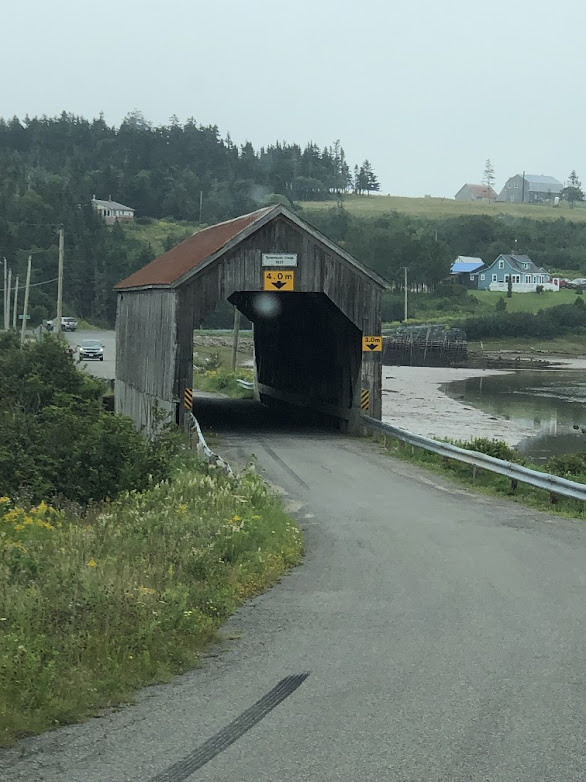 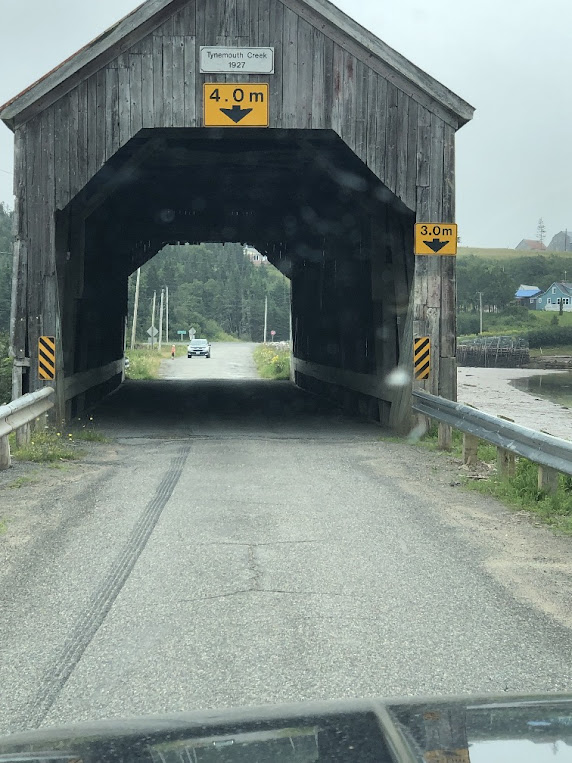 Sound 'on' again, for another thrilling video you'll want to watch again and again.  Might even be better than the snail video ;-)  'Clearly' (full of puns today) all the fog had not yet lifted!
Near Penobsquis, there was this blade from a wind turbine, sitting on special stands along the road.  It had sustained some damage, but not sure if that was a shipping accident or if it had been in use.  You have no idea how big these things are till you see them up close. I paced it out at about 65yds or 60m long. 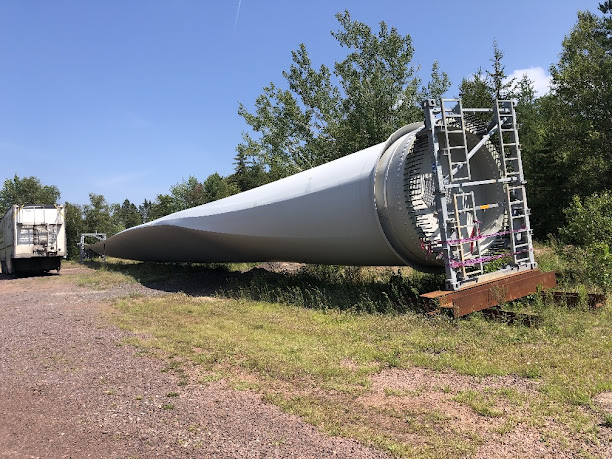 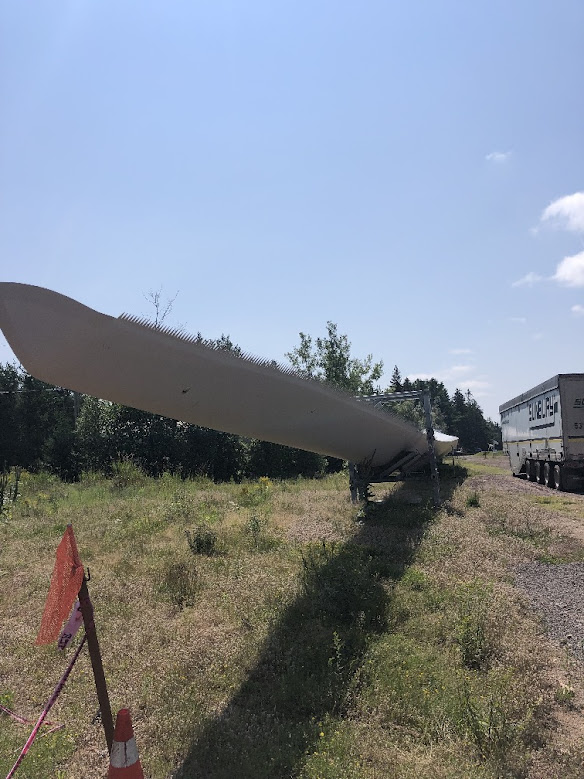 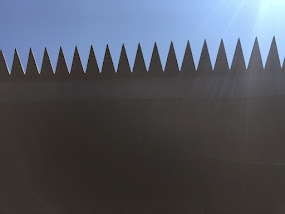 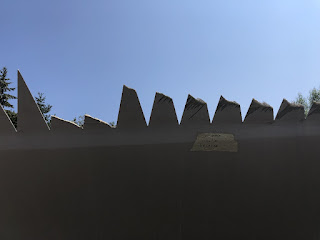 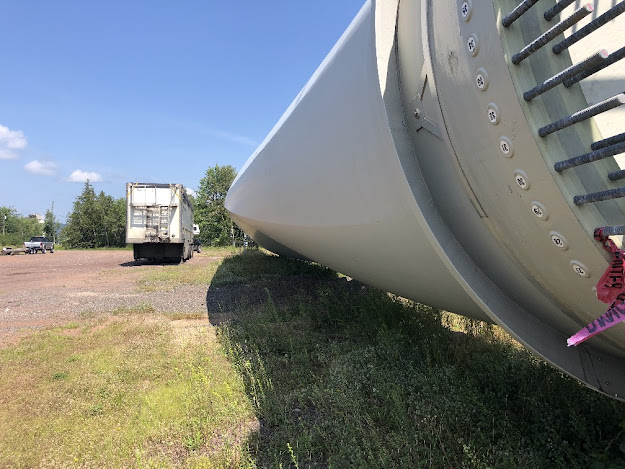 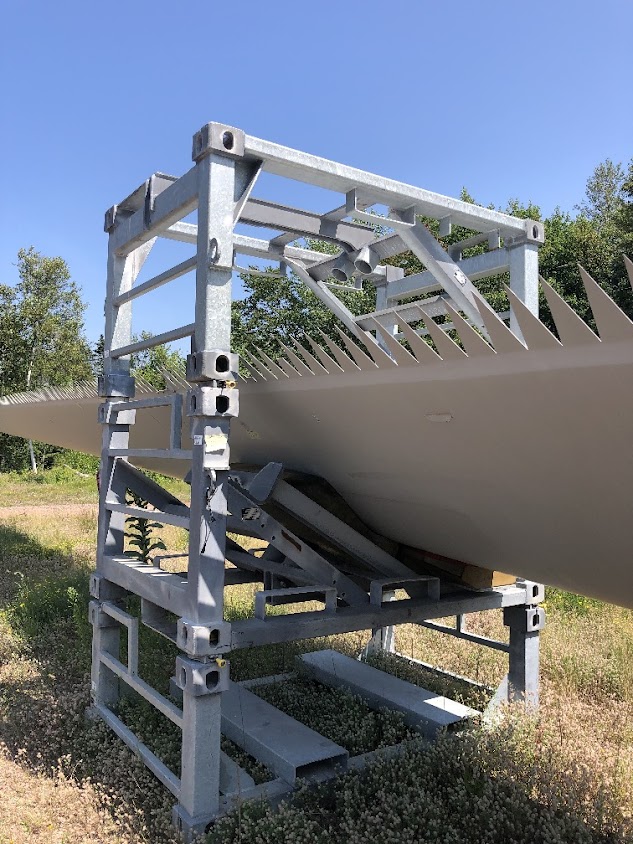 At the end that attaches to the windmill drive unit, there are 176 or more numbered bolts to attach it, and even a trap door to go inside the blade! 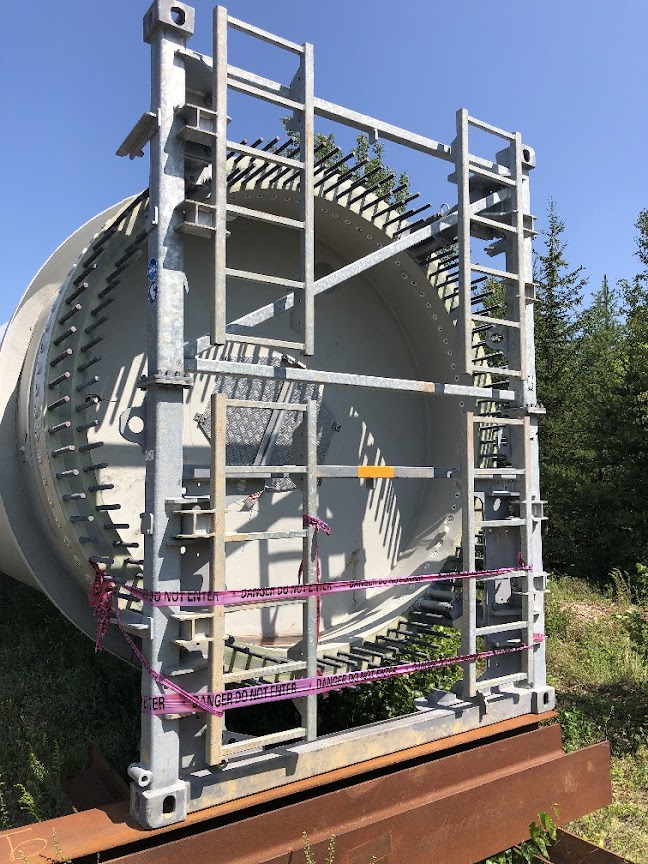 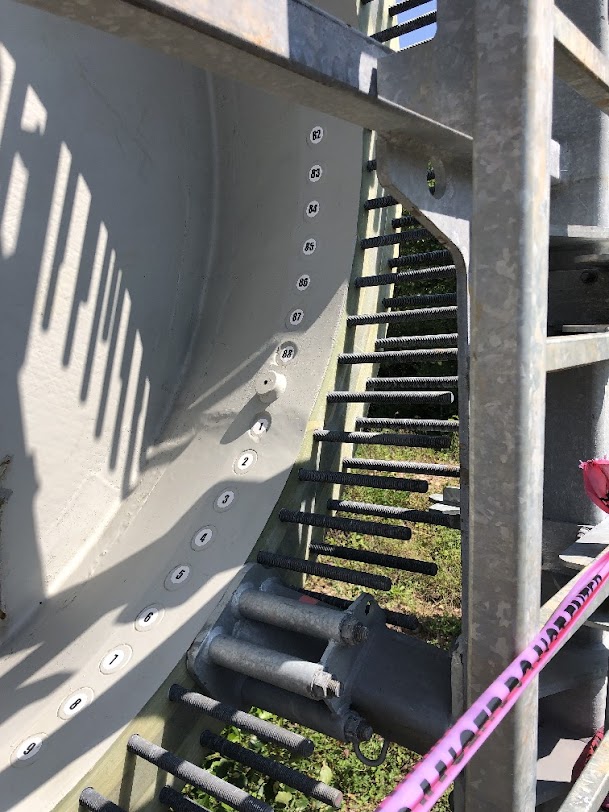 There were so many photos to post, that we didn't quite get to the Fundy Park part.  That'll have to wait for the next post - coming soon!