Finally! Back on the road! Southbound down the coast.

I guess it’s been a while now since I last posted!  That was while I was still working, and there were still fires to worry about. 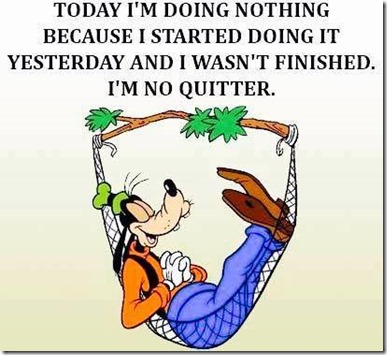 Well, I haven’t worked for quite a while now and most of the time has been spent around home, just watching the calendar and wishing it would speed up a bit.  There were a few early snow storms around home and I actually had to shovel snow a couple times.  Very little to blog about.

But between bouts of bad weather, there have been some nice spells, so tried to take advantage as much as possible to prepare for the migration southward.  I knew departure time was getting close when Hailey asked to go into the 5th wheel, then gave me the “Well, when are we leaving” look! 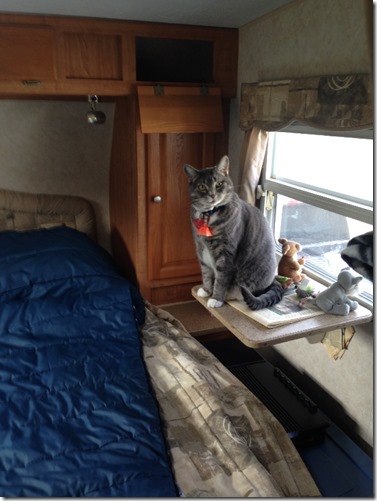 Unlike usually, I actually spent time cleaning out the basement and organizing a few things, checking the tire pressures, replacing an outside shower faucet, blocking a few rodent access spots, etc.  Surprisingly, never had a single mouse get in even though the rig was parked there all summer. 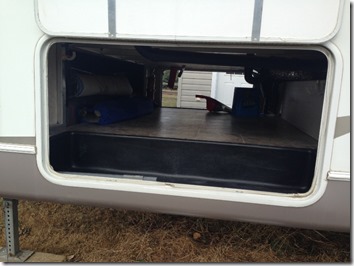 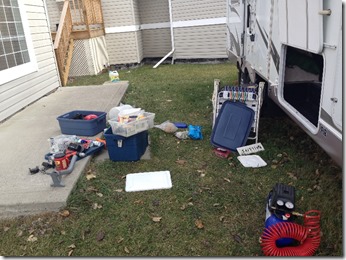 After it became clear that there were no more trips to be had with the truck camper, it was taken off and readied for the winter and the hitch and winter gear was moved to the truck.  Bicycle and inflatable kayak into the back seat …The truck was even treated to new tires and a new headlight.  At 350 thousand km, it’s just about finished it’s ‘break-in’ period I think! 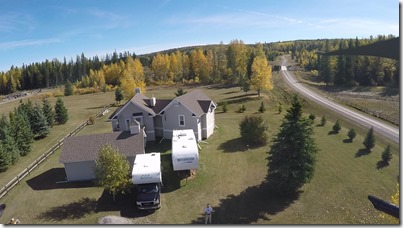 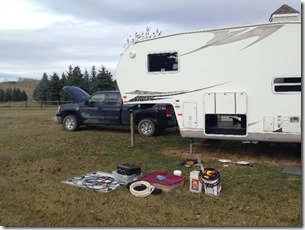 Then one day last week, I ran out of reasons to stay home any longer, so off we went.  Spent the first night just down in Cranbrook, BC, at the Home Depot ‘campground’, and availed ourselves of the nice, spacious, free dump and fill site in Cranbrook to flush out all the old anti-freeze – from winterizing in the spring when we got home.  Didn’t bother to fill the tank, but got everything rinsed and ready for action.

Then it was down across the border into Idaho, south west into Washington and Spokane. We often spend a night along the Columbia River at the John Day dam, and this year was not an exception. Weather throughout was a lot of rain and low visibility. 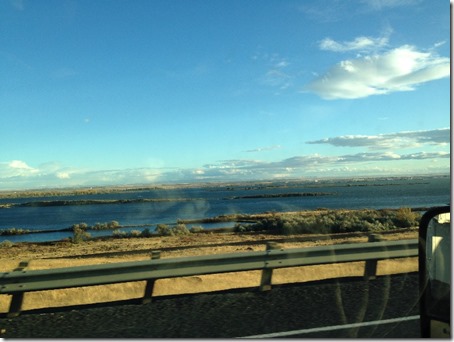 On through Portland mid-day on a Saturday, but that didn’t prevent the traffic from being stop and slow for a fair distance.  It was tempting to stop at Camping World just south in Wilsonville, or the Fry’s Electronics store, but with nothing on the required list, we opted to keep on going.  Made a slight deviation on our usual route through McMinnville and went a bit further south on I-5 to Salem before heading to the coast. 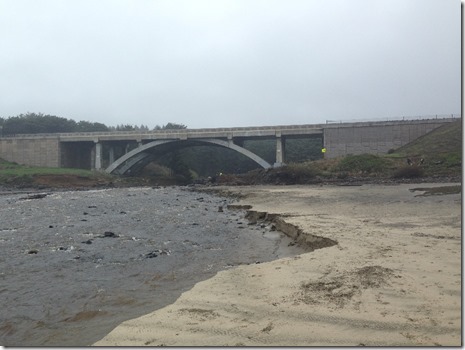 Winds were high most of the way, and the frequent rains continued, but lessened south of Beverley Beach State park as we continued down the coast.  Hailey assumed her traveling position, as usual. 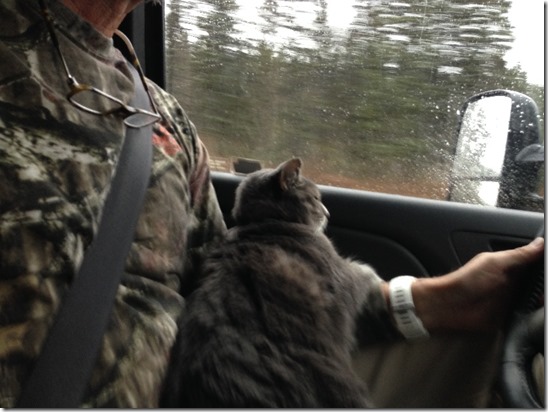 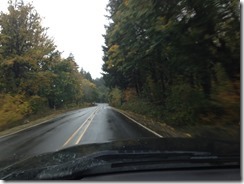 We stopped at the north jetty in Gold Beach, Or, and checked out the feral cat condos and a few of it’s residents.

There were also harbour seals, pelicans, and plenty of gulls to keep Hailey’s interest. 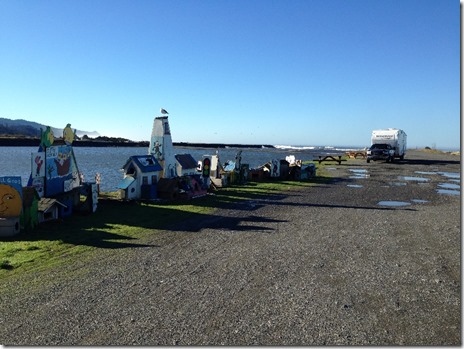 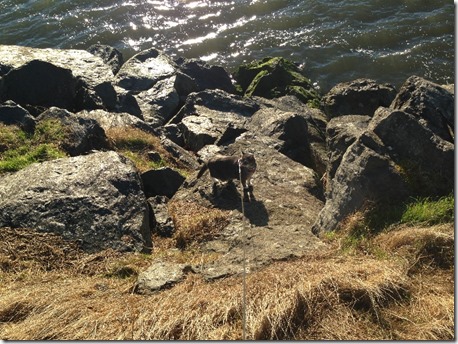 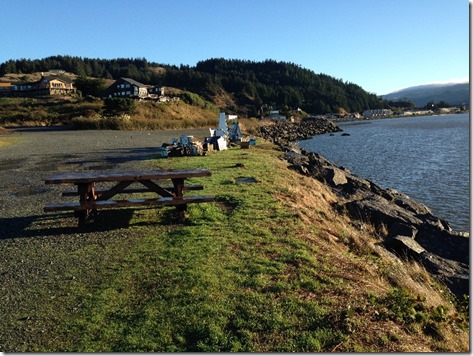 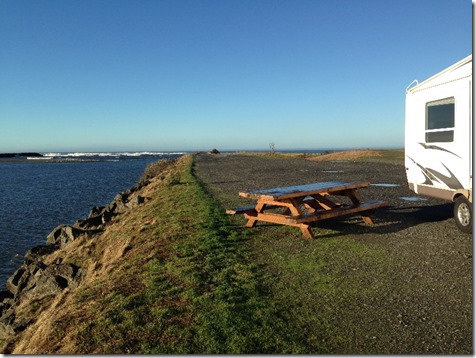 One of the timid condo residents! 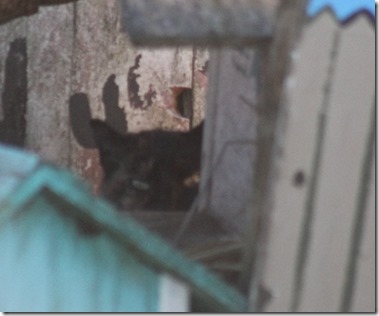 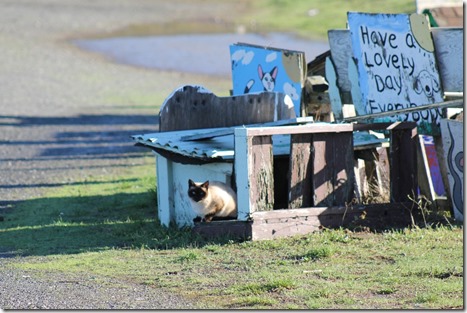 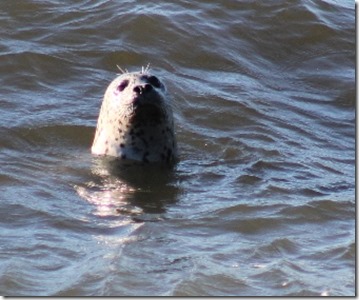 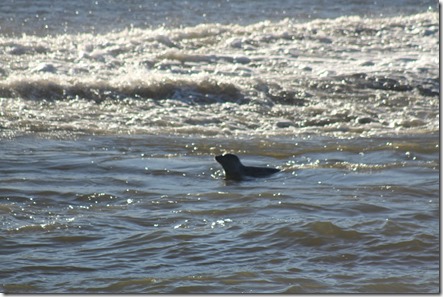 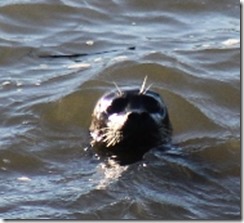 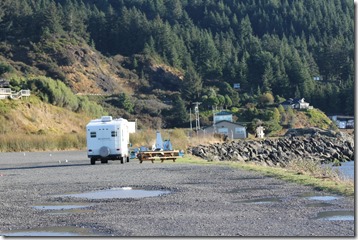 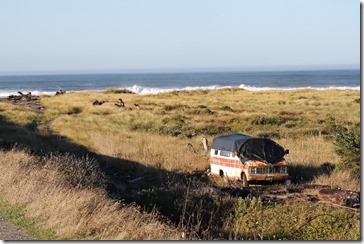 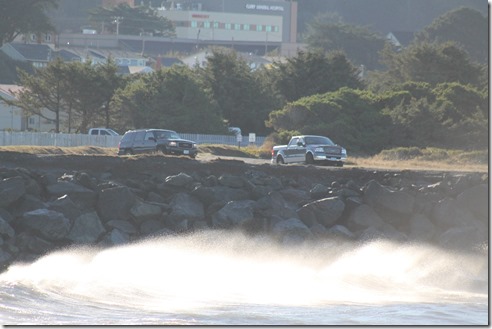 Looks like I am one of the first to head south this winter! The world famous Bayfield Bunch are still completing travel preparations, but should be on the road to the south west soon!  Jean & Skip are rumoured to be leaving British Columbia soon, and the ever stealthy Wandering Willy shouldn’t be too far behind them.  John & Brenda were doing some last minute work on their rig before heading south.  Brand new full-timers Ernie & Deb will be leaving the frozen flatlands of Saskatchewan soon for the south.  I’ll have to get them blogging too!

Now that Hailey and I are on the road again, the blog frequency should pick up the pace a bit, and be a bit more regular.

A map of our route so far.  Where we go from here is anyone’s guess 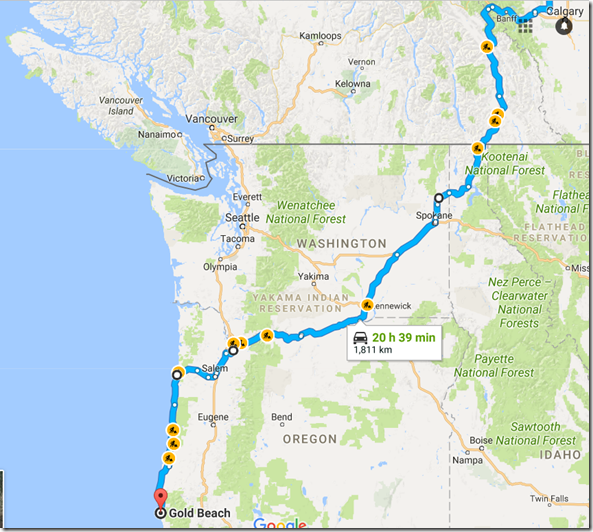