After a foreshortened excursion down the Eastern Shores of Nova Scotia due to rough roads and the impending tropical storms, we decided to head for Prince Edward Island.  The only bridge to the island is fairly new, but when we visited 9 years ago, I thought the ferry had been discontinued.  It turns out that there are still at least two ways to drive to the island.  After a bit of research, it was determined that getting TO the island is free, but there is a toll to leave!  As it turns out, the ferry costs more than the bridge, so it made sense for us to go across on the ferry - and leave via the cheaper bridge. 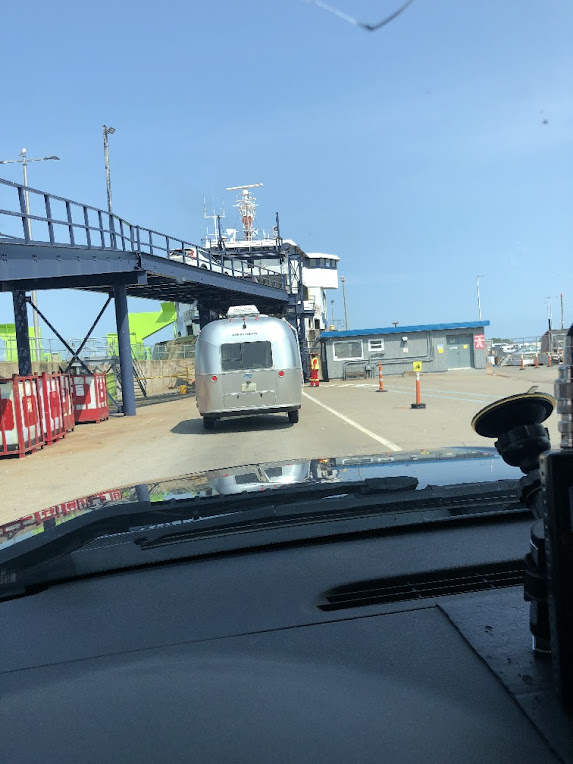 Hailey is no big fan of ferries, and all the noises and banging around of loading trucks etc, but she is getting better and braver, and usually comes out of hiding before we even leave the dock. 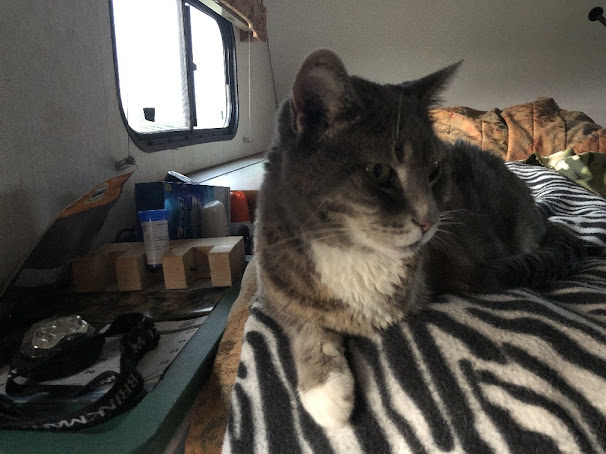 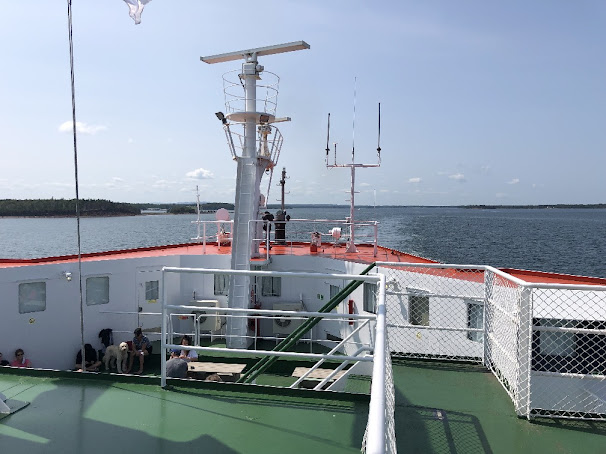 Because of Covid, I had gone online a week or two prior, and entered all the pertinent details, to get my 'PEI Pass'.  While on the boat, they announced that, to save time upon landing, you could get your documentation checked while aboard.  I looked at the long, non-socially distanced line inside, and decided to stay out on the deck and enjoy the scenery instead, and take my chances on shore.
As the traffic on the boat went ashore, I saw some of the vehicle drivers handing a red or pink card to the traffic control guy, and he directed them to the appropriate lane.  All I had was the e-mail with proof that I had checked in online, but he waved me on without even looking at it or asking me any questions!  I soon realized that I was in the 'through' lane and home free, while there were massive tents set up on the adjacent parking lot to presumably check peoples credentials or perhaps order tests. 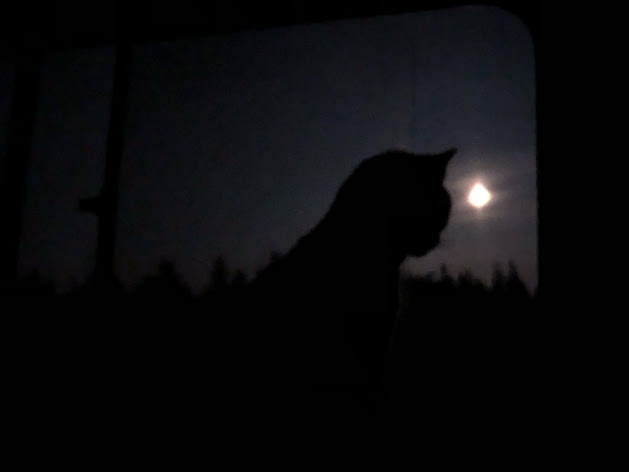 Most of my time on PEI was spent visiting with old friends from our Jasper days - and their 5 border collies, 2 cats, and numerous chickens and ducks.  One of the dogs stops by to say hello to Hailey! 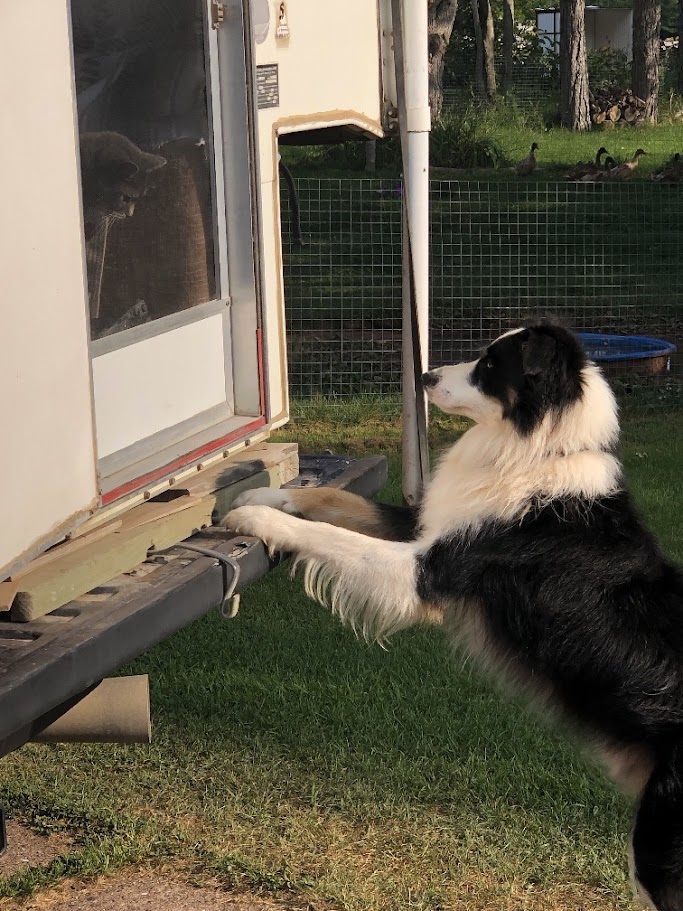 We also toured up to the northern tip of the island, where there is a wind farm and lots of windmills. 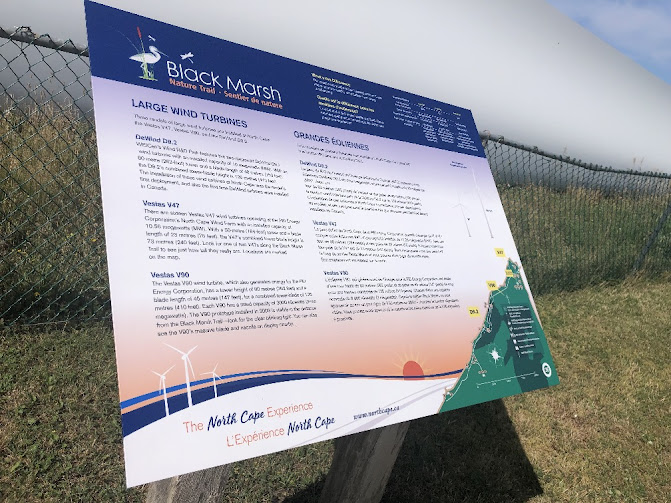 And of course, a visit to Skinners Pond was in order.  That is where Stompin' Tom Connors grew up!  If you're an American, you've likely never heard of him.  If you're Canadian, - no further explanation required! 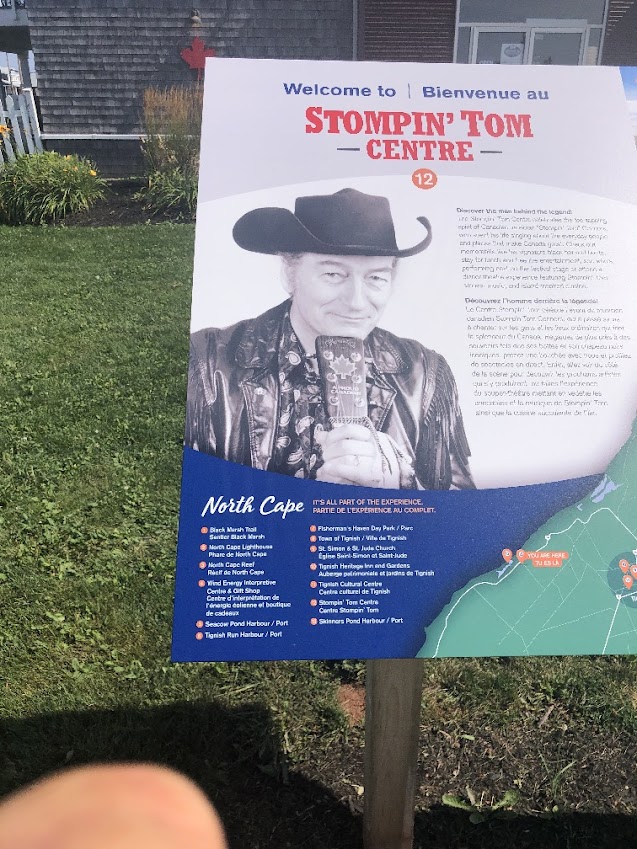 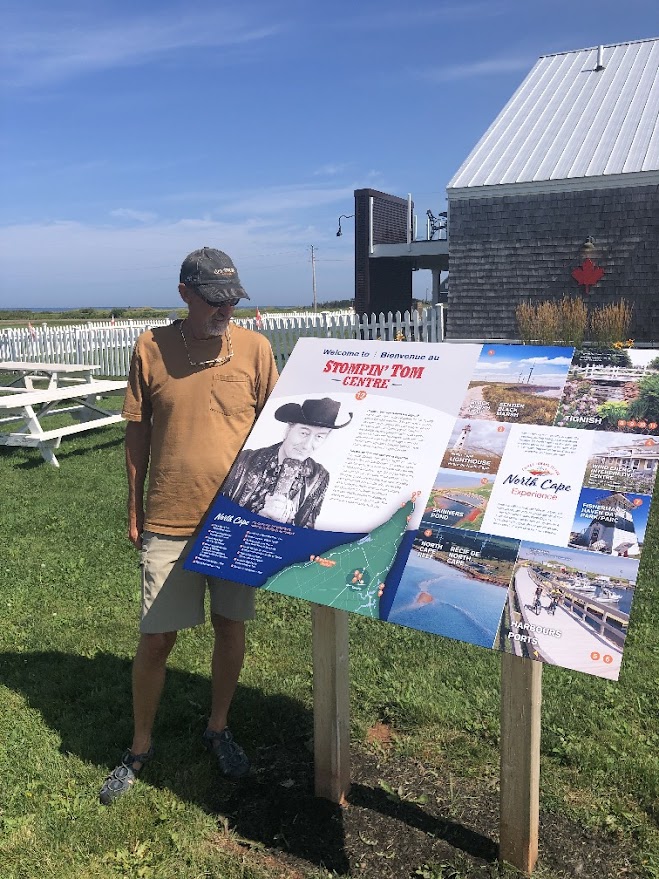 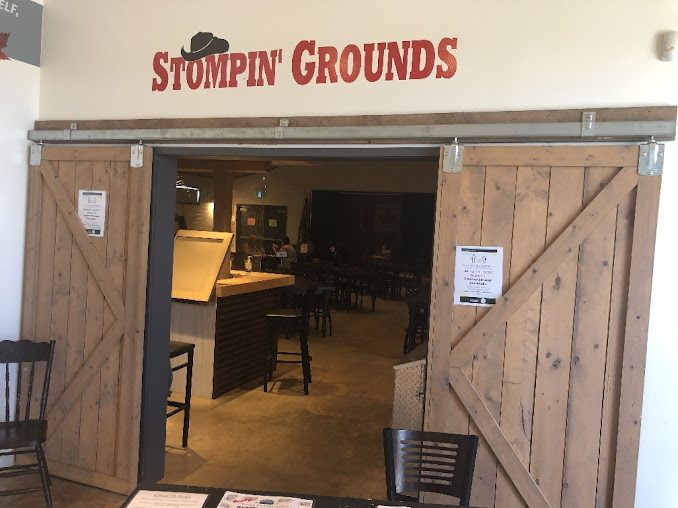 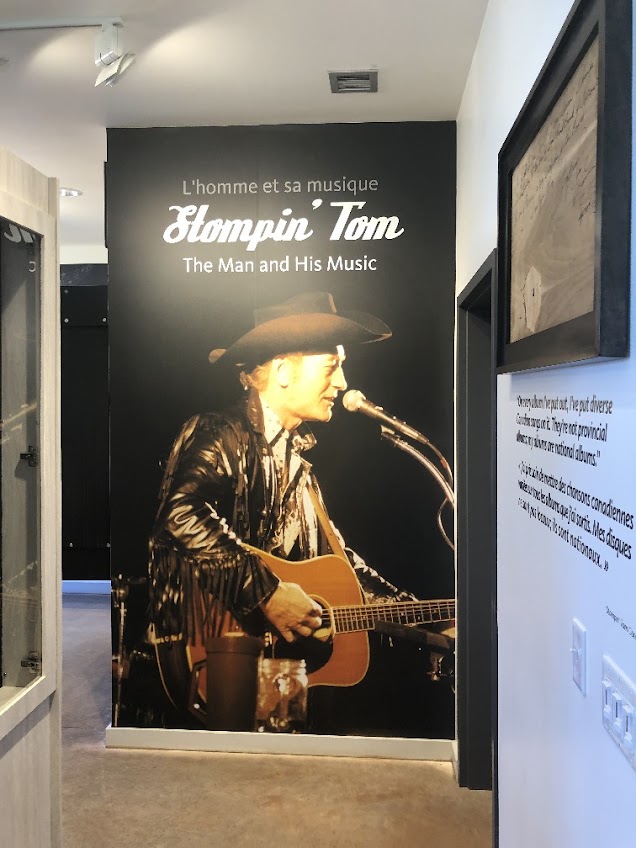 Back on the farm, there was lots of art work by my talented hosts. Dogs, cats, ducks, you name it! 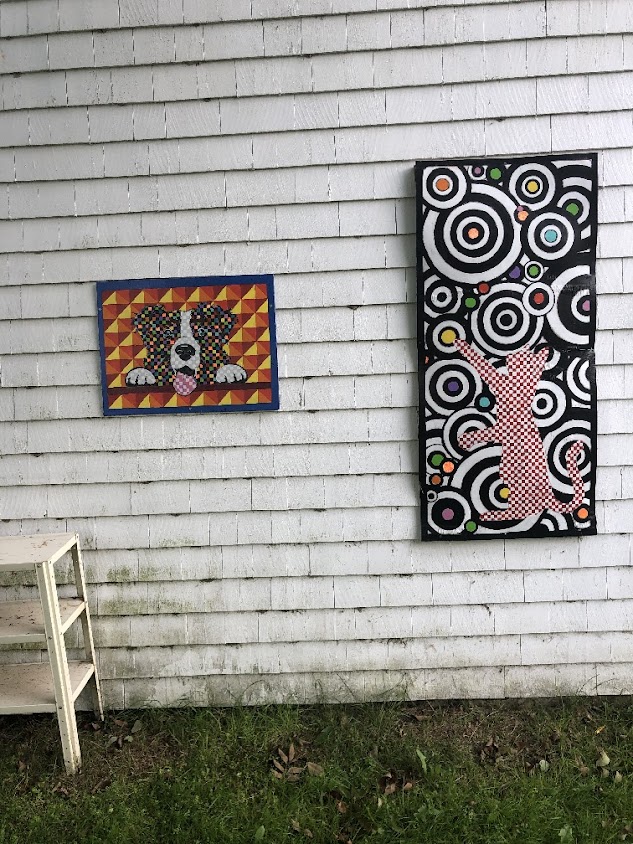 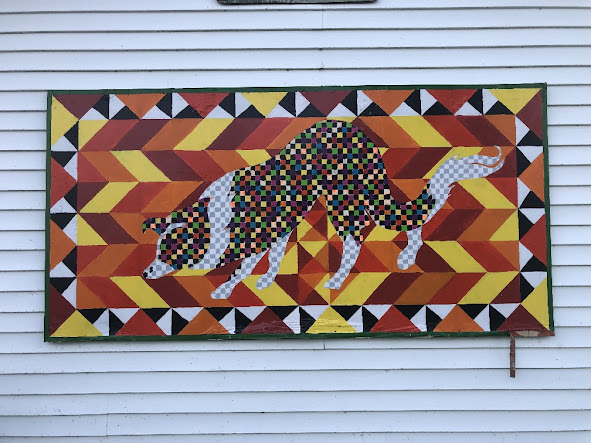 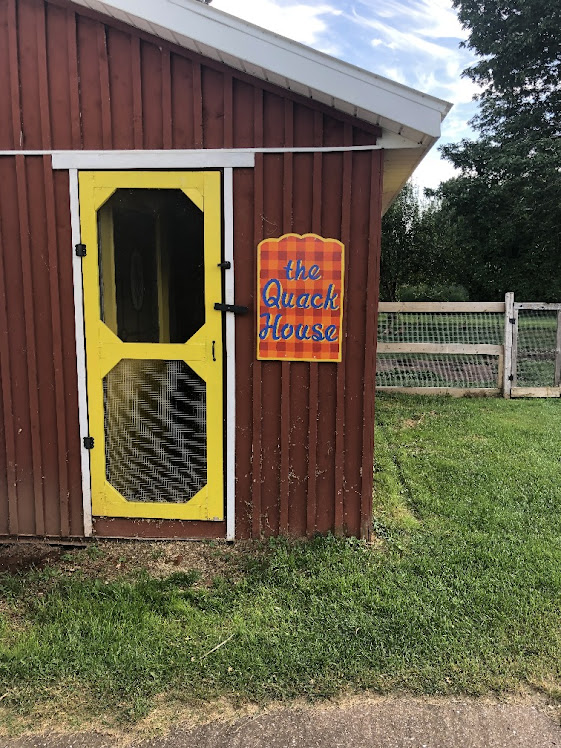 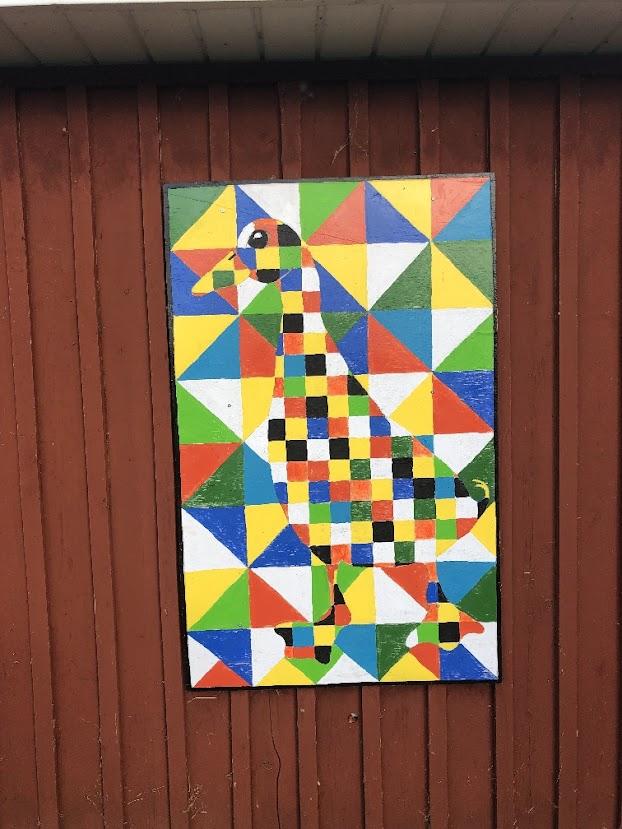 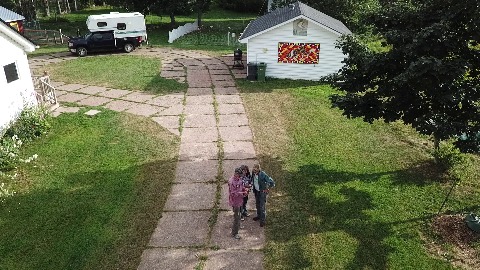 After a good visit, and feeding a healthy population of mosquitoes, we departed the island via the 14km long bridge.  I could see that there was a similar check-point set up for those arriving on the island from the bridge.
I think it was about $48 to leave the island by the bridge. 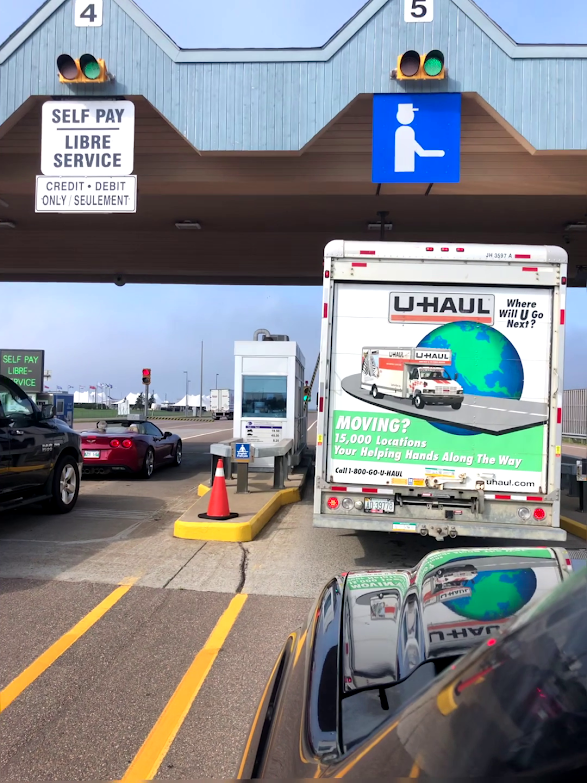 View of the bridge from the mainland end. 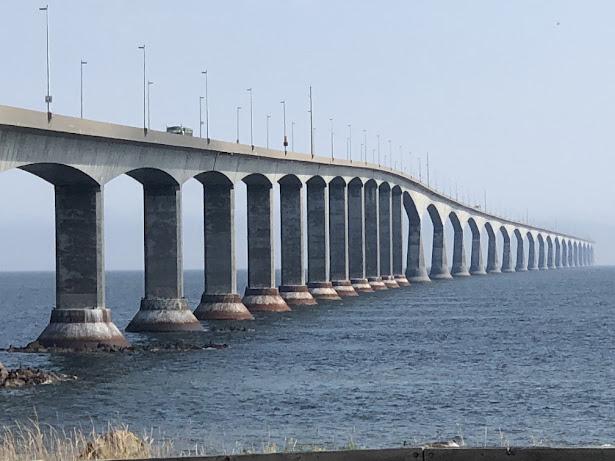 Our first camp spot back on the mainland was this long beach on the edge of a small town.  There was a large number of seals or sea lions just offshore in the morning, that a local told me was an unusual occurrence around there. 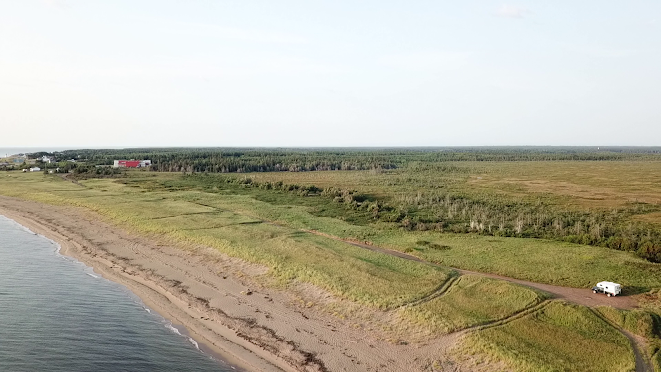 Conservation Officers were out posting signs, to keep people from driving vehicles and ATV's on the grass or dunes - to protect the resident Piping Plover population. 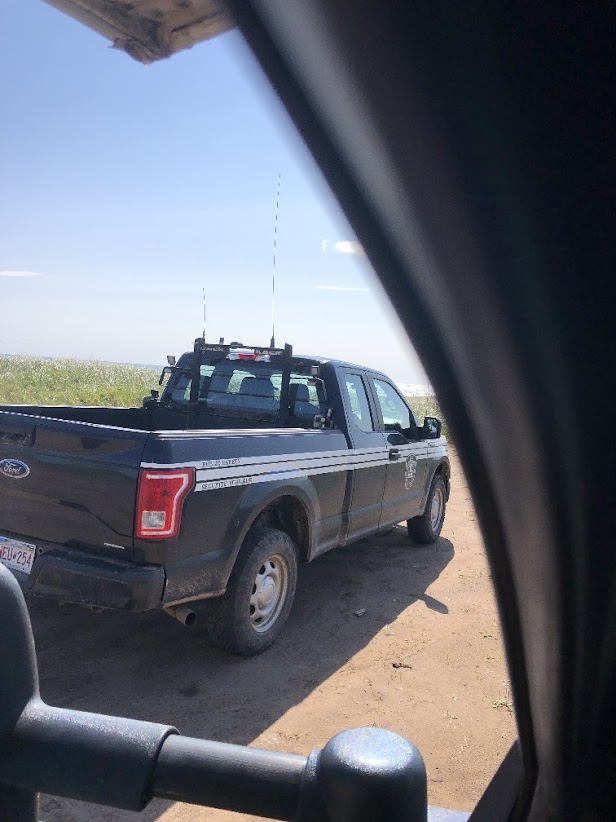 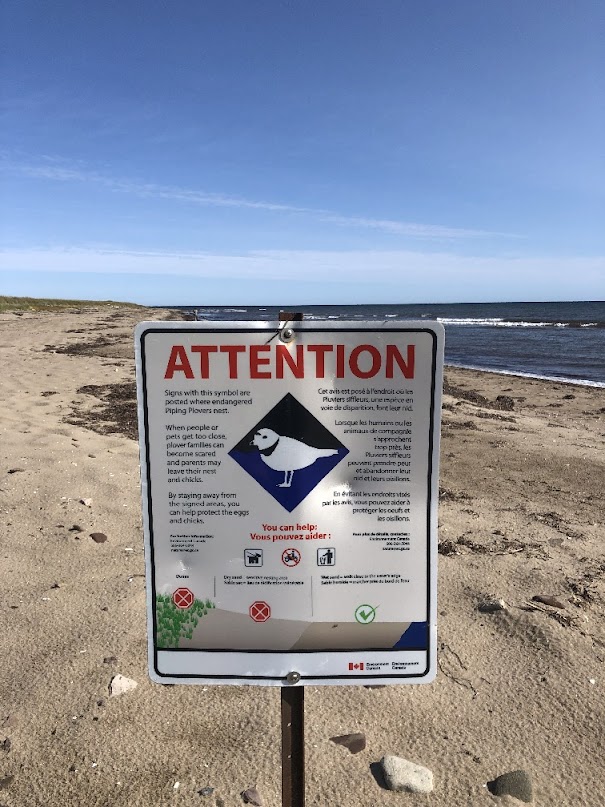 Next night there were some pretty strong winds blowing and big waves breaking on the shore, but it was not a problem from our spot overlooking the harbour. 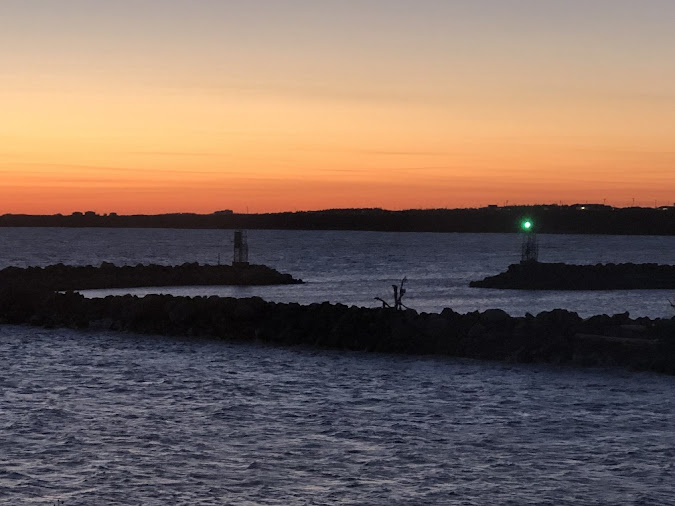 I think from here, we'll be started the long 5,174km trip home.  We'll need a little time to swap out the truck camper for the 5th wheel, in preparation for heading south for the winter - assuming the southern border opens up this fall.  Stay tuned!