The 'Causeway' is the only road connecting Cape Breton Island with the mainland.  We crossed it in windy conditions, then cruised into Port Hawksbury.  We filled a propane bottle, picked up some groceries and refreshments, discovering a small cannabis sales area in the back corner of the govt liquor store.  I wanted to check out Battery Point Provincial Park on the way through, but the GPS had some difficulty locating the turnoff, as it has clearly moved a few yards in the last few years.  But the best guess was a road marked as below, so I thought it must be some sort of industrial site? 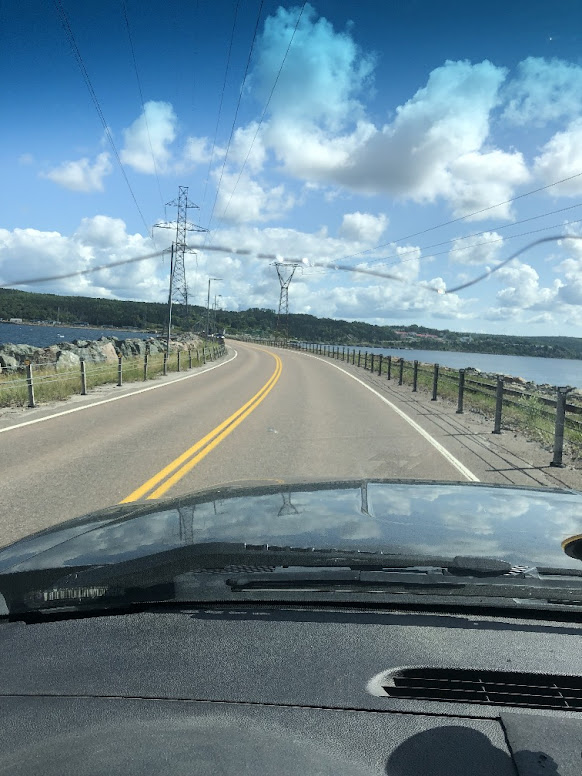 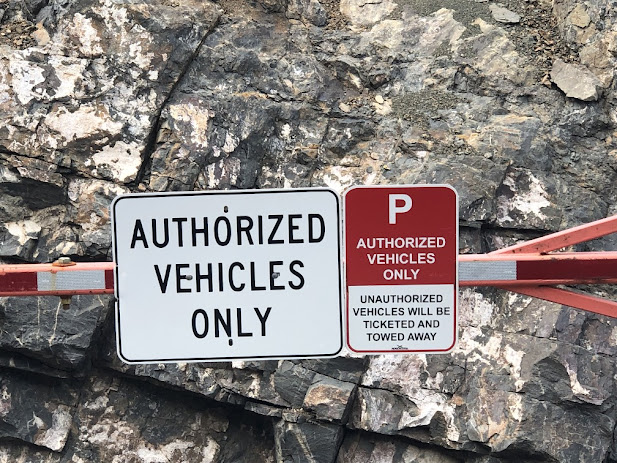 After finding no other access, it became clear that the 'Authorized Vehicles' must include random tourists and local campers!  For the night, we found a great, isolated beach on Cape George, that even came with a pile of firewood ;-). 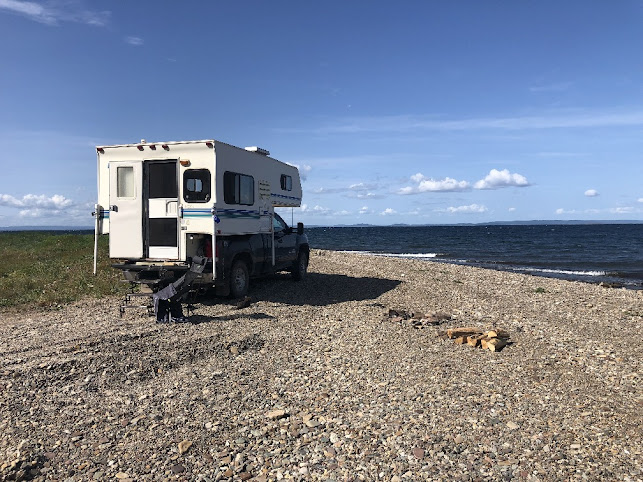 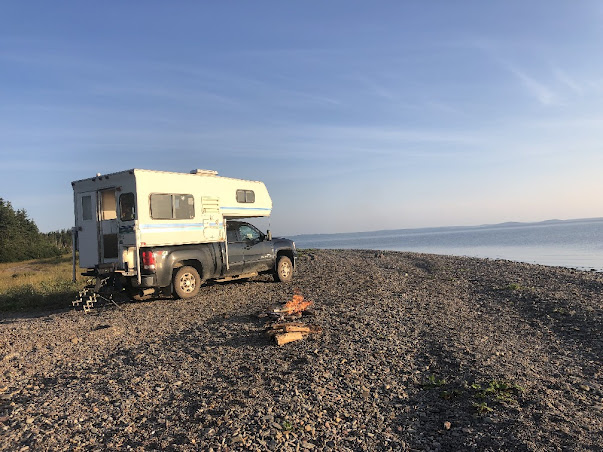 It was hot, so a swim was in order in huge salty Bras d'Or Lake. 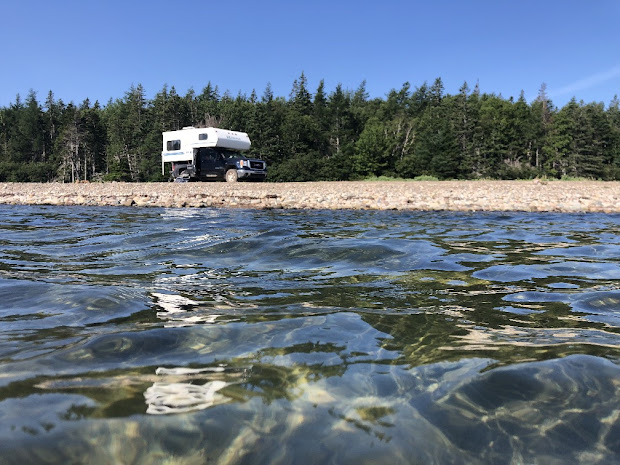 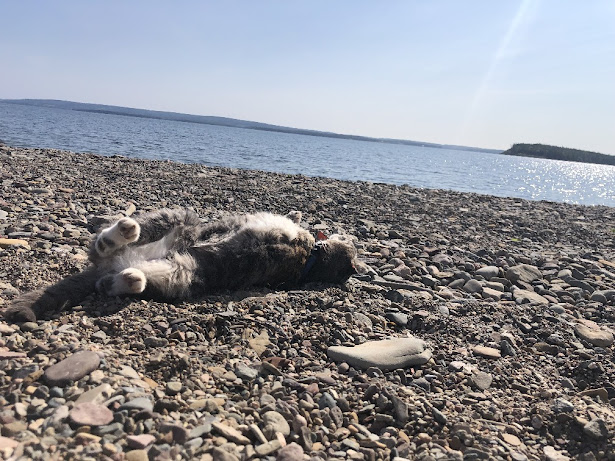 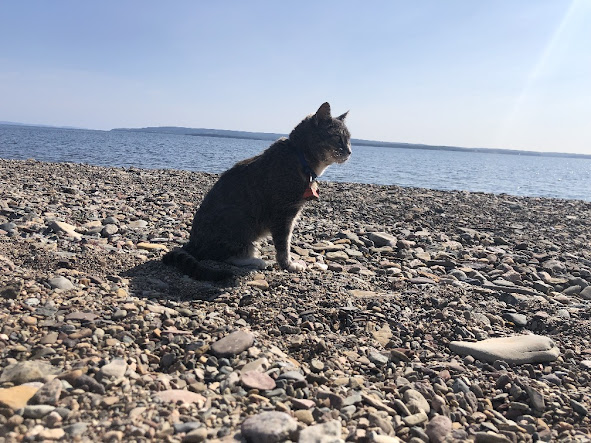 In the morning, when the waves had calmed down, I found this tiny starfish. 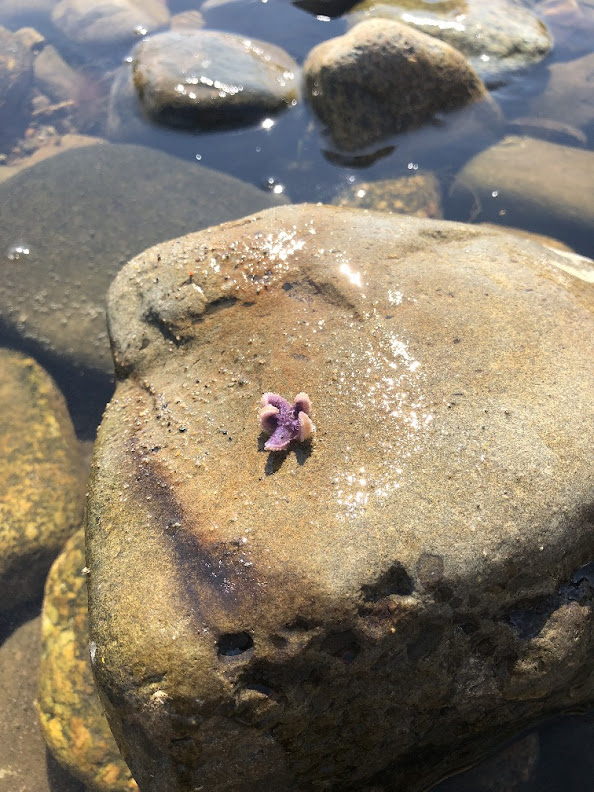 Disturbingly, I also found this broken beer bottle sitting upright in the water (hidden by waves the previous night), right where I had been wading. 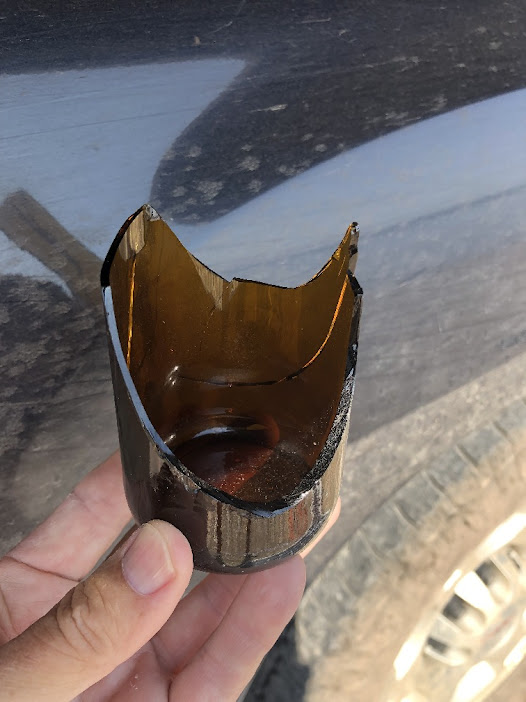 Weather was warm the next day, so I was back in the water, and contemplating spending another night there.  That was when a friendly Conservation Officer arrived to advise me that this was a 'no camping area'!  He agreed that the only signs at the entrance were a 'Pack in, Pack out', and a No Dumping sign, giving no indication about the camping legality.  I guess any signs they do post are torn down regularly.  So we had to move on and head up island, heading for the famed Cabot Trail.

After a night in a non-descript spot along the North River, we continued on into the Cape Breton Highlands National Park.  The road north goes into and out of the park several times, but there are good signs indicating the boundaries at least. 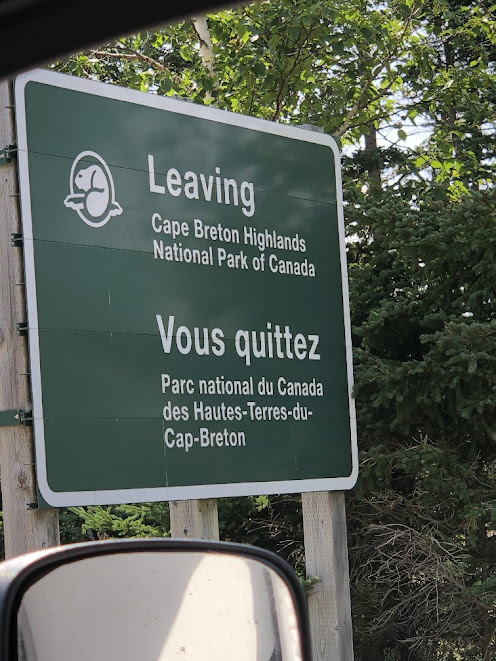 Cape Breton seems to have a lot of these poles with communications gear on them.  Some of them are likely small cell sites, but others are possibly internet providers in the area? 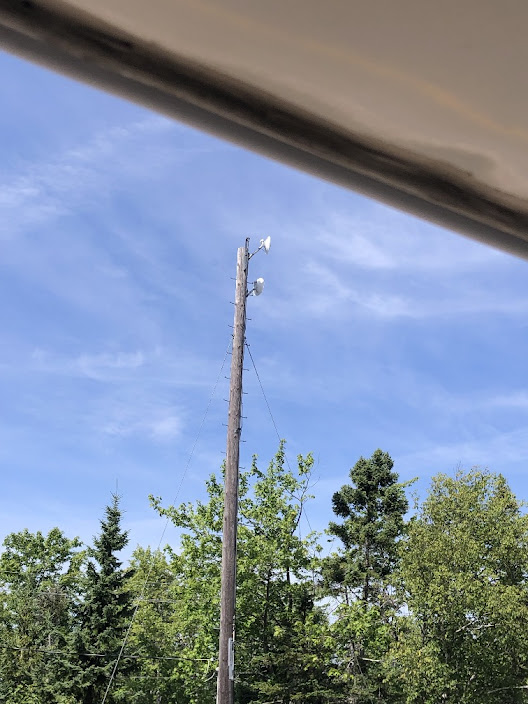 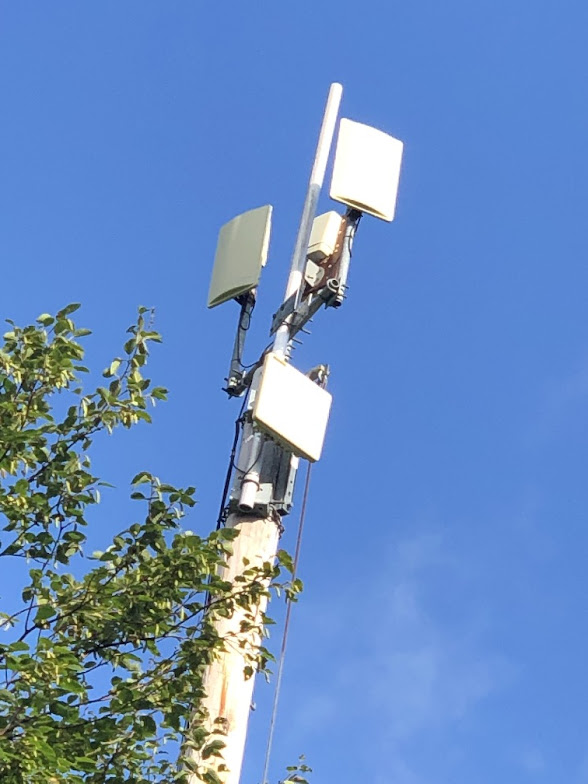 Ingonish Beach had good info posted on the weather, beach, and covid precautions. 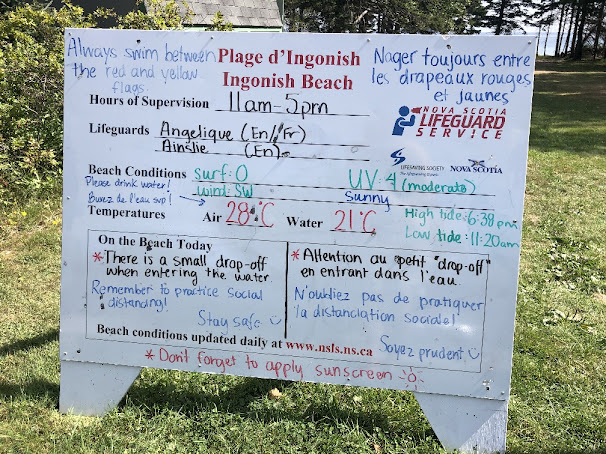 Always lots of prominent churches in this area. 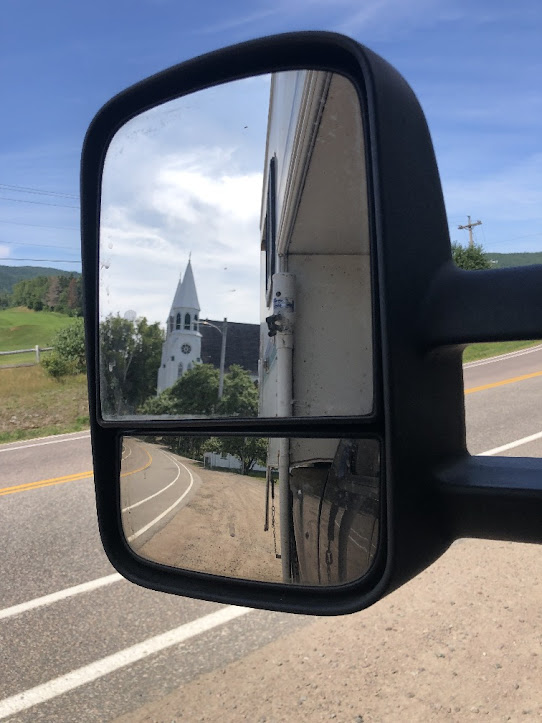 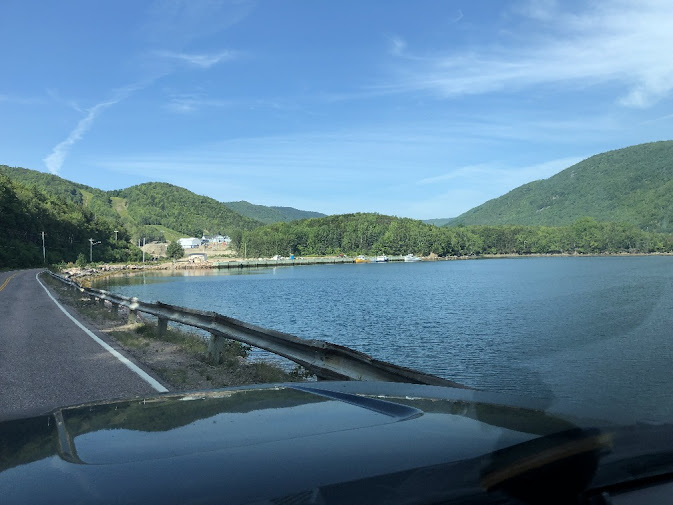 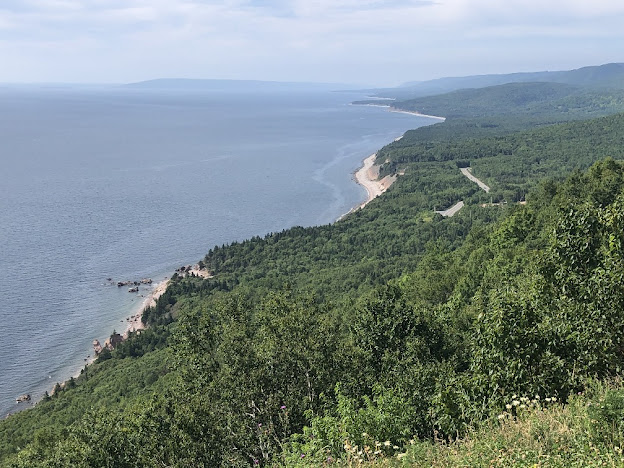 Some of the signs have Gaelic versions as well ... 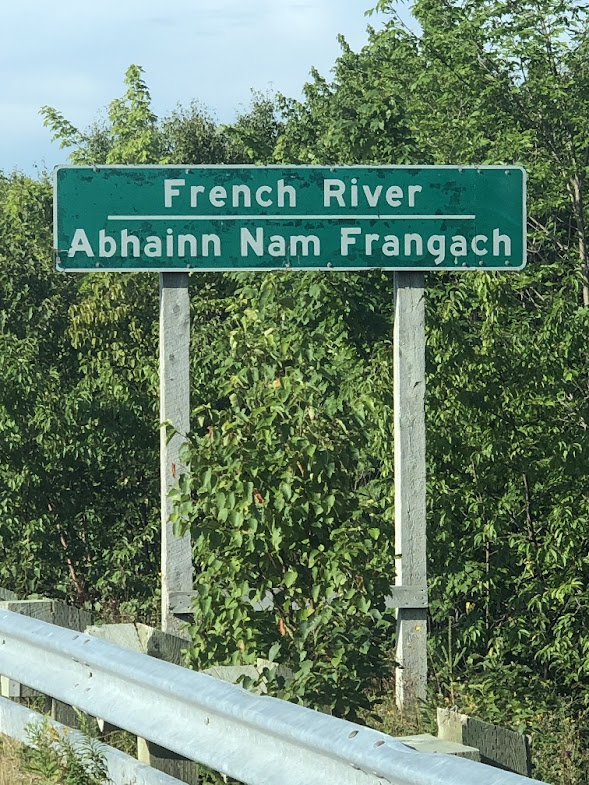 Sometimes you just have to yawn on this blog! 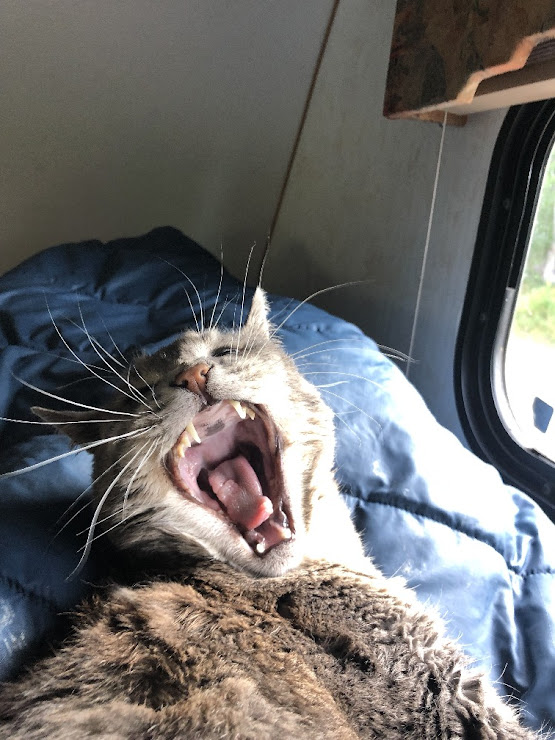 Even though the temperatures were around 27C, I kept an eye out for blowing snow as directed. 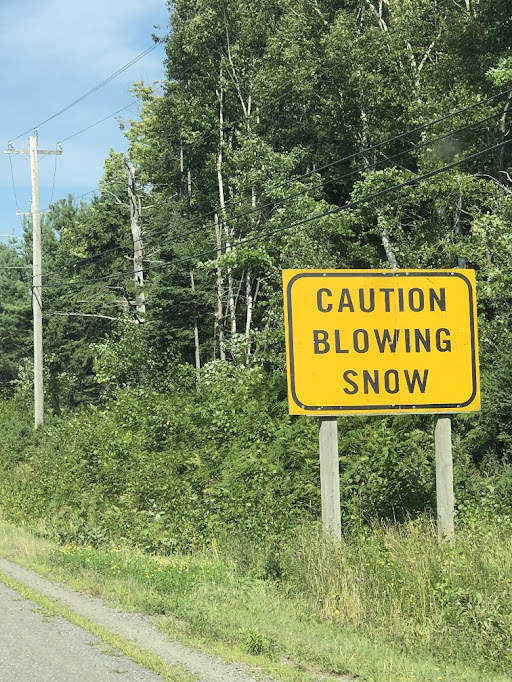 At Dingwall Beach, there was a quiet spot by the harbour just out of town to spend the night after yet another swim in the Atlantic ocean. 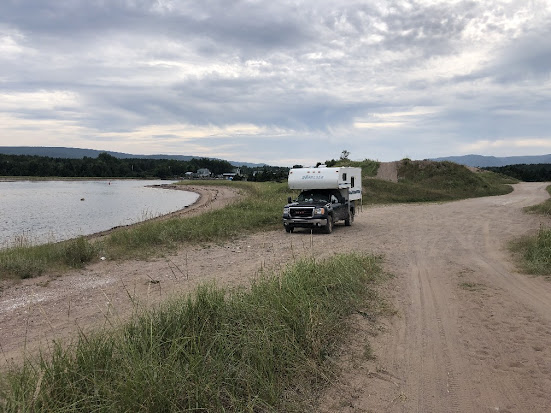 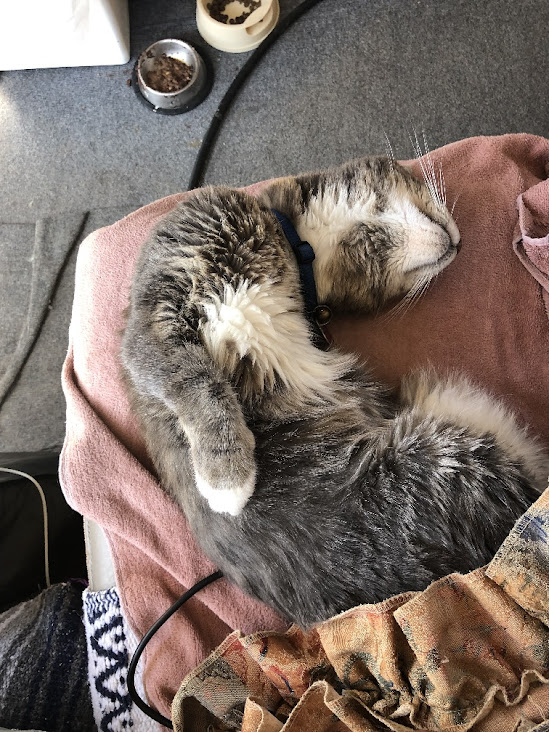 We continued all the way up to the tip of the island and the end of the road at Meat Cove. 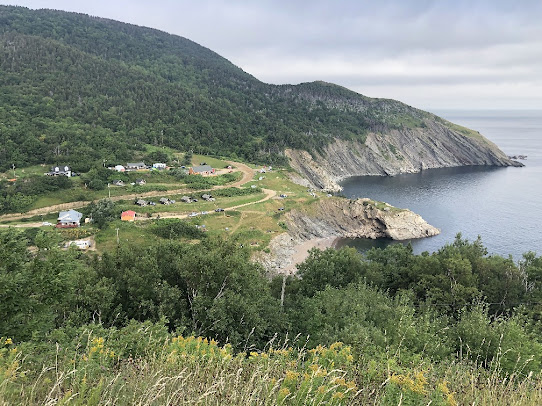 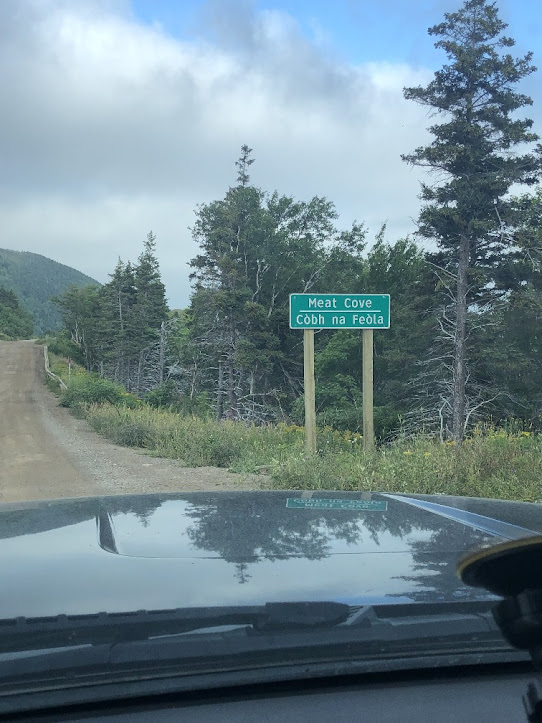