The weather forecast for the Mammoth area of the  east Sierras was for much colder temperatures, high winds, and considerable snow.  The red skies in the morning provided another warning! 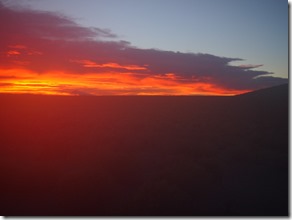 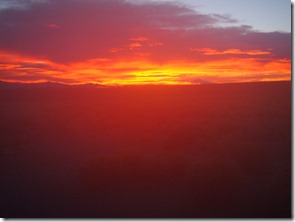 For that reason, we vacated our excellent spot amongst the scattered hot springs, and headed for lower elevations.  We were also getting a bit low on propane fending off the very cool night time temps.  So we trundled down the big hill and ended up in Bishop where the Shell station took care of most of the requirements.  Took on fuel there and enquired where I could get my propane, and it turned out they had a propane facility just behind their large truck style wash bays.  Almost needed a mortgage for the propane that must have been over $4/gallon!  Then took advantage of the car wash to slosh some of the accumulated dust off the truck and rig.  After a quick stop at Von’s to refresh the grocery supply, we headed off south down 395 at a leisurely pace with no destination in mind.
The sun was starting to get a bit low as we were passing through Lone Pine, so what the heck, it was as good a place as any for an overnighter.  I’ve stopped here in the past and know that many RV bloggers have written about it’s virtues and scenery.  By the time we actually looked for a camp spot it was getting a bit dark, so we ended up in a rough, boulder strewn spot just off the edge of Movie road.  I’ve been experimenting with night time-exposure photos, so took this one at 30 seconds.  Believe it or not, it was dark outside notwithstanding the almost full moon.  You can see the stars if you look closely. 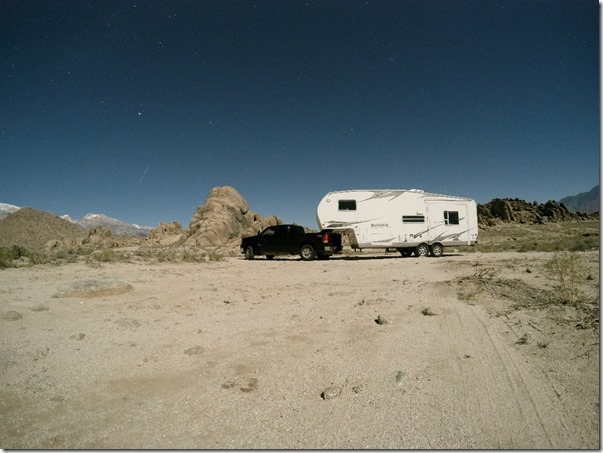 In the morning, the ‘plan’ was to go into Lone Pine and perhaps see if there was a convenient laundromat, and then carry on southbound.  Hailey was glad to get out and explore some of the rocks first though. 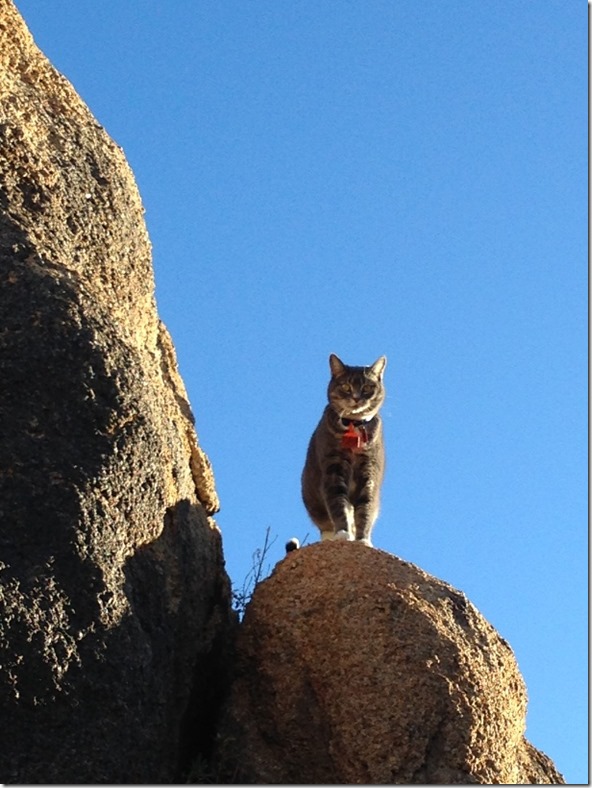 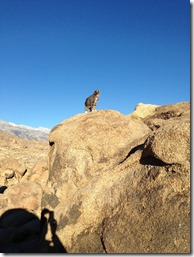 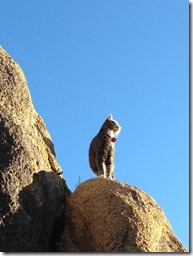 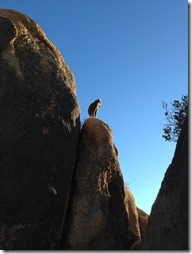 It took some convincing, but I finally got her into the truck.  It seemed a shame to leave without looking around a bit more in the light of day, so instead of heading back down for town, we turned further up Movie road, where the pavement soon turned to gravel, with the usual washboard and a bit of dust.  After a mile or so, the plans changed again when an excellent spot came into view.  That’s Mt. Whitney in the background – highest peak south of Alaska at 14,505’.  Before breakfast things were set up, blocked and levelled, slides out, solar and dish set up.  Well, that was a long day on the road 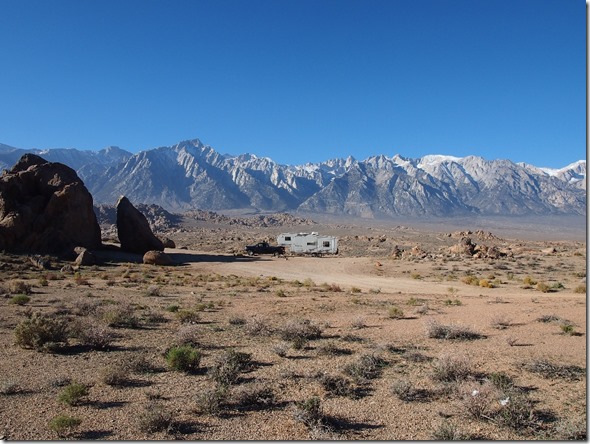 That left some time for exploring the new location.  A short stroll across the road turned into a bit longer of a hike. 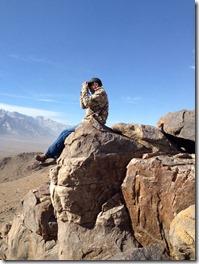 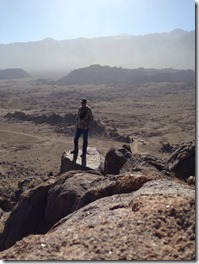 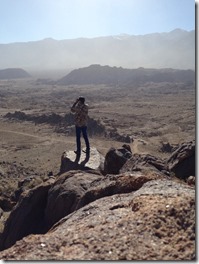 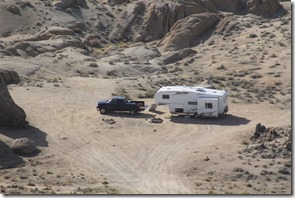 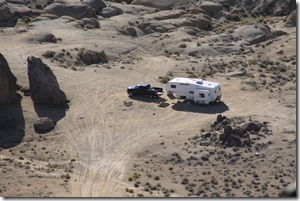 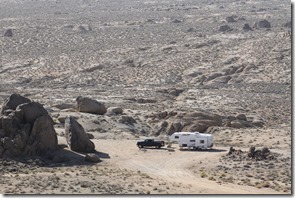 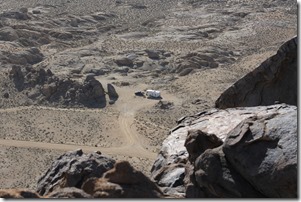 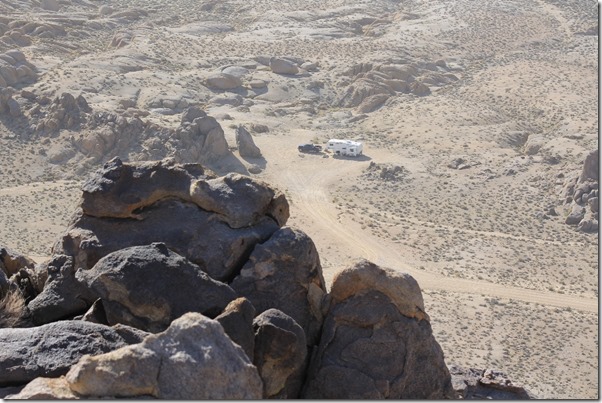 During the afternoon, some ‘movie’ folks showed up, scouting locations for a beer commercial.  They told me that my exact spot was in a key scene in Iron Man.
The sun dipped down behind Whitney rather early, at about 3:40PM, and before long it was dark and the full moon was up.  So I tried a few more night time exposures, that turned out rather well.  These were all taken in the DARK.  You can hardly tell, except that stars are visible, as are lights shining on the ground from the lights that are on in the rig. That’s Mt Whitney in the background again.In this one, you can even see my ‘moon shadow’! 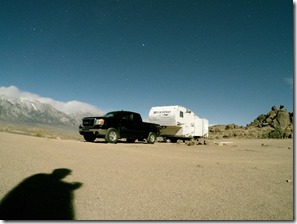 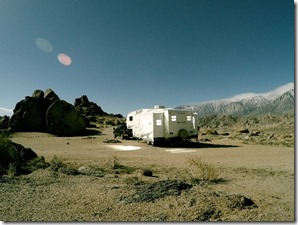