The weather in the north west corner of Oregon had pretty much turned to rain and wind, and more of the same.  Between squalls, we did manage to take a 360 degree photosphere from the top of the Astoria Column.  Check it out here!

The main reason for spending all the time here instead of heading to the warmer weather to the south right away, was to take in a performance of the Quebe Sisters Band in Forest Grove, OR.  You may recall that my first introduction to them live was last spring in Apache Junction when they played at the Mining Camp restaurant.  Since then, I have been watching their itinerary for a chance to see them again.  And since my route and timing going south was pretty close, it was a good chance to see them again and pick up their latest CD!

So, from Astoria we followed the south bank of the Columbia down towards Portland, and then cut off to Forest Grove, which is a small college city just to the west.  We got in a bit of a jam when pulling into the local McDonalds when it became clear that there was no exit, except the drive-thru, which is not really that fifth wheel friendly.  Turns out, it was a very small parking lot as well, and we were now at the far end of it!  Time to get creative.  First thing was to initiate the sliding hitch which I rarely use.  Then, by quickly jackknifing into a vacant parking spot, and a few extra wiggles, we were able to escape, almost unscathed.  I say almost unscathed, because it seemed that the sliding hitch was unwilling to slide back into it’s proper driving position.  But it was getting close to ‘show time’ so with a slightly longer than usual unit, we found a parking spot at the performing arts center on campus.  Since I had purchased a ticket online, and didn’t know the venue, I went to check out the building, and see if I could pick up my ticket.  Well, it was a bit early for that, but much to my surprise and pleasure, I ran into the Quebe sisters themselves after they had just completed their sound check and rehearsal.  We had a nice little chat before I went back outside to fight with my hitch!  It seems that a chunk of 2x6 had jammed under the hitch and was preventing it from returning to the correct position.  After unhitching in the parking lot, and hammering a few pins out to release the hitch, everything got straightened out in time for the show.  Because of the location on campus, I had assumed the crowd would be mostly college kids, but it turned out to be the opposite.

Luck was on my side again, as my seat turned out to be front row, dead center, between season ticket holders who had had the same seats for years! 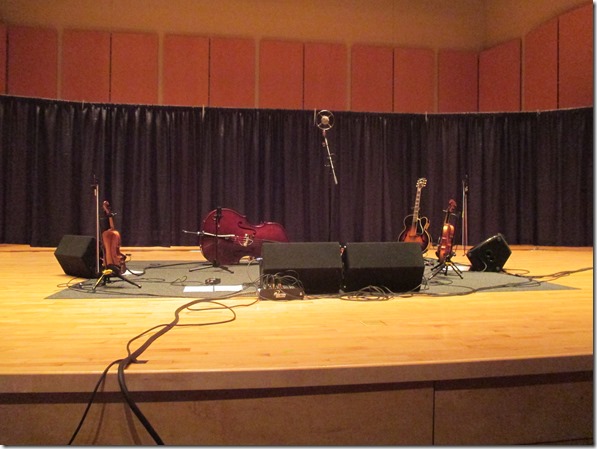 They put on a great show of course, and I had the best seat in the house! 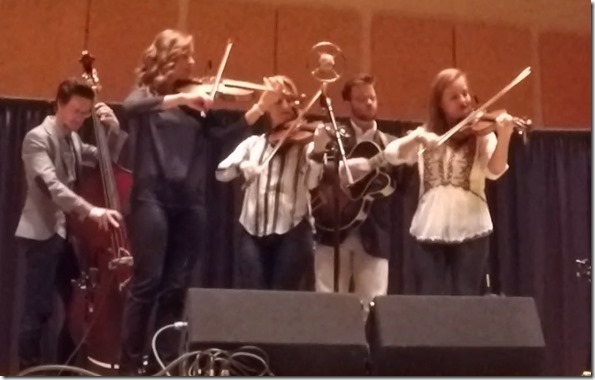 You can watch some of their performances on their Youtube channel!

Once that was taken care of, there was no reason to dally any longer – now it was southbound for real.  The weather was a mixed bag with a fair bit of rain, so the next few days were mostly just driving, with few photos taken. 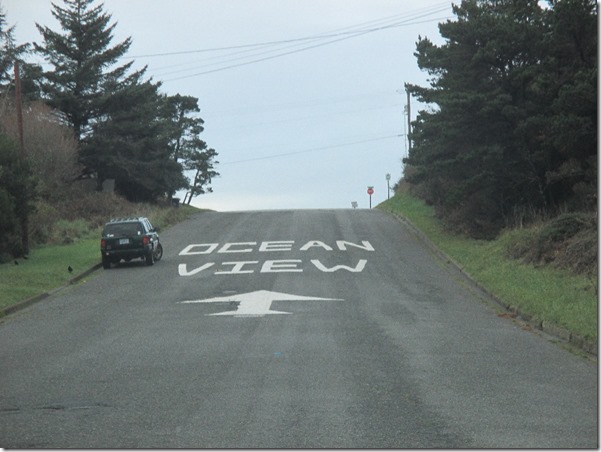 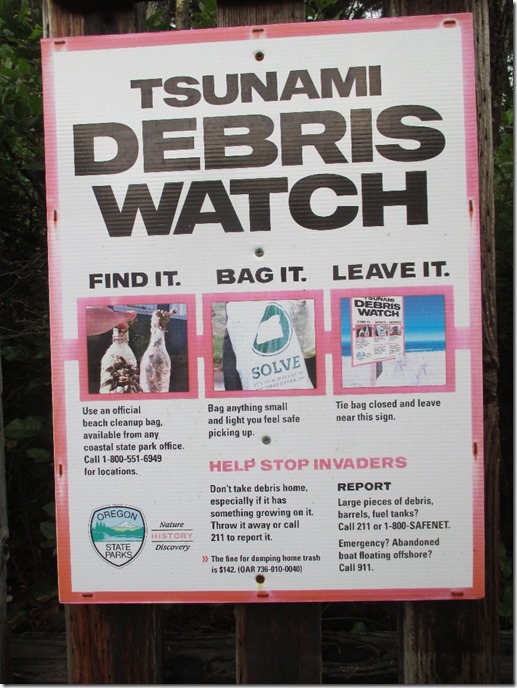 There must have been a ‘homeless’ convention in the region because it was hard not to notice the small groups on many street corners in places like Eureka and Garberville, Ca.  Most appeared to be young folks looking for alternate lifestyle, as opposed to those just down on their luck. 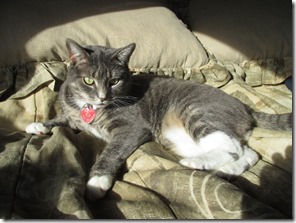 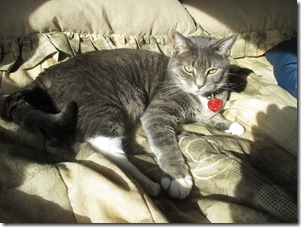 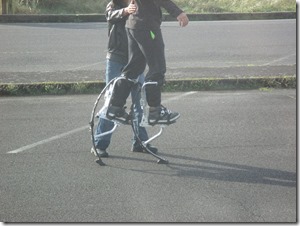 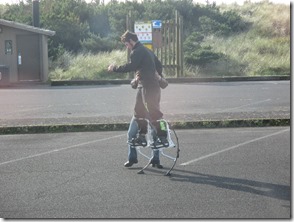 We said ‘so long’ to the coastal 101 route at Ukiah, and began the trek across California.  The next thing on our possible agenda was to visit the hot springs in the Mammoth Lakes area – where we had been in the spring before having to head directly north for ‘work’!  The weather forecasts for the area had me worried and for a while it appeared that it would be much too cold to allow for comfortable camping there, but as we came down the coast, it didn’t look too bad, so what the heck, let’s give it a try.

We zipped over the I-5 at Williams, and continued to Yuba City, then to Auburn.  In hindsight, it may have been a better choice to go through Sacramento…

From Auburn the route that looks flat on the map – is Not.  Highway 49 plunges down into the narrow canyon where it crosses the north fork of the American river, before winding steeply up the far side.  Traffic was very heavy, it was dark by this time, and the switchbacks were all 15-25mph, and all the bmw’s were in some sort of panic to get home.  Note to Al and the Bayfield Bunch, you will not like this route with the Damon! Perhaps the jeep!  Eventually the route took us out to ‘civilization’ again at Placerville, where we got to join another mountain road race on highway 50, heading east up into the mountain high country.  At least this section started out with several lanes for a while.  After climbing to around 4000’, and missing what must have been some great scenery in the dark, we pulled off in a roadside Forest Service campground, which was closed, but open!  Closed, meaning no fees or water, but open for free dry camping.

The next morning we cruised on through South Lake Tahoe, Stateline, and Minden, NV in beautiful sunny warm conditions.  The passes were over 7000 feet and there was certainly lots of snow in the ditches, so it was an easy choice to avoid some more shortcuts through some mountain roads that were winding and shaded, and in fact some of them were already closed for the winter.

Eventually, we pulled in to the hotsprings, and parked in the same exact spot we had vacated in March! 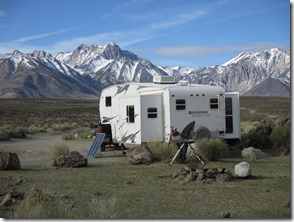 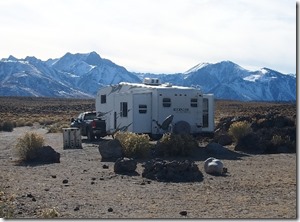