The Desert is Thankful

The desert is thankful  - thankful that the long weekend is over and all the Atv’s quads, motorbikes, side-by-sides have gone home.  Dust everywhere, and the desert creatures hiding out wherever they could.

But while still in the Alabama Hills, I discovered the road up to Whitney Portal, which is the trailhead for Mt Whitney, and sits at about 8000 feet, well above the valley below.  The campground at the end of the road is closed for the season as are all other facilities, but the trailhead is still accessible for those hardy climbers and hikers willing to endure winter conditions. 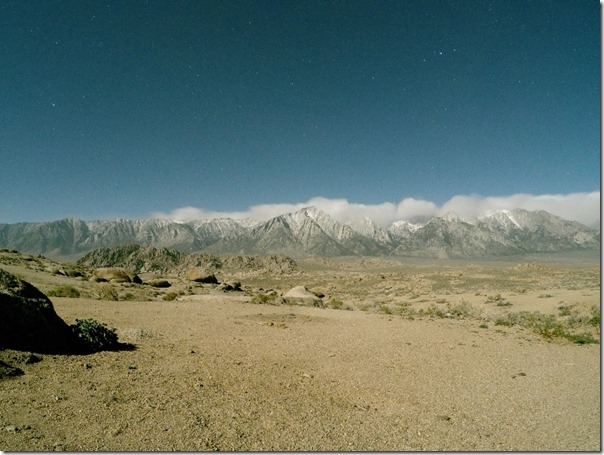 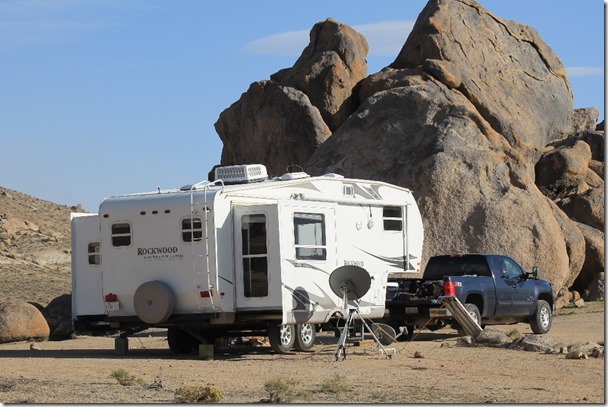 There are a number of summer cottages clinging to the mountainside at the end of the road. 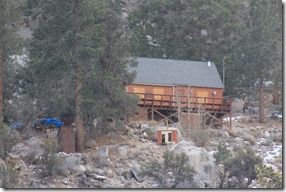 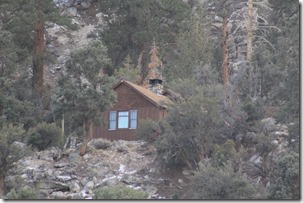 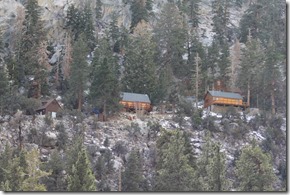 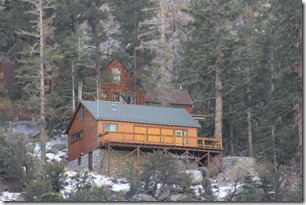 And some great views out over the valley, looking back down towards Lone Pine. 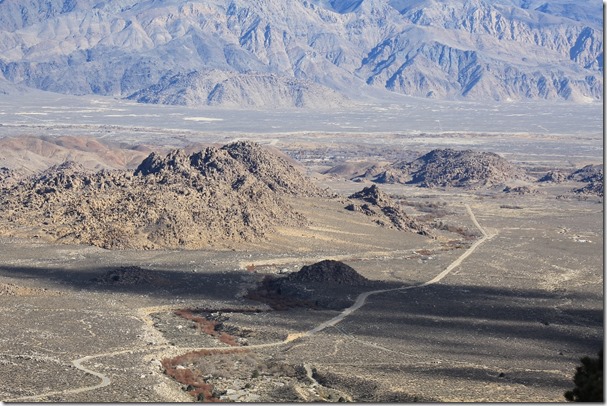 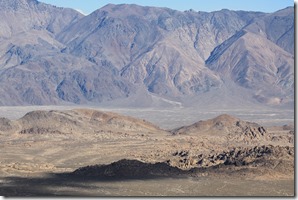 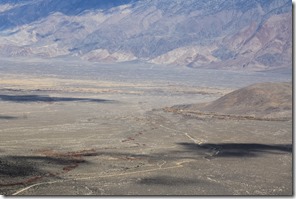 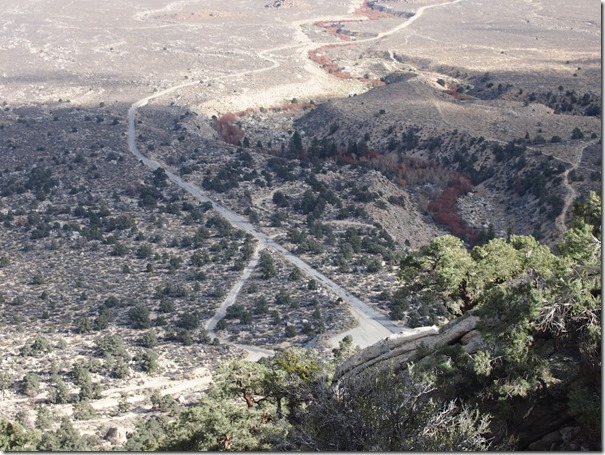 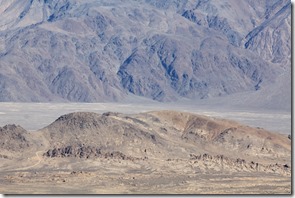 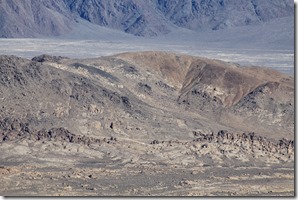 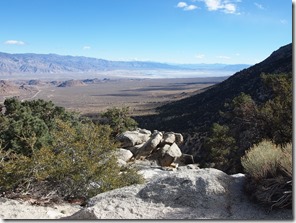 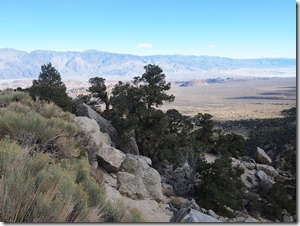 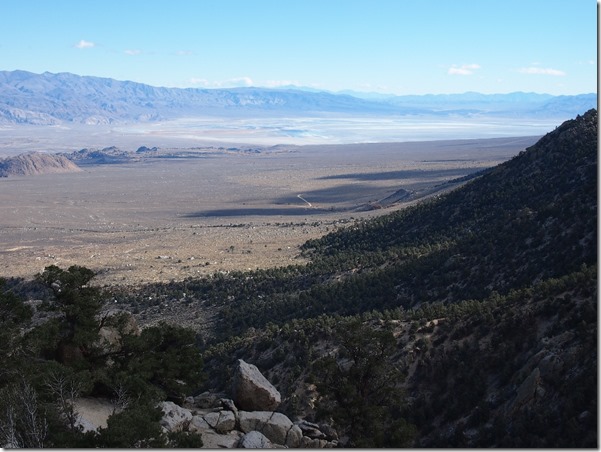 We also did a bit of 4x4ing up some of the old roads leading to countless old mine works in the area. 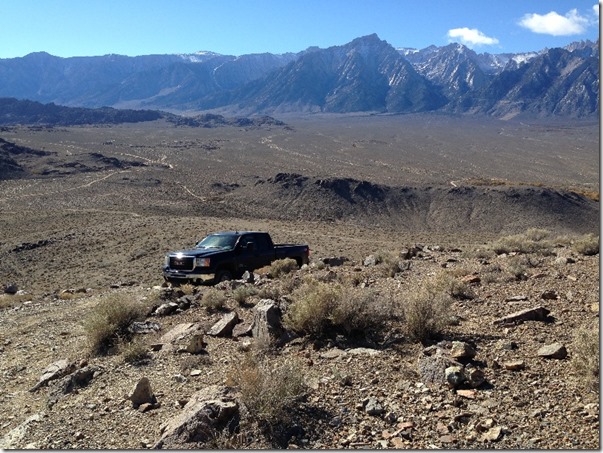 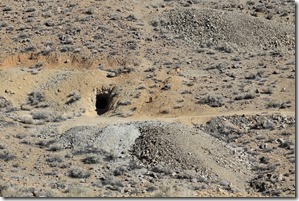 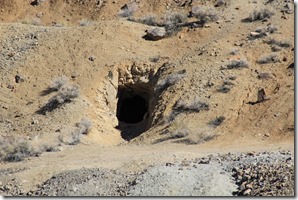 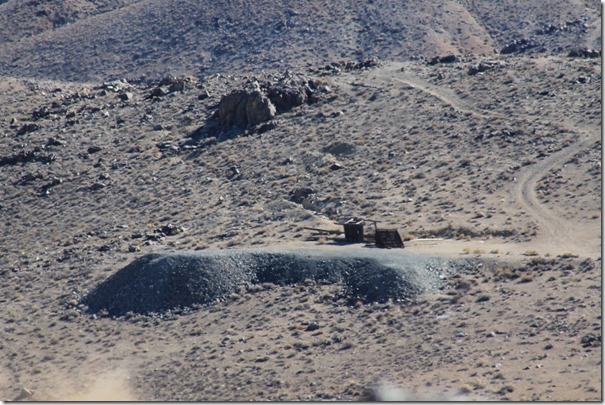 I was not really watching the calendar and did not realize that US Thanksgiving was upon us when I pulled out of the Alabama Hills at Lone Pine, Ca.  That is, not until I started to see the large circles of rigs out in the desert, with atvs roaring around in all directions.Once out of the Lone Pine area on highway 395, I began to wonder if finding a spot not over-run by weekenders and atv’ers would be possible.  We had a bit of a late start as well, so our possible intended destination at Sawtooth Canyon was not looking good, and I was not sure if it would be full as well.  But no worries, the memory was still working and reminded me of a small BLM wildlife viewing area at Harper Lake, off of hwy 58 not too far west of Barstow where I had spent the occasional night.  I don’t think the lake has had water in it for years now, but the spot was quiet and basically consists of a small gravel parking lot and an outhouse and a short hiking trail.  It’s 8 miles off the highway and they have turned the road into a very nice washboard.  When last I was there, I noticed a solar farm off in the distance, but that has changed.  A lot.  By now it was dark, but what should have been dark desert and scrubby farmland with only a few scattered houses was now pretty much an industrial complex with thousands and thousands of acres of solar arrays and large glittering generating stations.  At one point I ended up at a security guard shack before being directed to ignore the detour signs (!), and I eventually found my spot.  The rough road had shaken loose one of the rigs wheel covers as well as the fireplace now needed to be re-fastened!  At least it was quiet, but I will scratch that place off my list of possible overnight spots.

Next morning early back on the road into Barstow we were glad to find that the cheapest fuel around was at a nice Arco station on the west end of main street, and better yet the low price was not just the cash price, and the pump took my credit card without asking for a zip code!  Then off we went south to Sawtooth Canyon, a very nice little secret BLM campground, that does not allow off road vehicles!  There is absolutely no signs on the highway, and it is completely hidden from sight.  I even asked at the big BLM office on the edge of town a few years back and they didn’t seem to know where it was either!  Don’t tell anyone, but the turnoff is to the west at the MP 63.  It is a free campground, is pack-in, pack-out with several outhouses, no water, power or dump. There is a spot for a host, but it was empty this time.  Better yet, there was only one other small rig there and a couple of tents.  It popular with rock climbers, so there were quite a few scaling the cliffs.  But climbers tend to be clean and quiet, and they don’t make dust or rip up the desert, so we get along just fine. They have vans, small tents, and no generators – Wandering Willy! 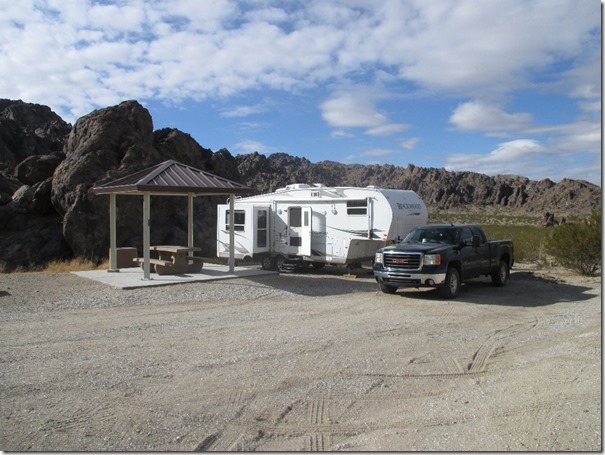 Hailey really seems to have taken a liking to rock climbing in this area and is getting pretty proficient at scaling the heights. Here, she scouts a new route.  Looks like about a 5.12c to me … 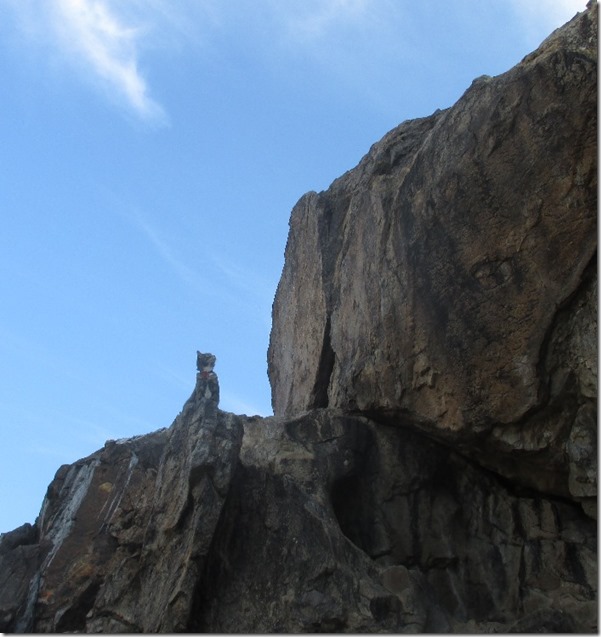 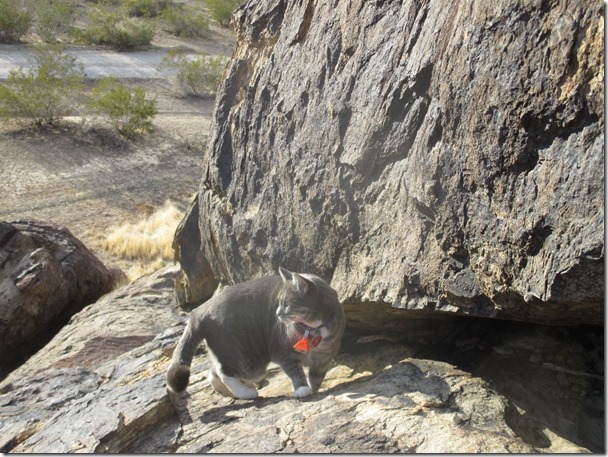 Taking a break with a relaxing roll and rest at the summit! 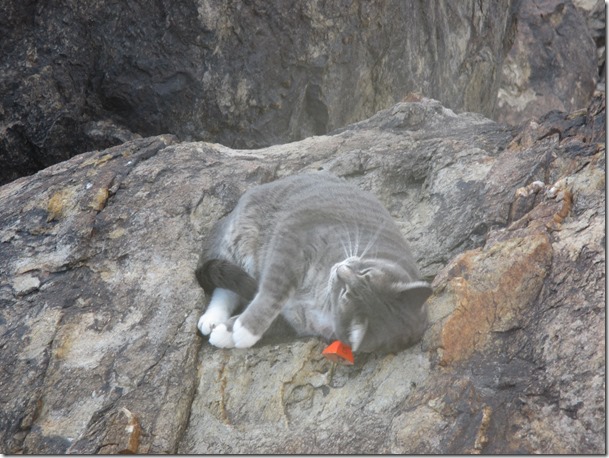 The biggest problem is to convince her to come down again.  I can climb up most of the areas where she is climbing, but if she does not want to be caught, she is a bit faster than I, and can squeeze through many of the little crevices where I won’t fit. 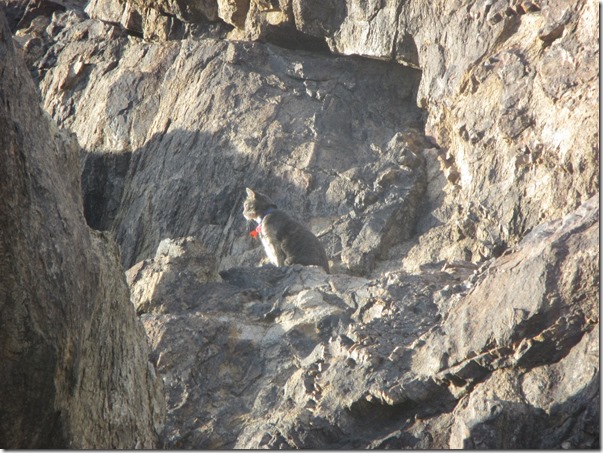 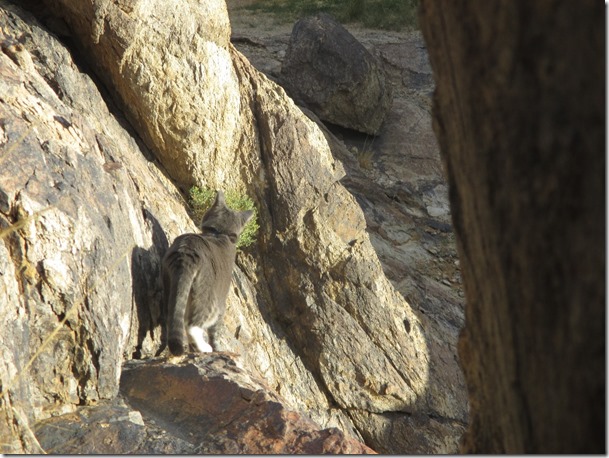 It’s a fun game that at least one of us enjoys!

To round out the weekend I managed to meet up with a retired wildlife officer from back home who I used to work with on a few investigations. He’s from British Columbia, but was disguising himself and his wife in a red jeep with New Mexico plates – driving from California to Nevada! We sampled some of the finest breakfast fare that Barstow has to offer. 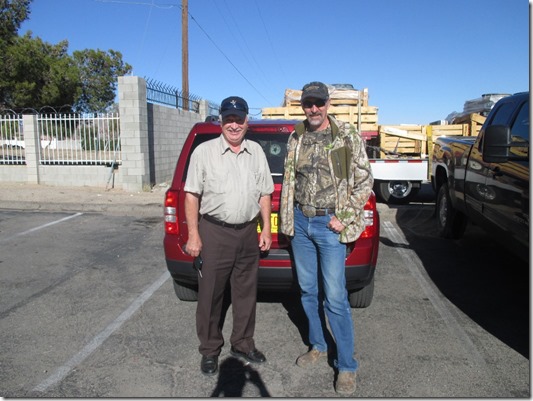