Columbia River and the Washington–Oregon line

After winding our way across some of the hinterlands of southern Washington, we reached the Columbia river, and an expansive view.  It was only a couple miles down the steep grade to Roosevelt right on the river bank, and a few more to our intended stopover spot at John Day dam.  But, right at the top of the hill, with an unobstructed view was a bleak, windy, gravel pull-off.  We passed it the first time and were half way down the hill before finding a spot to turn around, but turn we did and were blown back up the hill!  The winds were really howling on top, and it took most of my strength to get the truck door open and both hands to prevent the door from being detached.  I parked briefly broadside to the gale to enable me to move Hailey to her quarters without losing her to the wind.  Then I parked the truck directly into the wind, and put the front jacks down in an attempt to provide some stability.  Hats or sunglasses were not an option, neither were any photos possible.  Once inside, it was not too bad once everything outside had been tightly lashed down. 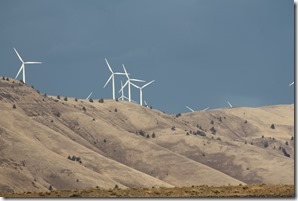 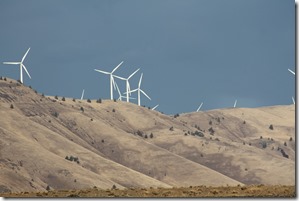 Surprisingly, the gale ended abruptly at sundown, and after it was very close to calm outside.  That gave a chance for some night photos with the gopro on a tripod – that would not have been possible an hour previous.  Looking to the east, this 30 second time exposure shows on the left a white streak that is the traffic on highway 14 on the Washington side of the Columbia.  All the rest of the photo is showing the Oregon side, with Interstate 84 in the center.  The back, which appears to be city lights is not.  These are all red lights on the wind turbine towers, that flash off and on in unison! I shone some lights on the back of the rig … 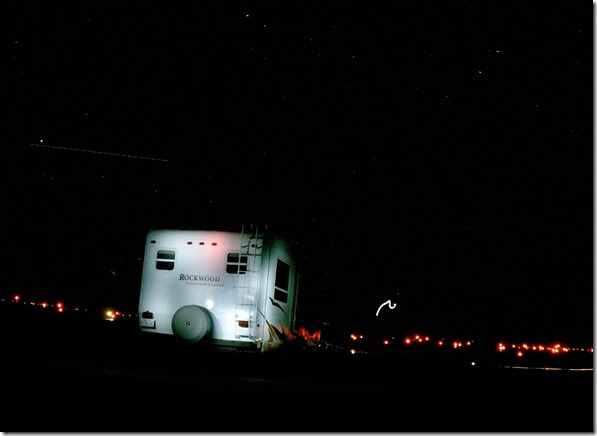 And waved my light around a bit …

And even though it was no longer Halloween, some ghosts were spotted. 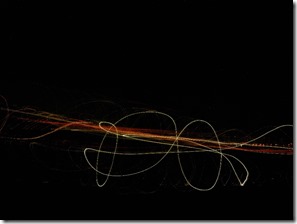 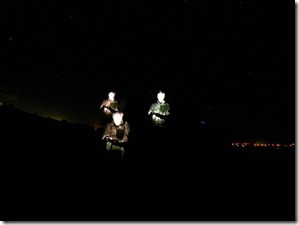 In the morning, I did a quick count of the wind turbines visible across the river in Oregon. I stopped counting at 550!  While a lot better than coal fired power plants, I wonder about the effects of thousands of acres of synchronized flashing lights on wildlife and wonder how many birds and bats are killed by the rotors?

The last few miles across the table lands approaching the river, as well as miles of country along the river on the Washington side had clearly been burned over very recently.  A quick check on Google indicated that the fire occurred on August 5th and resulted in the entire town of Roosevelt being evacuated.  The size of the fire was 37.5 square miles.  Some news reports and video of the fire HERE.

Next day, we moved down to our waterfront camp spot right below the John Day dam at the entrance to the locks.  That’s Rufus, Oregon across the river. 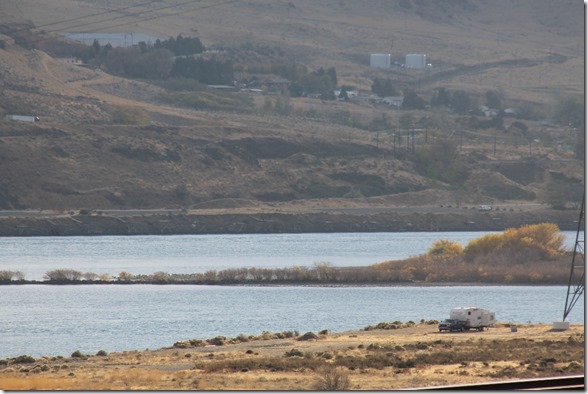 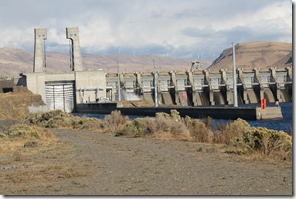 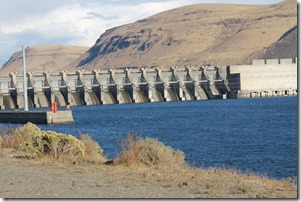 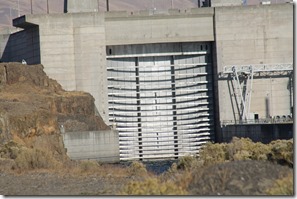 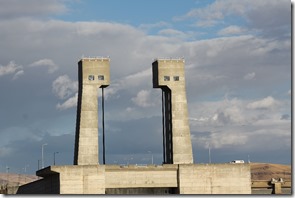 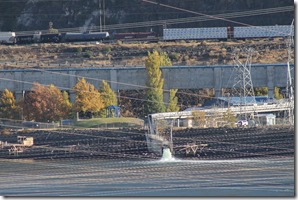 The lock seems pretty quiet right now, but eventually a group of empty looking barges came by on their way upstream. 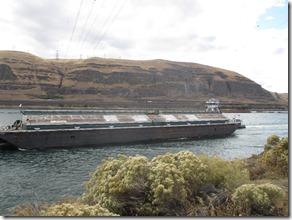 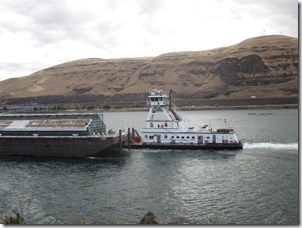 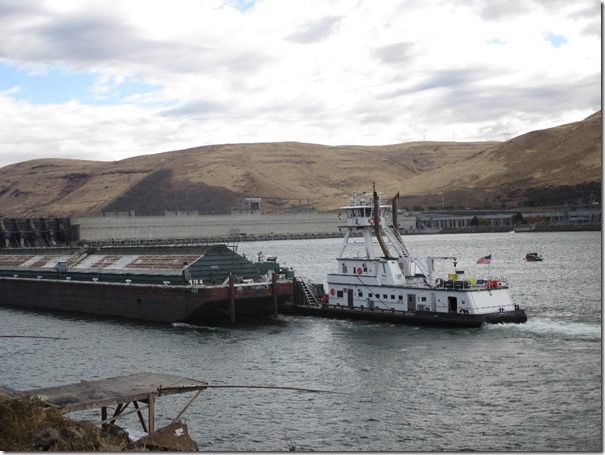 Lots of Native fishing platforms on both sides of the river, but none were in use. 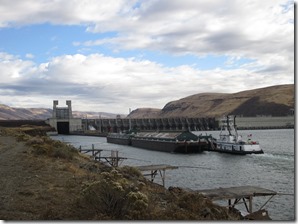 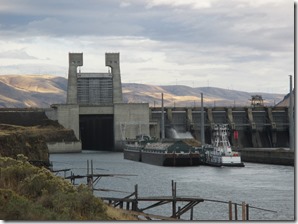 After this, we’ll be headed west through the scenic Columbia River Gorge area, then through Portland to the coast.