Tunnels along the Gorge 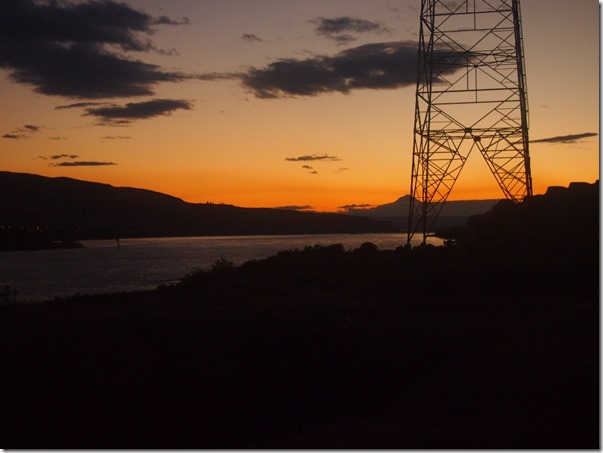 As well as red, white, and blue lights on the dam itself. 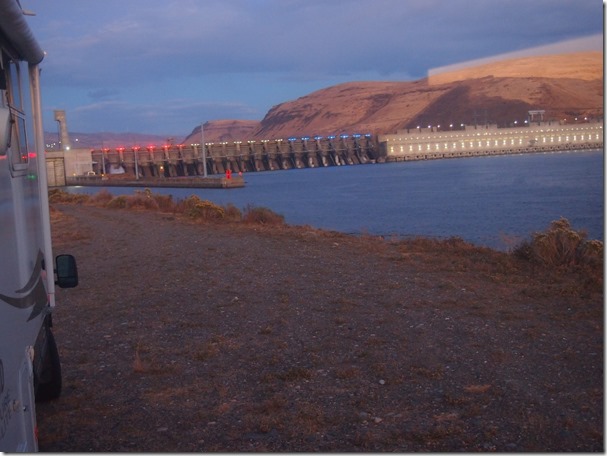 Here’s a photosphere I did from right on the river bank – underneath a power pylon!  Check it out!

And, here’s another one I did – from on top of one of these fishing platforms.  Click the pic below!

Just downstream, we crossed over into Oregon briefly, to fill up on Oregon diesel and propane.  Then, it was back across the river to the much slower pace of the north shore route as we headed west. 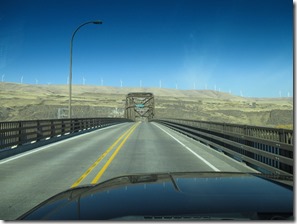 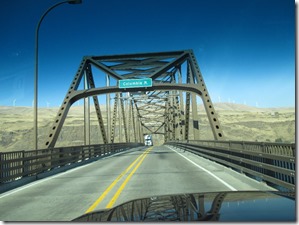 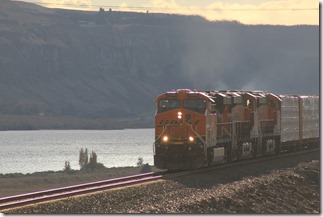 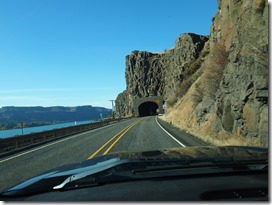 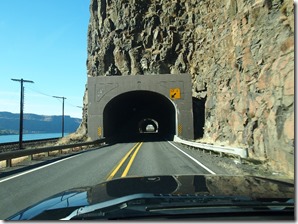 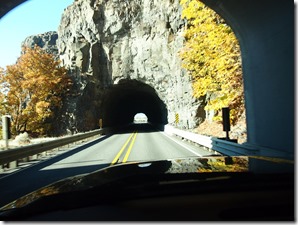 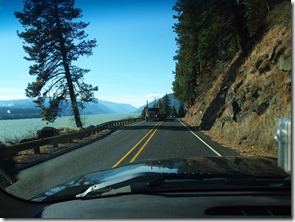 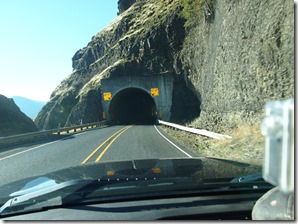 And EVEN MORE TUNNELS! 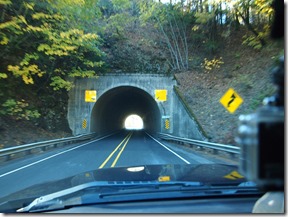 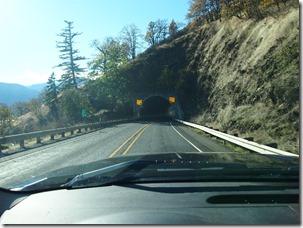 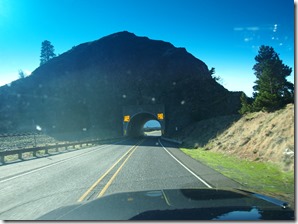 The GPS took us west through Portland without incident, but one idiot driver tried his best to ruin a lot of days.  You see, we were cruising along the interstate westbound in the right lane, and there was an on-ramp merging with our lane.  There were three vehicles in line, getting ready to merge.  For some reason, the idiot in the first vehicle came to a virtual stop, instead of speeding up to fit in with the traffic.  The next vehicle behind him noticed this manoeuvre and slowed as well.  Unfortunately, the third vehicle in that procession did not notice that her lane had stopped – till the very last minute!  When she did realize what those brake lights were telling her, it was too late for her to stop – so she swerved violently pretty much into the lane occupied by a big GMC pulling a fifth wheel!  Of course, I was watching this all play out and had slowed enough to avoid her.  And I had my gopro looking  out the front at the time (a la Wandering Willy!), but alas it was not turned on

The video could have gone viral!

After that we just headed straight west till we ran out of roads – in Tillamook, Oregon.

And there was the ocean – just like when we left it.  Nice to be back. 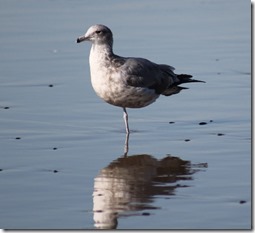 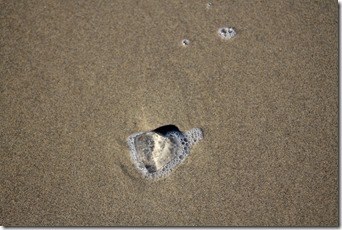 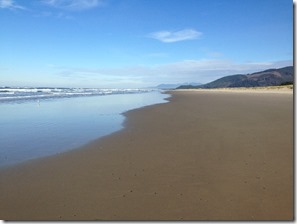 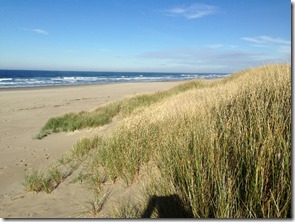 Normally Hailey isn’t much for walking in a straight line, like on a trail.  But on some of the trails out here she has just trotted along beside me like a little dog. 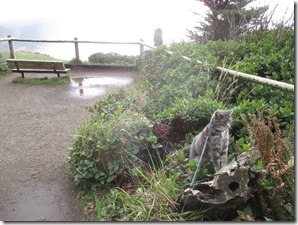 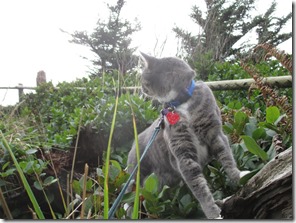 It was a fairly long hike down the the beach, but she made it most of the way on her own.  She did leap on an unlucky frog or toad, but came back spitting and shaking her head to get rid of the taste.  It must be a good defence, as I don’t think the frog was even hurt in the encounter. 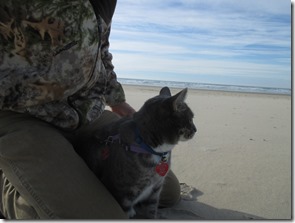 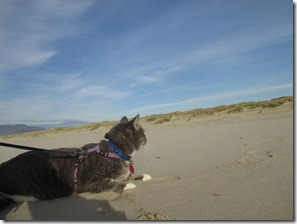 There were a few whale spouts to be seen offshore.  Stick around as we explore more of the north Oregon coast before heading south.