Coming down some of the long grades on 395 is a good way to save on fuel.  I checked at one point to see how the big diesel was doing. 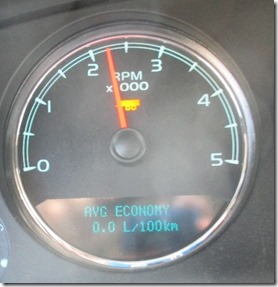 Turns out, it wasn’t using any fuel at all.  Zero fuel / 100km, or in US terms unlimited mpg!  Of course, all good things come to an end, and on flat ground there was measureable fuel being consumed.  Luckily it was cheaper fuel from our brief foray into Nevada and not the expensive California type.  It was sunny and warm when we pulled in to the hot springs area, even though it is at around 6500’ elevation.  We pulled into the same spot we left in March. 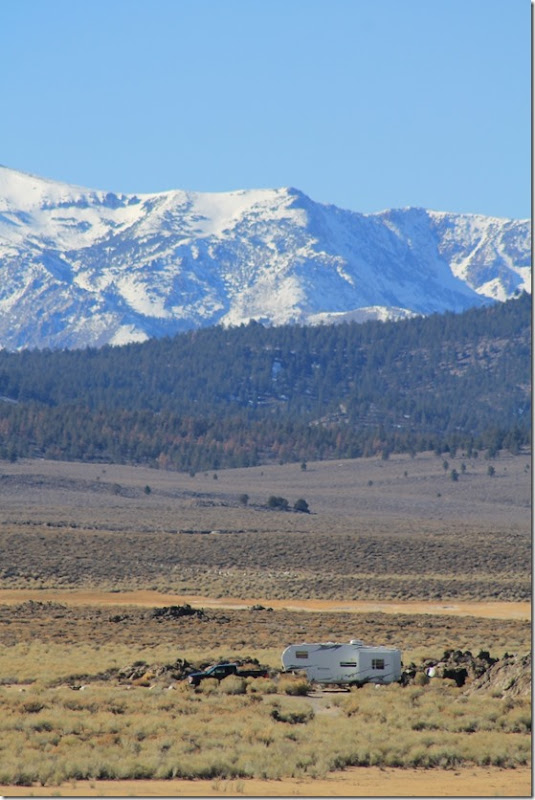 Lots of snow up there in the mountains, and nearby Mammoth is open for skiing.  Lights from snow cats and groomers can be seen at night from our camp. 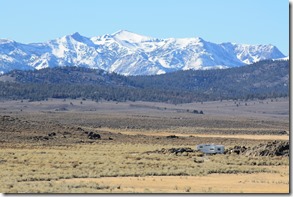 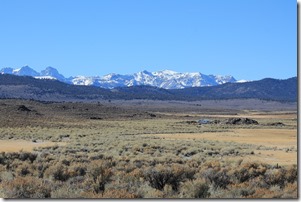 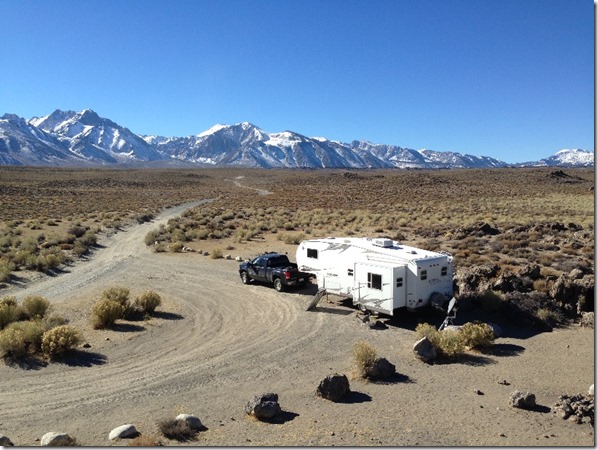 Speaking of cats;  it wasn’t long before the grey mountain lion was out prowling among the rocks and sage. 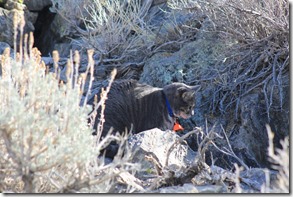 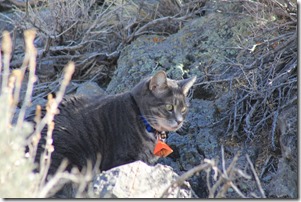 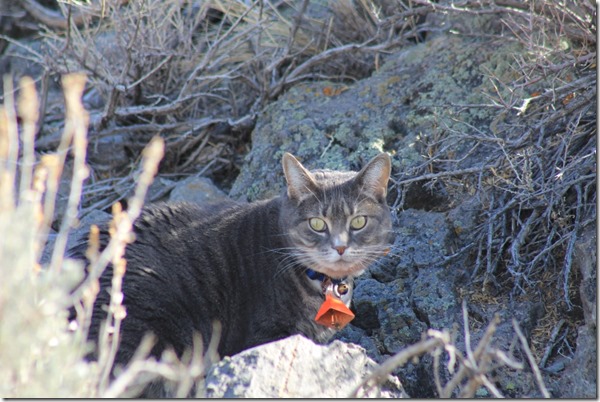 Some her furry and feathered friends watched from their rocky lookouts. 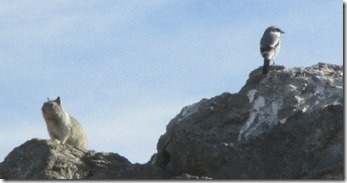 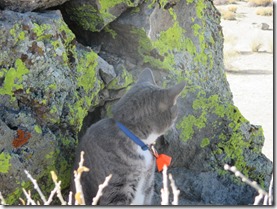 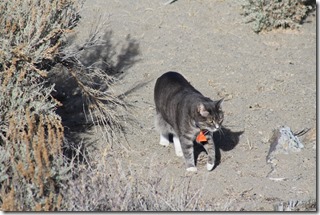 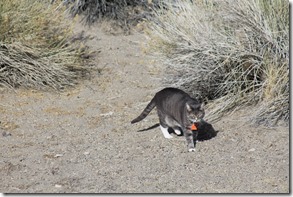 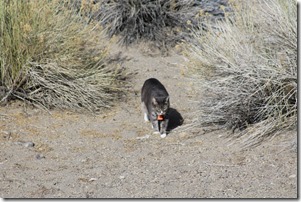 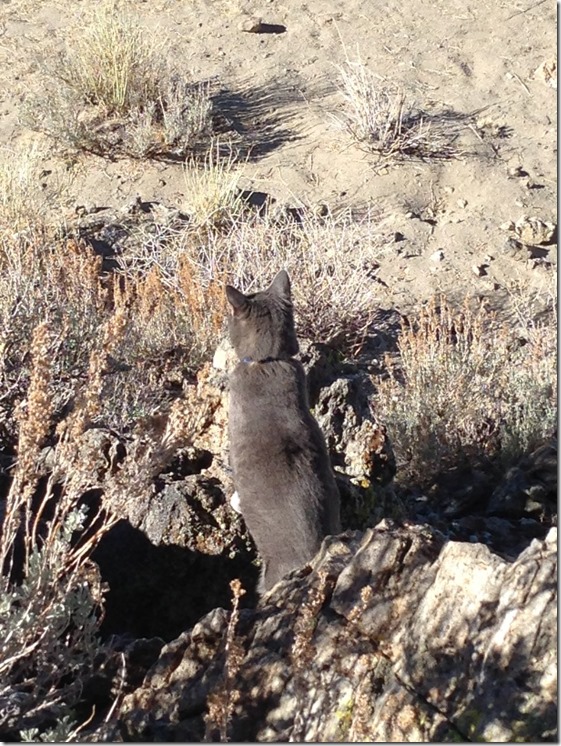 Further out, some of the ducks and coots were finding it a bit chilly at night.  The pond they are in is clearly not fed from the hot springs and mostly freezes over every night, only to clear off again in the warmth of the day. 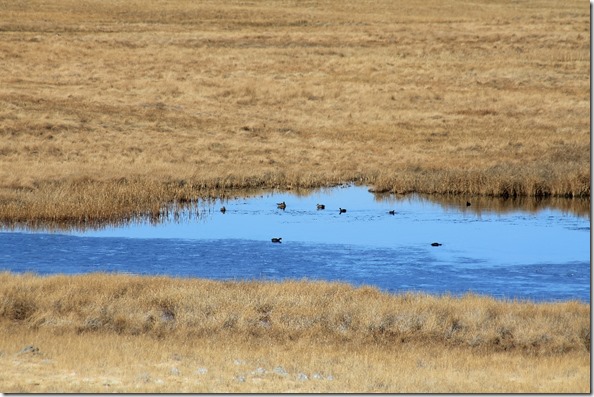 It got down to –20C last night (about –4F), which sounds pretty cool for camping, but other than one morning when the tap dispensed ice cubes, it has been snug and comfortable.  Last thing at night I turn on both the furnace and water heater for about 10 minutes which keeps it somewhat warmer in the enclosed spaces and in the basement.  Bedroom heat is supplied by my Kozyworld heater, which does not use any electricity.

With ample sunlight all day long, the solar system keeps the batteries fully charged so I can watch hockey and the weather reports from home on satellite TV.  And of course it keeps the satellite internet running as well.

Daytime temps have been very nice all things considered around 18C or 65F.  Of course the native Californians show up in parkas and down vests and winter boots because they think it is cold, while I’m happy in a T-shirt. 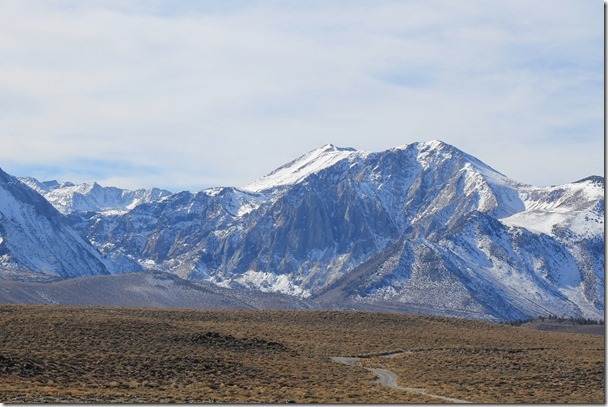 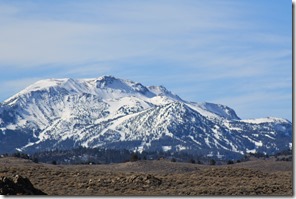 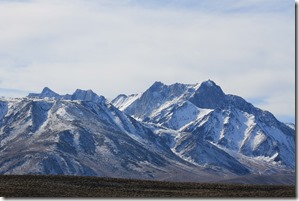 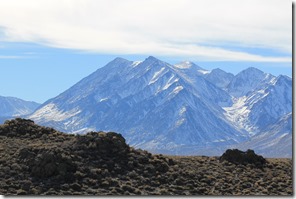 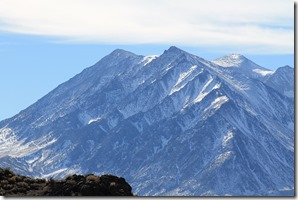 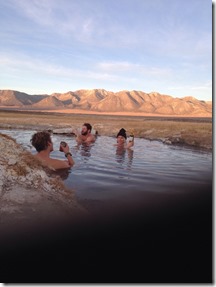 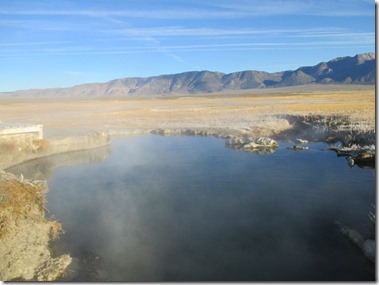 It looks like the weather is due to turn really cold here this week, so I guess that will be our cue to find some lower locations to hang out.