We spent a few days at Lake Havasu, and did a few of the hikes at SARA park, and down to the lakeshore, as well as along the channel. 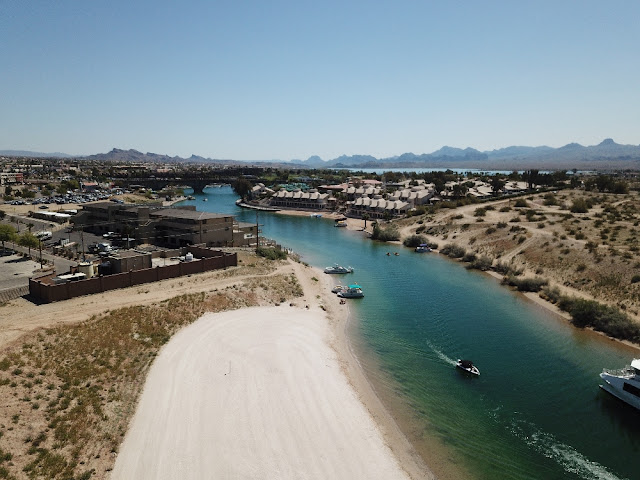 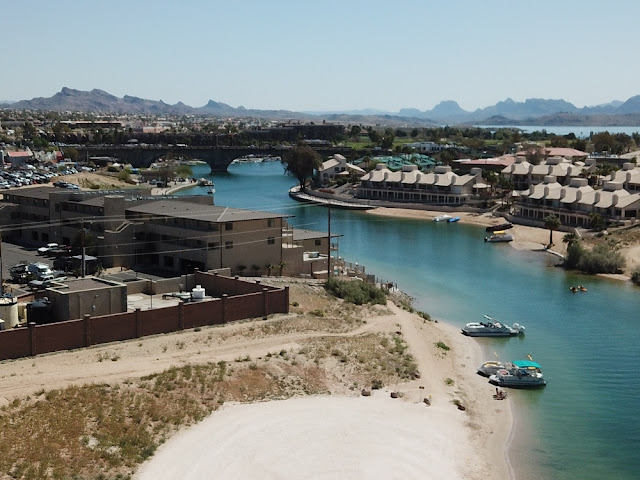 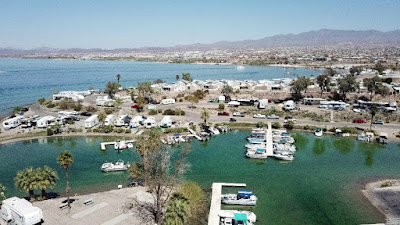 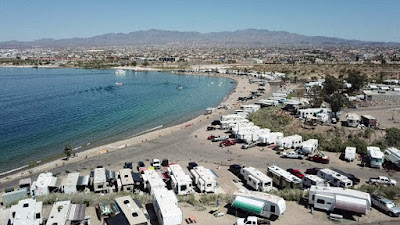 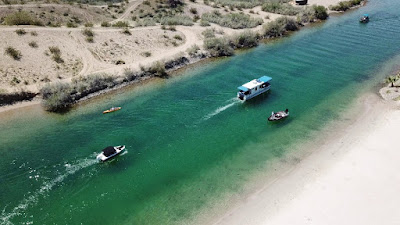 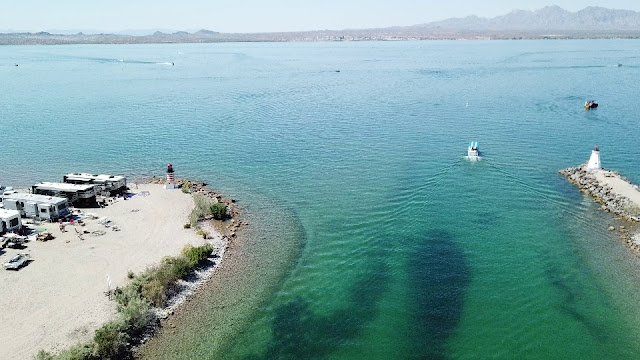 Another hike started fairly close to where we were camped, so I did the Standard Wash trail down to the shore of the lake, apparently a 9 mile round trip.  There are no signs or markers, but the trail description made it easy to find. 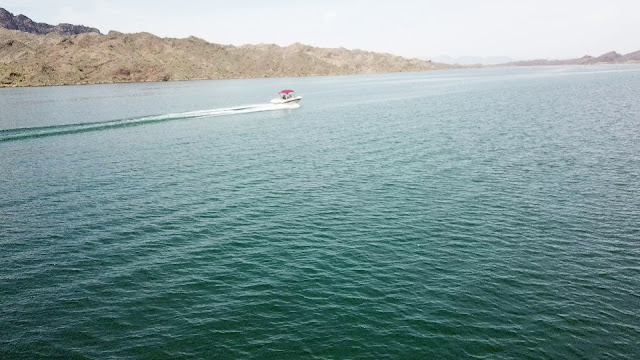 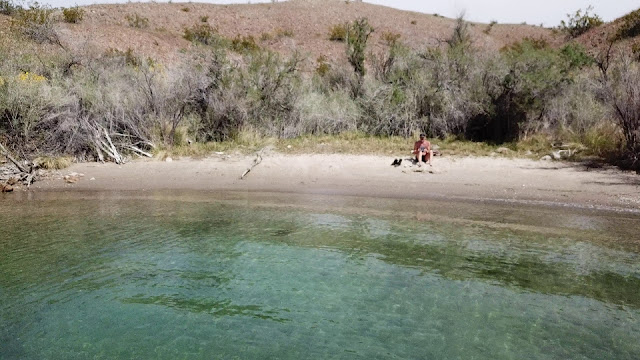 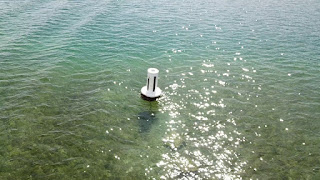 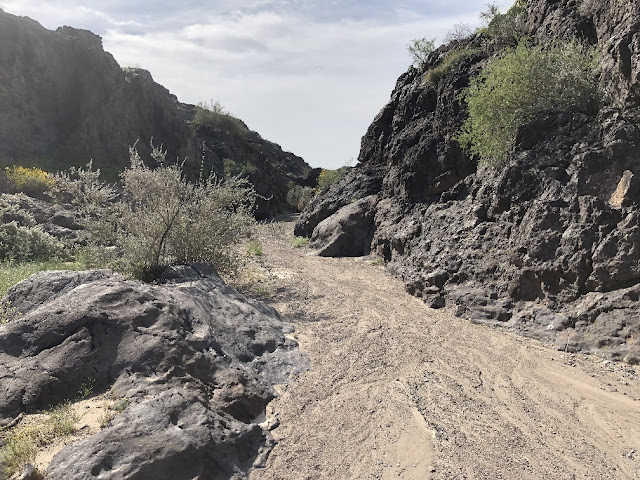 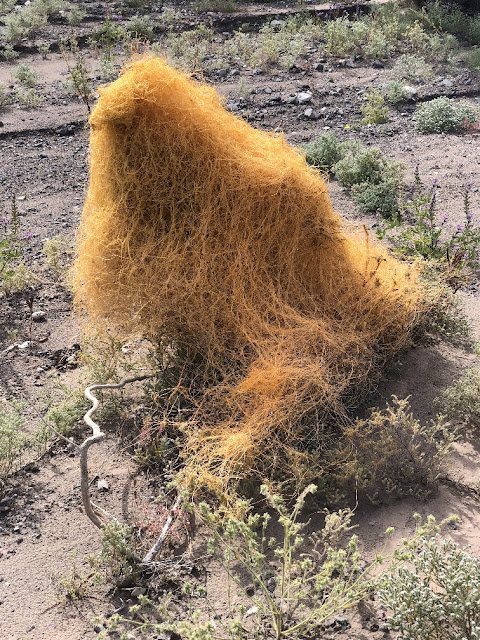 Along the way, many of this one type of bush were just covered in this spahgetti-like orange stringy mass.  I'm not sure if it is some sort of parasitic growth, or something that happens when the bush goes to seed?  I have never seen this before, but there was lots on this hike.  You could grab a handful and it was not hard to tear off. 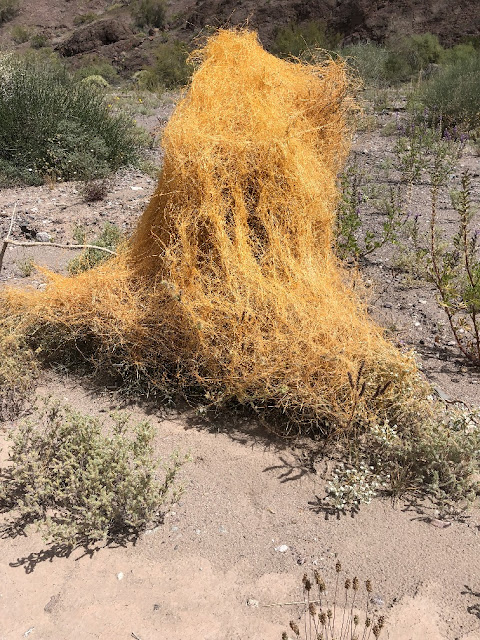 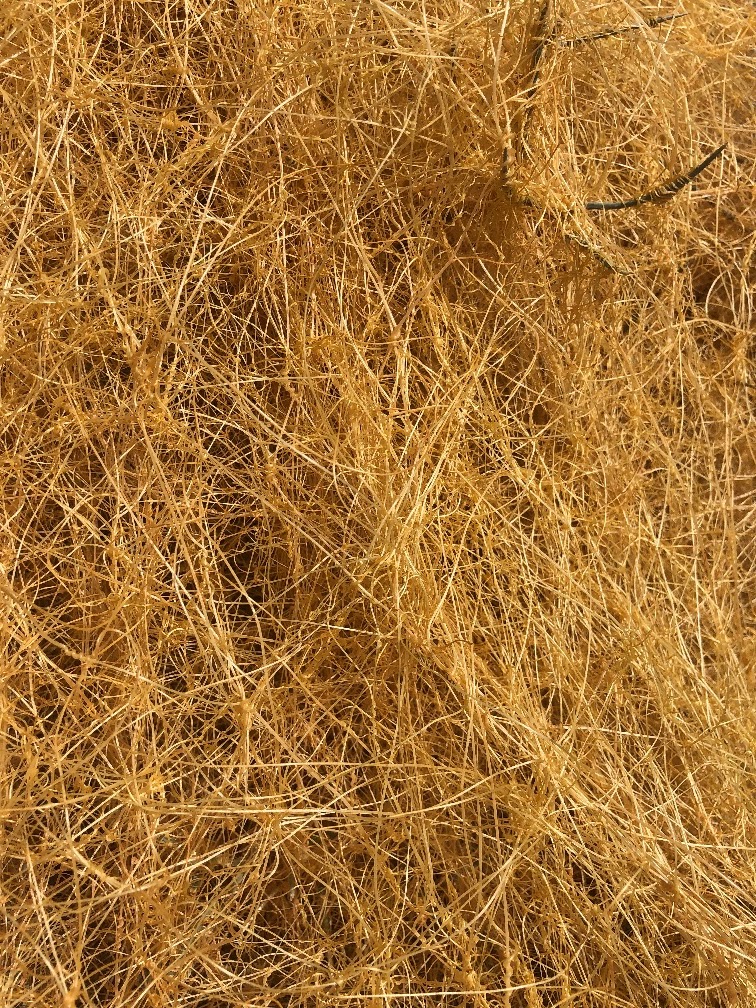 This time of year, the restlessness sets in, and a few days in any one spot is enough!

With only two directions to choose from at Lake Havasu, the coin flip chose south this time.  We headed down to Parker, then west, then south to join I-10 at Desert Center.  Friends Don & Donna were planning to check out the BLM area just on the south boundary of Joshua National Park so we stopped by and found them right away.  That area was very busy with lots of rigs and more coming in off the interstate or out of the park in the evening. 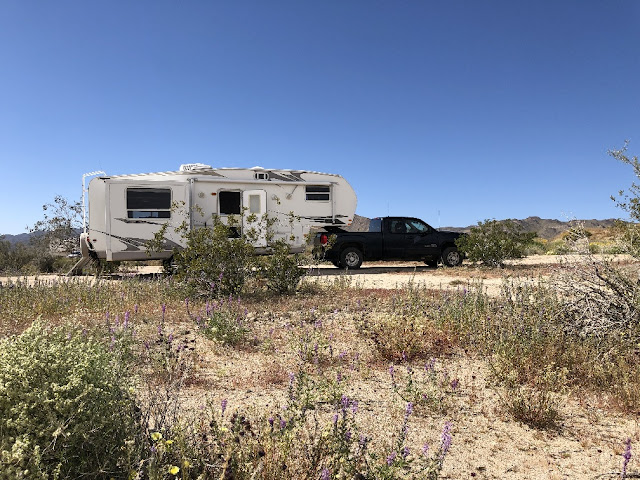 Even with only three legs now, Hailey is still a good hunter, and lightning fast.  She caught this lizard and brought it back to show us. 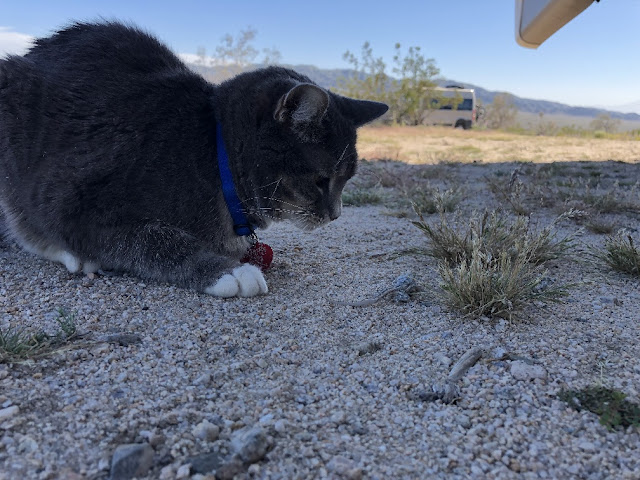 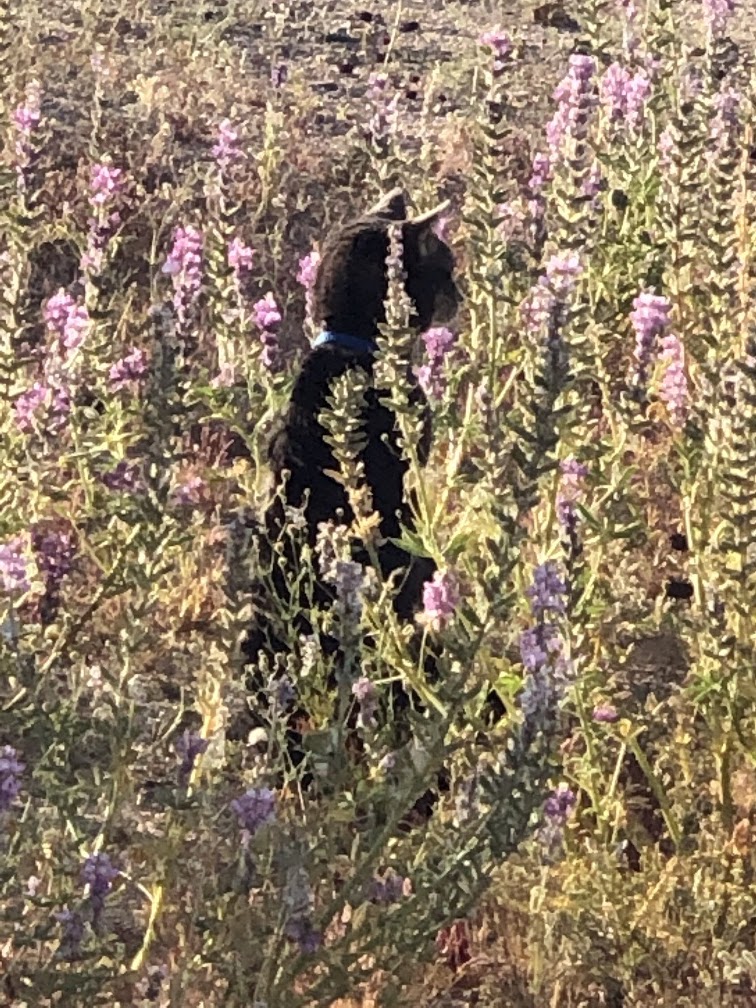 We all headed into the Park one day and hiked the Mastodon Mine trail in the Cottonwoos Springs area.  The flowers were all in bloom, and lots of cameras were out. 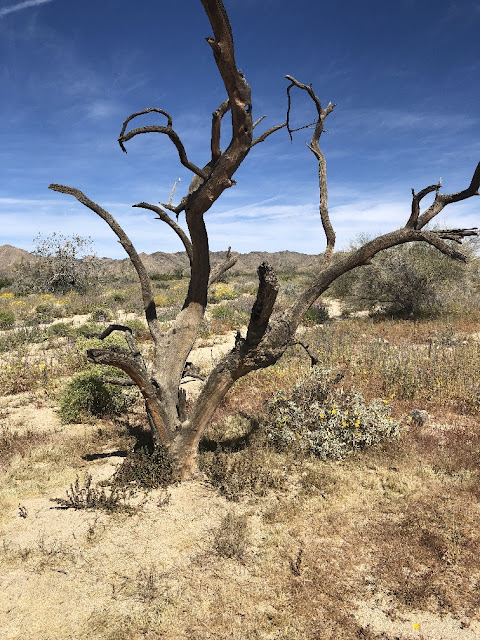 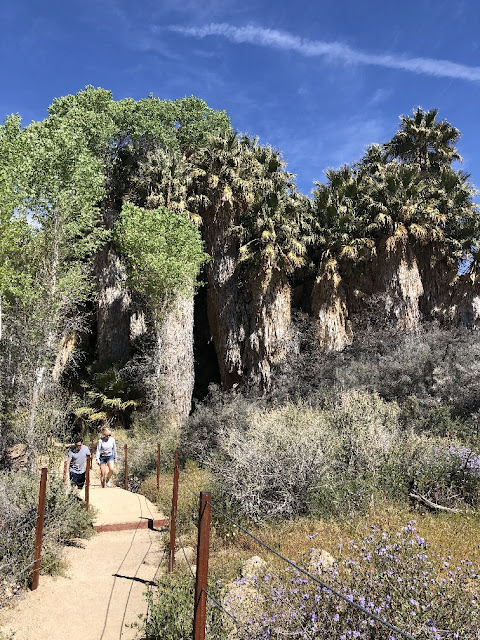 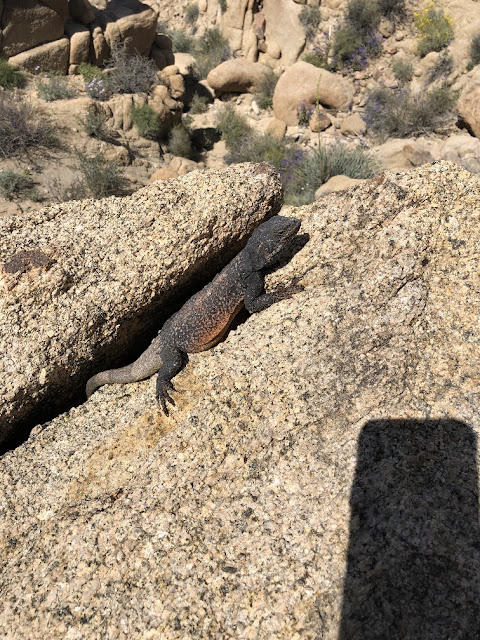 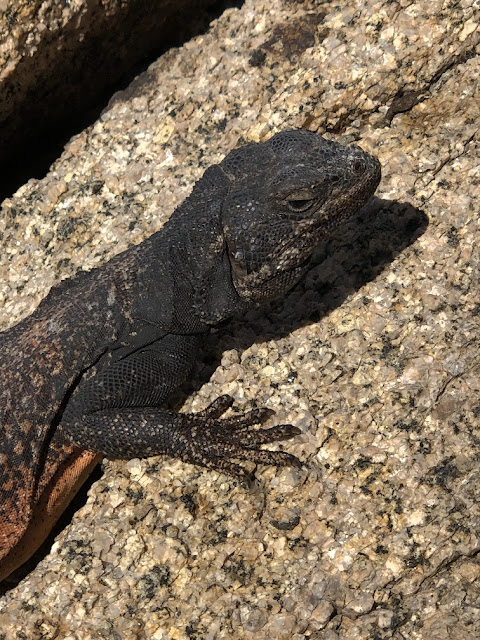 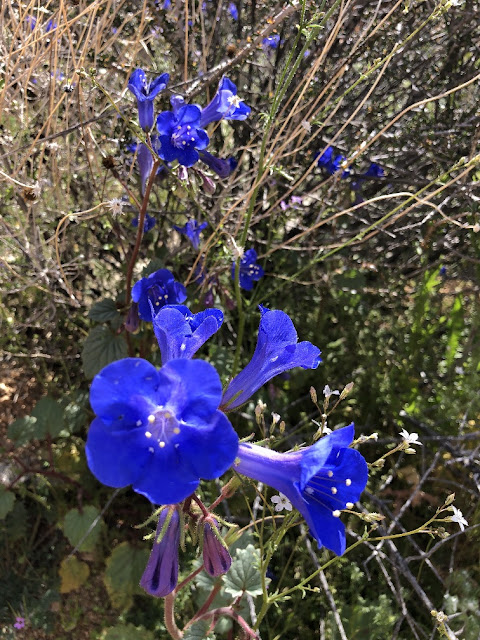 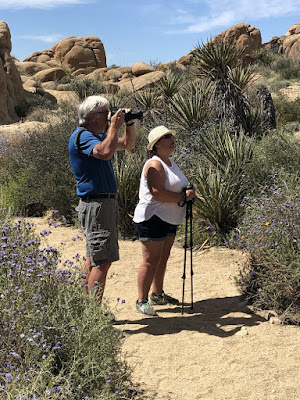 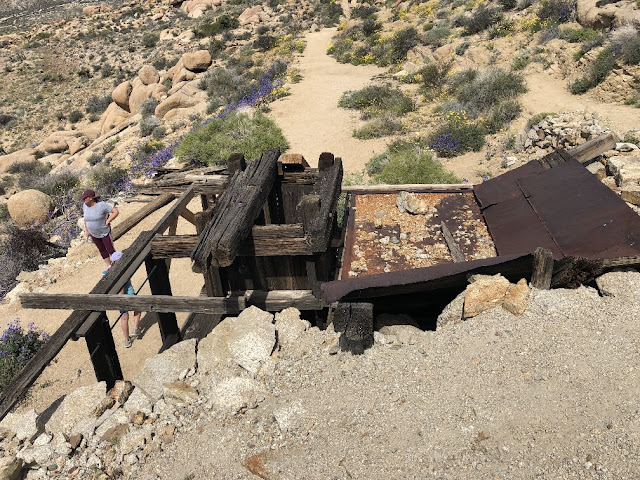 A highlight of the like was spotting this desert tortoise in a wash.  He was cruising right along, taking advantage of the flower feast, I imagine. 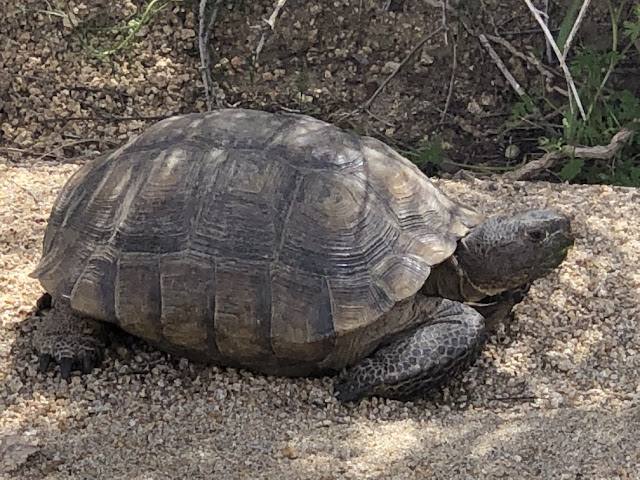 Another day, the whole group of us headed down to Niland to check out Slab City.  Unfortunately, the Box Canyon shortcut was closed, likely as a result of recent flood damage?
I was acting as 'tour guide', so never took a single photo it appears :-(

With April just around the corner, we pulled up stakes and started to head NW towards the coast.  But all did not go according to plan, thanks to Caltrans totally dropping the ball.  But that's for the next blog post, hopefully coming soon!