Well, it appears that Blogger stupidity has no limits!  I'm already signed into my blog, and click on the link to create a new post.  Blogger insists that I enter a name that I am blogging under (Blogger is a lousy blog platform)(what the heck is that for?), and when I click on the link that supposedly provides more information on the request - well, that is a bad link!  Go figure.

Maybe trouble is just attracted to me these days?


Now to the blog:

After spending a few days camped with Don & Donna at the south edge of Joshua Tree National Park, it was time to very slowly begin the long journey home.  I debated a lot on the best route, and finally decided to make the run down into Palm Springs, then up to Yucca Valley, then head north on 247 towards Victorville, or Barstow.  I just happened to pull up the Caltrans map of the area, and it showed there was a night-time closure in the area from 8pm till 6am.

Since I had no plans to travel at night (thanks for just arbitrarily changing my font and removing all the line breaks, Blogger!)this was not going to be a problem.
After a bite to eat in Yucca Valley, I headed up the 247.  I was not surprised to see one of those large flashing signs, also indicating the night time closure.
Well, imagine my surprise, and that of many other vehicles and RV's when 40 miles ahead, just before Lucerne Valley, the road was totally blocked with barricades, with no information except (NO DETOUR AVAILABLE)!!!There was no one there to explain anything, but there was a highway patrol vehicle or so a few hundred yards up the road beyond the barricades. Other unfortunate souls had made the hike up to the vehicles, only to be told that the road would be closed 24 hrs a day for the next THREE DAYS! (To be clear, this was not an emergency closure because of flood or fire, it was a (poorly planned) PAVING project!)

This made me very happy! On the 40 mile drive back to Yucca Valley, I managed to flag down a couple of RV's headed for the dead end, but there were countless cars and loaded semi trucks also headed for the end.
I had no phone service up there, but upon getting back, I tried to call Caltrans, but they do a good job of hiding most of their phone numbers, except for some PR people, whose voice message said they would not be back to work for 3 days!
So, I called 911, Yucca PD, the Highway Patrol, and e-mailed every address I could find for Caltrans.
Then, I had to drive another 30-40 miles in the wrong direction to get where I wanted to go!
While it didn't help the hundreds or thousands of drivers that CalTrans misled, I did receive a personal apology letter from the Director of Caltrans on Monday. The local media was going to publish my complaint as well ...
(I tried to attach a pdf of the letter, but Blogger had other ideas and eventually I gave up)(Then I had to go back and manually re-format the preceeding paragraphs because a preview of the post showed that you would need an 8' wide monitor to read to the end of the sentences!)


So, now a day behind, thanks to CalTrans(on my tighly orchestrated!) schedule, we continued on through Barstow, and Bakersfield towards the coast.  Whew!!


The flowers nearing the coast were awesome.  Tons of cars stopped along the roadsides - everyone out wandering in the fields and hillsides with their cameras. 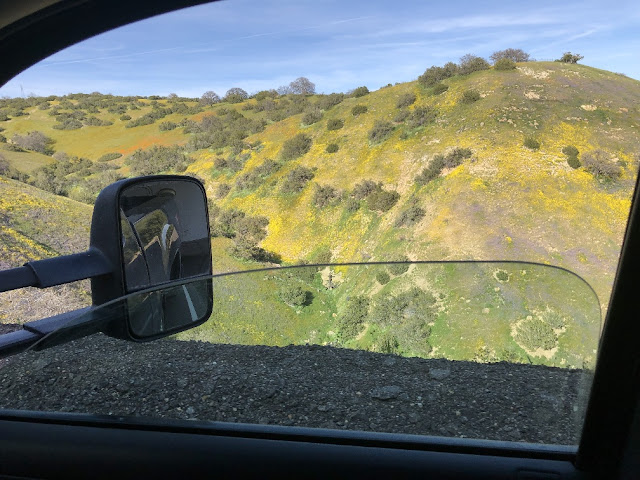 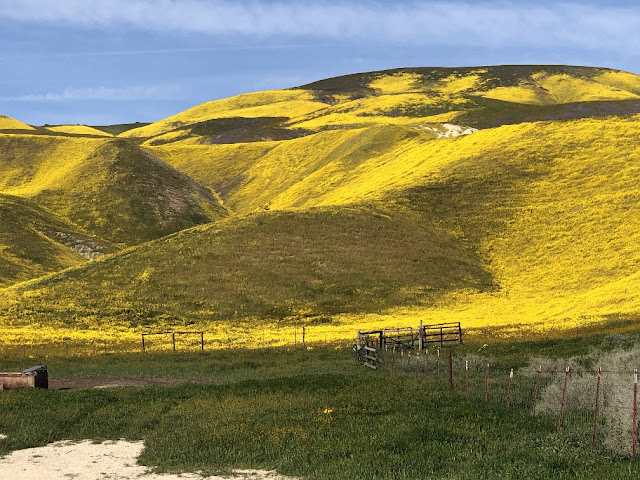 I pulled off to spend the night in one of my spots from several years ago, but  ... 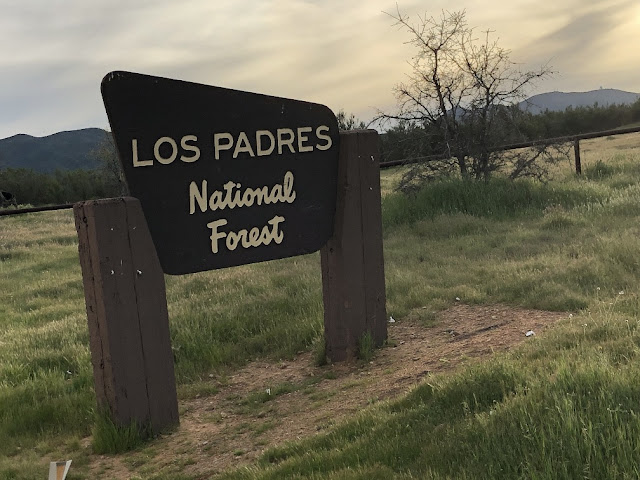 Now, all the old camp spots are blocked by railings, and the road deteriorates rapidly, and I was barely able to make a turn around to escape.  Cross those spots off my list :-( 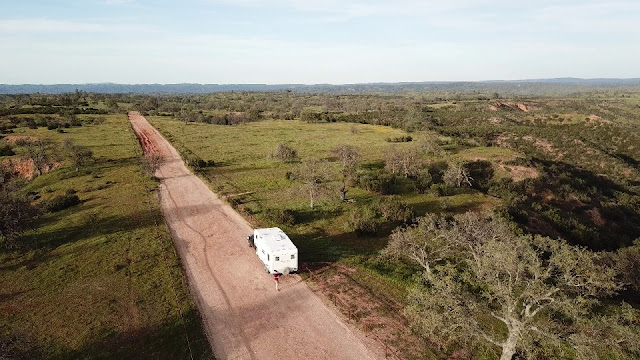 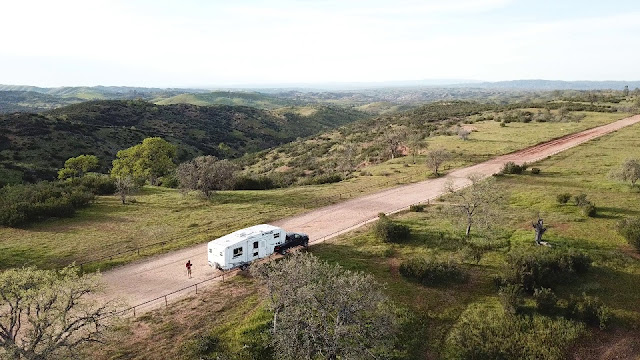 We finally hit the coast at Morro Bay.  Surprisingly, there were a couple of RV's parked right back of the beach at the end of Hwy 41 who said they had been there for the night with no hassle, and no 'no camping' signs were visible.  Made note of the spot for future use, but it was too early in the day to consider camping.  Surfers were out, checking out the break. 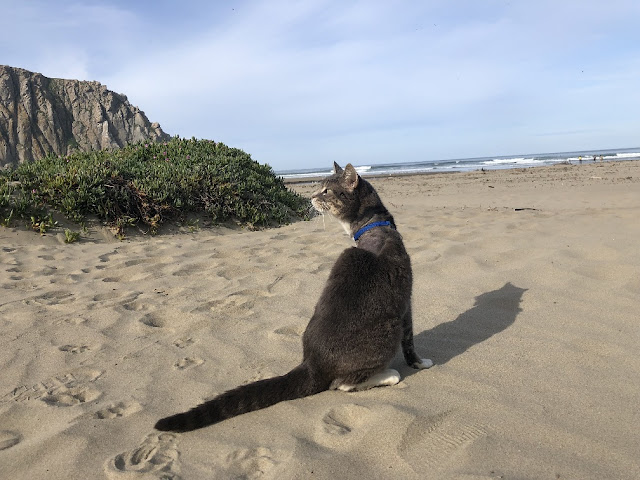 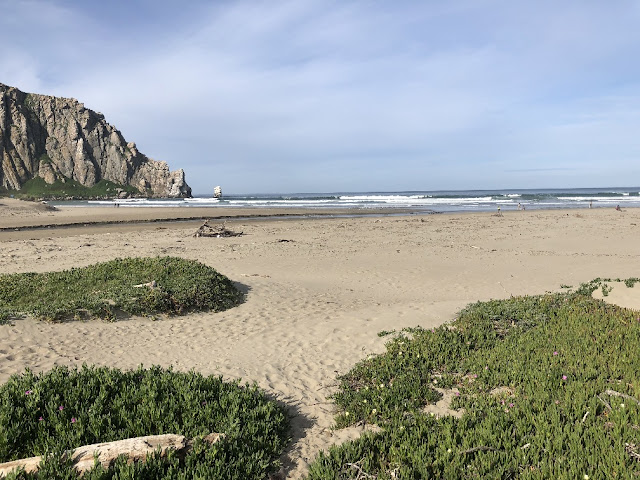 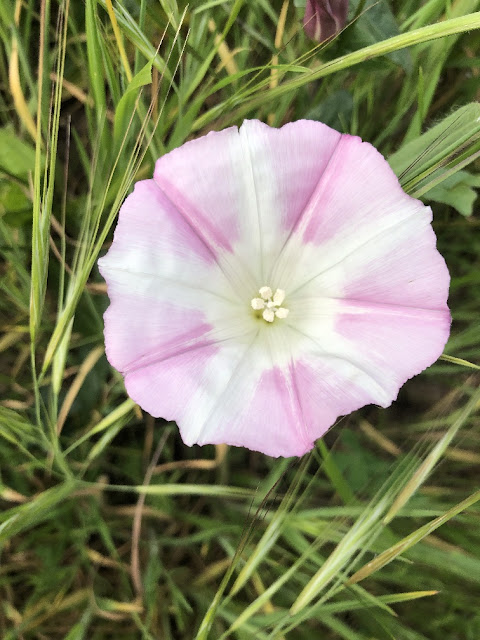 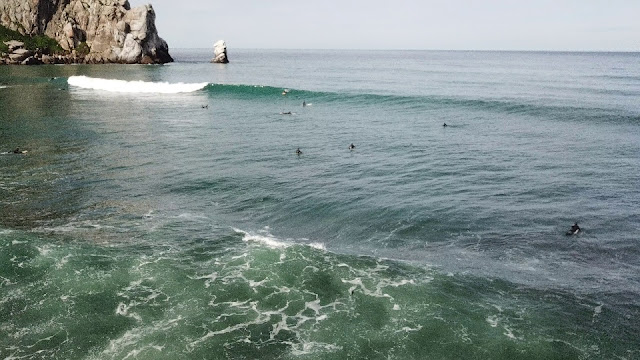 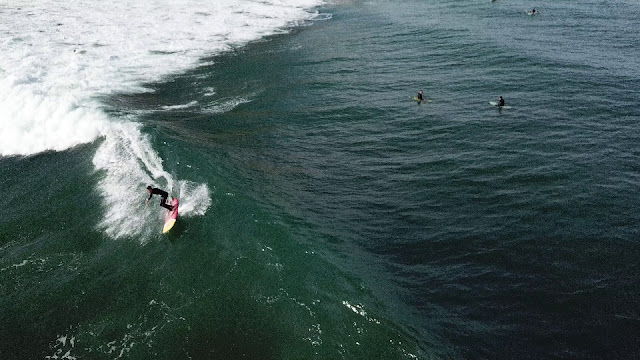 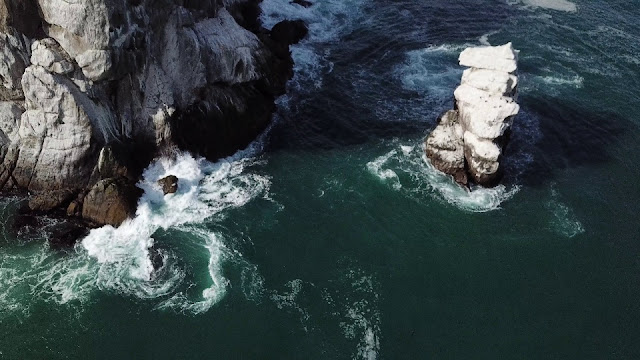 Heading north up the coast, the road at Plaskett Ck was much too rough for a 5th wheel and said it was closed somewhere ahead, so we just found an un-signed ocean-front view spot to spend the night free of cell service.  Further up the coast at Kirk Ck we drove up to a previous favourite camp spot for old-times sake, knowing that it was now a forbidden territory as well.  So sad to lose all these great spots. 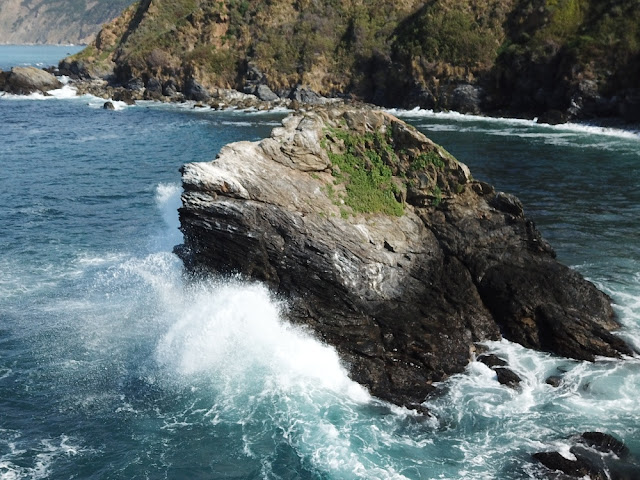 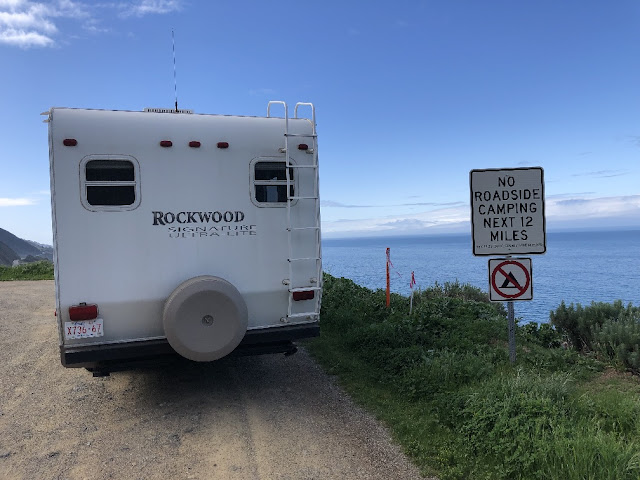 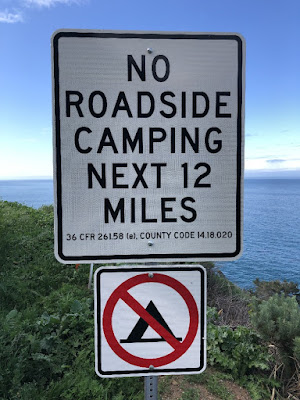 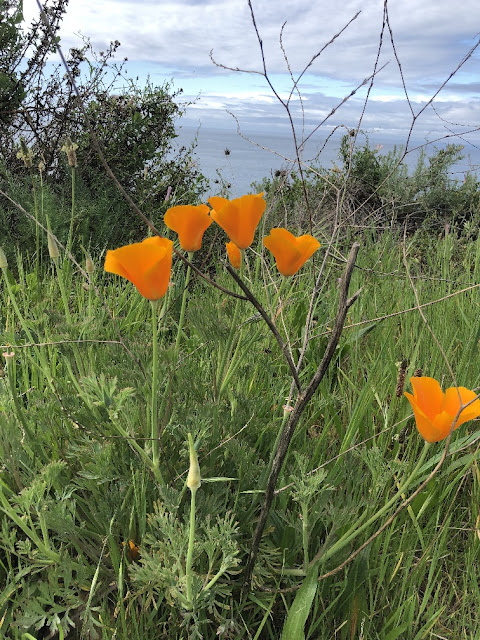 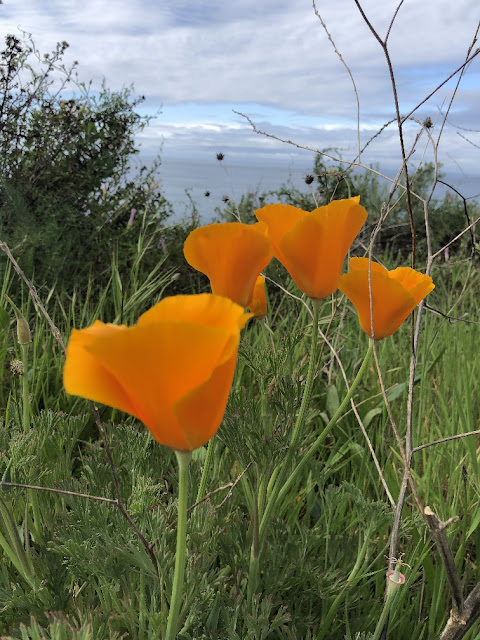 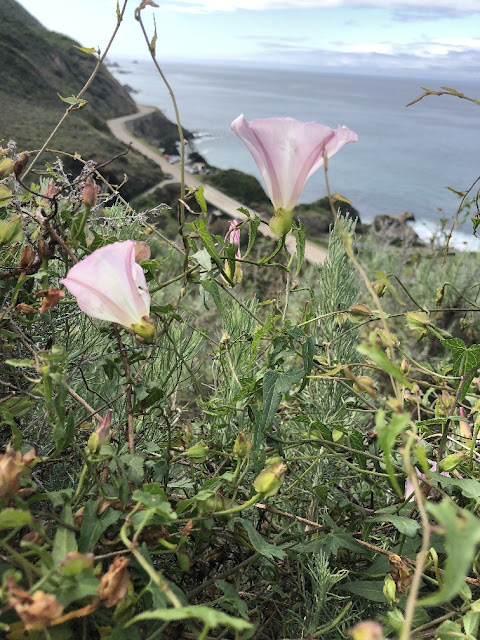 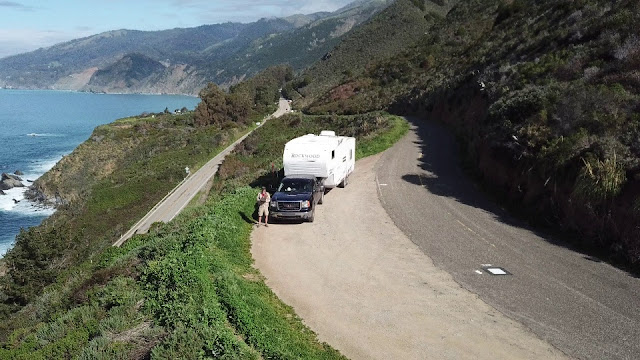 Further along the coast, one of the bridges beckoned. 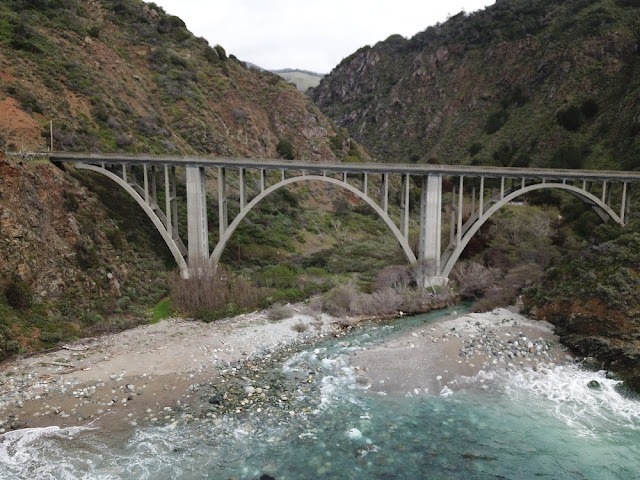 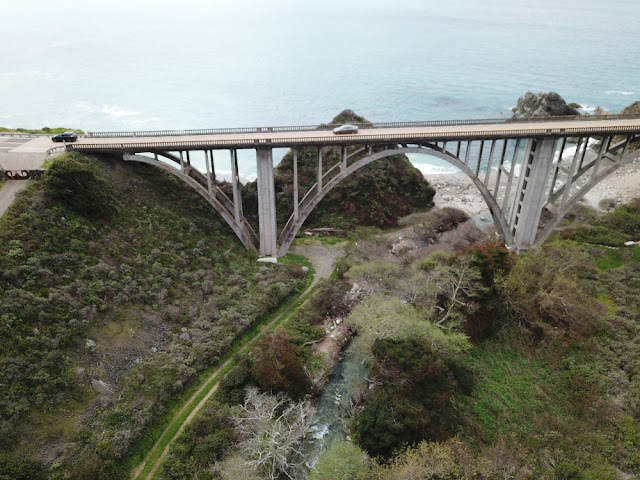 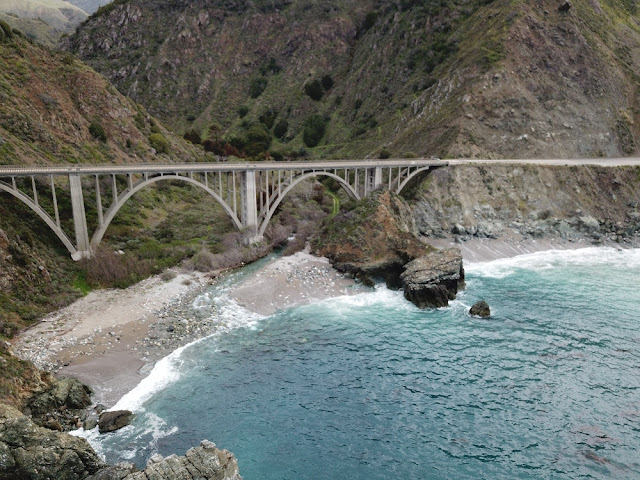 As usual, large areas of Hwy 1 along the coast are falling into the ocean, and CalTrans is always hard at work on several sections to keep them open.  After a huge slide the road was closed for about a year, but it has now reopened.  One of the new structures is pretty amazing.  I'm guessing it is a slide shed to direct debris over the highway instead of onto it?
Photos are stills taken from my cheap Walmart dash cam! 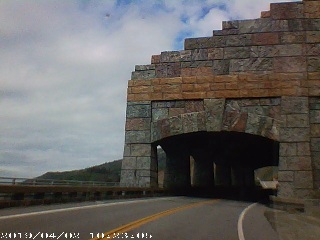 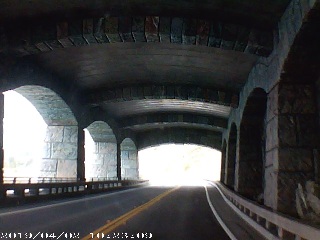 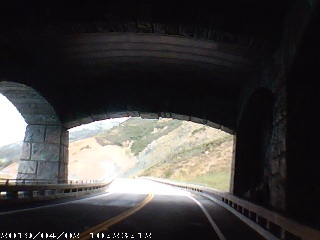 For those of you wondering, Ms Hailey is doing pretty well.  Her three legged mobility is excellent, she still loves to get out hunting, and she has finally caught up in the grooming department.  Her haircut from the surgery is a bit weird, but it is starting to grow back and the stitches are starting to fall out by design.  But she has lost a lot of weight over the winter and for some reason still has very little appetite, even when aided by medication. 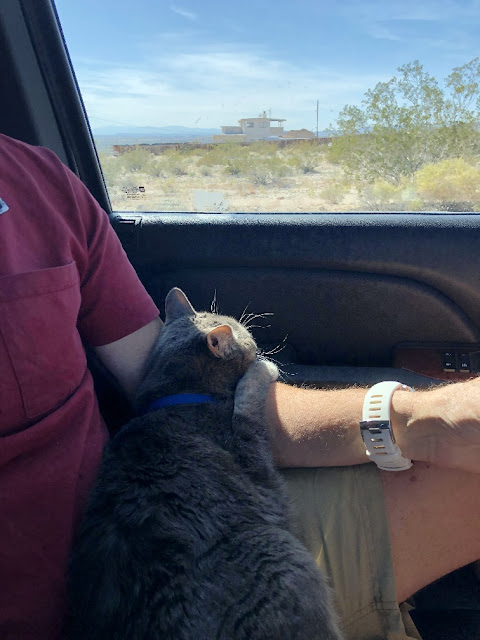 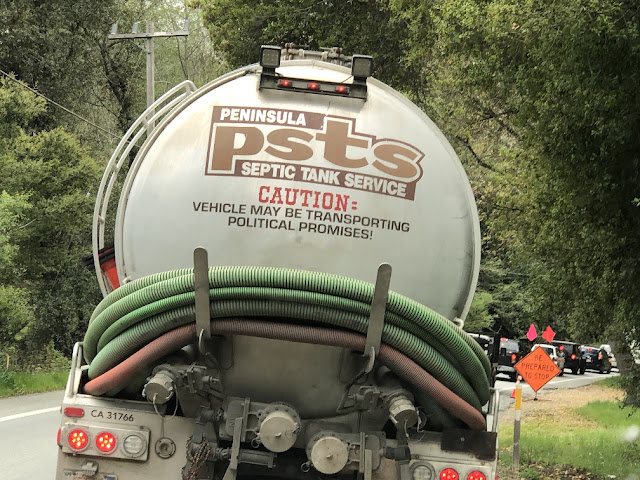 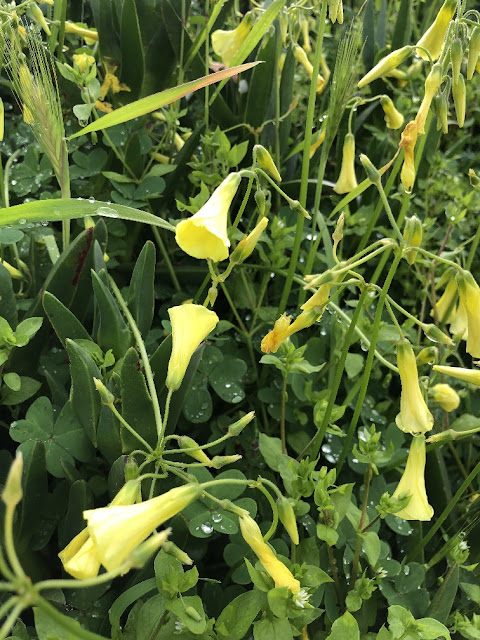 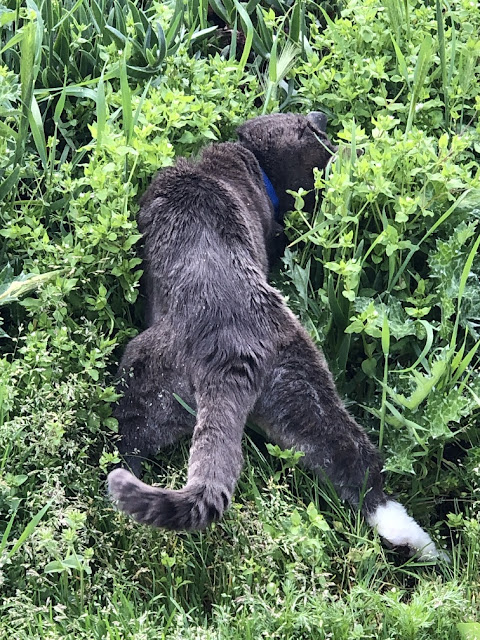 Next post: crusining north through San Francisco and up the coast.