Heading up the California coast

Neverending problems with Blogger and it's lousy editor!  Had the post published, when I noticed that Blogger had arbitrarily removed a photo and a video from the end of the blog!  Trying it again!

Heading up the California coast north of Santa Cruz, the 'no camping' signs ended once we crossed San Mateo County line, so we took advantage of one of the roadside ocean-view parking spots for the night.  It rained some during the night, which helped drown out the sounds of the traffic, which only died down briefly overnight.
It was still early in the morning when we passed the Pigeon Point lighthouse.  There used to be some scenic camp spots within view of the lighthouse, which are all gone now.  :-( But at least the old spots have been rehabilitated and revegetated, not just plastered with signs. 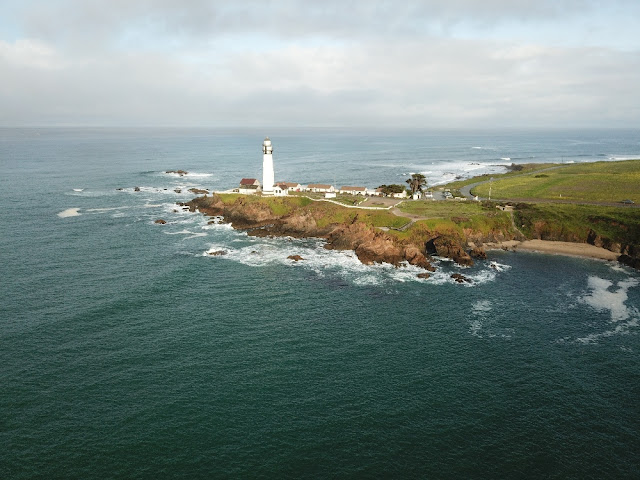 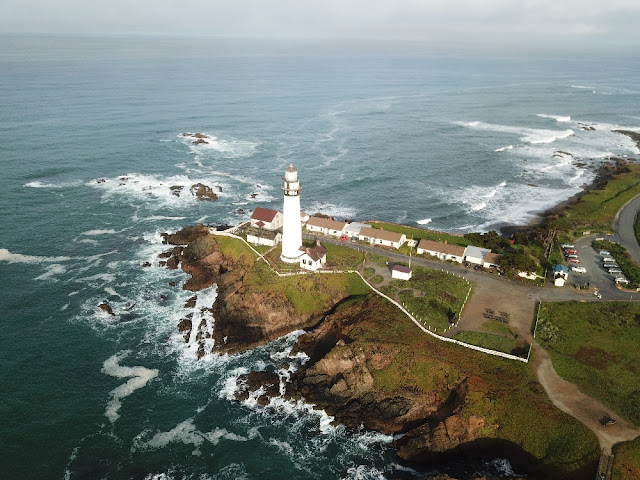 We didn't fuel up in Santa Cruz like usual, so were forced to add some from the two 5 gallon cans we carry in the back, to avoid both the prices and tight spaces of gas stations in the San Franciso.
If there was anything left to bend in the frame on the 5th wheel, the horrible, rough, pot-holed roads leading through San Francisco certainly took care of that. At least the traffic was not too bad, even though we missed our intended route. 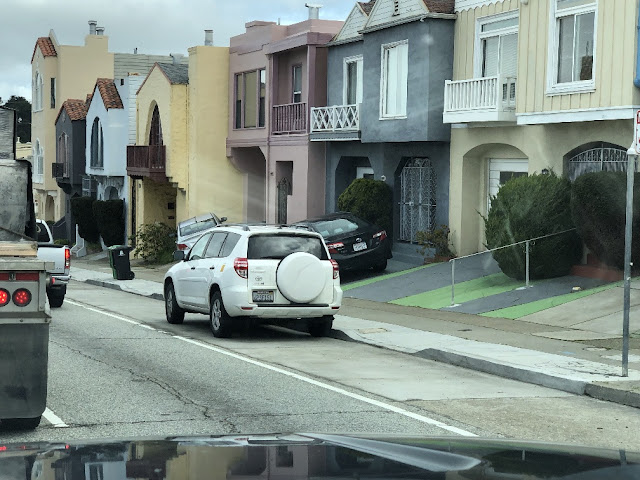 There was this big orange bridge to cross as we headed north, but at least the tolls are only collected southbound.  Like former co-pilot Harley (pictured), Hailey was not overly impressed with the bridge! 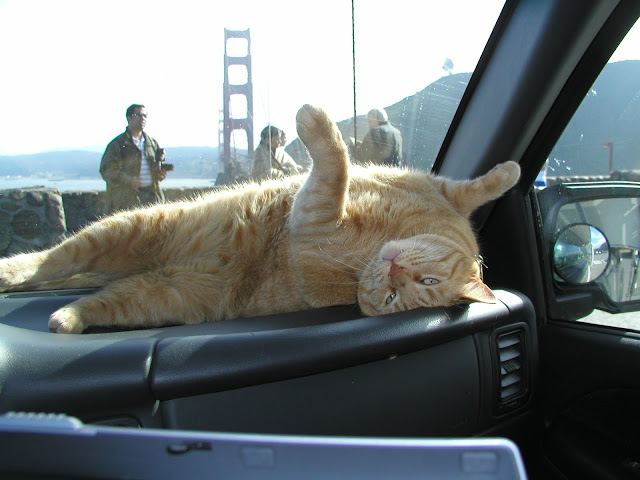 We stopped for a look at the bridge from the north end. 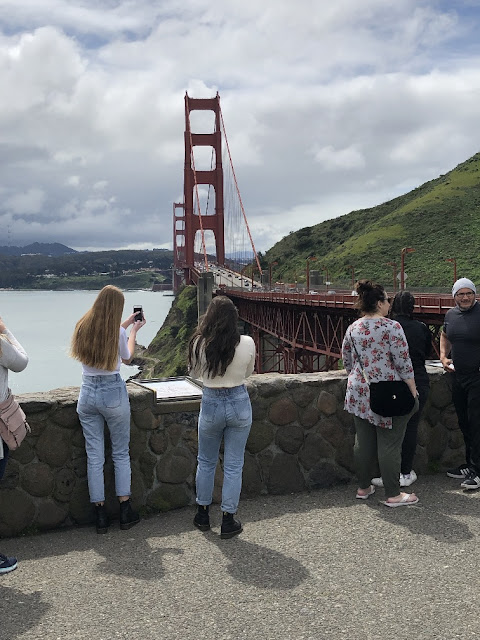 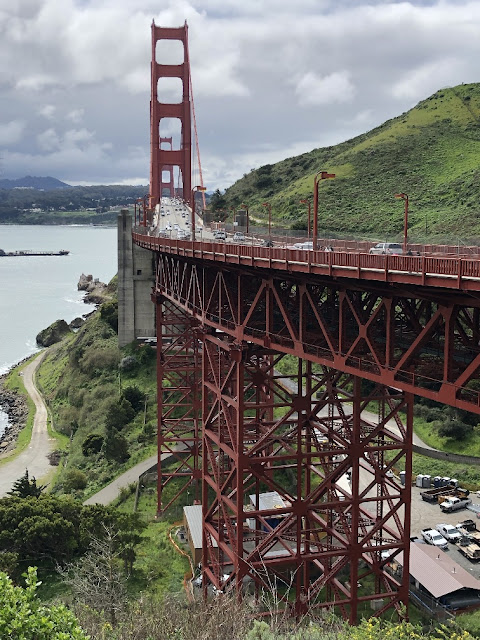 And, had a look out at Alcatraz island, home of the famous prison. 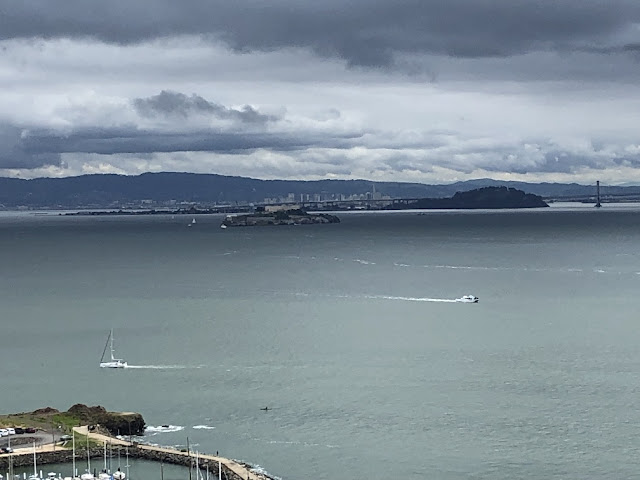 No drones were seen or flown! 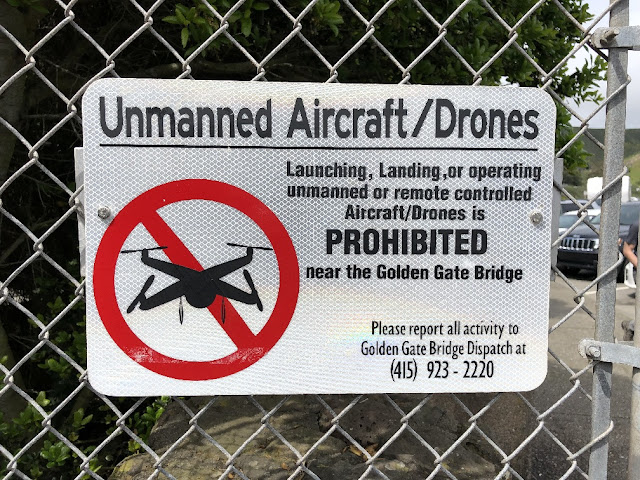 North of San Fran we exited the freeway at Petaluma and headed back to the coast, once again neglecting to add fuel.  This left us out at Bodega Bay, where the prices are, umm, somewhat inflated shall we say.  We only took on enough to get us to Fort Bragg where prices are downright reasonable - for California!  Strangely, propane at the same spot was only (!) $3.30/g compared to $4.95 on I-15 in Baker. 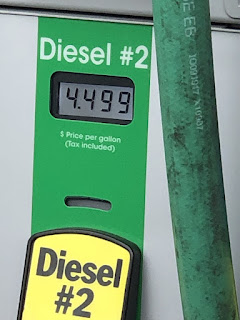 Fortunately, most of our free scenic ocean-front overnight camp spot also came with free whale watching.  At only one spot did we fail to see whales spouting offshore!  While watching a couple of container ships in the distance, I discovered an online site where you can track many ships and even fishing vessels.  It typically shows their location, bearing, speed, track, photos, and flag.
https://www.marinetraffic.com/en/ais/home/centerx:-122.6/centery:38.1/zoom:8
In Fort Bragg, (where diesel was $3.64) we fueled up, but left re-filling the spare containers later for Oregon.  We called the vet back in Ft Mohave, Az, and had them provide prescription details to the local Safeway pharmacy, so we could get some more appetite pills for Hailey.  According to the instructions that come with the meds, she will not be allowed to operate heavy machinery, and must be monitored for suicidal tendencies! In spite of my being rather an expert now in administering cat meds, apparently Hailey has become somewhat of an expert in avoiding them!  A few minutes after trying to force the pill into her mouth, I found it's sticky remains stuck to the side of my laptop monitor where she had conveniently spit it out!

There was not enough space in the Safeway parking lot for my truck and rig, so I had parked along the curb just across the street. While attempting to get there with my shopping cart, the front wheel locked up solid at the edge of the sidewalk!  I had seen signs about removing carts in a parking lot in Vegas, and didn't know that worked, but I sure found out here!  Now I had to lug my load of groceries by hand. 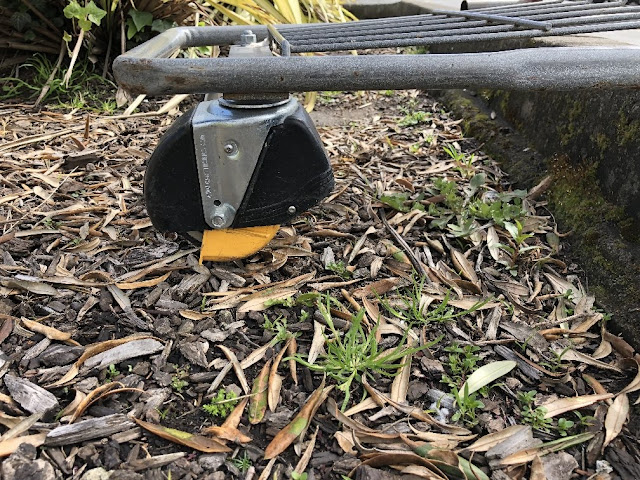 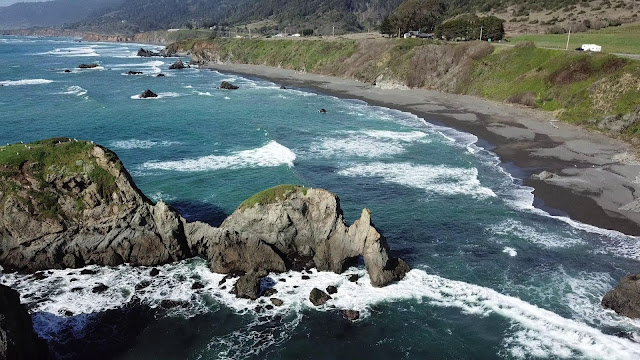 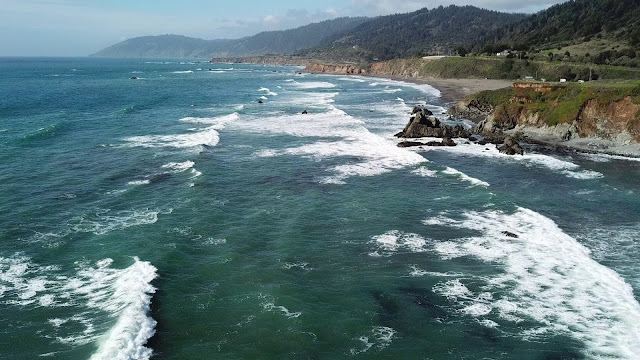 Although the forecast had predicted more or less continuous rain this week, there were certainly a fair share of nice weather and even some periods of sunshine.  So we took advantage of the situation to take some more photos near Westport. 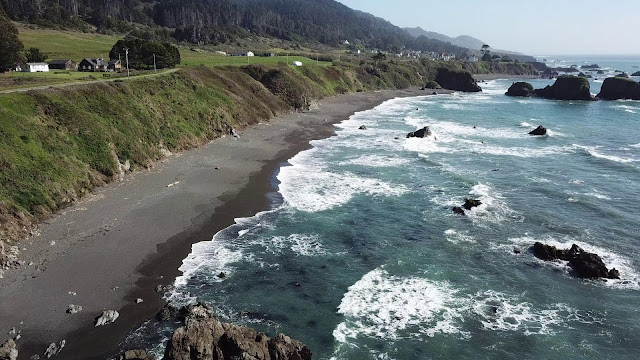 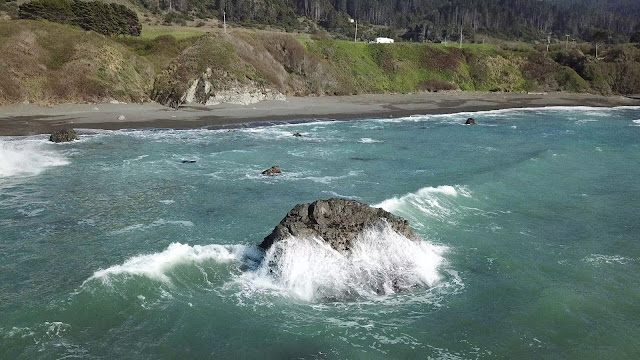 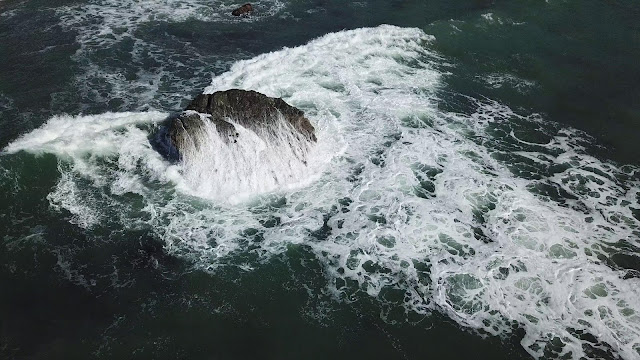 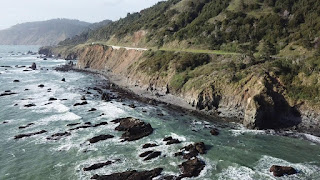 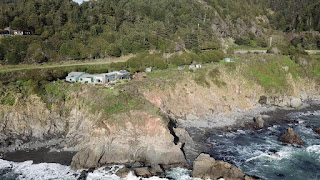 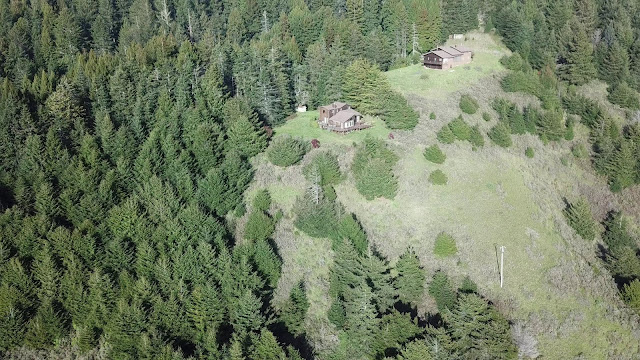 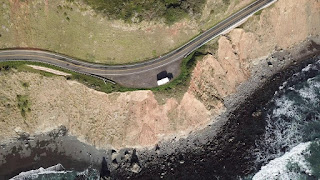 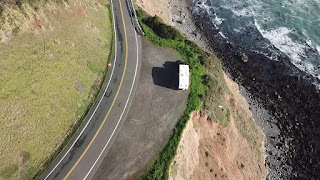 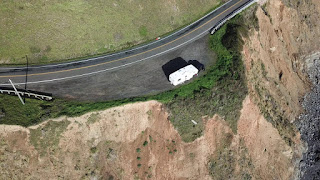 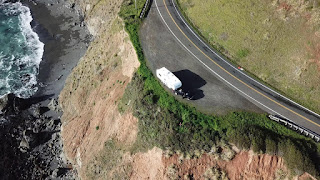 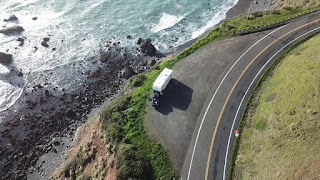 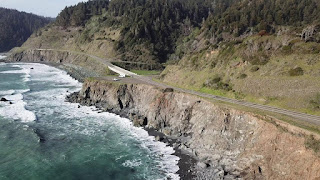 It was so nice out that I couldn't resist digging out my fire pan and having a nice evening campfire, complete with ocean view and whales spouting in the distance. 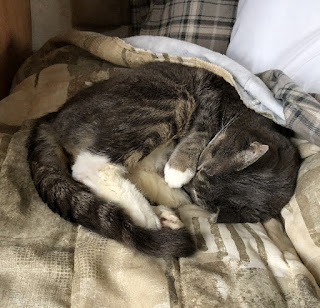 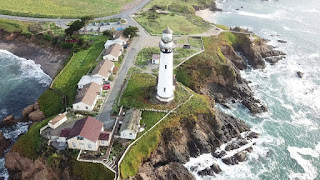