After a battle with LIve Writer, we were finally able to convince it to publish my last post.  Lets hope it doesn’t forget the lesson.

It has also been challenging to stay online at all.  My Galaxy (Hughesnet) satellite internet system seems to have developed a glitch, and it has now been off the air for a week or so.  Galaxy has been really good in trying to isolate and fix the problem, and we’ve spent literally hours on the phone with them over the last week.  But all our efforts have been in vain, and it is still not working.  Finally, we decided to suspend the service – at least until spring when I get home to where I just happen to have a brand new satellite modem waiting.  If that solves the problem, it will be back on the air before summer.  As a result of that lack of service, it has been putting a lot more strain on my limited cell phone data plan, and my truck’s Onstar wi-fi service.  So far, we’ve been getting by, but I suspect that both my phone and truck rely on AT&T service, so it remains to be seen how many dead zones are discovered.  I can use the cash saved from the Galaxy satellite system to increase the amount of data with the truck if need be.  At some point, I may have to consider a Mifi or another alternative.

In the meantime, in spite of all the hours on the phone with Galaxy, we have been on the move.  We pulled out of Travertine Hot Springs near Bridgeport, and headed south on 395, intending to head down to the numerous hot springs near Mammoth Lakes.  I knew that some of the high mountain passes were already closed because of snow, but as we got into the Mono Lake area, signs indicated that the 120 going through Yosemite had been re-opened.  That was pretty tempting, having never been in this part of Yosemite previously.  The multi-agency info centre near Lee Vining was closed, but the huge empty parking lot was a great spot to ditch the 5th wheel and go for a drive! 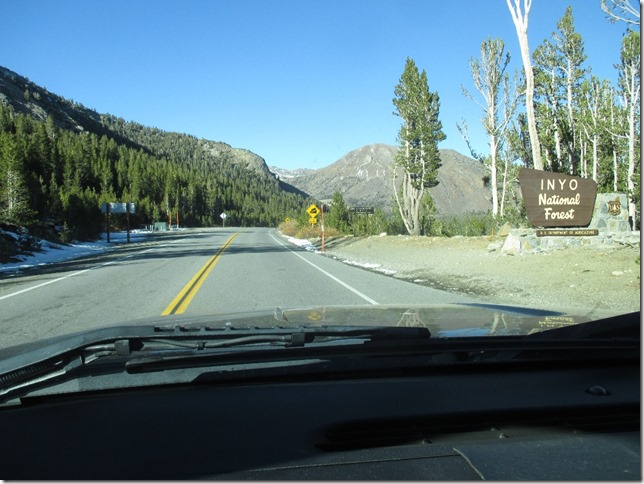 We headed up the steep, scenic highway 120 to Tioga Pass, trying to decide on the best type of park pass to buy.  It was a moot point, however as the entry gate was closed for the season, like the road would soon be.  The scenery both in and outside of the park is stunning, but the park seems to have removed most of their road signs for the winter.  It wasn’t until I pulled off the highway to check out some facilities and buildings that I realized that I had reached Tuolumne Meadows! 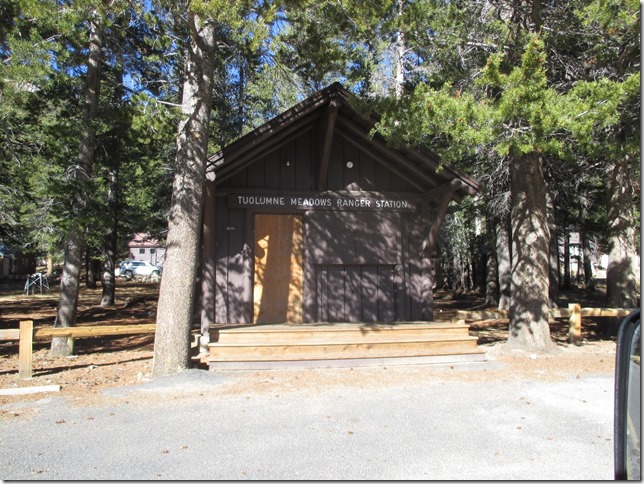 There was a few bits of snow along the edges of the road where it had been plowed off, and some signs warning of ice, but the road was bare all the way.  I continued on along the road till Tenaya Lake, but there were no signs to identify it. 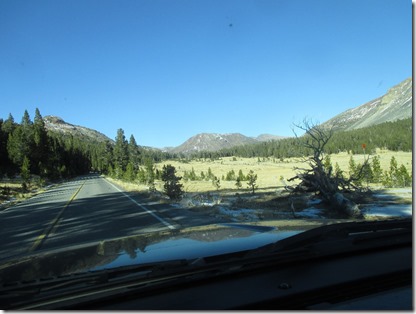 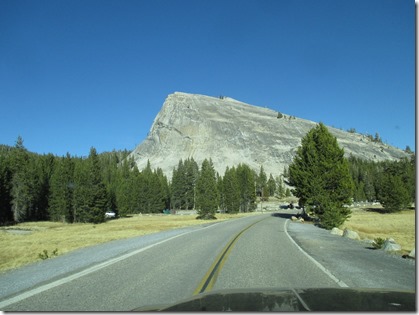 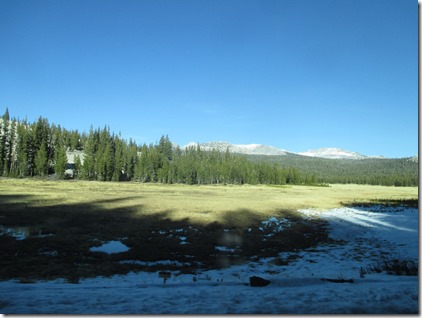 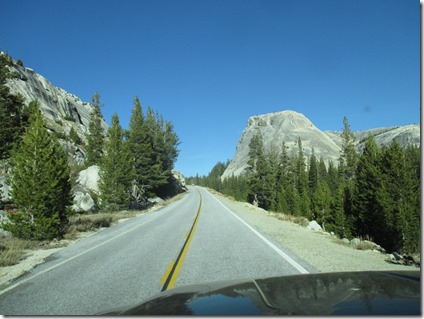 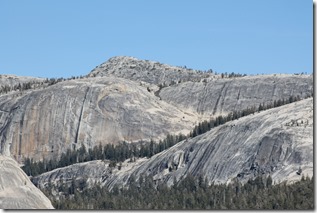 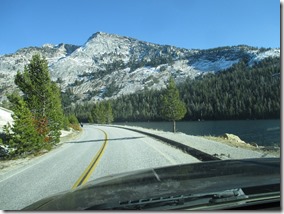 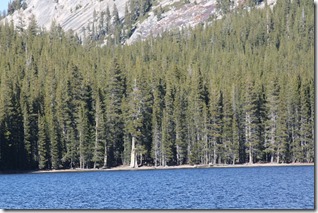 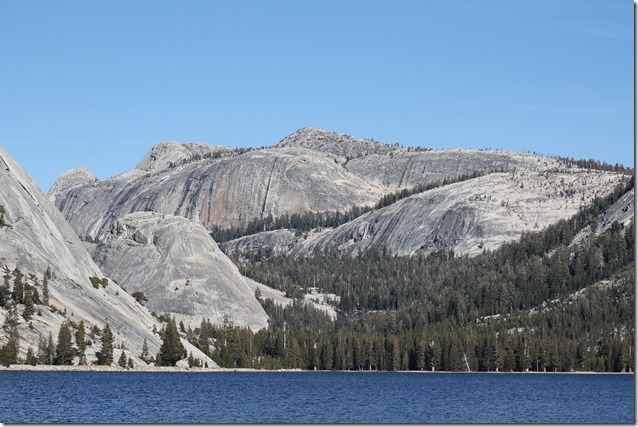 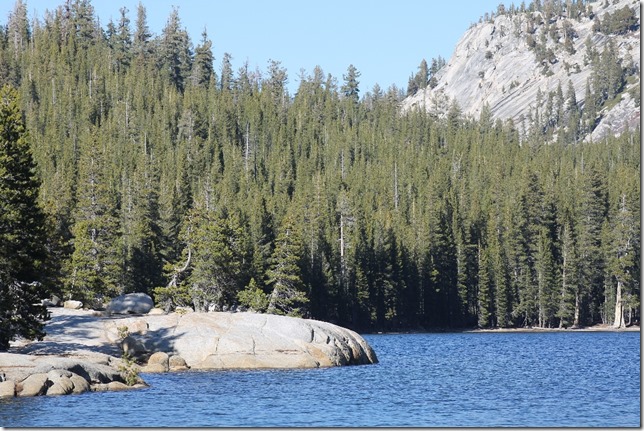 You know that they expect a lot of snow here when they attach an extension to the top of an 8’ sign post! 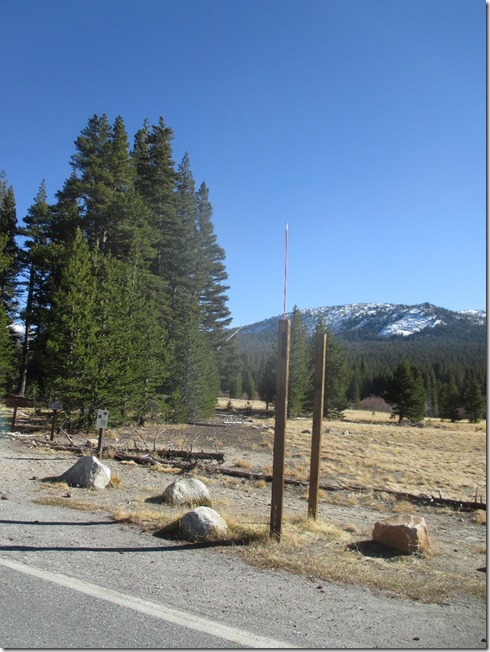 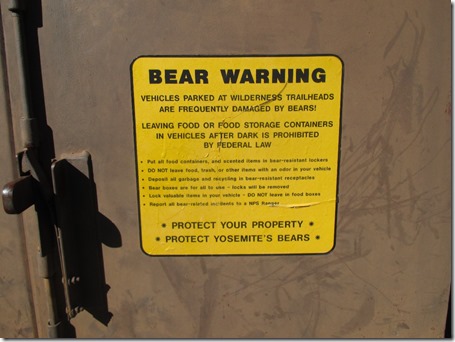 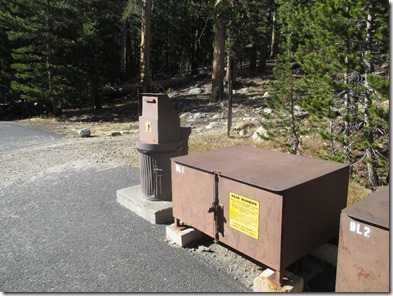 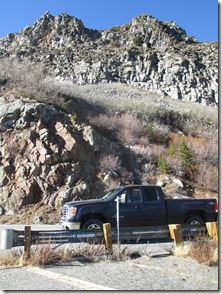 After Tenaya Lake we reluctantly retraced the route out of the park and back down to Hwy 395. 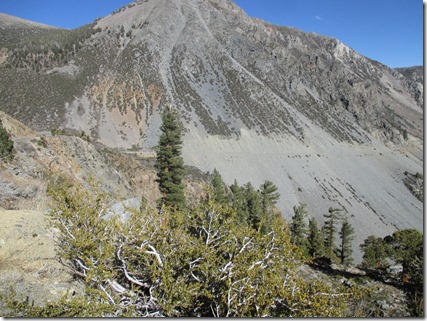 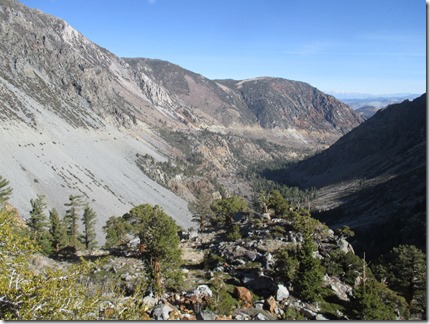 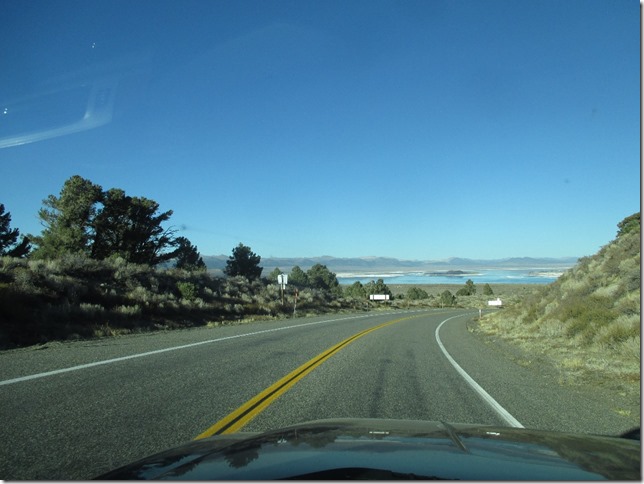 At Lee Vining we discovered that a propane fill cost exactly twice what it did somewhere back up in Oregon!

Hooked up again, we headed for my ‘usual’ camp spot near Wild Willys hot spring, and found it vacant.  In the past, I had always ‘assumed’ that this was a legal camp spot, but was glad to see that BLM has been hard at work with blocking some trails and re-planting some vegetation in the area. 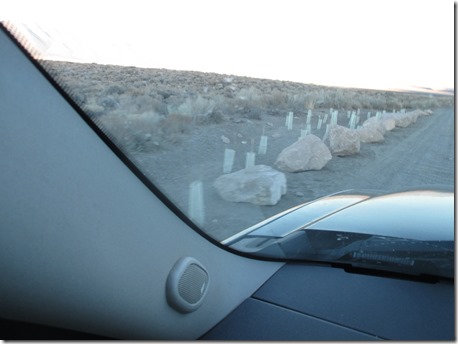 Now, there are ‘no camping beyond this sign’ notices posted just past my camp spot, so it is clearly a legal spot!  Whew!

It was a long weekend, so quite a few hardy campers in tents moved in around me for a couple of days.

These photos all taken at night with moon light only with a 30 second time exposure. 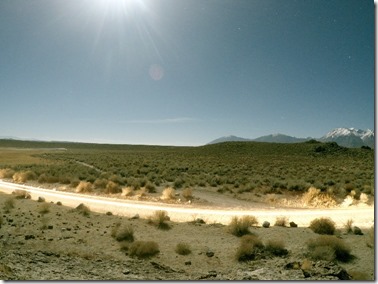 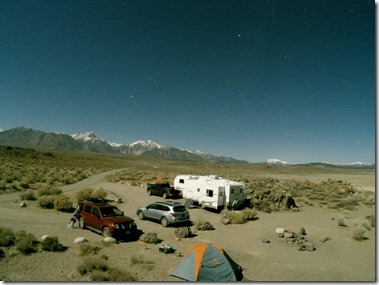 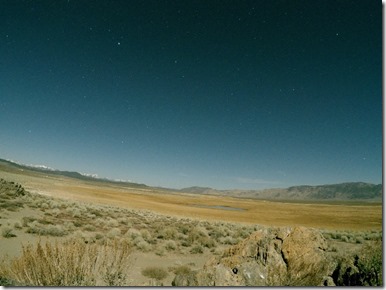 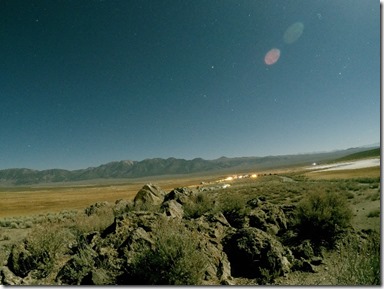 My Live Writer also seems to have re-formatted itself, so I suspect what shows up on the blog may not be even close to how I had envisioned it.