It was an enjoyable stay in the Alabama Hills above Lone Pine, Ca.  The highest peaks were getting a dusting of fresh snow, and it would not be much longer before that started to extend to lower elevations.  Hailey’s rock climbing skills were improving daily, but it was time to hitch up and head somewhere down the road. 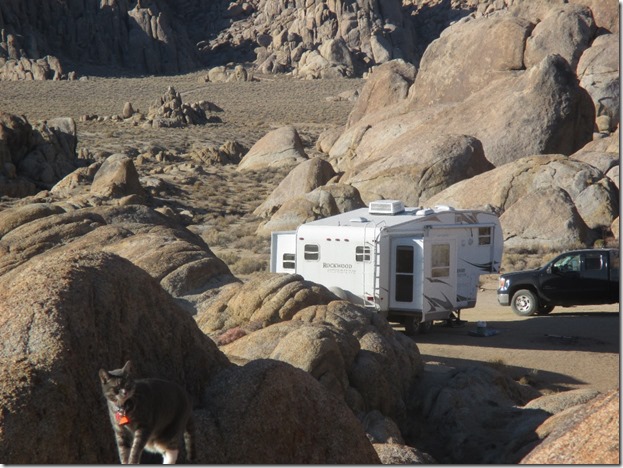 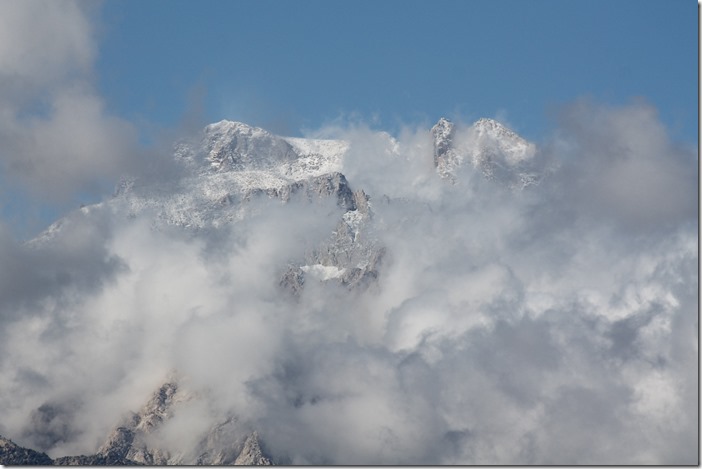 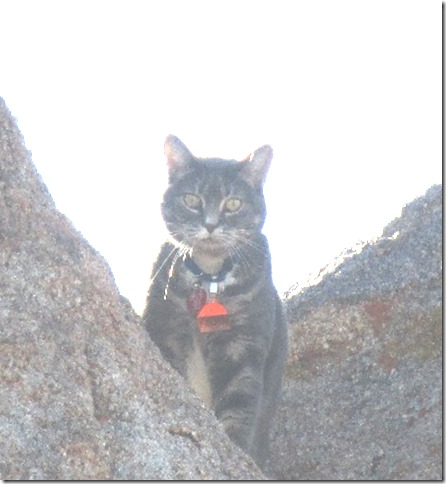 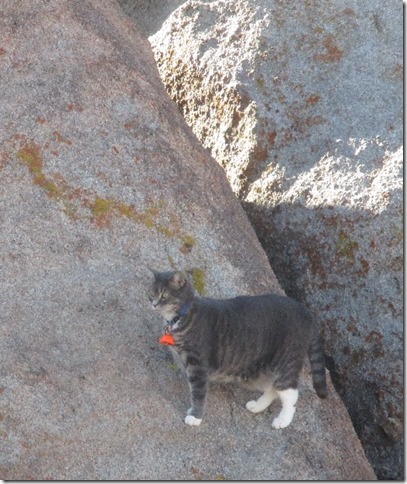 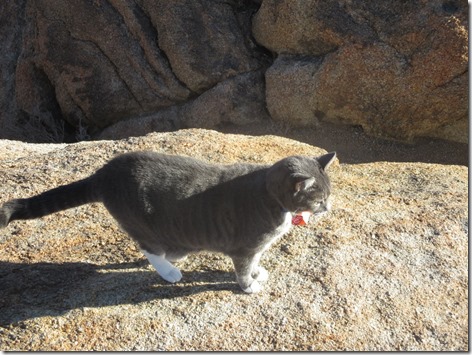 Besides, Hailey’s lizard friends were beginning to tire of her games! 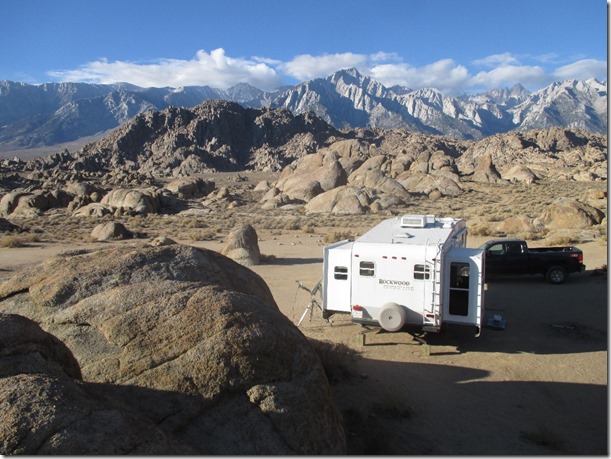 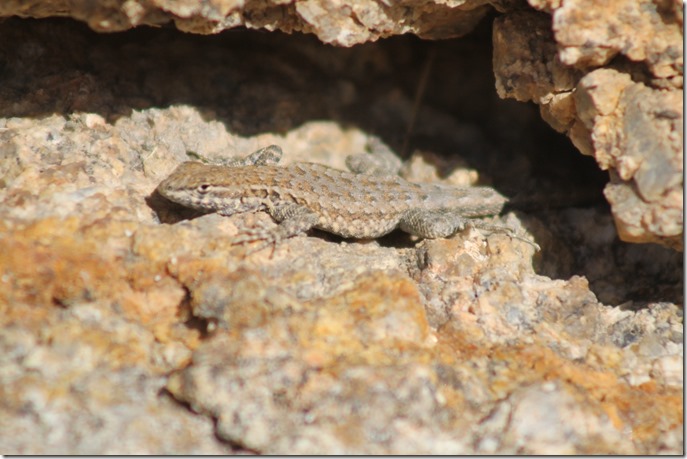 Down in Lone Pine we filled a propane bottle, filled the diesel tank, and took on water – in case there was a shortage, in Death Valley!

I haven’t been through Death Valley in quite a few years, and Hailey has never been there, so we decided that it was time to check it out again.

It might have been a better choice to hit the steep grades of the valley with all tanks empty, but one never likes to get caught without water, so we went wet. 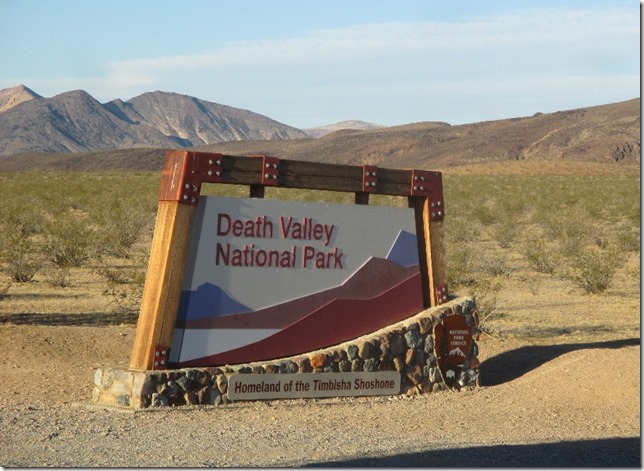 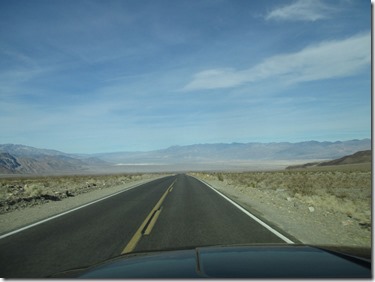 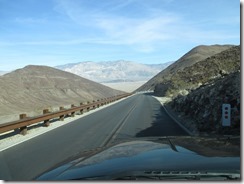 We looked at a couple of campgrounds down in the valley, at Stovepipe Wells and Furnace creek, and even though beauty may be in the eye of the beholder, the camping options I saw did not really beg to be explored further … 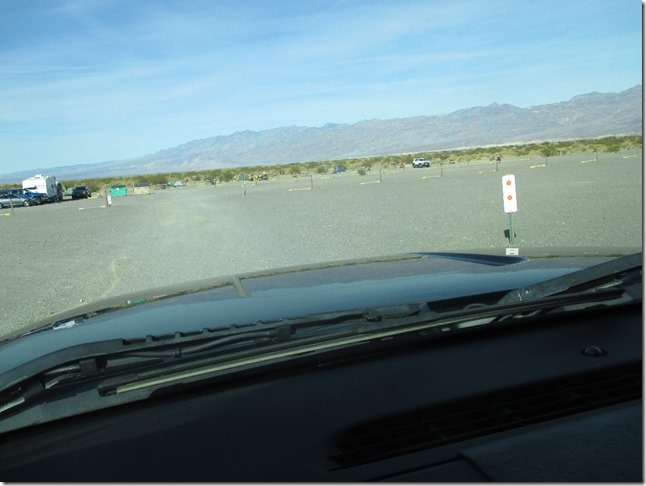 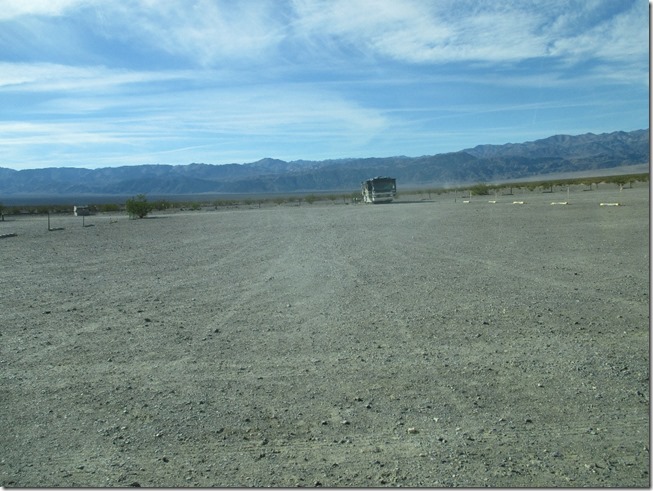 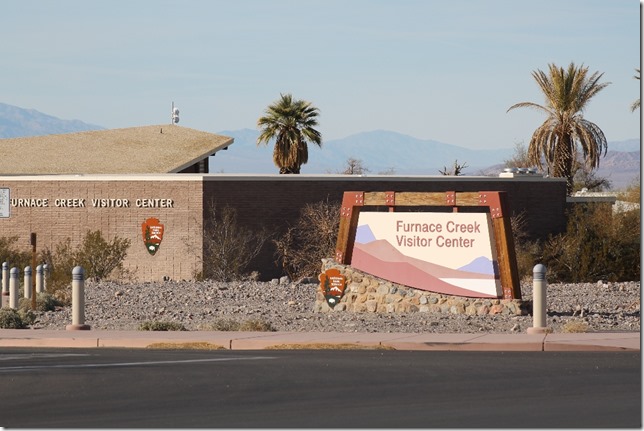 After a quick walk-through of the visitor center we continued on down the Badwater road.  There were a LOT of cars parked at the Badwater viewpoint, and everyone was out walking on the dry lake bed.  I finally figured out that they were likely looking for that lowest spot of 282 feet below sea level.

Soon, dusk was upon us, and a scenic roadside pull off served as a stopping place, with slightly more ambience than some of the campgrounds we had passed up on! 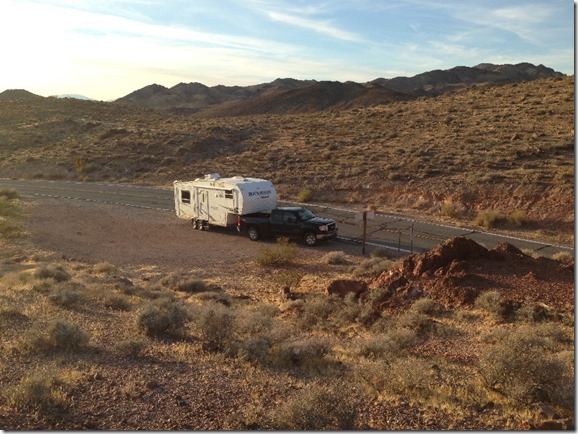 Next morning, with hot coffee in hand, we cruised on through Shosone, and into Pahrump.  A Big-O tire place camp into view at 8 in the morning, so we stopped and asked to get the trailer tires rotated to spread the wear around.  Well, they decided that one or two of my tires were ‘separated’, so ended up just putting on the spare, and refusing to even put air back into the tire I had been driving on!  They really wanted to sell me some new tires, and as each actor (I mean tire technician) would walk by they would ooh and aah, and mutter like they had never seen a worse tire ever!  Ya, well, we’ll put a few more miles on and get another opinion down the road somewhere.  Let’s go to Vegas!

Over the next pass and we were soon coasting and braking through a long construction zone down into Vegas, where we picked up the I-15. 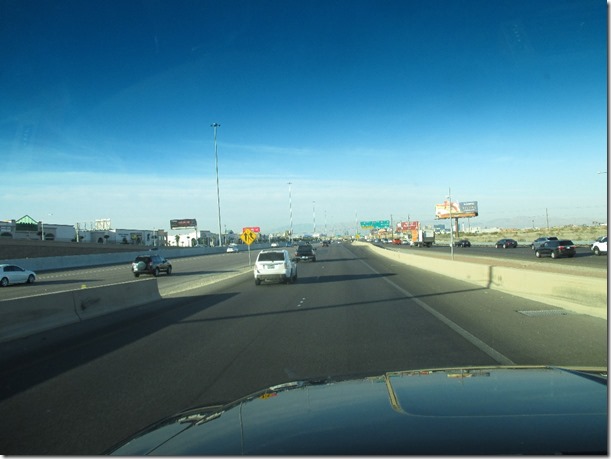 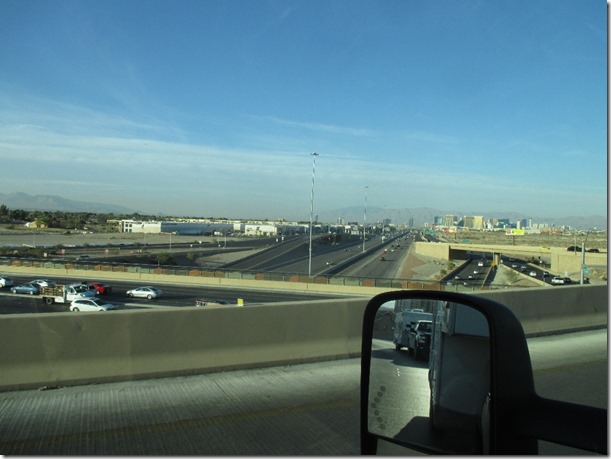 Even though it was mid-day, the interstate was pretty clogged and almost stop and go most of the way through Vegas.  Hailey was clearly stressed by the whole ordeal. 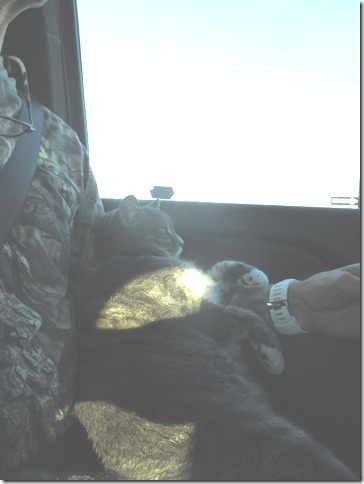 Eventually, the traffic eased as we got north past Nellis AFB.  As the sun was setting, we rolled into Overton, aired up the spare tire again (!), and headed for Stewarts Point.  There had been some significant recent rainfall in the area.  Signs were up in Overton warning of flooded roads and many areas of fresh mud were evident.  At Stewarts Point there was plenty of evidence of minor flood damage, so it was with extra caution that we maneuvered across the flats and through the dips in the dark to our usual spot, which was thankfully vacant.  Since it was US Thanksgiving, we tried to be extra thankful!  Thankful was not in the vocabulary when it was discovered that a strip of seal seems bound and determined to escape from above one of the slides.  It had already been returned and secured (?) into it’s spot, but clearly the repair was insufficient.  We’ll get up there again and bolt, staple, glue, nail, or screw it in place again.  That saying about misfortunes happening in threes – bunch of bunk.  Pretty sure things are happening in 9’s this year. 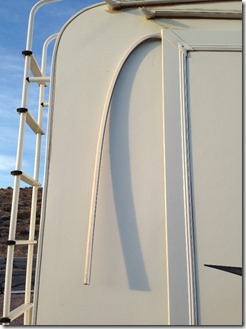 But – whatever.  Here we are parked with a lake view, supplies all topped off, good weather, no hassles, time on our hands, and for that, we are THANKFUL! 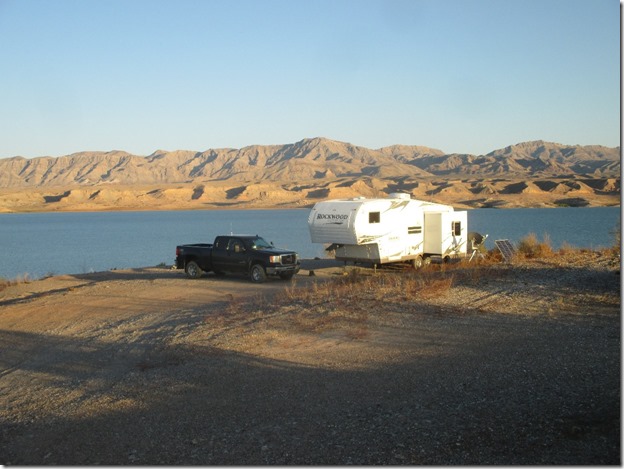 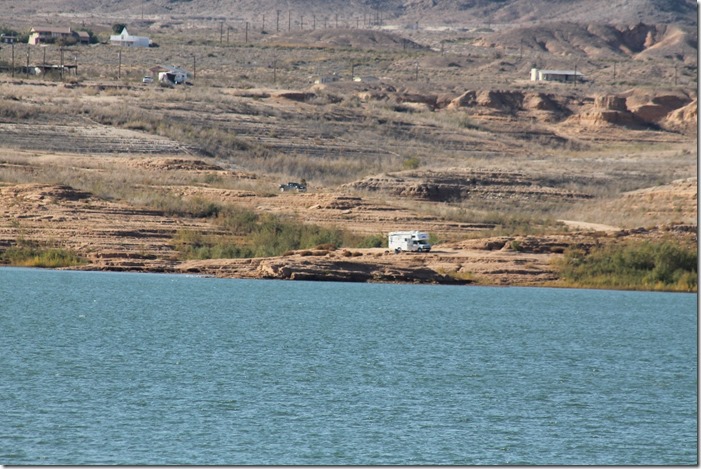