Southern Migration - Oregon/California coast on the 101

We spent a quiet, but breezy night on the side of the road overlooking the John Day dam from the Washington state side of the Columbia river.  Normally, we'd be right down by the water, watching the tugs and barges going in and out of the locks on the dam, but that area is now signed as day use only area :-(  I guess things change when you are forced to take a year off from southern travel?

A few splashes of rain followed us down the I-84 on the Oregon side of the river approaching Portland, but it cleared up as we skirted the city on the south west side. 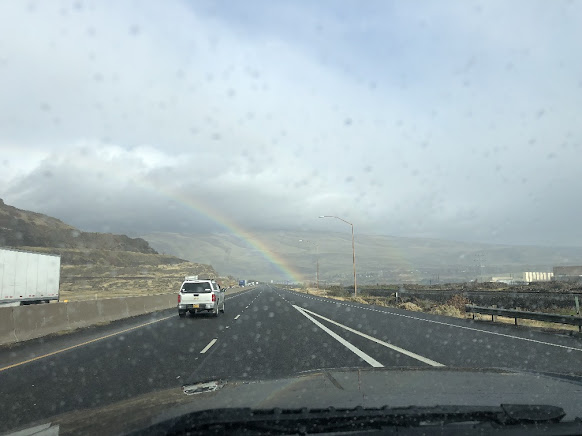 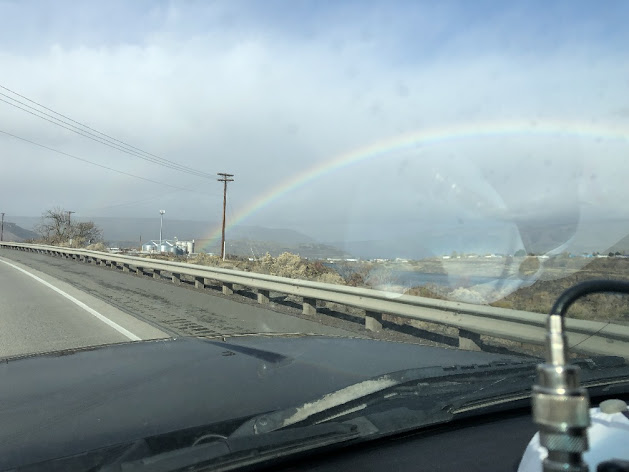 It would have been nice to stop in at the Fry's Electronics store in Wilsonville, just south of Portland on the I-5, but unfortunately it appears that all those stores have closed down :-(.   Many stores were sadly getting bare shelves before we left due to covid in spring 2020.
Making good time, the route took us further south-west to McMinnville, where we often overnight in the huge parking lot behind the Evergreen Aviation & Space Museum.  It was early in the day, and I debated continuing on towards the coast.  Another 'new' sign helped make the decision.  I didn't check to see if there was a cost involved - and headed for the coast. 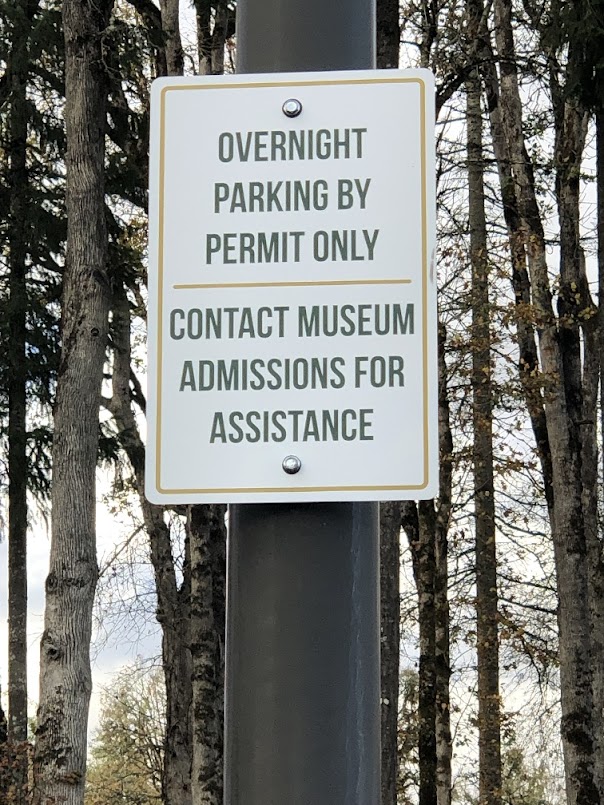 Weather was a mixed bag, with frequent rain as we hit the coast at Lincoln City and headed southward. 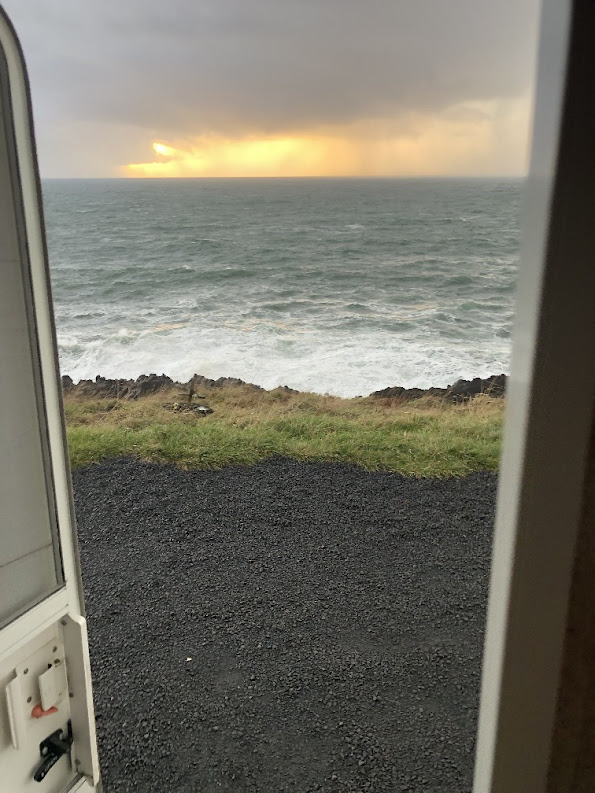 Next day, traffic was light on the 101, and the mixed bag of weather kept us moving along, ever southward, passing a number of spots where we typically stop for a night.  After getting diesel in Idaho for $3.25, it was a bit of a shock to see the prices along the southern Oregon coast. 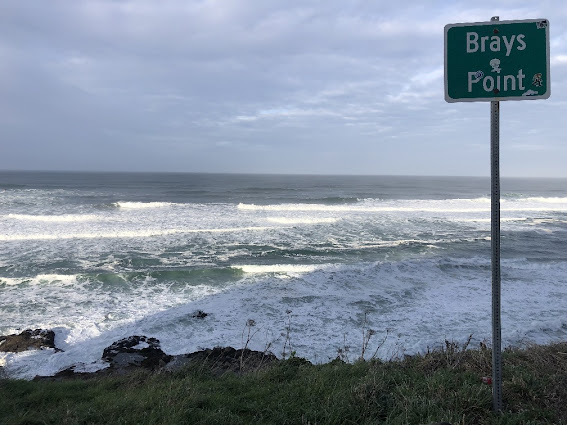 In Brookings, it was $4.99 at the Fred Meyer, and we managed to find the same price in Eureka, Ca.  But we saw some stations along the way showing $5.45!  I guess that's not bad (?) considering my Gas Buddy app shows the diesel price in Bridgeport, Ca at $6.29/gal!  Wow!

Hailey was glad to be away from the snow; free to hunt seals and sea gulls again! 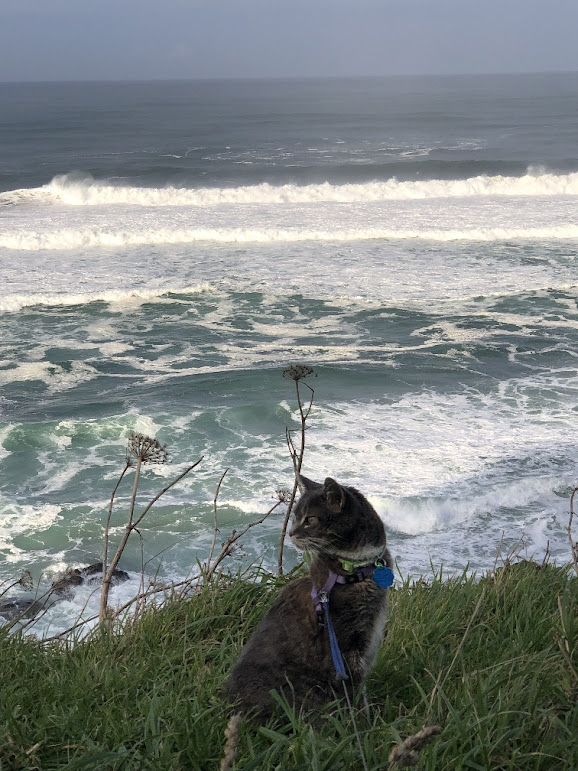 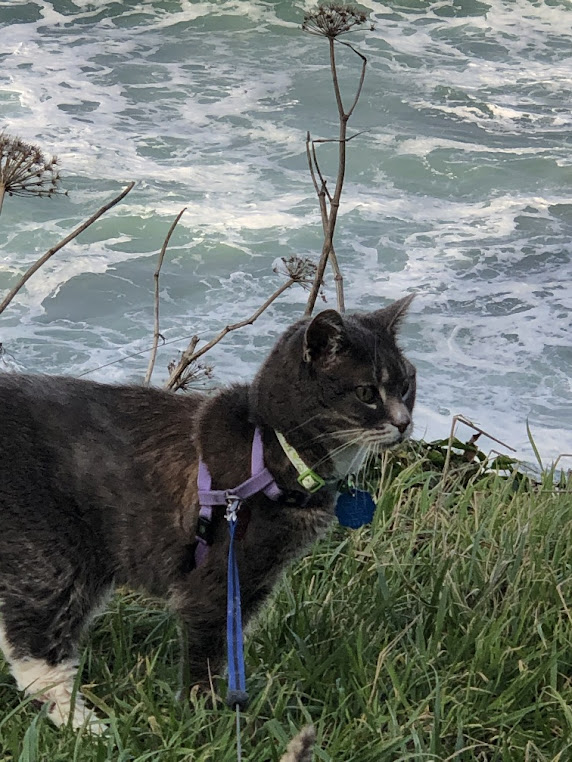 We made it as far as Orick, Ca. that day, and found our 'usual' private, ocean-view spot ready for us.  Too bad the locals (?) seem to like to dump their trash over the bank there ...

Next day was a short drive to the beaches near Fortuna.  The weather was now sunny and warm, with only light winds.  Time to slow down and smell the sea breezes! 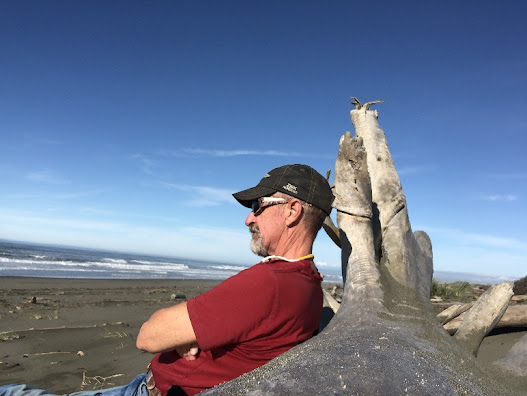 Hailey, of course enjoys the endless sandbox of the dunes and beach areas! 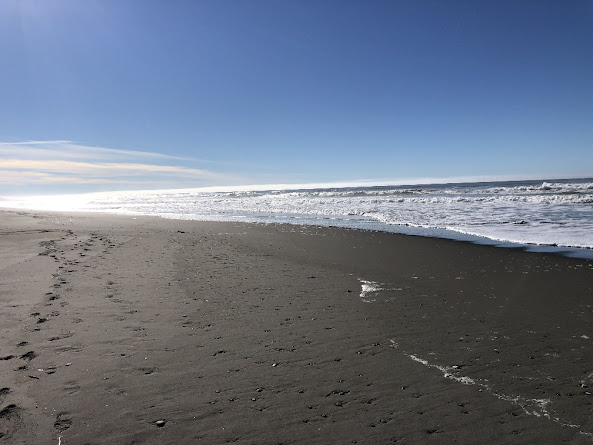 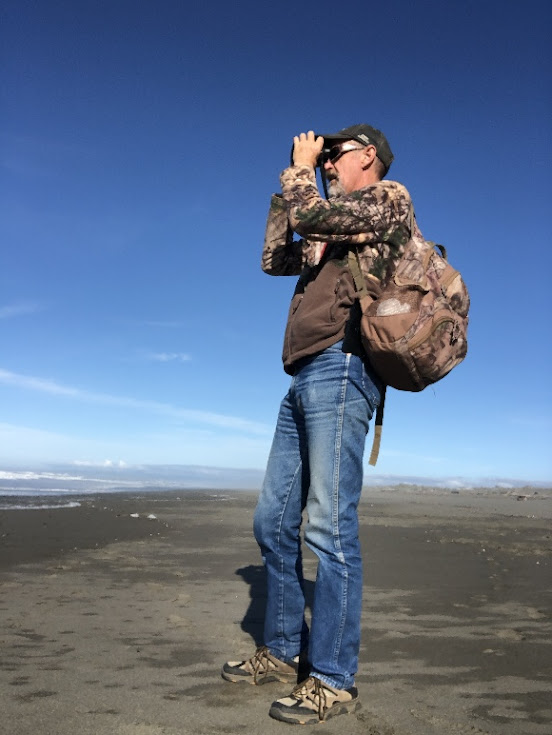 Where to next?  Not sure, but it will be southbound for sure!