California Coast to the Sierras

As we headed southward, we enjoyed a few days just parked on the side of the highway overlooking the ocean along the northern California coast. 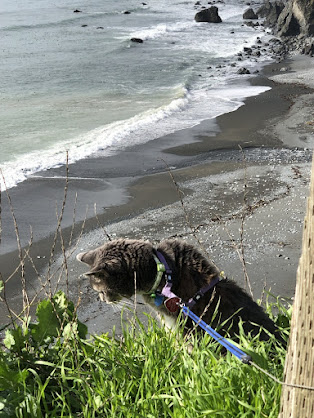 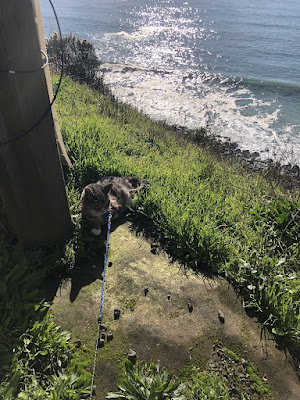 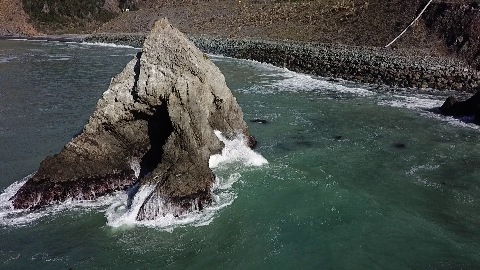 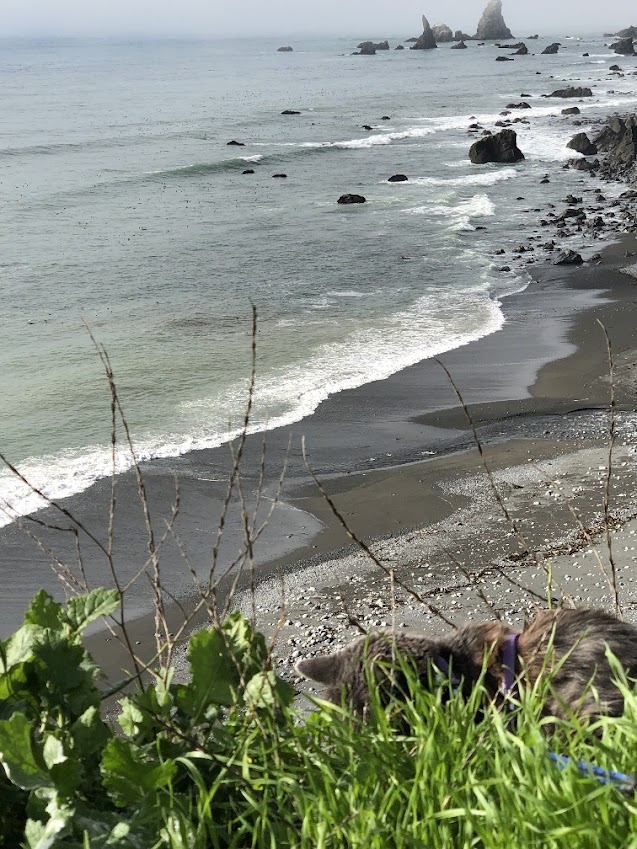 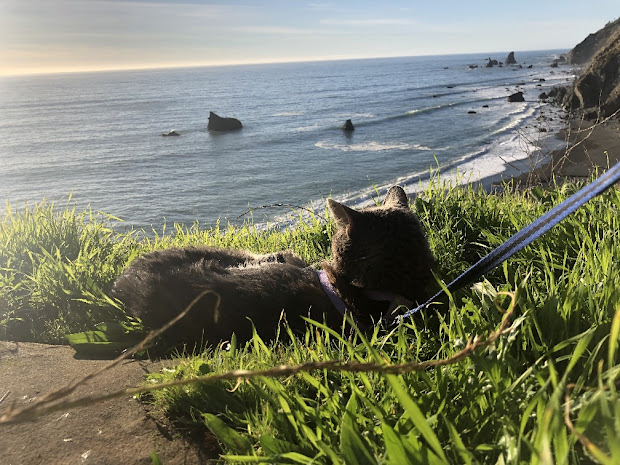 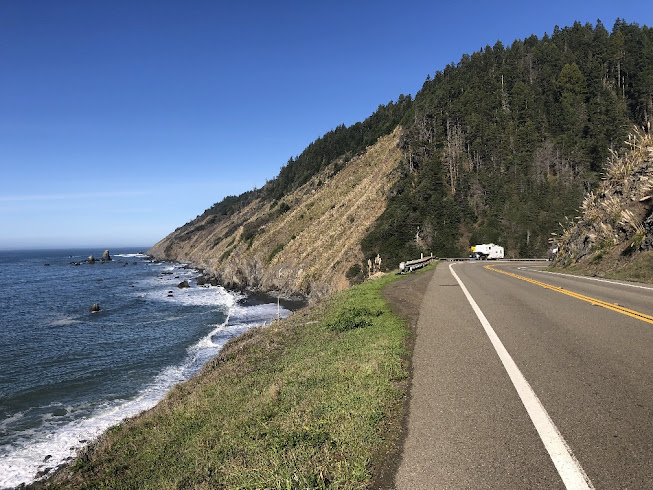 But the weather was starting to get cloudier and cool, so it was time to continue on southward. 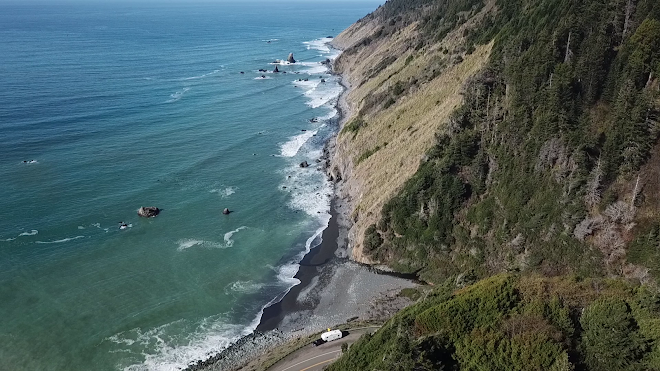 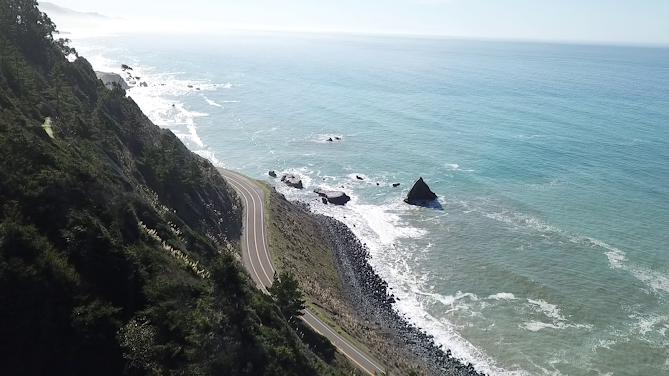 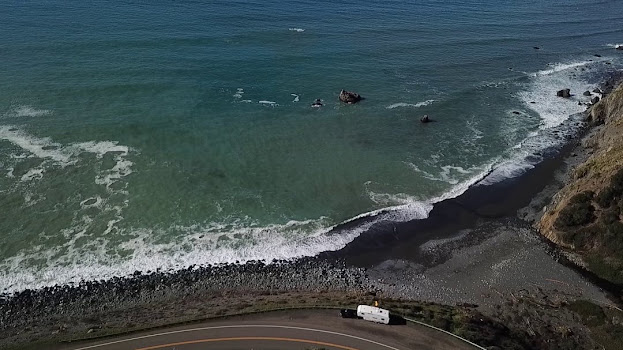 We stopped in Fort Bragg for some fuel, than took the Comptche Ukiah road from Mendocino to Ukiah.  While the road was well paved throughout, and quite an easy drive for the first half, the second part became very winding, and narrow with many switchbacks and steep grades, with few views, so won't be on my itinerary in the future.  From there, it was across the central valley to Williams, then down the I-5 to Sacramento before turning east again along highway 50 leading through the Sierras and Eldorado National Forest.  We were kind of aiming for a little roadside campsite at Sand Flat, where we have over nighted a couple of times in the past.  Unfortunately, a huge wildfire passed through the area in September.  The campground wasn't burned, but it was closed because it was an access point for an obviously massive salvage logging operation.  So we had to continue on in the dark, and eventually just parked in a viewpoint along highway 89, just south of Lake Tahoe. 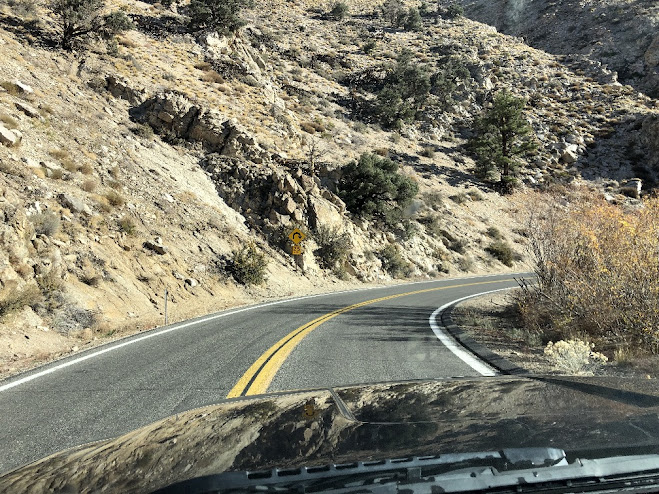 It's a pretty scenic route from that point, with some 8000' passes and very light traffic. 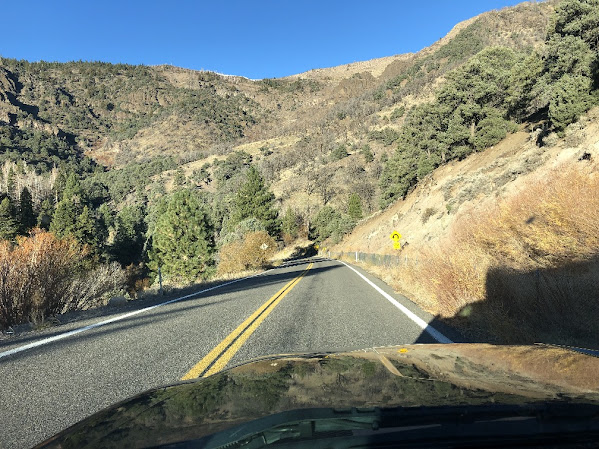 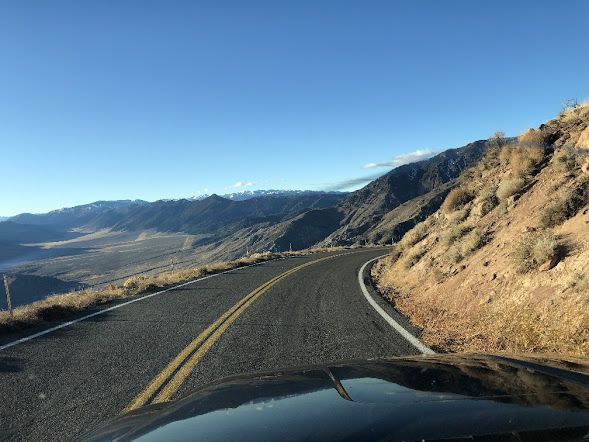 We stopped here for about an hour to have a snack and let Hailey out for a look around.  I think only two vehicles went by during that time! 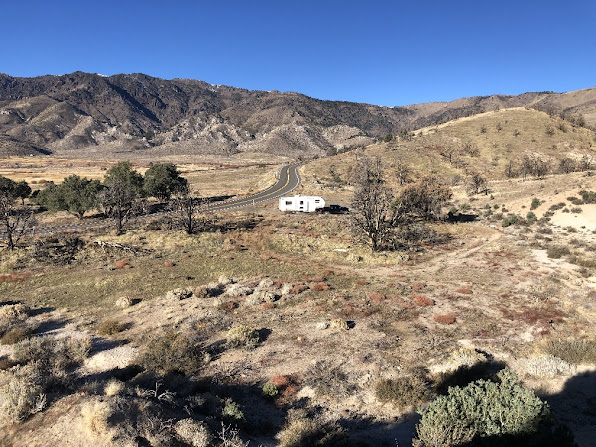 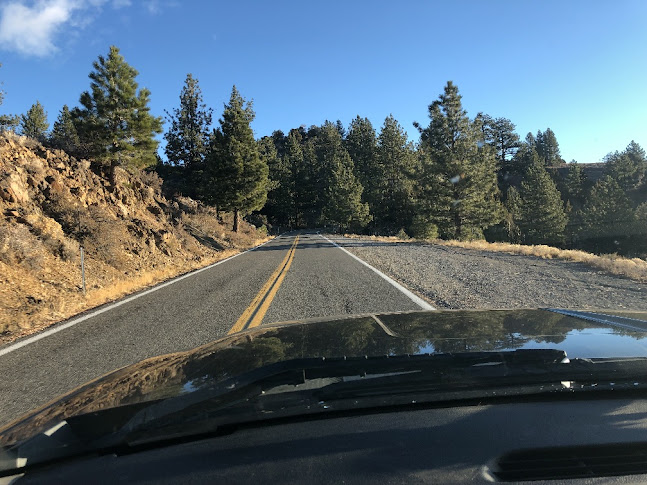 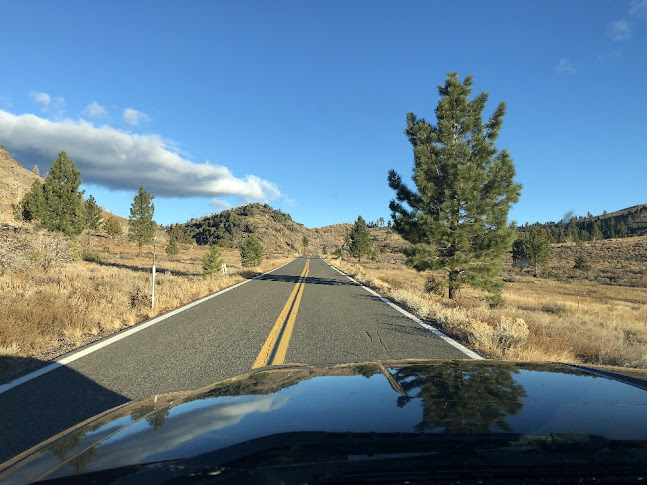 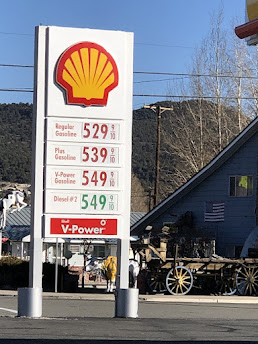 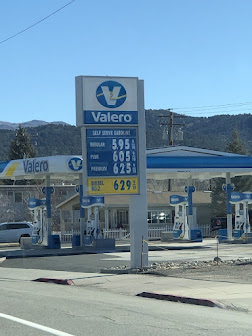 We got our 'usual' BLM camp spot near Travertine hot springs, and spent a few days soaking in the wonderful hot water in a variety of semi-natural pools.  It was the first time this trip to actually un-hook, put out the slides, and really relax. 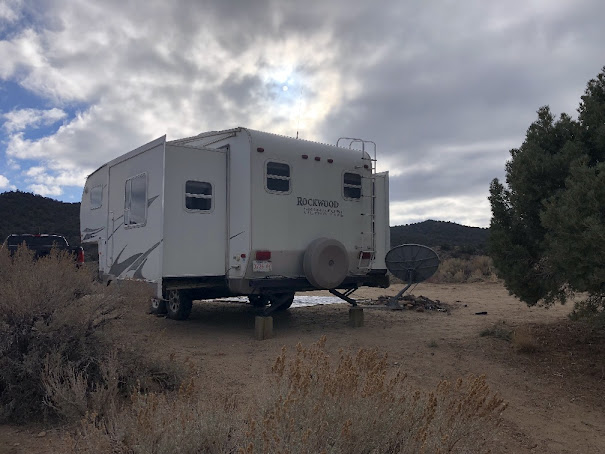 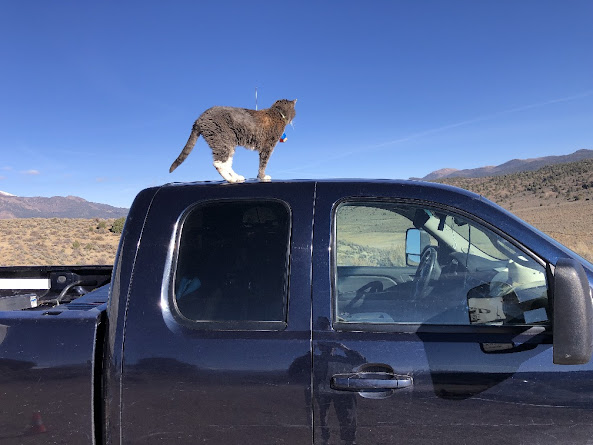 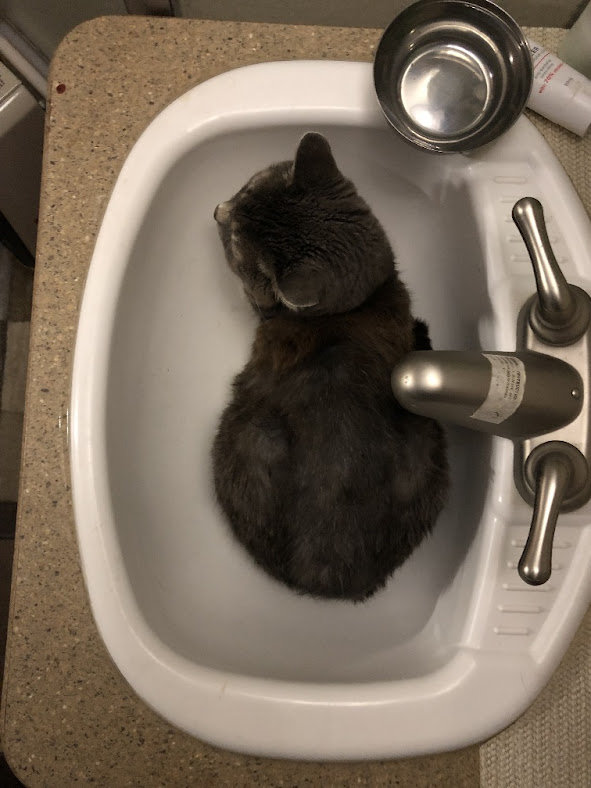 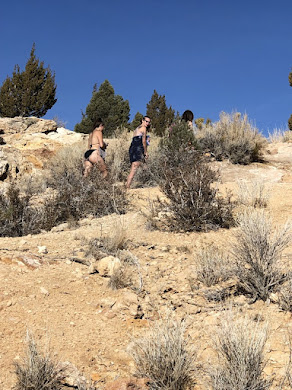 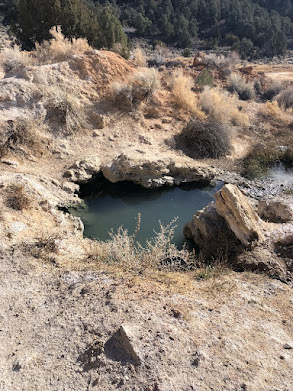 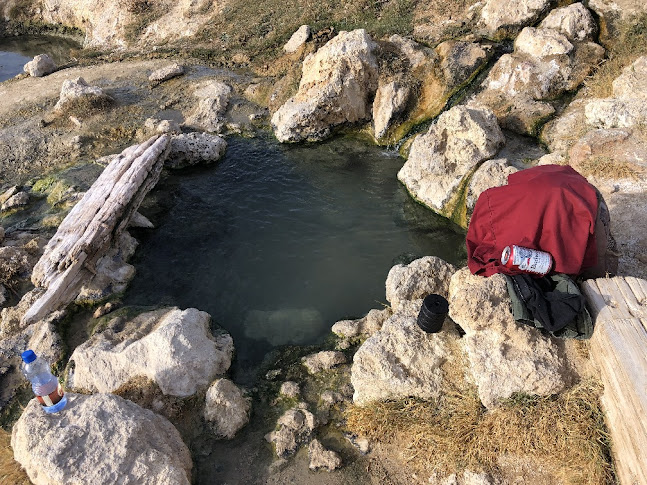 Some nice sunrises from the pools. 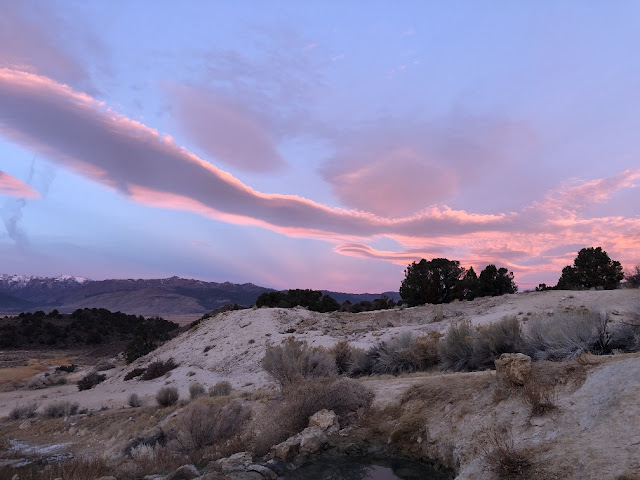 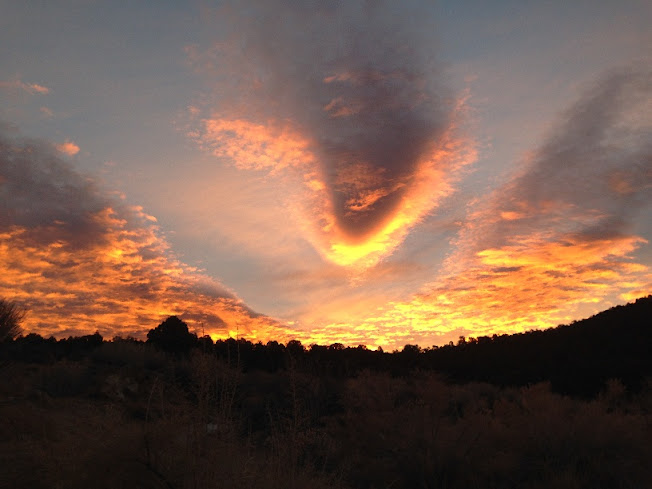