Both the truck camper and the 5th wheel are looking a bit sad this winter.  It is quite depressing get up on the roofs - to shovel off the snow! 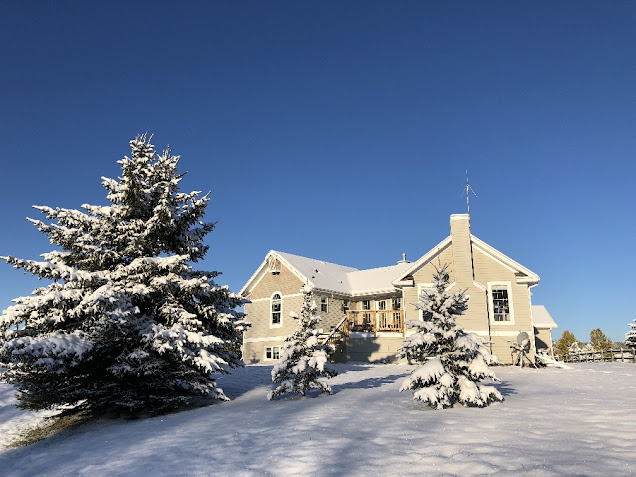 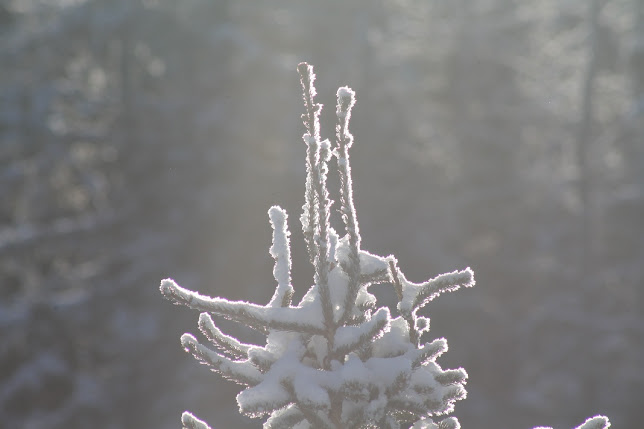 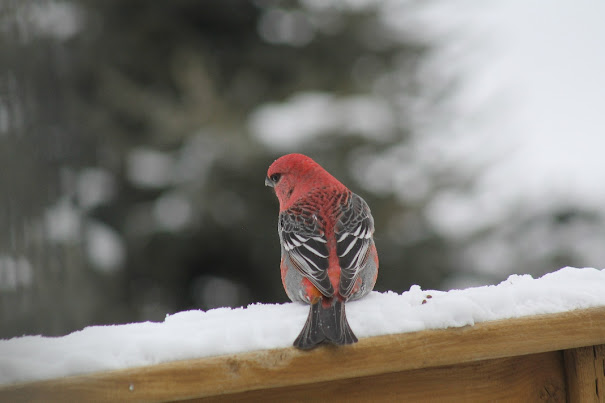 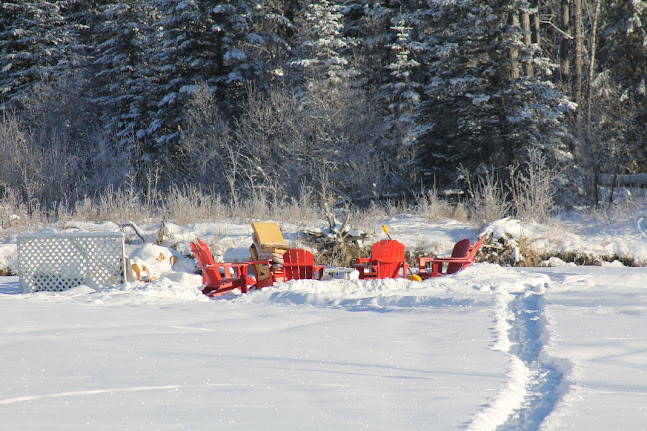 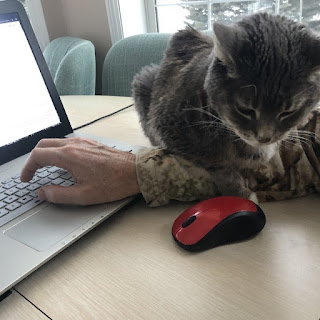 We've been watching the weather and the forecasts, and wondering when this winter is going to break a bit.  Actually, it was not that bad at all - till February.  Then the long cold snap arrived with temps here down to -38C.  That's nippy.  With an unknown amount of snow still on the way, the time finally came to dig the camper out of the snowbank, before the bank was too deep! 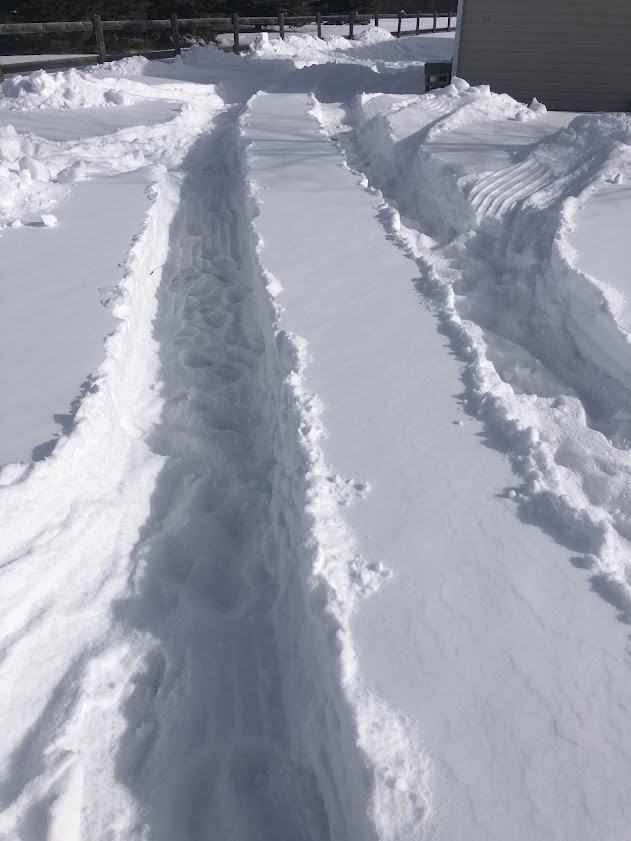 It was easier than I was anticipating.  I thought I might get stuck a few times getting to the camper, but the big GM didn't even slow down. 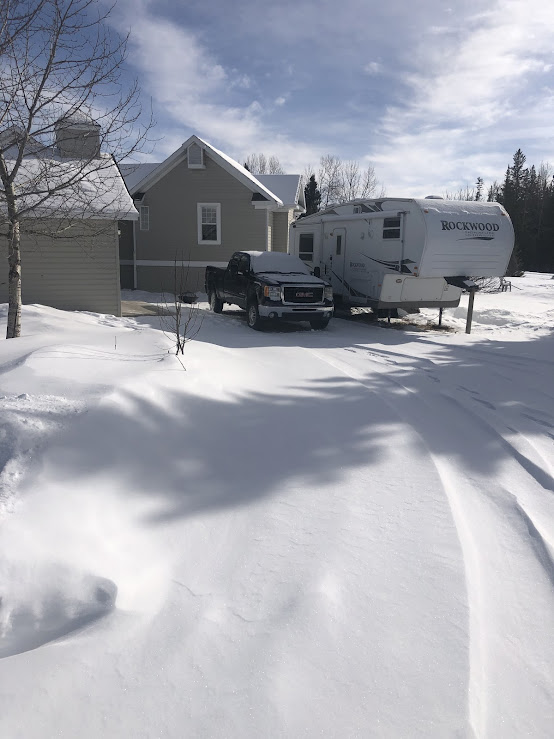 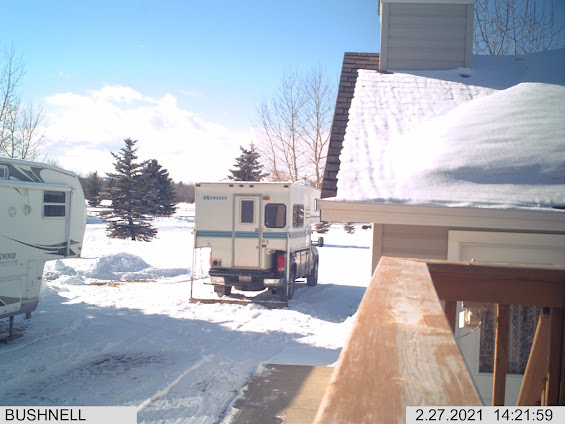 With that taken care of, the next question was where to go, and when.  Nice to see that the fridge, the heater, the furnace started right up.  Just no water allowed yet, as most nights and some days were still well below the freezing mark.
For the first run of 2021 we headed a few hours to the south east, and visited the area around Drumheller.  The sun was out most of the time, but it was still pretty cool, though still nice to be on the road. 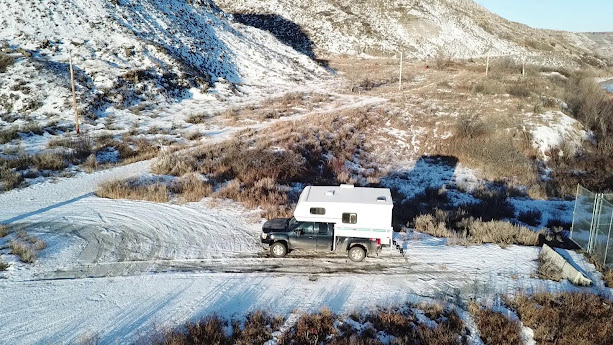 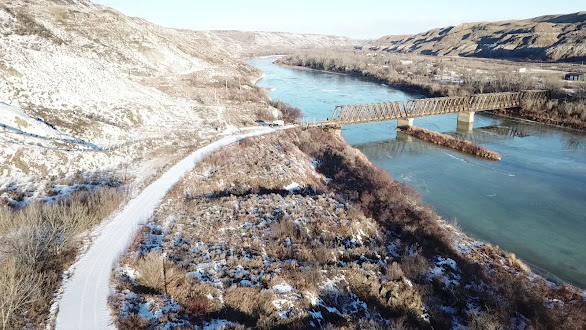 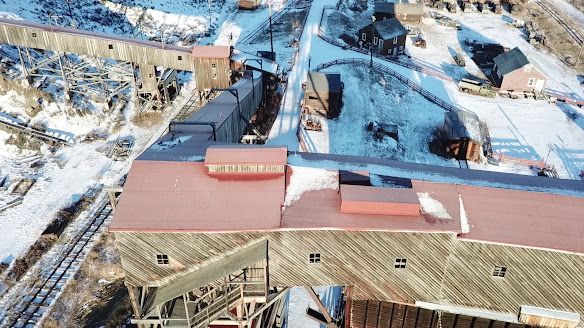 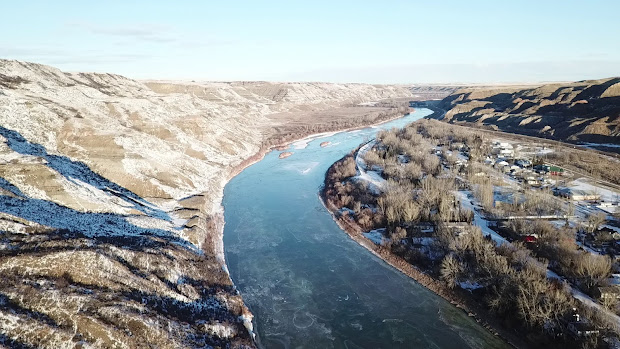 While we were prepared for more than one night, we'd seen about everything we wanted to, and it was still not that enjoyable to be walking around outside - in the cold breezes.  So, after a single night it was back home to come up with a better. longer term plan.
Well it didn't take long to come up with a plan to head to Vancouver Island, where winters aren't that cold and spring seems to arrive there first.  The only problem was waiting till the roads between here and there were going to be in decent conditions to drive.
Both Roger's Pass and the Coquihalla summit had plenty of snow, but the worst conditions we had was wet pavement and a few small sections of slush. 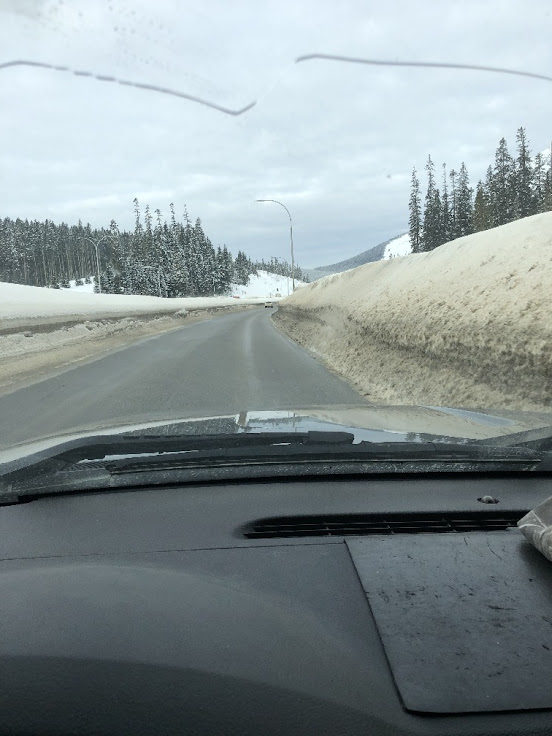 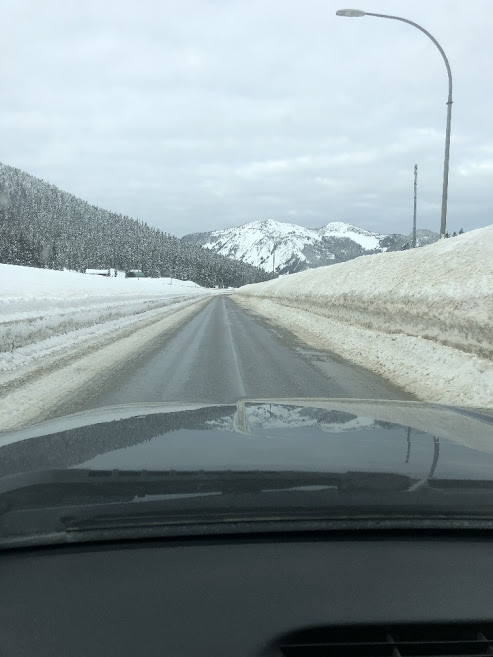 After an overnight spot on a windy, cold lake shore south of Kamloops, the coast was within reach and we were on the ferry to the island! 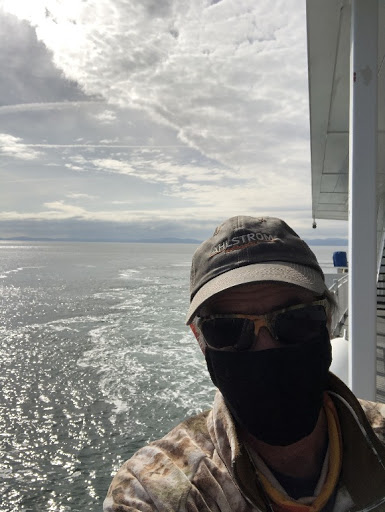 Once on the island, it did not take long to find us a nice, ocean view of the strait of Juan de Fuca, with Washington's Olympic peninsula in the background. 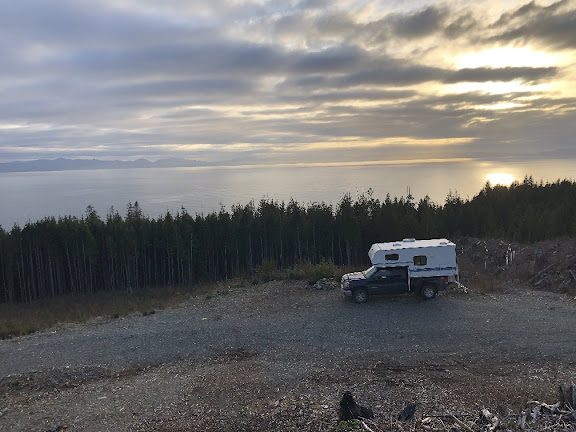 A nice free spot in an old cutover - no traffic, no hassles, and great views of all the shipping traffic to and from Seattle, Wa and Vancouver BC! 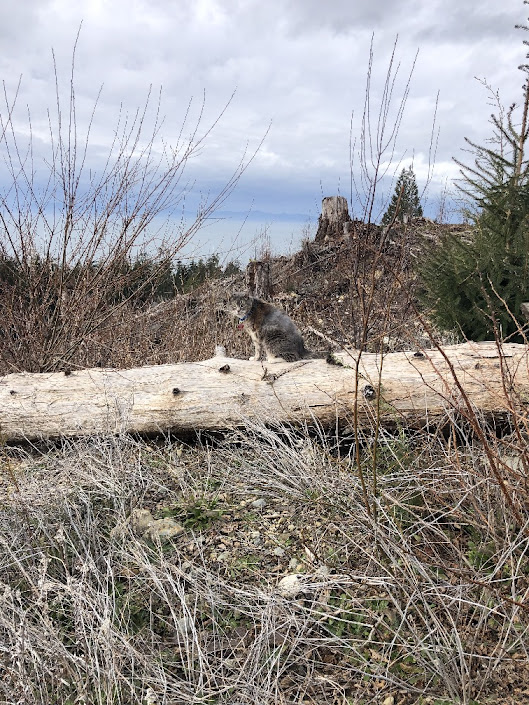 For the first time in months, Hailey was able to get out and do some proper hunting without having to worry about snowmen coming!

It took a couple of days to discover that we were camped right above a nice little isolated beach on the Juan de Fuca Marine trail. 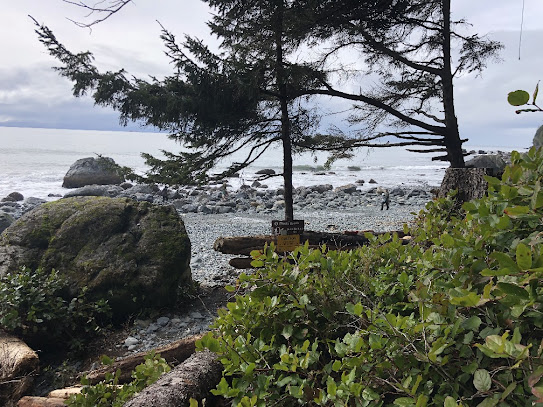 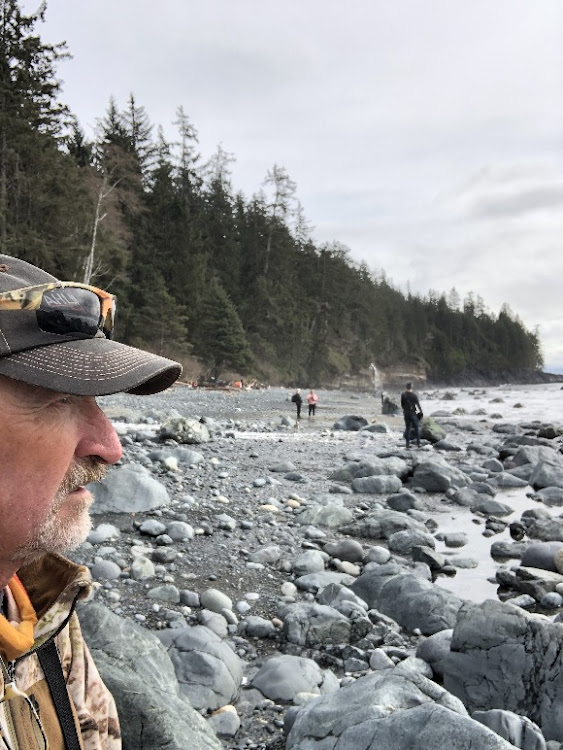 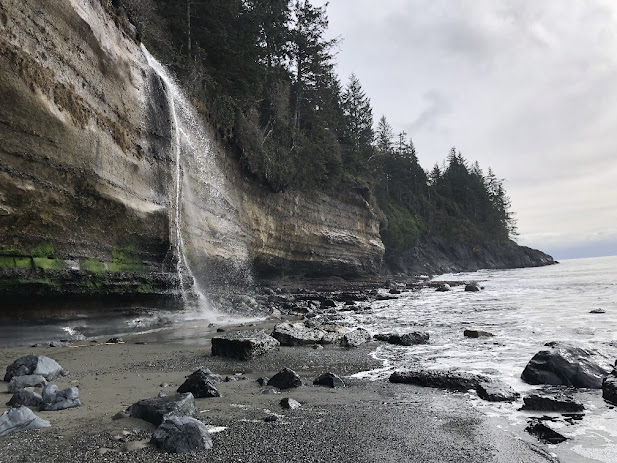 And as for blogging - the area allows me to finally get some use of my US data account with AT&T, that I pay for but haven't really been able to use for almost a year.  It's high speed, and unlimited, so it's lots better than I have at home. 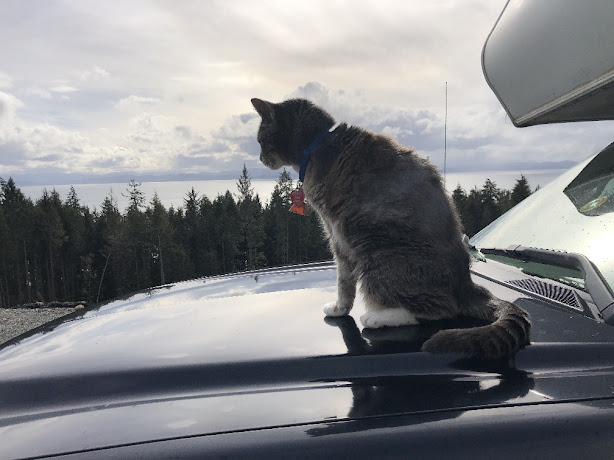 A couple of ships outbound, and with my  ship tracking app, I can find out the name of the ship, it's course, speed, and usually it's destination, and see some close-up photos of the craft. 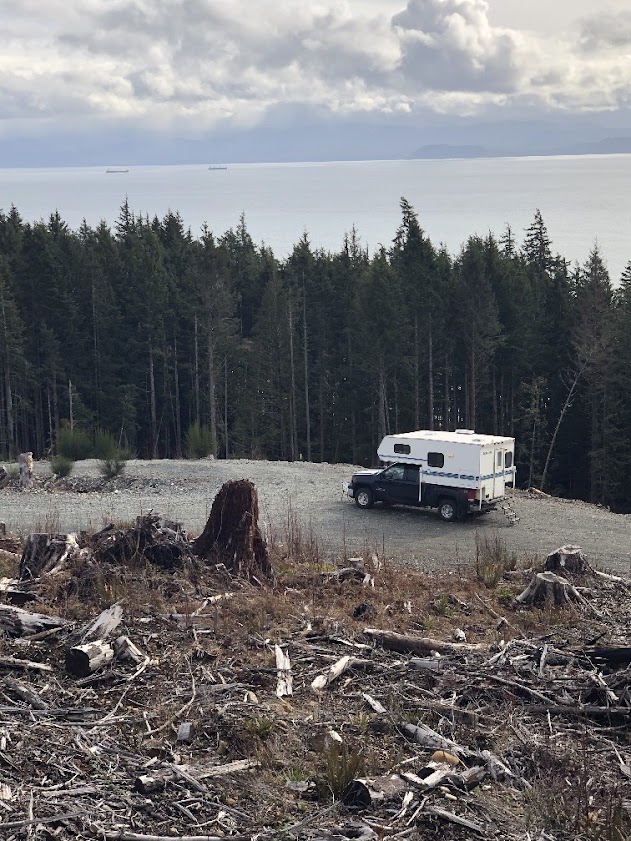