Traveling up Vancouver Island in the spring. 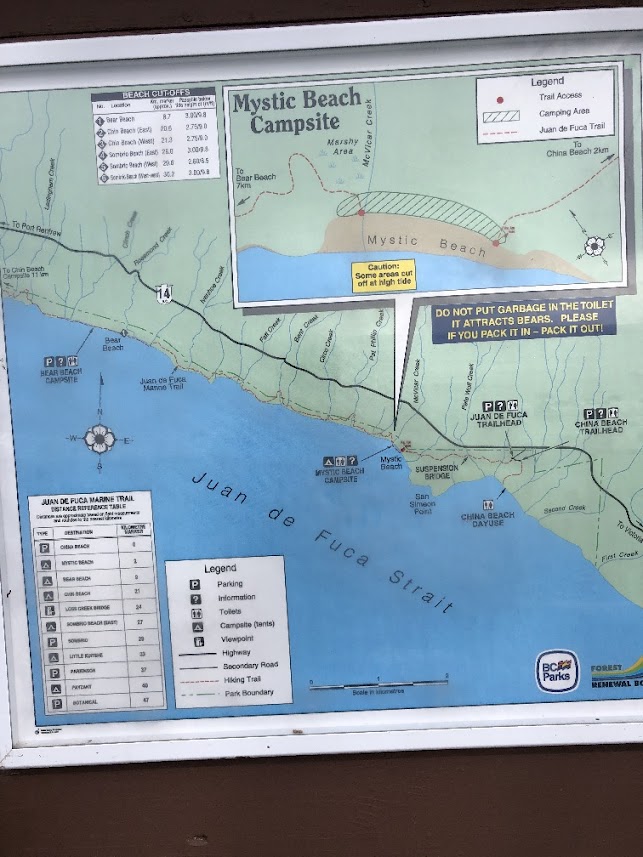 We were camped on the western shore of southern Vancouver Island, enjoying the rocky beach below and keeping track of all the ships going in and out of Vancouver and Seattle ports via the Strait of Juan de Fuca.  We were parked in a 'scenic' clear-cut with a great ocean view because Mystic Beach 'campground' is only accessible from the Juan de Fuca Marine trail, and has about enough space (at high tide) for one medium sized tent.  (Perhaps there were more sites hidden above in the trees?)

Before heading further north, we backtracked into Sooke to re-stock with supplies.  While there, we made a run up to Sooke Potholes Provincial Park to have a look at the river.

Headed up the coast to Port Renfrew.  Masked up and made a brief stop there to check on their Covid protocols.

I thought things were a bit fishy, but the sign hooked me! 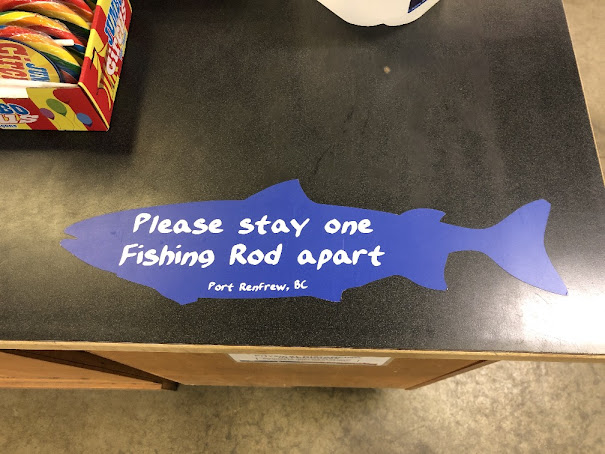 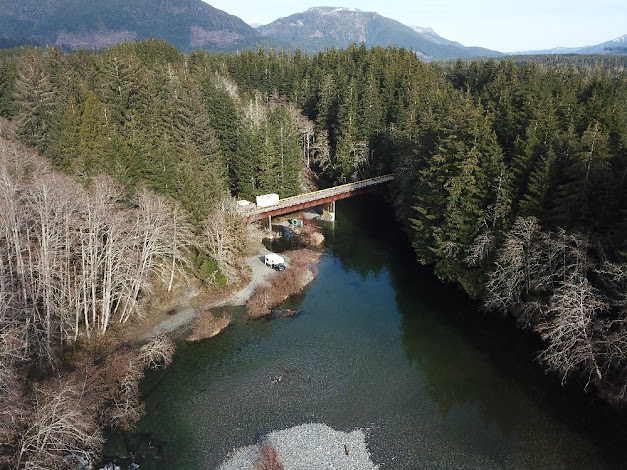 On the drive across the island on this road last summer, I had spotted this camp spot; this time it was unoccupied, so we moved in for the night.  It's right under the bridge, but there is virtually no traffic at night, so that was not an issue. 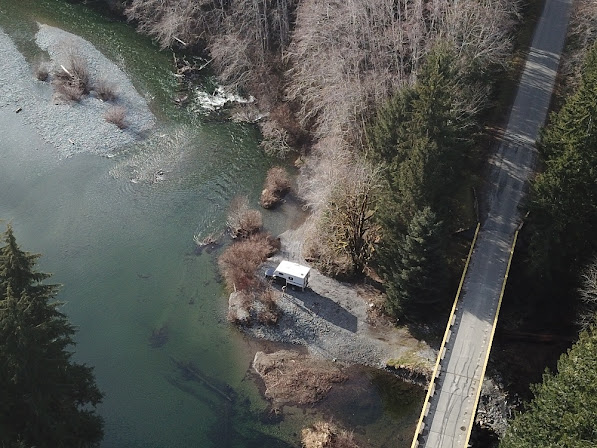 Next day, there was a bit of snow remaining roadside on the 1200' summit on the way to Lake Cowichan, but none at the lower elevations.  We frittered away most of the day getting caught up online etc, so when evening came we were parked right by the small ferry terminal in Crofton, on the east side of the island.  Rain returned, but despite being in town, in it was a quite uneventful night. 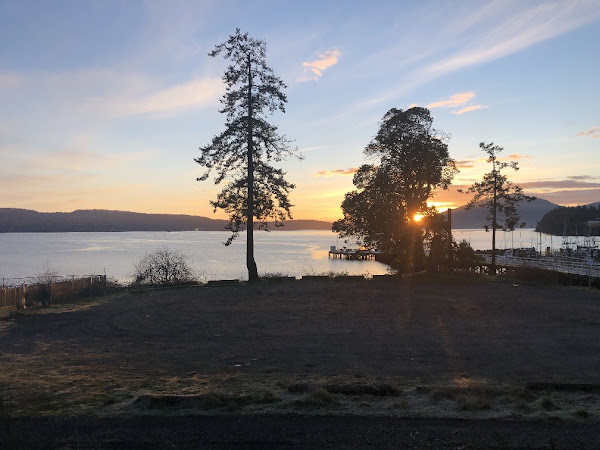 Sun came out in the morning briefly, and we were rewarded with a nice sunrise over the water.

Spent a bit of time walking around the waterfront and marina in Ladysmith.  I did some shopping for a suitable watercraft.  The first one was advertised as needing some TLC and minor fire damage! 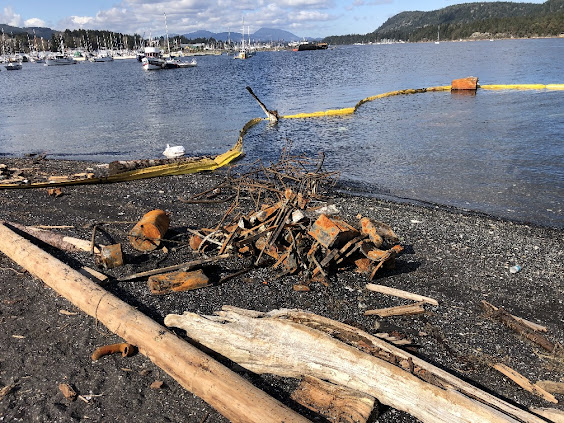 The next one was 'guaranteed not so sink', as long as you kept it on shore, but it was in my price range at least! 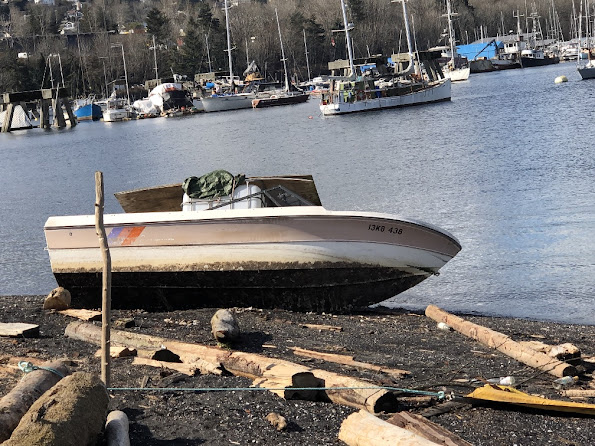 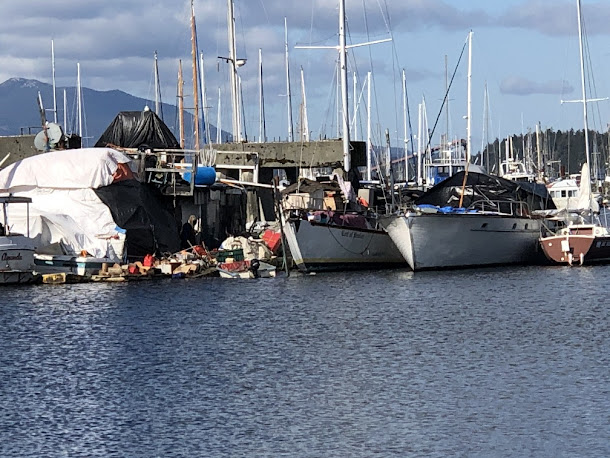 There was even a boathouse I could rent for cheap ;-) 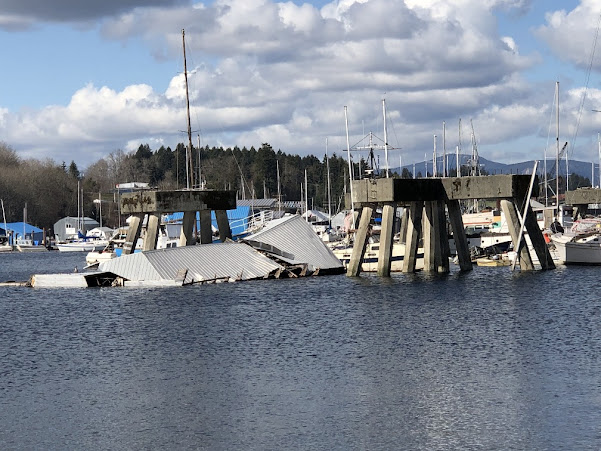 Before I get complaints from the Ladysmith Chamber of Commerce, that appears to be the 'unnoficial', 'discount' area to moor your boat!  Here's what the regular marina looks like. 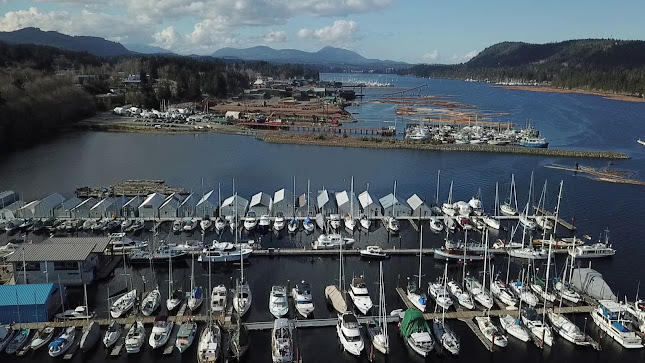 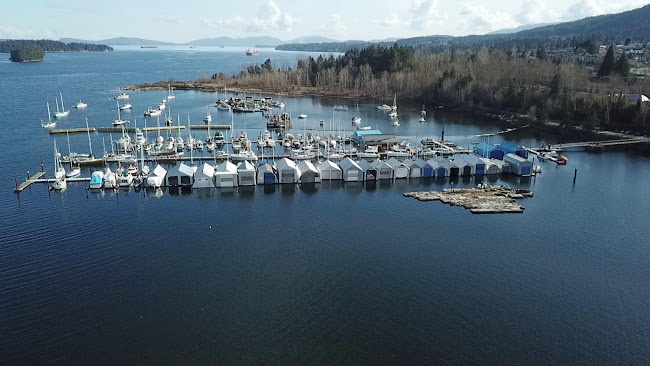 We found a trail later in the day to Cable Bay, that was a nice hike to the shore through big timber.  The parking lot cleared out in the evening, and there were no signs, so ...  Next morning I was surrounded by loggers and logging 'security' guards, crashihg trees, and a working feller-buncher!  They were polite, but I decided to leave, so they could cut the trees I was parked beside.  :-(  Indications are that it is a hot-button issue with the locals there and I can't say I blame them. 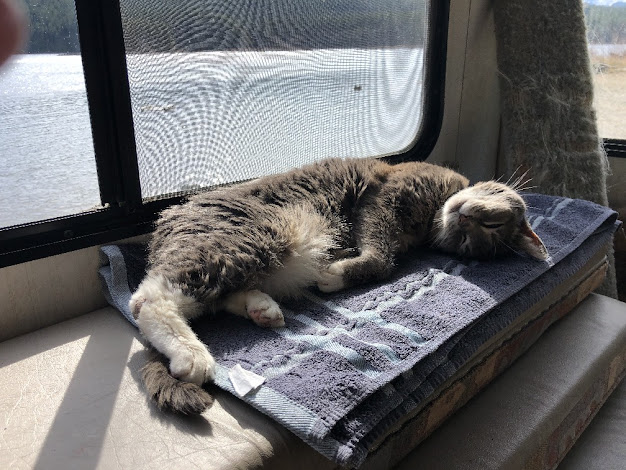 Hailey napped when we stopped at Wheatcroft Park in Nanaimo for a look around.