STILL on the California Coast

It has been a few years now since we have been on the section of California coast up through Santa Cruz, so it was good to see it again.  The tunnels that were under construction last time leading down into Pacifica were now open for business and we got to try them out. 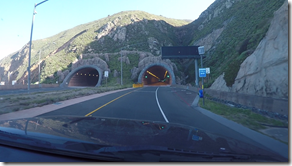 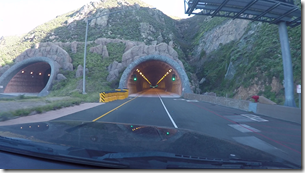 Another tunnel in San Francisco leads to some big ‘ol orange bridge! 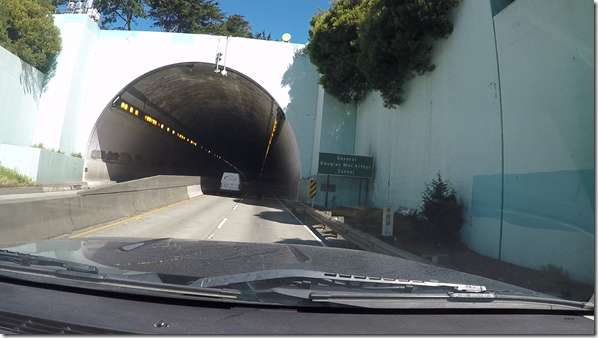 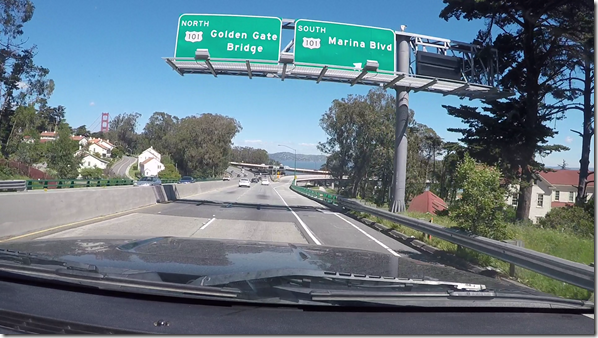 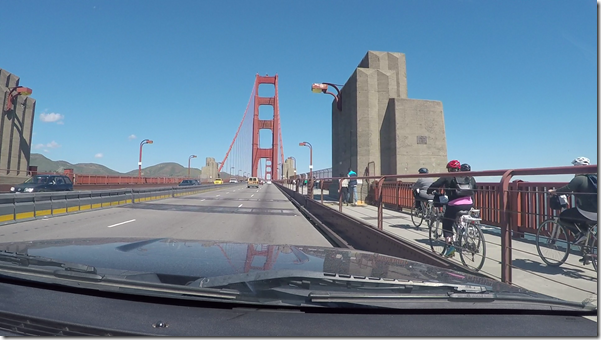 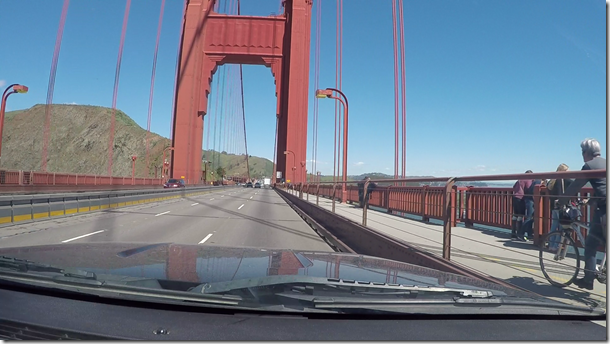 Hailey did not bother to look at the bridge, and I recall the late Harley was none to impressed with it either!  Here he is ignoring it in 2001. 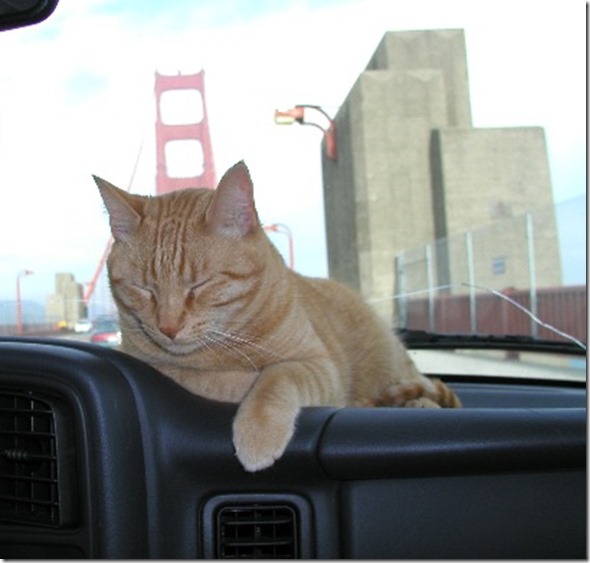 A few more miles north at Santa Rosa, we turned back out to the coast again to travel another section up through Fort Bragg, Westport, etc.  The road is VERY winding in spots, but very scenic as well, and it was no problem with the 5th wheel if you paid attention! 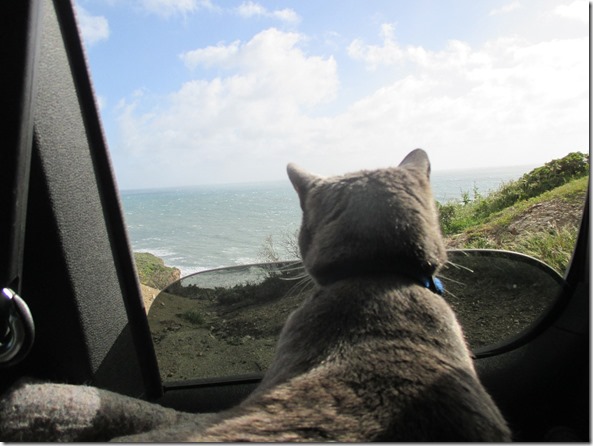 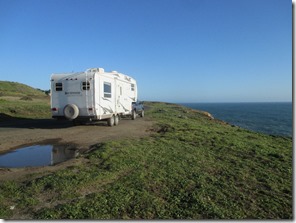 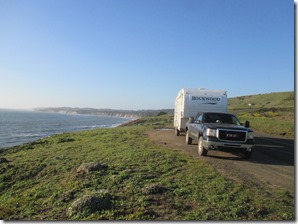 Some of the locals are trying to make a point, but more signage would help! 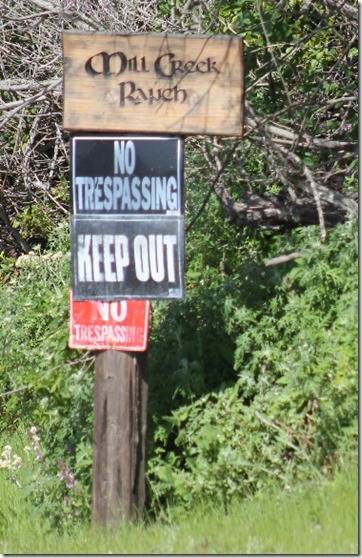 Just before the road departs the coast again north of Westport, it was time to stop for a look around.  Both Hailey and the helicopter wanted to get out and get some exercise, so a nice sunset excursion was in order. 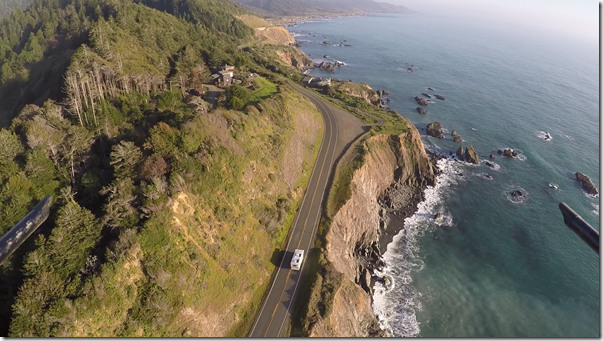 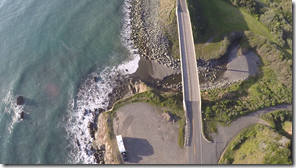 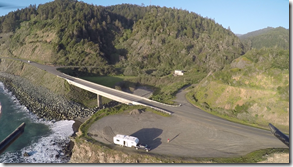 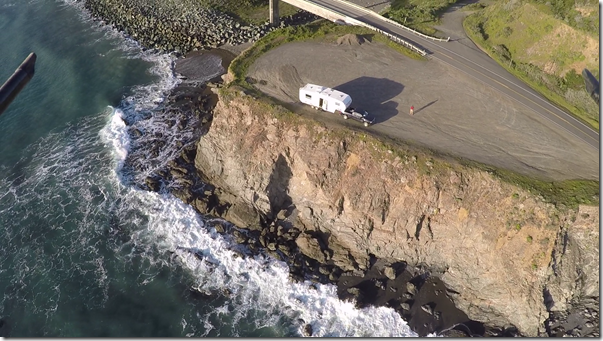 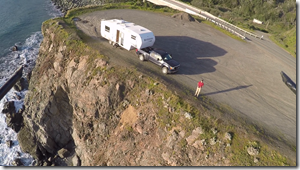 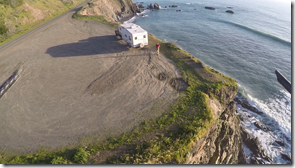 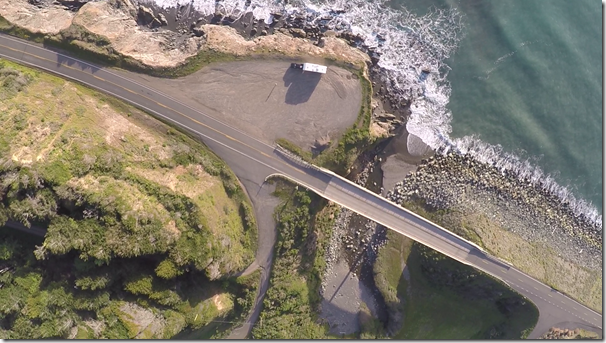 In the morning, the winding road north takes you back out to the 101 at Leggett.
Up around Fortuna, our search for the coast again ended up taking us to the Mike Thompson Wildlife area on the road out to the south spit.  It seems that security is a concern there, as there were an awful lot of cameras watching the gate.  Perhaps contraband is known to come ashore there?  It reminded me of the gate at Padre Island National seashore down in Texas. 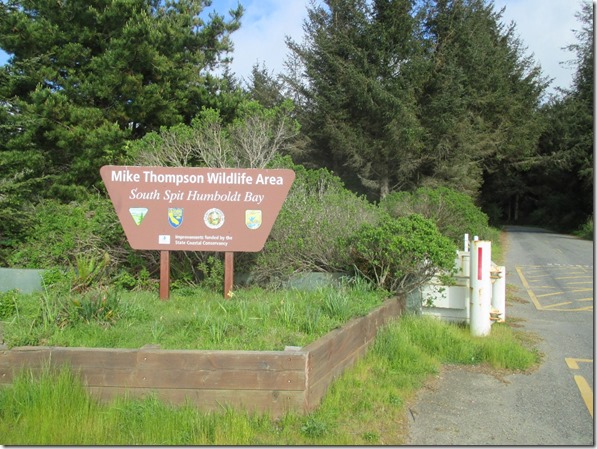 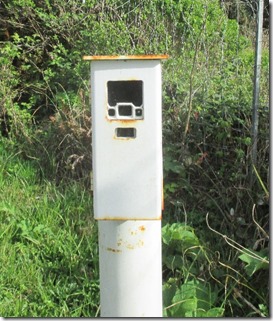 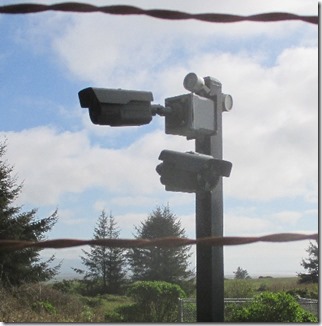 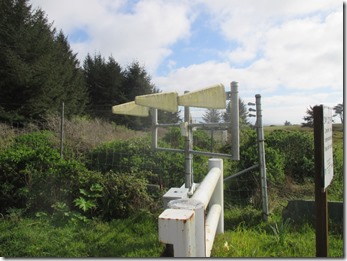 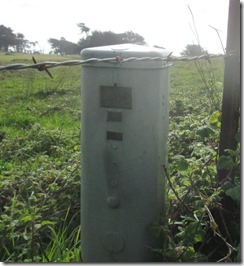 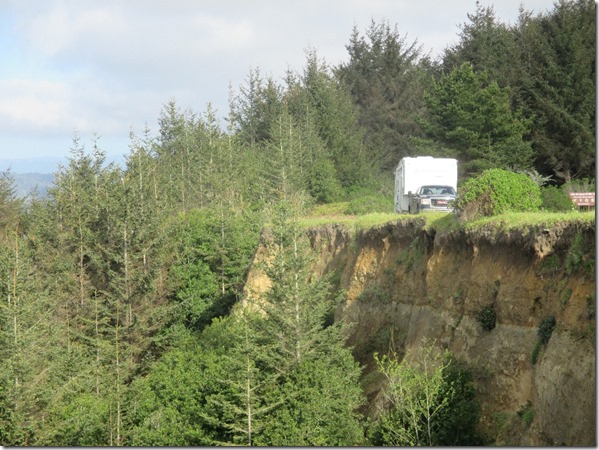 As per usual, Blogger refuses to update my blog on other blogs' sidebars.  Trying an additional 'edit' using Blogger to hopefully get it's attention.
at 1:54 pm