We'd spent 10 days near Quartzsite, which included a lot of wind, and even some rain one night - So, it was time to move along. After discussing it with Hailey it was decided to head for Ajo, or Why.  We packed up, and caught the I-10, but not before topping up the propane supply in Quartzsite. 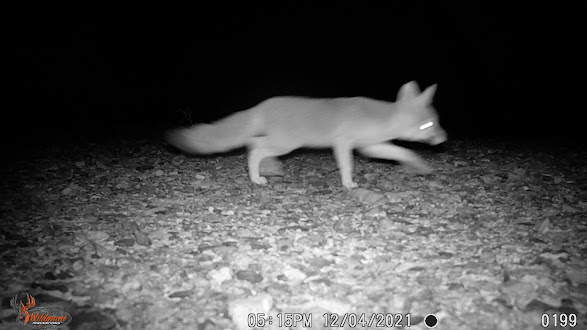 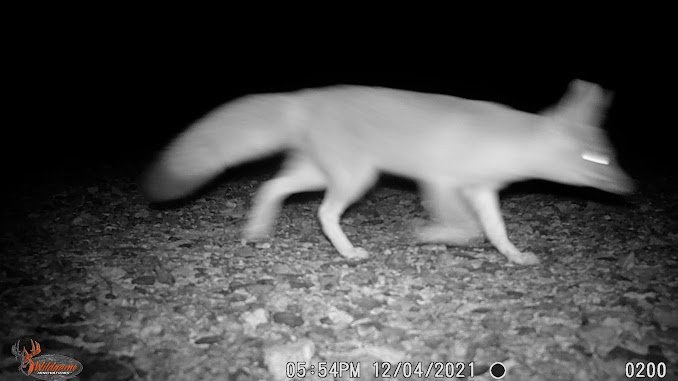 Needing some groceries, we detoured through Buckeye, then headed south to Gila Bend.  I planned to go out to the east end of town and top off the water, and maybe a dump at the Shell station there.  But much to my chagrin, that station, the dump site, and the RV park to the rear were all gone - replaced by a brand new Pilot Truck Stop, with a $10 dump station off to the side.  Not sure if there was water or not, but luckily I didn't drain my fresh water, and didn't really need a dump.

From there, we headed south down to Ajo.  We debated heading out on Darby Well road, but decided against it, as it is often very dusty and washboard, and I suspected that many of the good sites would be taken.  So, we continued on south to Why, and Gunsight Wash, arriving just as the sun was about to set.  There were only about15 rigs in the area, but someone was in our preferred spot off to the south, so we just parked for the night along the wash without unhooking or setting up, as there was a cold wind blowing.

Luckily, as I reconnoitered the area on the bike in the morning, 'my' site became vacant and we moved in fast! 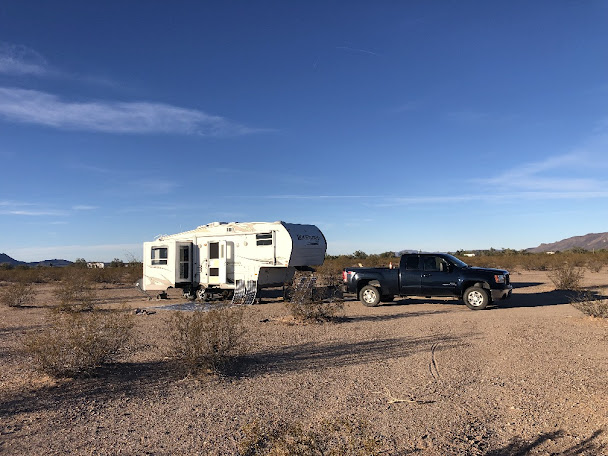 I was envious of all the solar on this rig parked nearby! 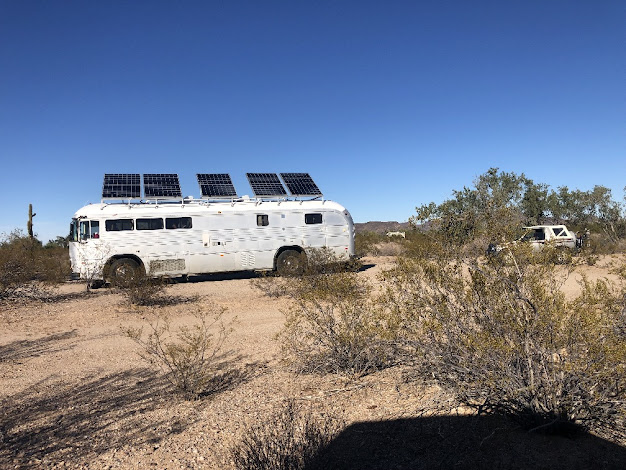 We settled in to enjoy the sun. 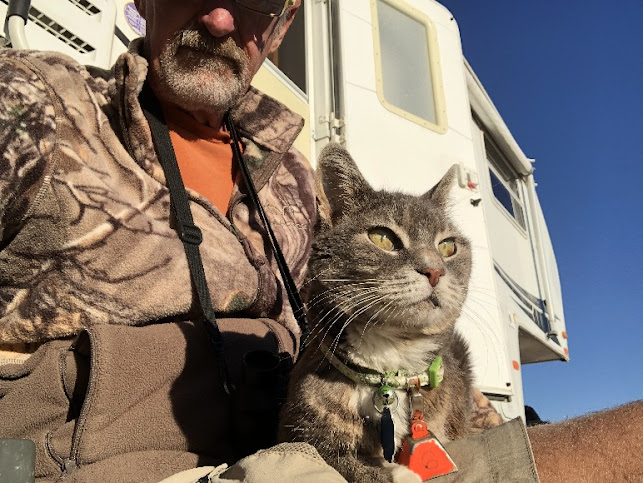 I think you could say that we both enjoyed the warmth and sunshine! 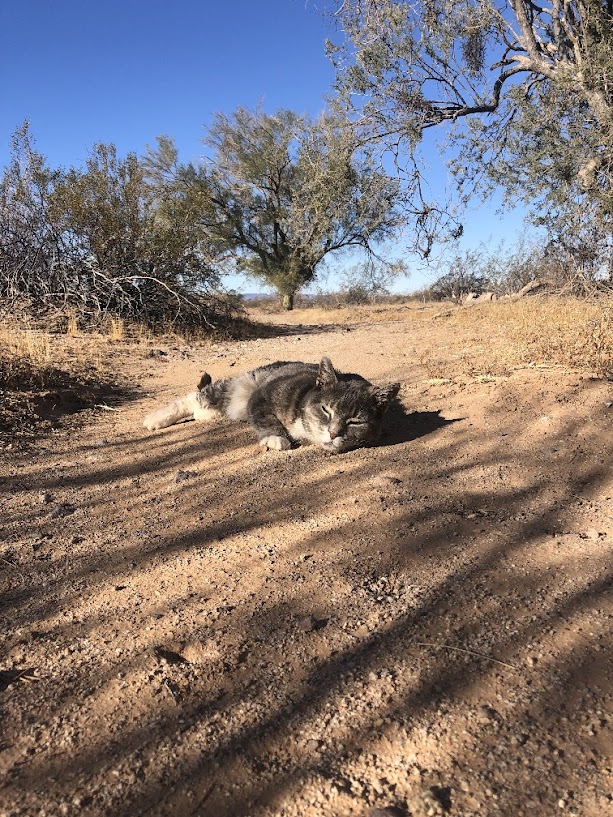 Put the bike to some good use and did a nice long desert circuit despite some loose sand. 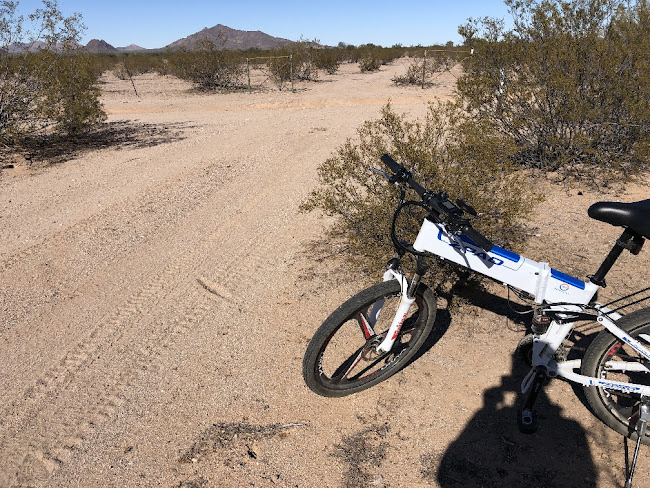 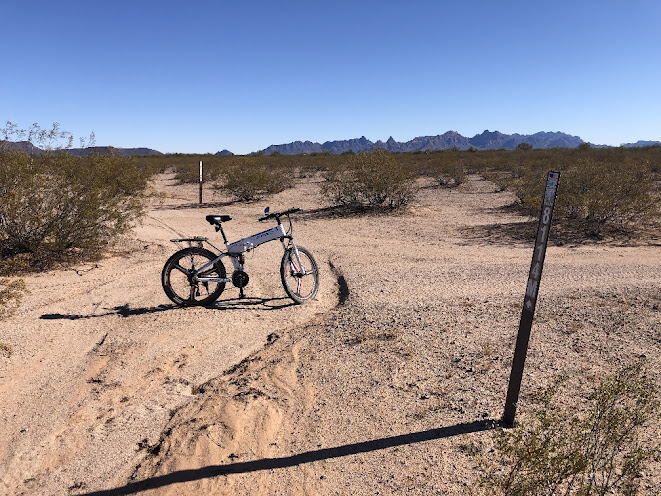 Found this grave in the desert.  It doesn't look really old, but I couldn't read the inscription on the cross. 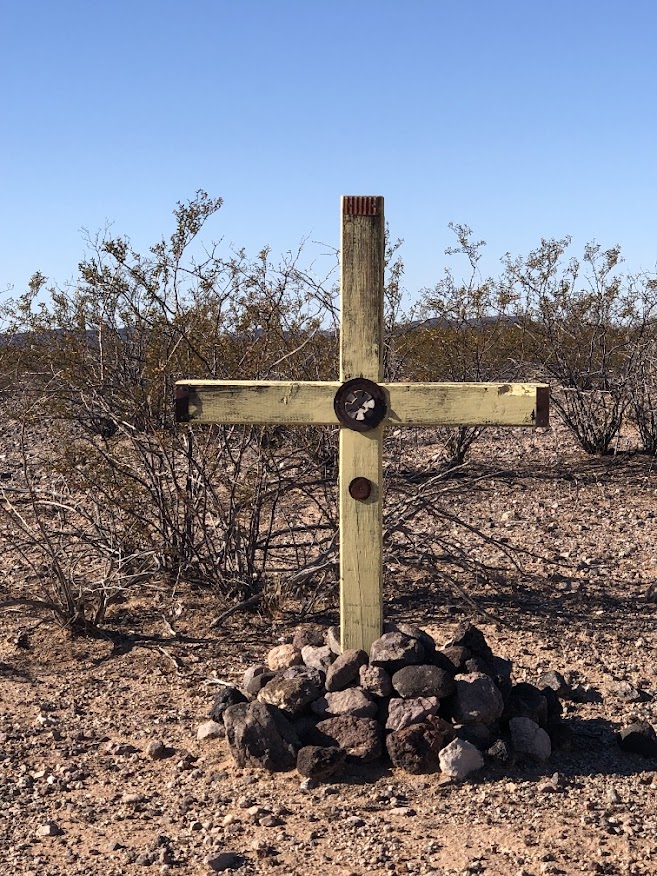 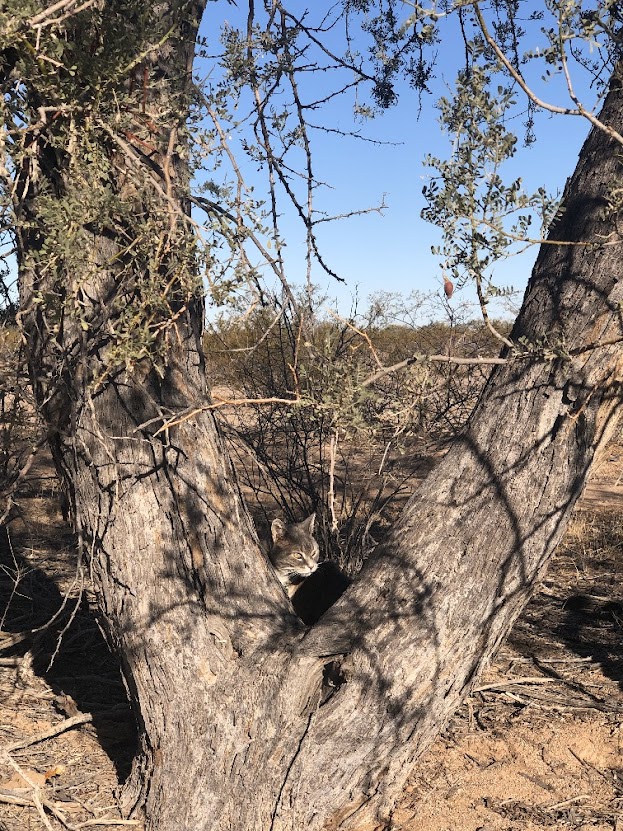 Took a tour down into Organ Pipe Cactus National Monument one day.  Really beautiful desert down there along the border. 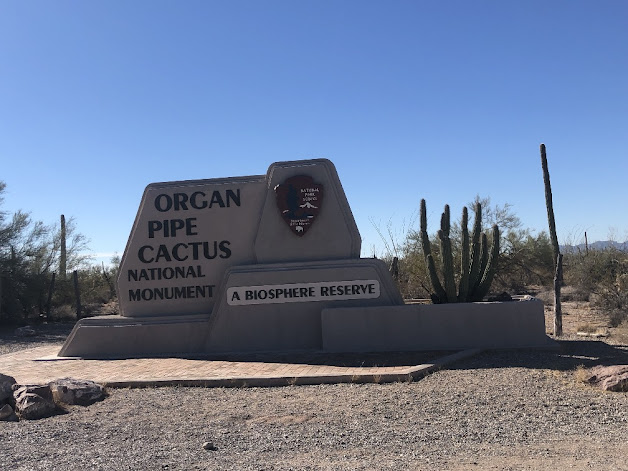 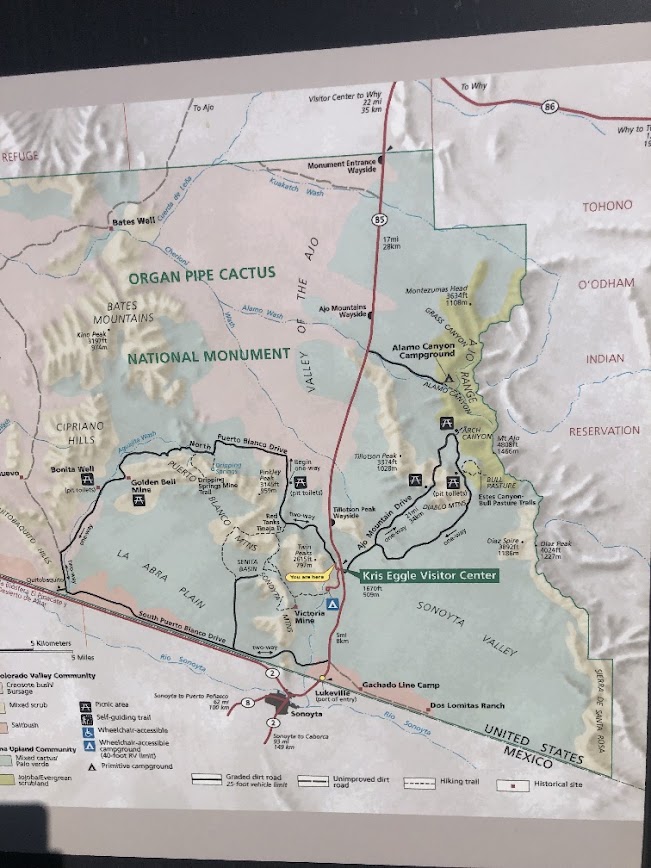 Debated going on one of the 20 mile scenic loops in the park, but the thought of all that washboard and dust and loose sand changed our mind.  Instead we just took the short spur road out to Alamo Canyon.
Lots and lots of Saguaros, and of course Organ Pipe cactus. 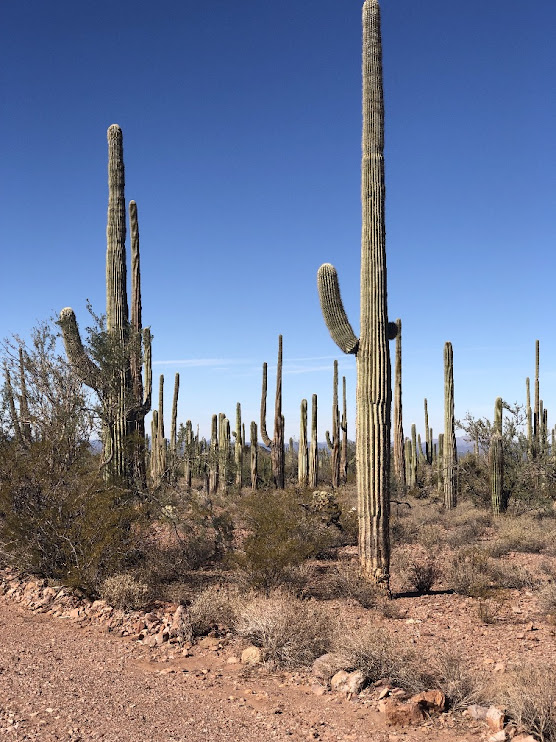 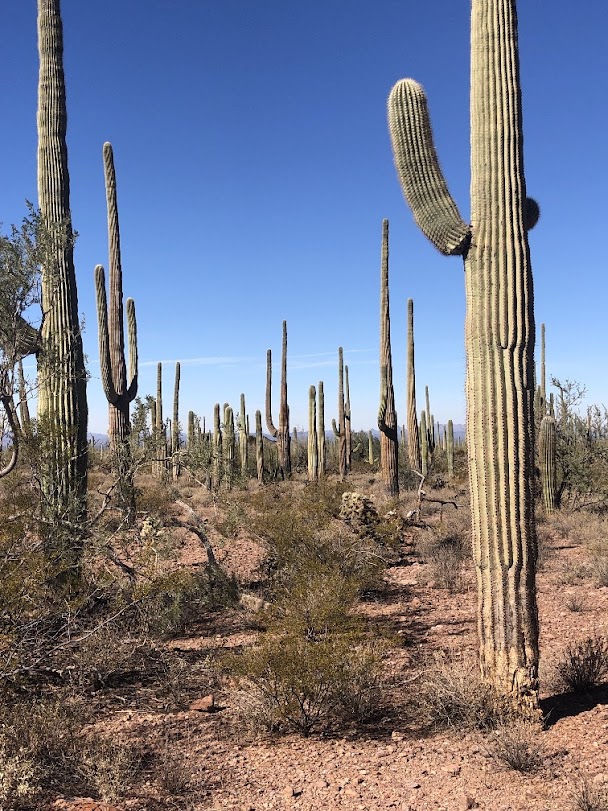 The Border Patrol check point on the highway was not in operation. 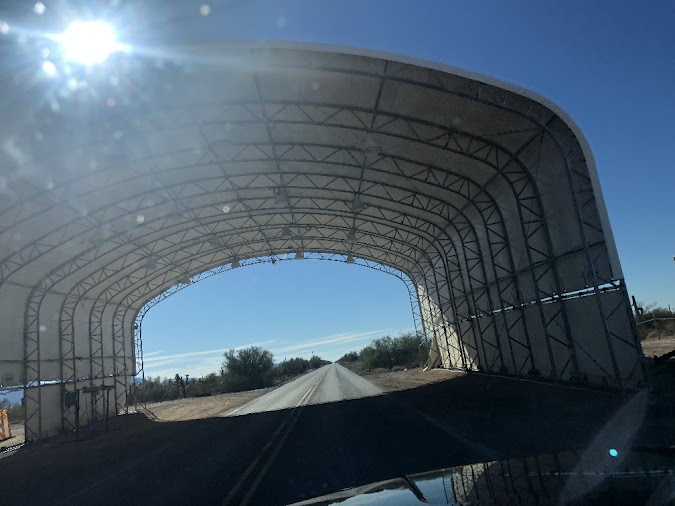 One of the Border Patrol's rescue beacons was parked along the Alamo Canyon road.  Anyone in need of a rescue can push a button on one of these beacons to summon assistance . 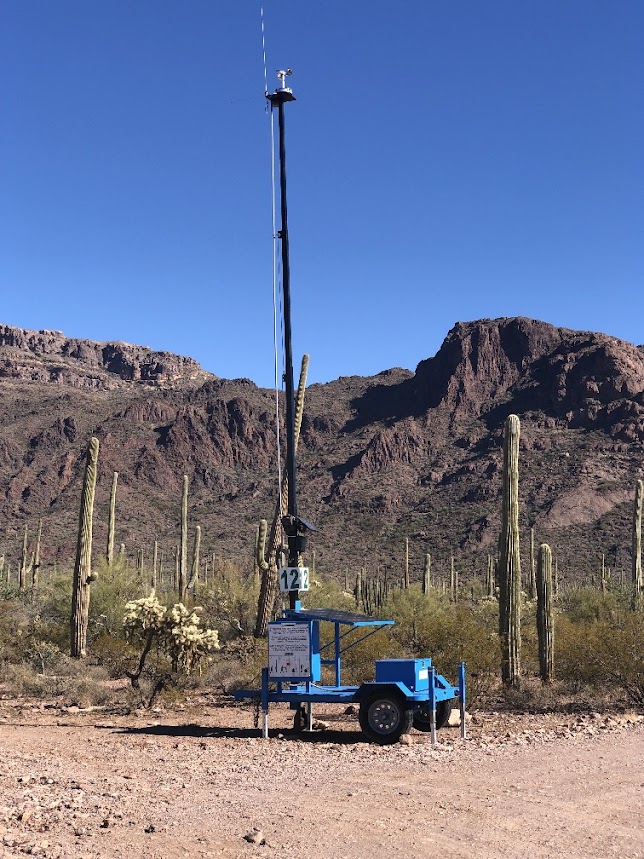 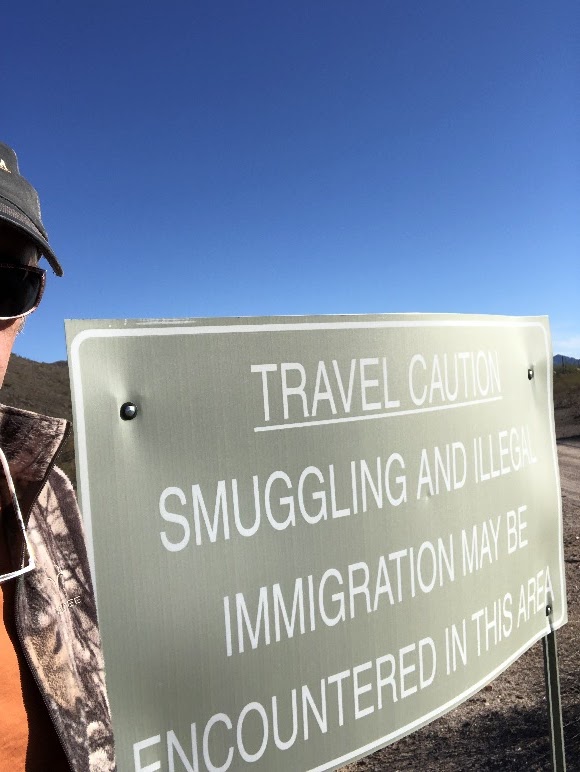 There were a few of A-10 Warthogs training in the area as usual, but there were only a couple of low passes that we saw. 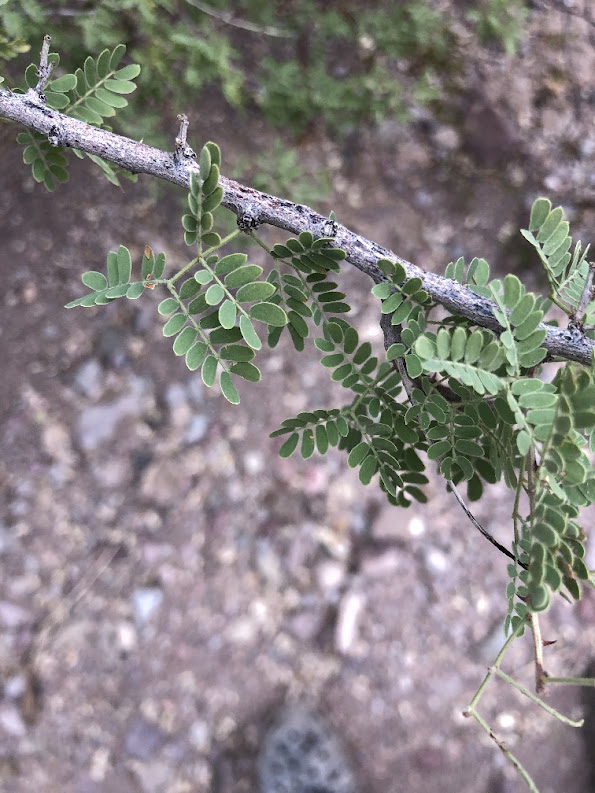 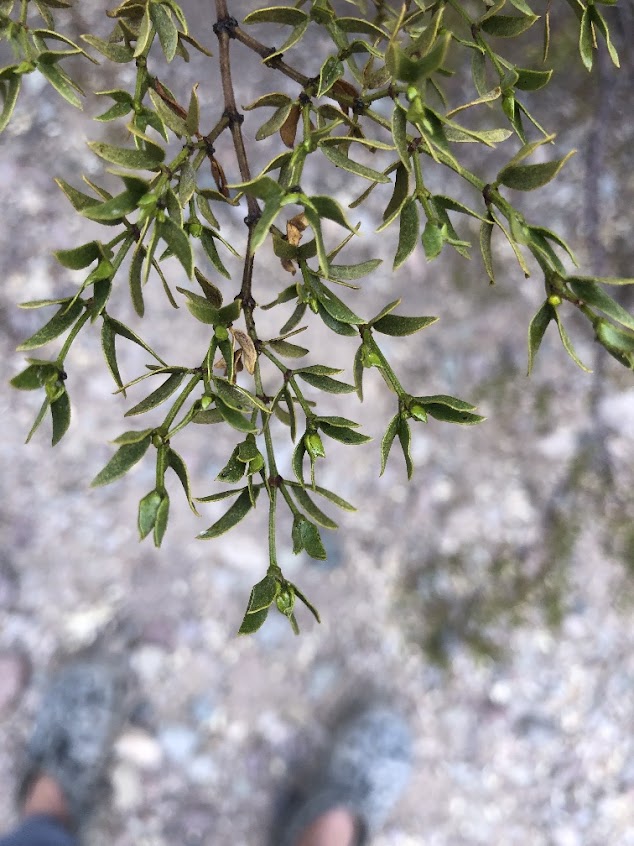 Where are we off to next?