After a great visit with friends on PEI, and a visit to the Temple of Tom (my name), at Skinners Pond, the home of Stompin Tom Connors, we headed off island.  If you read my blog comments from the last post, you would see that one of the readers actually picked up Tom and his guitar while he was hitchhiking in Ontario around 1959, still far from the fame of his future!

We headed up the east coast of New Brunswick, going through such places as Shediac, Bouctouche, Richibucto, and Kouchibouguac!  The bridge at Miramichi was a high one. 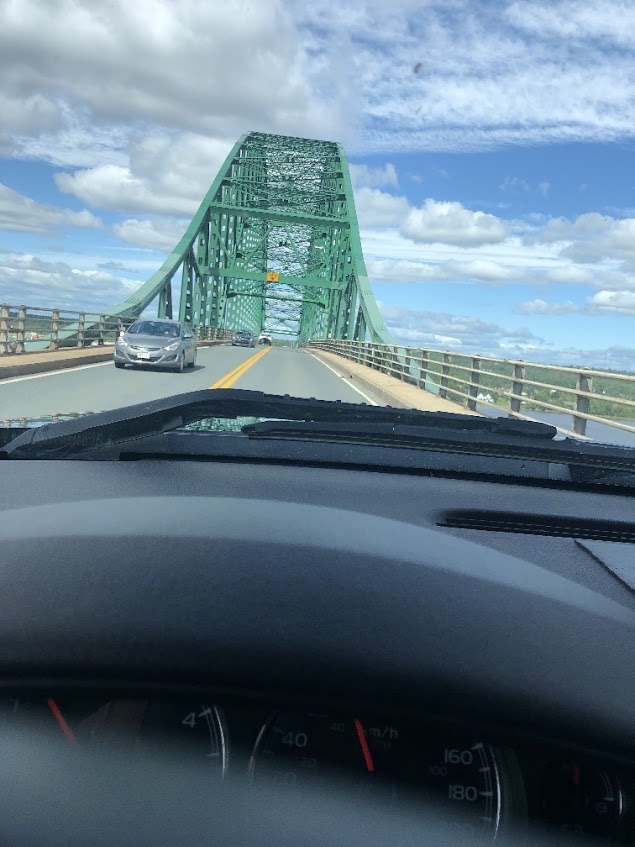 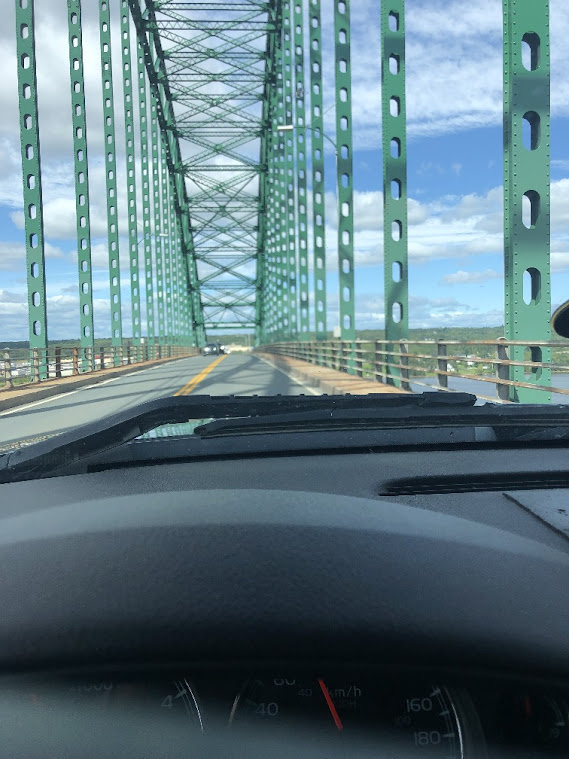 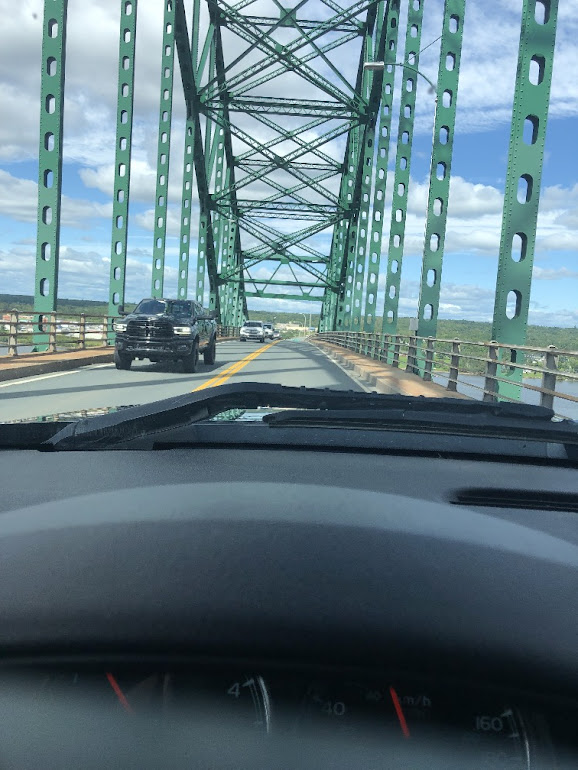 Many areas of the maritimes they have some sort of box at the end of their driveways to hold the garbage for pickup.  Some of them are quite fancy, and this design seems to be very popular for some reason.  Other versions incorporate old tanks, barrels and a variety of wooden types. 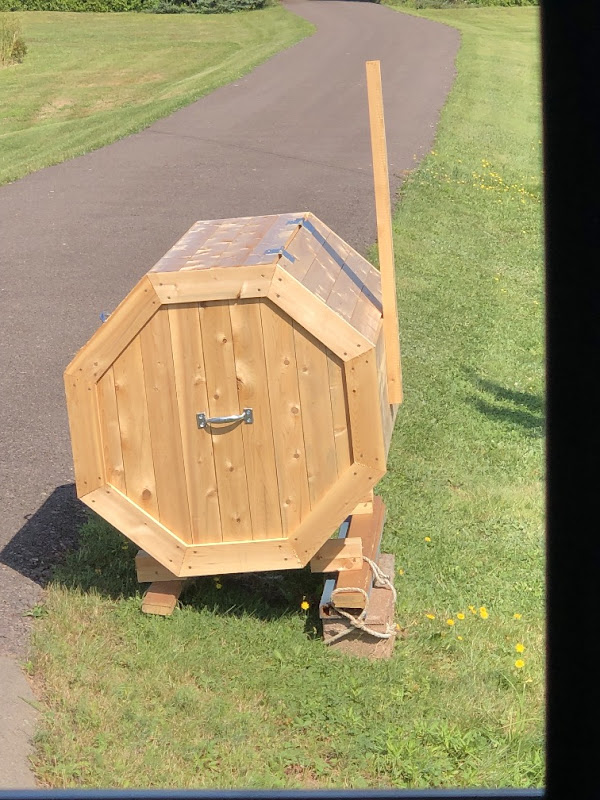 In many parts of these provinces, there are many, many signs indicating places where ATVs and snowmobile trails cross major highways.  Strangely, although the atvs have handlebars, the snowmobiles don't!  Perhaps they now have self driving snow machines?  Sounds too cold for me - let's head for Arizona!

Sugarloaf mountain and provincial park near Campbellton provided some scenic relief from the generally flatter terrain we'd recently seen.They even have a downhill ski area. 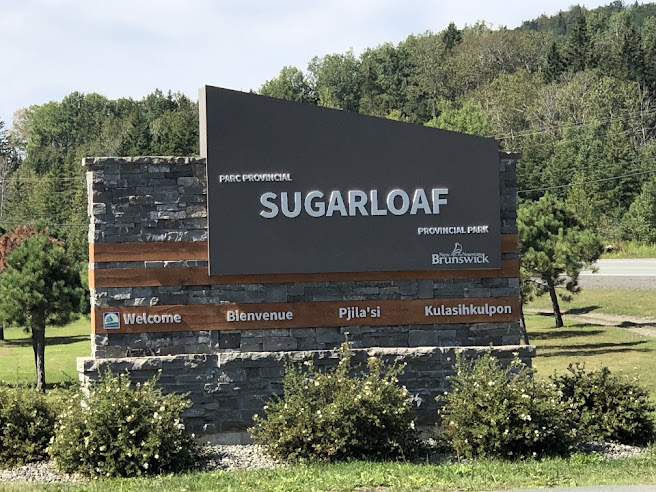 After Campbellton, it was back into Quebec.  It was a relatively small border crossing, but I could see there was a check-point for those entering New Brunswick there, but I'm not sure it it was still in operation. 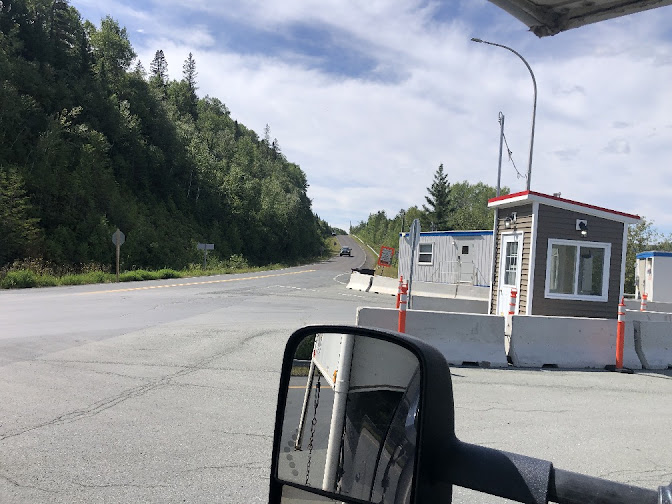 This time, instead of crossing the St Lawrence river at Quebec City and following the north shore, we stayed on the Trans Canada and cruised right through Montreal without stopping.  We lucked out and were going through on a Sunday, so that may have thinned the traffic somewhat.
As usual, there were a lot of road construction delays, but some people were making the best of it ;-) 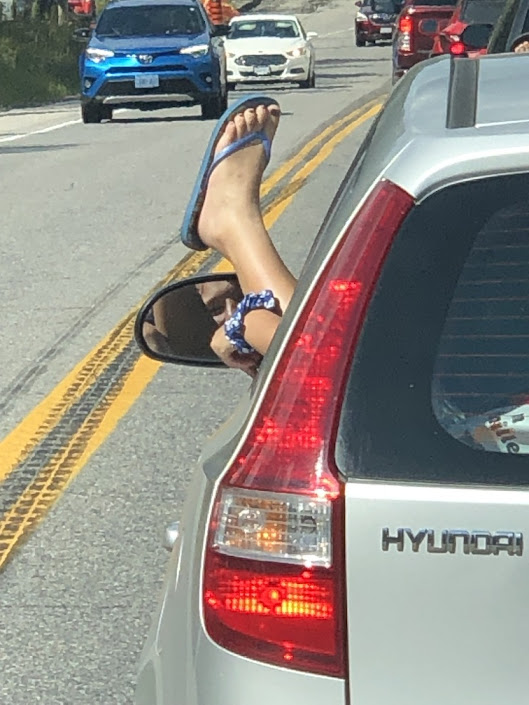 While off highway looking for a suitable camp spot, we came across this cute cat crossing sign!

Other interesting signs in Quebec ...

And, while many Quebec road signs use the usual symbols, these text signs are in French only!  You just hope that it is a covid safety sign, not one advising that the bridge is out, and continuing further will plunge you into the ocean - or something!

After crossing back into Ontario, west of Ottawa, we made sure to visit the gas station on the reserve with the much cheaper prices.  And, of course the other signs, too! 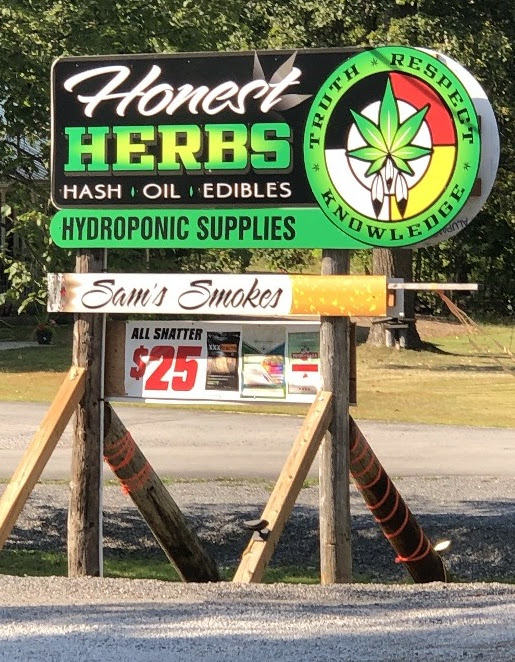 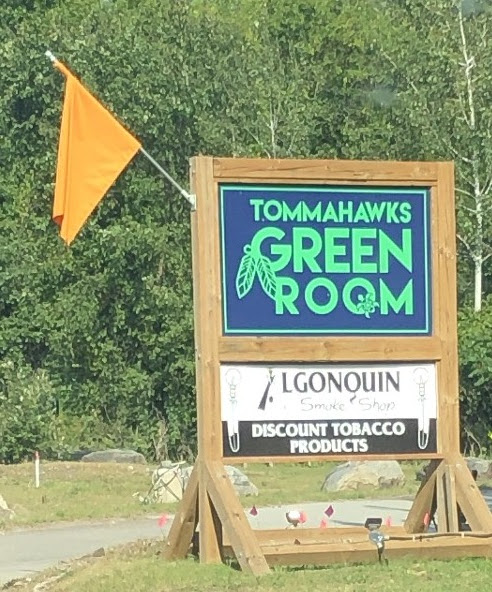 From there, it was westbound again, the route taking us through the southern edge of Algonquin Park. 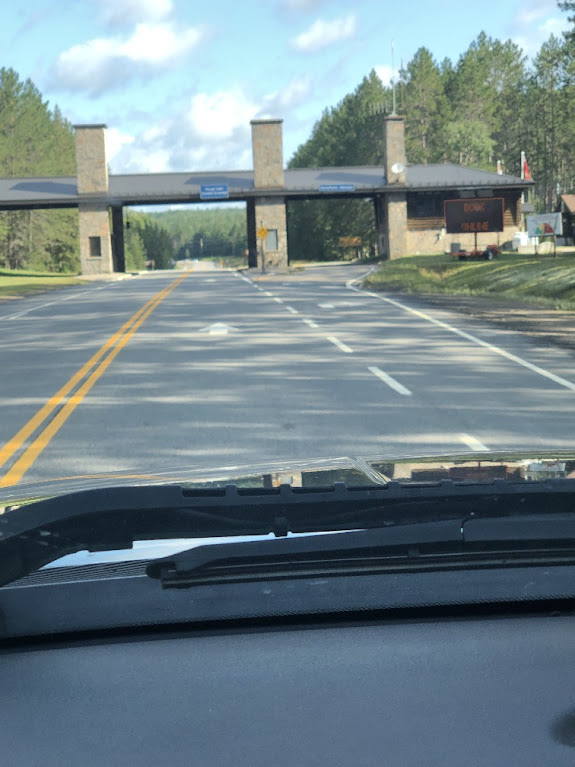 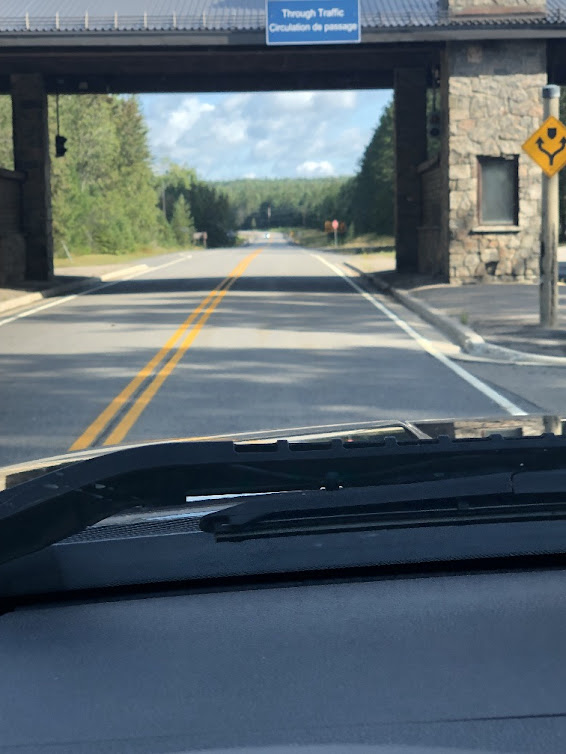 At one point along the route through the park, we turned off at a sign for a boat launch, thinking it might be a quiet spot to let Hailey out for a bit.  It was quite a shock to find a huge parking lot, almost full, on a Monday no less!  I guess it must be a major starting point for some of the many canoe routes in the park. 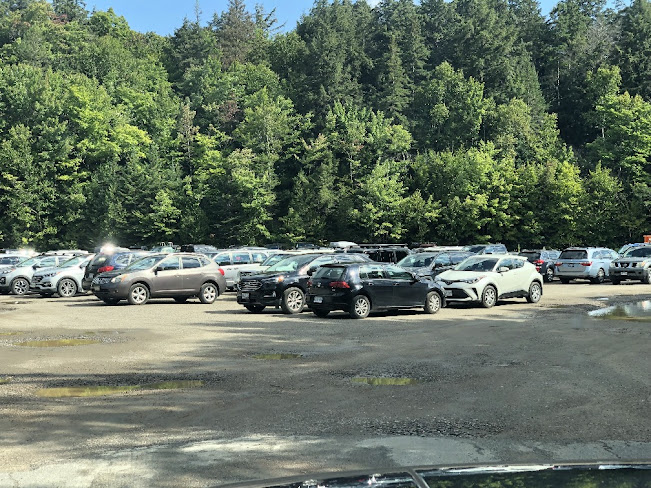 It looks like we are generally headed for home in Alberta :-(  But our speed will depend on the weather, and the number of diversions we encounter along the way.  The grass at home hasn't seen a mower since mid-July, so what difference will a week or two make now :-).