We exited Ontario from the Kenora area, and cruised most of the way across Manitoba, skirting the southern edge of Winnipeg.  It's mostly farmland, but with help of Google maps, we found some bush to hide out in for the night.  Turns out most of the bush was actually Spruce Woods Provincial Park, so we just scrunched up against the boundary on the side of the back road. 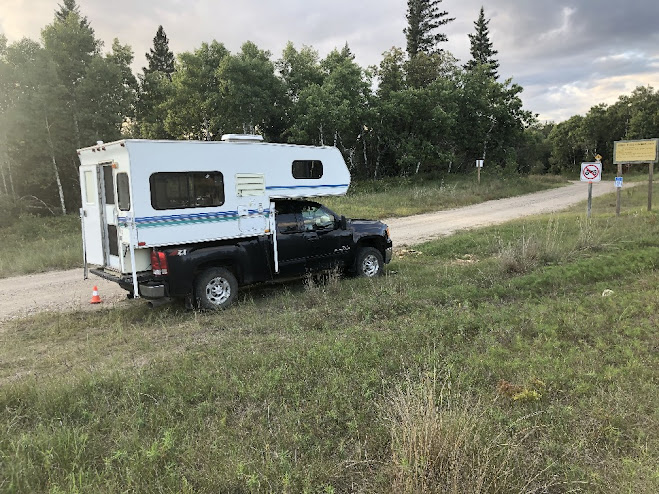 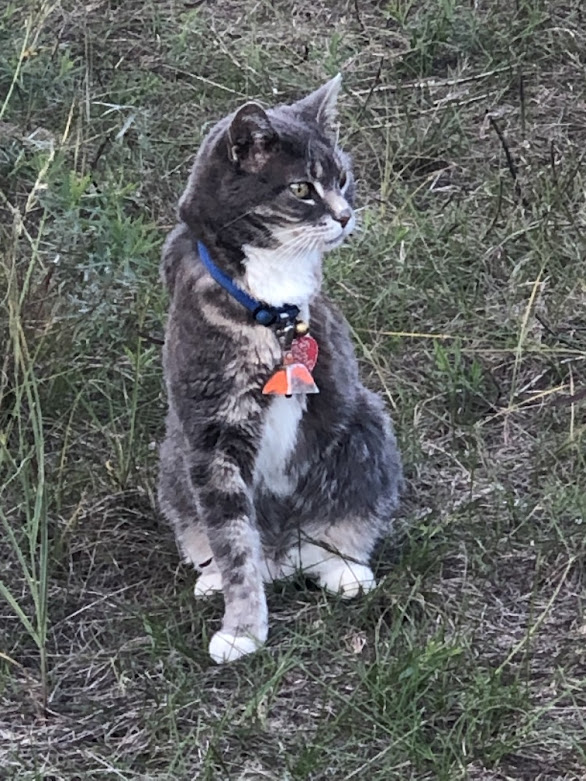 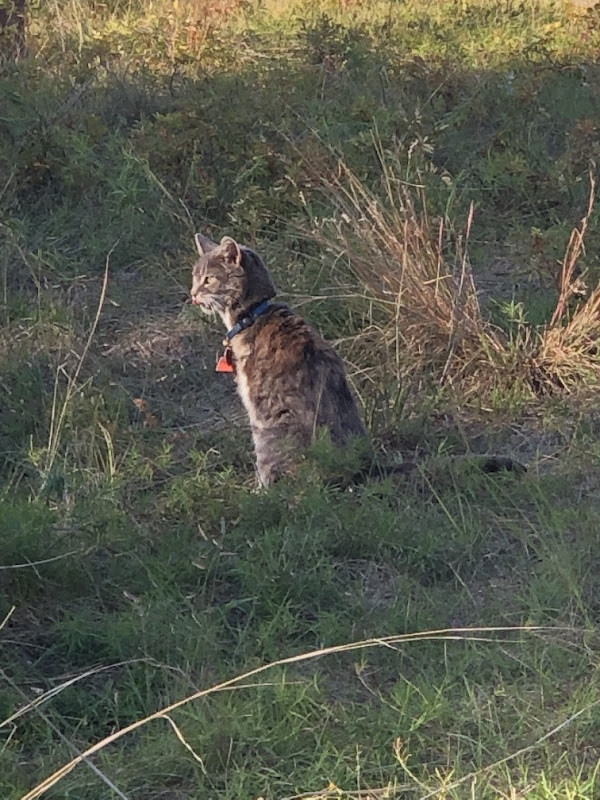 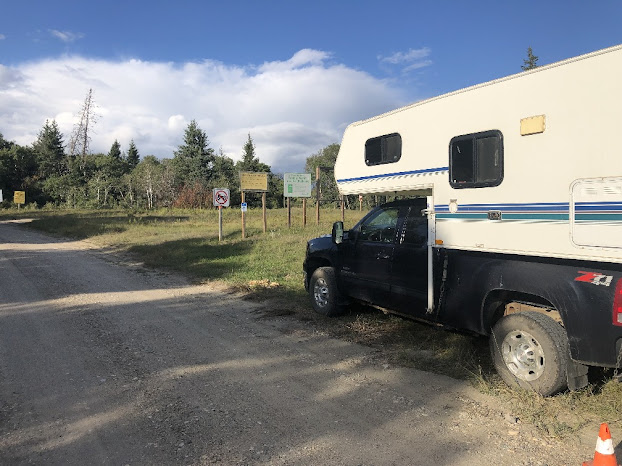 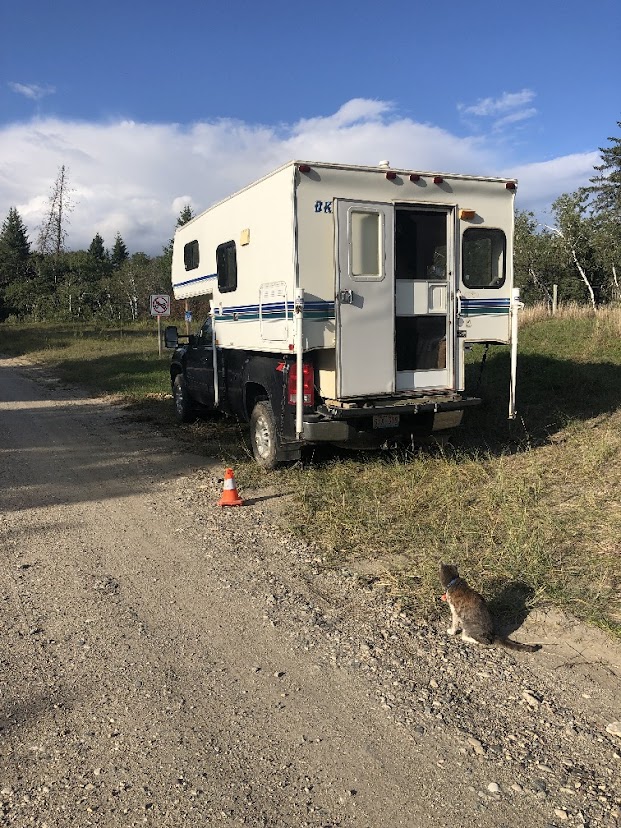 There are established campgrounds in other portions of the park, but we much prefer the peace and quiet of more deserted areas, and this spot filled the bill just fine. 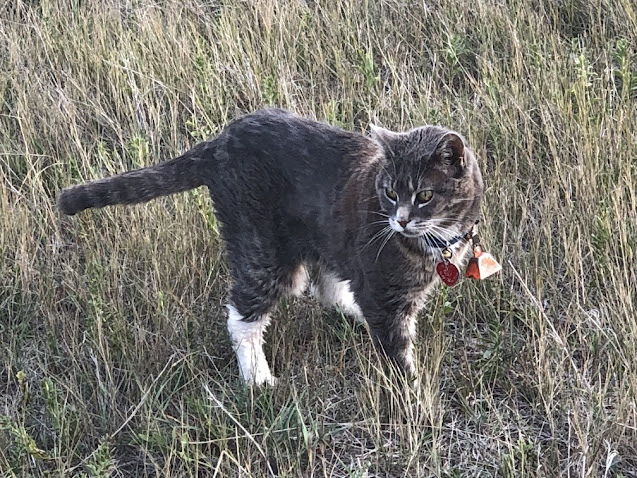 While still in Manitoba, we tracked down a laundromat and car wash side by side in suburban Virden.  Since we needed both, we got the proverbial two birds at once!

The next night, passing into Saskatchewan, we found a late night spot just across the highway from Crooked Lake Provincial Park. 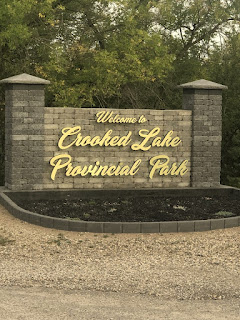 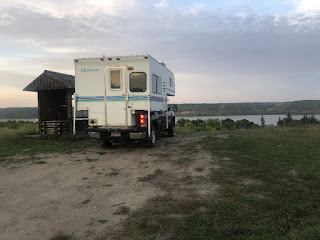 Next we met up with Ernie & Deb, who were visiting relatives in beautiful, downtown Sheho, Sk., and got a tour of the town, as well as some of the places they used to hang out some 40+ years ago! 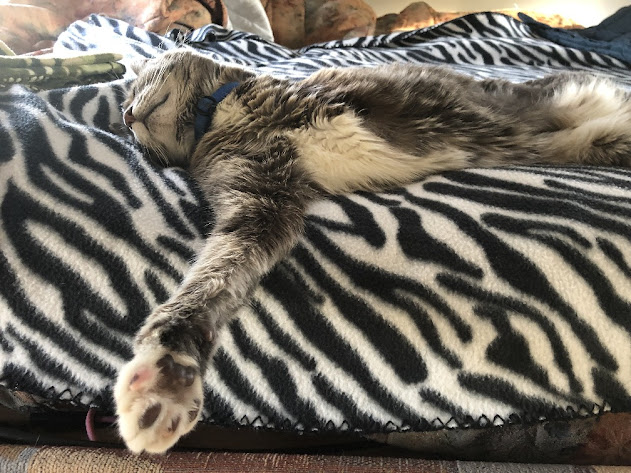 Next stop was at Kipabiskau Regional Park, where I lucked into meeting some cousins with a cabin there.  Then I got involved in some beer consumption, that also involved grown men trying to hit small white balls across grassy fields!  Later on, there was good food, and good stories around a fire. 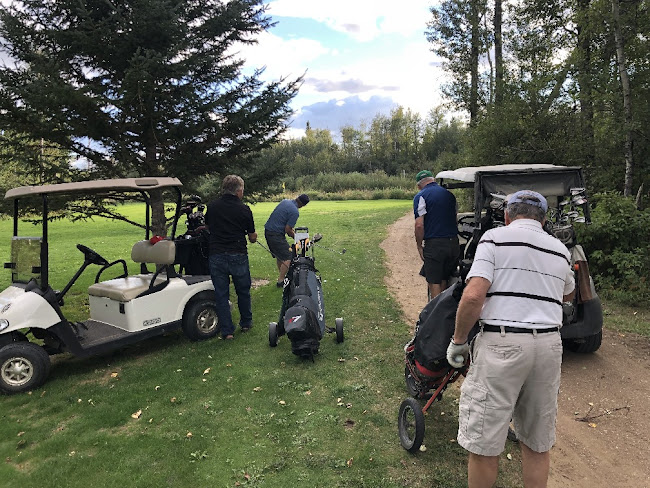 After a quick visit with more relatives in Tisdale, we continued our cross-country Trek. Unfortunately, we just cruised right through Saskatoon :-(  We know too many people there and it could take a couple weeks to visit everyone, so it was just easier not to stop at all?

Carrying on west, dusk was upon us when we found this quiet spot between a game preserve and some pasture land. 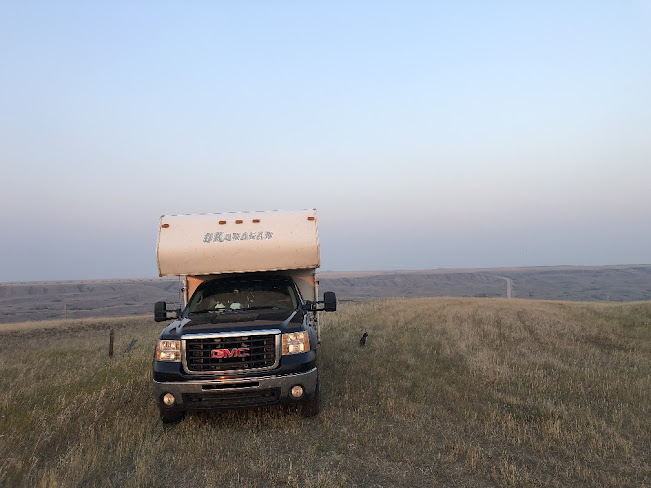 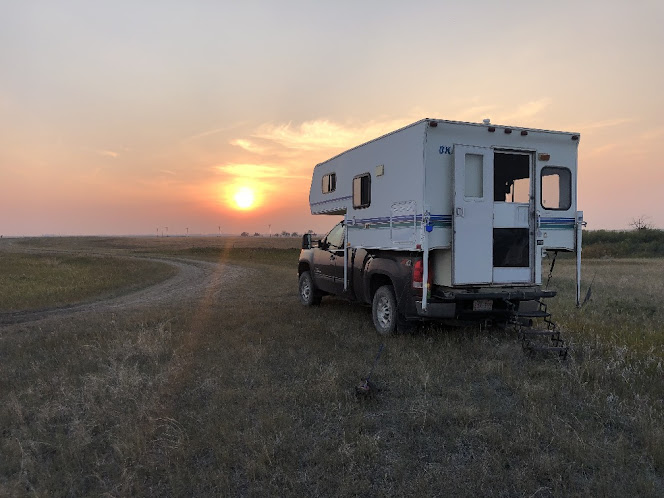 Somehow, Hailey managed to lose her collar and bell while chasing the snakes and grasshoppers, and then I managed to lose her for a while.  She never goes anywhere, and always knows where 'home' is parked, but that doesn't prevent me from the usual panic, till I trip on her hiding in a bush watching a vole!  The local 'girls' were quite interested in what was going on! 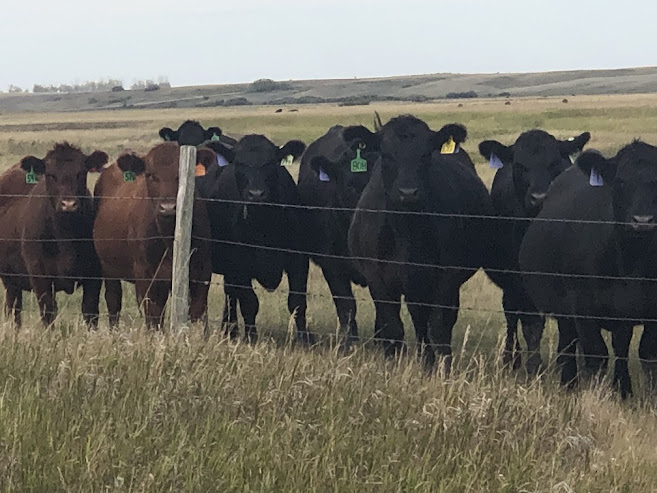 While searching for a college classmate's place out in the countryside, I got surrounded by members of the  local combine club.  There was one on the road in front of me ... 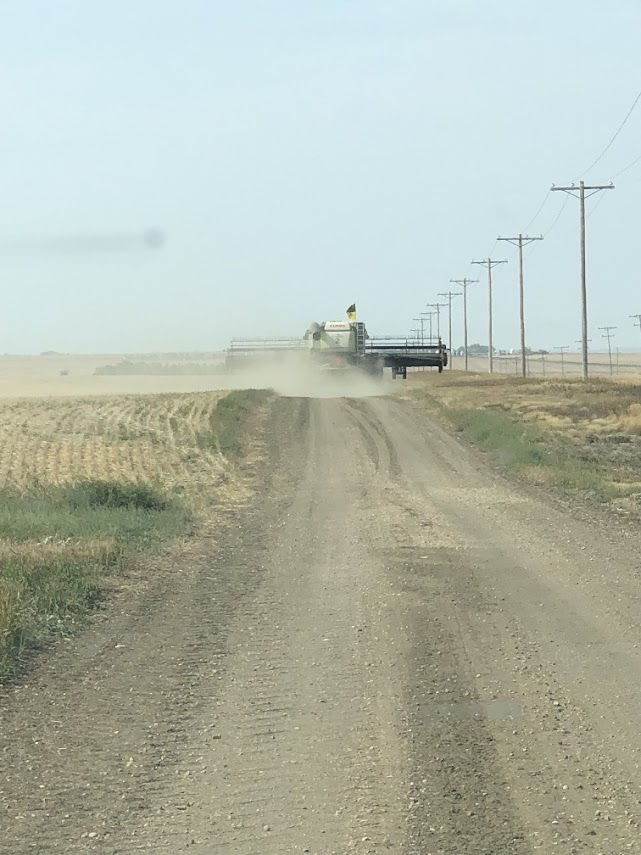 And, another one blocking my exit to the rear! 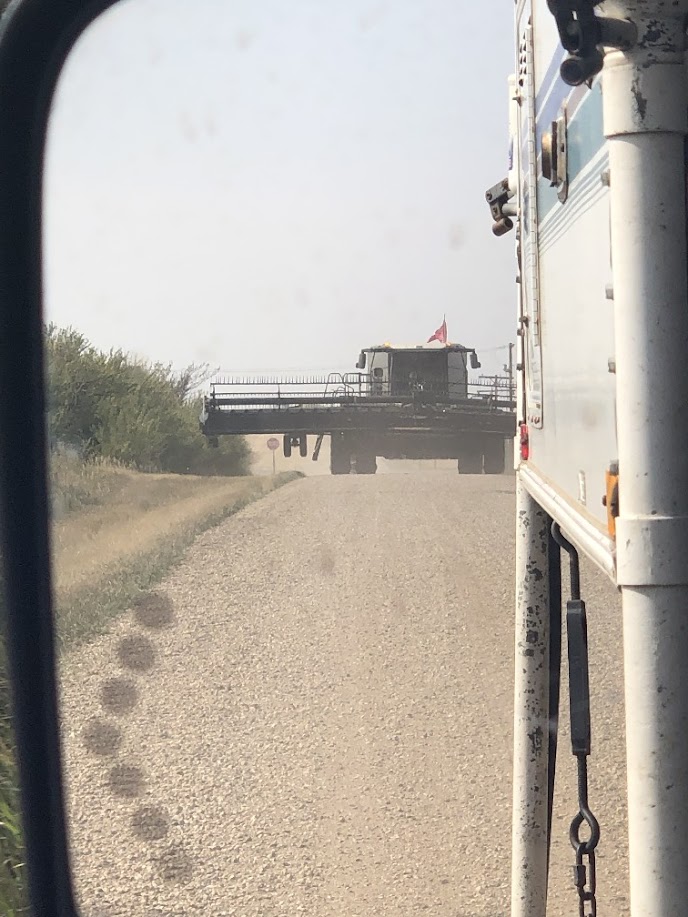 Luckily, we managed to escape, tho Hailey was too busy napping to be worried. 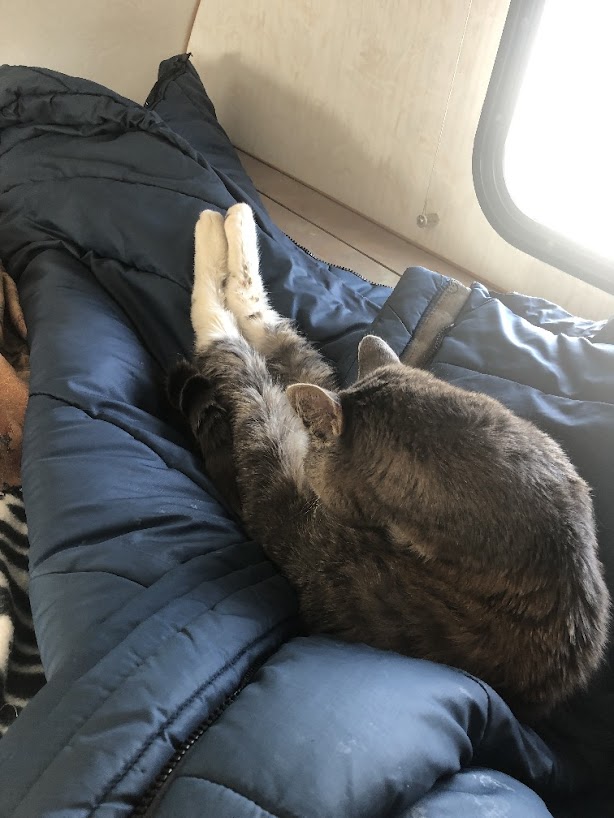 Dang it all - then we had to detour south a bit to meet up with some old high school friends who were also on the road in camping mode.  This led us down to Saskatchewan Landing Provincial Park, on the South Saskatchewan river. 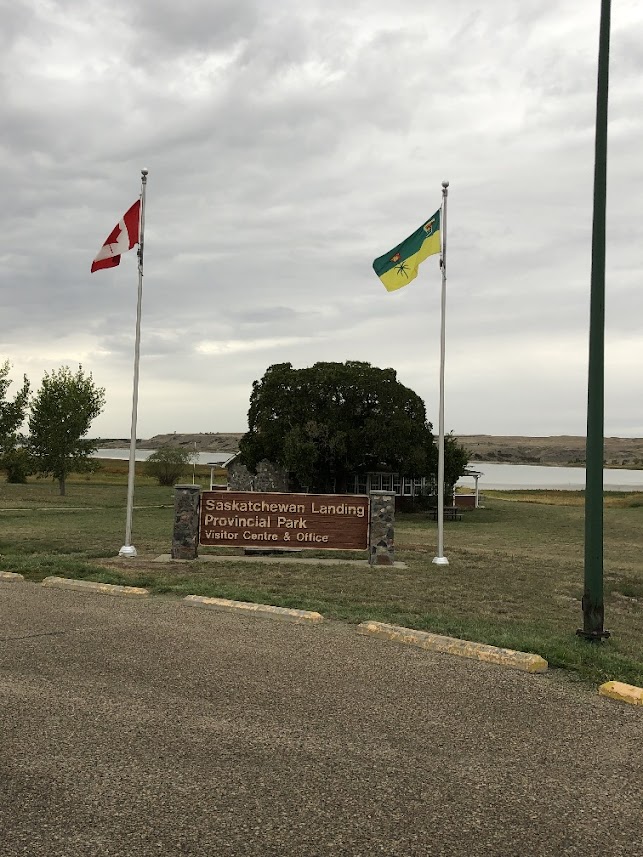 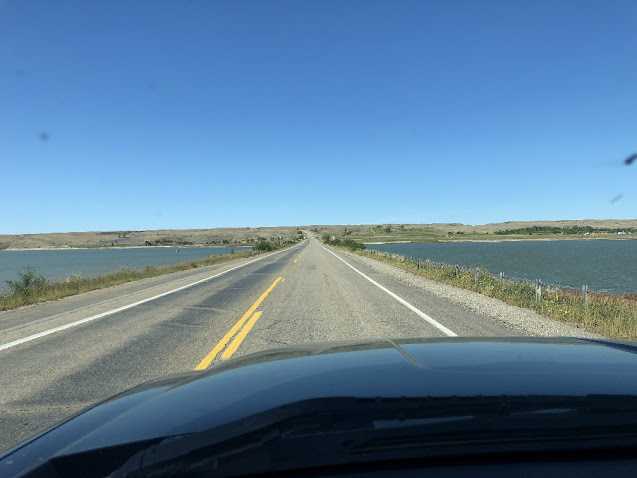 The park also provided some more confusing signage for my collection.  ALL vehicles require a permit, but NO vehicles are allowed?   Hmmm? 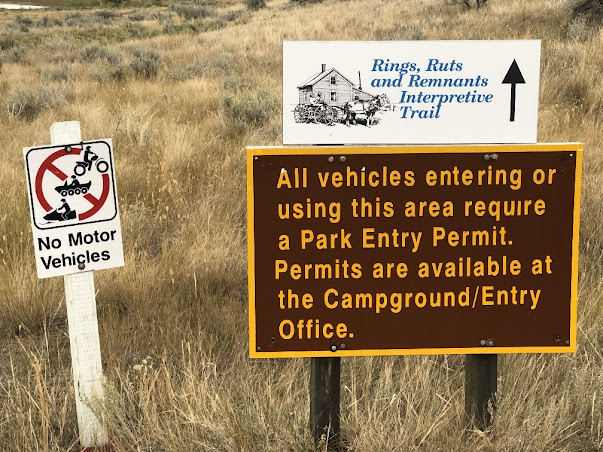 Saskatchewan is even going high-tech on the highway, with a few of these well-signed photo radar sites.  I wonder how long before some redneck drives over it with a tractor or 4X4? 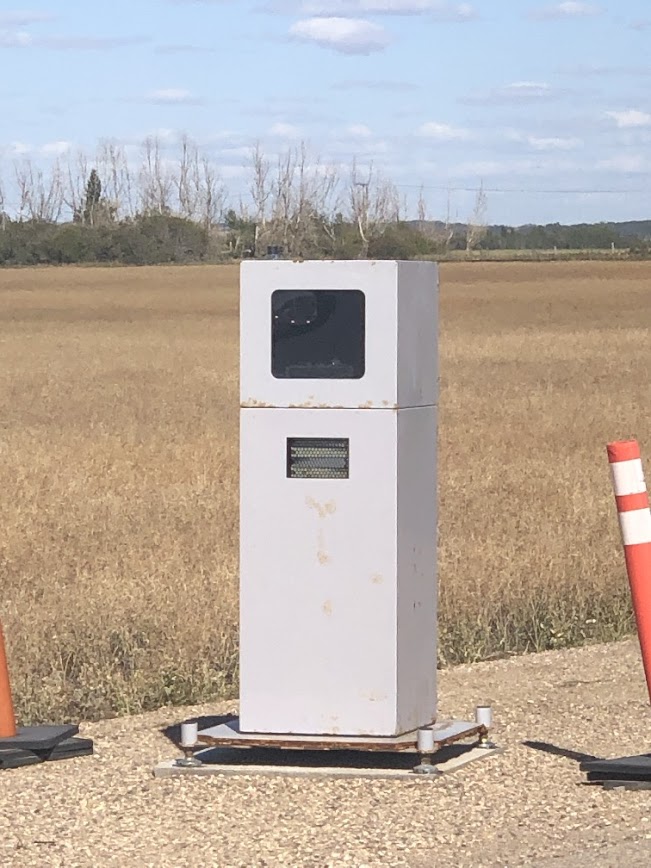 We were on the road for about 7 weeks total.  One of my concerns about being gone so long was the lack of mowing on my home grasslands, otherwise known as lawn.  Well, it turns out that it wasn't too bad at all!  Sometimes the good neighbours come over with the big mower, but no sign of that happening this time.  Nice to see the 5th wheel again, though it looks a bit lonely after being parked for well over a year now.  Hopefully, the border will open for southern travel this winter ... 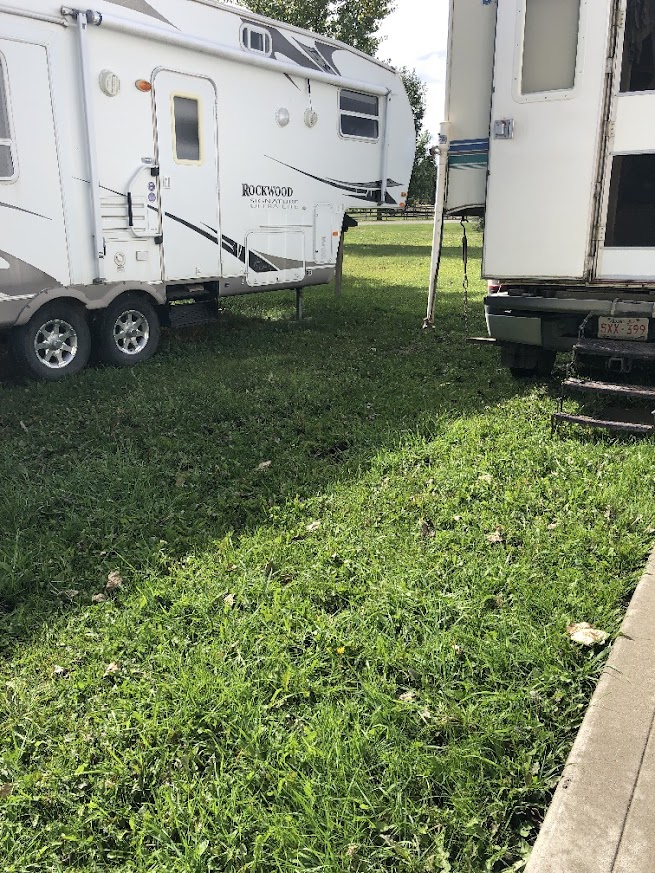 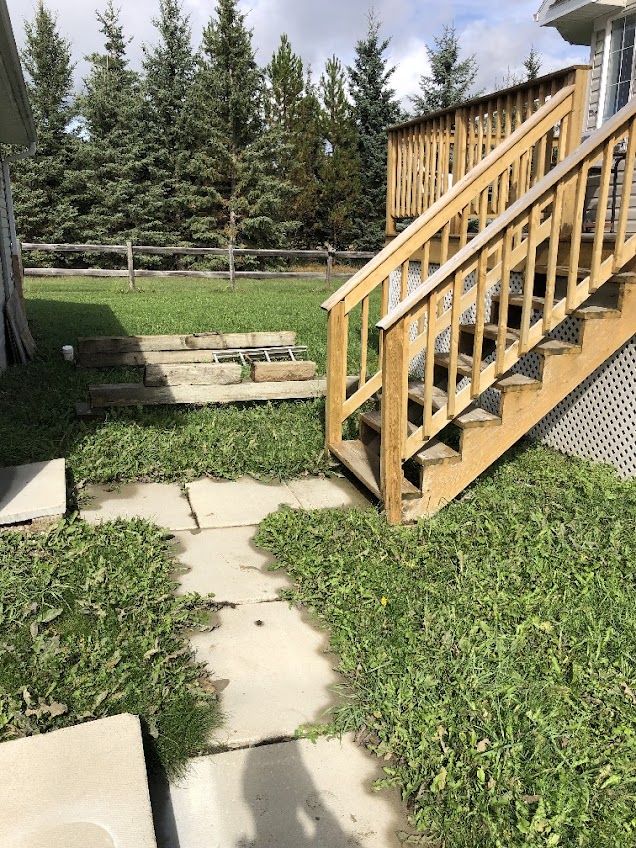 Hailey was happy to share the home recliner with me - till we come up with another travel plan!  Till then, don't expect a lot of blogging! 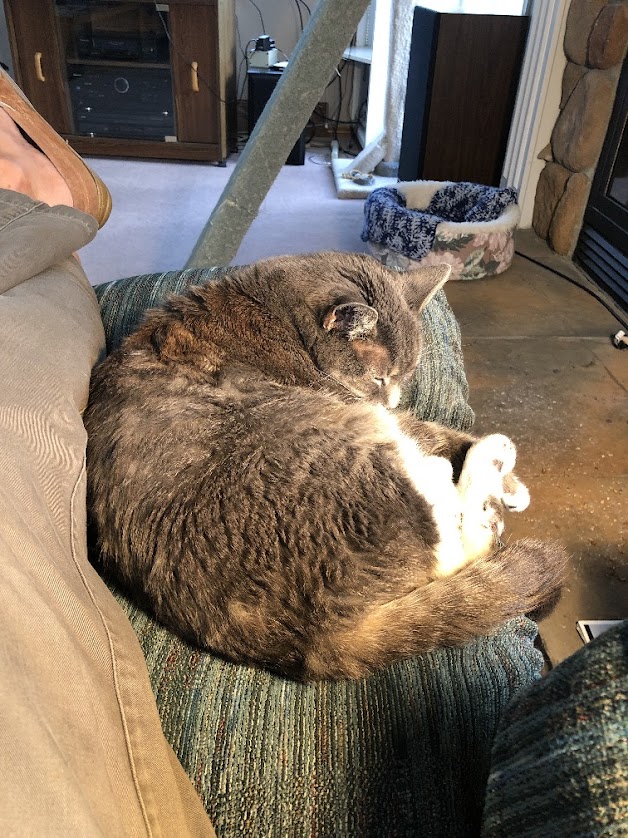