It was the end of August as we continued our westward journey along the north shore of Lake Superior. Hailey was out in the endless sandbox whenever she got the chance.  There are a lot of nice beach areas along the way to test the waters. 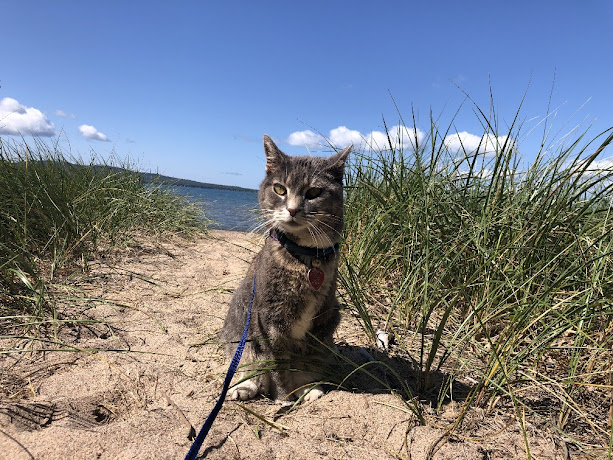 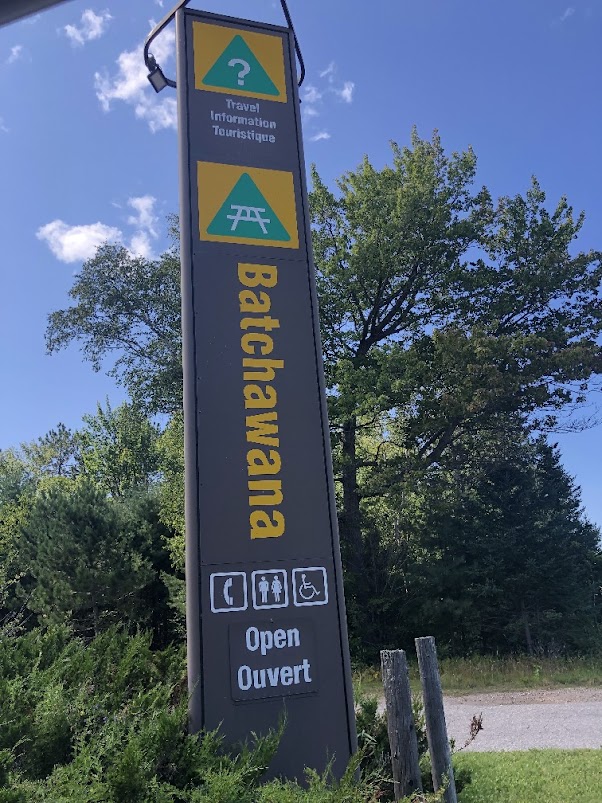 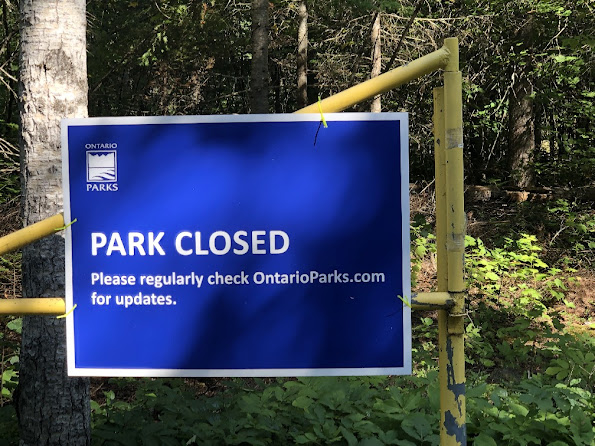 Without thinking, I waved at this OPP officer running radar on the highway as I pulled out of my overnight camp spot along the Michipicoten river, and took this picture - with my handheld DEVICE!  Good thing he didn't arrest me ;-) 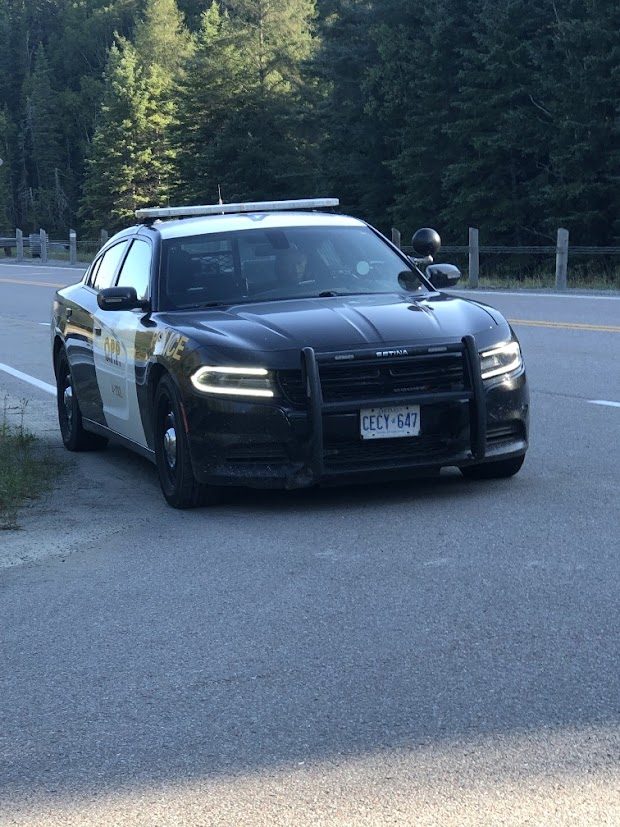 Couldn't resist stopping along the shore of Superior near Rossport for another quick dip, and to enjoy the scenery. 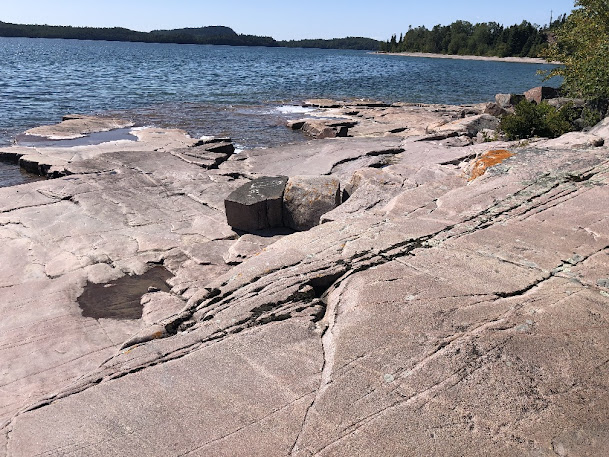 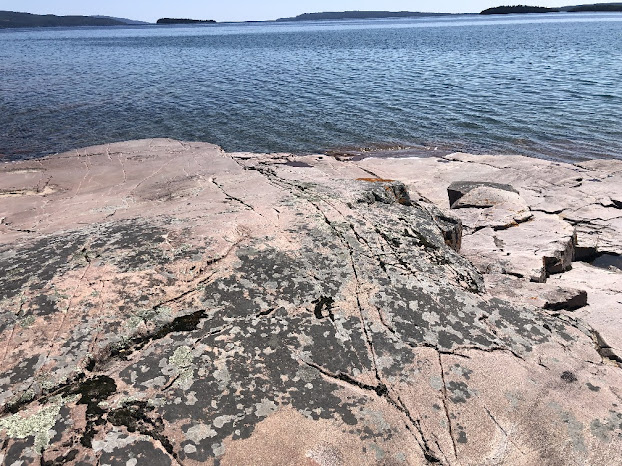 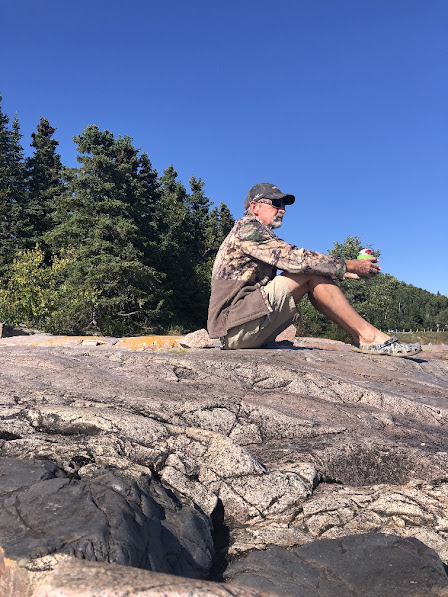 But for the night we needed a bit more seclusion, so we ended up in this huge flat area along the railroad tracks.  Right across the track was the lake shore and of course we had that all to ourselves.  The trains came by at all hours, but it was not that disruptive, and Hailey had a large hunting area to keep her happy.  We ended up spending two nights there - and enjoyed the aerial flying displays from some local falcons and eagles. 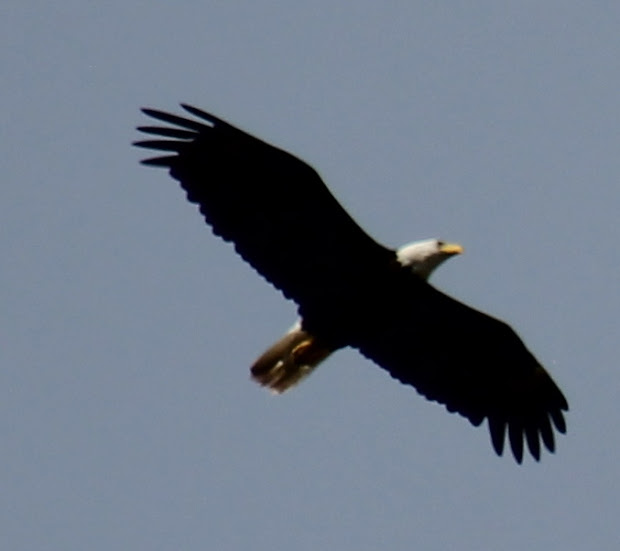 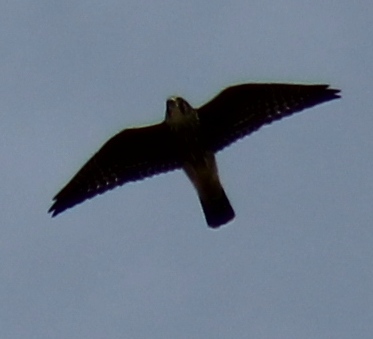 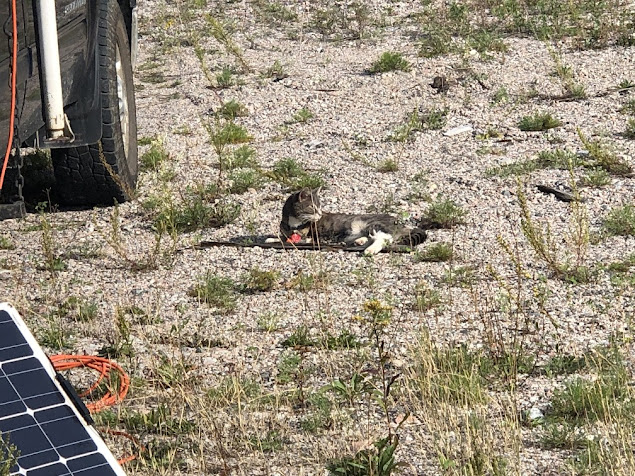 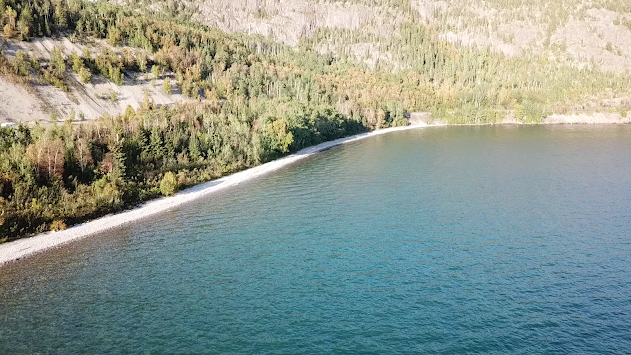 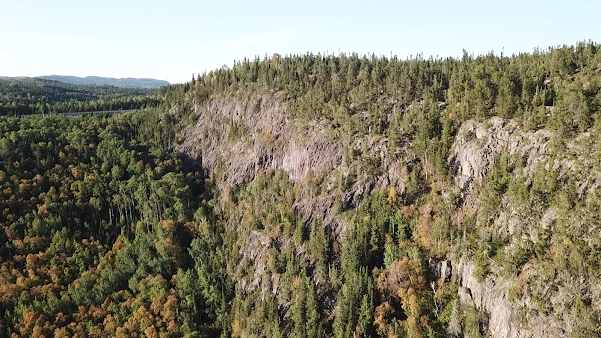 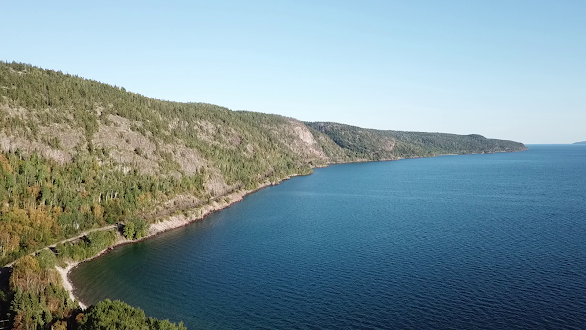 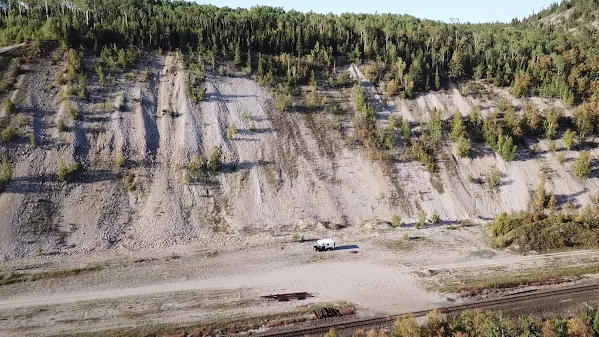 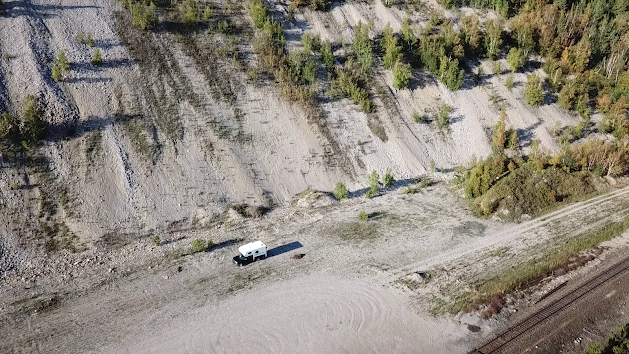 There is a pretty cool bridge in Nipigon, so we had to get airborne for a better look. 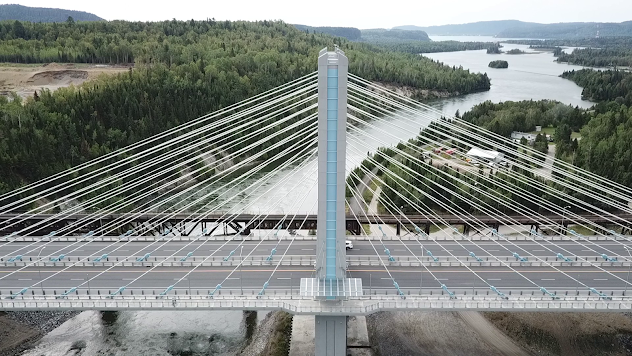 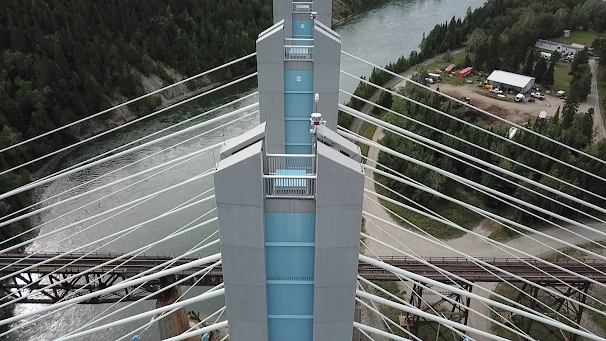 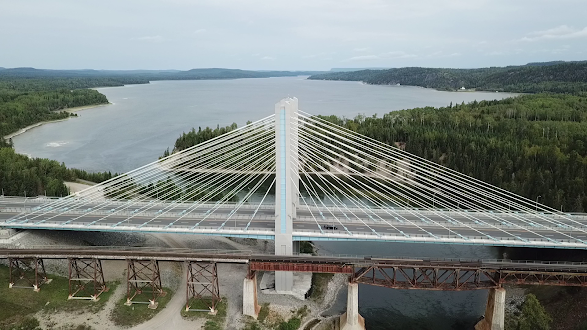 Headed for Manitoba and Saskatchewan next!