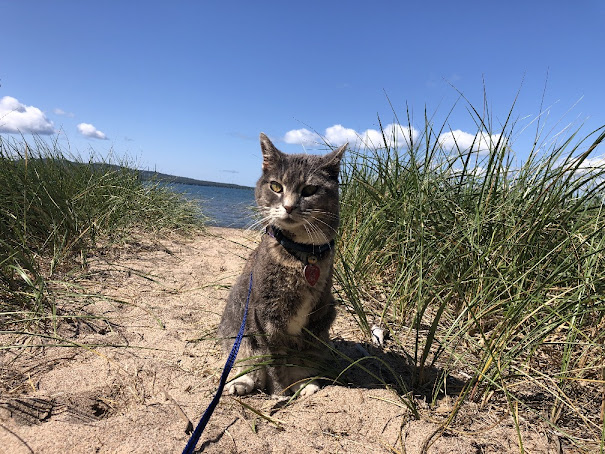 Better start off this post with a few pics from the past.  Back when we were on the Northumberland Strait. This is the same spot, previously blogged about, but from a different perspective! 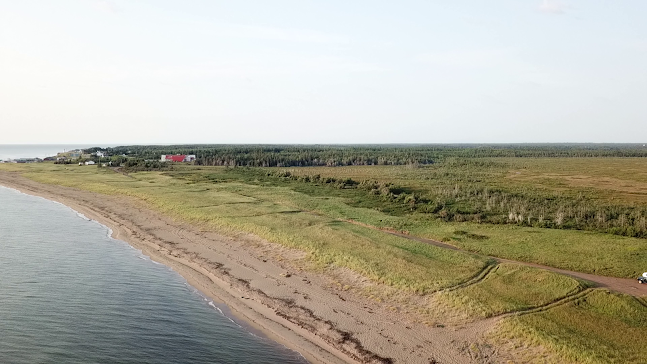 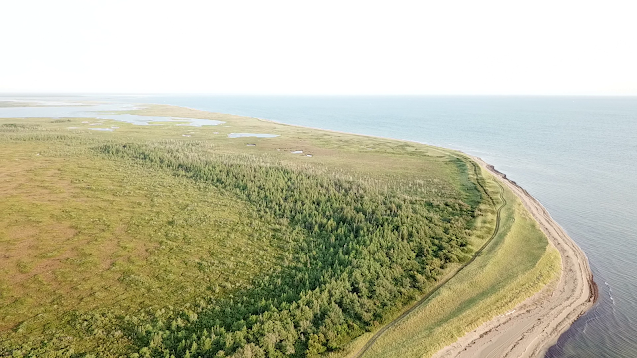 We woke up in the morning to the sound of some strange sea gulls.  Well, it turns out that it was actually a herd, pod, group, pack, of sea mammals!  Locals called them seals, and said it was an unusual occurrence.  I think they could be sea lions, but who knows?  They were just offshore, lounging on some submerged sandbars.  Didn't want to get too close and scare them ... 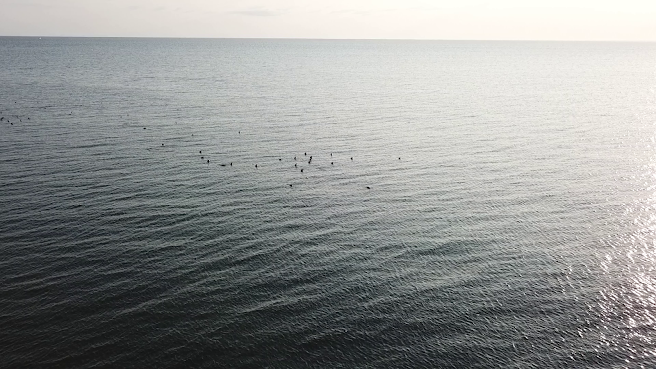 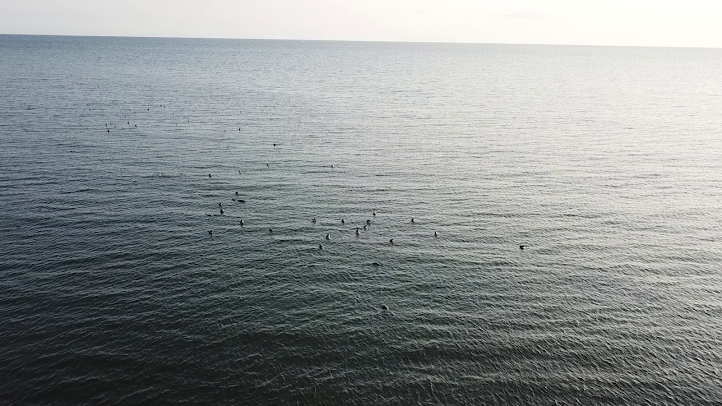 Just north of Sault Ste Marie, we came across this beautiful beach on the eastern end of Lake Superior 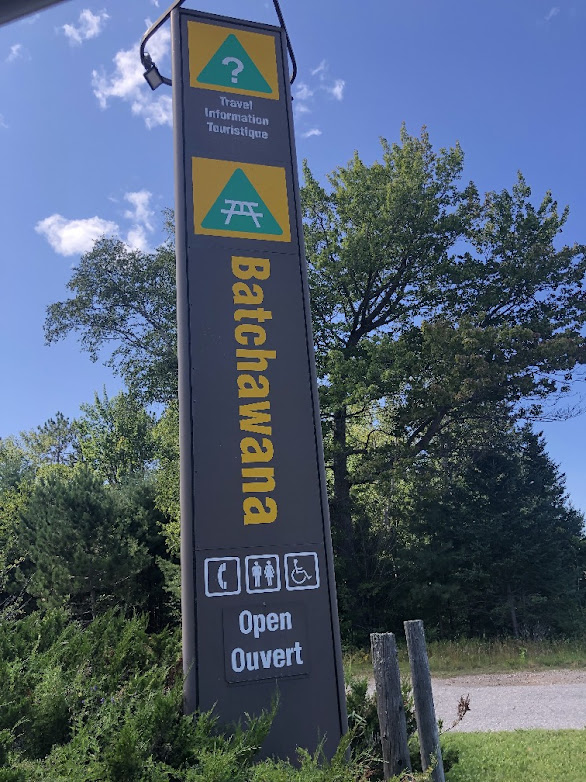 Later, we found an overnight camp spot along the Michipicoten river, just outside of Wawa, On.
Departing in the morning, an OPP officer was running radar at the entrance.  Luckily, I was not arrested for using a hand-held device to take his photograph!   I guess he knew that his Dodge Charger was no match for the big GMC! 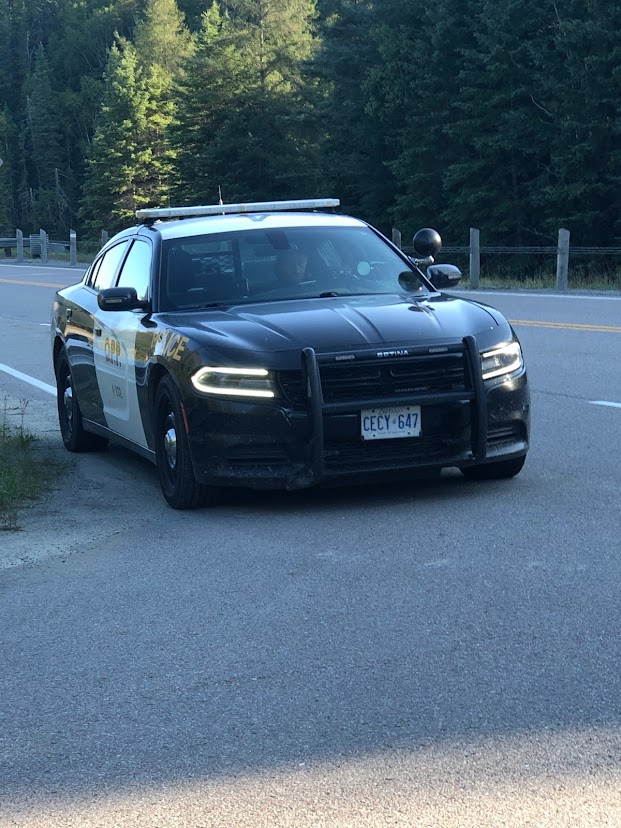 At White Lake Provincial Park, the park was clearly closed, right?
No, of course not!  If the sign is at 90* from you, on an open gate, you can clearly disregard it, right?  Misleading signs drive me crazy, if you haven't already noticed! 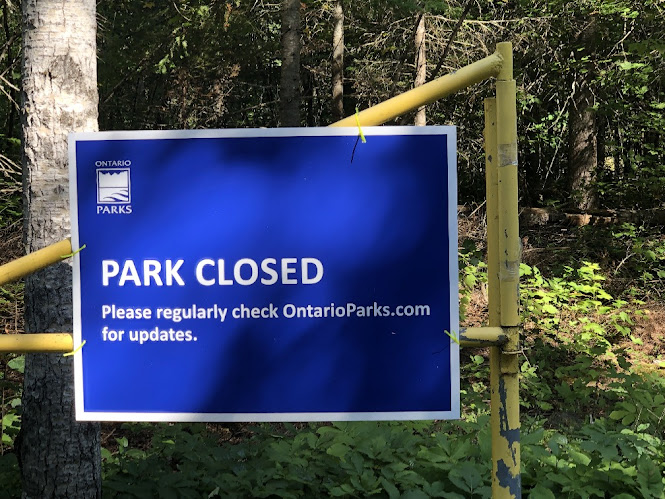 Just outside of Rossport, we stopped at a nice roadside pulloff, and managed a quick swim in the waters of Superior.  (Taking advantage of every opportunity, as any swim could be the last one of the year!) 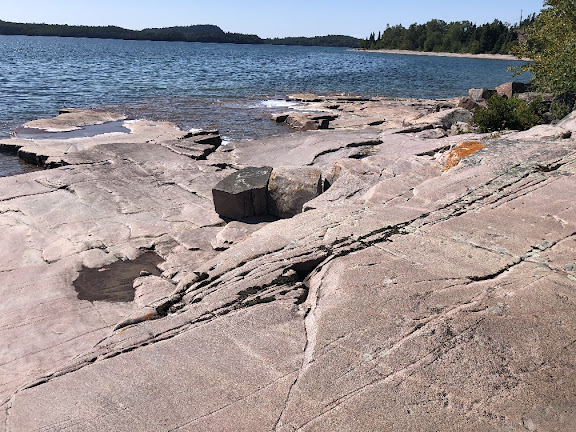 Though not signed for 'no camping', it might have been implied, or covered by some obscure rules, and was right beside the highway, so it was decided not to spend the night there :-( 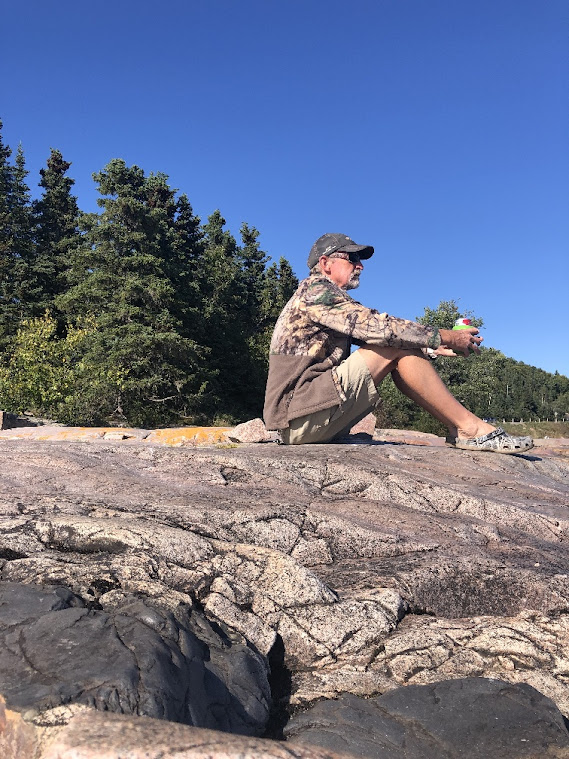 Instead, we found this way more obscure spot, right beside the CPR rail line, but also right on the lakeshore - and managed yet another dip in the lake.  It was so nice - if you don't mind mile-long trains rumbling by in the night - that we spent a second night here!  The price was right. 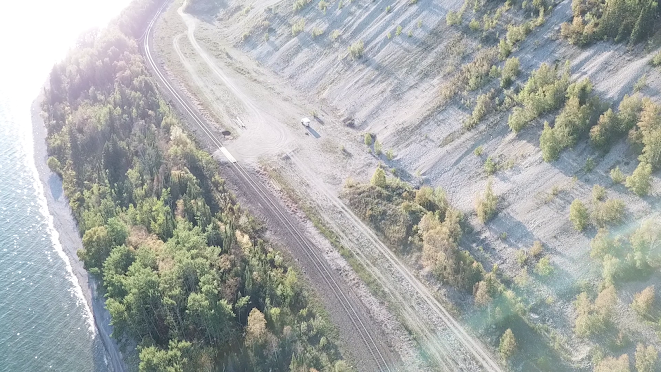 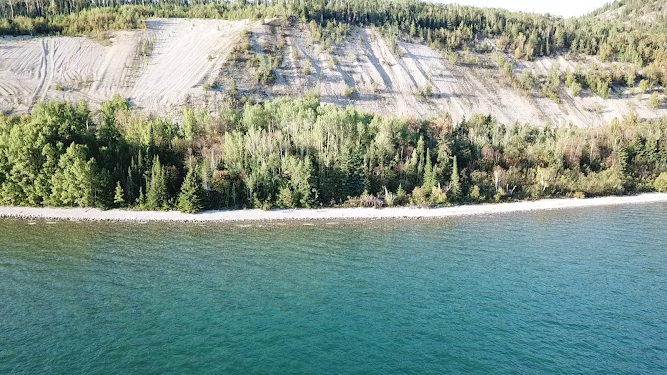 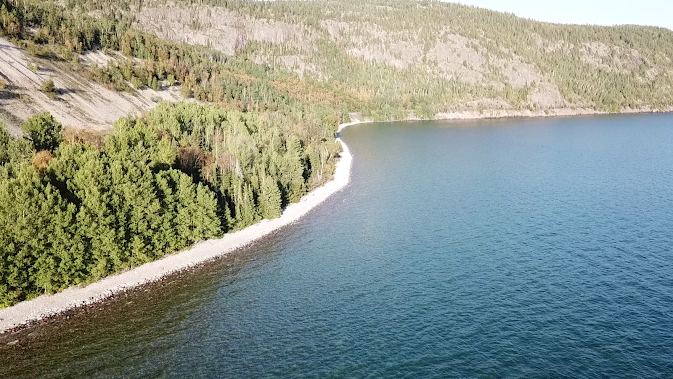 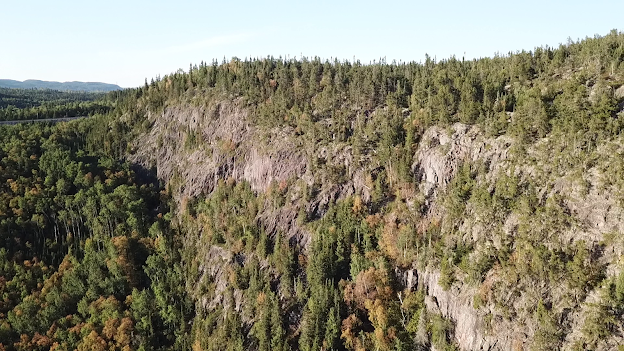 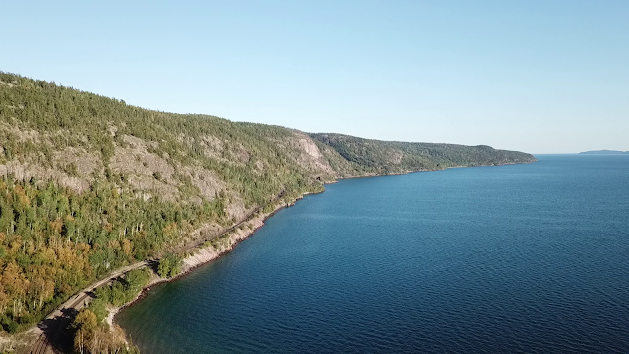 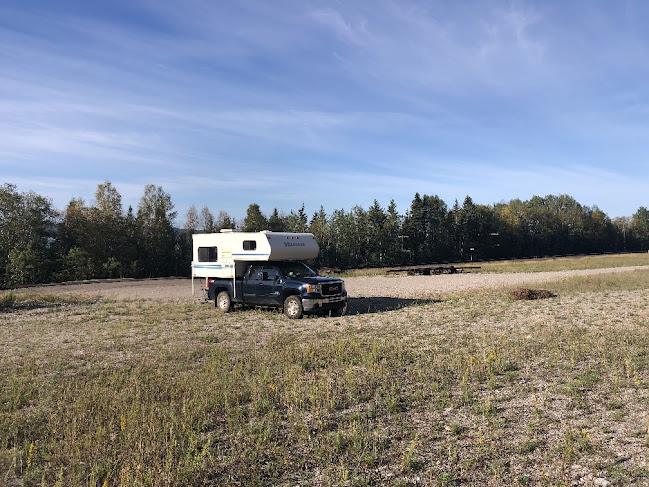 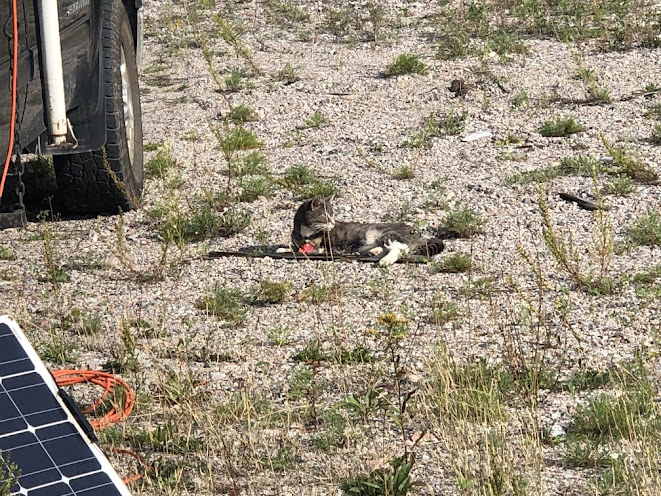 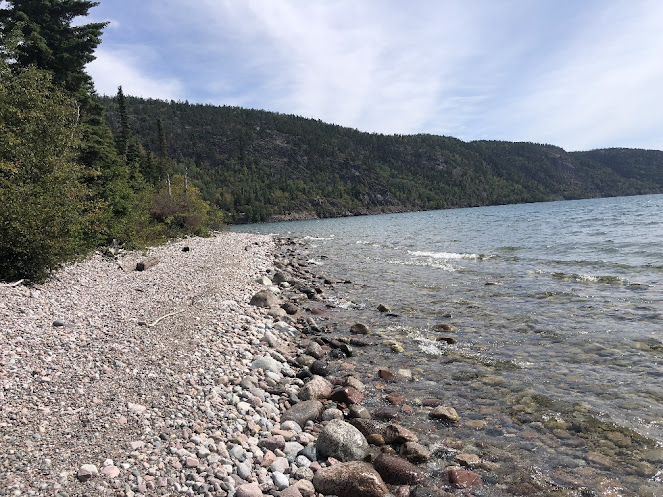 There is a way-cool bridge at Nipigon, so we just had to take a closer look! 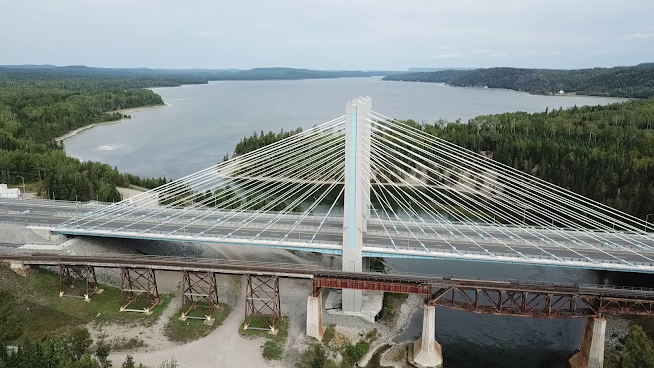 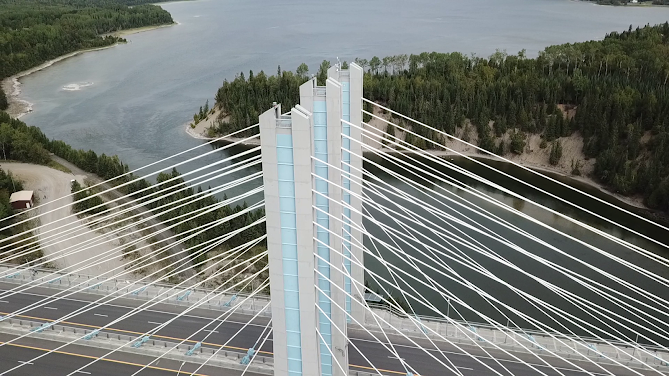 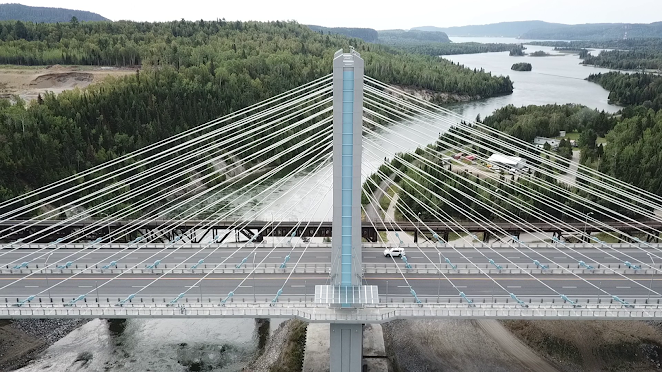 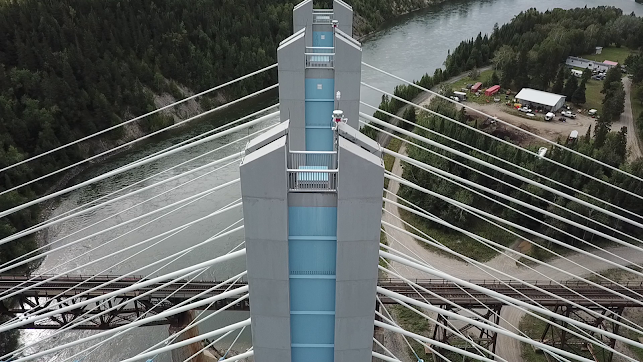 Surprisingly, the blog is almost up to date!  Stay tuned ...