Beaching it for the Long Weekend

(The last couple of posts have shown up on time on other blog's sidebars, so I guess I'll continue with this run of good luck and try to get the blog updated and closer to real time!)

We had just returned home after spending some time camping in the foothills to the west, not too far from home.  The September long weekend was approaching, and I'd thought that the best plan might be to stay at home and just avoid the traffic and the crowds.

But ... the weather was looking good, and we had not been to one of our favourite lakefront camp spots since a lot earlier in the summer.  IF we could just find our spot vacant, it would provide the perfect, quiet hideaway ...

SO, after just two nights at home we loaded up and headed west to BC again.  Actually, during a summer like this, the camper never gets unloaded, just re-stocked on occasion with a few essentials.  But wait, a flat tire at the worst possible time! Brand new tires, too.  But it was not right flat, and after pumping it up, we could drive to town to have it repaired without having to put on the spare.  The tire shop found a sharp rock, still imbedded in the tire, having punched right through a lug on the tire, not even the space between the lugs.  They fixed the tire for free, as the tires were purchased there, barely a month before!

Ok, so back on the road west, through Canmore, Lake Louise, Golden, and Revelstoke.  From there it was south, across the ferry on the north end of the Arrow lakes, hoping that our spot would be vacant.  But it wasn't :-( 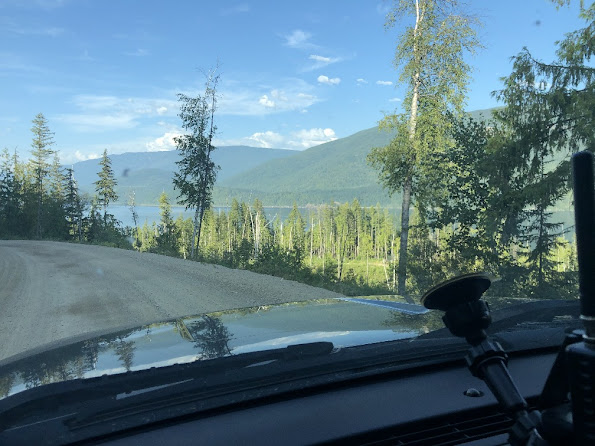 Another nice spot about a mile away was available and so we pulled in there.  It has nice beaches at low water too, but the parking spot is right in the heavy timber, so there is virtually no chance of any solar. 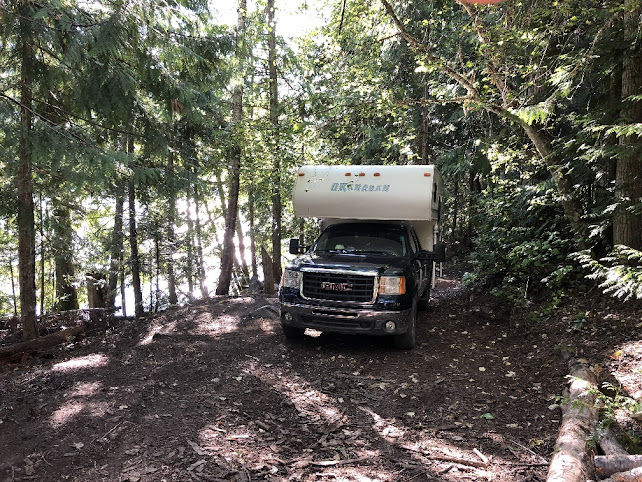 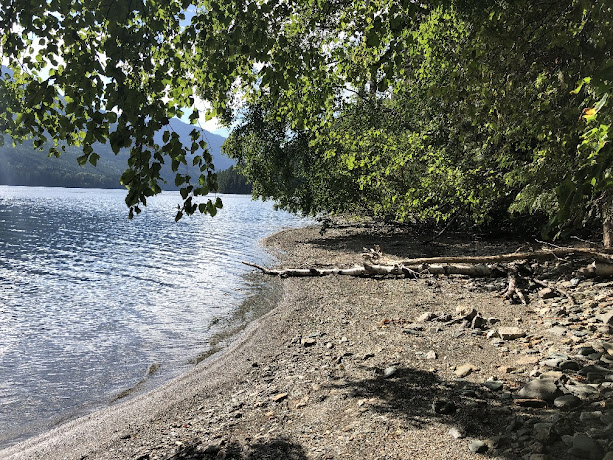 We spent the night there, listening to the sounds of a nearby waterfall, and blew up the (inflatable) kayak in the morning.  An aerial reconnaissance showed that my preferred camp spot was still occupied - as I was worried it would be for the entire long weekend.  But luck was in my favour as a bit later two ladies paddled by in kayaks that I recognized from 'my' spot.  When I asked if they were staying for the duration, I was thrilled when they told me that they were departing within a few hours and that I was more than welcome to come over and take over their spot! 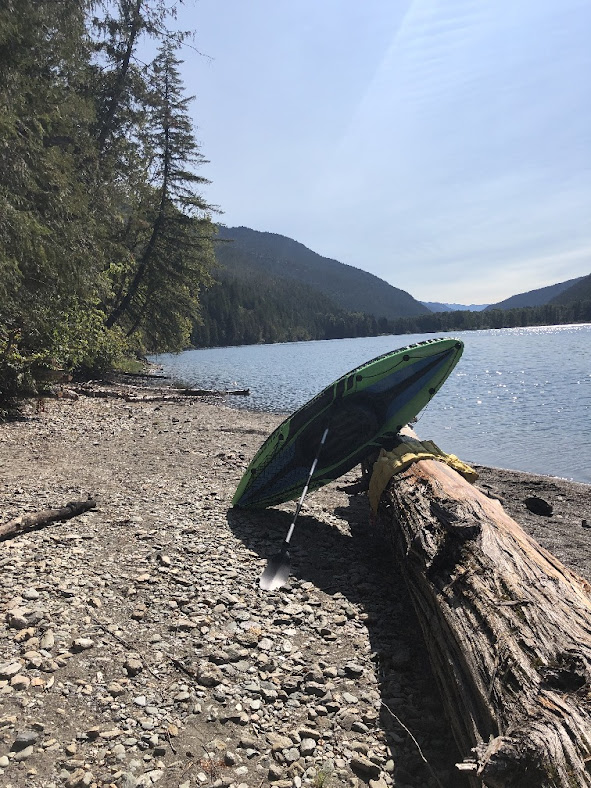 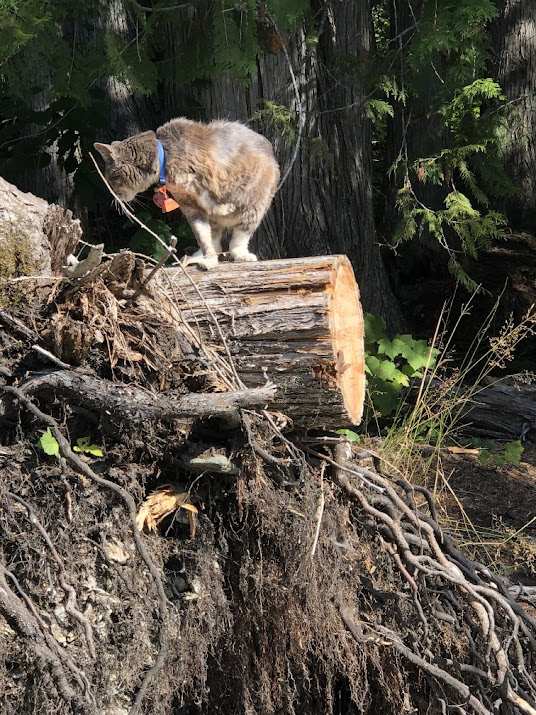 So, of course we moved over there ASAP, and then had the spot to ourselves for the whole long weekend!  There may have been crowds and traffic jams elsewhere, but in my little piece of paradise, I only saw a couple of boaters go by, and a BC Fire warden stopping by to check on the fire situation.  There was no fire ban or restriction in effect, so a fire out on the point was in order. 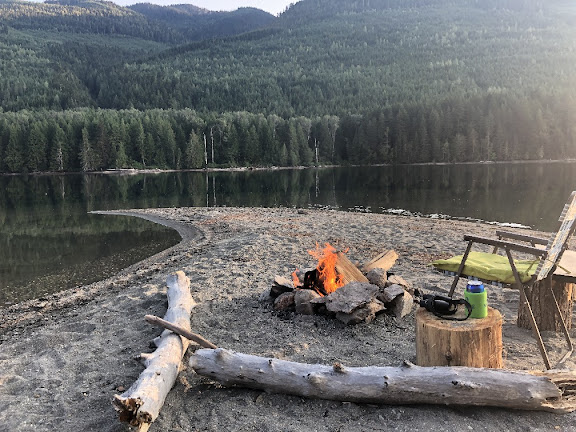 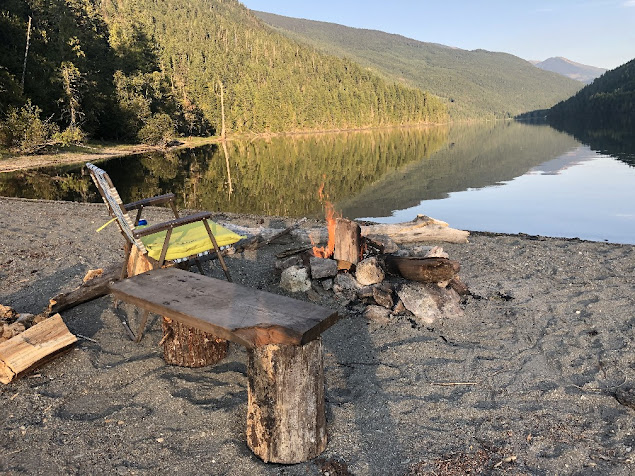 And, the weather was warm, and the lake was still nice for a refreshing dip every now and then. 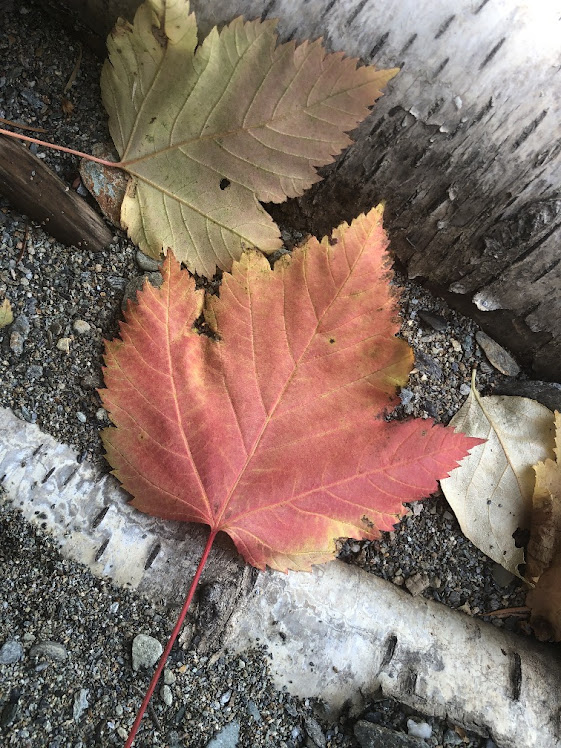 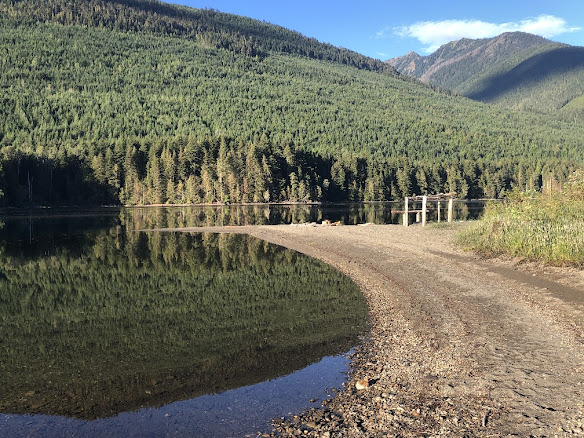 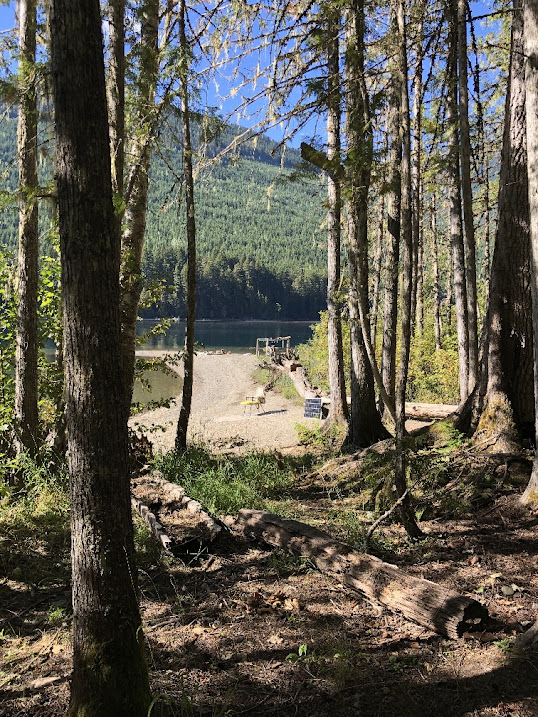 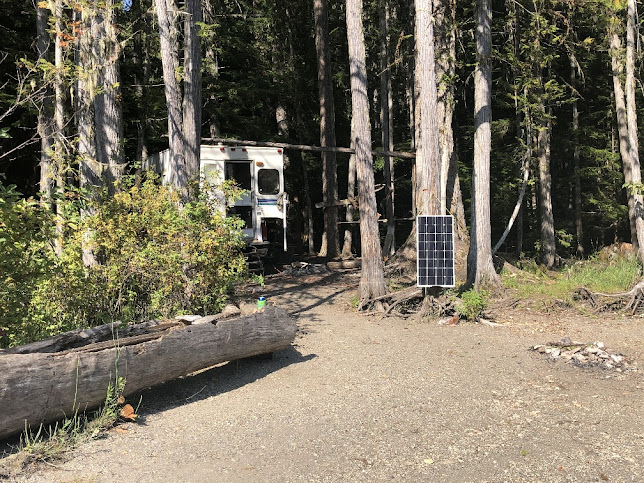 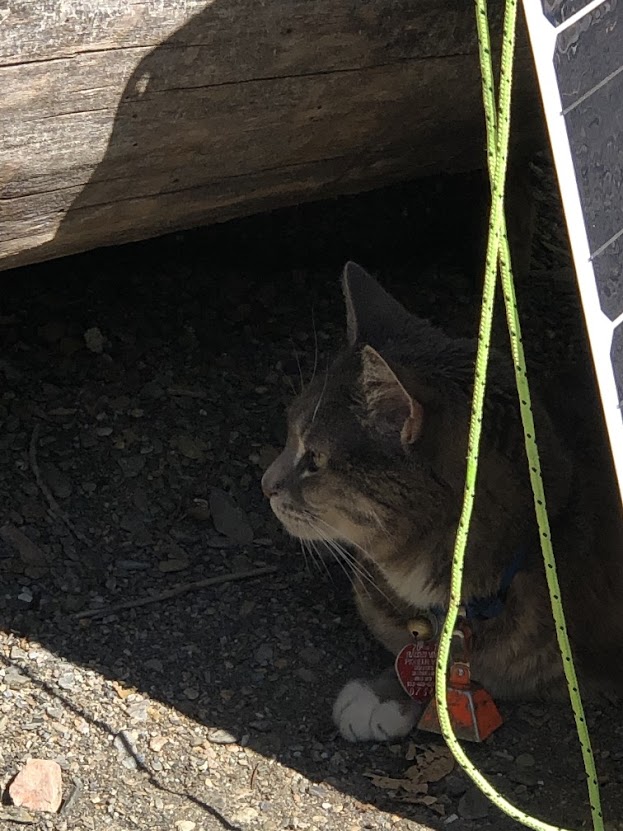 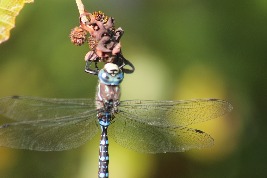 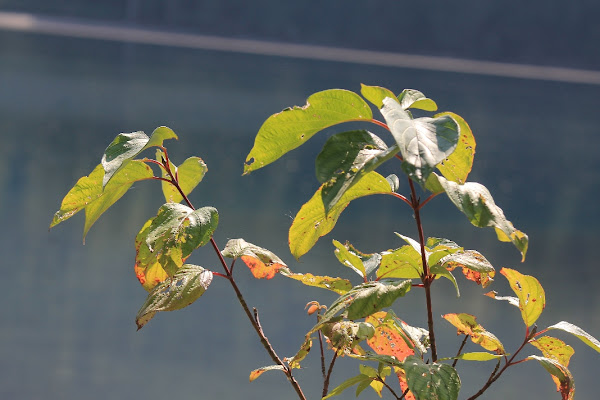 There were thousands of these little moths around.  It seemed like most of them inevitably ended up drowning in the lake. 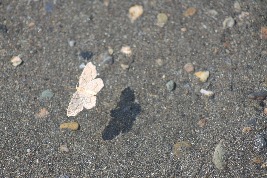 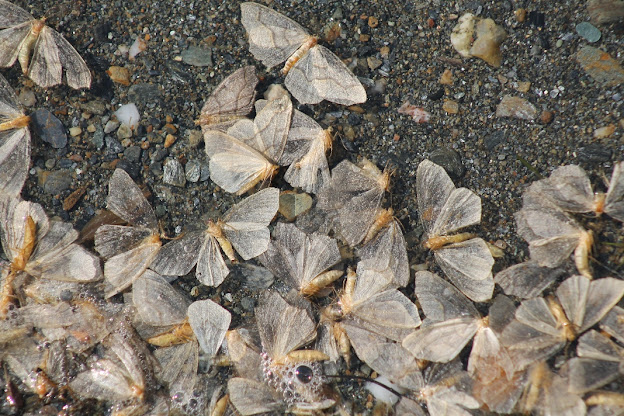 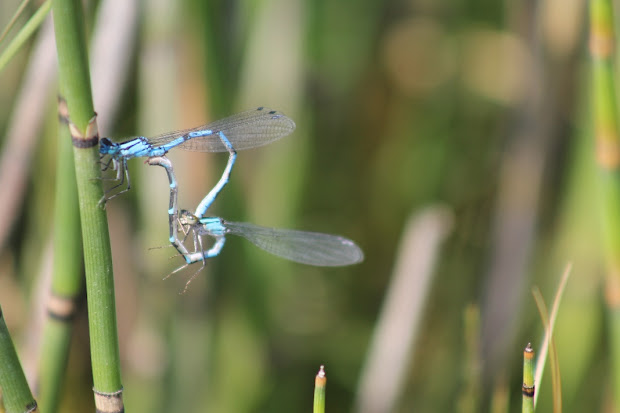 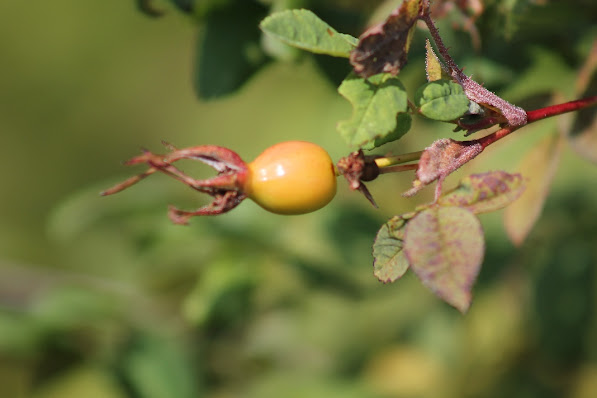 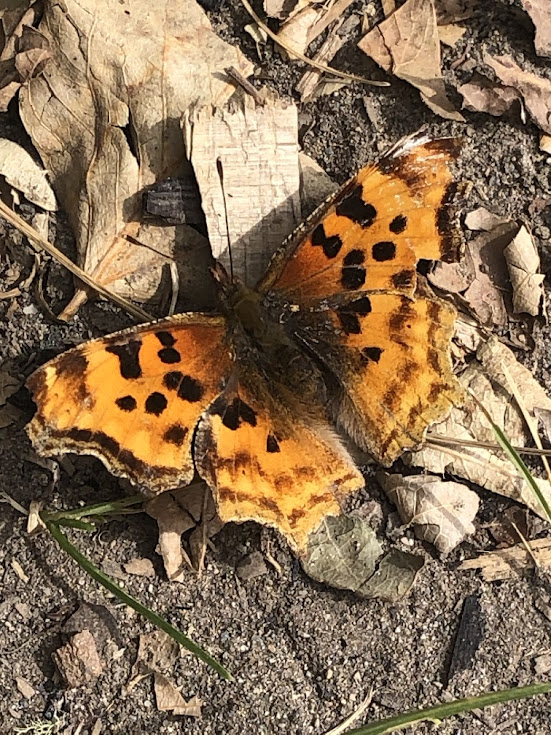 After spending the long weekend in this little bit of paradise, I headed south through the Slocan valley.
On the way through I saw a rather large forest fire burning up in the hills above a friends place, so I stopped in to check on them.  There were lots of helicopters working the fire, but apparently it had been burning for almost two weeks. 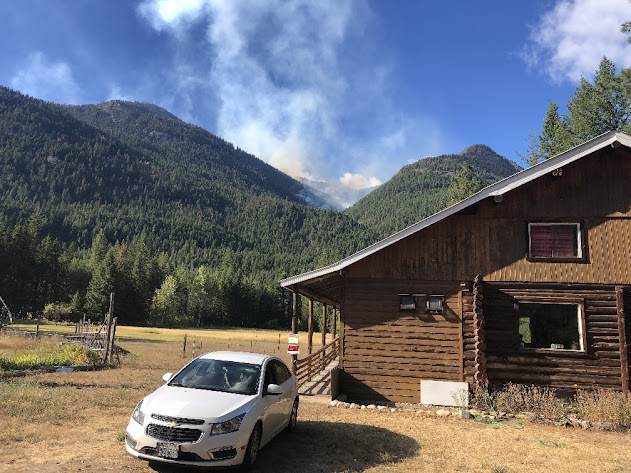 Carrying on further south I met up with Don & Donna for a few days near Creston.
With them I toured around for day trips over to Trail, BC, visiting the old house where I lived a long time ago, and nearby Rossland.  Another day we went up to Crawford Bay on Kootenay Lake.  We must have been having too much fun, as I don't seem to have taken any photos during that time!  And, (Ahem), Donna's blog seems to be even more out of date than mine!
Departing there, my plan to meet up with other friends did not work out, but as a consolation, Hailey and I ended up back at our same camp spot where we had spent the long weekend!  Most excellent, but it took a little more courage to go swimming as the fall weather was getting a bit on the cool side. 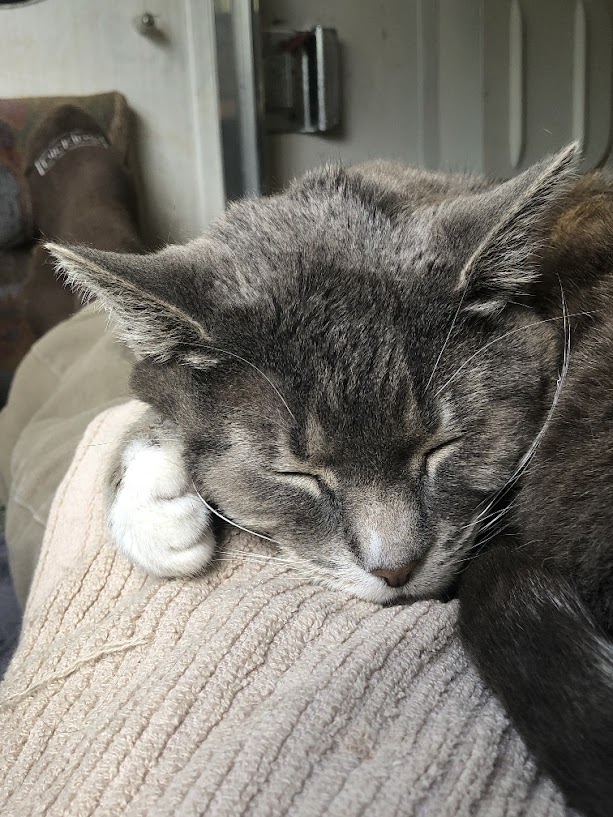 After being home for only two nights, we were off again, into the nearby foothills to make the best of the still decent weather.
Now at home, there is actually about 4-5" of snow on the ground and the daytime temperatures have not gotten above freezing.  The truck camper has been taken off the truck, but there's not much reason to put in the 5th wheel hitch in or hook up, as the border is still closed.  Not looking forward to a long, long cold winter at home, but maybe things will open up later.  Stay warm.  Doubt if the blog will get updated again - till there is something to report or somewhere to go.
at 2:41 pm