From one Paradise to another!

My idyllic lifestyle as ‘official’ hot springs photographer at Wild Willy’s hot springs near Mammoth California came to an inevitable end upon hearing about work beckoning back in Alberta ;-( 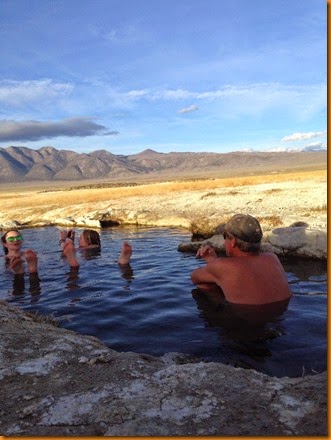 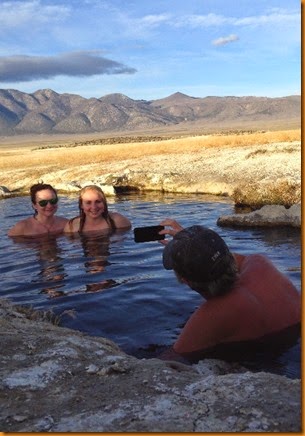 Reluctantly I packed up, and after one last soak in Hill Top spring, Hailey and I adopted our traveling positions and let the miles start to go by.  We re-traced our route (hate it when that happens) back into Nevada, and onto highway 6 before cutting north to Hawthorne and its munitions bunkers, and up past Walker Lake where we overnighted last year about this time.

But this time, instead of Carson City and Reno and back into northern California and Oregon, we picked up I-80 and headed east for Winnemucca.  I’d always wanted to say I’d been to Winnemucca, and now I can!  There is some pretty isolated country in northern Nevada, but the traveling was good, and if anything we had a tailwind. 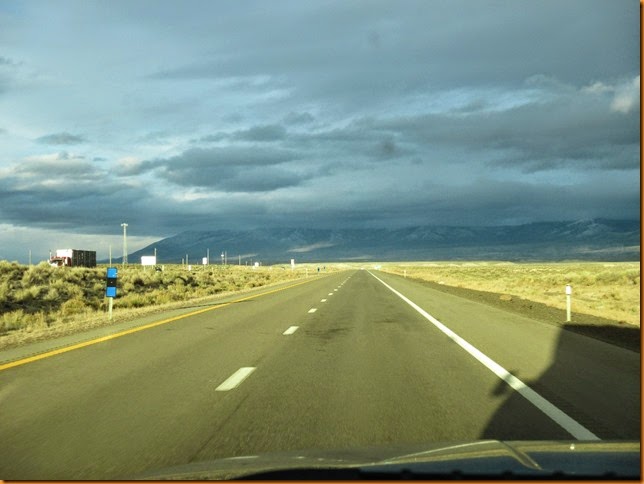 One option was to head north on 95 from Winnemucca, but instead we opted to carry on eastbound to Wells and take 93 north.  With the climate getting cooler as we ventured north, there is not much incentive to take it easy and enjoy the camps, so one might as well drive as long as the sun shines and the eyelids stay open.  We pulled over in a little snow squall coming into Jackpot, Nevada, but carried on north and called it a day in the southern edge of Twin Falls, Id where a Walmart lot provided the required amenities. 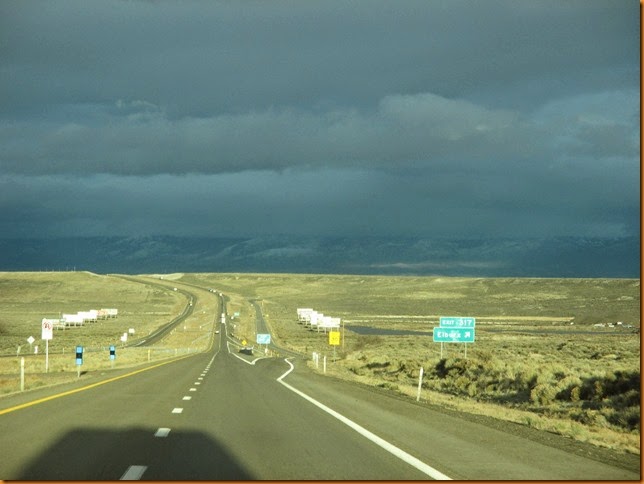 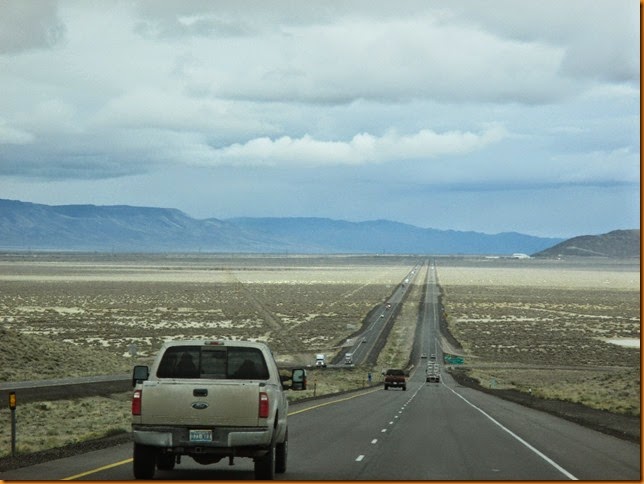 After that, I don’t seem to have taken any photos as we continued northward.  We stayed on 93 north of Twin Falls, where I ignored Hailey’s meows to go through Hailey, Idaho again, continuing north east past Craters of the Moon NM, then from Arco picking up the Salmon river and following it’s very scenic path eventually through the community of the same name.  Must have been some good fishing happening on the river as some sections had boats anchored bow to stern in the channel while the anglers tried their luck.  With the narrow winding roads, the cameras stayed in their cases

From Salmon, the road climbs in a sometimes winding fashion, eventually reaching the continental divide at Lost Trail Pass where we found ourselves in Montana.  There was snow in the ditches and on the ski runs of Lost Trail ski area, but the roads were bare and dry, and the big GM did it’s work without complaint.

Missoula and the Canadian border was in our sights, but due to some miscalculation of miles/kilometers conversion, or a time warp, an encampment was called for in Whitefish, Montana where a few rain showers also tracked us down.

We ran for the border in the morning and made it through without incident, primarily because we were not concealing any poultry with Avian cholera!  With amazing foresight, I had remembered to donate all remaining firewood as well to a roadside campsite!

Last day on the road provided some temptation as we drove past yet another remote hot springs in British Columbia, but we resisted the temptation, and crossed the continental divide one last time before coasting down the east side, and eventually to home base just as darkness fell.  Unlike last year where I could not even smash through the snow drifts in my driveway in 4 wheel drive, this year although returning earlier, there was not even enough snow in my yard to fill a pail or two.  Looks like I didn’t take any photos of that either (?).

and the occasional Christmas card … 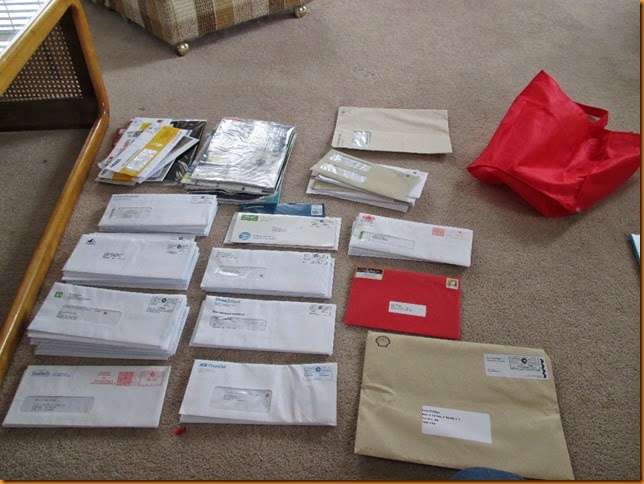 … it was off to save the Alberta forests from burning down!

Before heading out to my own designated tower, I made a trip to another one in the area to help prepare it for opening.  Although the road had been plowed, we still ‘chained up’ to be sure we made it to the top. 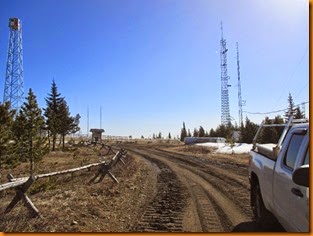 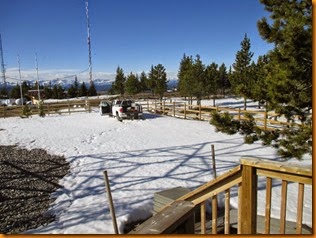 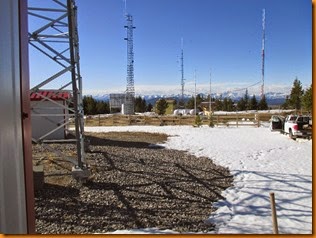 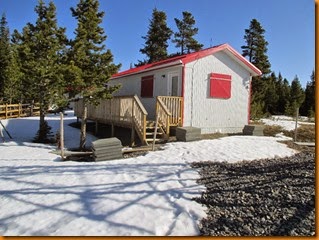 Then Hailey and I packed our bags and our favourite mice to fly in to the tower where we will spend the next couple of weeks!  She’s now a helicopter veteran after our long flights last fall in and out of the tower north of Peace River Alberta.  Once again, she took it all in stride. 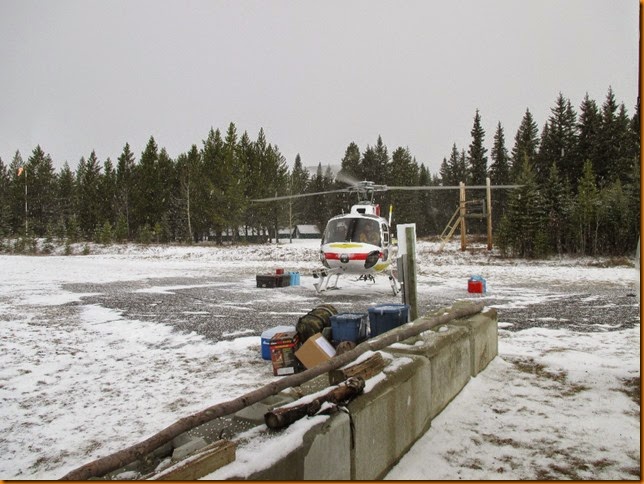 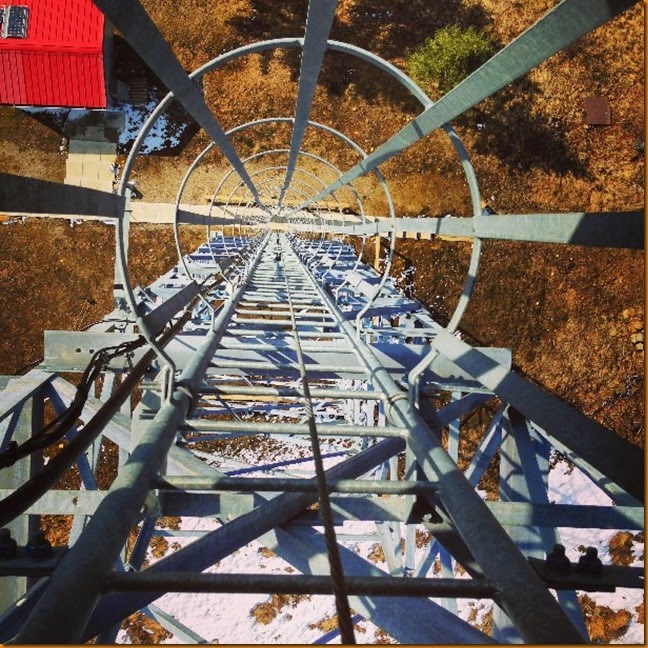 While some of the photos appear a bit ‘snowy’, rest assured that fire season has truly started around here.  With the gusty winds and dry grass around here, crews have been responding to 5-6 fires a day – mostly started by trees blowing onto power lines. 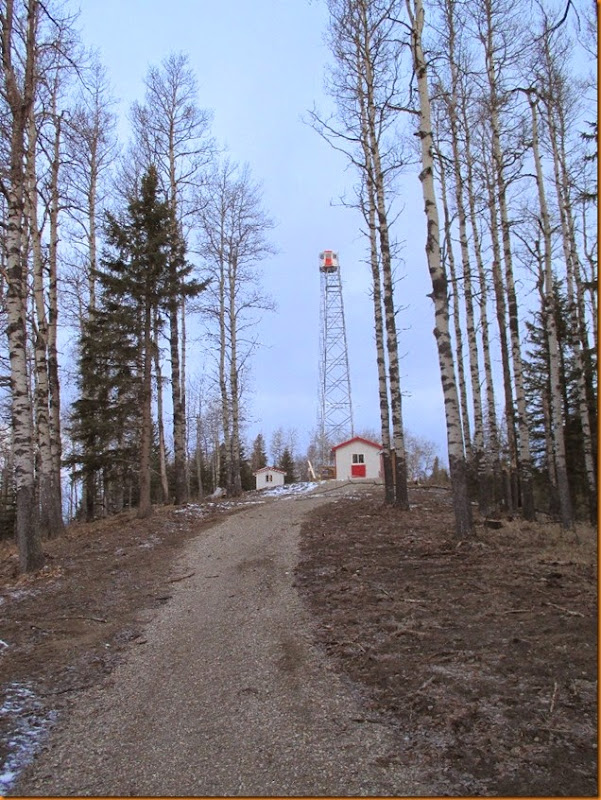 But today, it has started to snow again, and I don’t have my TV at this tower, so I really had no excuse not to update the blog – finally

For the first time in quite a while, it is right up to date!  While out walking around today, I spotted some fresh cougar tracks, and I expect to see some bear sign any day as at least some of the big griz are already roaming around.

I see that the Bayfield Bunch have arrived safely back in Ontario, waiting for the summer’s heat to melt the last of their snow, Wheeling It have started their seasonal migration up the wet coast (where I was planning to be about now), and RV Sue looks like she might be in the same campsite south of Ely, Nv that I was in a year ago on my way south.  And Wandering Willy has even started to plan his route south later this fall!  Alex – Runningliner is also back in Ontario and finding it a bit on the cool side so far.

And finally, the required shots of Hailey, checking out the Sierra Nevadas of eastern California, just before we high-tailed it north. 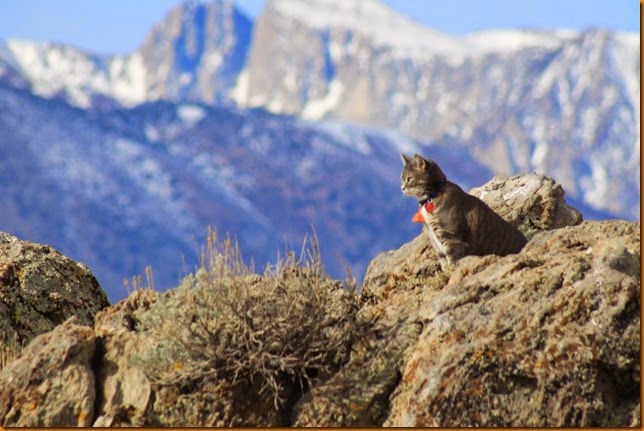 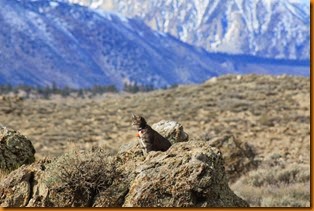 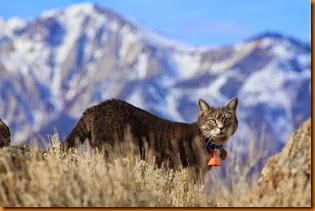 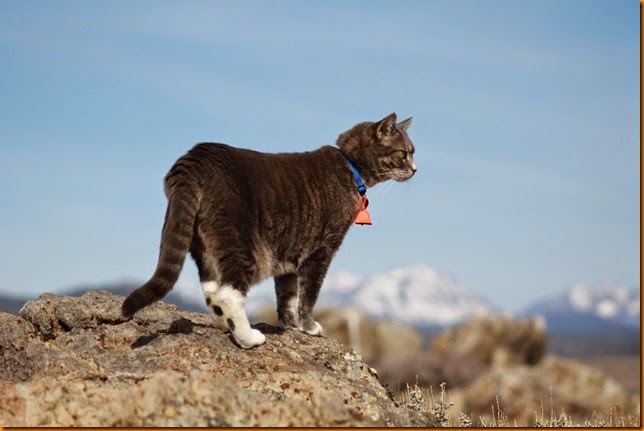