Living the life of a lookout observer is not that different from the RV boondocking lifestyle.  All my power here is provided with solar panels, and all the heat and cooking is provided with propane.   A 2000w inverter is connected to provide power, and all the lights are LEDs.  There is a backup Honda 2000 generator, but I cannot see it ever being required. 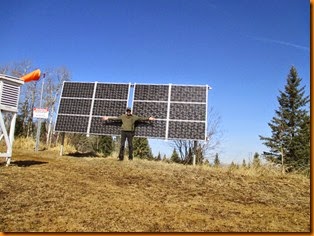 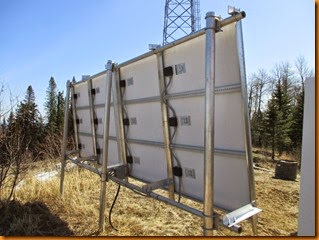 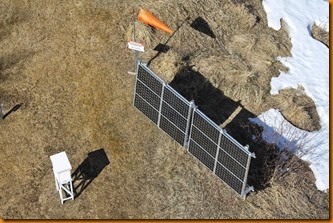 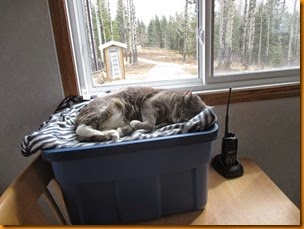 The drinking water and propane is flown in – at least until rainwater collection starts to supplement the water supply.  So the same conservation methods used in boondocking apply here.  The cozy cabin is new, but not much larger than an RV.  Hailey is happy as long as she has her bed by a scenic window.  There is a sink and drain, and an indoor shower stall with a drain, but no other plumbing.  In boondock fashion, I filled a solar heated shower bag with water and left it out in the sun to heat up.  Instead, if froze solid!  When it thaws, it’ll be shower day. 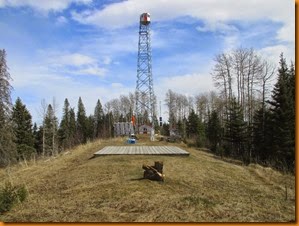 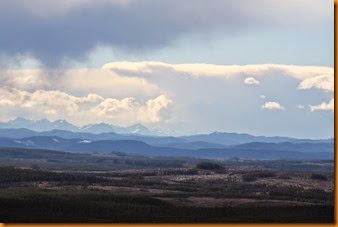 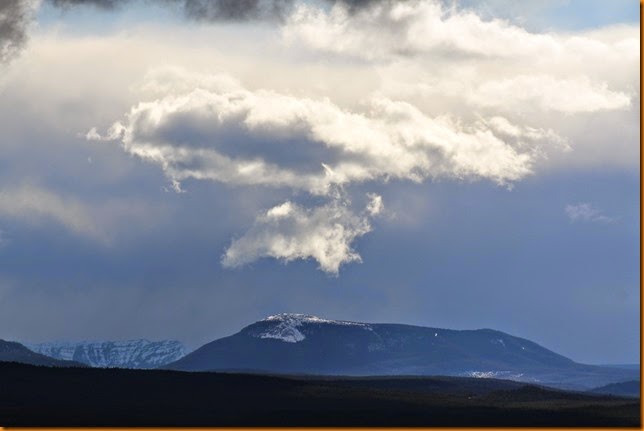 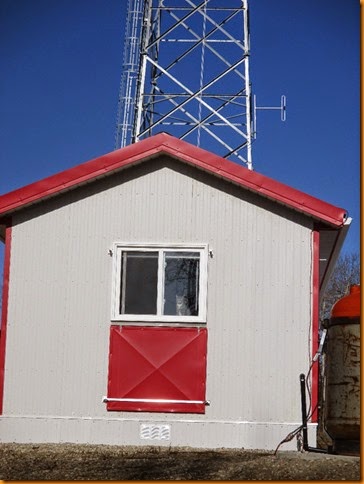 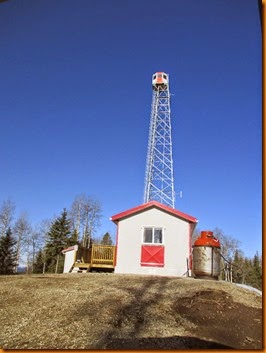 Sometimes, you get to experience a unique view of wildlife in the area.  I spotted these cougar tracks on a trail not far away. 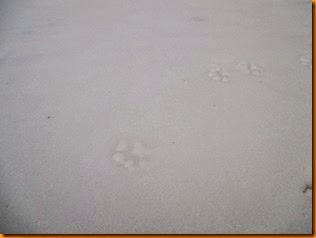 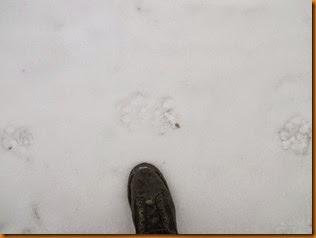 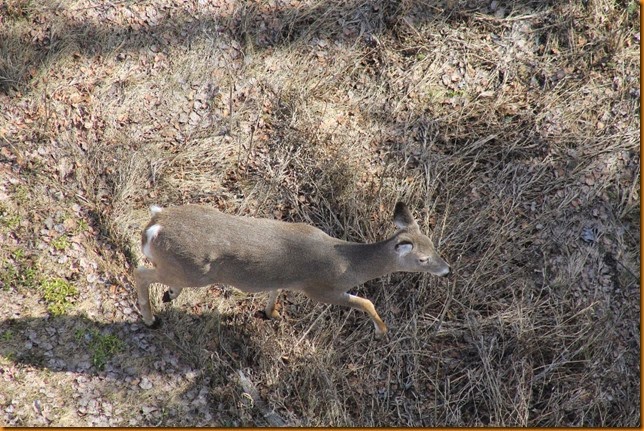 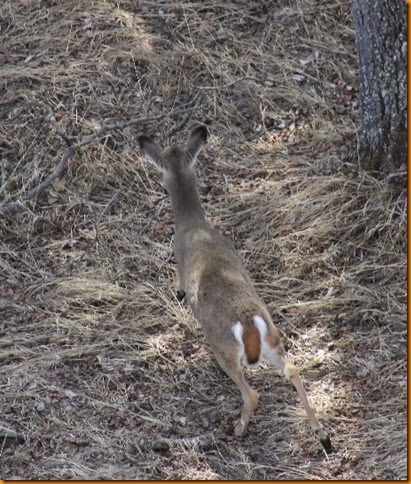 And have no idea that I’m watching them.  Four of them decided to have an afternoon nap right below me. 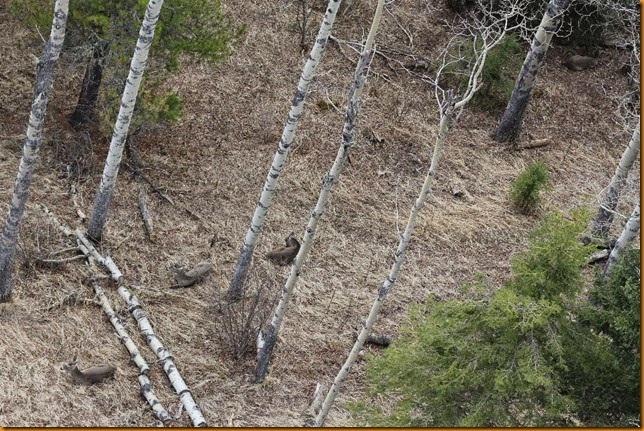 Nobody jumped out of this plane, but it reminded me of the airshows I got to see while camped on Lake Mead. 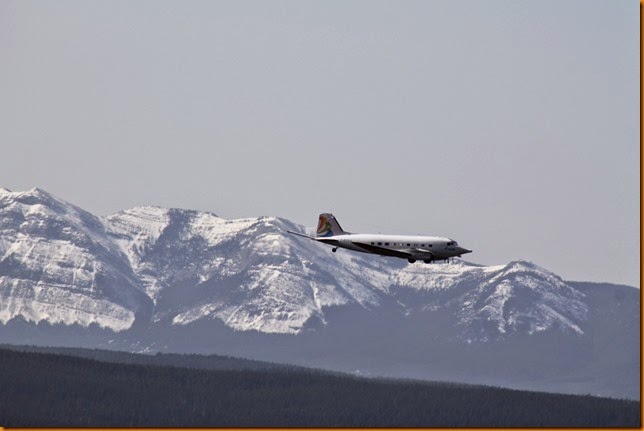 It was conducting some sort of geotechnical survey in the area and was usually not much above tree tops and usually below the height of my office cubicle.

There can be some long days in the lookout when the hazard is high, but watching videos of the Quebe Sisters Band can help pass the time.  You will recall that I met them when they were playing in Apache junction.  They are now on tour with Asleep at the Wheel. 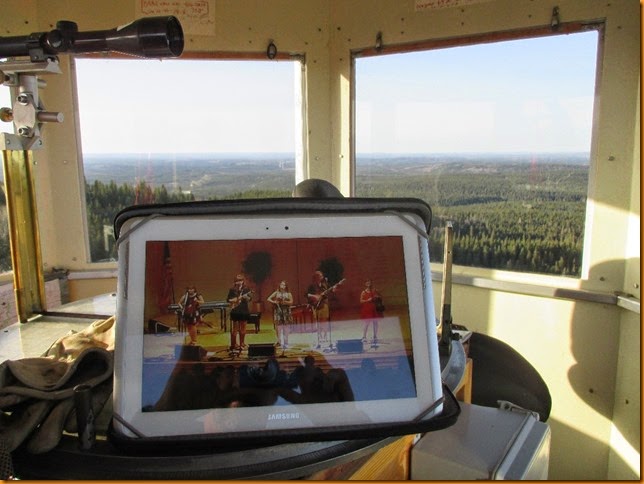 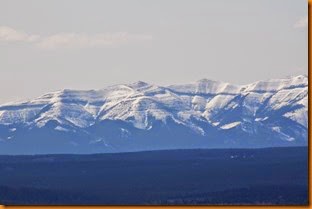 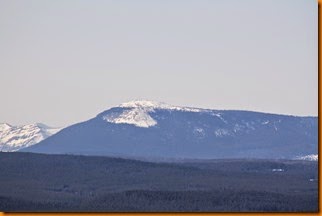 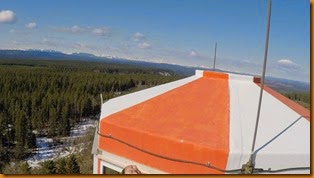 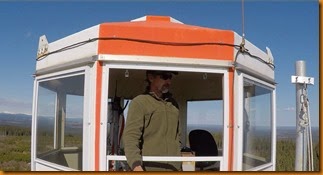 After Hailey and I got dropped off out here, we were expecting to stay about 2 weeks until the regular tower staff show up.  Not surprisingly, that changed and our parole was denied, and we were asked to stay even longer.  That meant some imminent shortages of food were about to occur.  Catching mice and trying to lasso a deer did not seem to be workable alternatives, but fortunately we were able to convince a passing fire patrol helicopter to drop us off some additional supplies. 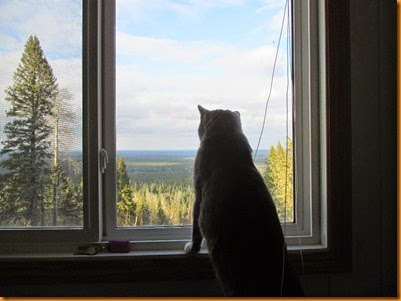 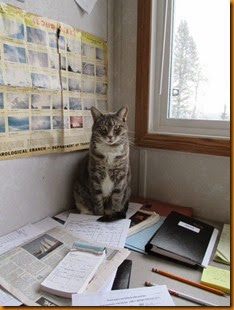 By the end of the month, I should be back to my regular job managing a primary fire base, but hoping some opportunities to fill in at other lookouts around the province may come our way again.  In the meantime, we are envious of Wheeling It and others who are still sitting in the hot springs of eastern California and taking seriously their duty to report on the best breweries in the west!  John & Brenda are now back at Dogpound north with their shivering Arizona horses!  Perhaps when Sassy takes up summer residence in BC, she’ll report on her neighbour Wandering Willy?

Ok, that’s enough name dropping.  We’ve got ‘work’ to do! 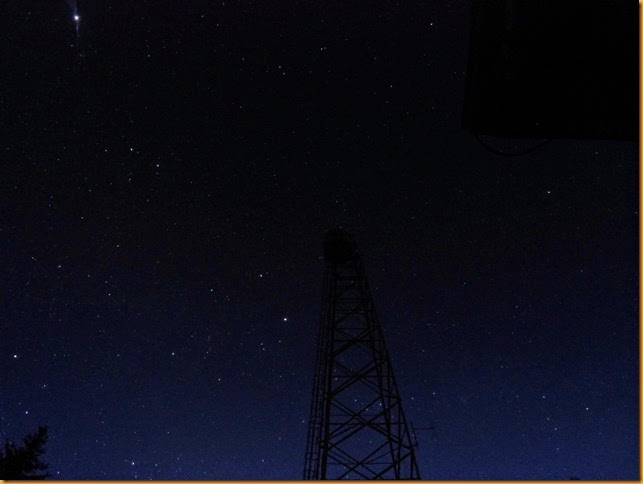