The traffic noise and the lack of waterfowl at the Pahranagat NWR had made the decision to leave early an easy one.  Once again, for forecasts for further north around Ely, Nv did not appear to be too inviting.  The Sierra Nevada mountains of eastern California were also looking cool and Mammoth mountain ski area was still open, but the big attraction there is all the free hot spring pools scattered about the wide open landscape.  It was a fairly long drive over some high mountain passes, but they were all found to be bare and dry and provided no issues. We took the ‘extraterrestrial highway’ without getting abducted by aliens or buzzed by any stealth craft from Area 51.  We did get checked out by California ‘customs’, but had nothing of interest to them. 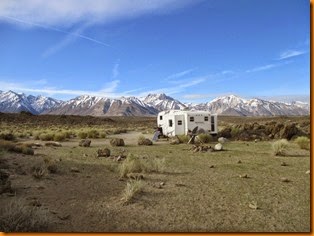 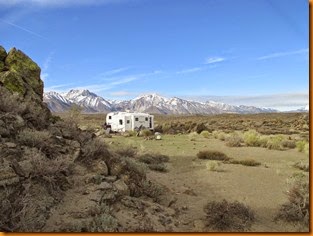 It didn’t take long to find a very scenic spot not far from Wild Willy’s hot springs.  I don’t think they are related to former blogger Wandering Willy, but you never know! 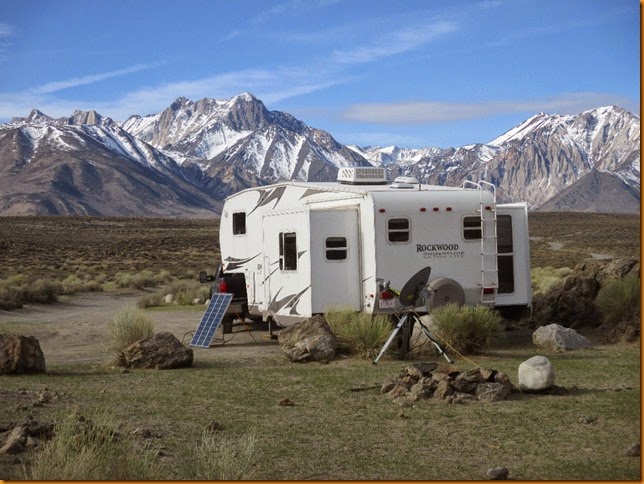 There are at least a half dozen free hot springs within a few miles, of various sizes and popularity.  So you may be able to choose your favourite type or view, or company.  But most of them are also well known, and within 20 minutes or so from Mammoth Lakes, so they can get rather crowded at times. 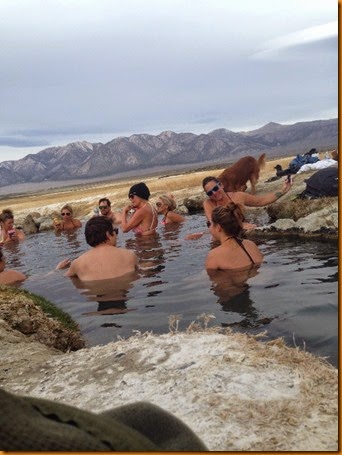 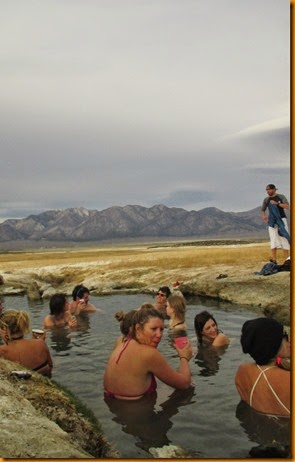 Other times, if you are lucky you might have one of them all to yourself. 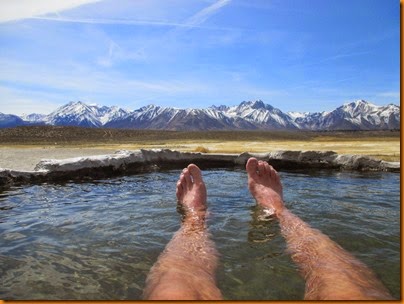 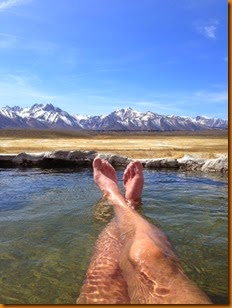 Other times, you may get forced to be a photographer! 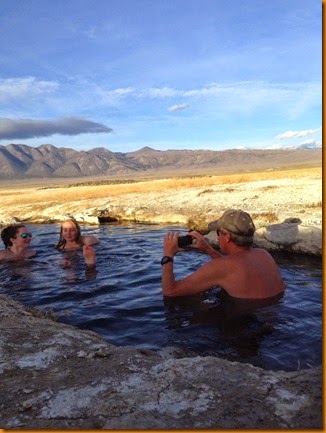 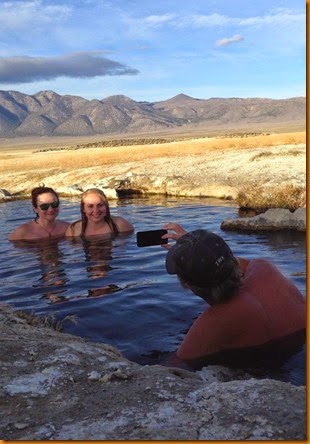 I did find myself alone at a couple of the springs, so I took advantage and took a photosphere picture to add to Google Maps.  You can see them here …

Most of the hot springs are quite natural, but most have a little concrete, and some even have convenient valves so that you can control the water temperature fairly easily.  Nice!  Several also have drains to aid in cleaning.  Several have well maintained walkways to prevent trampling of the sensitive terrain. 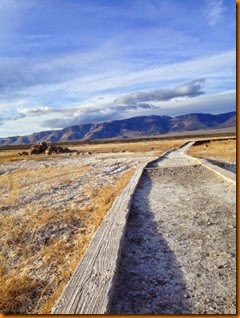 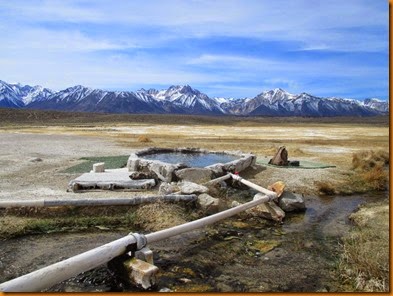 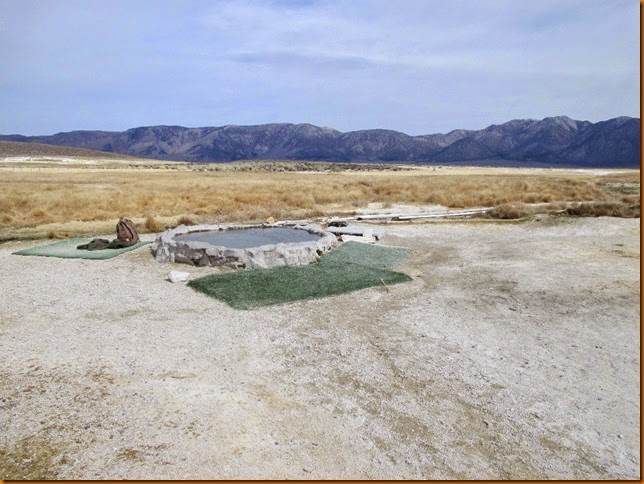 I don’t usually plan anything much more than a day or two ahead of time, but with the cooler weather to the north, and about a month before I was to join the forest protection people up in Alberta, I had kind of envisioned a rather relaxed trip up the west coast.  Hey, if I moved slow enough, Wheeling It might even overtake me on their run north from San Diego.  I knew that Wandering Willy was already at home in BC, as well as Jean & Skip.  And the Bayfield Bunch are well on their way north east back to Ontario.

But alas, it was not to be. Fire season is starting much earlier than usual this spring due to a lack of snow cover, much of which has already melted.  So I got a call asking me to show up a month ahead of schedule to sit in a tower for a couple of weeks till the regular lookout observers get back from their winter hangouts.

Reluctantly, everything was packed up and loaded aboard in preparation for a fast run back north to Alberta.