We spun the compass upon leaving Quartzsite, having no real destination in mind.  It ended up pointing to the north-east, so off we went, beyond Hope (!), and through Wenden and Salome and other towns along that route.  At the highway 93 junction we turned north, and before long we were in the canyons and valleys past Nothing, but before Wikieup.  We pulled off at Burro Creek, but rather than pay $14 to listen to generators and have no cell service in the campground, we carried on up the hill to a nice high, scenic spot with great views and no neighbours.  There was also a view of a new T-Mobile tower, but since we are on satellite, cell service is a bonus, not a necessity. 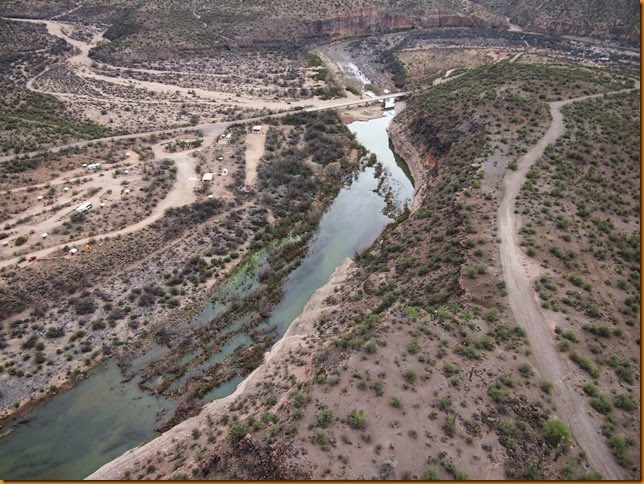 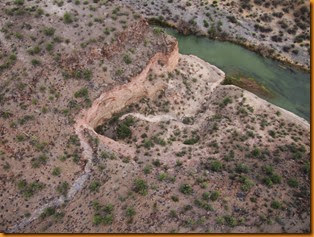 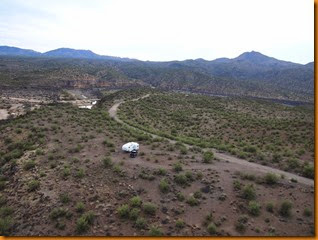 Back to Quartzsite for a minute.  Like others, I noticed a blond lady waving a sign advertising an RV dump at the corner on Hwy 95.  It wasn’t till I had been there a week and seen it mentioned in someone else’s blog that I realized it was a motorized dummy!  Guess that’s why she didn’t wave back 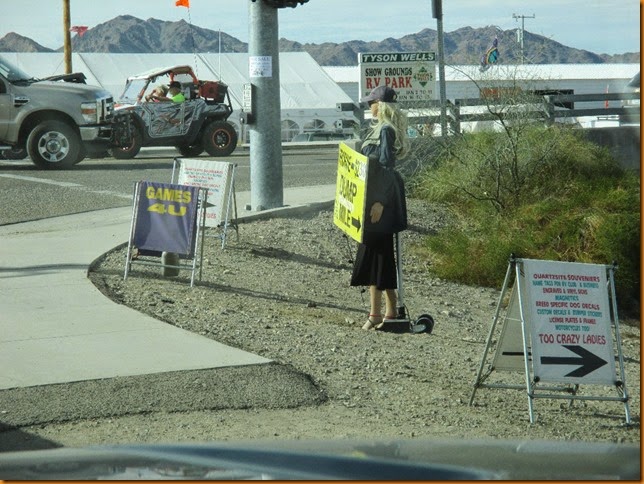 Also on the cutting room floor I found a photo that missed my last blog post – of some of the many signs set up to lead various camping groups to the correct area in the vast BLM boondocking areas during ‘high season’ in Quartzsite. 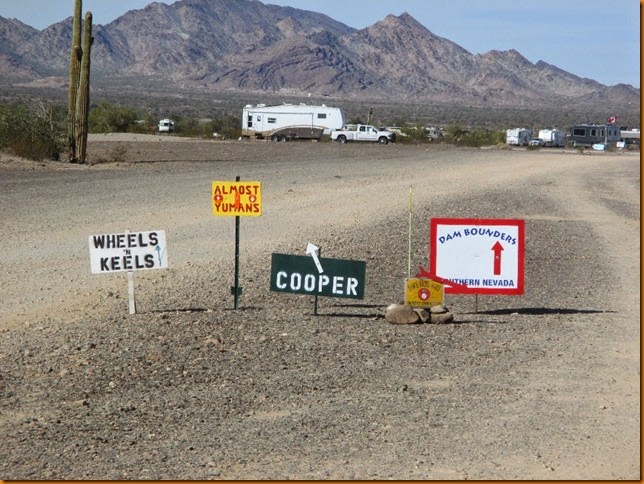 Now, back to Burro Creek.  If you don’t mind dodging a few cows and the occasional wild burro while hiking down a nearby wash, you may find yourself at Kaiser hot springs.  Visitation varies by the day, and the first day in it was a bit too crowded for my liking, but the next few times I had it almost to myself.  I took a garden hose in with me one day, and used it to siphon off some of the loose debris and silt that inevitably accumulates in some of these places, which greatly improved the water clarity.  Its in a fairly narrow canyon, so it only gets sunlight during the middle part of the day. 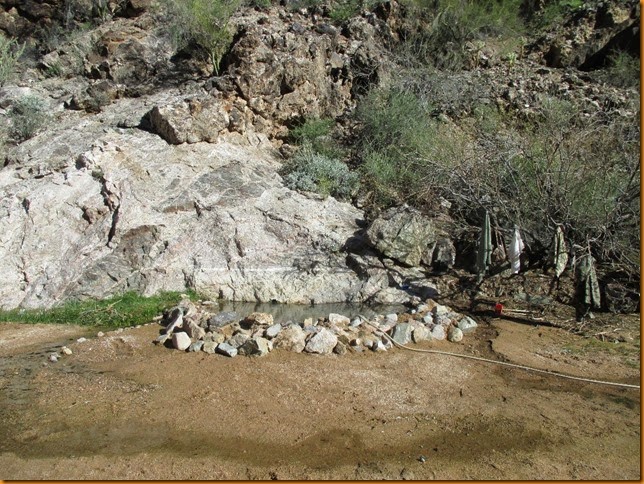 With a high clearance 4x4, you can actually drive within 300 yds of the pool, but I preferred the 30 minute walk in from the highway.  Along the way, there is a ‘rest area’, or someone’s idea of a camp on the edge of the wash 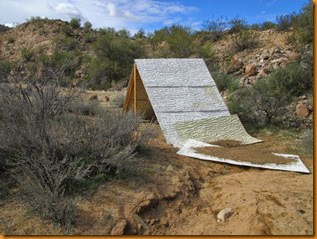 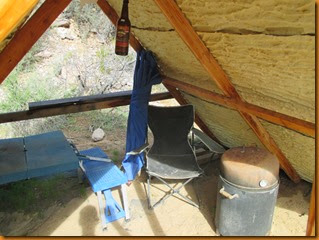 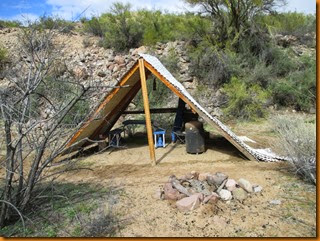 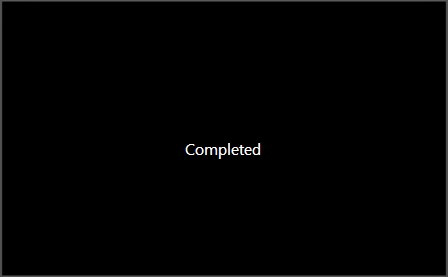 It was too nice outside to watch the first half of the Superbowl, but after the sun went behind the mesa, I watched the 2nd half and saw the famous catch while lying on his back, and of course the infamous pass and interception at the goal line.  I wasn’t cheering for either side, but it sure was an exciting finish.

After a fill of hot springs soaking (for now) we were off to points further to the north east.  Bagdad is a small copper mining town (a real company town) on the way to Prescott.  Only four miles off the road I was on and boasting a pool and aquatic center with free admission was enough to lure me in.  Being a small town where signs are not really needed, there was no signs indicating the pools location, and even when I found it (?) there were no welcoming signs or obvious ways to tell where it was.  The web site did say the hours varied by season, so it may have been closed?  I grabbed a few essentials at the Basha’s store and carried on towards Prescott.  After a cool overnight at a Wally world we were off again for Cottonwood and Sedona, where some friends were staying while doing some hiking in the area.  I found my ‘usual’ spot on forest service land available near the model aircraft flying field, and was soon set up, anticipating the inevitable hot air balloon overflights in the morning. 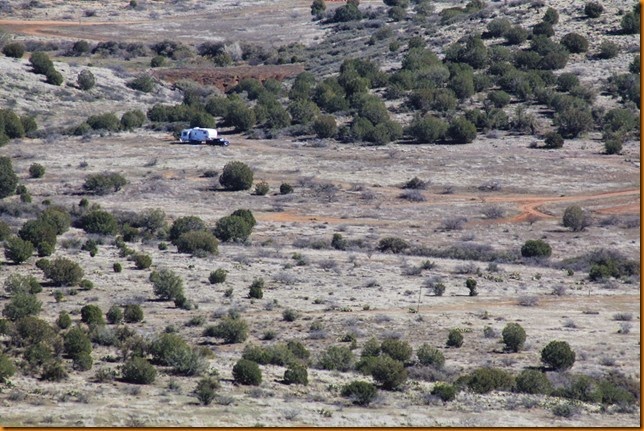 They did not disappoint, in fact they had landed balloons on the access road one day and actually had to drag them off to the side so I could pass! 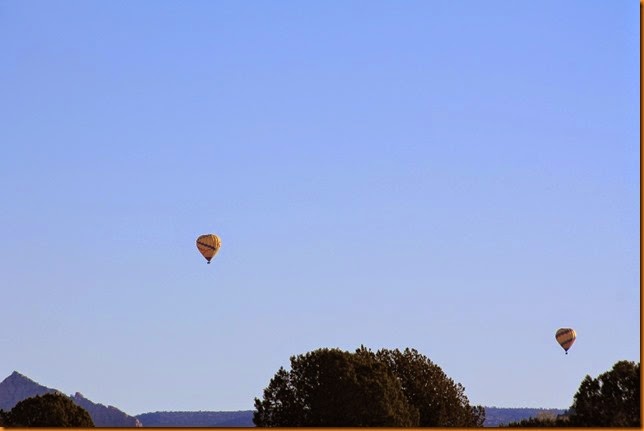 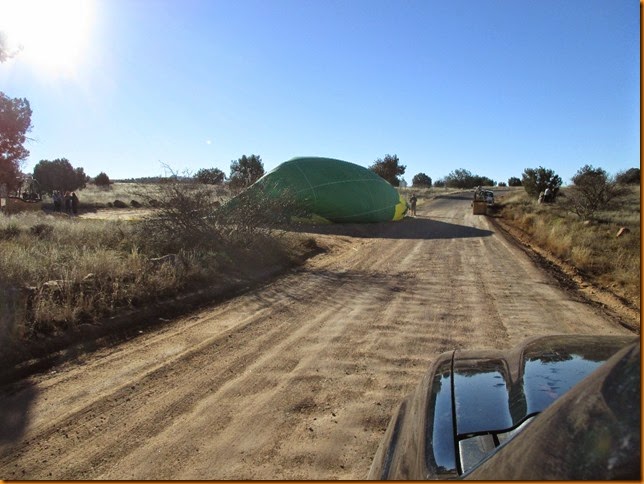 Other low flying aircraft in the area included this one. 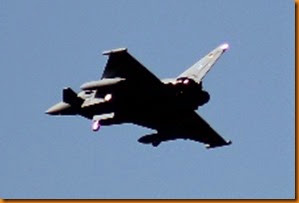 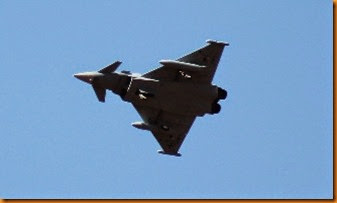 It was not a real fighter, but a radio controlled one – but using a real jet engine! 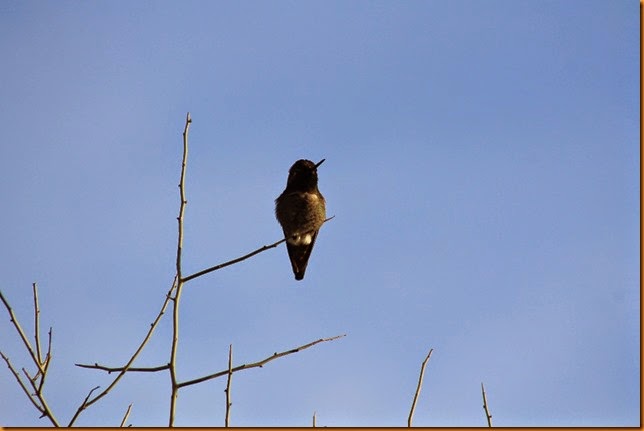 And the usual Sedona scenery was all around … 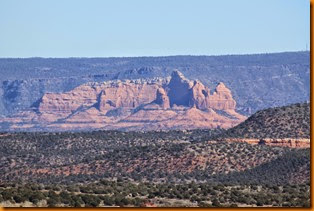 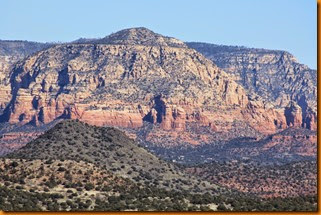 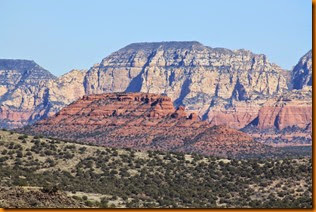 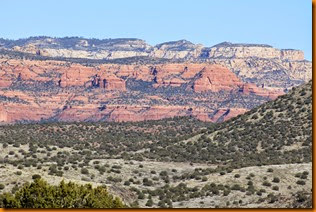 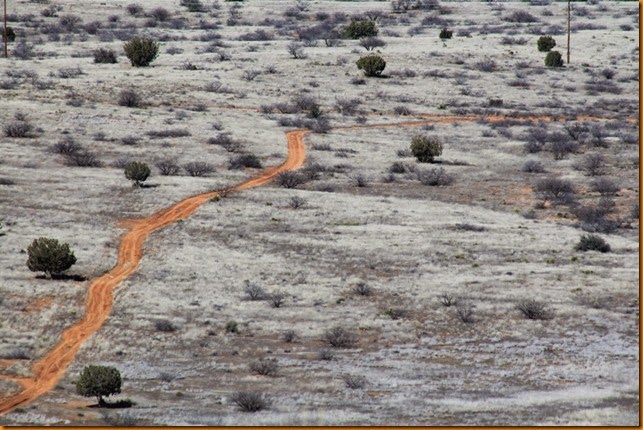 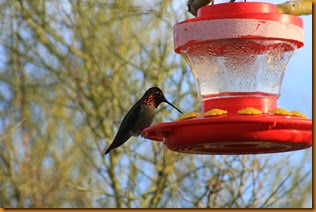 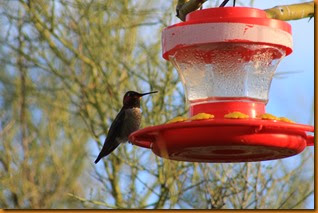 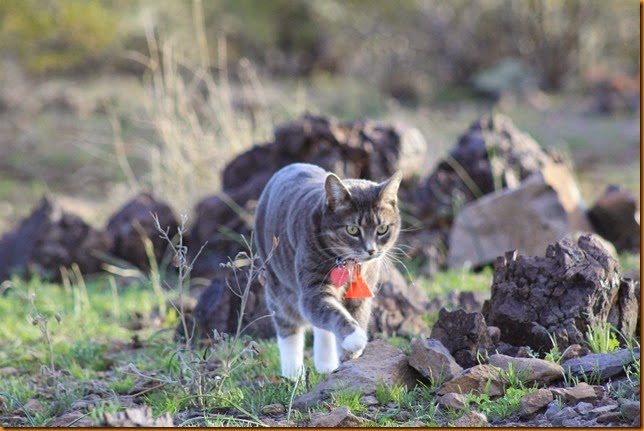 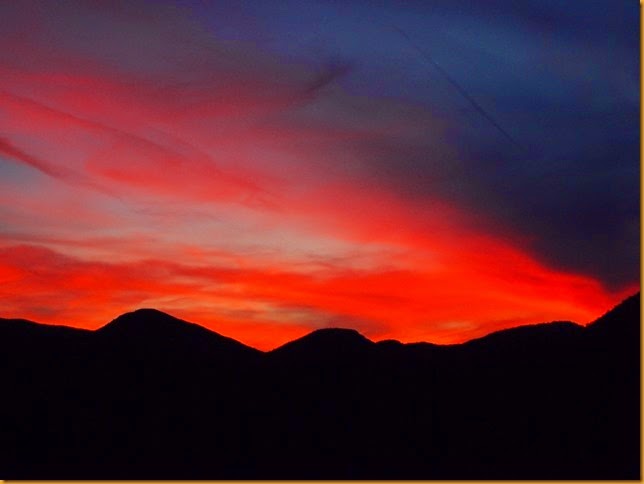