After leaving Don & Donna at Abraham Lake, the intrepid Hailey and I headed west, and into Banff National Park. 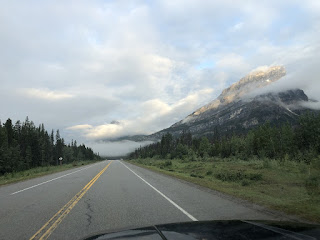 The old entry gate was shot full of bullet holes a few years ago (it was closed at the time), and then succumbed to a suspicious fire.  They had a temporary gate operating at the old location, but I see a brand new one looks almost ready to open at the junction of Highways 11 & 93 - the Icefields Parkway. 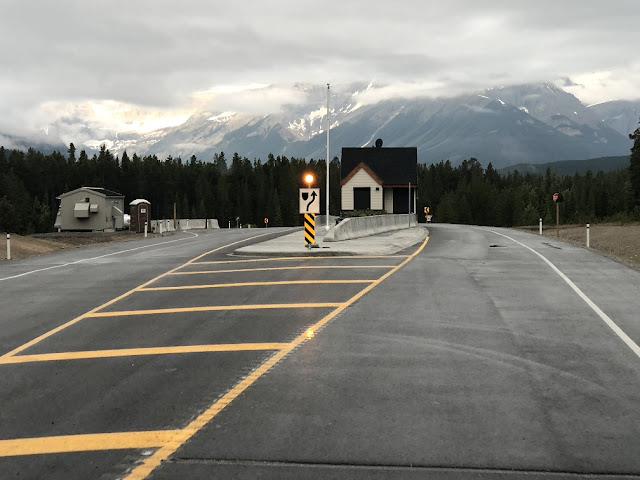 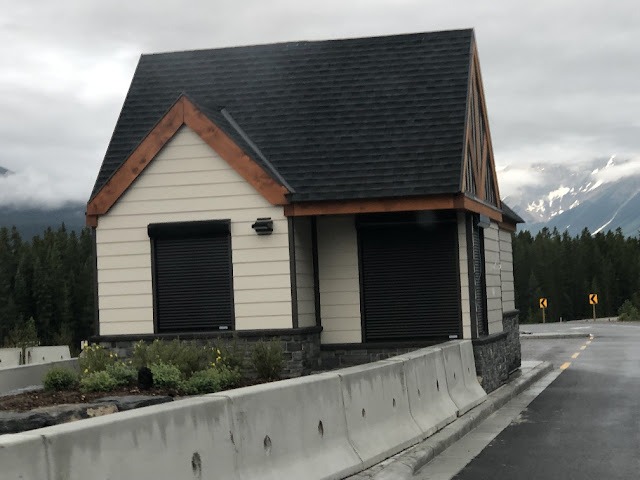 From there we turned northward and soon found ourselves in Jasper National Park (I used to work in both of them).  We blew past the Icefield Centre before stopping at the Sunwapta (formerly Warden Station).  I lived there back in '85 for a bit, as well as 4-5 other wardens and their wives, and also worked a backcountry district on horseback from there.  It's pretty sad to see it virtually abandoned and boarded up. 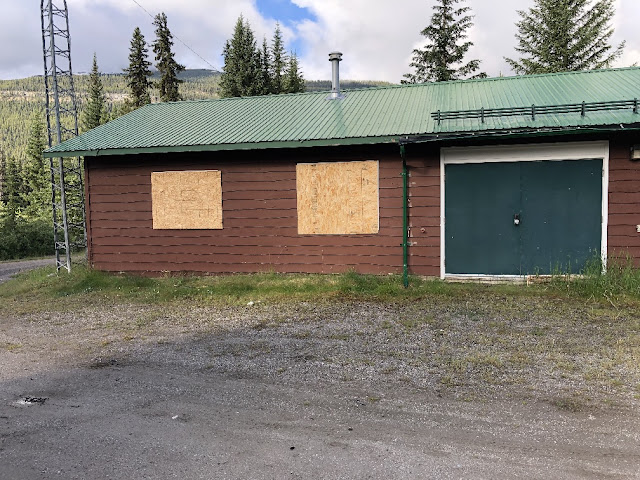 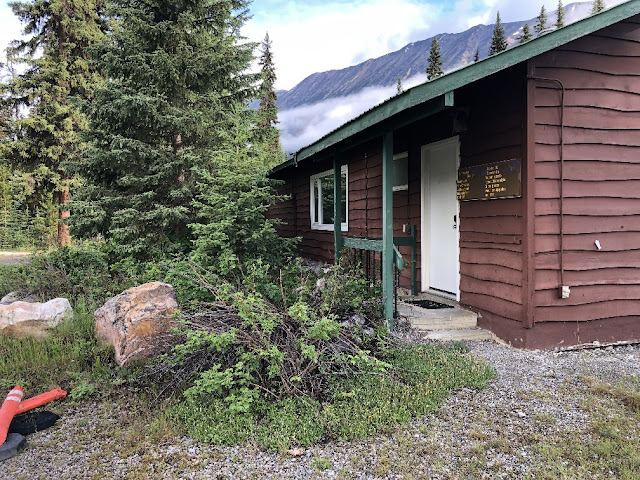 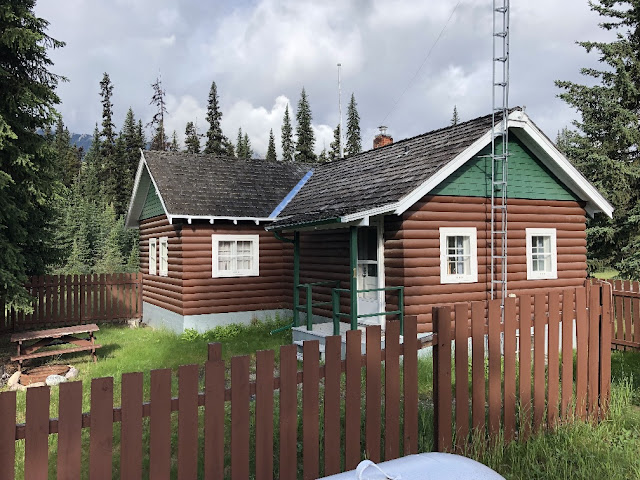 A sign at the trail head states the obvious.  Very little to nil trail maintenance is done in the remote areas now, so the sign warns that all bridges and other structures should be evaluated prior to use.  Sad. 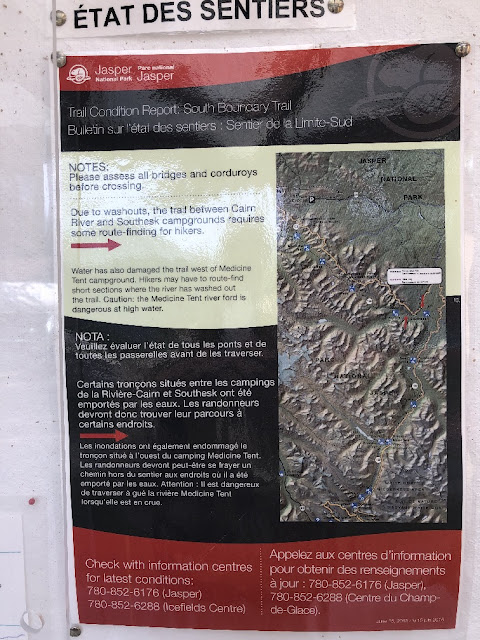 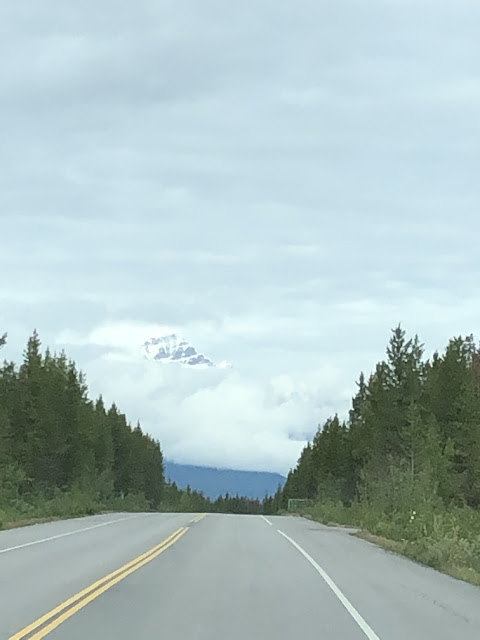 On the way north we madea quick stop at Horseshoe lake for a look around.  The clear waters and vertical drops make it popular with divers. 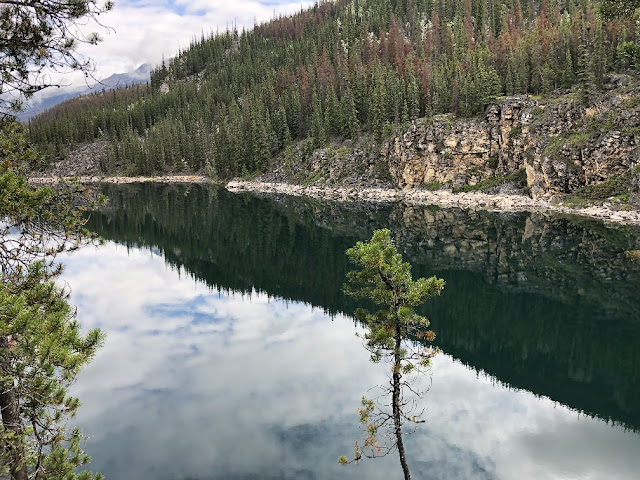 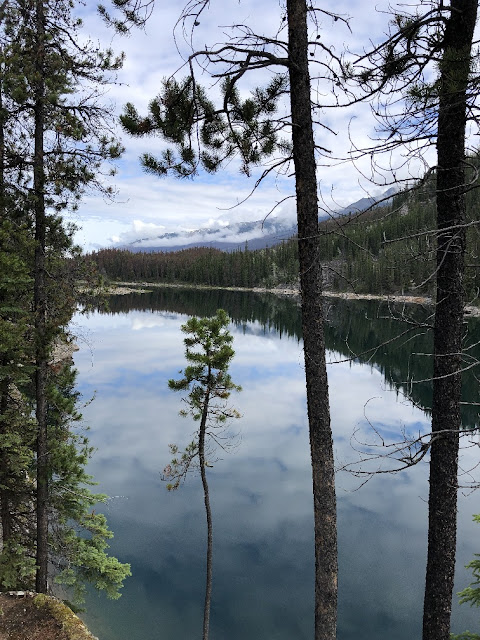 From there it was up to Maligne Lake, where I was stationed (twice).  For three years, I was the only year-round resident at this iconic lake.  At that time, I had boats at the dock out front, horses in the corrals out back, and in the winter snowmobiles for setting ski trails.  The horses are long gone, and I think even cross-country skiing is restricted most of the winter - an effort to protect the dwindling herds of caribou. 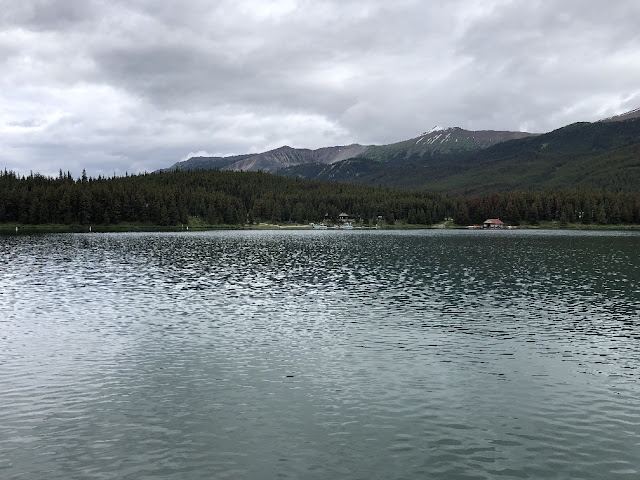 My old office/shop.  I used to live in the back of an even older building there on my first tour, then in the main house on my return. 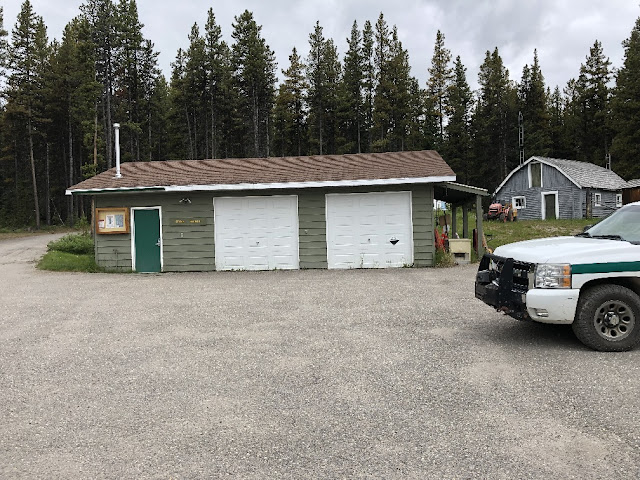 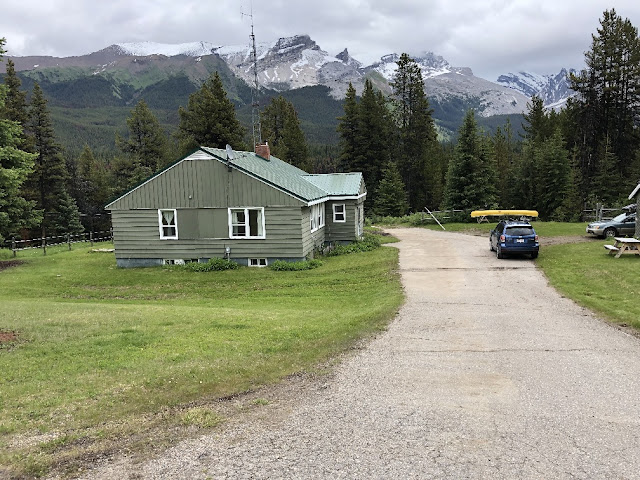 Looking down the trail to the dock. 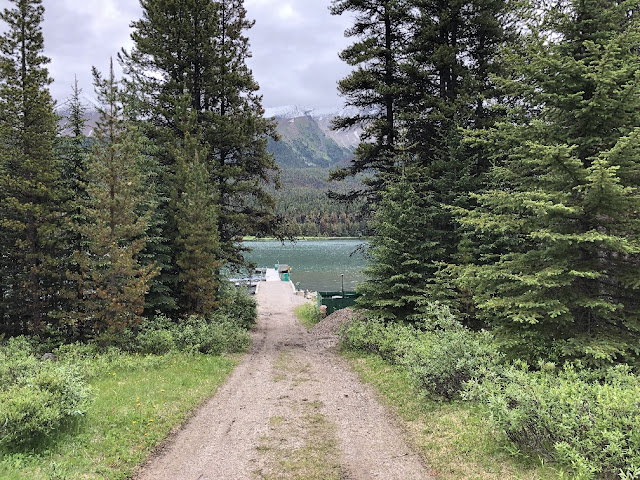 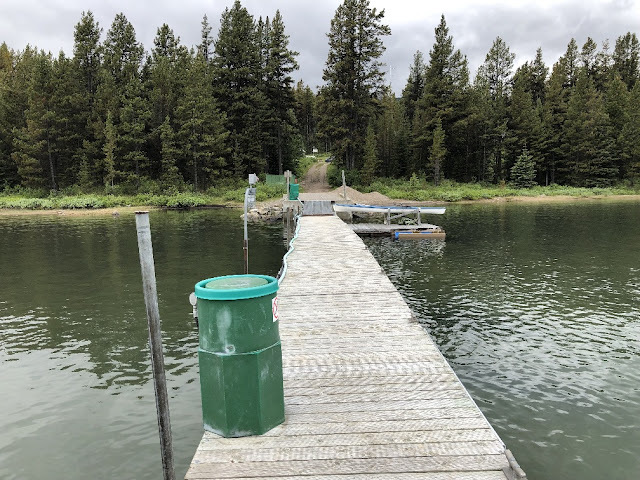 After Jasper we headed west into BC, and Mt Robson provincial park.  Mt Robson in the highest in the Canadian Rockies at 12, 972' if memory serves me correctly.  I never actually 'worked' in Robson park, but when I was patrolling the north boundary areas of Jasper, I had to ride my horses through Robson Park, past Kinney and Berg Lake to reach my first cabin in Jasper.  Actually, it was mostly walk - as the horses were fully loaded on the first day of a 17 day patrol.  The first of my patrol cabins had a stunning view of the north face of Mt Robson. 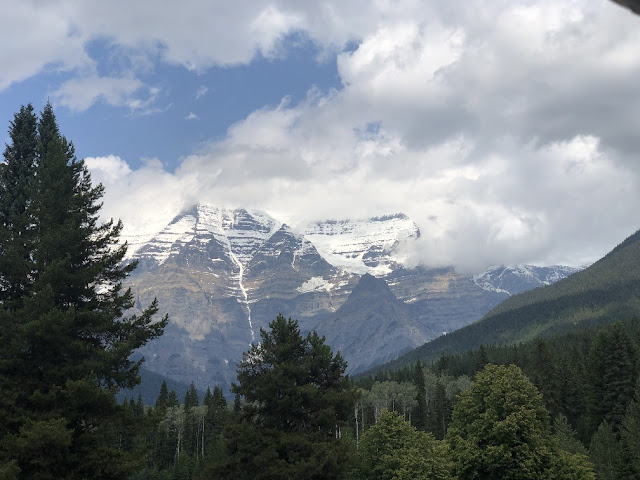 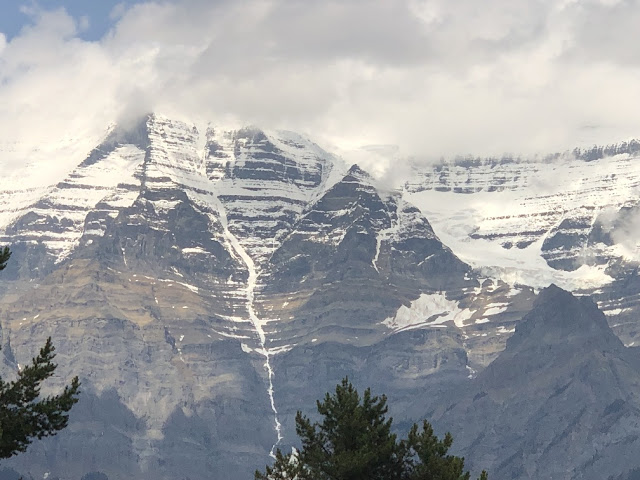 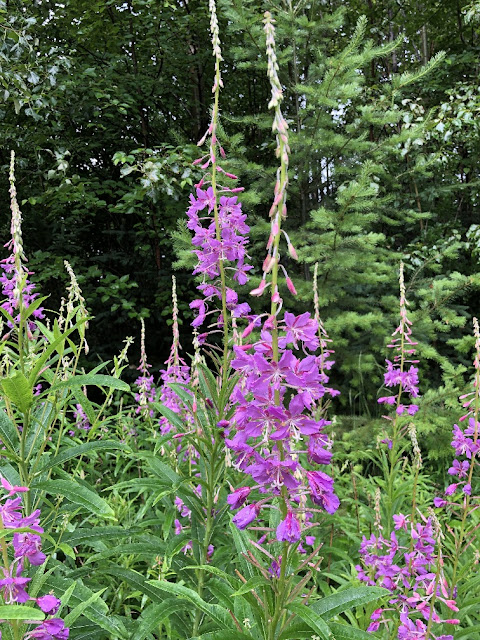 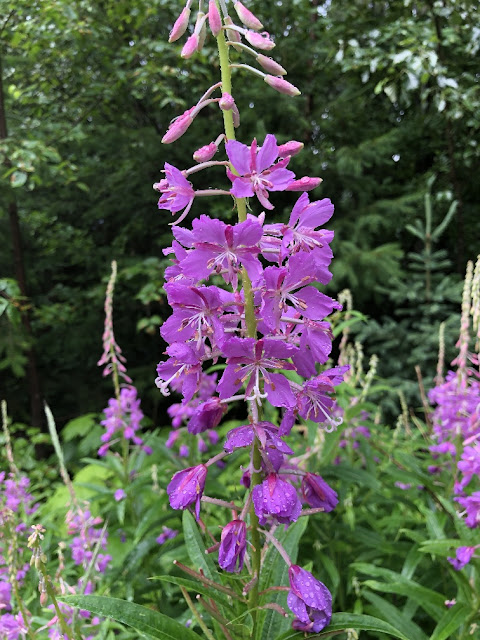 Further to the south west, we finally had the time and some half decent weather to have a look into Wells Gray Park, known for it's many spectacular waterfalls. 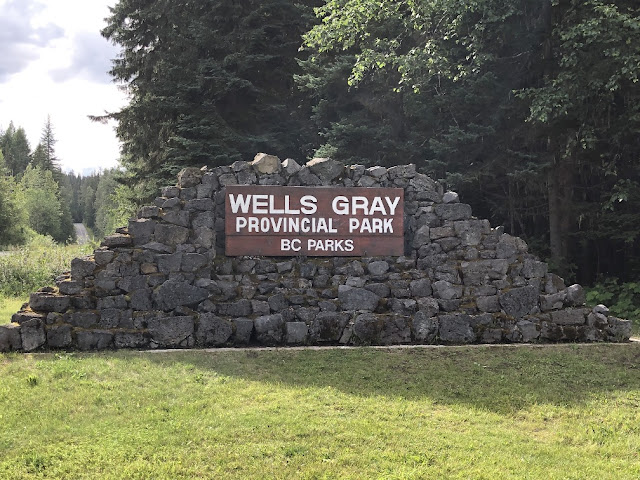 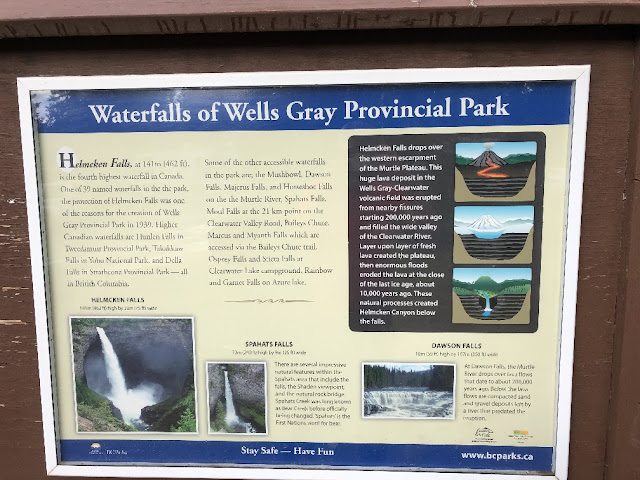 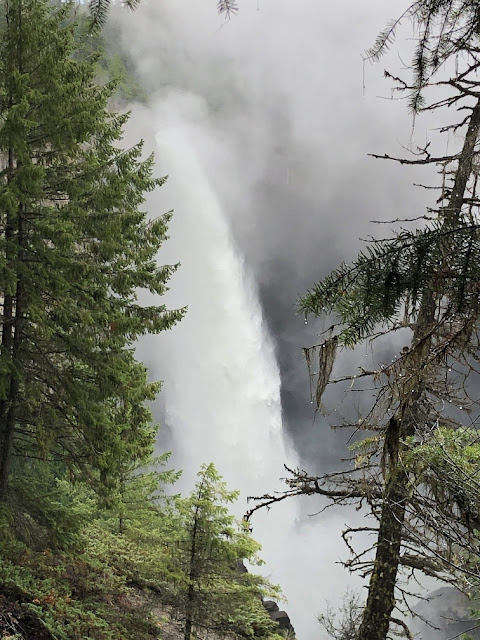 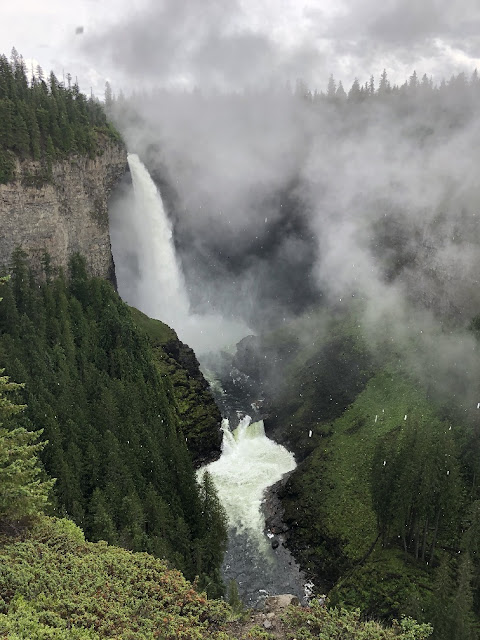 Here's a couple videos of a couple of the falls. 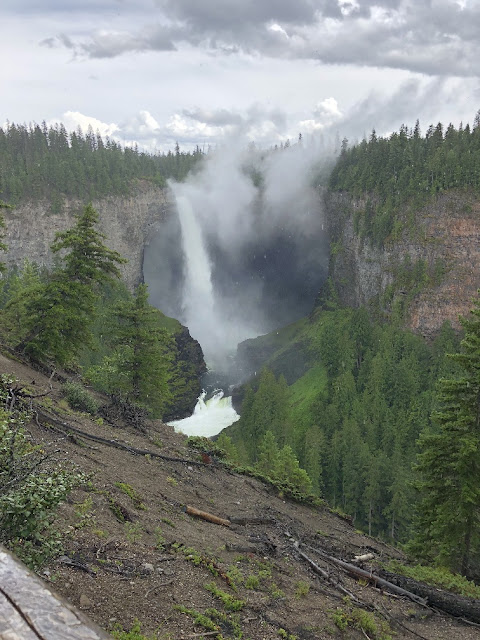 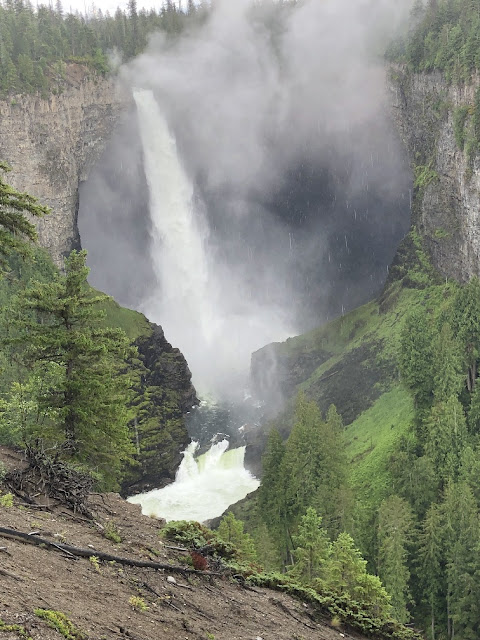 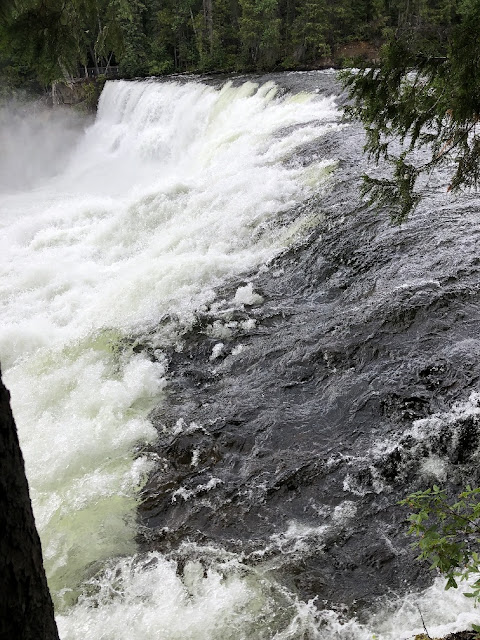 I guess during the salmon run, there are lots of bears around, but there were none visible while we were there. 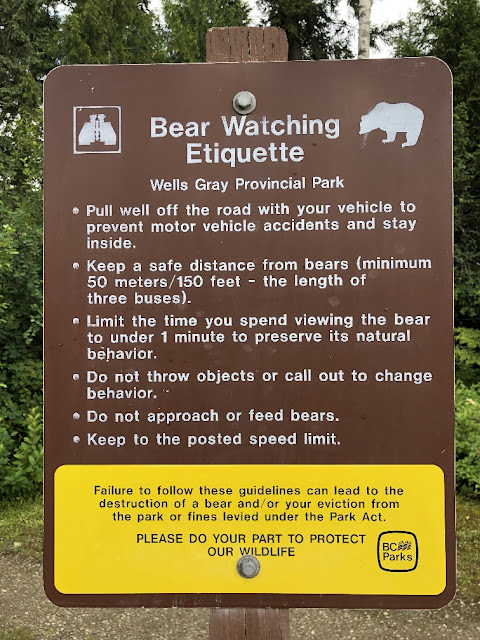 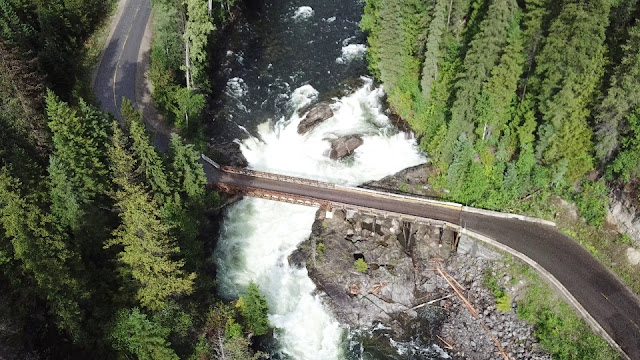