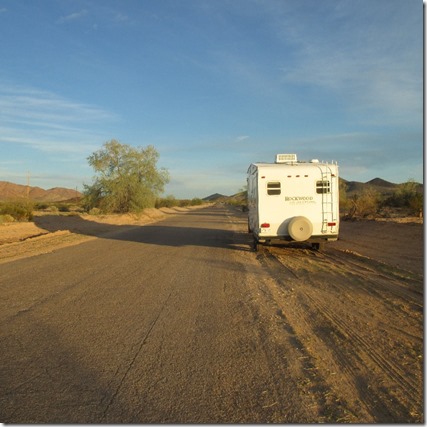 After a night spent near the Painted Rock Petroglyph site after departing the Phoenix area, we carried on west on I-8 and soon found ourselves on the outskirts of Yuma.  After turning north and winding through all sorts of vegetable fields and farming areas we ended up at Mittry Lake.  Through good luck or timing we found a nice waterfront camp spot with plenty of privacy, and our own fishing peninsula.  The only downside was being fairly close to the road, so the big GM collected a nice coating of dust from passing traffic.  Being at the south end of the lake meant we only had a kilometre of gravel after leaving the pavement. 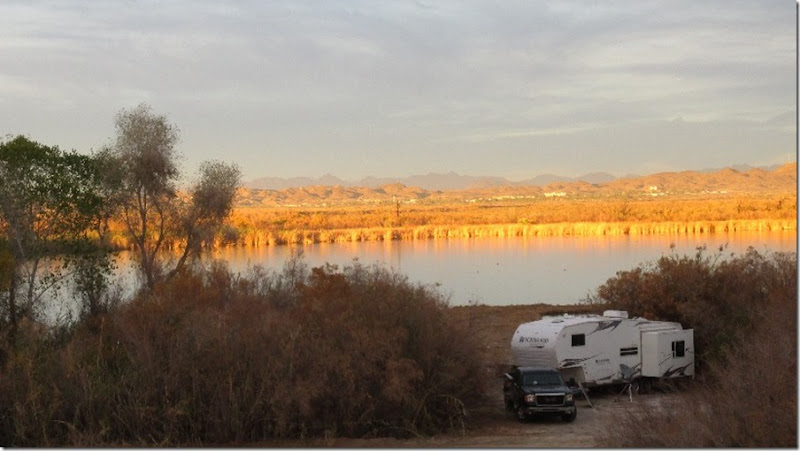 When camping in the desert it is a nice change to be by water and the plentiful waterfowl it attracts.  While coots were in the majority, there were a few other diving ducks, some cormorants, grebes, egrets, and the occasional great blue heron.  The hummingbird feeder soon attracted a following, but the seed feeder was ignored. 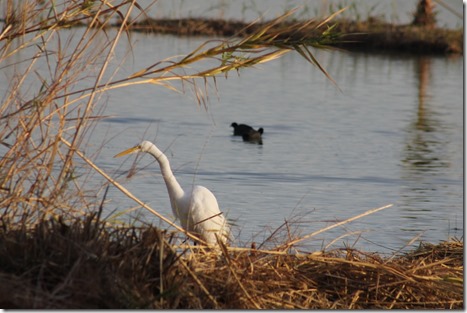 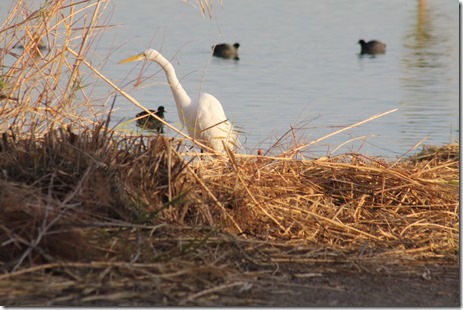 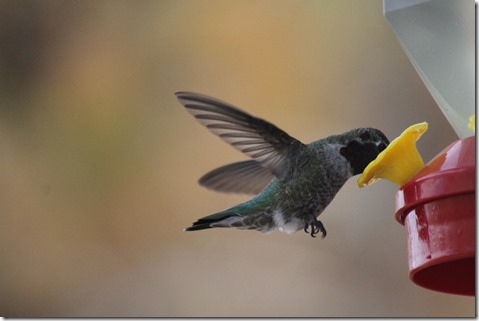 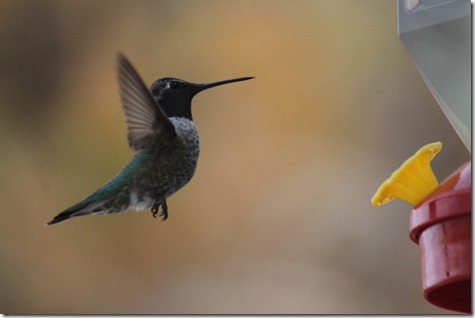 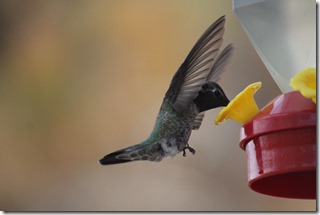 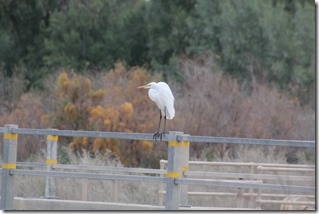 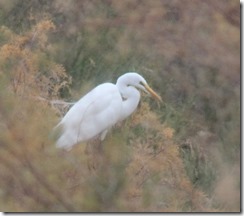 Hailey was kept amused by the hummers, and whatever else lurked in the thick brush and reeds. 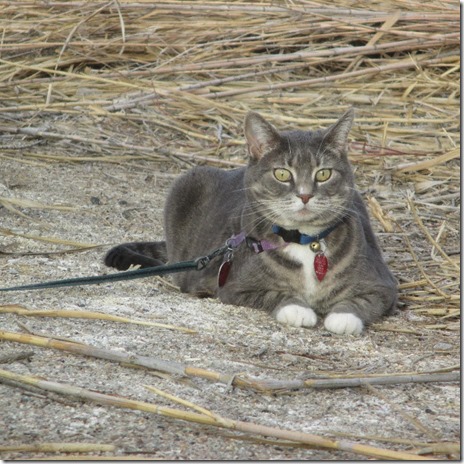 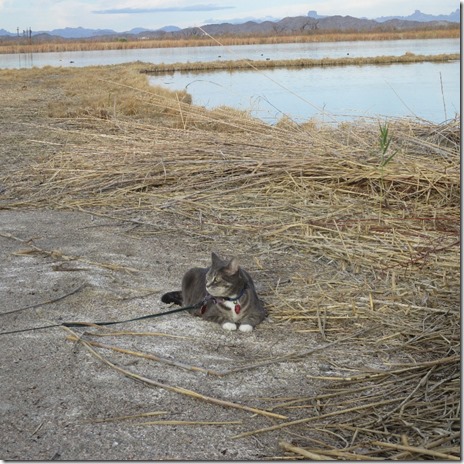 During the stay here we made quite a number of trips into Yuma, for laundry, wifi, groceries, water, visiting relatives etc.

There was no AT&T coverage where we were, and even our satellite system seemed to be working at less than full capacity.  I had long suspected the router as being the culprit, but finally found a cheap replacement, and all the issues ended.  I surveyed a lot of the free wi-fi locations in Yuma including three libraries, Lowes, Best Buy, Starbucks, Fry’s, Taco Bell, McDonalds, the visitor center, and was mostly disappointed with the speed available.  Best Buy was pretty good, but not really convenient to haul your laptop in and set up.  Payson laundromat ended up being about the best wifi, and you can wash your clothes while you are there too!

Back at the lake, I inflated the kayak and spent some time in the various channels and bays. 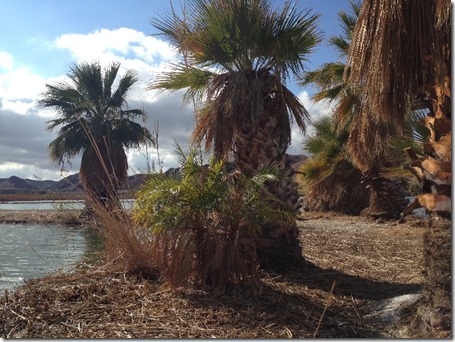 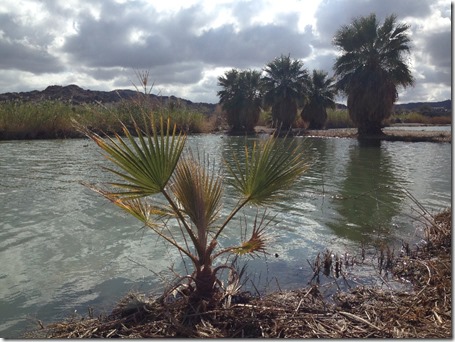 Hiking up to the peak just behind the campsite provided good views of the lake and area. 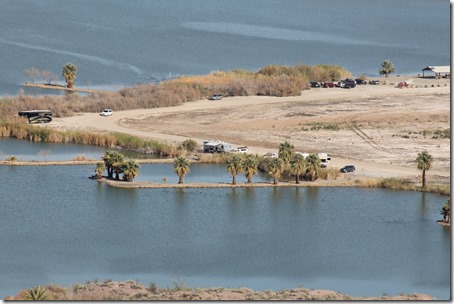 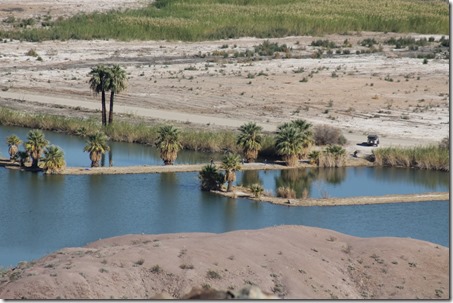 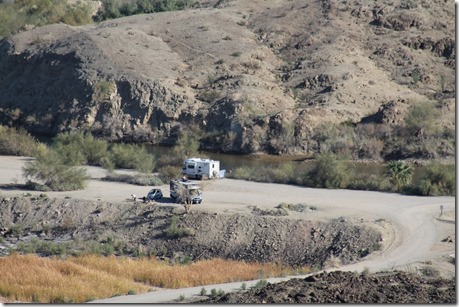 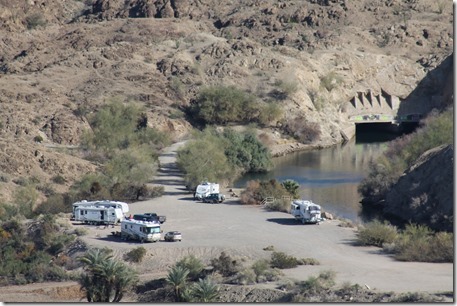 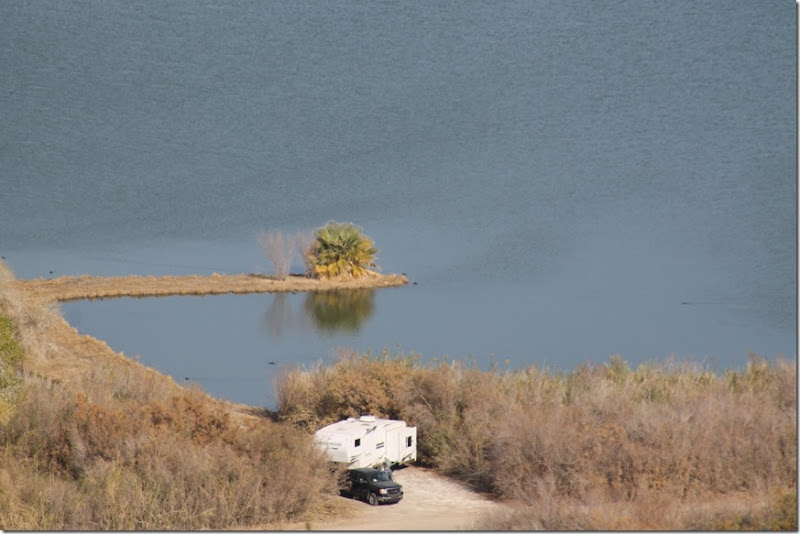 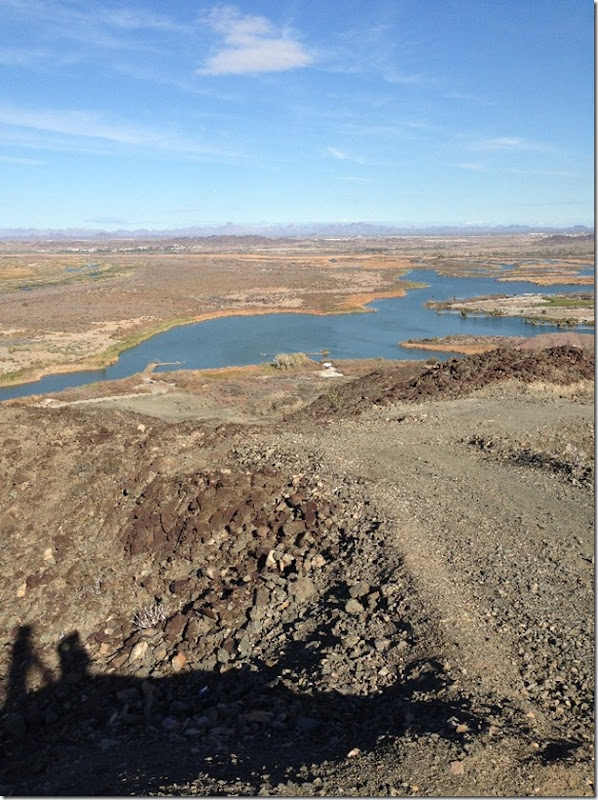 After a while, the posted 10 days/year limit was upon us, and the big RV show in Quartzsite was getting started, so one morning we decided to go and were all packed and rolling within 2 hours. No long-term plans in this outfit! 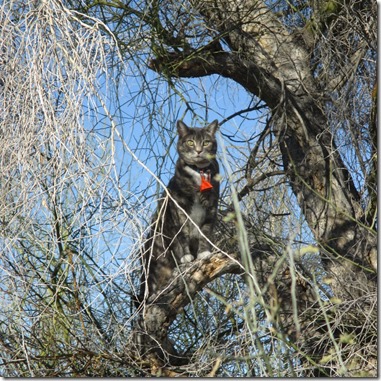 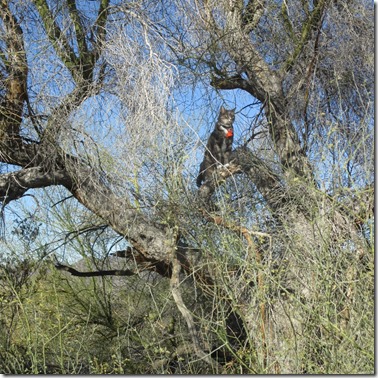 By lunch time we had hooked up with Ernie & Deb at the same spot we had shared a year earlier. One day we hiked up Crystal Hill for a look around. 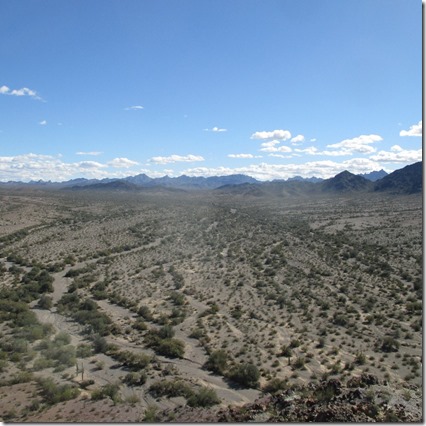 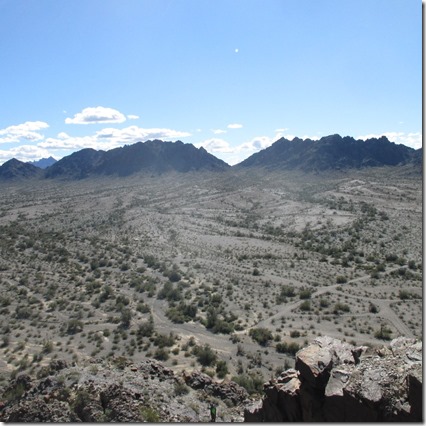 Of course, we also toured the big tent and the many vendors all over town.  Some vendor wares were more appealing than others … 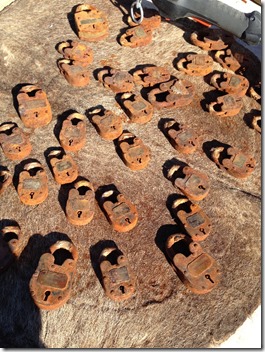 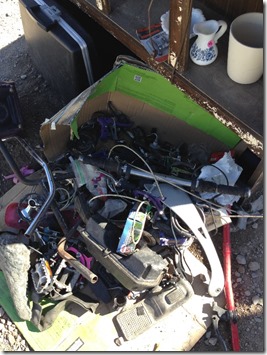 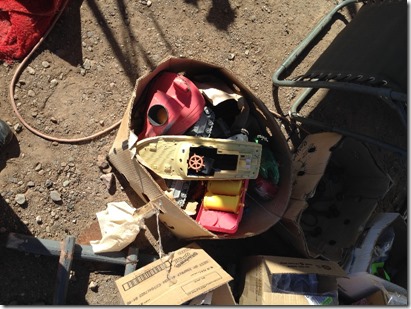 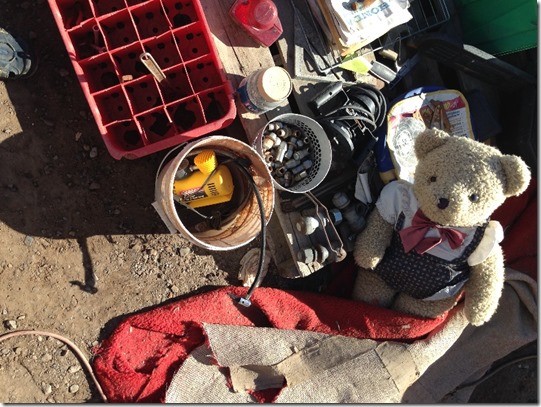 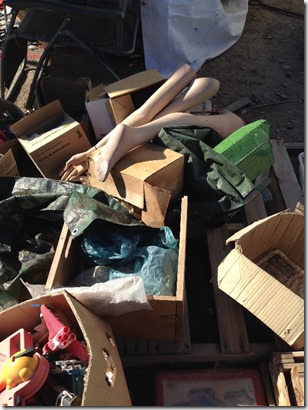 I had planned to stick around for the ham radio swap, and Bloggerfest 2017, but the cold winds got to me one morning, and before we knew it we were on the road west into California, then south down to Ogilby road where we knew Wandering Willy and others were hiding out.  Looks like we just missed the newly mobile Bayfield Bunch as they exited the area for Borrego Springs again.