The hiking and scenery and hospitality was excellent in Sedona, especially given the time of year.  With some excellent guides and companions, we had hiked a great variety of trails, and seen lots of cliff dwellings and petroglyphs not well known by most people.

But the weather was about to change for the wetter and colder, and after two weeks it was time to move along anyway.  We squeezed in a good hike on the last day before the rain, and I had things in camp pretty much packed up and ready to roll by evening.  But the rain began in the night, bringing concerns that the red dirt road would turn into muck and slime!  I couple of times I had considered leaving in the dark, but then the rain would quit, and I would go back to sleep!  In the morning, no time was wasted, and we were headed out by 0830, about 10 hours too late evidently!  Some of the road has a good gravel and rock base, but parts are just red dirt, which turns to wet sticky muck when wet.  At first, I thought the trailer wheels might just plug up with mud and bring the whole thing to a halt, but with an aggressive addition of ample velocity, there was soon mud flying everywhere, and forward movement was often more of a sideways progression with the trailer following drunkenly behind.  Eventually we made it to good gravel, and then the pavement where we left a red trail for many miles. 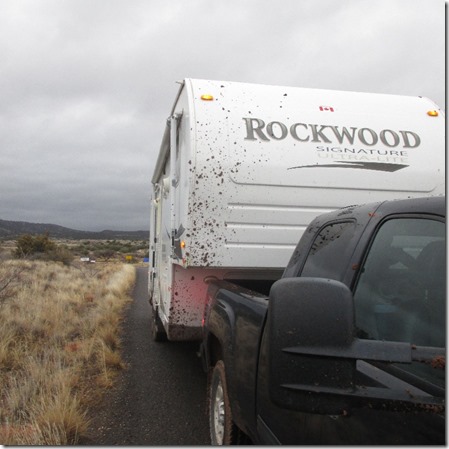 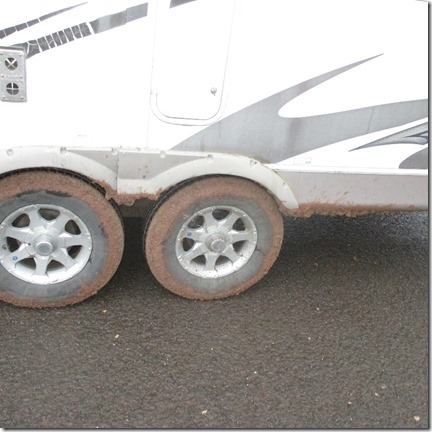 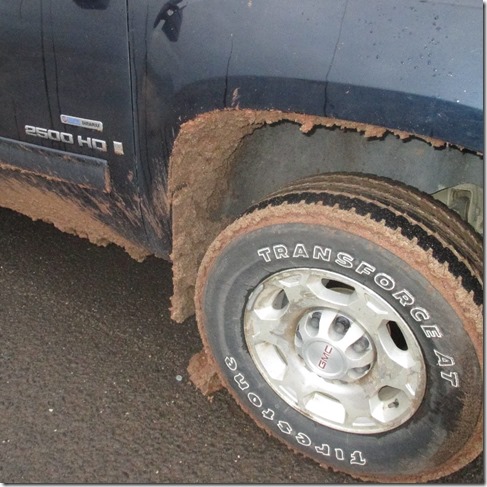 I found some replacement LED tail light bulbs in Cottonwood on the way through.  While not as bright as some of the modern tail lights with multiple led lights, these are an improvement of the original equipment.  Doesn’t hurt that I dumped out the years of dust and dirt that had accumulated inside the lens either.

We were headed and south and to lower elevations, which meant that we had to coast down the long hills on I-17 leading towards Phoenix.  But as soon as possible we exited to the west on New River road, then caught Loop 303 around the north west part of the city, eventually joining up with I-10 west to Tonopah.  Our latest ‘usual’ spot under Saddle Mountain was empty, so by mid-afternoon we had all the necessities in place, and had a nice sunny 23C temperature to enjoy.  Hailey knew there were coyotes in the area as usual, so she spent a lot of her time on top of the truck keeping a good watch all around. 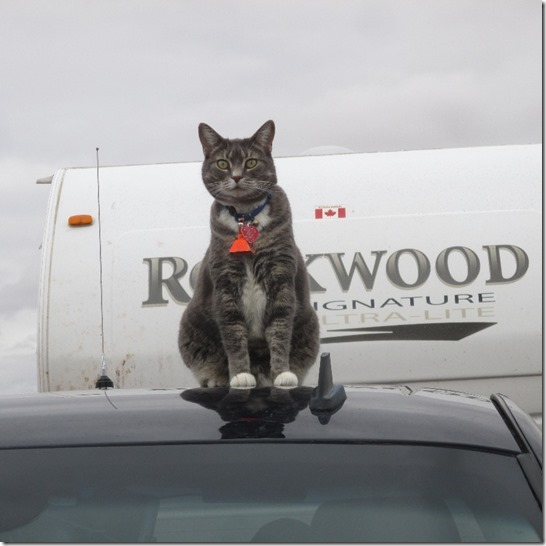 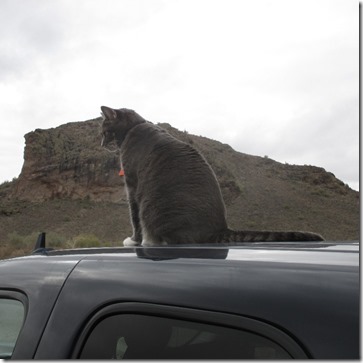 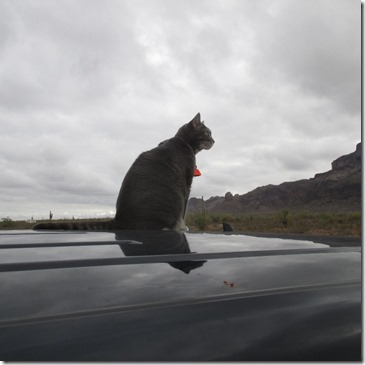 Though the bird feeders were out, and there were a good selection of lbb’s around, (little brown birds) none were seen taking advantage of the provided seeds. 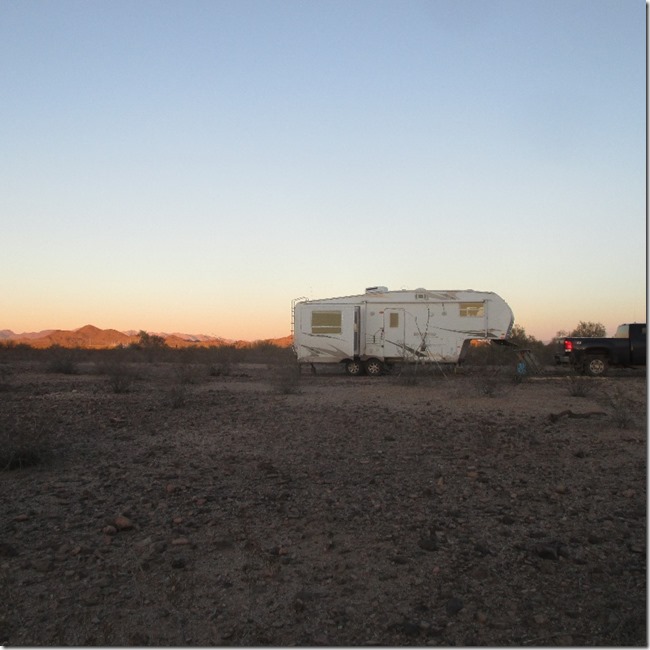 Made a run into Buckeye one day and gave the truck a bath (rig still needs one), did laundry, and checked out the wifi at the downtown library. Found the wifi just as good at the Lowes parking lot, so did a bit of updating there while I browsed inside. 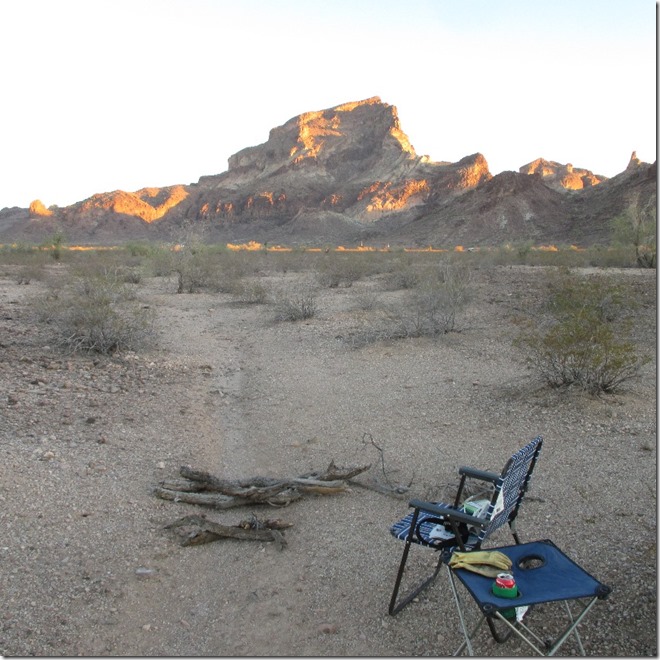 The next couple of days it more or less rained, so hunkering and reading were the main activities.  On the 23rd, we made our way into Glendale to watch the Leafs outscore the home team Coyotes, though home town boy hero Mathews didn’t bother to score on his old home team. 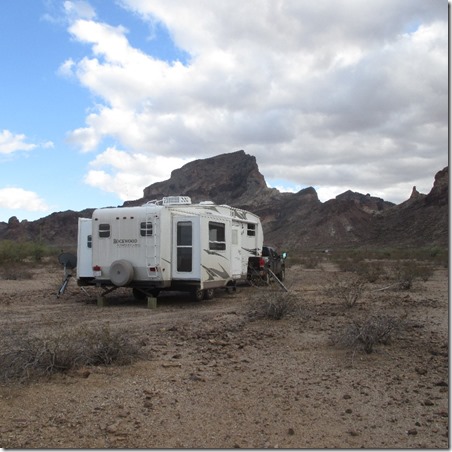 In the morning, in the rain (anyone see a pattern here?) we were on the move again, but this time at least there were no concerns with mud, given the rock and gravel terrain of the area.  We were on our way to Dogpound south, where John & Brenda needed some help to deal with a looming oversupply of turkey, stuffing, potatoes, gravy, well you get the idea!  It might have been shorter to go through the city of Phoenix, but it was an easy decision to opt instead for the road down to Gila Bend on the I-8.  Even then, we did not take the 85, instead choosing the Old Highway 80 option.  It proved a good choice and we only met a couple vehicles all the way south.  After a minor dump and fill at the Shell in Gila Bend, we headed eastbound on the interstate till the 84 shortcut towards Maricopa from the south.  A drive through of the Jim Kortzman County park near the junction showed how much work has been done there since my last visit quite a few years ago.  There are a lot of sites, well spaced, each with a roofed shelter, and fireplace, drive-through accessible, for $10 a night.  That’s almost within MY price range!  Too bad the whole thing is well within the roar from the interstate.

A short time later, we pulled into Dogpound south and were soon sampling some of Brenda’s Christmas baking, while John and I sorted out some of the pressing issues of the day.  On Christmas, John saddled up Blue II and we rode quite a few miles out in the nearby desert and washes 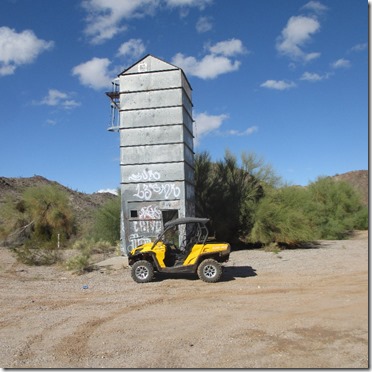 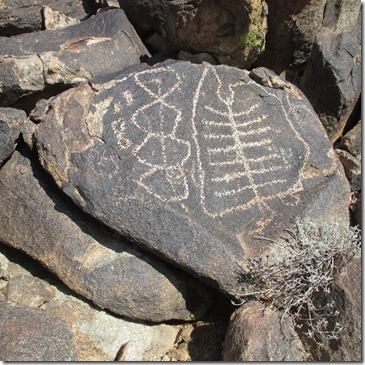 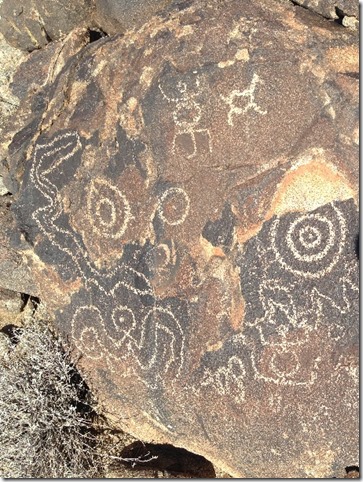 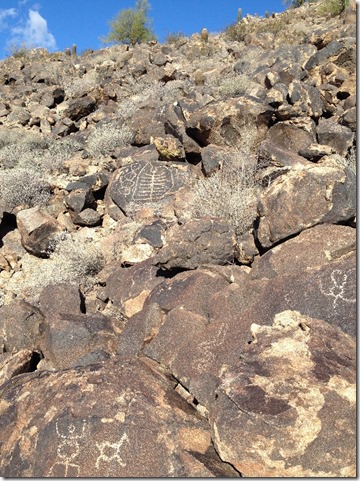 He took me to visit some petroglyphs, lots of washes, and sadly some places where abandoned tires seem to be multiplying on their own ;-( 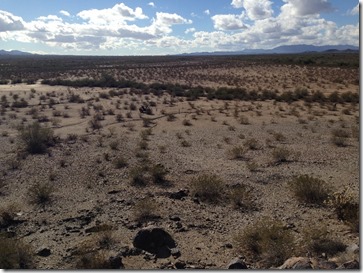 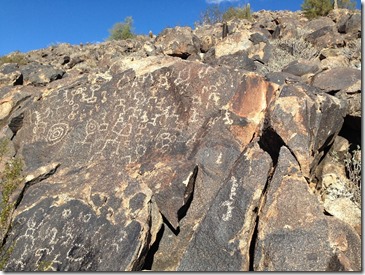 After that it was back to enjoy the great turkey and feast that Brenda had been working on at home.  It was a belt-loosening affair for sure, and the best that I have had in years.  Thanks Brenda and John.

The weather was warm and sunny on Boxing day, so I thought I would break from tradition and pull up stakes while it was NOT raining!  With a huge care package of turkey and trimmings in hand, we were soon on the road further south.

We planned to see if there was any truth to the rumours that Wandering Willy was lurking in the cactus, somewhere along the Mexican border.  Why, you ask?  Close enough!