Nothing to blog about here!

Decided that I’d better manufacture a blog posting, just so everyone doesn’t think that I’ve fallen off the map or moved to Outer Mongolia for a spell.

But really, there has been very little happening.  Just boring work in the fire camp, and some exciting deck building at home on days off …

Of course, I did take a few photos …

The deck re-construction project got back underway.  Still needs railing and stairs – maybe by September? 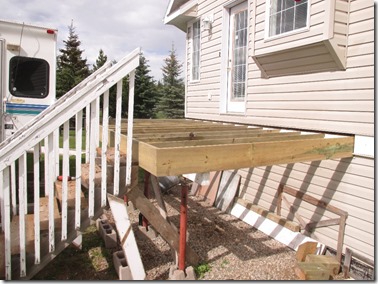 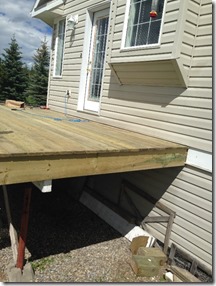 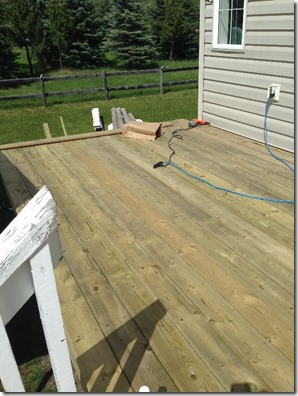 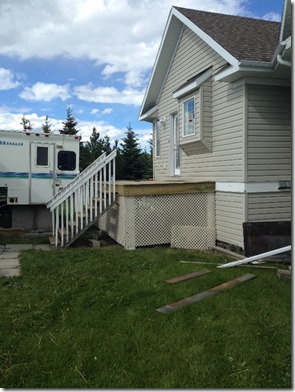 Meanwhile, back in camp, the flowers were blooming.  Strangely, very few mosquitoes (so far) this year. 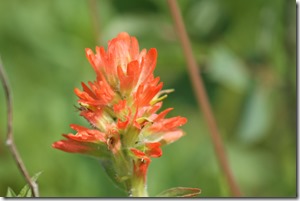 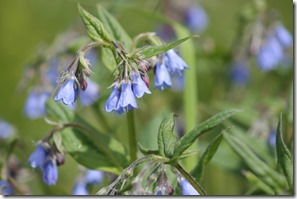 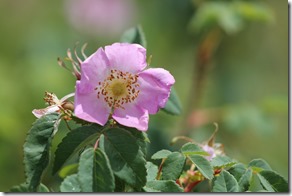 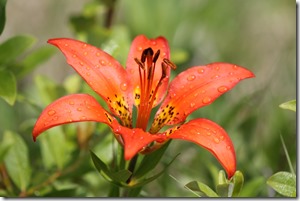 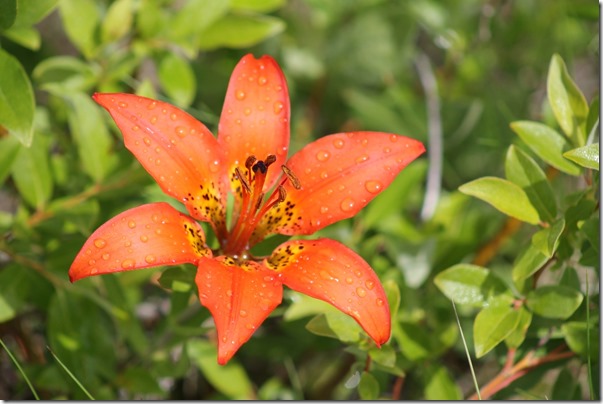 One day I found this coyote pup laying right beside the road, and only 100 yds from my house.  I pulled up alongside with my diesel truck running and he didn’t even move.  At first I thought perhaps he was injured, but as soon as I opened the truck door, he was up in a flash and dived into the end of a nearby culvert.  Just young, and unafraid.  I caught a glimpse of another sibling who was much more shy and would not come out of the culvert while I was there. 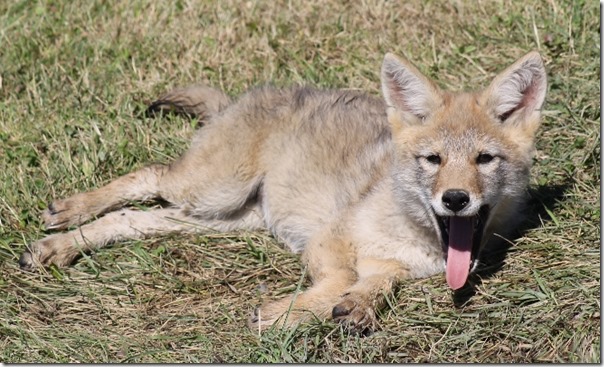 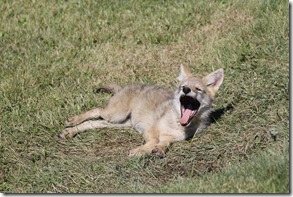 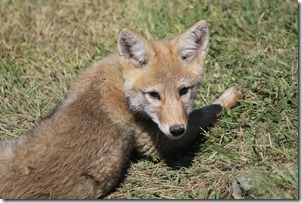 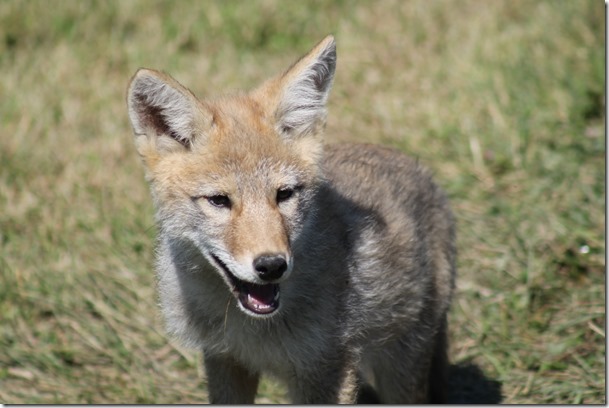 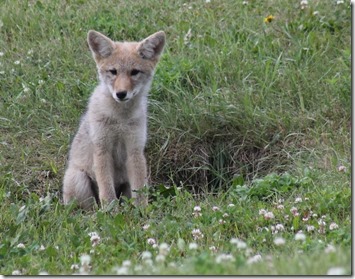 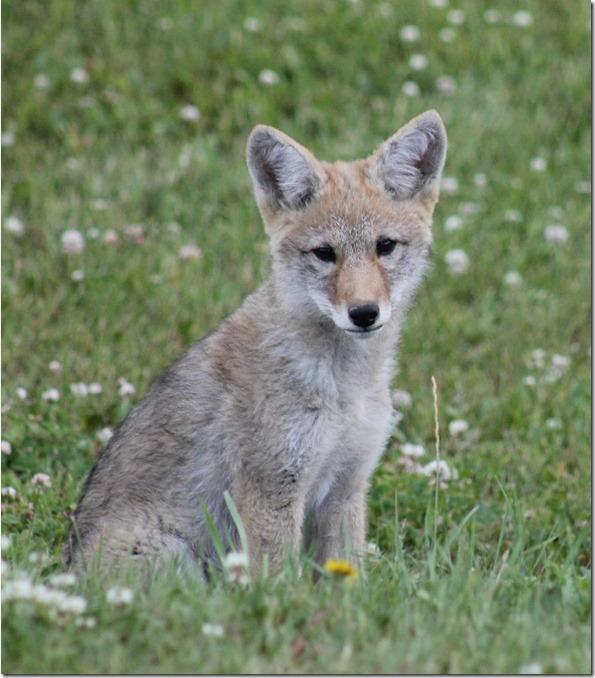 Their den is nearby, but they seem to spend most of their time hanging around alternate dens (culverts), waiting for parents to come back with a fat gopher  for them. 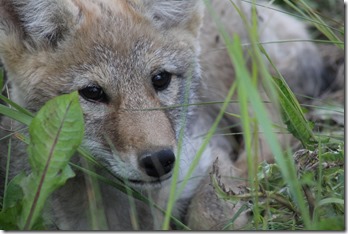 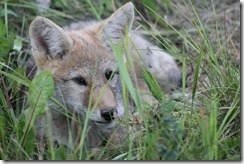 Around that time there was some severe weather in the area, including a tornado or two that touched down not too far away.  Fortunately, little damage resulted. These shots were taken at sunset. 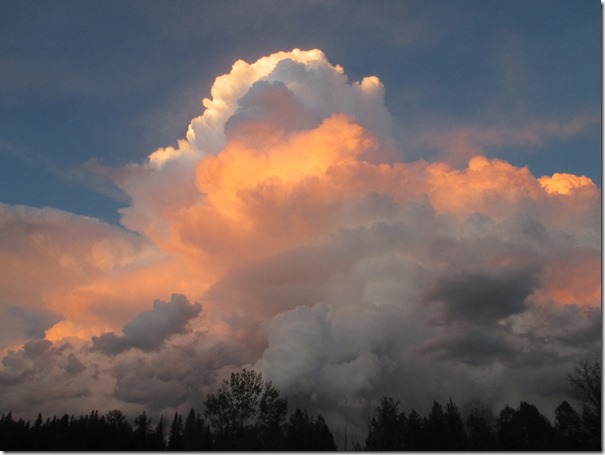 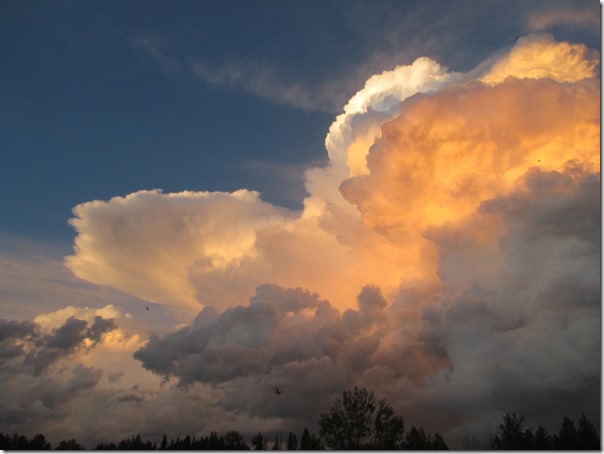 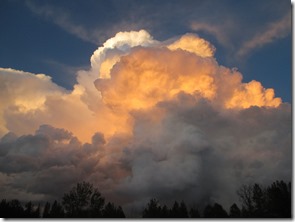 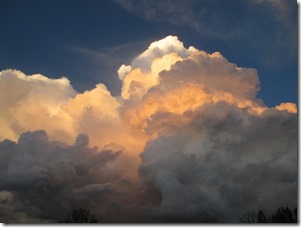 Check out the video above, or else.  Just spent an hour getting it uploaded on a very slow connection, and then Youtube tells me that I’ve ALREADY uploaded it!

Nope, that’s not my house exploding. 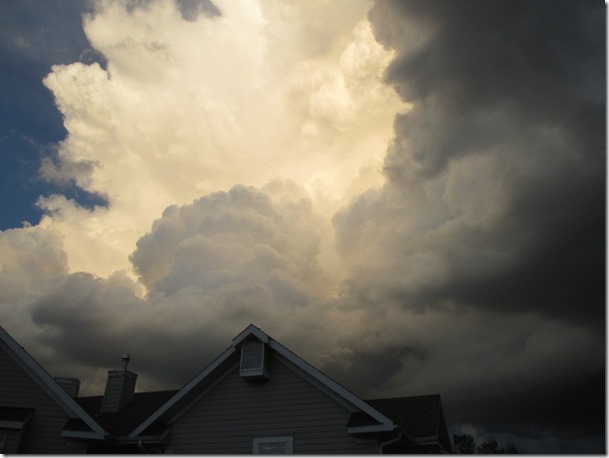 One day at home Hailey was minding her own business, walking across the kitchen table (!), when without warning, one of the placemats leapt up to attack her! 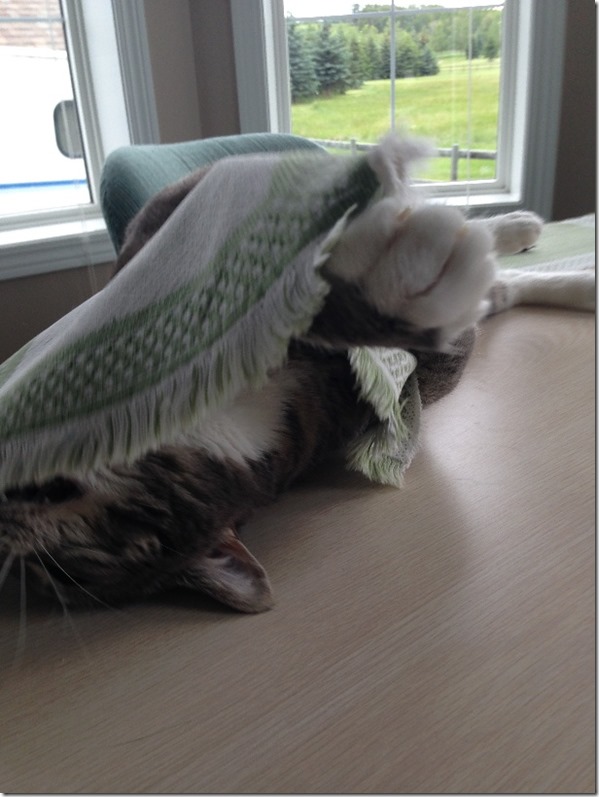 The battle was vicious, the placemat showed no mercy.  It had her pinned down a couple of times, but eventually, she came out the winner! 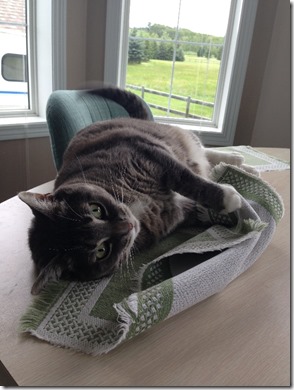 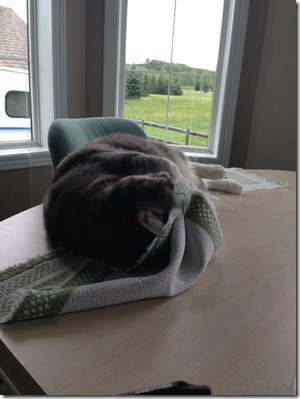 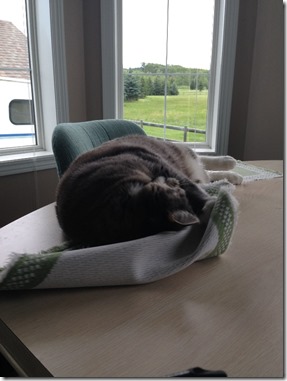 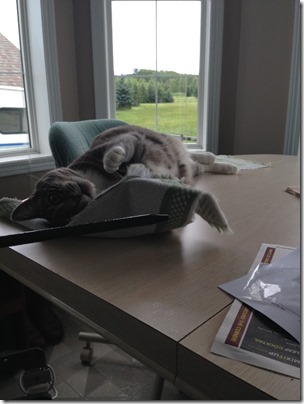 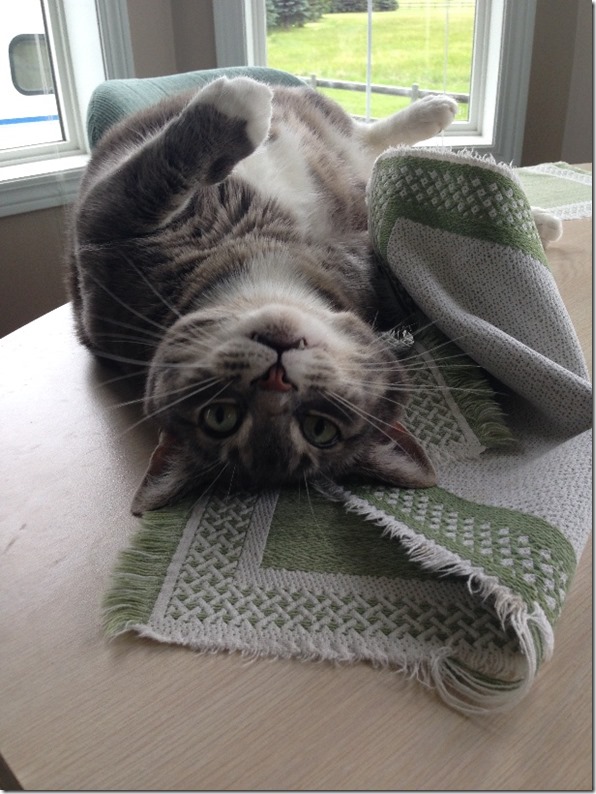 That’s all for this time.