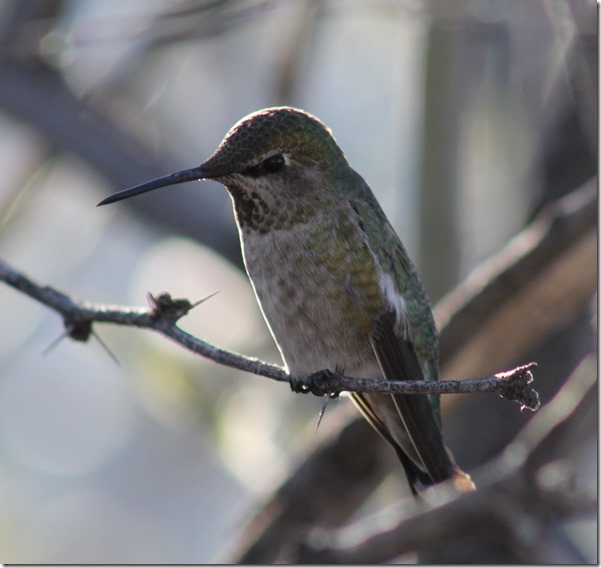 Attending the 2nd annual Bloggerfest in Quartzsite reminded me that I have now been blogging for the 11th year.  Seems like only 20!  Deadlines, deadlines.  Missed again!
Always seem to be behind and playing catch-up!  O well, I don’t think anyone is marking my assignments?
A few things down south are different this year.  First is the price of fuel. I paid a dollar more per gallon back in October up in Idaho, than I’m paying now down in Arizona.  Gotta like that for sure.  To bad the Canadian dollar sucks so badly right now, which sort of limits the advantage.  At least price of fuel back home is way down as well.
Another development down here at the pumps – five zeros has served me well in the past for a zip code at the pump, but this year I’ve struck out.  But a trick that has never worked for ‘me’ in the past is the numerals from our postal code with 2 zeros added on.  For some reason it has worked for me this year.  And finally, a few of the southern merchants are starting to get the chip readers in their terminals!
OK, so what have we been up to?  Well, when in Quartzsite, one must check out some of the goods – and lots of junk offered for sale. 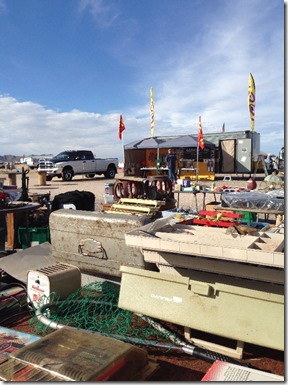 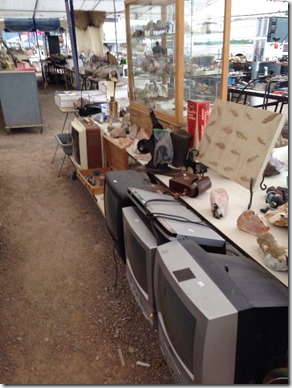 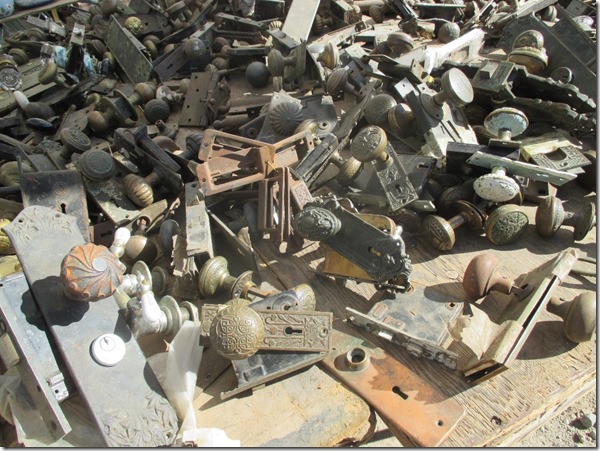 How about a nice CB radio! 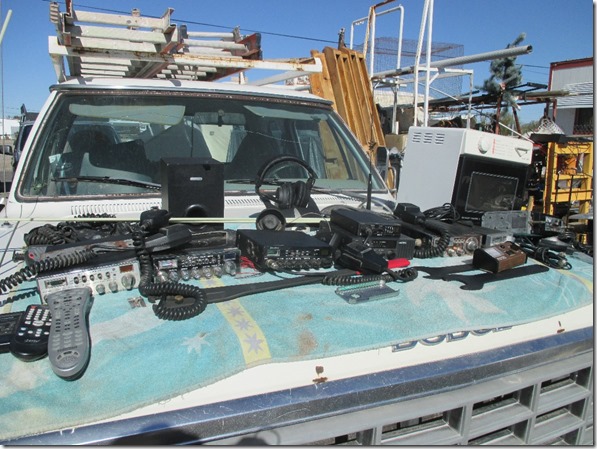 The finest cutlery was on offer.  Likely at a good price too! 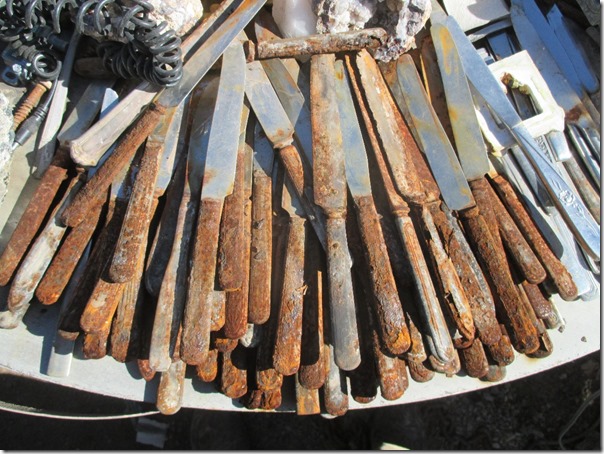 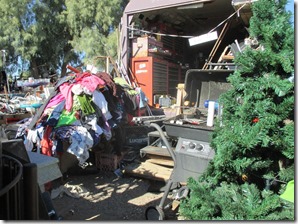 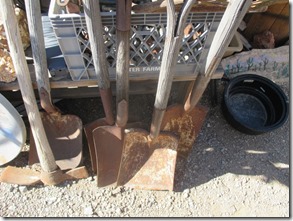 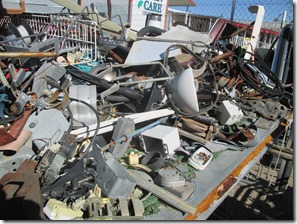 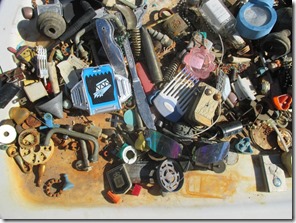 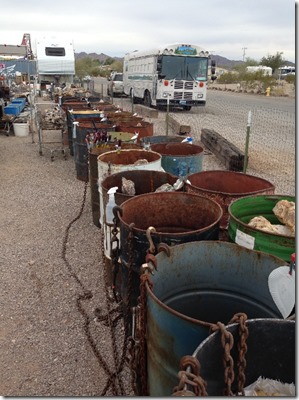 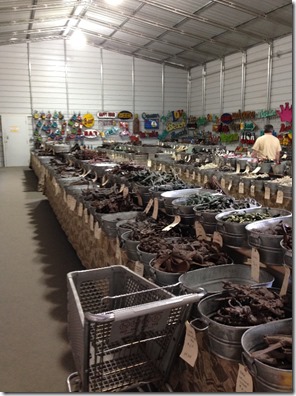 I went all out and paid $3. for a new HDMI cord, and they threw in a free flashlight!  But I actually came out ahead this year by selling stuff TO one of the vendors!  While out at Borrego Springs boondocking area I picked up a ‘shade canopy cover’ that had escaped from someone or been abandoned and was trying to fly away across the Clark dry lake bed.  When I found a vendor with a tattered cover, I actually sold him the one I had.  Profit!  I hope the town doesn’t come after me for a business licence, or the IRS!

Once again, Ernie and Debbie joined me in camp for a few more days before they had to head home to the snowbanks. 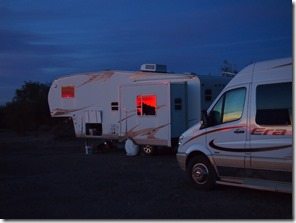 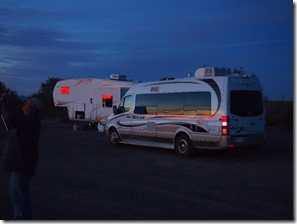 I took the opportunity to try a few more night time-exposure photographs.  These are both 30 second exposures, with only the light of the nearly full moon. 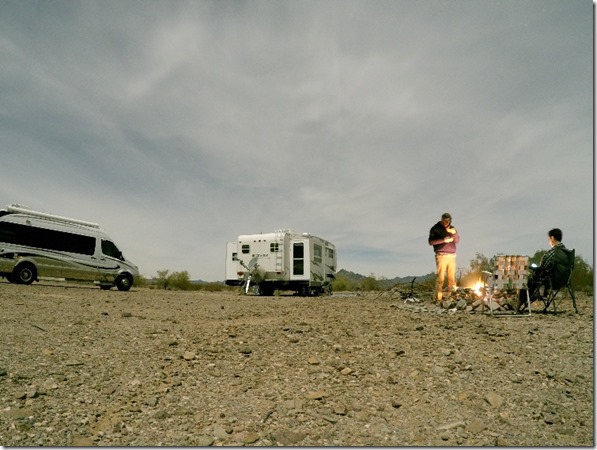 In the one below, I moved to two different locations during the exposure, thus my two ghostly images in front of the fire! 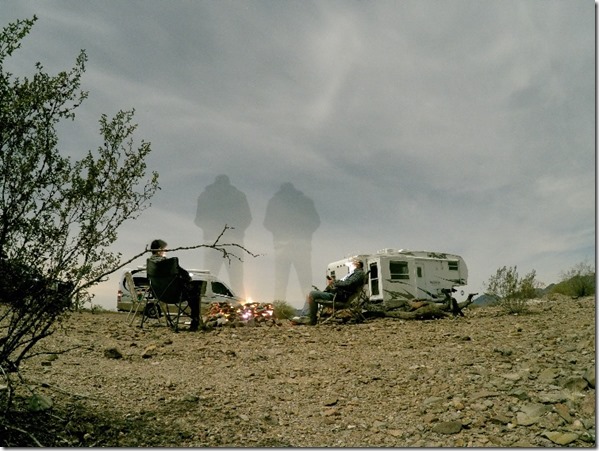 I took them up to Palm Canyon one day … 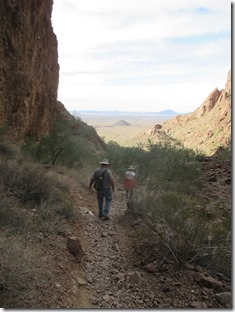 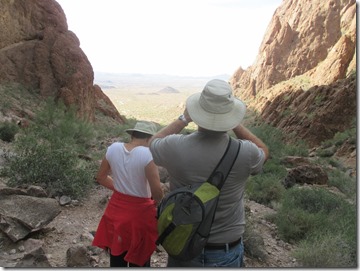 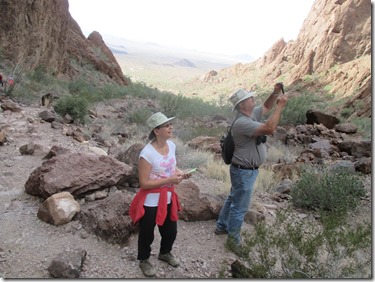 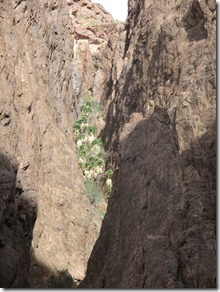 Meanwhile back in camp, their dog Moki kept all the coyotes out of the area. 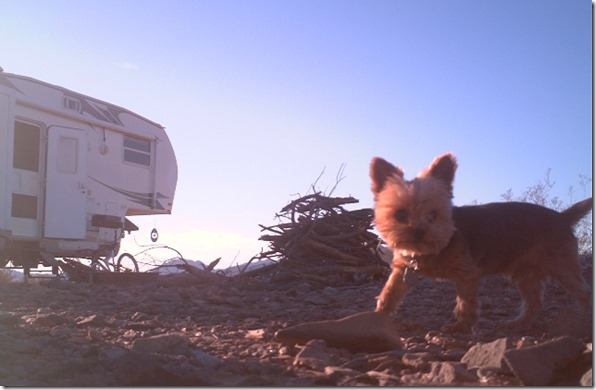 Or perhaps it was the desert tiger that they were scared of! 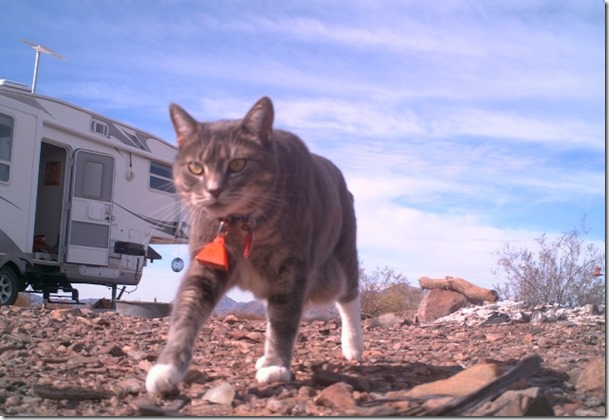 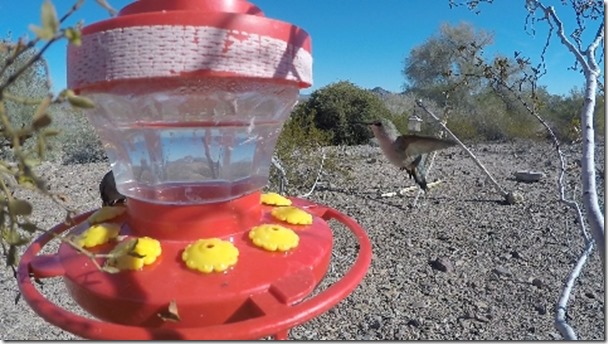 Other wildlife sightings in Quartzsite included a herd of mountain goats and a pack of grizzly bears. 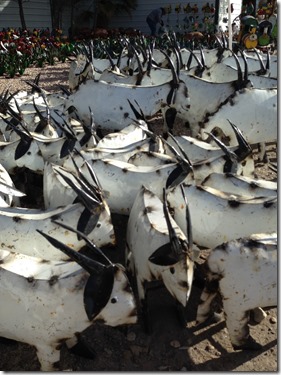 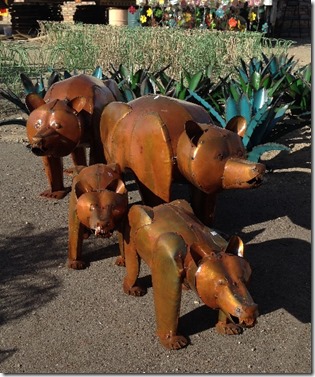 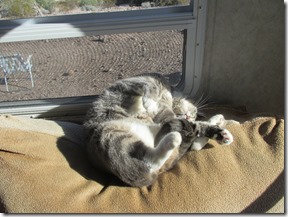 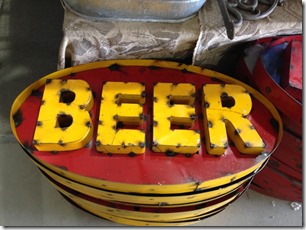 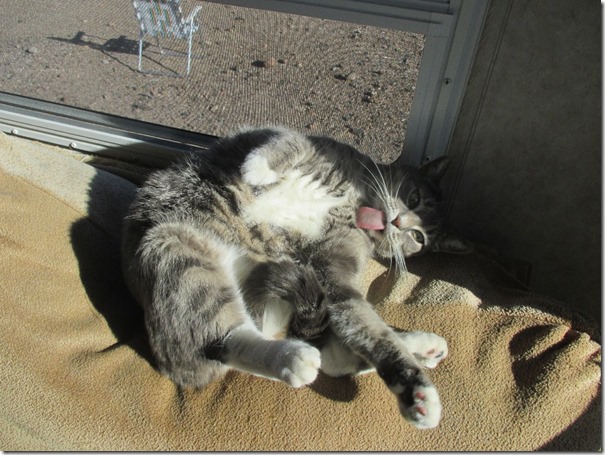 Next post: We cross the Yuma proving ground and visit Cibola National Wildlife Refuge!
at 7:33 pm