Counting down in Quartzsite

Well, it’s a rare rainy day on a Monday near Quartzsite, the big show is over, so it was a good day to give the generator it’s monthly exercise, and see if I can put together a blog post. 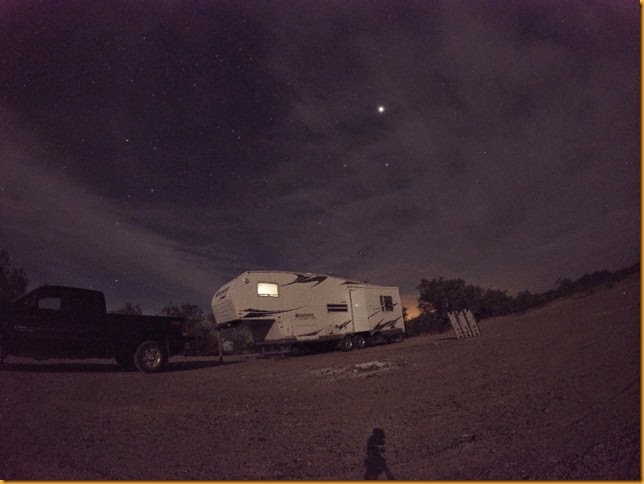 I abandoned my ‘usual’ camp spot off the Old Yuma road near La Paz Valley.  It was impossible to sit outside in the evening and enjoy a fire or the moon and stars with generators whining and groaning and humming and buzzing from all directions.  The place had all the ambience of a busy truck stop!  I sure don’t know how all the folks closer to town in the LTVA’s etc manage to deal with it, and the ever present dust from the continuous line of atv’s parading by. 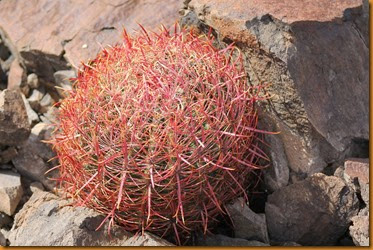 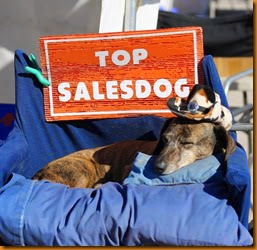 Anyway, one afternoon I’d had enough and decided to ‘bug out’; threw Hailey in the truck and were rolling down the road in less than an hour.  A few miles further south we pulled off down an unmarked desert road on the way to the KOFA refuge.  I’d made note of the spot on my map a few years ago, and it turned out to be perfect.  Nice large flat parking area next to a nice wash, good sized trees, and NO ONE in sight!

The loudest thing at night was the crackle of my little fire.  Peace and quiet at last!  There were lots of trees for Hailey to climb, and none of the dreaded cholla cactus.  That’s not to say there were not lots of other barbs laying about.  My old Crocs collect lots of them, and if you step on a rock the right way, you certainly feel it come right through! Picking them out of the soloes is a regular chore.  Fortunately they do not seem to bother Hailey, nor me if I choose more substantial footwear. 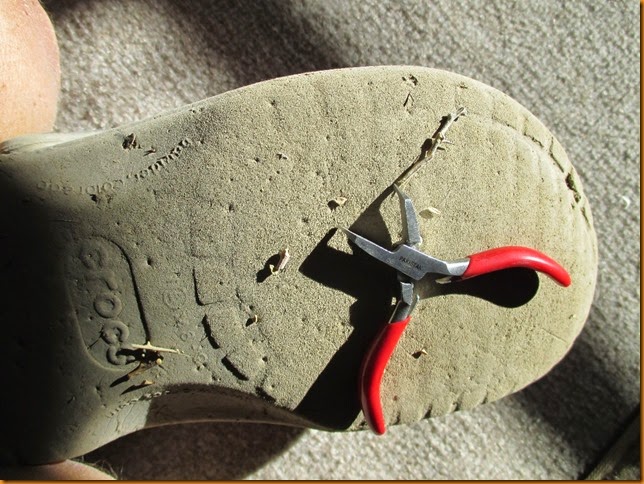 Hailey enjoys playing and digging in the endless sandbox; hiding from and ambushing her imaginary foes all around. 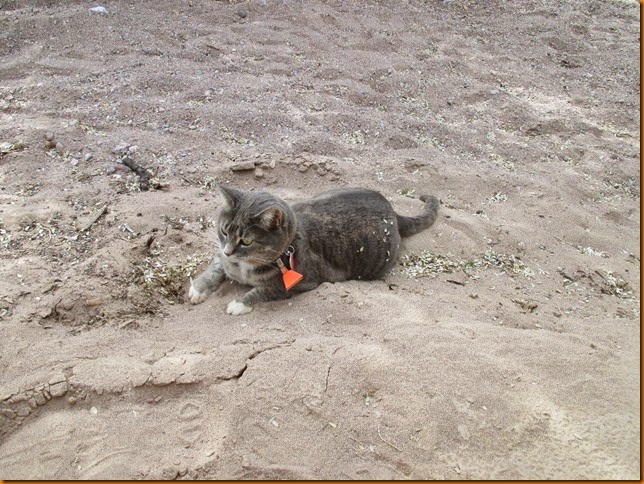 Then one day, there was a muffled ‘whoosh’, and a mottled adversary landed not ten feet away in the wash! 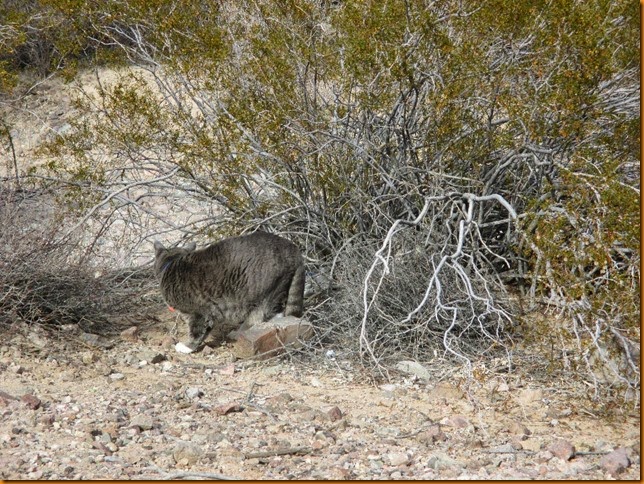 It was a Great Horned Owl, just the far side of that bush!Soon, the owl moved up into the trees to observe his domain. 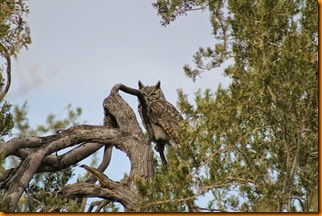 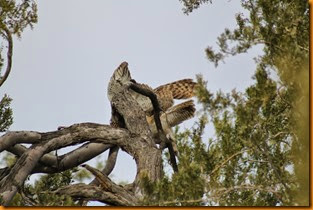 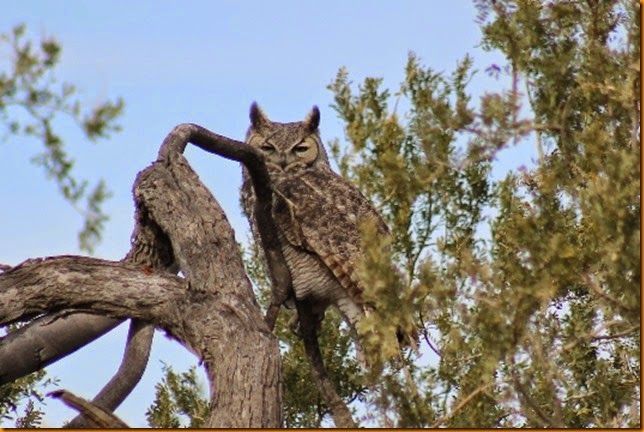 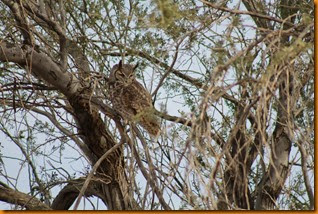 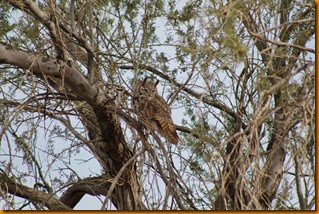 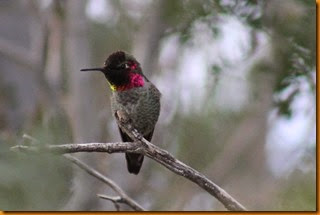 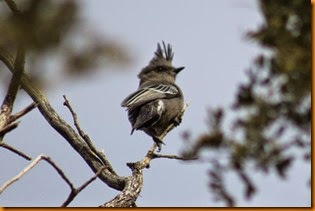 At long last, it was the day of the anticipated ‘Blogger Fest’ meeting of fellow RV bloggers in the area.  Hailey decided that was a good day to work on her tree climbing skills! 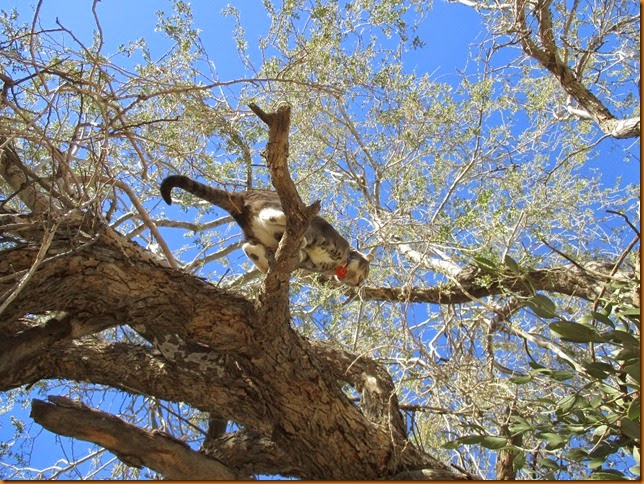 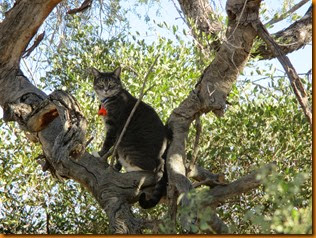 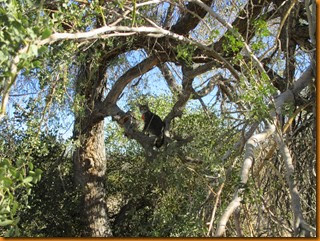 It was close to departure time, but she wasn’t sure of the right way down from the tree!  I thought I might miss the big meeting – but finally (I’ll blame the loose bark on the tree!), she lost her grip and came crashing down, landing on top of another bush!  She put on her white socks and white mitts, and off we went just in time!  I won’t go into a lot of detail or photos of the blogger fest, as that has been well covered by many others, including the Bayfield Bunch, Just Wanderin’, Where’s Weaver, Our Awesome Travels, RV Life is Good, On the Road of Retirement, and Travels with Emma.

There were some there who did not know who I was – until Hailey made an appearance, and then it all came together.

Of course Hailey, with her very short fuse and a great dislike for all the dogs running around began hissing and taking swats at people, so she had to watch the proceedings from the truck.  I met Doug and Yuma, but did not know their harrowing tale till I read his blog post later.  So glad that BOTH of them were there. 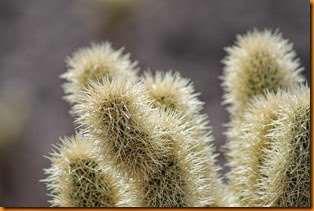 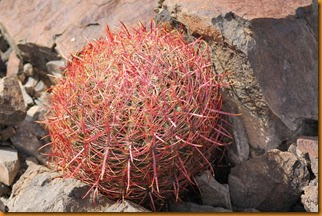 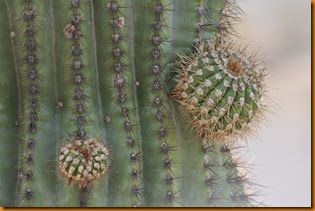 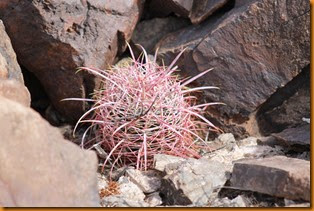 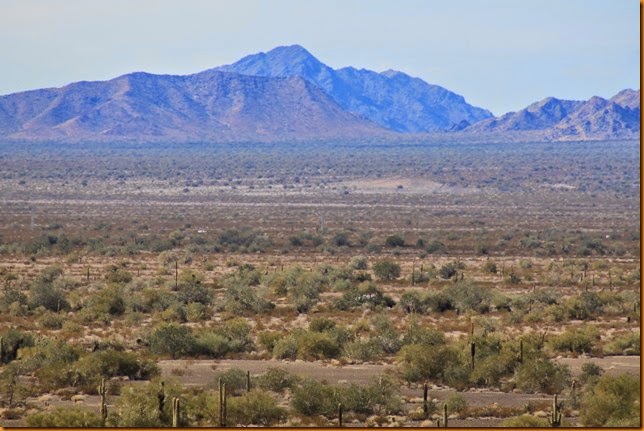 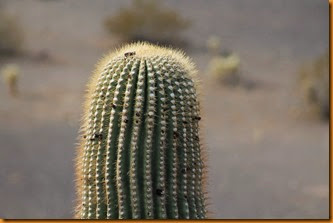 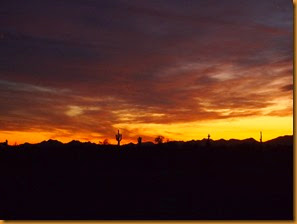 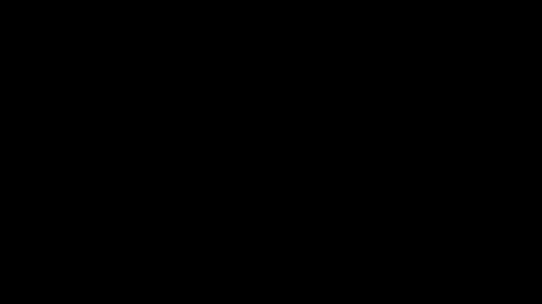