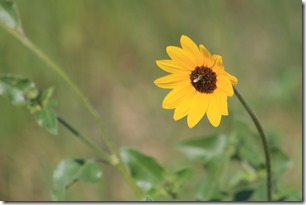 After visiting both the East and West Block of Grasslands National Park in southern Saskatchewan, we dug out the old backroads atlas and jogged out way across the southern part of the province, enduring a lot of bad roads.  Some were worse 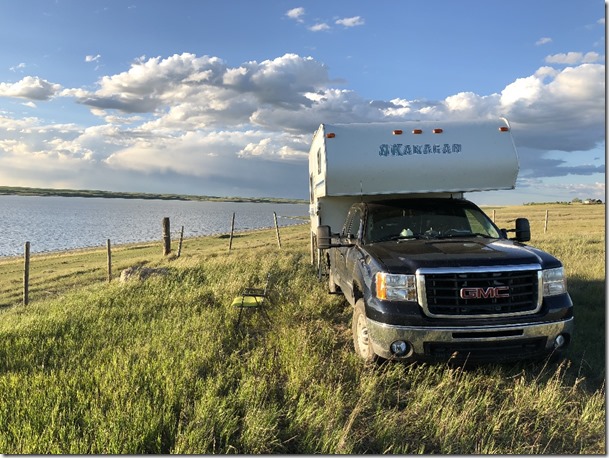 Sometimes, the paved roads are worse than the gravel ones, with patches on the patches!

I don’t mind a good gravel road (and there are lots), but if there is washboard, or the traffic heavy enough that dust and rocks launched towards your windshield becomes a problem, then they are not so much fun. 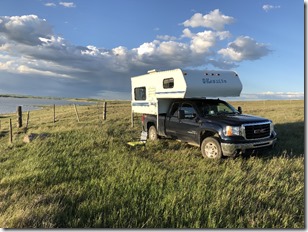 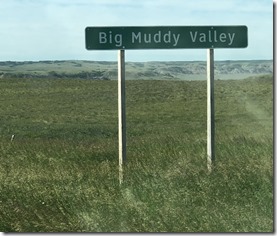 We headed down to the Big Muddy valley where I had done some wildlife work a few decades ago.  The scenery still looks the same, but the cell service is better now! 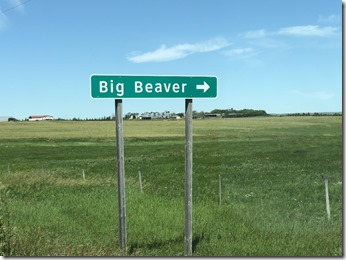 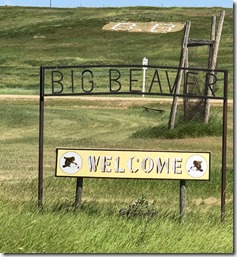 From there, it was off to Estevan, and north past Moose Mountain Provincial Park, stopping in to visit a college classmate along the way.  He is working on the restoration of a beautiful, historic stone house with ties to his family. 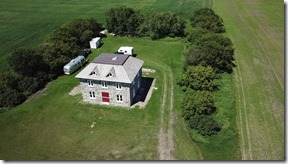 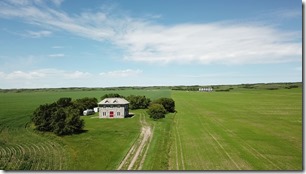 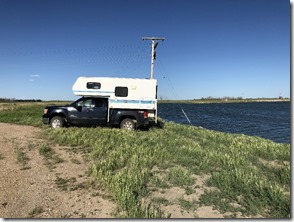 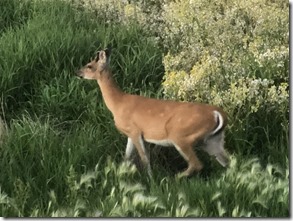 Photos out the window. 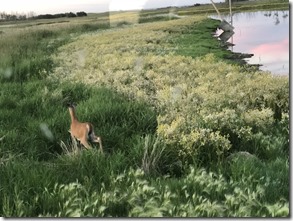 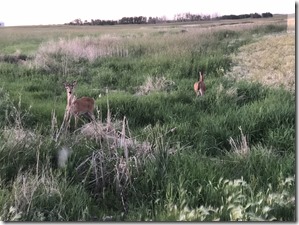 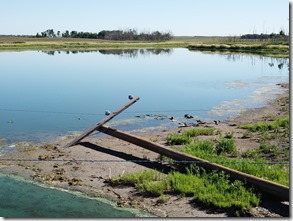 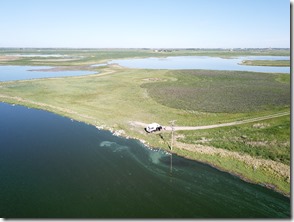 Speaking of the Saskatchewan back road atlas …

I must have been paying attention when I spotted the cover photo of the atlas as I was driving along! 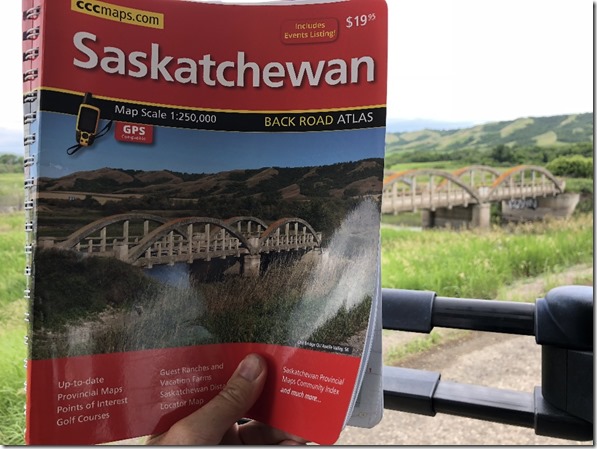 After that there was some more aimless wandering back to the west, then south west through Ft. Quapelle, and the corner of Regina.  This put us in range of the town of ‘Dog River’, the fictional location where many seasons of ‘Corner Gas’ were filmed.  I knew that most or all of the set was gone, but most of the downtown locations are still there.  Billboards at the original location have photos of the gas station and the ‘Foo Mart’.  The elevator still bears the Dog River name. 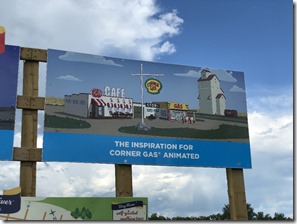 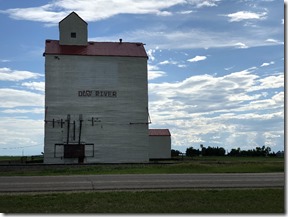 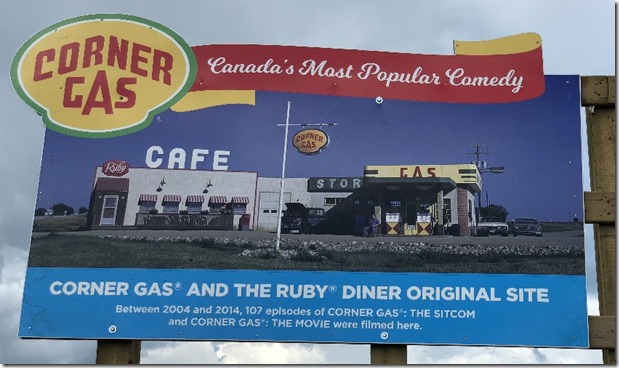 The hotel and bar;  the ‘Howler’ office … 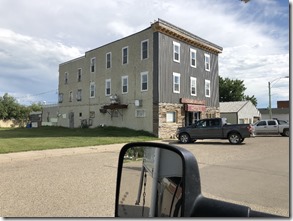 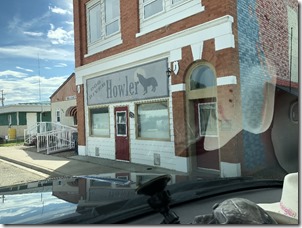 And of course, the home of Dog River PD.  It’s for sale, if you are interested. 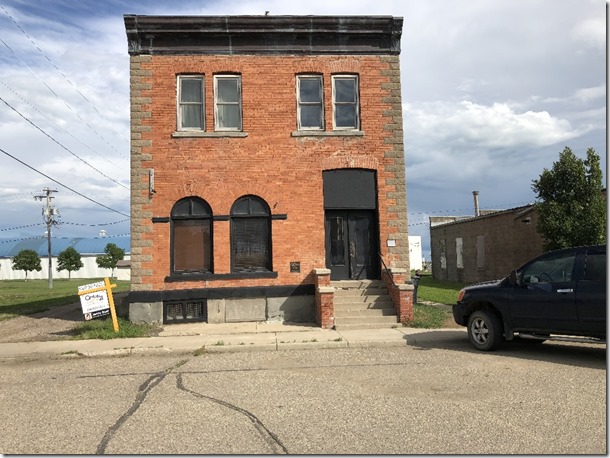 Next, we joined up with Ernie & Deb and their dog Moki in the town of Elbow, on Diefenbaker Lake.  While they camped with some friends at an RV park in town, Hailey and I preferred our own private spot on a hill overlooking the lake. 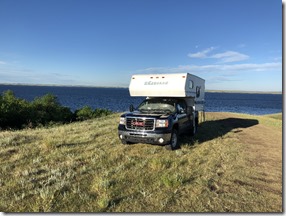 This update has been sitting on the back burner for a coon’s age now, waiting for some updates before publishing, but the time has come to send it out whether it is ready or not!  Here goes!