After Carmacks, we continued on northward on the Klondike highway in the Yukon.  The weather was cooperating, there were no bugs and the scenery great.  Road conditions deteriorated somewhat on the approach to Dawson City due to the constant frost heaves and underlying permafrost.  Soon, we were in Dawson City where I immediately noticed that the main street and highway through town had been paved since my last visit.  Downtown the sternwheeler Keno sits renovated on the bank, heralding the era of the gold rush when up to 70 such vessels plied the waters bringing in miners an goldseekers, and hauling out ore. 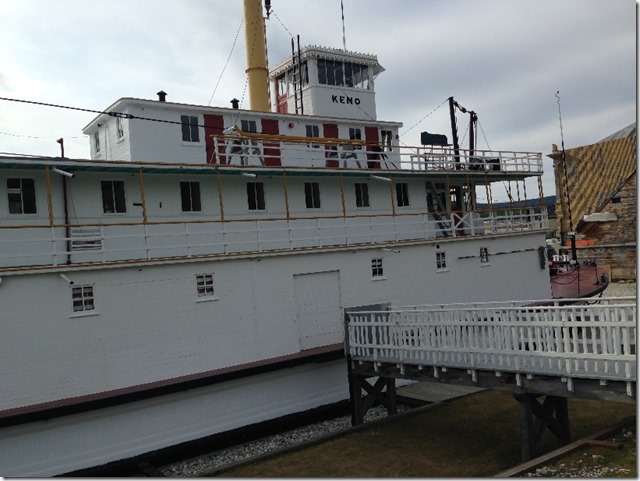 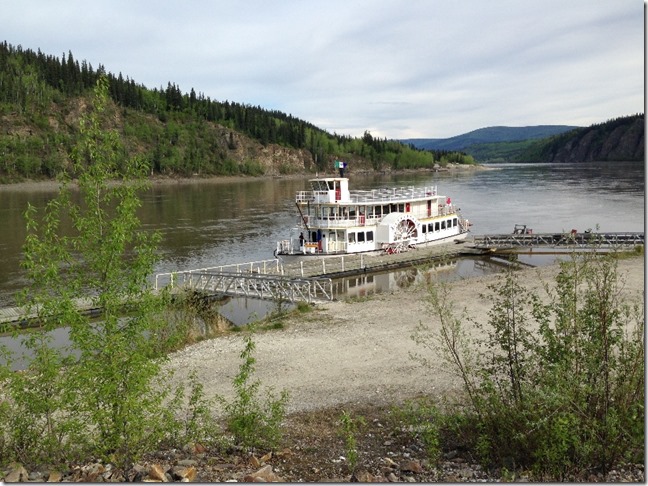 And of course the free ferry transports vehicles and passengers across the Yukon river. 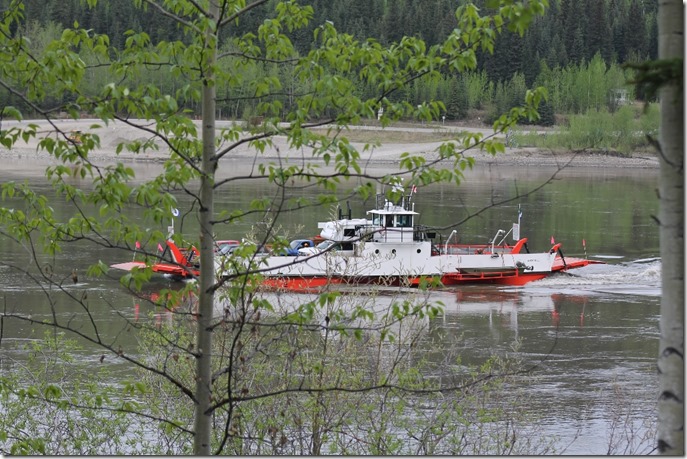 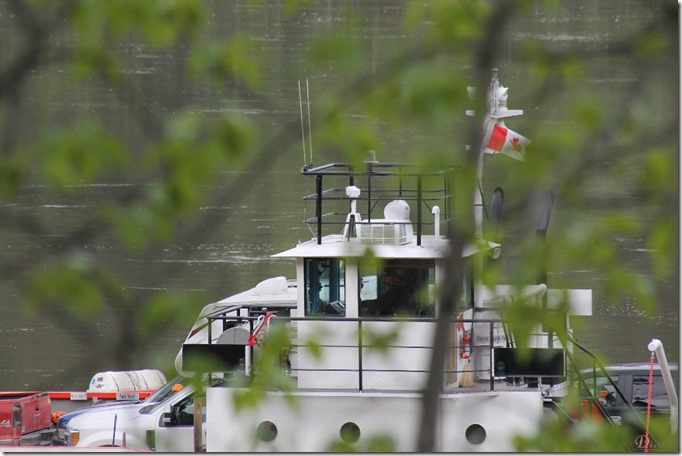 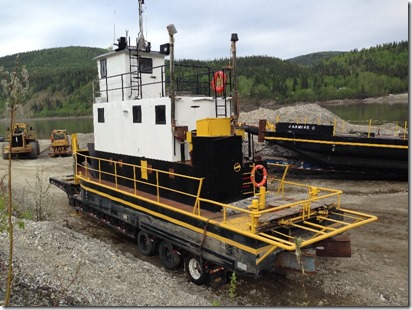 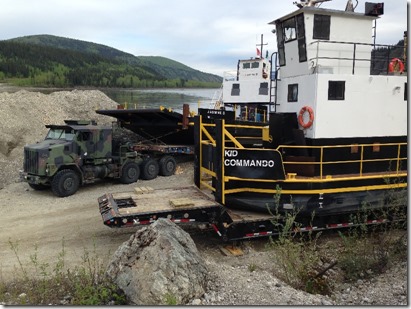 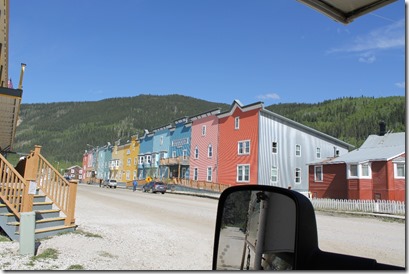 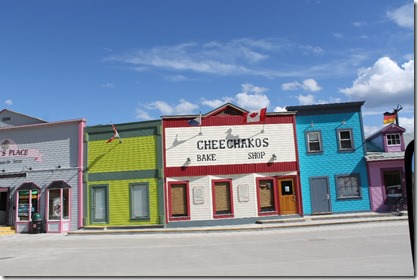 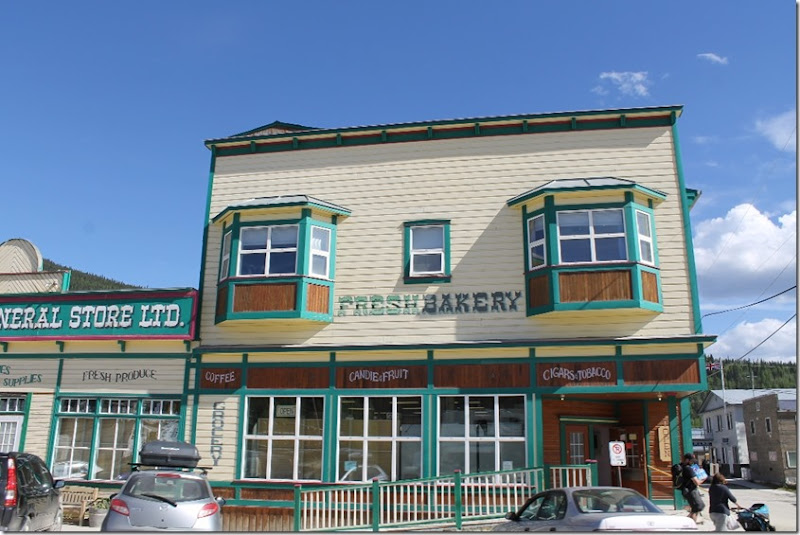 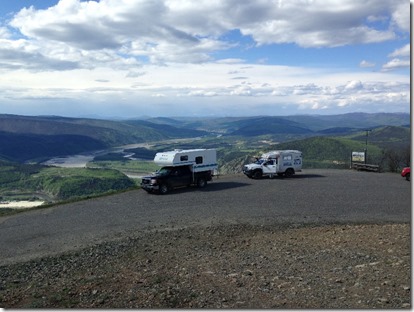 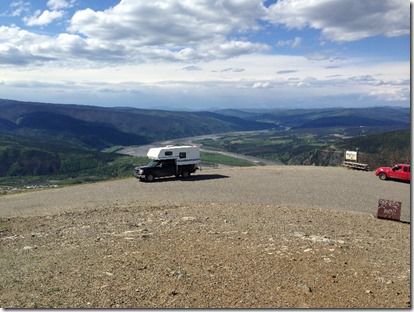 A first time trip up the Dome Road provides a high panoramic view of the whole area, as well as up and down the Yukon river. 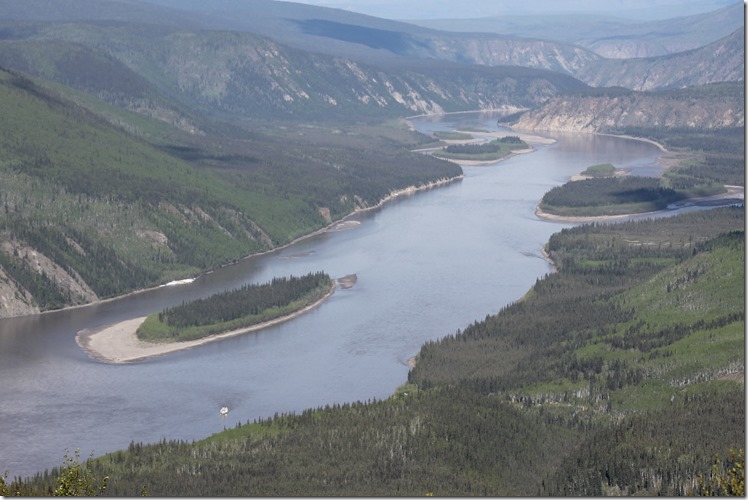 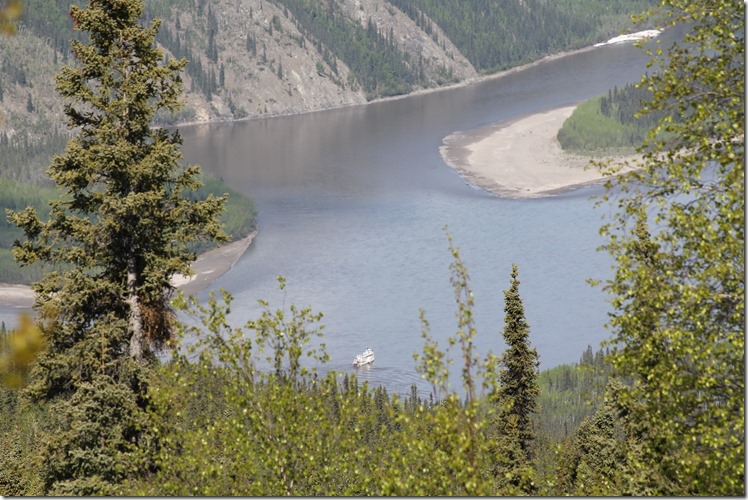 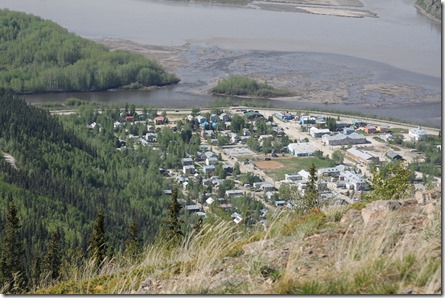 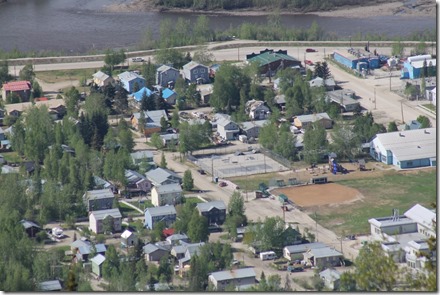 While up there, I noticed an even higher viewpoint with a fire lookout tower on top.  After a bit of four wheel driving, we made it up to the top, just in time to chat with the towerman who had just come down to have lunch and do his weather readings.  We had a good chat and compared notes between lookouts in Yukon and back in Alberta. 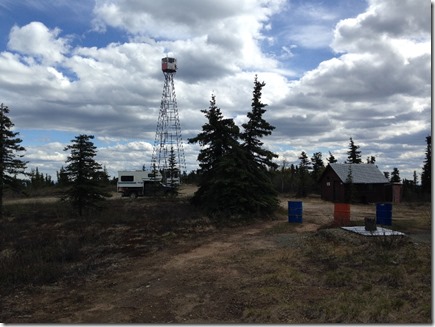 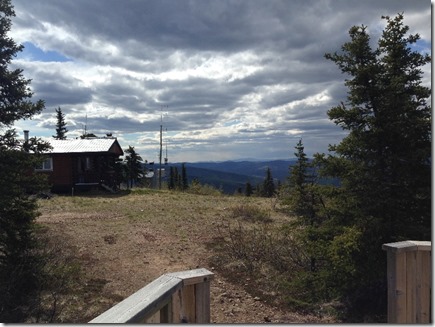 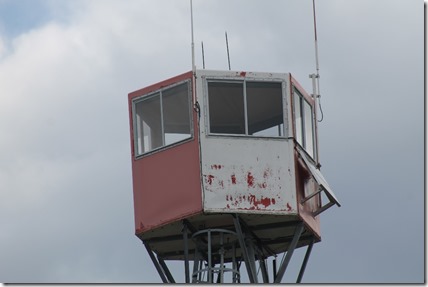 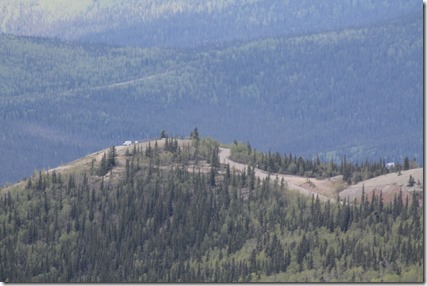 After that, it was time for a drive out along Bonanza Creek, where the discovery was made that started the huge rush for gold in the area.

Dredge #4 is still in place where it sank, and is being restored and maintained by Parks Canada. 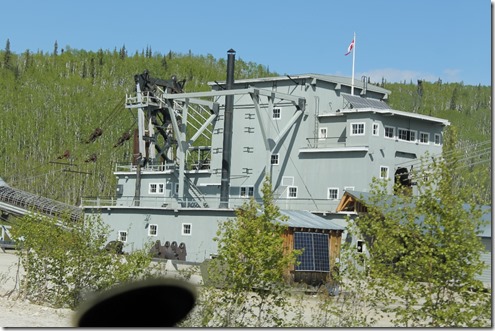 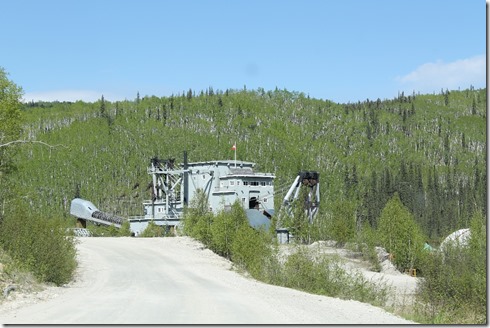 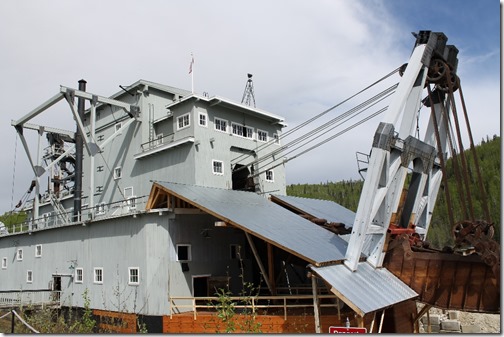 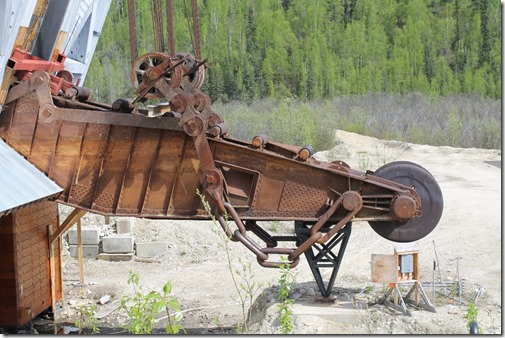 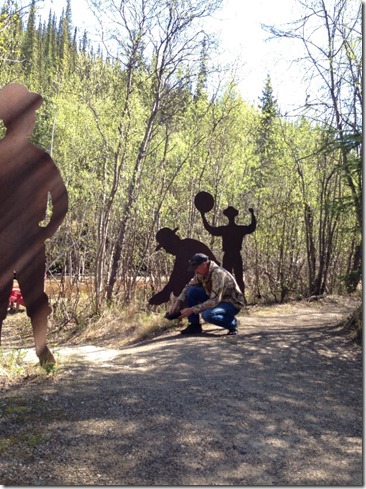 I had my gold pan with me, so it felt like deja vu all over again! 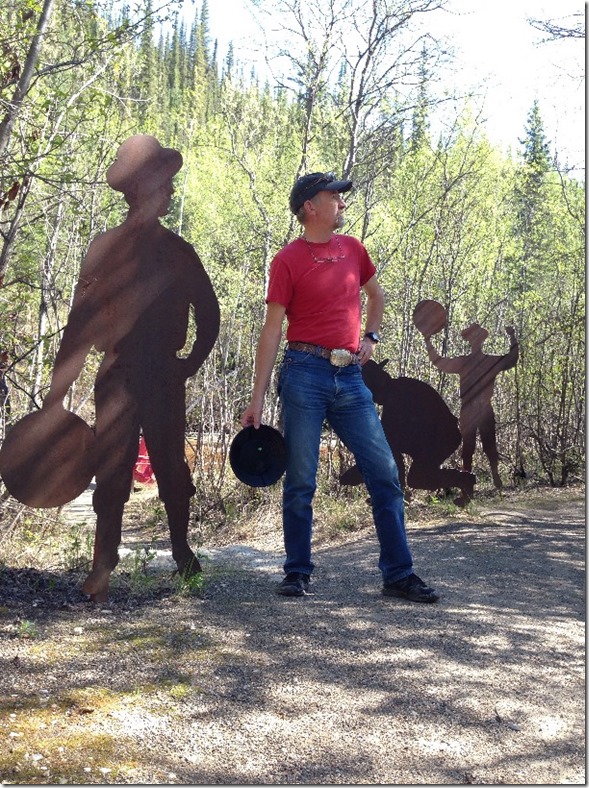 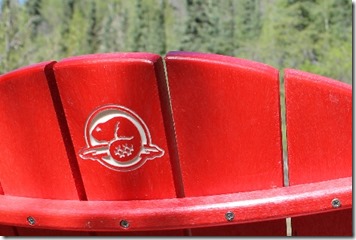 The weather was warm and mostly sunny, so there was no choice but to head for Chicken, Alaska, via the Top of the World highway…