Apparently (!) there was a big game on Sunday?

I watched it at Mittry lake wildlife area.  The opening anthem was by a coot couple, backed up by an entire chorus of red-winged blackbirds.  A hercules from the nearby base provided the required fly past. 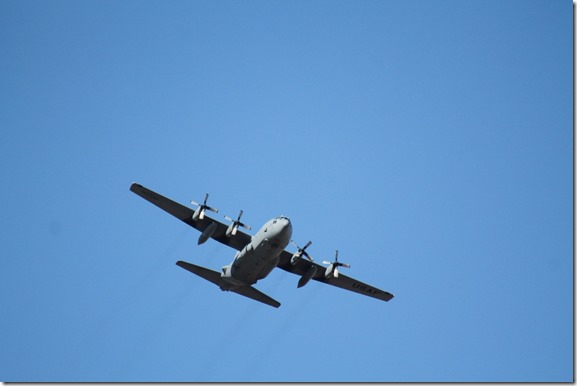 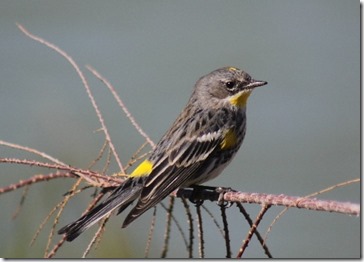 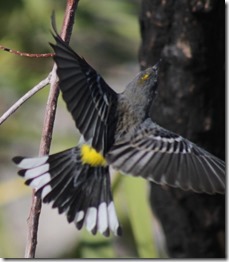 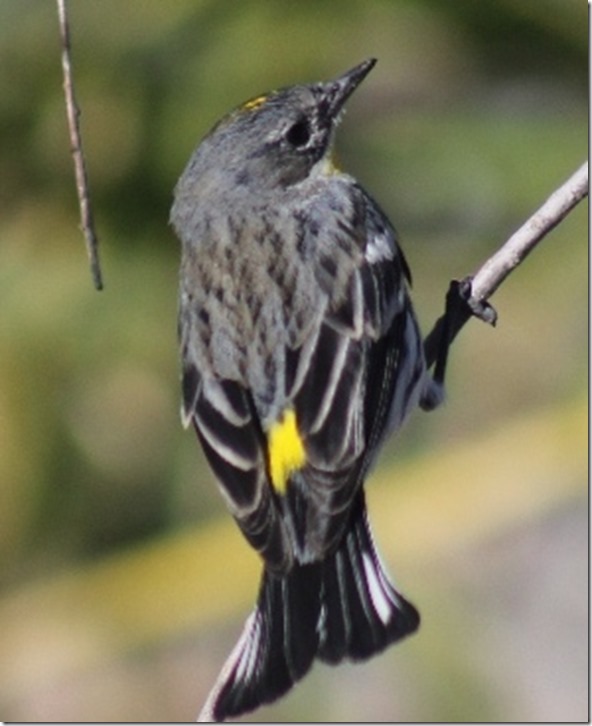 Game time snacks were provided and devoured with gusto. 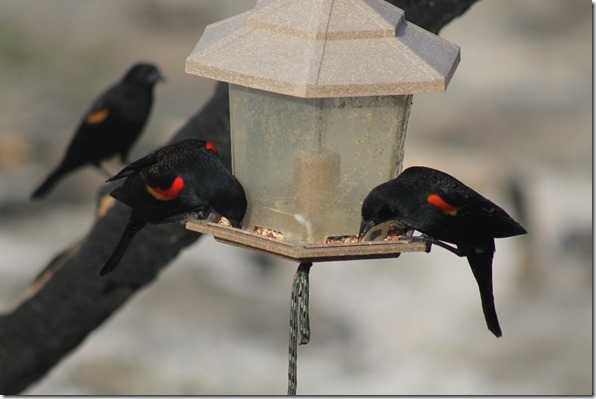 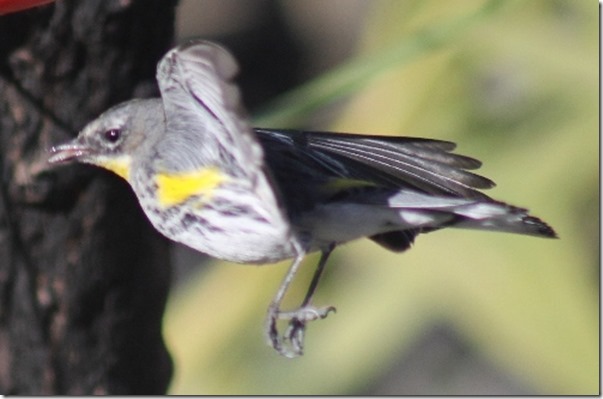 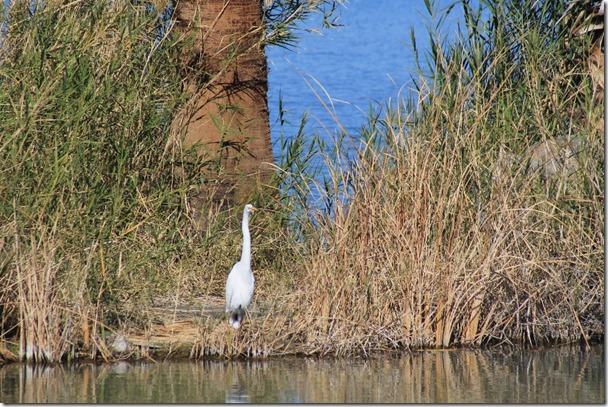 From the sidelines, the head official watched intently – for any out of bounds fish or frog.

In the opening half, it was all about defense.  The one boss defensive back hummingbird did his best to prevent any scoring at the feeder by the other side.  They got close a few times and tried various tactics, but they were amazed by the lightning speed of the defence! 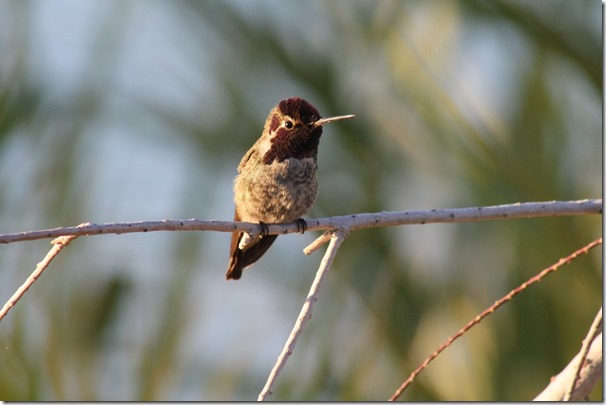 At half-time, entertainment was provided by Wile E Coyote and a few of his friends providing backup. 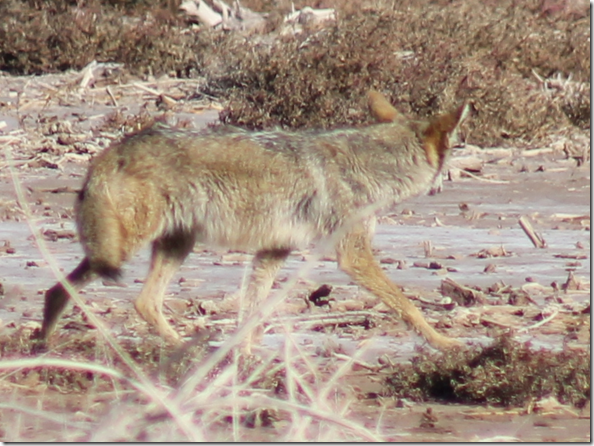 Roadrunner did not show.

In the second half, as darkness fell, the offence took over.  The offensive line swooped and dived, and were so fast they were hard to see.  It was the little brown bat line that really took it to the flying insects ineffective defence.

When I finally went inside and turned on the TV, there was some sort of celebration going on, and a trophy presentation.  I guess there must have been some sporting event on TV as well? 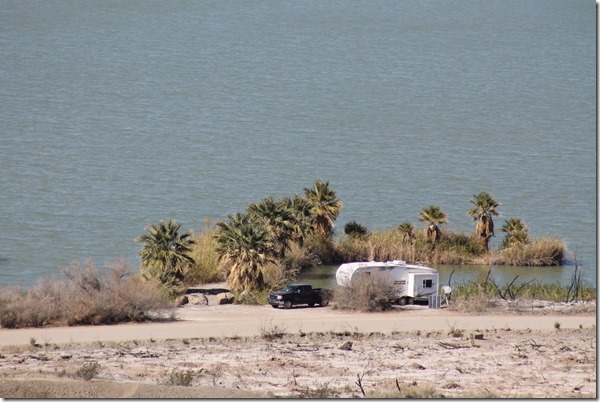 I had heard about Mittry Lake area for years from fellow RV bloggers, and pretty much knew where it was, but never quite firgured out how to get there.  This year was different.  As I cruised by on my way to/from the Imperial dam area, I finally spotted the small sign at the turnoff.  Since it was still early in the day, I decided to head in to Mittry just to check it out for future reference.  The five miles of gravel road along the canal was rough, dusty, and had some decent washboard sections, so I was tempted to turn around, since I was towing the rig at the time.  But since I knew that I was unlikely to pass this way again, I decided to grit my teeth and just check it out anyway.  The area is co-managed by BLM and Az Fish & Wildlife, and has a couple of boat launches and some fishing piers.  When I finally reached the lake shore, I found that most of the nicer water-front spots were already taken.  There were lots of gravel areas up to the rear, but they did not appeal to me that much. 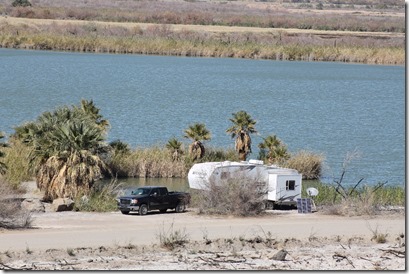 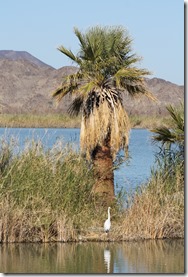 I drove right through to the south end where the road exits into agriculture areas, then turned around and came back.  There was one spot near the water and possibly recently vacated that looked like it just might be adequate for a single night.  After a quick chat with the next door neighbours, I was soon set up no more than 10 feet from the water!  After only a few minutes at happy hour under the palm trees, it became evident that this was not going to be just an overnight stop! 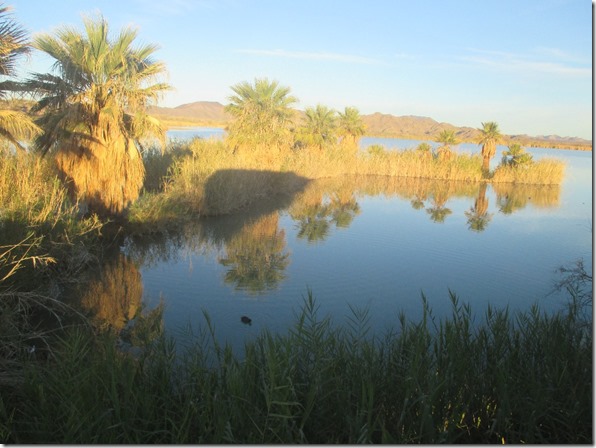 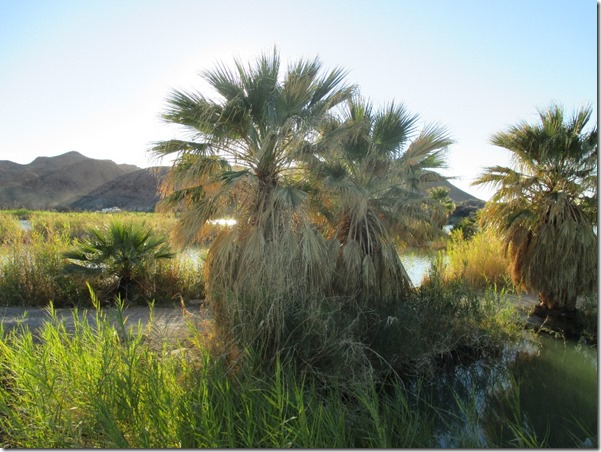 The neighbours were a bit closer than I usually prefer, and there were a few more generators running at night, and the road was closer and dustier than it could have been, but being on the water, among the palms, and having lots of wildlife around made up for it.

Being situated between the Marine Corps station at Yuma and within sight of the airfield at the Proving Ground, there were a fair number of aircraft in the area.  Paratroops made regular drops to the north, and I could hear all sorts of shooting and missiles and target information on my radio scanner! 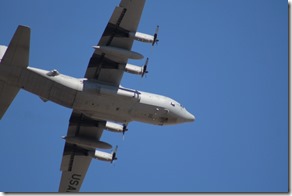 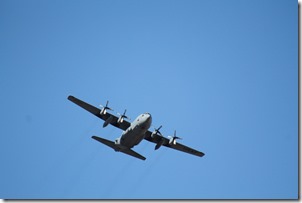 I discovered that it was only 20 km north of Yuma through more intensely farmed and irrigated land, and there is decent hiking back up in the hills, so I took advantage of both, several times.

Recent rains have inspired the ocotillo cactus to sprout their leaves and a few blossoms. 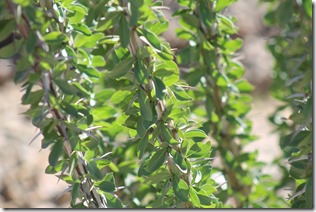 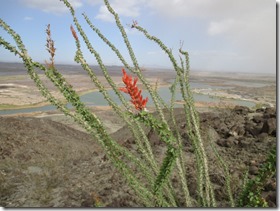 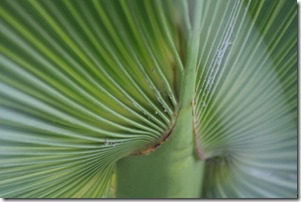 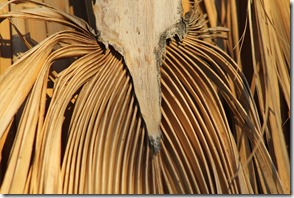 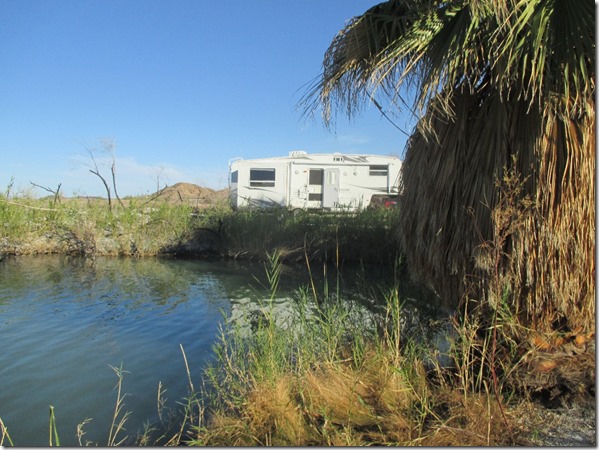 Hailey had full time scenery and wildlfe to watch right out her window, and she of course enjoyed hunting out in the tall grass along the shoreline – but only when it wasn’t too windy. 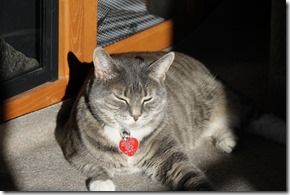 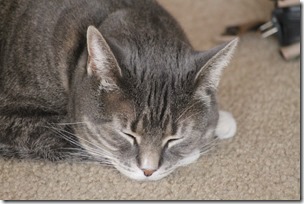 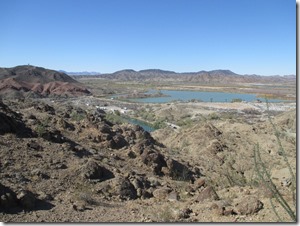 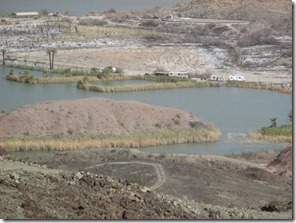 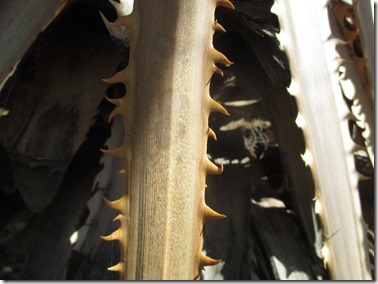 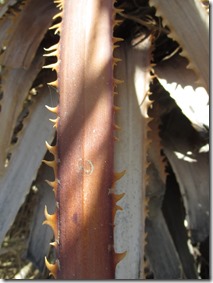 And of course, there was a sunset, every single night! 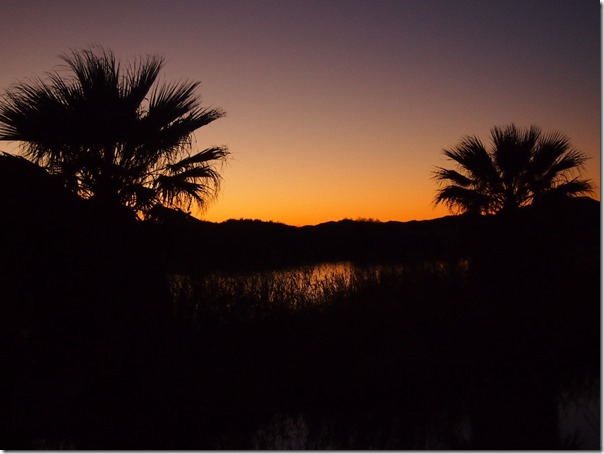 Where to next?  Anyone’s guess.  I’ll let you know when I get there.