Invasion from the Air!

Forgot to mention in the last post…  I was still camped up on the high ridge at Standard Wash BLM area just south of Lake Havasu City when a very large and fancy 3-axle toy hauler pulled in and set up after just coming in from Lake Havasu direction.  Shortly after unloading an atv and putting slides and awnings out, the couple came over to chat.  Well, to ask a question actually.  They wanted to know where they could fill up with water!  They had forgotten to fill up and had NO water on board. To avoid identifying and embarrassing them, I can’t mention that they were from Kansas, or somewhere else!  I doubt that they will forget water a second time

.  Also, from the Havasu cutting room floor I found this one.  You know when spring break is on because there will be aircraft towing banners up and down the lake.  But this one may be especially applicable to the spring breakers!

I’ve been working on a few time lapse videos while driving.

Here’s one coming in to the Hoover Dam from the south, over the new bridge, then onto the Northshore road and through the entry gate.

There was a 20 min delay for paving work on the Northshore road, so the next one starts off behind the pilot vehicle, then carries on north all the way up the NS road.

Near the north end of the National recreation area we pulled into the usual spot at Stewarts Point.  There were relatively few rigs in the area as I think these signs along the access road were scaring some away.  There certainly was a good crowd just down the road at Poverty Flats. 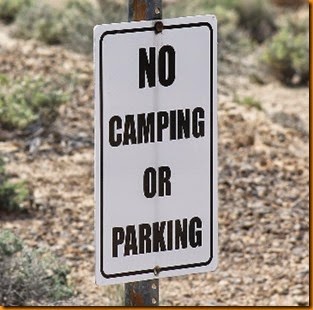 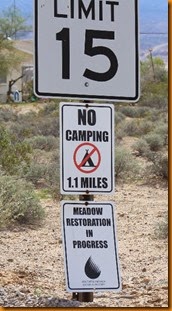 The usual ‘15 day camping limit’ sign is up at the start of the road, then the ‘no camping or parking’ sign comes into view.  I think it just refers to that section of road as further down another sign just indicates that there is no camping in the next 1.1 miles.  At any rate there was lots of room and no close neighbours till my friends showed up the next day.  But before they arrived, we were treated to a great airshow put on by the US Air Force, likely from nearby Nellis AFB.  After a couple of low passes down the lake by a C-130 Hercules with the back door open, a large container came out on two parachutes, followed shortly by  6 troops with parachutes.  All landed in the water in the middle of the lake, but right off shore from camp! 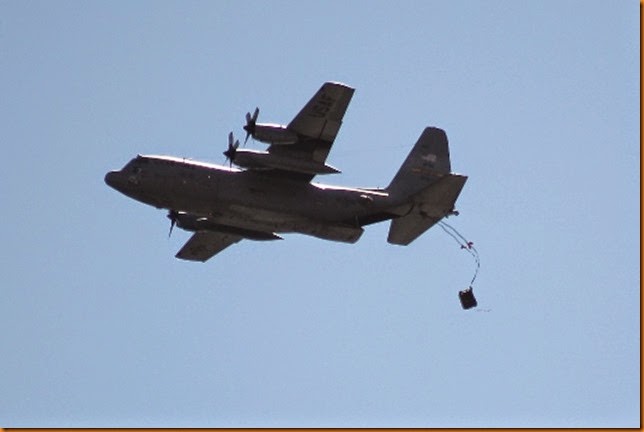 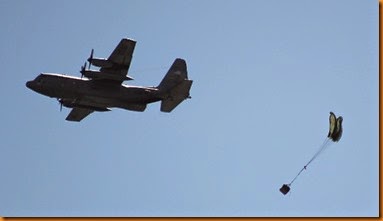 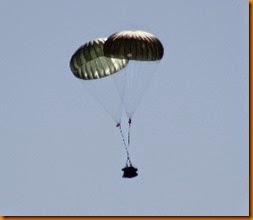 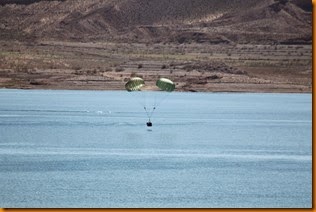 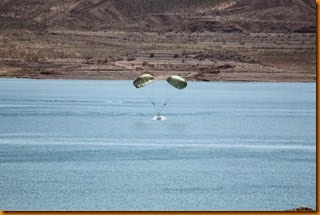 There was a couple of ‘safety’ boats watching the exercise, but as far as I could tell, they did not assist, other than pulling all the discarded parachutes out of the water. 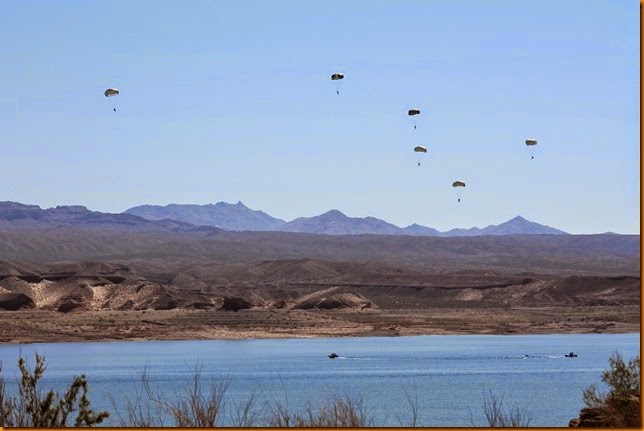 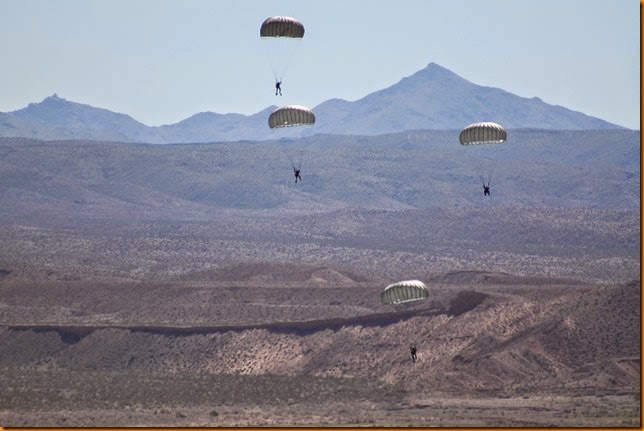 Shortly after, the Herc did another pass and 6 more jumped out! 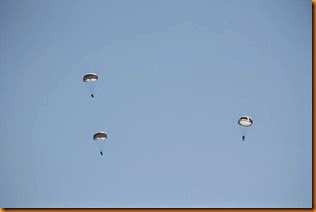 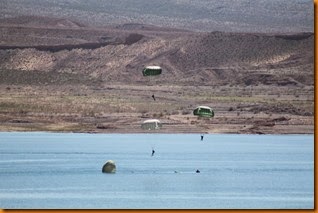 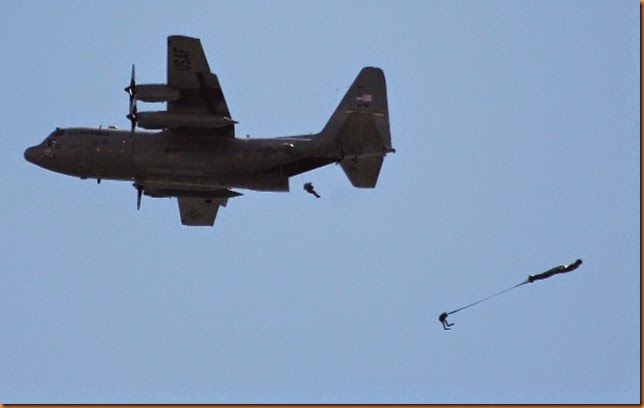 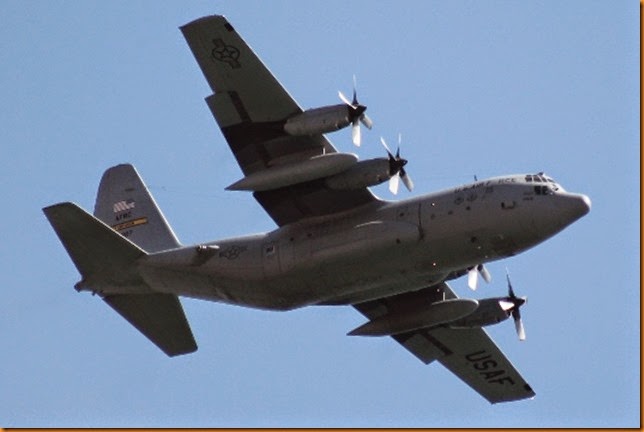 The last one to jump out had a long swim back to join up with the others!  They all assembled around the large package that was first out of the plane and eventually assembled, inflated, and motored off in the boat they put together. 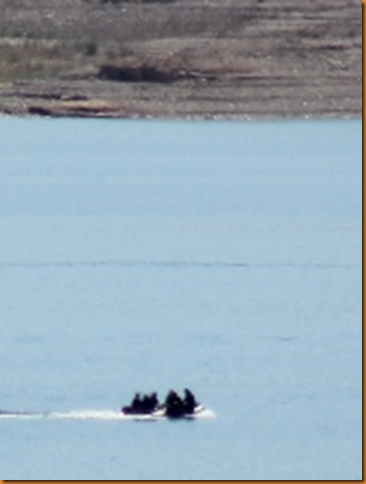 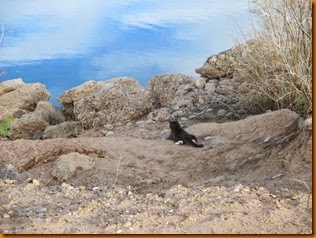 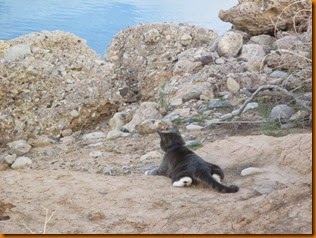